Rounding out our 2009 lists are our picks for best editorials of 09. Given that there were literally hundreds of editorials that came out this year, we went with the ones that stood out in our minds, kept us talking or just plain dazzled us. Keeping the list to just 10 was difficult, so be sure to tell us your favorite editorials of 2009 too. 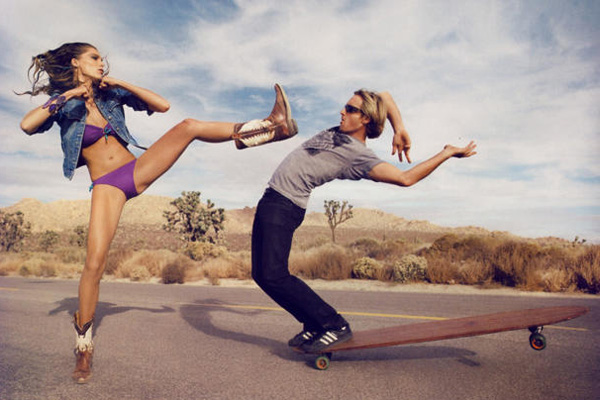 The juxtaposition of those metallic dresses with the modern architecture was beautiful, plus it made us appreciate the incredible design of both. 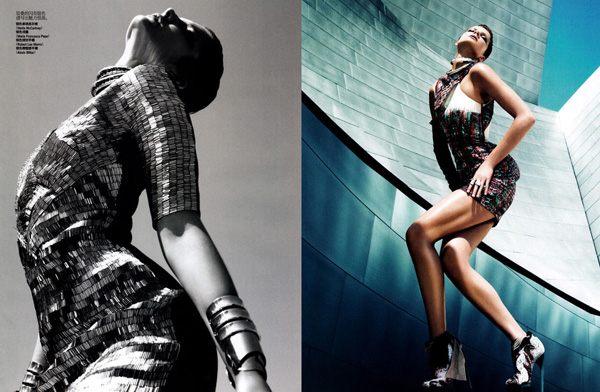 Pop culture was full of vampires and villains this year, so Klein’s controversial tale of a bloodthirsty Lara was especially relevant. 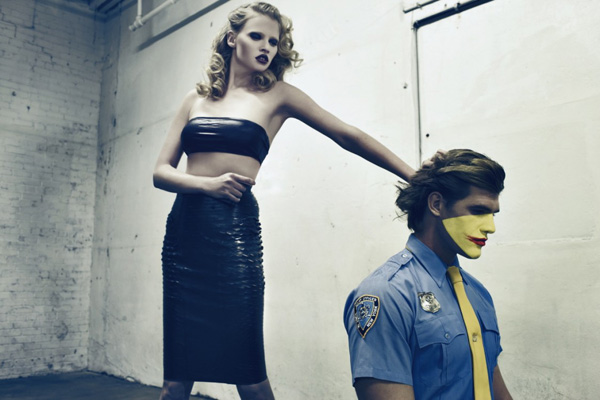 Who would have thought that Kaws’ artwork and couture would work so perfectly together? 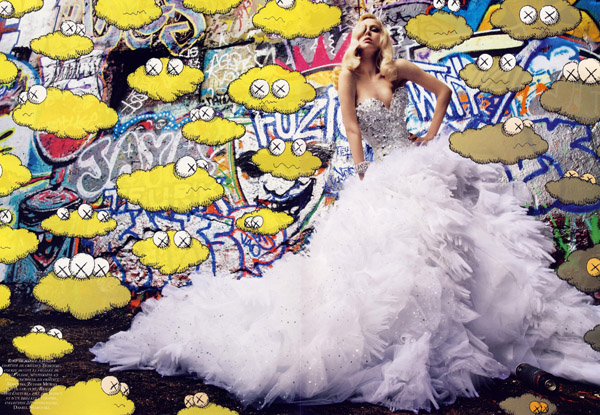 It was exciting to watch this story being shot on Showstudio and then to see the beautiful final result. 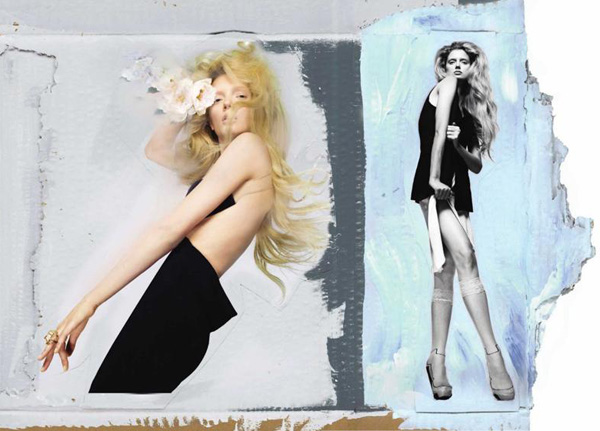 This story was an absolutely joy, hands down one of the best editorials we’ve seen in American Vogue. Ever. 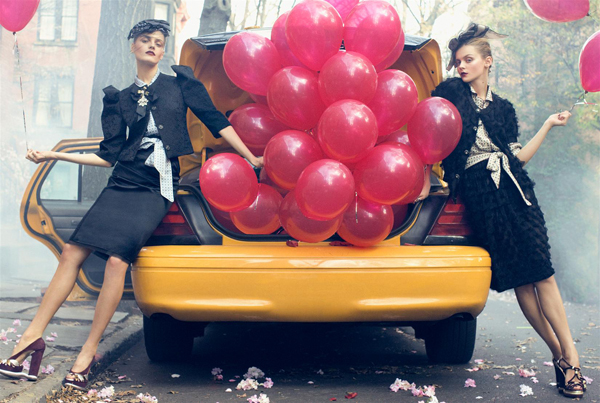 Dazed is always pushing the boundaries of editorial and this was another cool concept : everyday objects turned into visually arresting fashions. 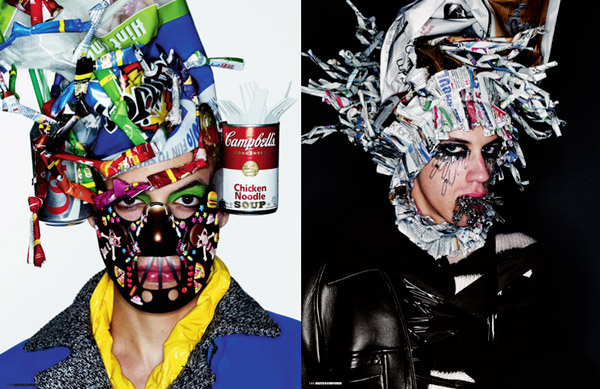 Times Square has never looked as fashionable as it did in this energetic story. 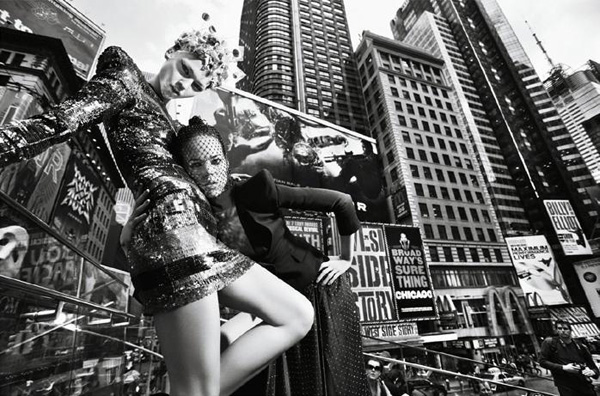 Male models as music idols – everyone from Michael Jackson to Grace Jones is payed tribute in this story. 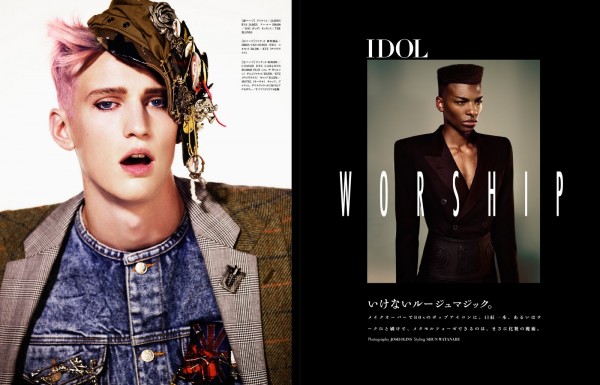 Finally fashion goes into the hands of the models themselves : the years most talked about and tweeted story lampooned social media while giving us a peak at the private lives of our favorite models. 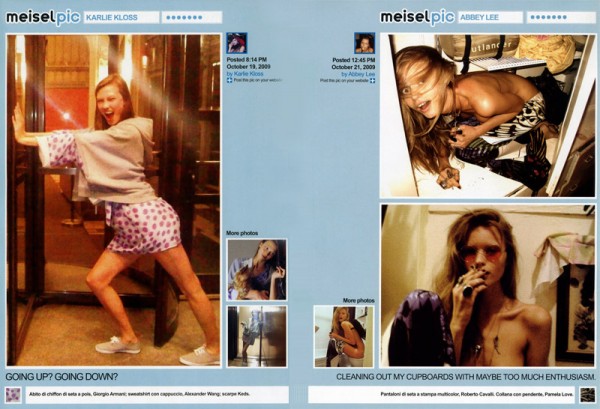 What were your favorite editorials of 2009?