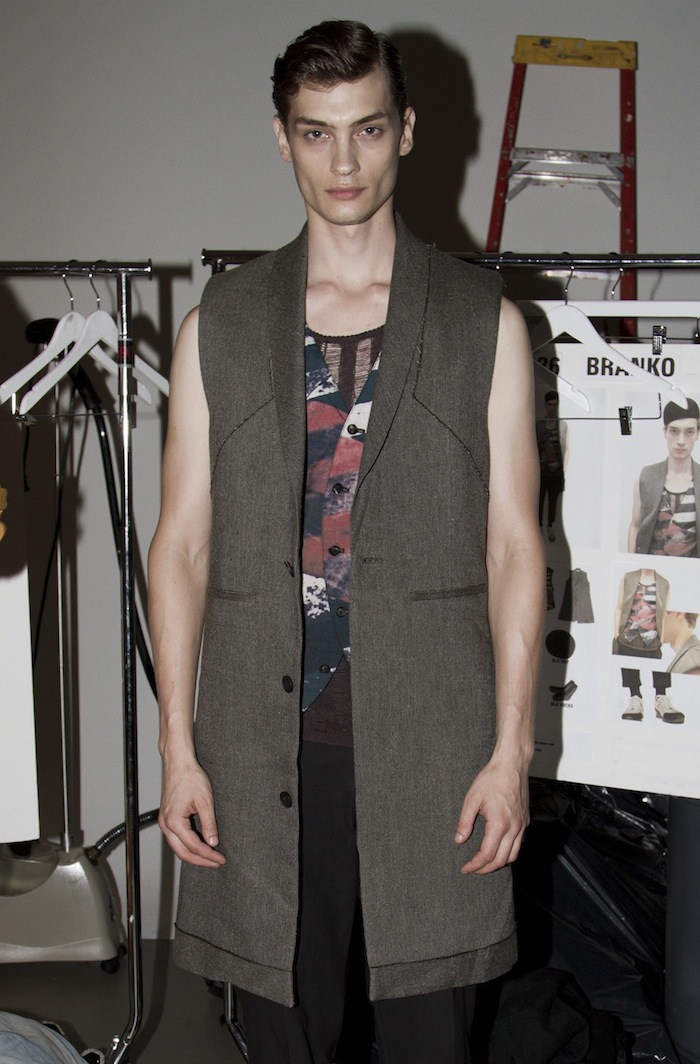 Robert Geller has always had a penchant for mining 20th-century European history for inspiration, whether it be the painters and poets of interwar Germany or the punks of Joy Division-era Manchester, but he looked a little further east for Spring 2014, settling on the turbulent youth of Moscow in the years right before Communism crumbled. The strict Constructivist set nodded at Geller’s affinity for Malevich, while the clothes themselves hinted at the flux of a time of great societal change. Malcolm de Ruiter’s color-blocked Neoprene vest played on the season’s ubiquitous surf theme, while Branko Maselj’s sturdy vest had a smudgy print that brought to mind weathered protest posters. Alexander Ferrario’s opening look offered the clearest example of disintegration, as the sheer vertical stripes of his tank tops dissolved into blurry streaks on his cuffed shorts. There was, as there always is with Geller’s smart collections, an air of intellectualism to the pieces, from Max von Isser’s collarless coat to the nubby texture of Aiden Andrews’ faded sweater. These were clothes for guys who are always dressed to face the future, whatever it may bring. 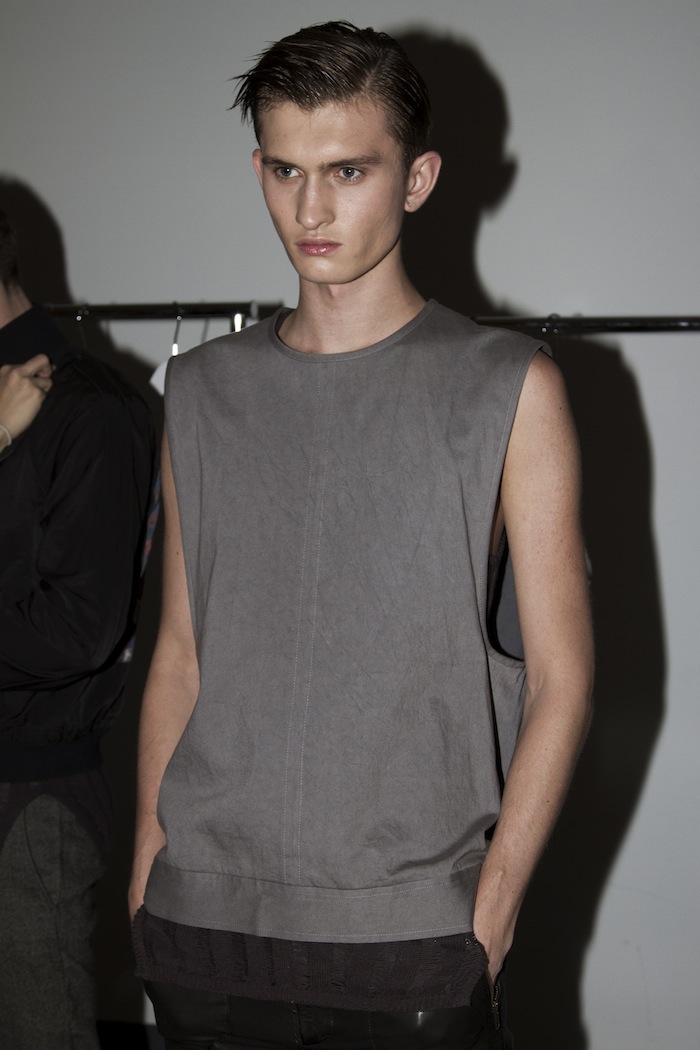 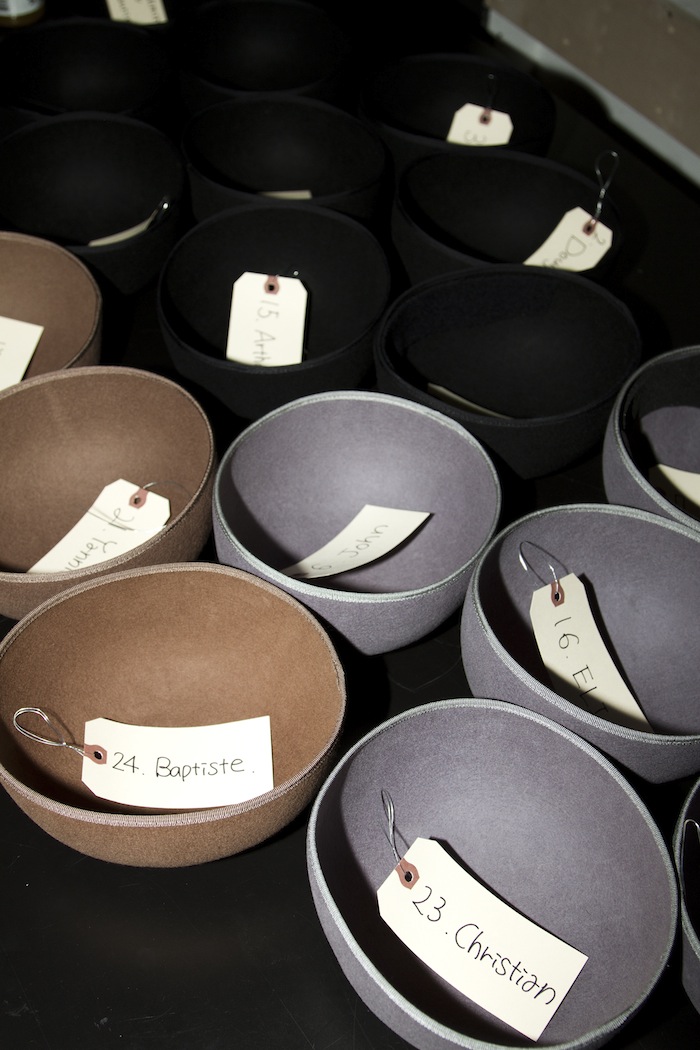 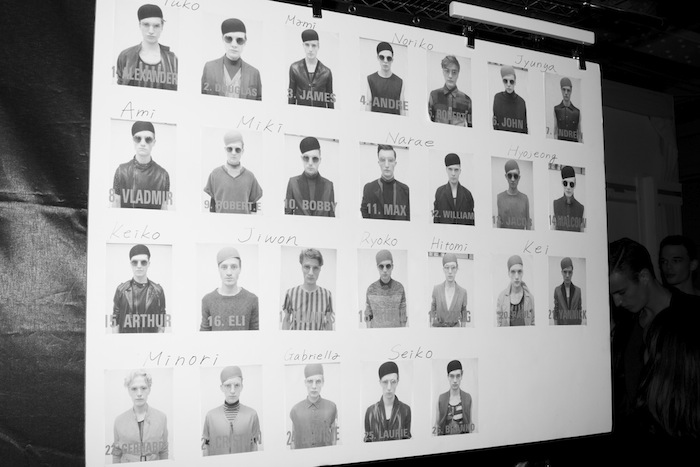 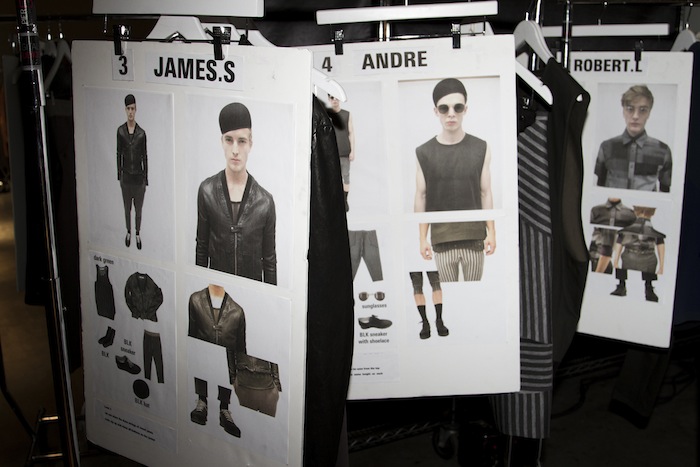 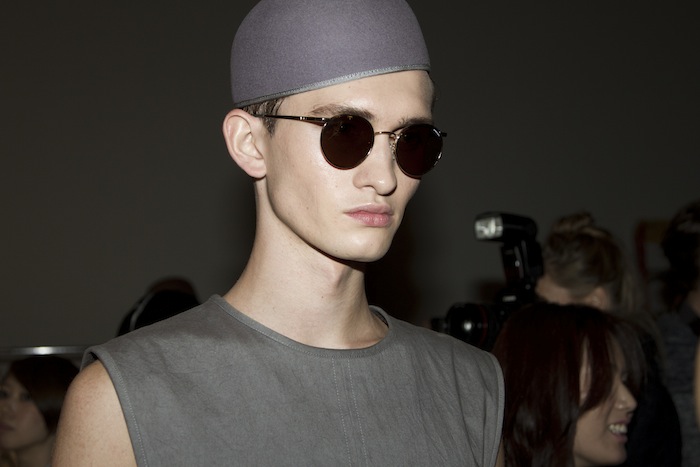 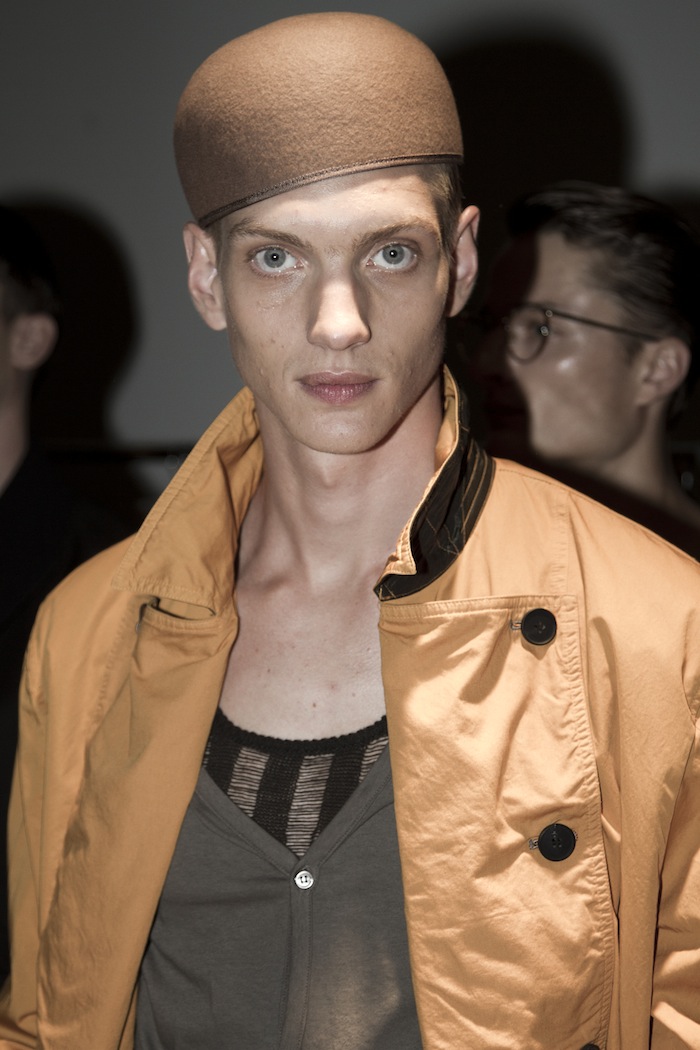 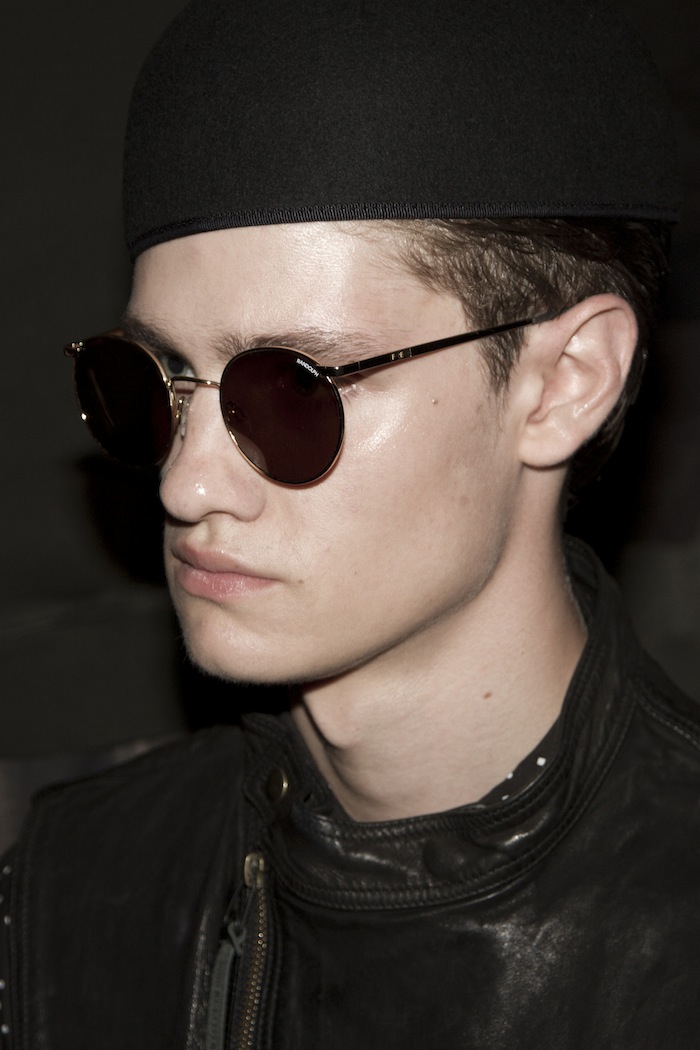 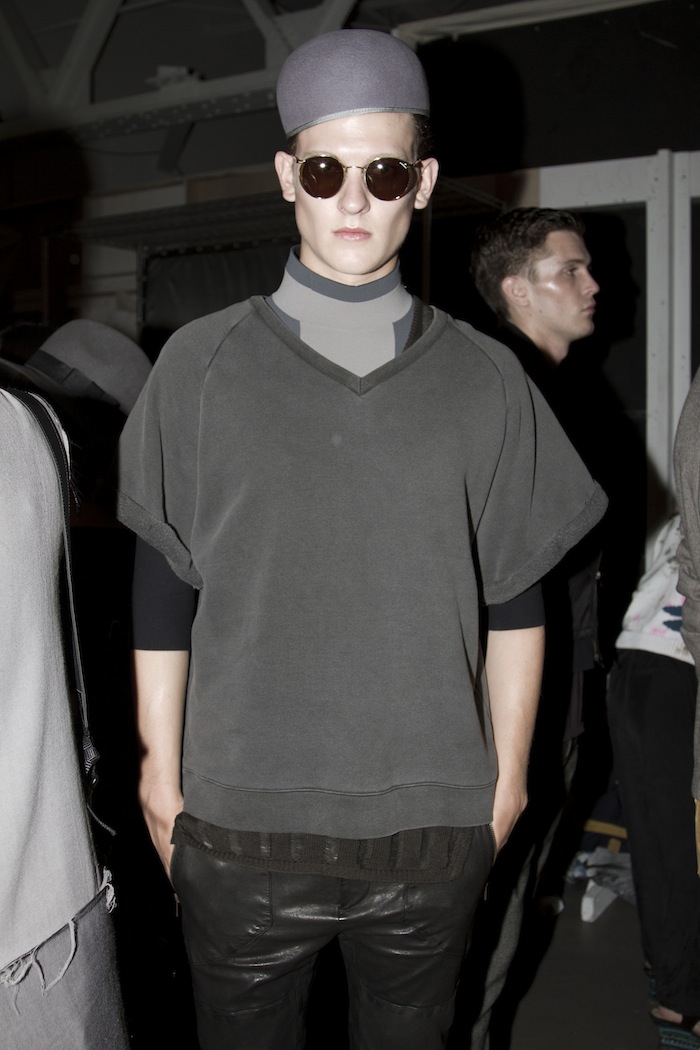 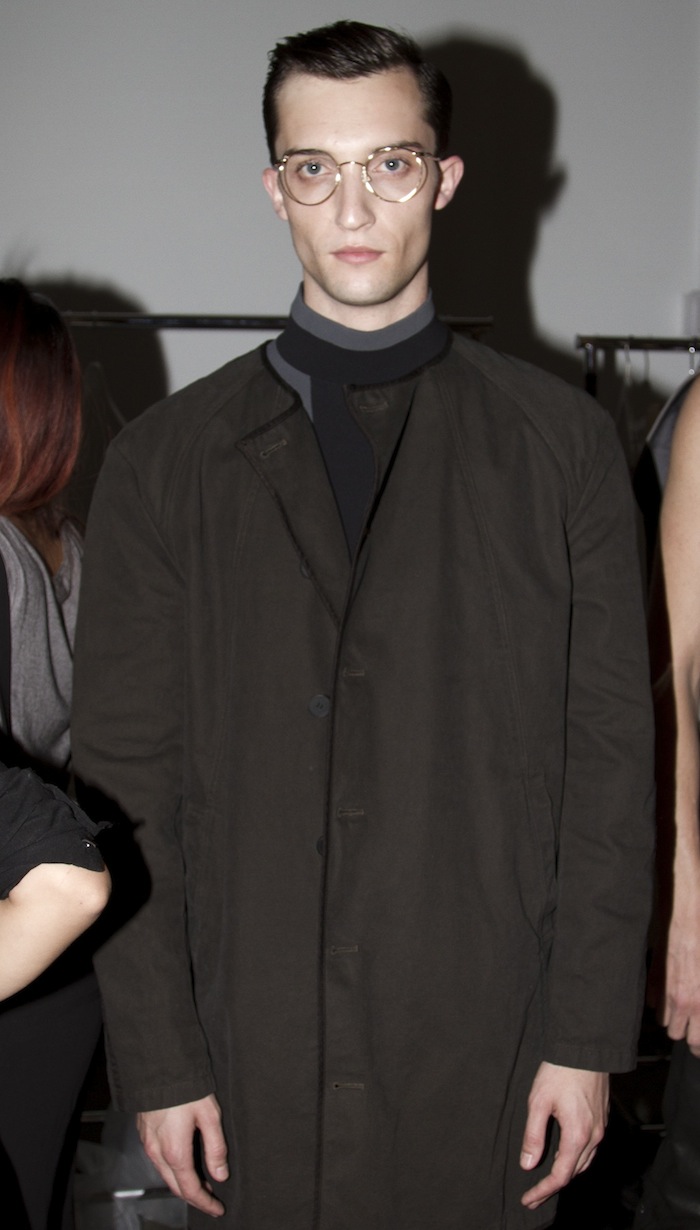 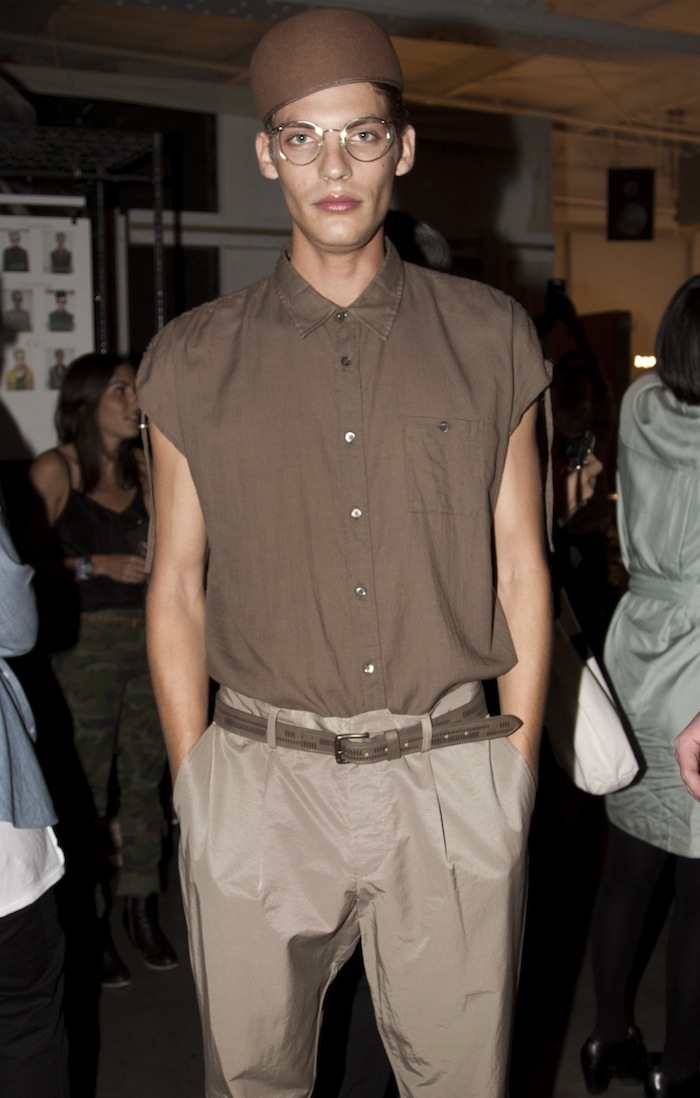 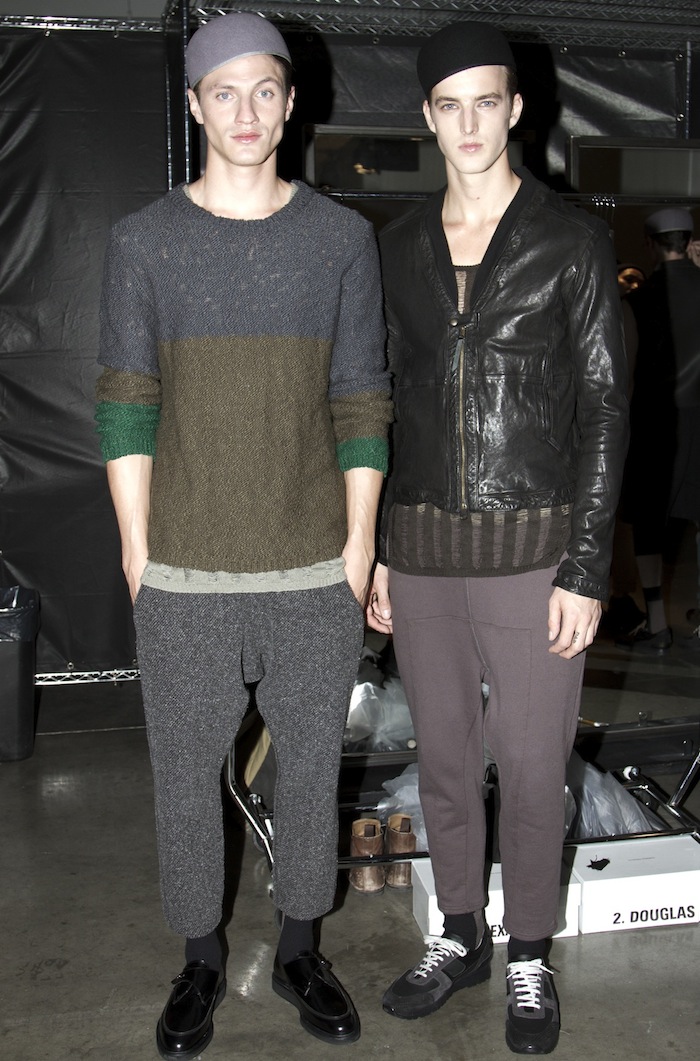 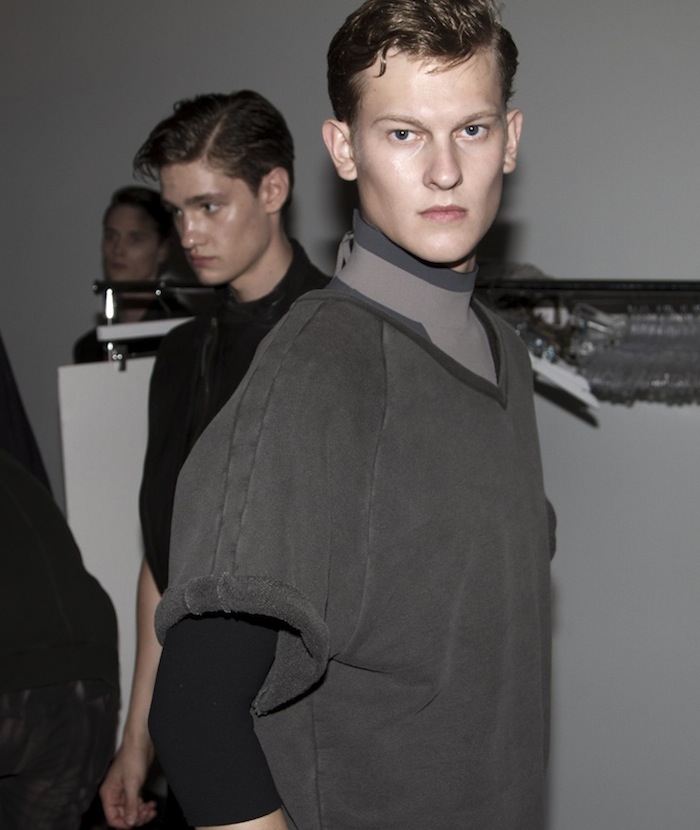 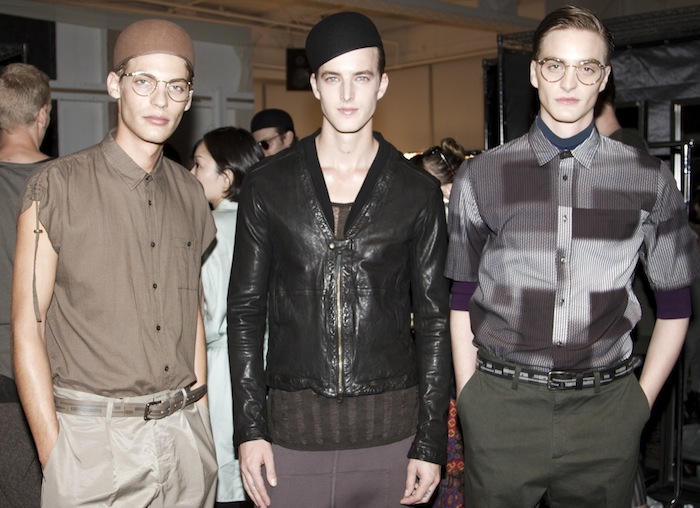 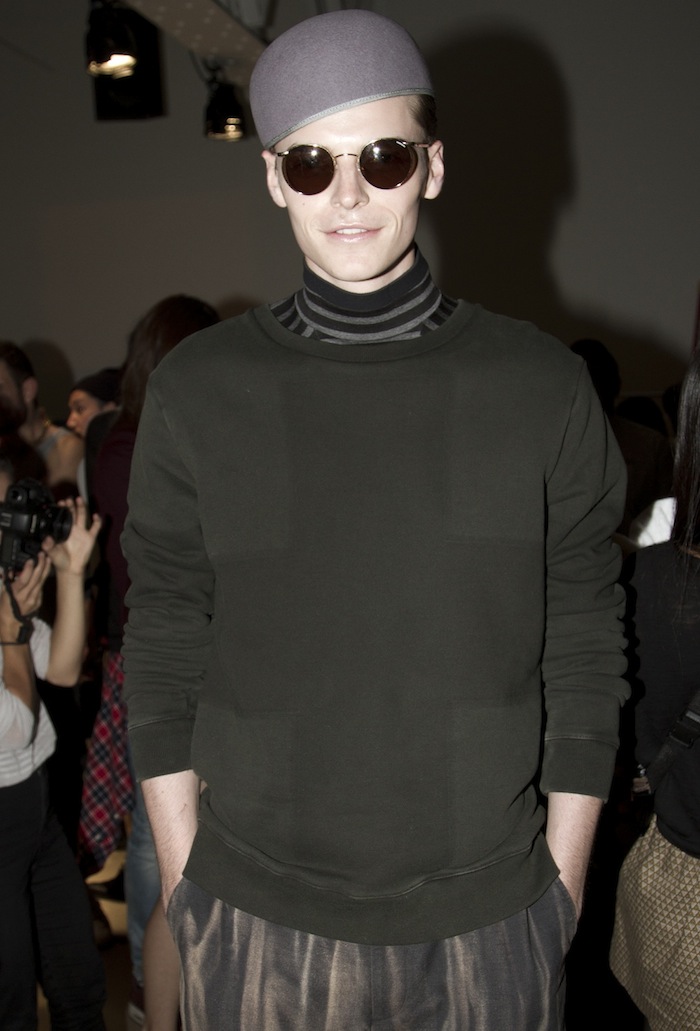 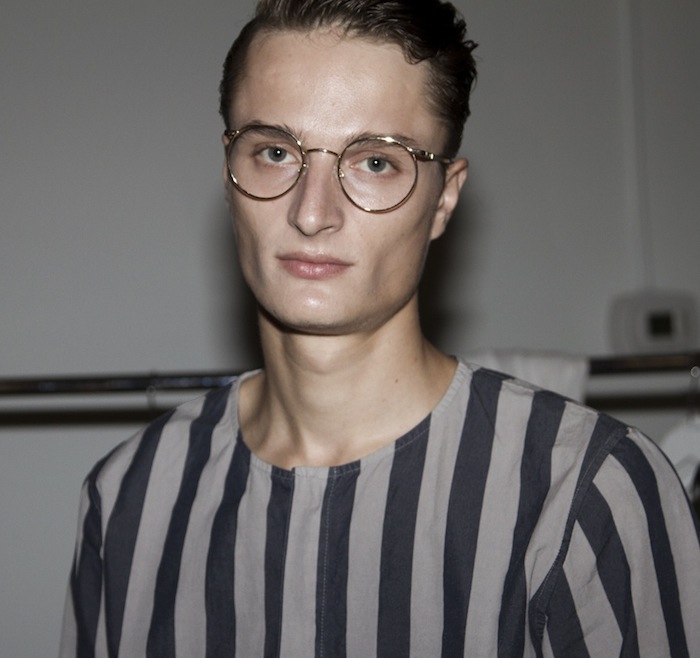