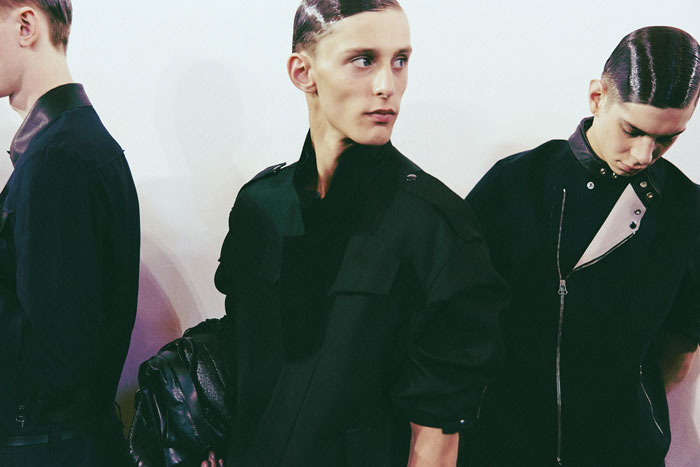 Those who took note of the flower power coming out of the Spring 2014 men’s collections might have been reminded of the dark floral print that bloomed across Anders Hayward’s t-shirt and trousers at last summer’s Lanvin show, but anyone expecting a reprise this time around would have been sorely mistaken. Designers Lucas Ossendrijver and Alber Elbaz are, after all, never ones to rest on their laurels, and their latest collection had all the typical gorgeous luxury of the house, but with a new purity to streamline the diversity of looks that had been so successful for Fall 2013. The soundtrack pounded, but there was a softness to the pieces, from the slim jackets to the short shorts, in a rich array of vibrant colors and materials. Miles Langford joked backstage before the show that his blazer seemed to get tighter every time he tried it on, but the end result was a perfect cut, even as it served as only one option among a plethora offered up by Ossendrijver and Elbaz. There were a number of looser, flowing silhouettes that looked easy and relaxed, from loose tank tops banded with different materials to a curving belted trench in effervescent hot pink. The colorful sneakers Lanvin is perhaps best known for did not make an appearance, but the loafers slashed diagonally with stripes of color made a very convincing argument for a more adult look. The closing looks were an engaging study of texture, with a crinkly, three-dimensional houndstooth running into a smoothly shimmering metallic, a fitting cap on a glorious demonstration of the powers of understatement and a certain restraint. 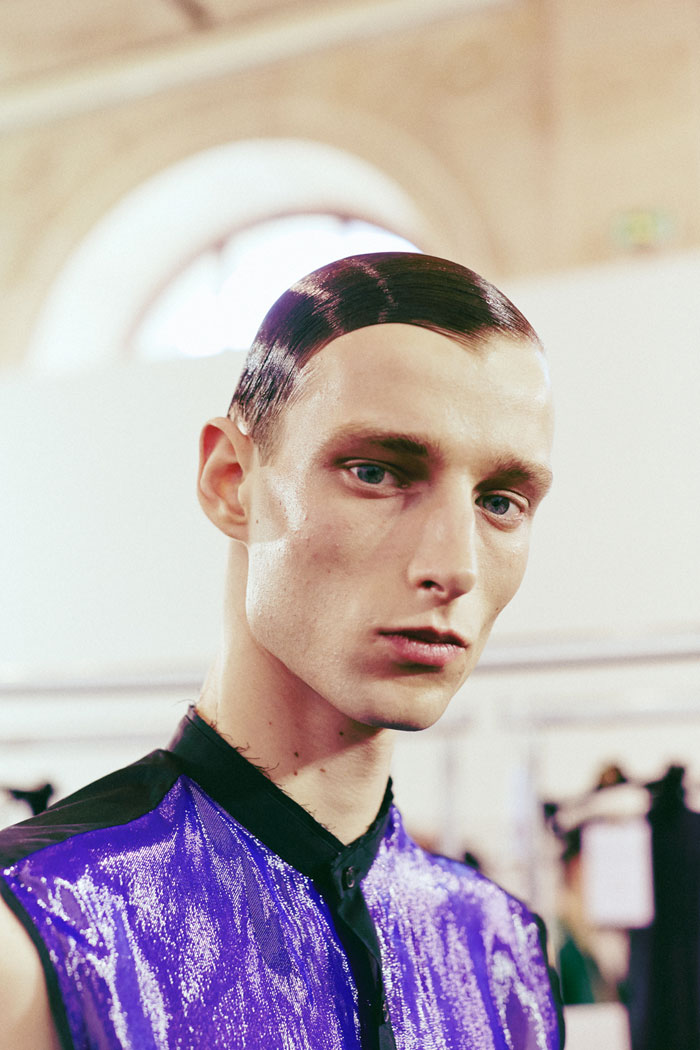 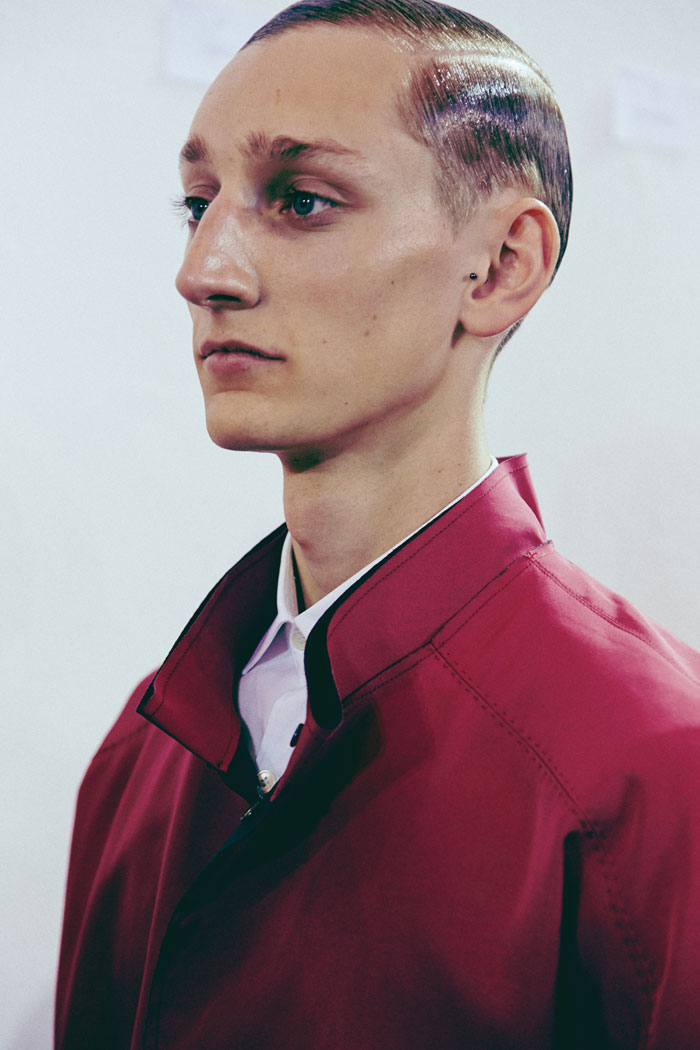 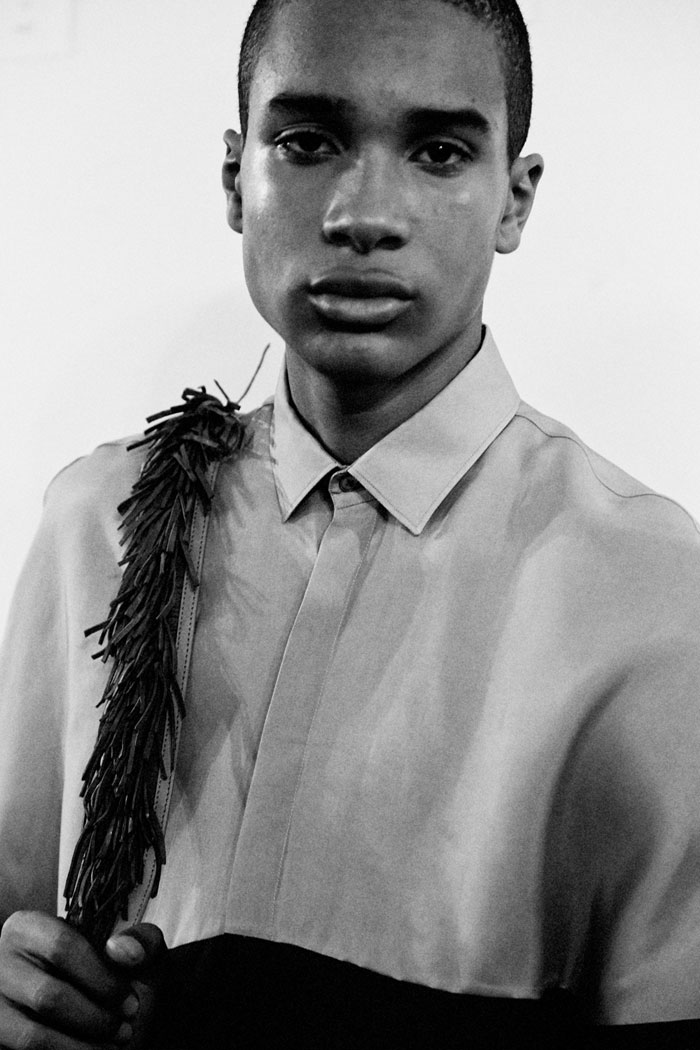 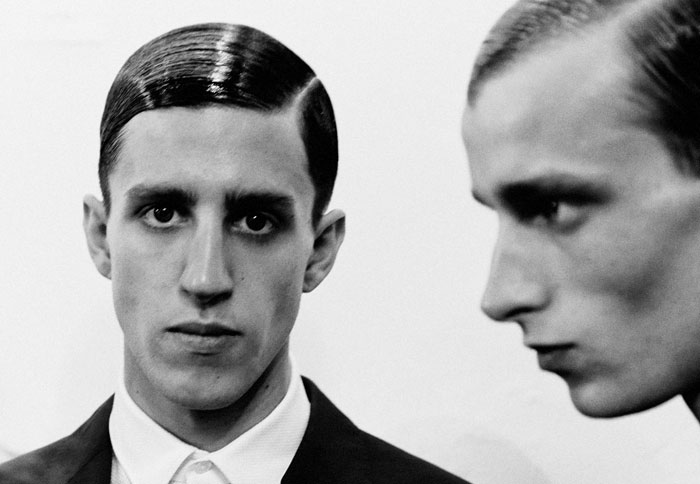 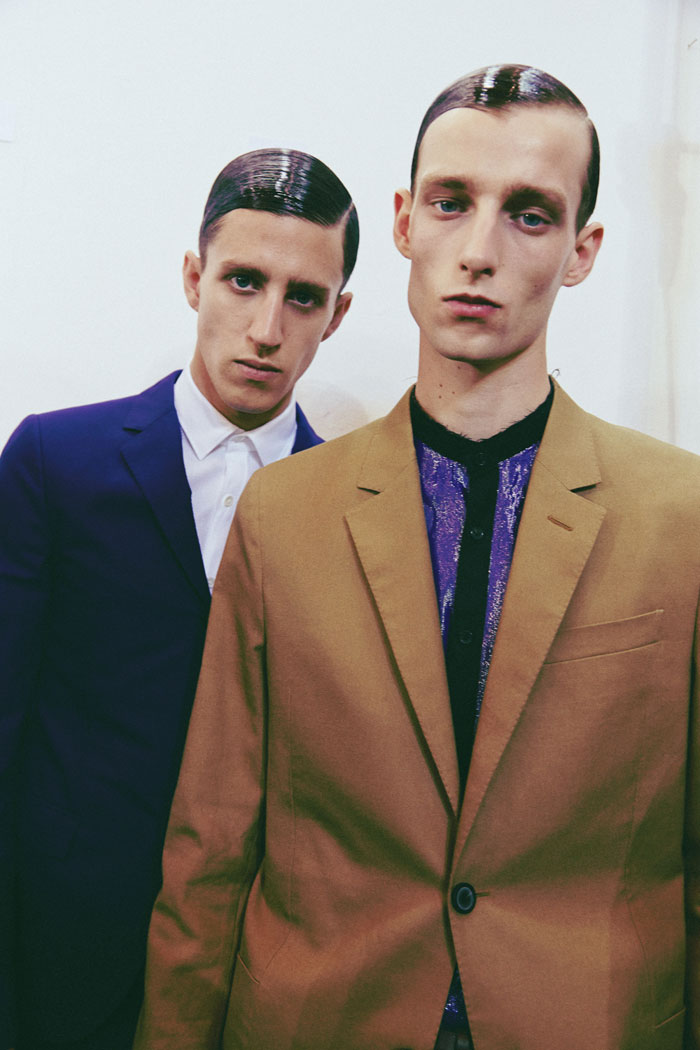 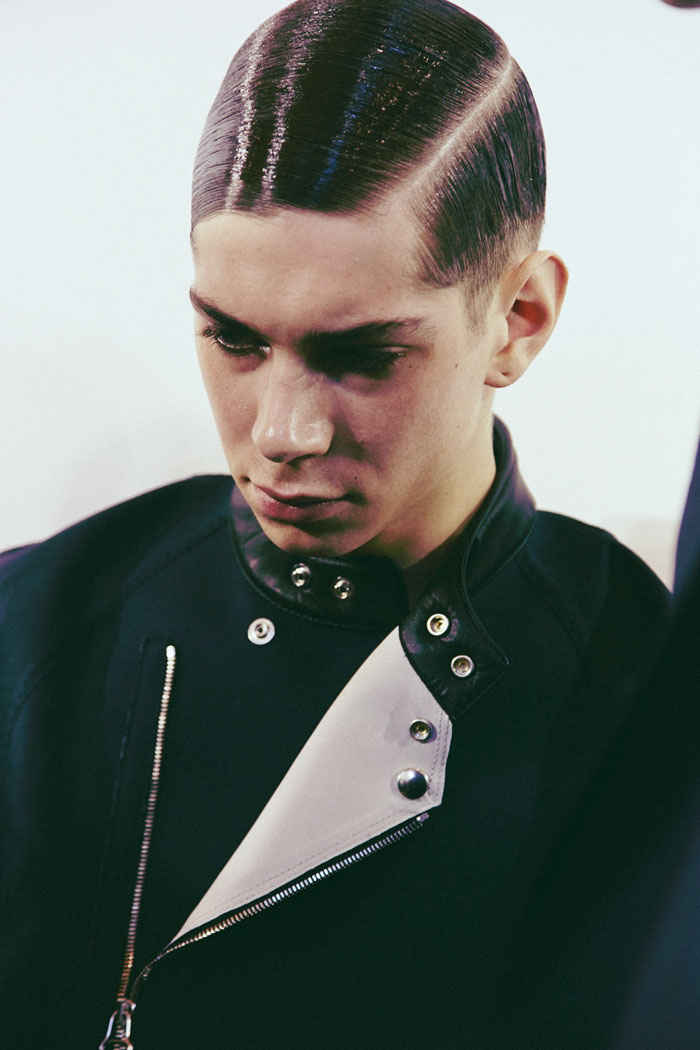 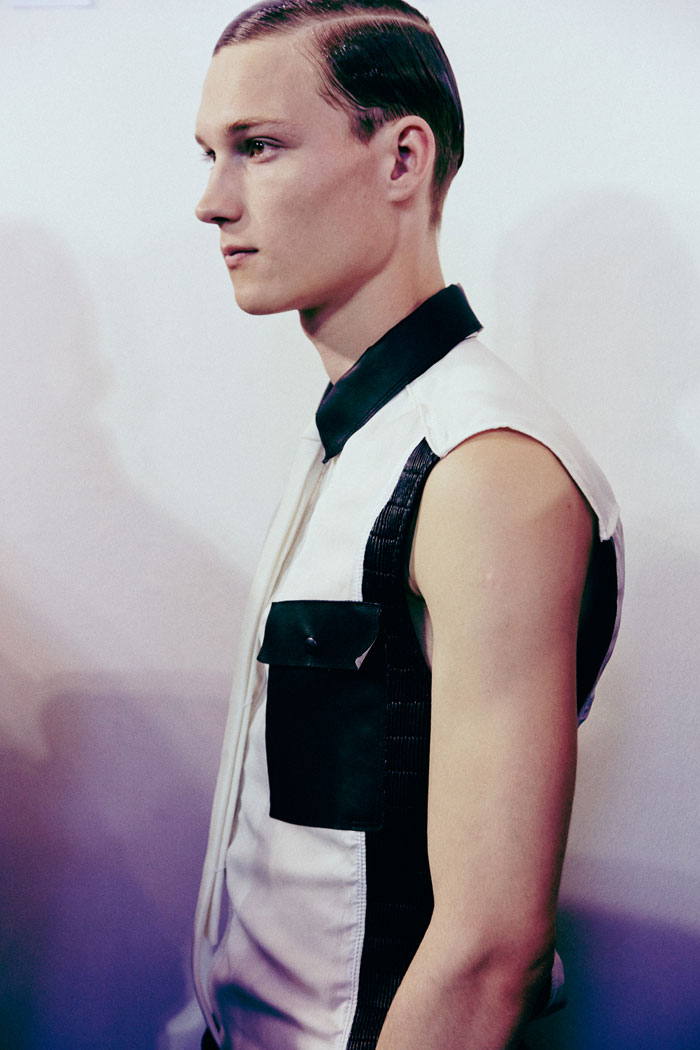 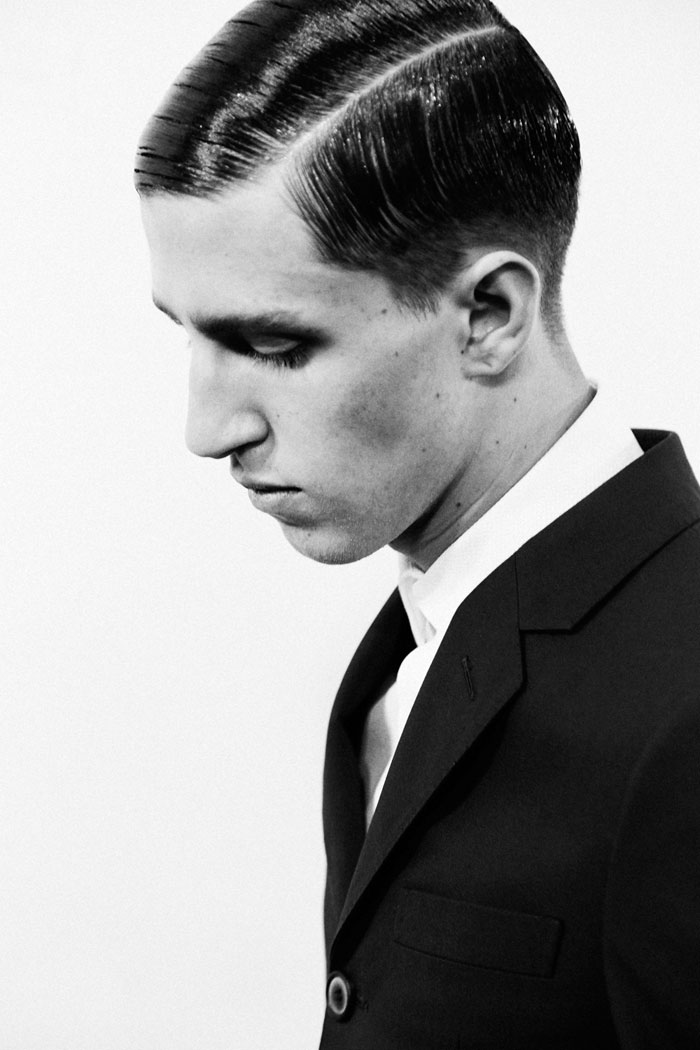 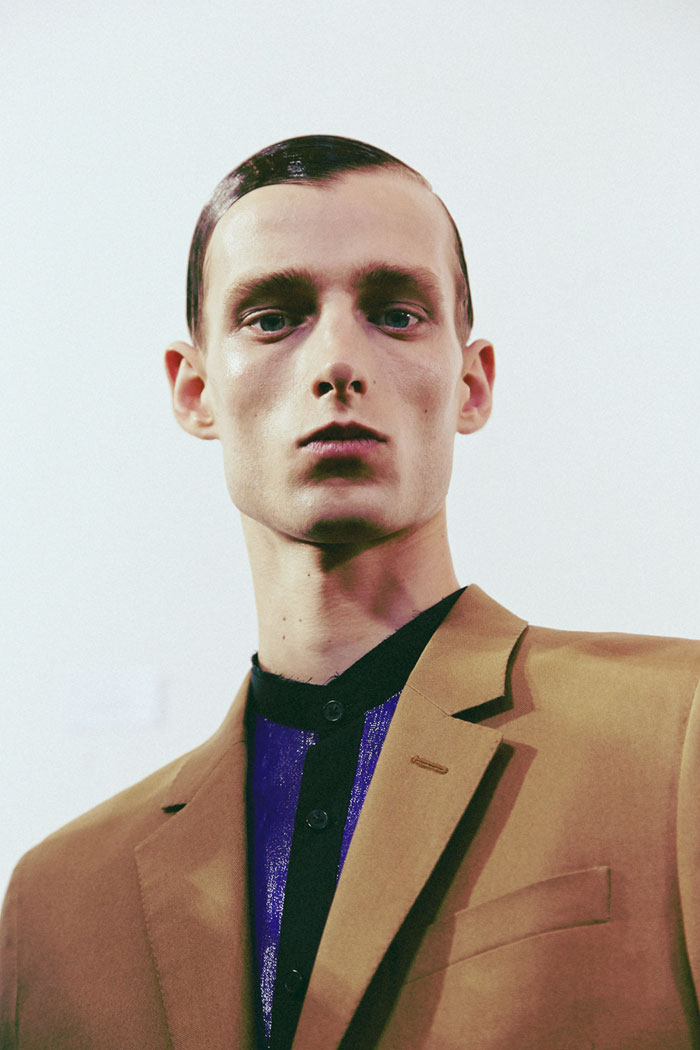 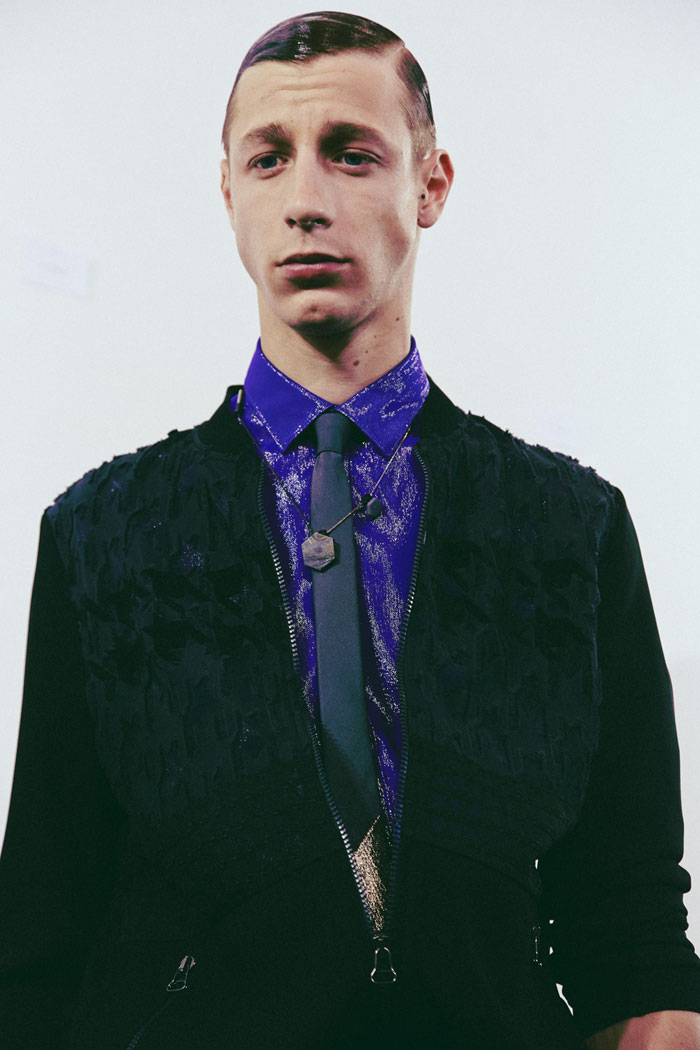 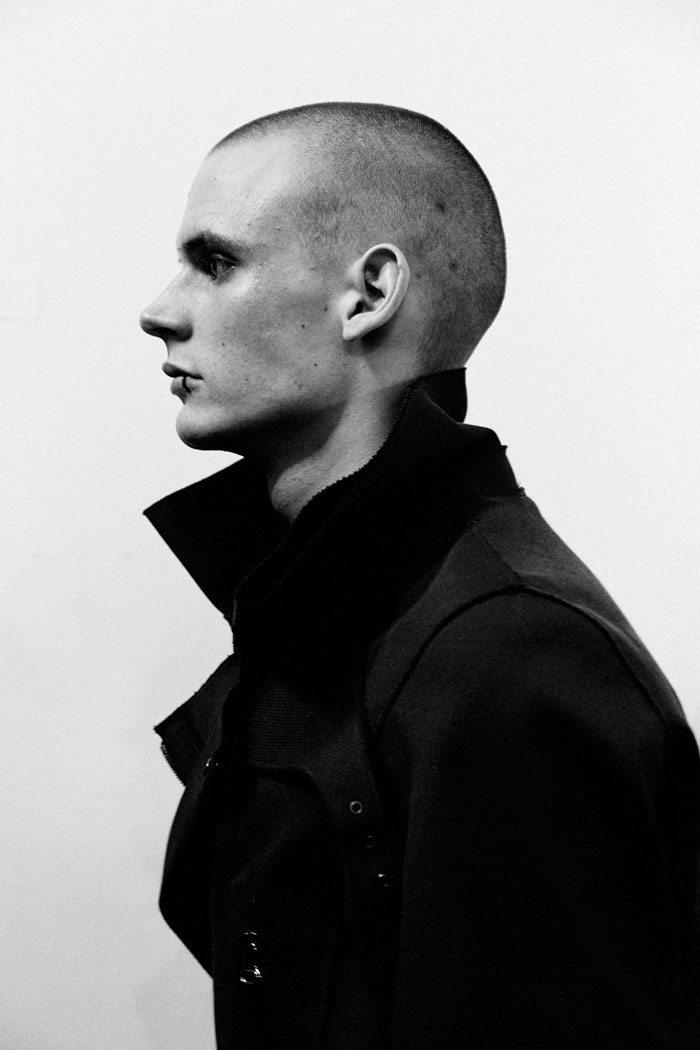 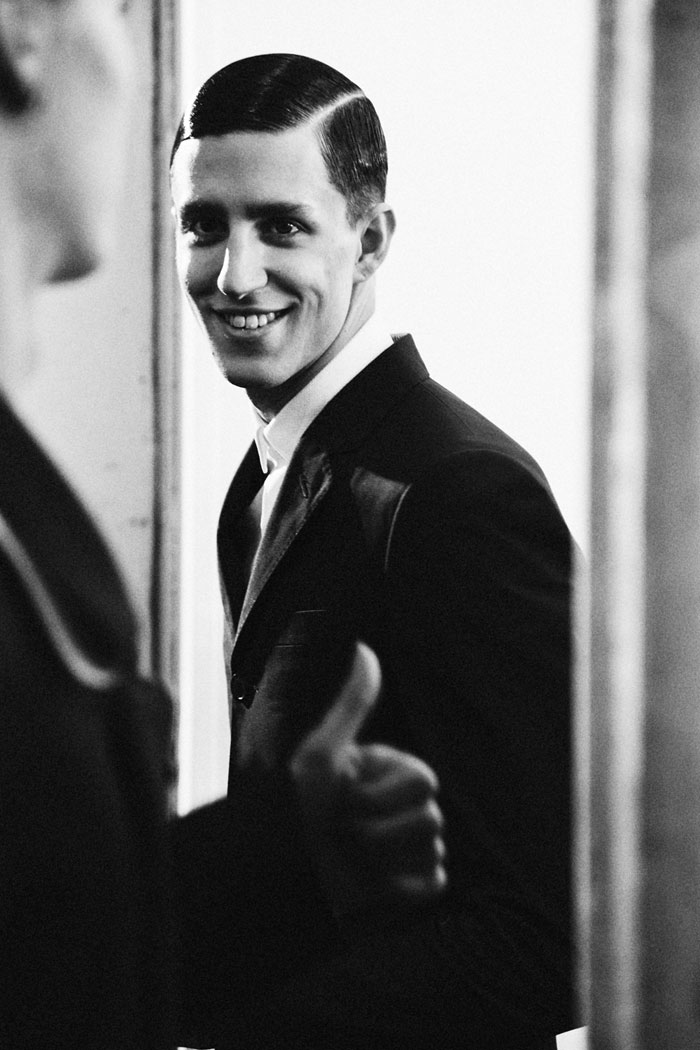 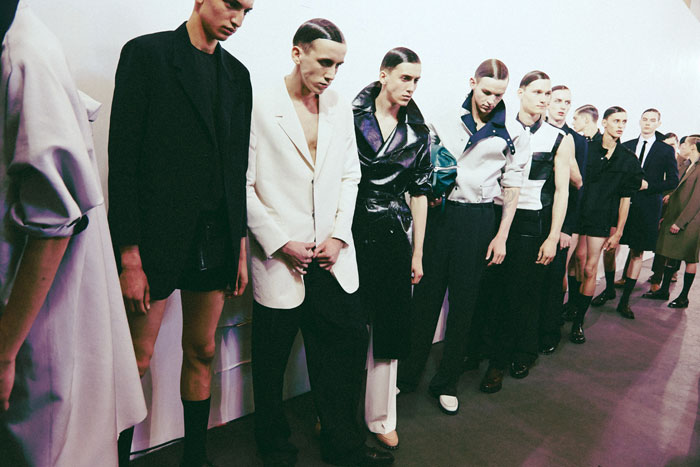 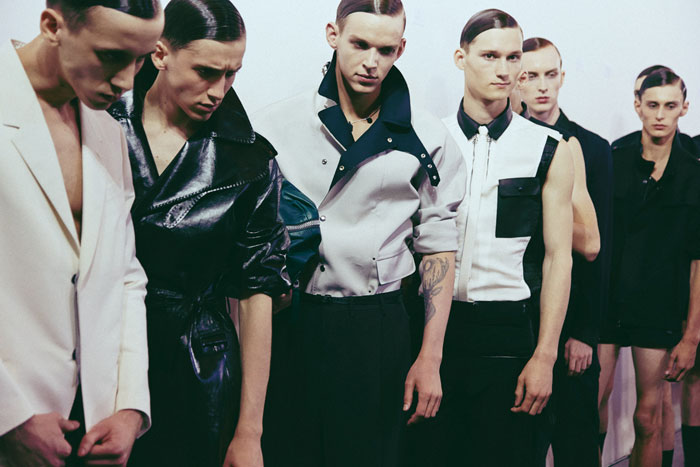