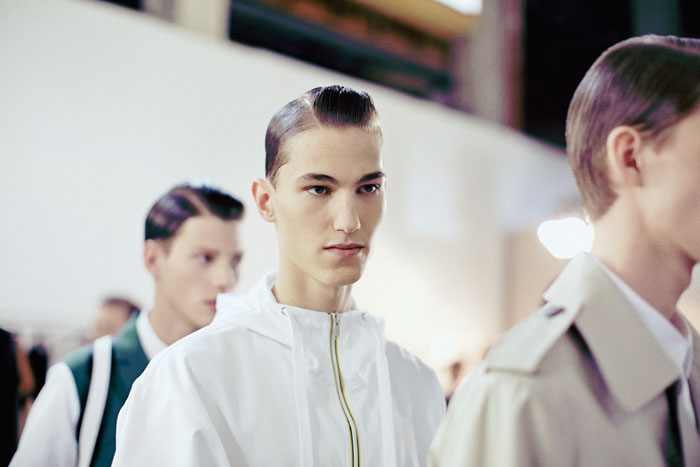 Kris Van Assche started his eponymous line on the foundation of his modernist sportswear, bringing a sharp severity to classic pieces that, season after season, always have a maturity with a bit of youthful air sprinkled in. For Spring 2014, Van Assche took his kicky aesthetic a step further, infusing his clean pieces with a bright palette of rich forest green and highlighter orange. He spoke of using fabrics and styles in unexpected ways, and there was a new texture to many of the looks, as in Luuk van Os’ polo shirt and shorts, which had a soft weave that mimicked the look of crocodile skin. A number of the sweaters were laser-cut with polka dots, adding an extra twist to the Op Art all-over spot pattern of Alexander Ferrario’s shorts suit. There was a strong emphasis on outerwear, specifically varieties of windbreakers, from the lapeled version Adrien Sahores sported to Kristoffer Hasslevall’s crisp white cagoule. Van Assche also loosened his slim silhouette, adding room to Andrew Westermann’s double-breasted suit and Arthur Gosse’s slick belted parka. Elsewhere, this past week saw the opening of the brand’s first flagship in Paris and the launch of an e-commerce site, marking, in conjunction with this invigorating show, a step forward for a designer who has quickly become an important part of the menswear establishment. 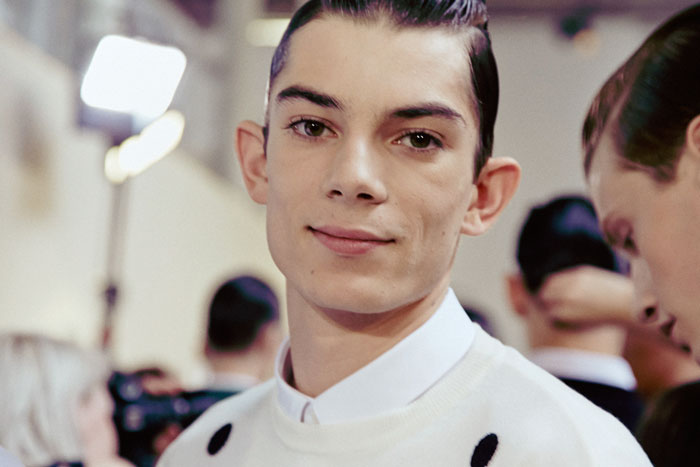 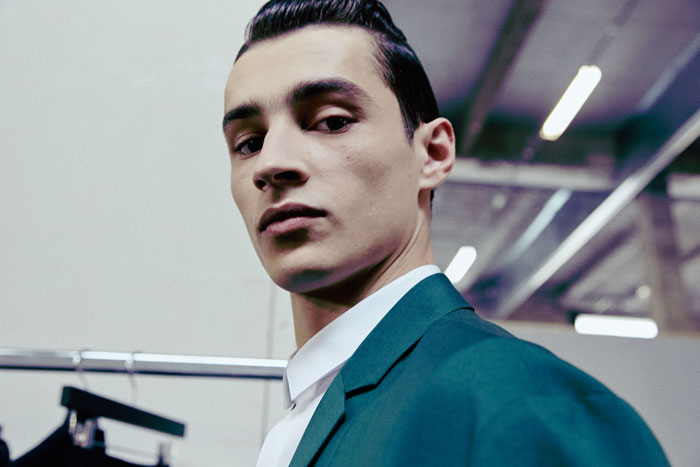 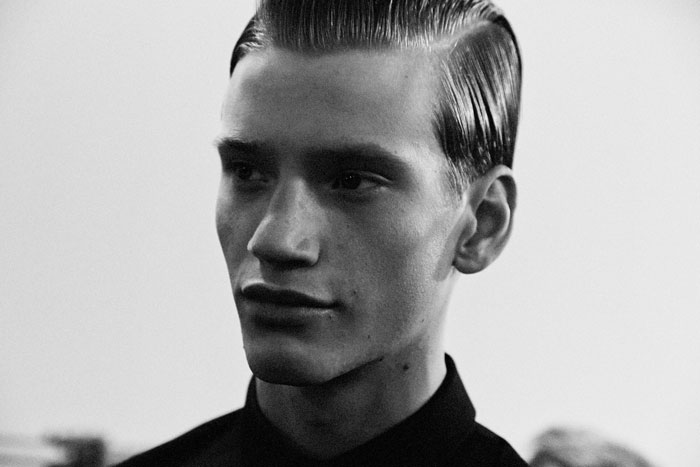 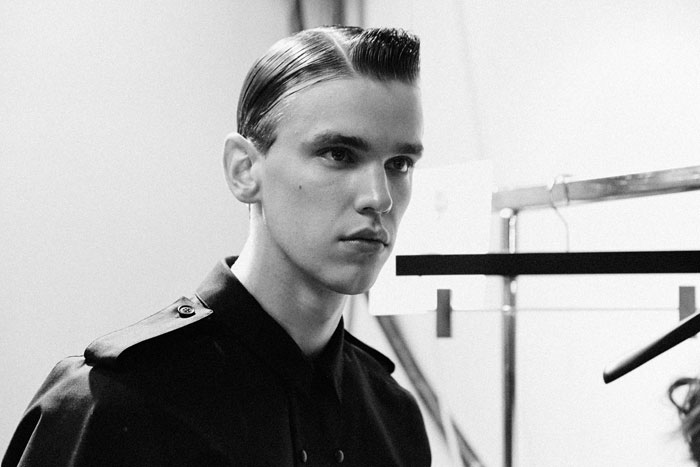 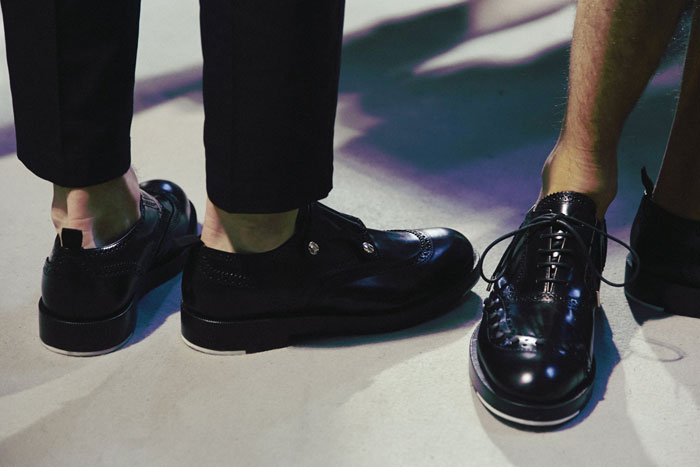 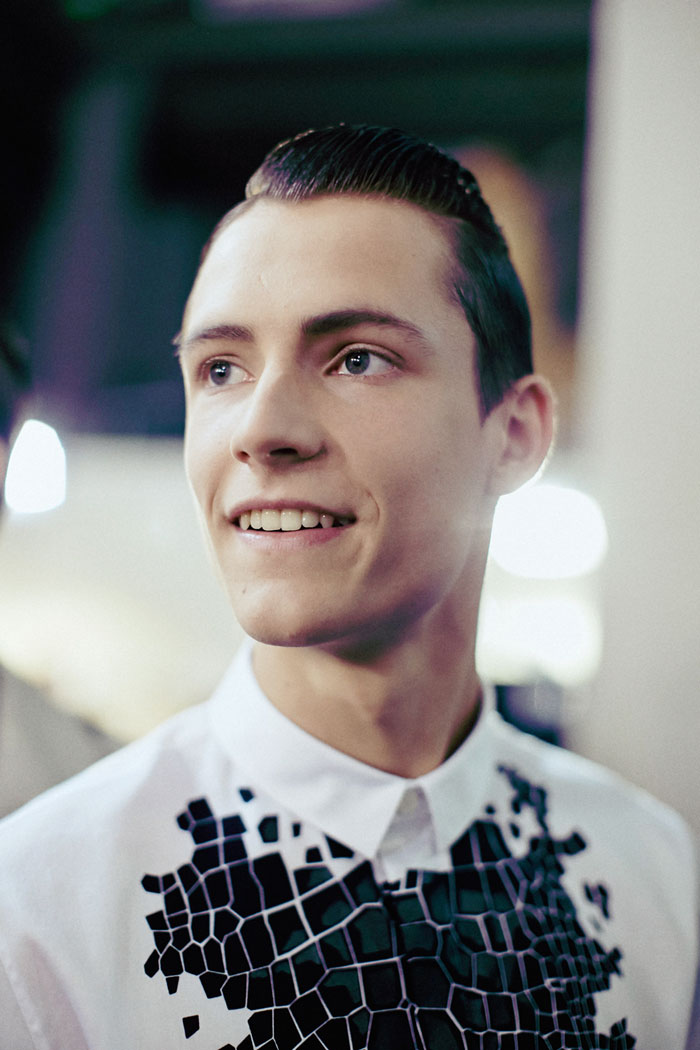 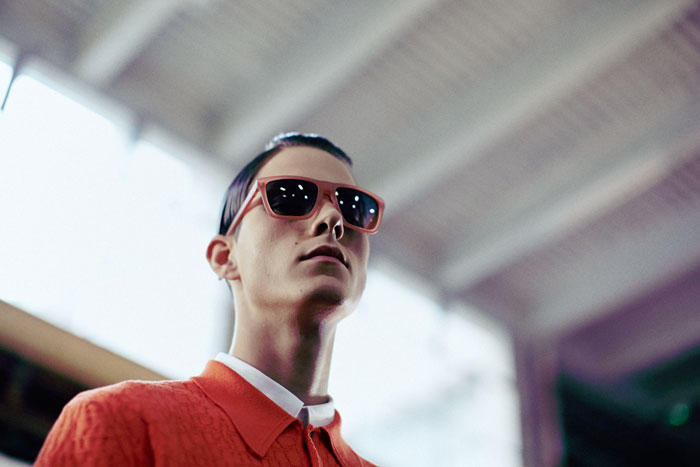 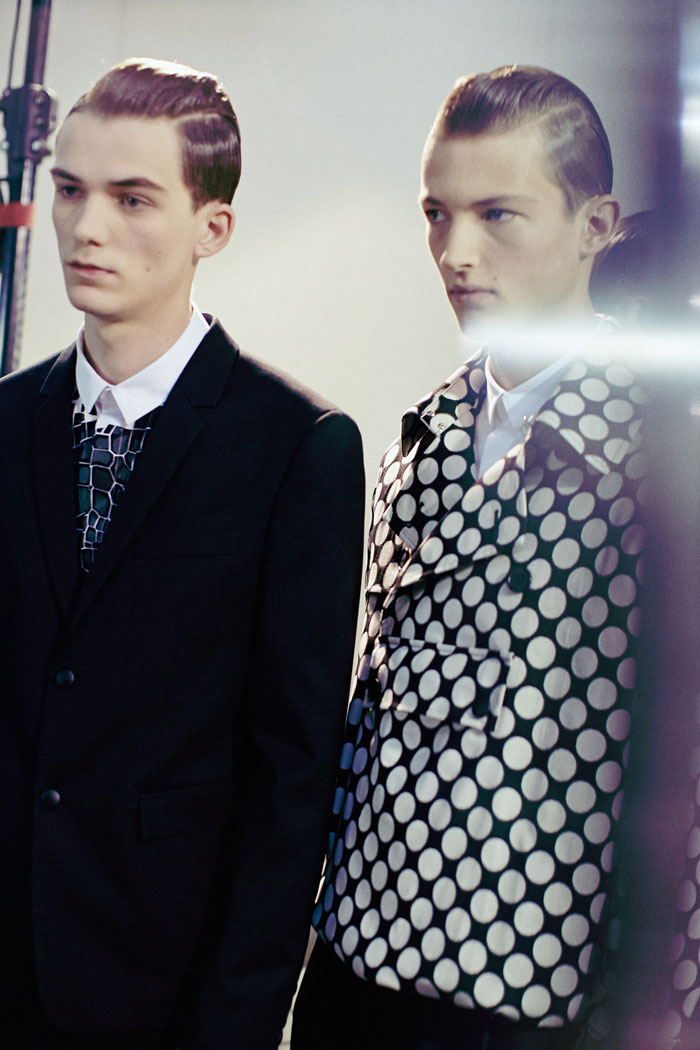 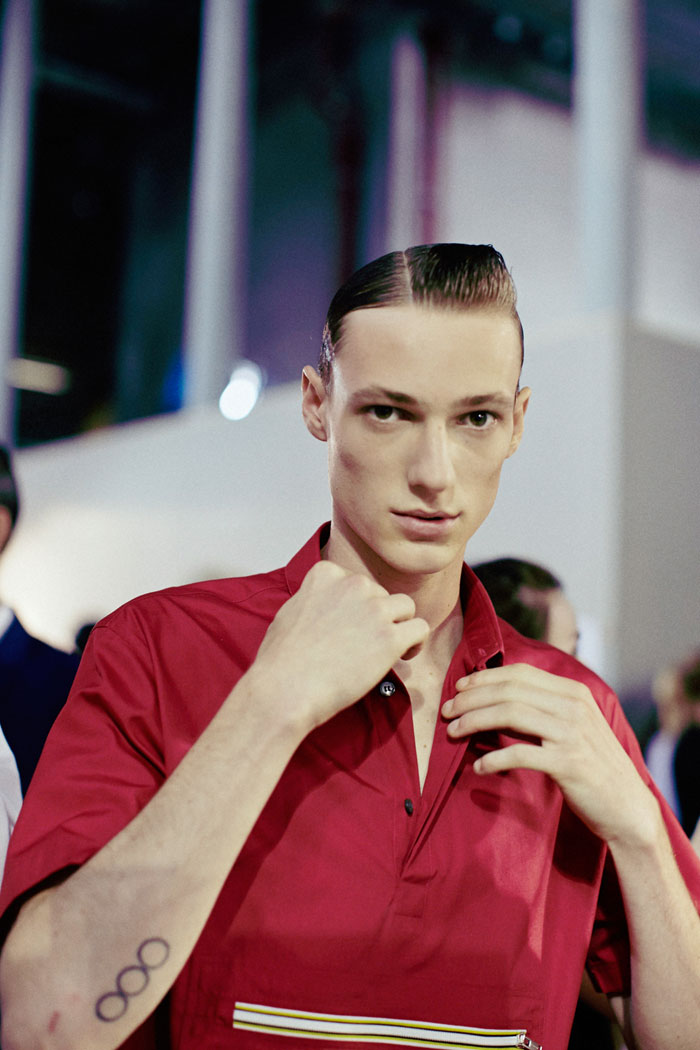 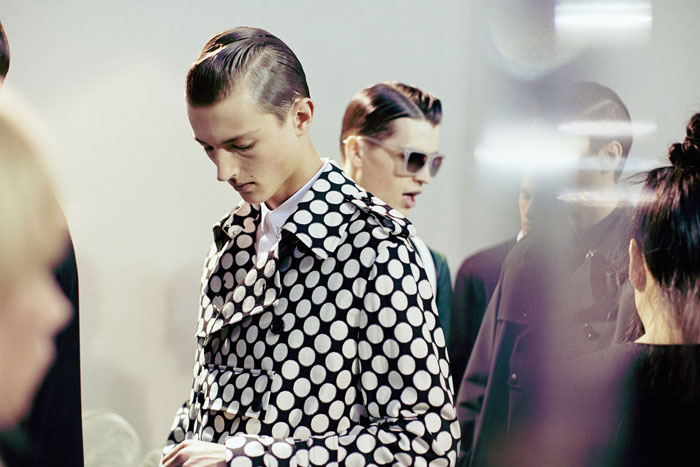