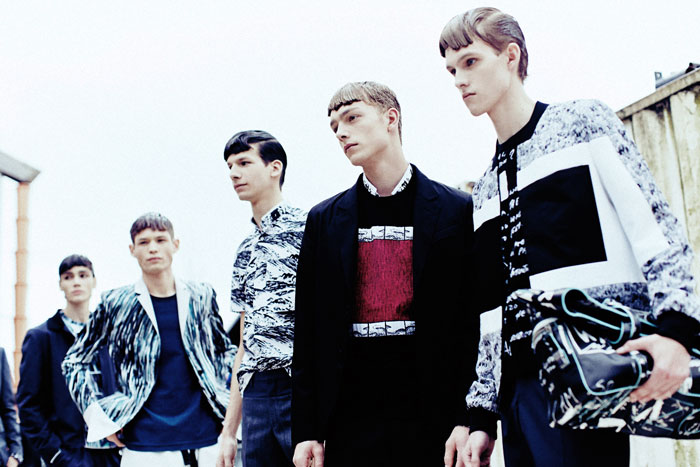 One of the most successful fashion revivals of the past few years continued in epic style with Kenzo‘s Spring 2014 show, set in a soaring circus school just past the northern edge of Paris. Designers Humberto Leon and Carol Lim pulled from their own personal histories for the creative, charming collection, working off their memories of growing up in the sun-kissed, surf-sprayed American Elysium of southern California. That meant rich blues, scribbled wave prints, and a casual, carefree attitude that the pair honed with careful precision. Coats and trousers were oversized, and neoprene made an appearance in rough-edged t-shirts and slick boots. Against a soundtrack by Mike D. of the Beastie Boys, the collection had an ease with a bit of a hard edge, as in the strong graphic clash of Guerrino Santulliana’s coat and shorts, or the shiny black bars that seemed to swim across Freddie Stoker’s pullover. There was a cleanliness to the pieces as well, even with all their brash energy, like the stark black-and-white purity of Samuel Roberts jacket. As the models returned to line up in a circle around the central ring, the music thrummed and the spotlights flared, offering a fittingly appropriate finale to a collection that saw Leon and Lim moving defiantly in a new direction at a house that has regained vibrant life under their watch. 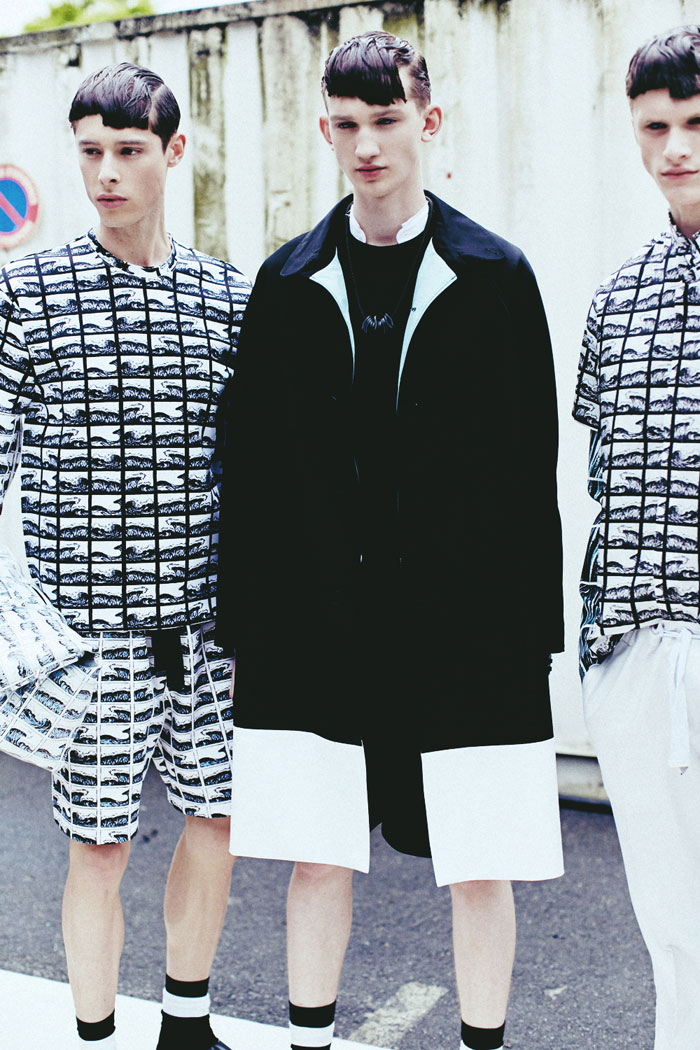 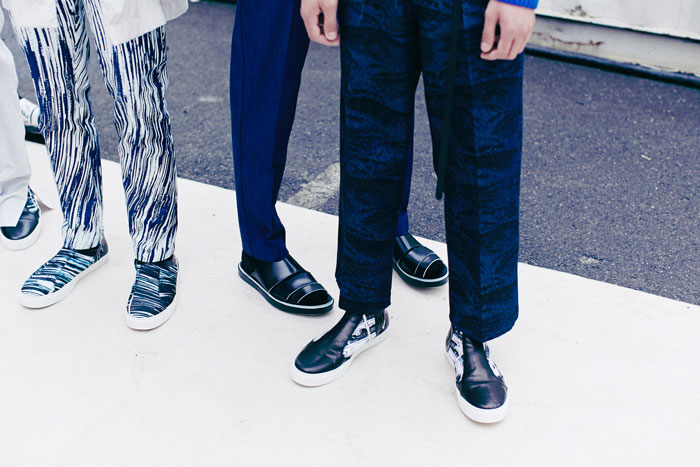 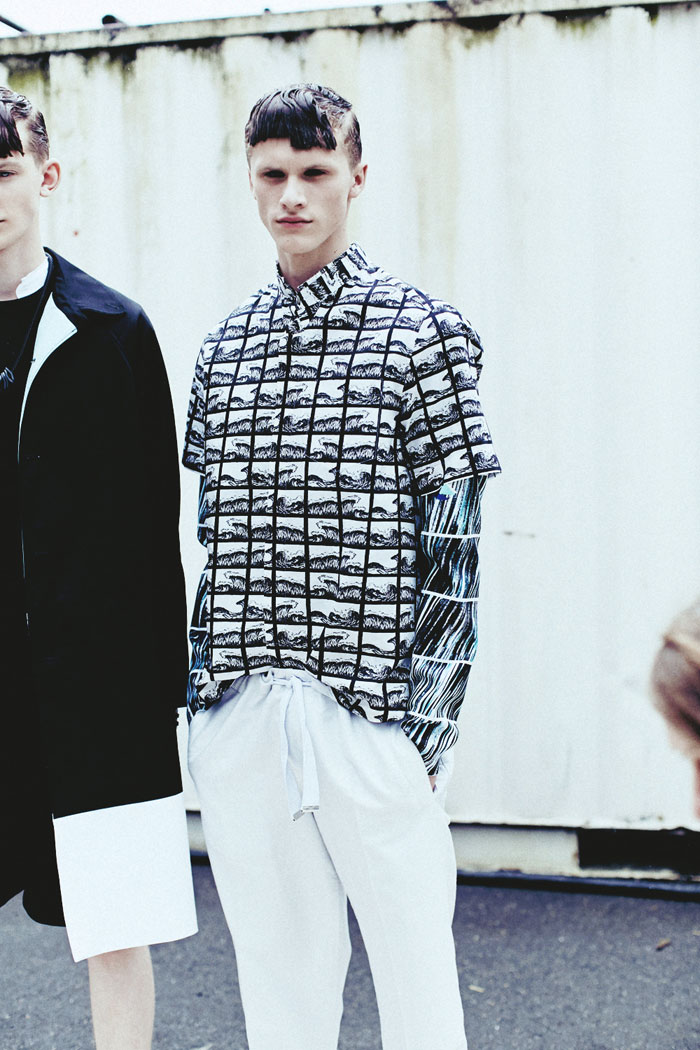 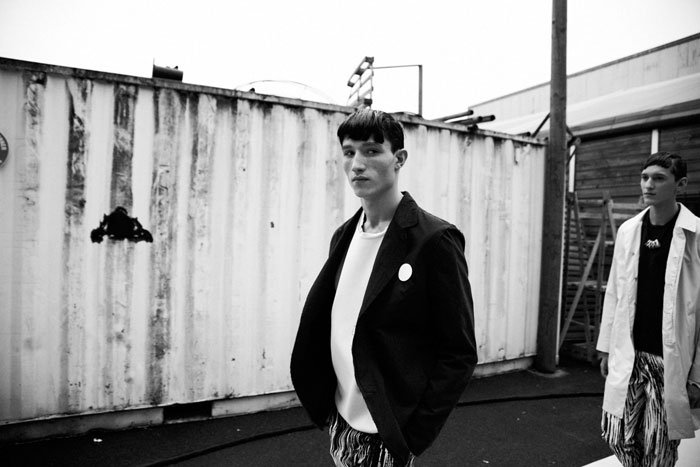 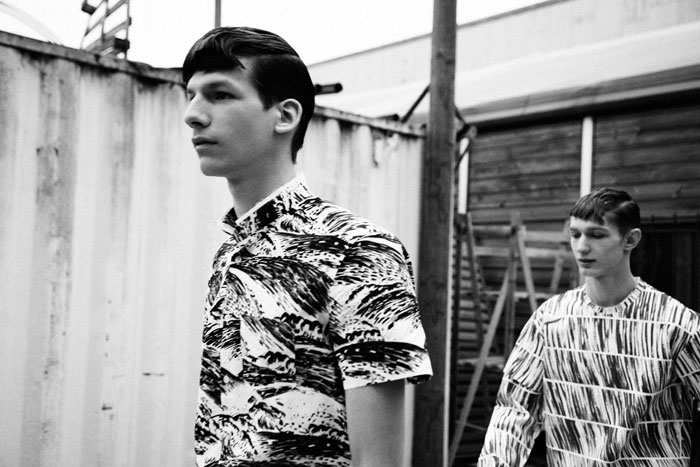 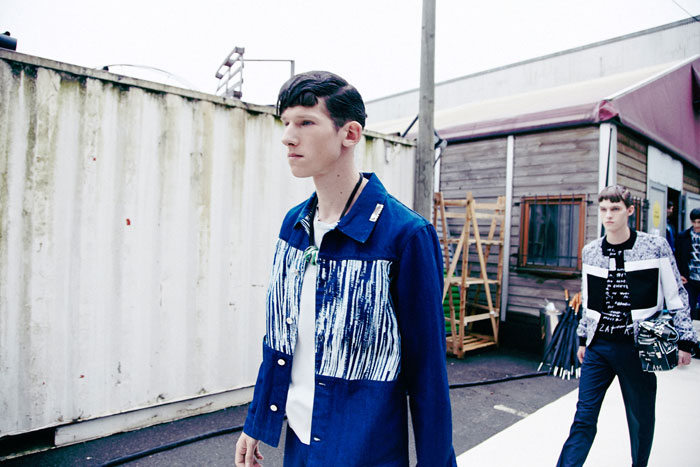 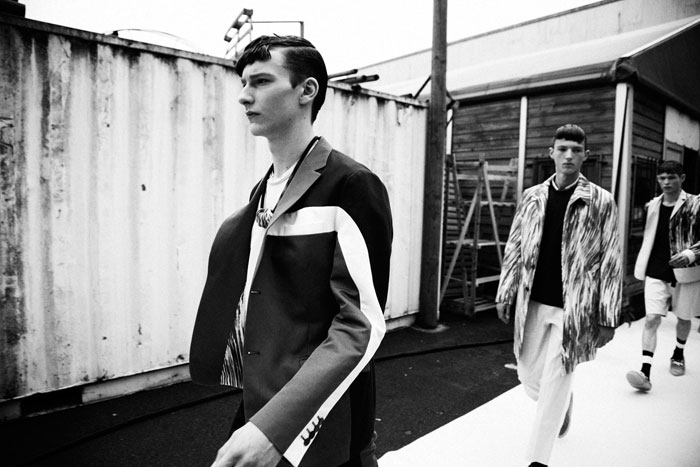 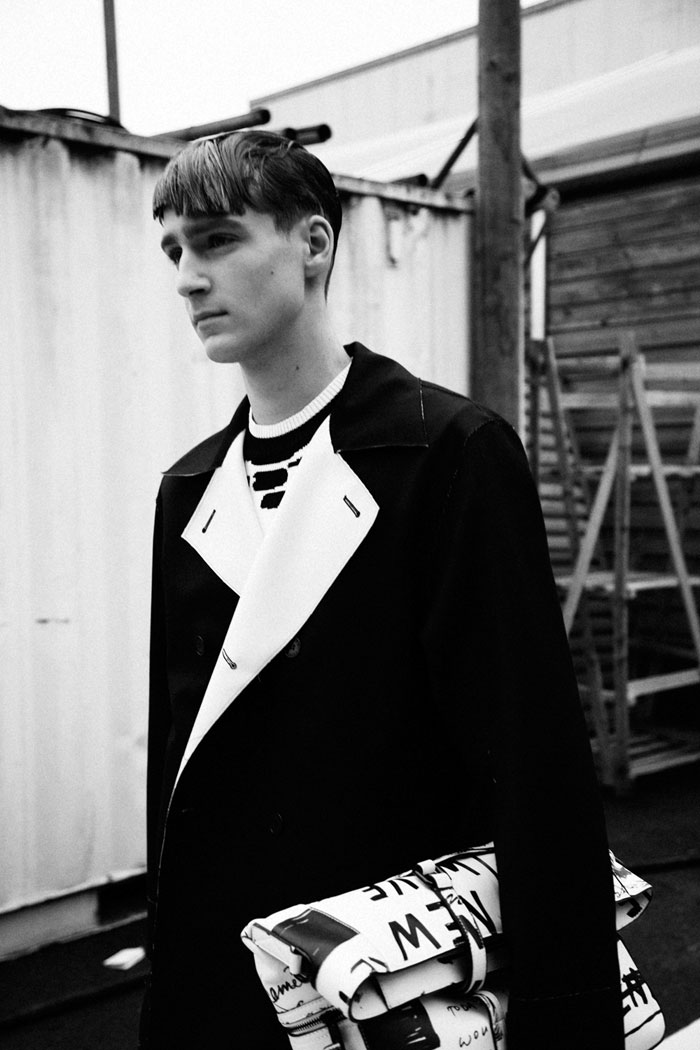 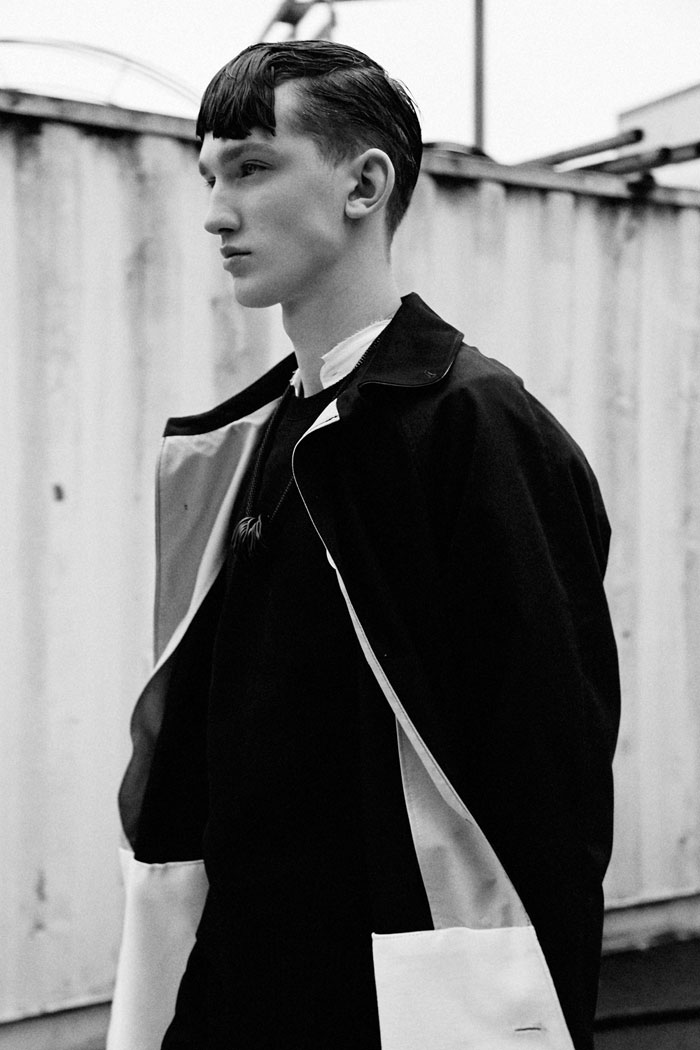 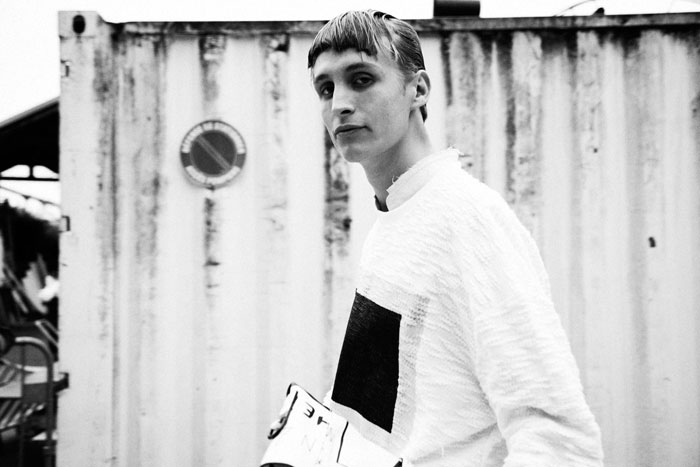 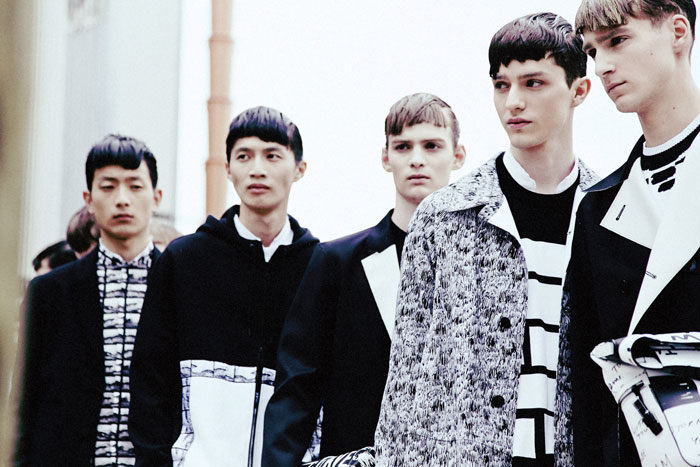 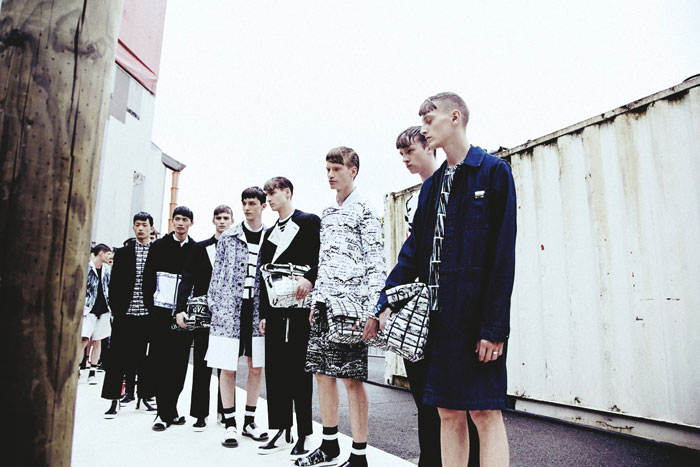