It doesn’t always happen overnight, but yes, it does happen. In 2012 (and the tail end of 2011), we featured some incredible newcomers in the Newfaces section. Some we knew for sure would catch the eye of all the right clients. Others were atypical choices, who many thought – judging by the comments – were total wildcards. Now that the year (and, if you are Mayan, possibly the world) is coming to an end, we wanted to highlight the new guys who, within just 12 months, have made an impact. 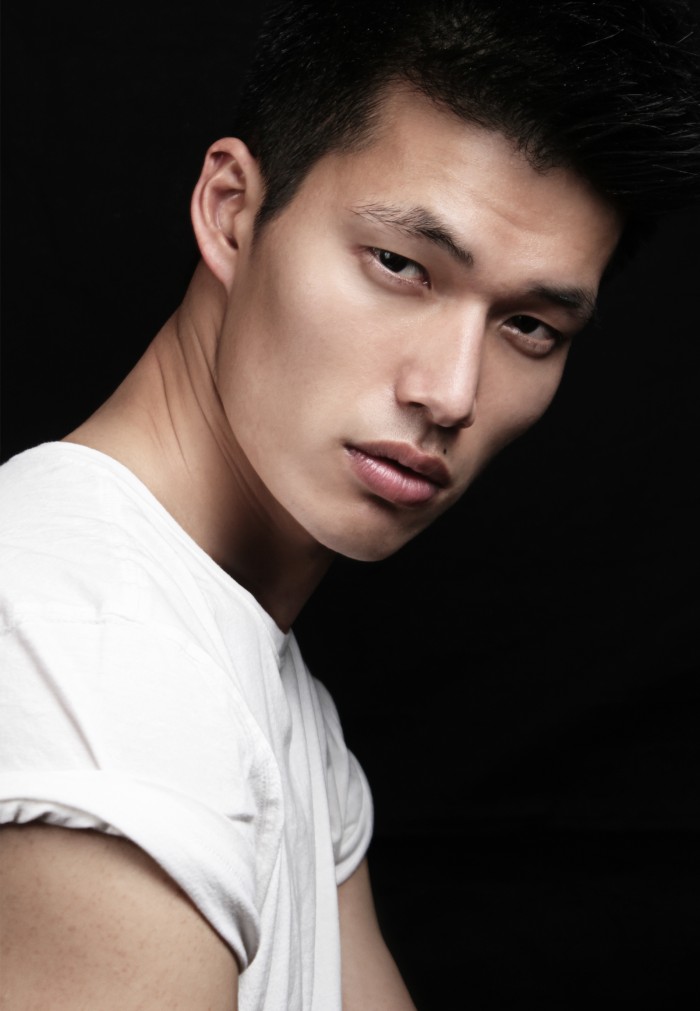 From North Bergen, New Jersey, this Korean-American has had a phenomenal year after being featured as MOTW in March. Having booked campaigns for Benetton, Donna Karan, and Diesel, as well as walking for Calvin Klein, Dae is now ranked #28 on the Top 50 Male Models. Praise the Lord! 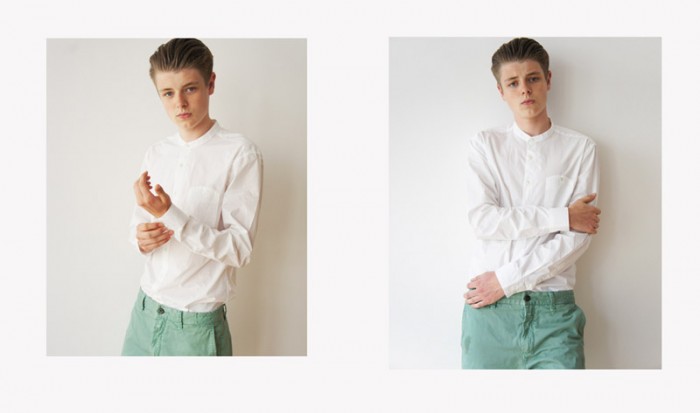 Little Dan was featured on Daily Duo in May, and while his look initially attracted a lot of doubters, it also immediately caught the eye of Liana at Success Models in Paris. And two hours after that? Hedi Slimane came calling. After three months of exclusivity with Saint Laurent, and having shot the lookbook, Dan will be ready for his first official catwalk season in Paris this upcoming January. 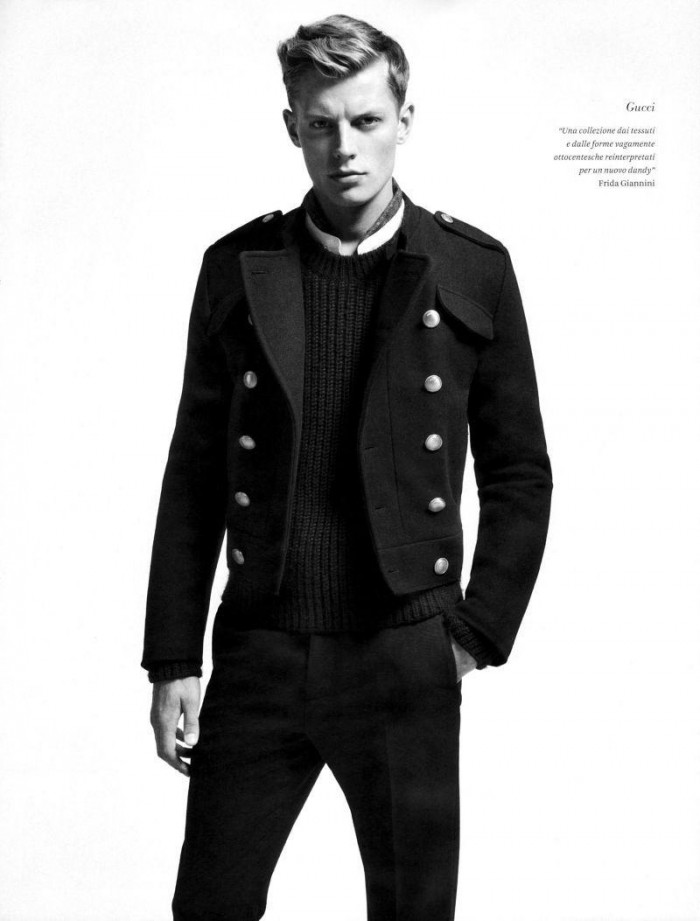 Fresh off a stunning first season (F/W 12), Janis arrived at the MDC offices in New York wearing double denim and a Lady Gaga t-shirt. We loved the fact that this boy didn’t let any fashion pretentions come between his quiet demeanor but strong presence. Since being featured Janis has shot a multitude of major campaigns, including Gucci Resort and Calvin Klein Jeans, and is currently ranked #19 on the Top 50 Male Models. 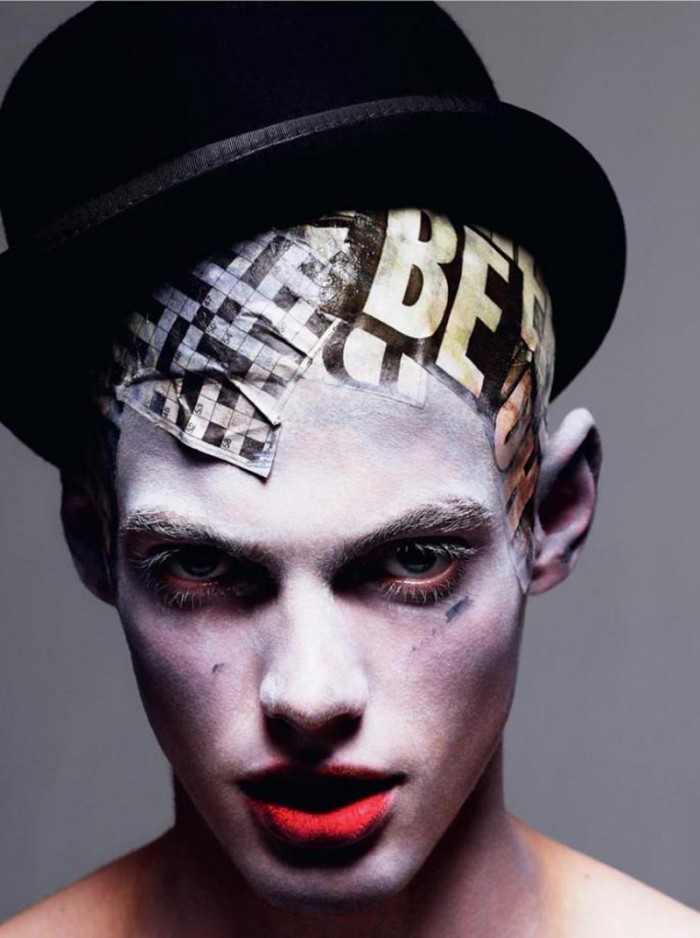 It was clear from polaroids alone that Justus had the kind of look that makes an impact. Starting his career on the catwalk for YSL, then Gucci, Justus then followed through with Raf Simons and Dior Homme, and multiple bookings with Mert & Marcus. 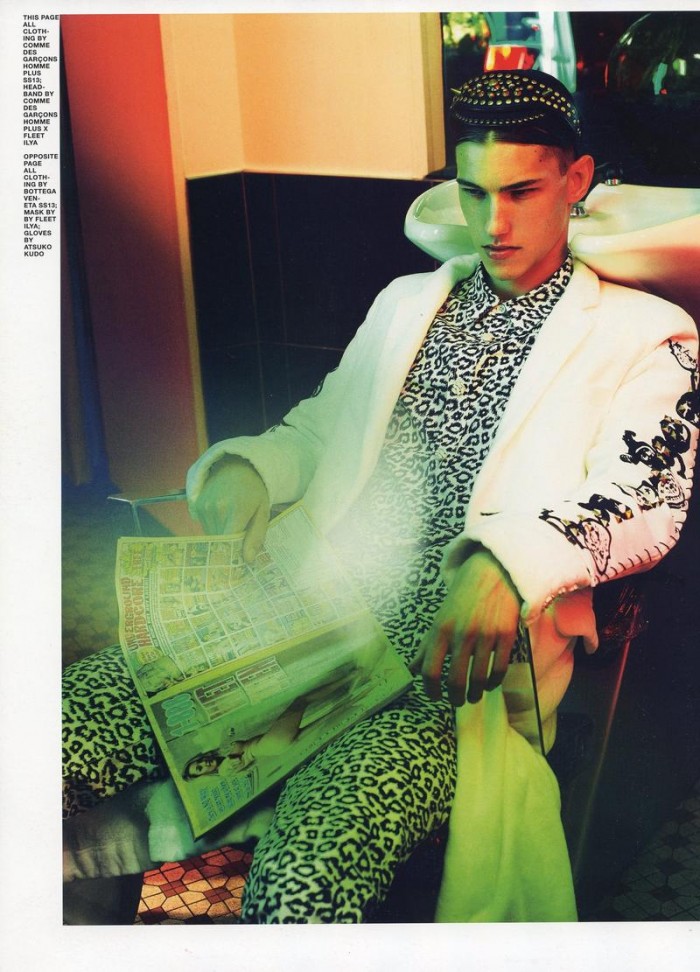 Featured back in April before the shows, Kristoffer’s elegance didn’t go unnoticed. Walking for Gucci, Raf Simons, and Lanvin firmly landed him on the fashion radar, and an upcoming campaign shot by Meisel will certainly only add to his visibility. 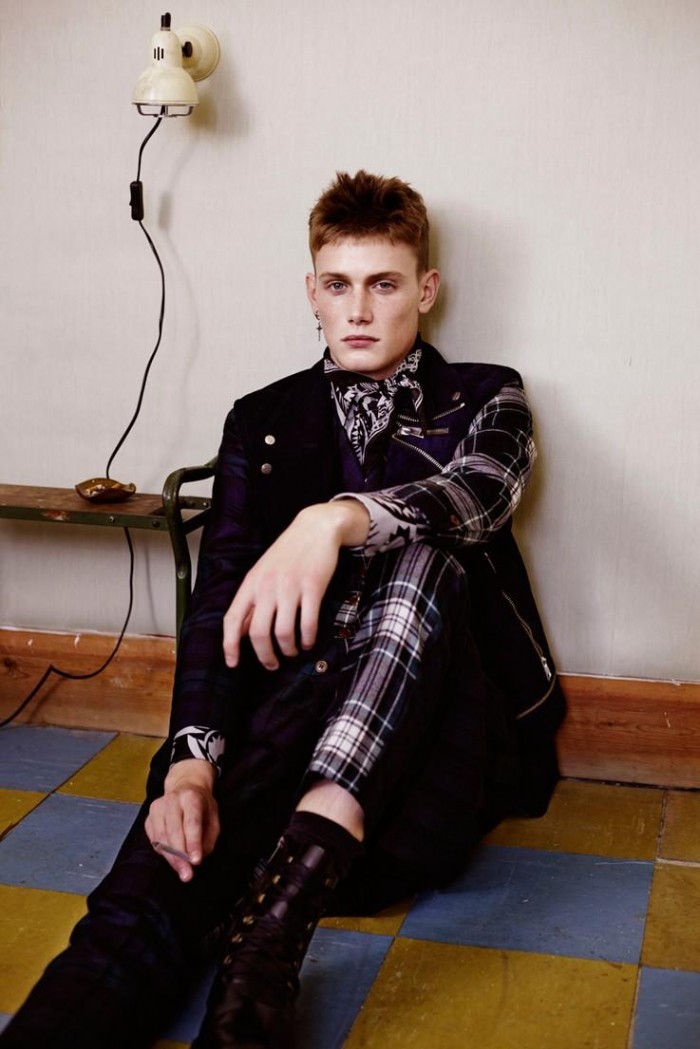 Chosen as our wildcard pick for the S/S 12 men’s shows, Malcolm went on to become one of the season’s standout stars. Faultlessly handsome, this Top Ten Newcomer is the kind of guy with major staying power. 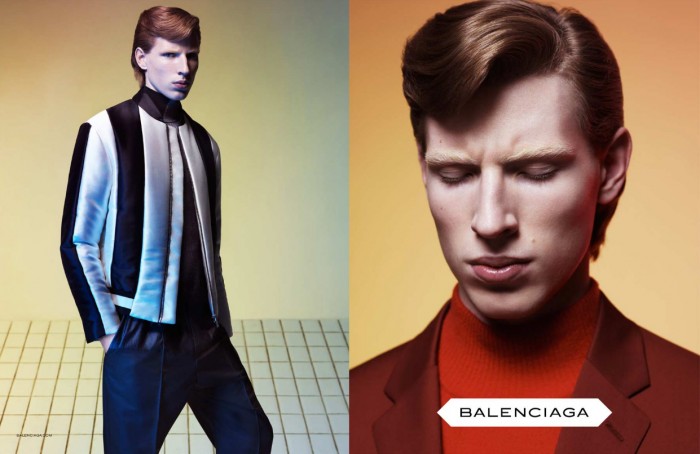 From a small agency in Hungary, and represented in none of the fashion capitals, Marton was featured on Daily Duo where he was spotted by the keen eyes at Balenciaga. In a type of major booking that doesn’t happen very often, Marton was made the face – the only face – of the F/W ’12 Balenciaga menswear campaign. Now represented in all the major cities, this upcoming season will be Marton’s first. 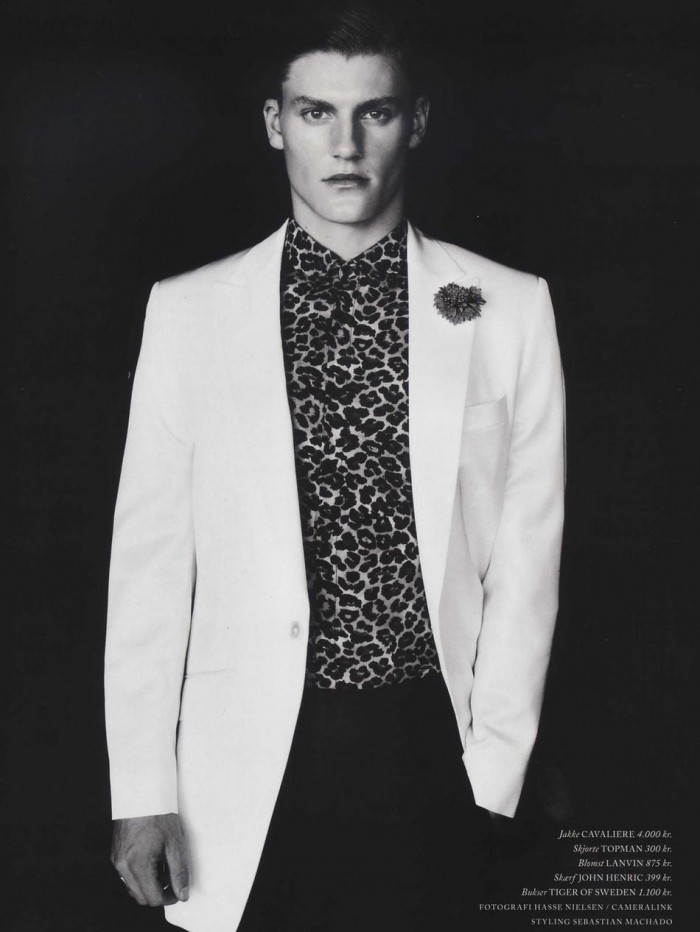 Mikkel Jensen / Model of the Week, May 25th ’12 / Photo by Hasse Nielsen for Cover Magazine

Another wildcard pick, Mikkel was totally new but we could not overlook his strong, classic face and a slew of dramatic, very good tattoos. A super show season was followed by a cover of Vogue Hommes Japan, and editorial for 10 Men. Consider January to be round two. 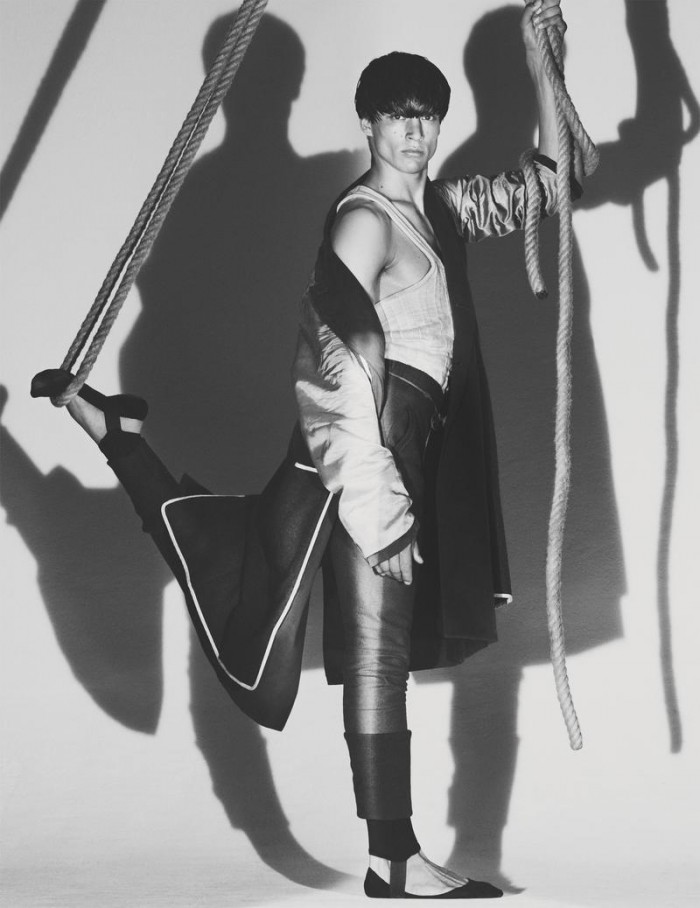 Vermont farm boy Otto’s potential was just so palpable! An excellent show season, with appearances at Givenchy, CK, and Vuitton, as well as an incredible ability in front of the camera plus his intelligence, charm and wit are what makes Otto a very special prospect. 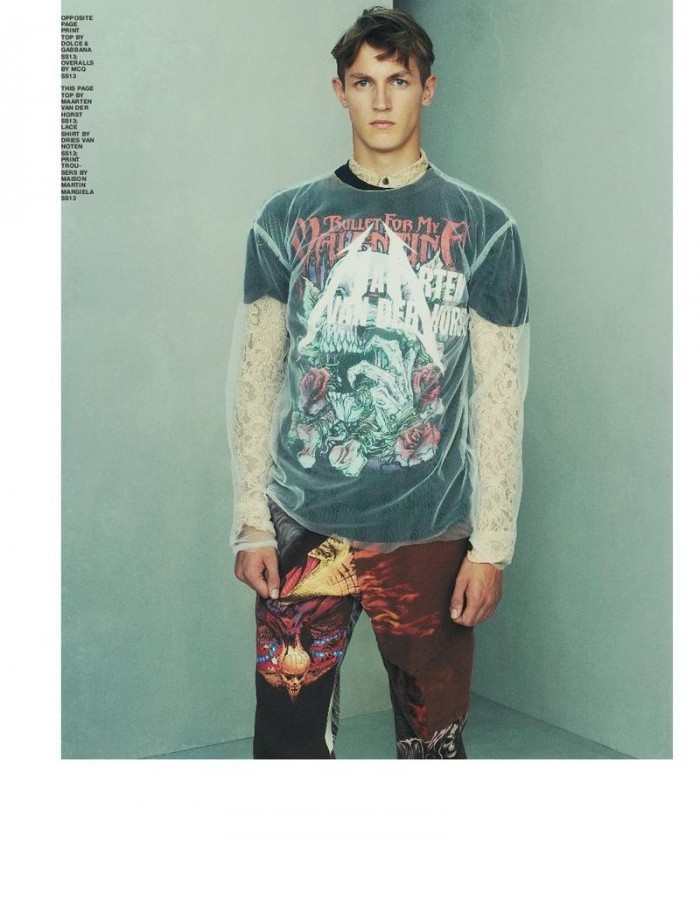 A man of few words, young Rutger’s look speaks volumes. Obviously not just a runway success, Rutger has become the type of guy people just want to photograph. Quickly developing into an editorial fave, he’s shot for Numero Homme, Another Man, and Hero Magazine. The boy has depth!

Top Male Modeling Moments of 2012
NEXT