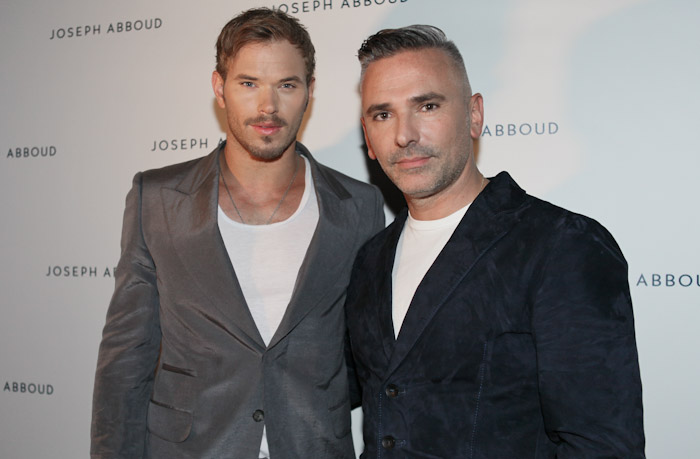 Designer Bernardo Rojo continued his reinvention of American mainstay Joseph Abboud this week with a Spring 2013 collection that was all about lightness. Under the rotunda at the New York Public Library in Bryant Park, Rojo showed loose-fitting suits in soft neutrals and easy sportswear pieces in bright primaries. There was an emphasis on outerwear, from Arran Sly’s belted trench to Vladimir Ivanov’s zip-up biker jacket, all with an air of leisure and uncomplicated simplicity. 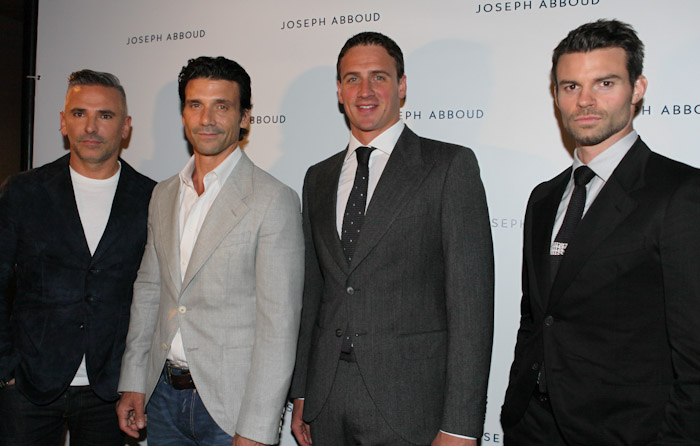 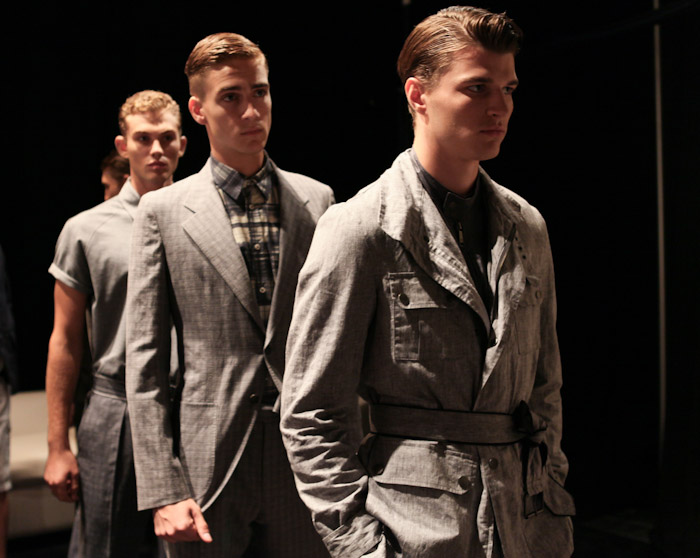 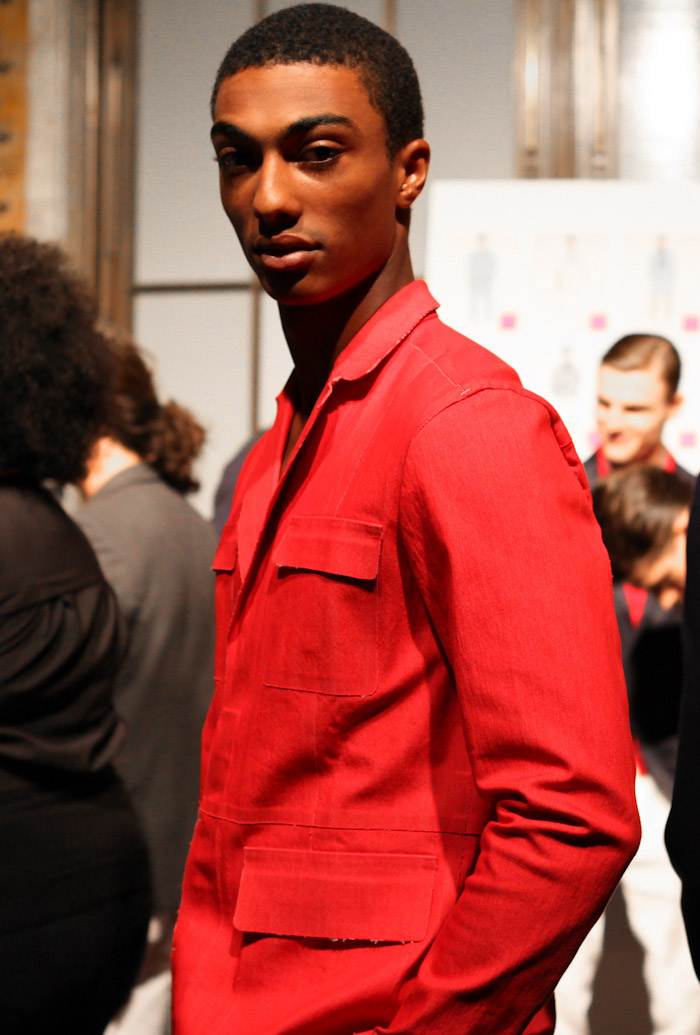 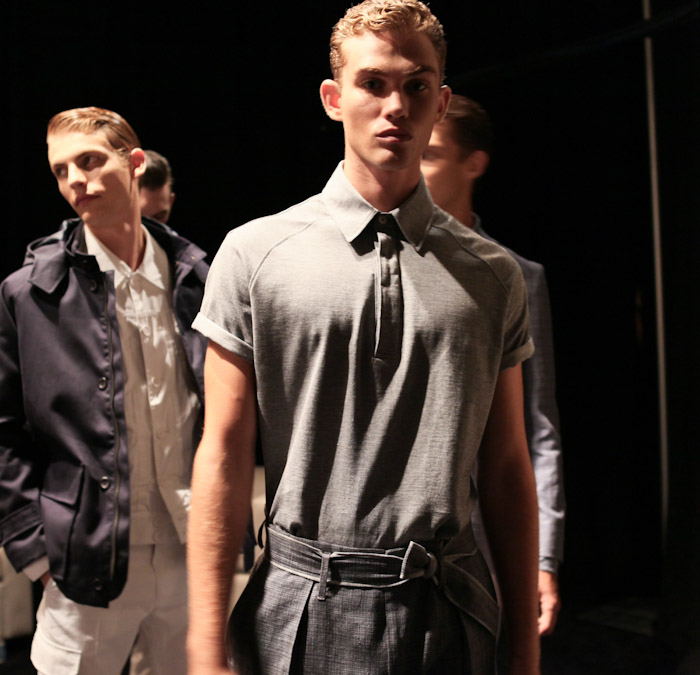 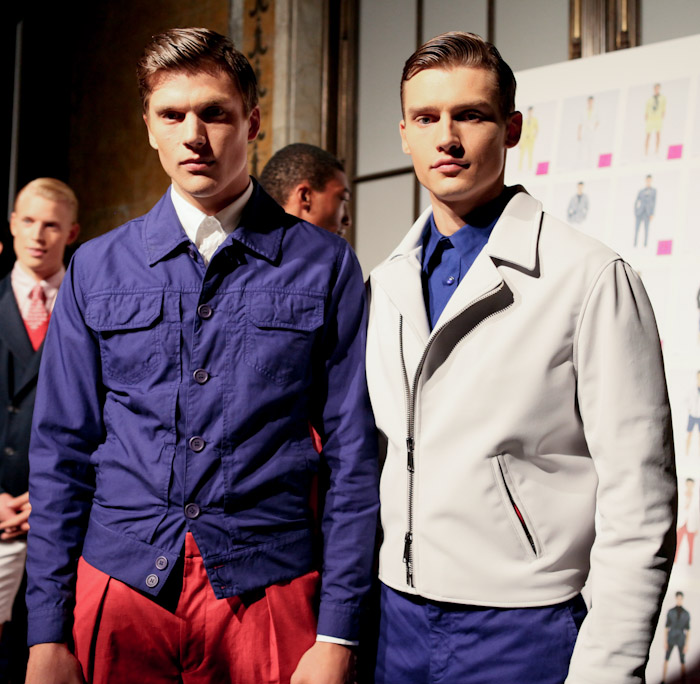 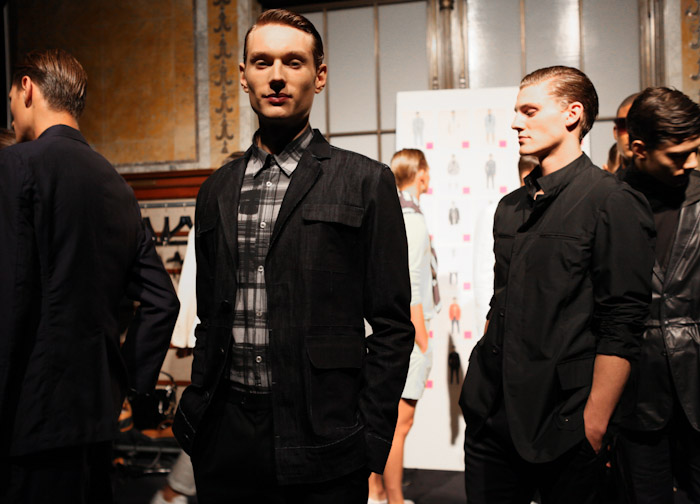 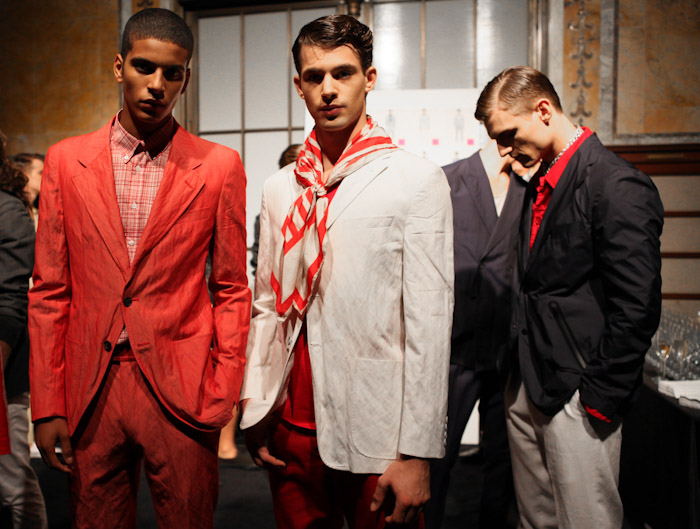 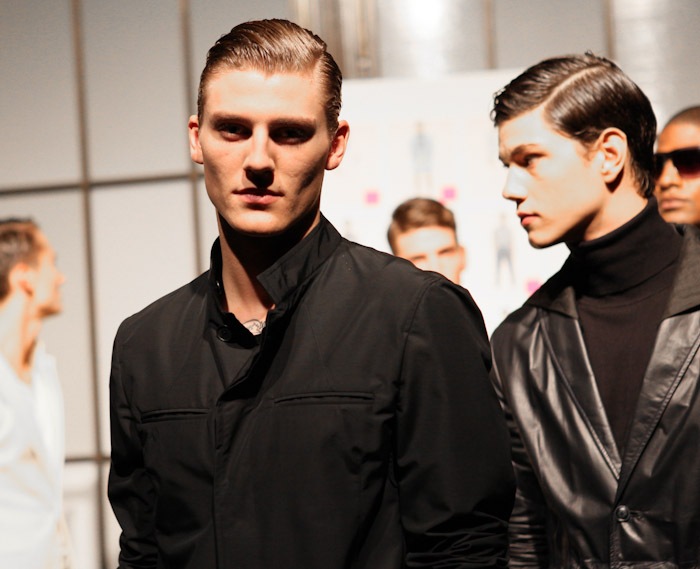 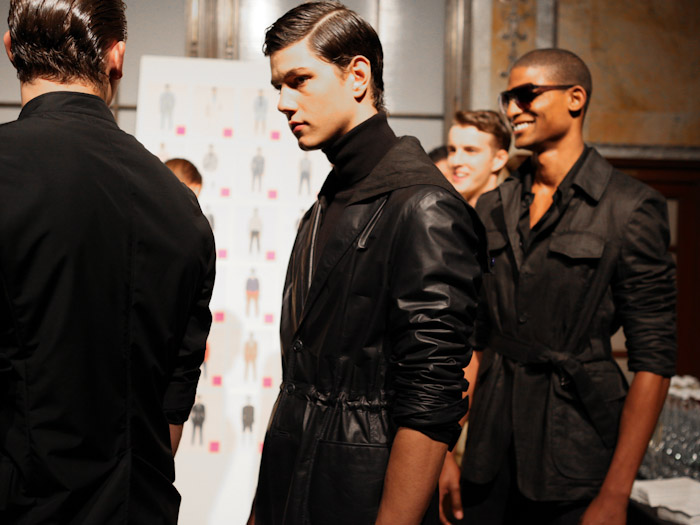 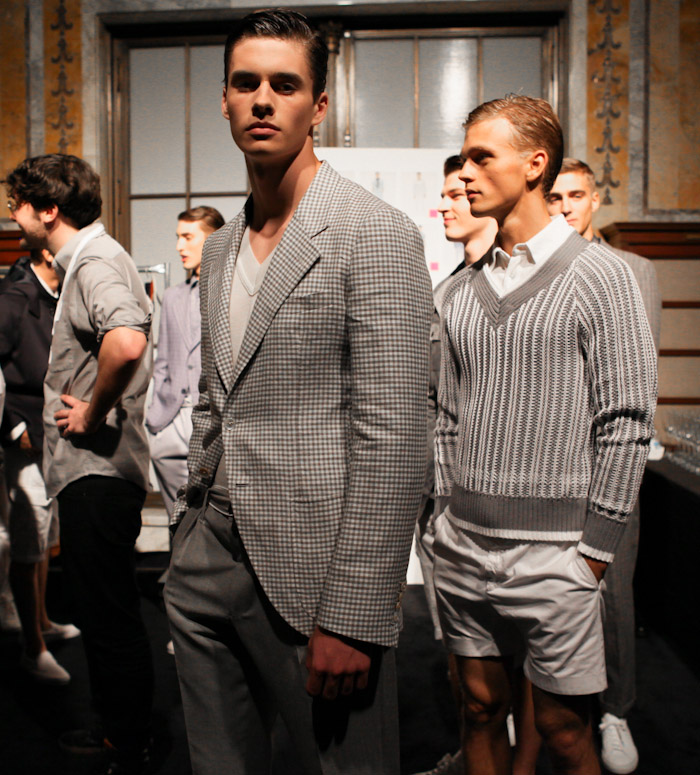 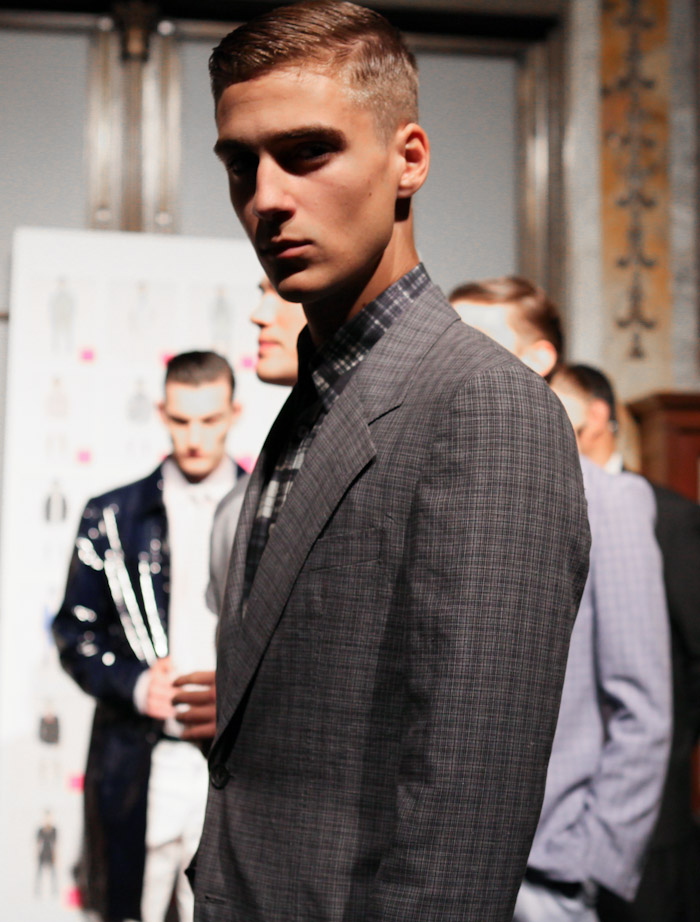