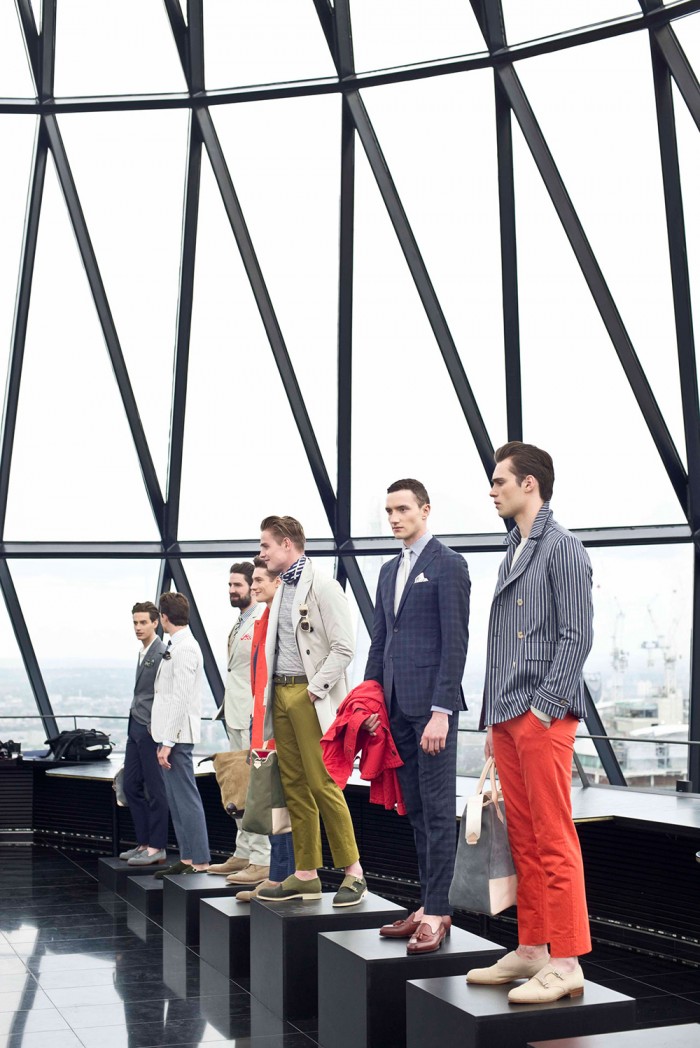 When the British Fashion Council first launched its separate men’s week last summer, it marked a turning point in the evolution of a city that until then had been best known for nurturing iconoclasts until they decamped for the brighter, more commercial lights of Paris or New York. With the return of Hardy Amies, the Savile Row suit maker with over sixty-five years of heritage, London scored another coup that put a grown-up face on the still-rowdy capital. With an awe-inspiring Spring 2014 presentation high up in the City’s iconic Gherkin tower, offering expansive views of the surrounding neighborhoods, the brand offered up a solid, classic collection that had a sharp, clean-cut maturity. Jacob Coupe’s checked suit had a very modern, ultra-slim cut, while Jamie Wise’s striped blazer had a summery feeling that was unfortunately not matched by the dim gray sky that stretched out in all directions. There were several standout pieces of outerwear as well, from Patrick O’Donnell’s crisp off-white pea coat to James Hampson’s bright red mackintosh, that balanced out the house’s English tradition with a youthful energy. 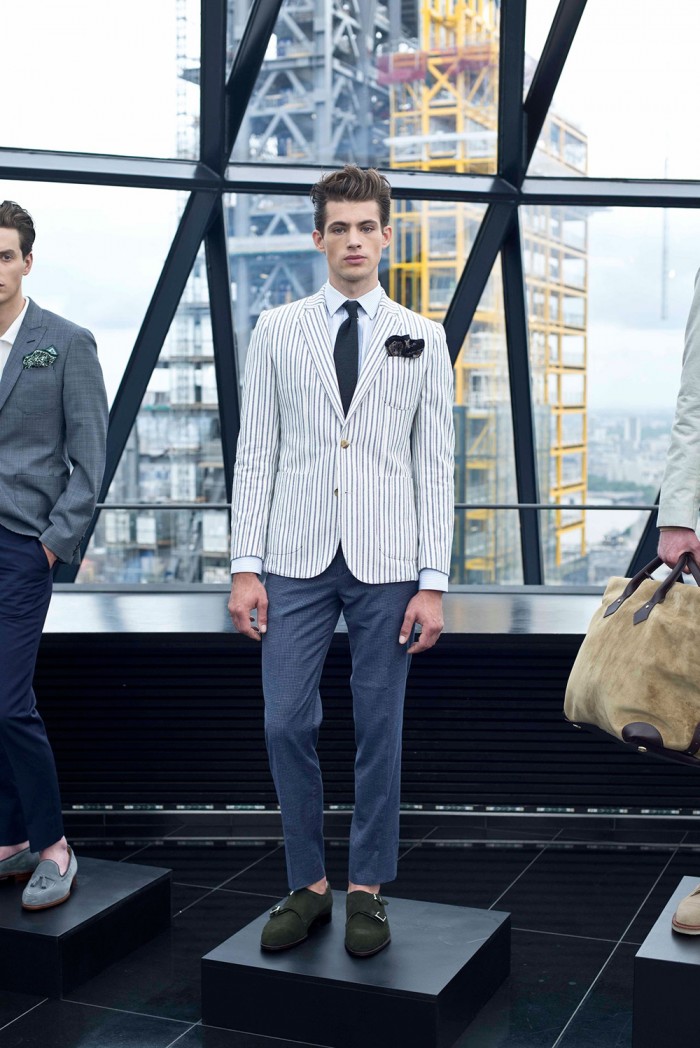 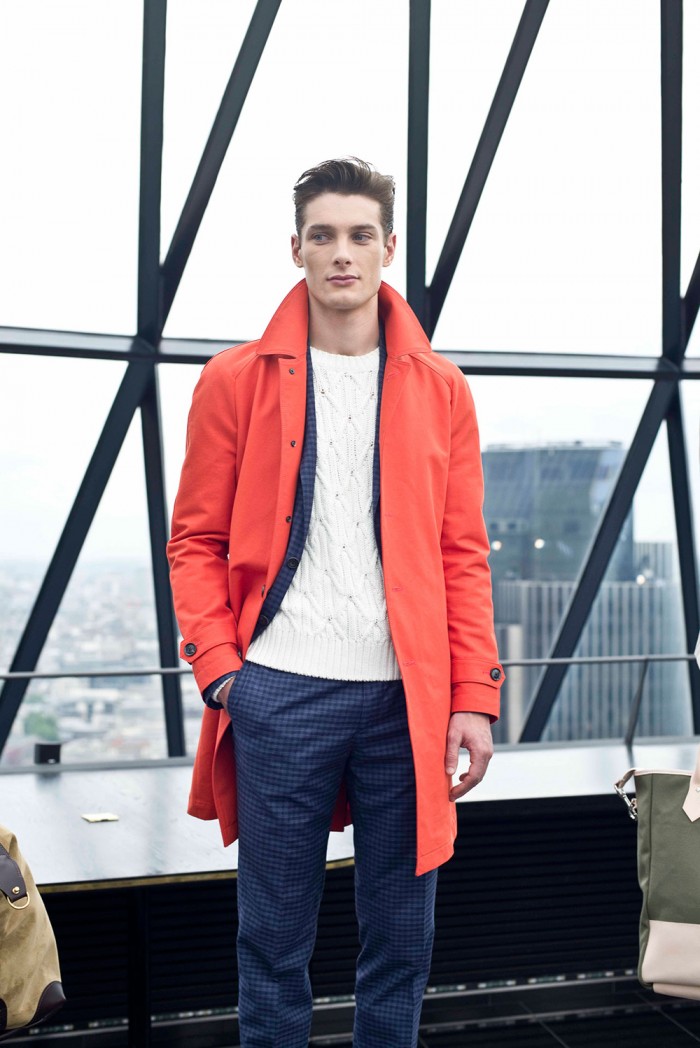 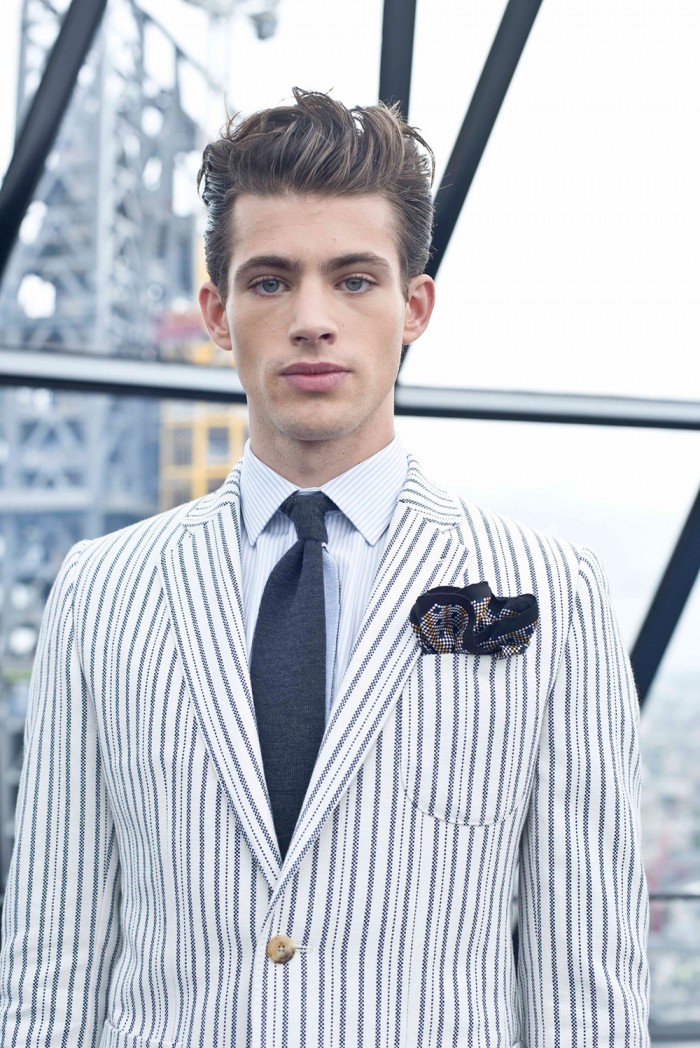 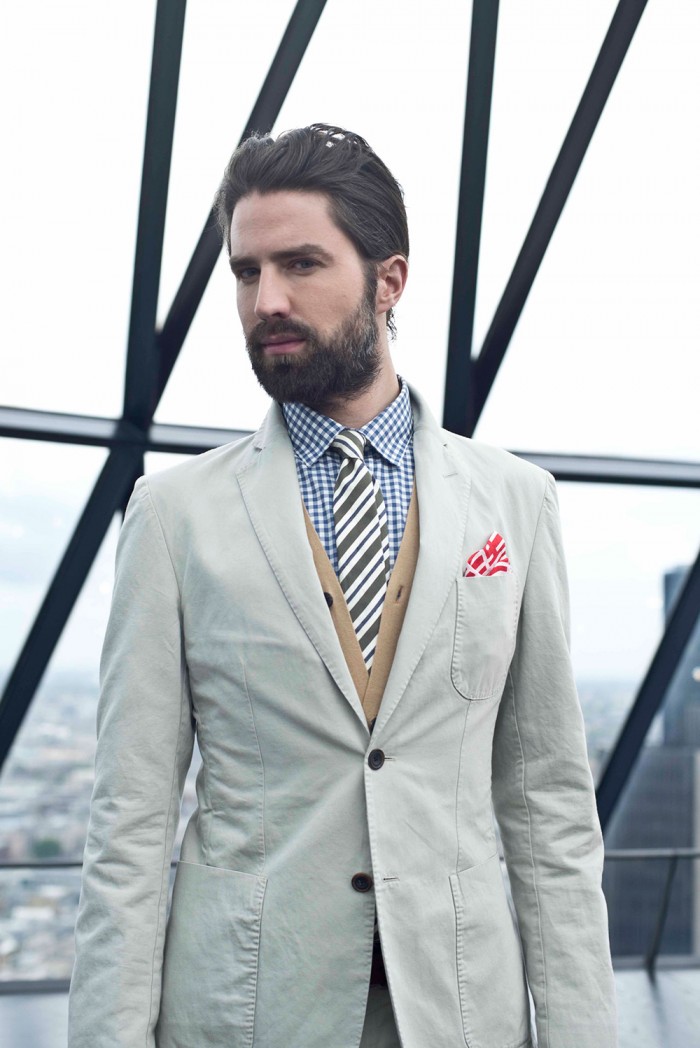 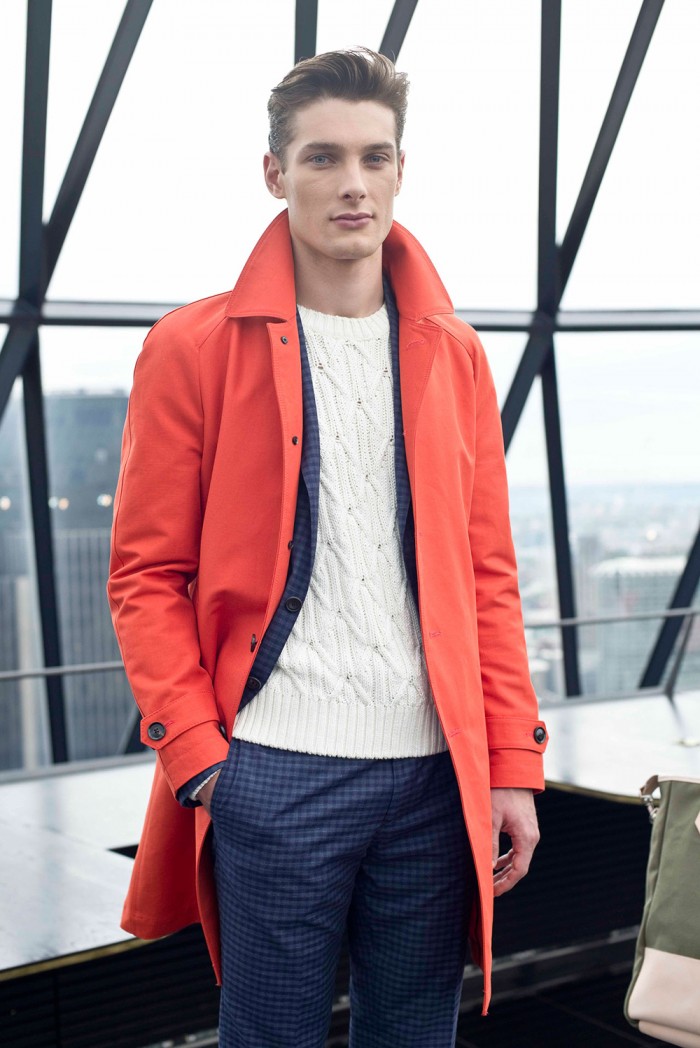 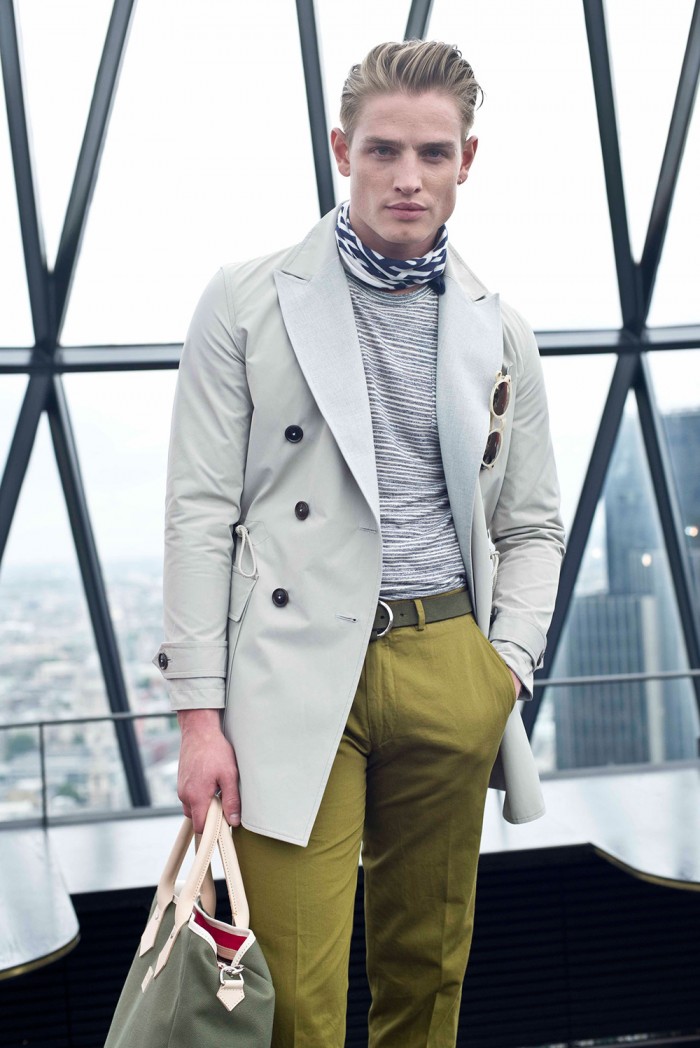 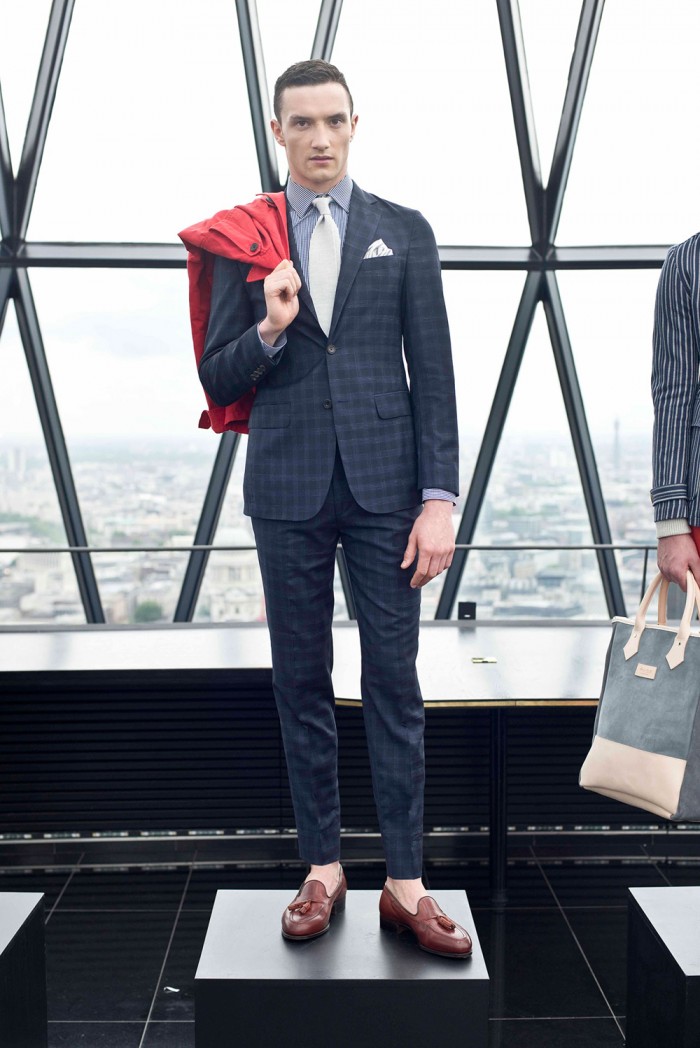 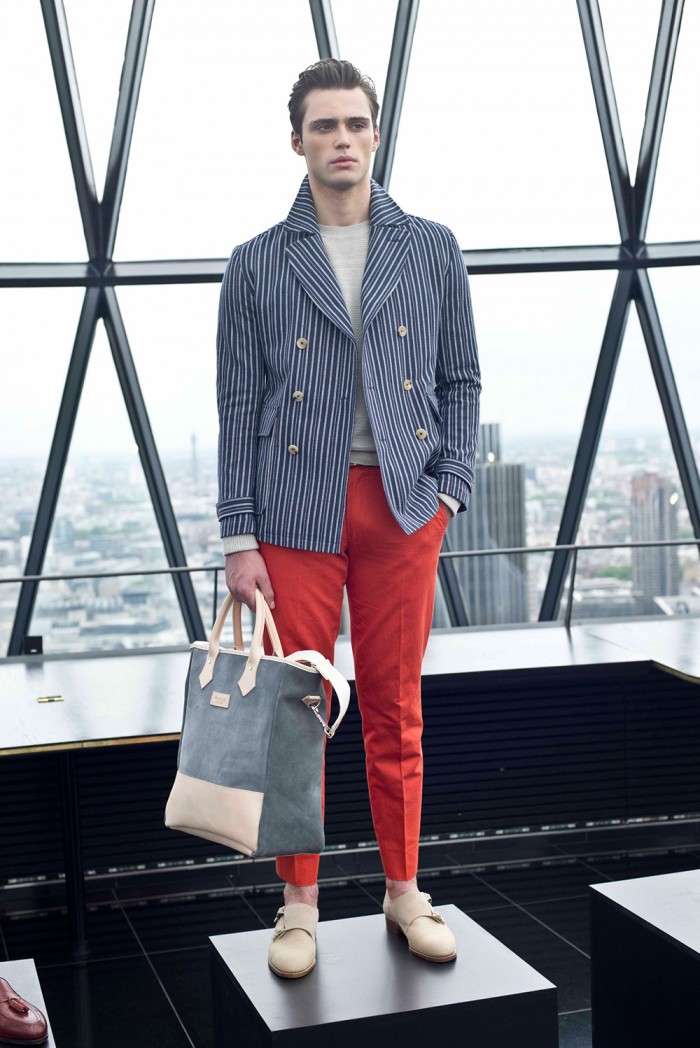 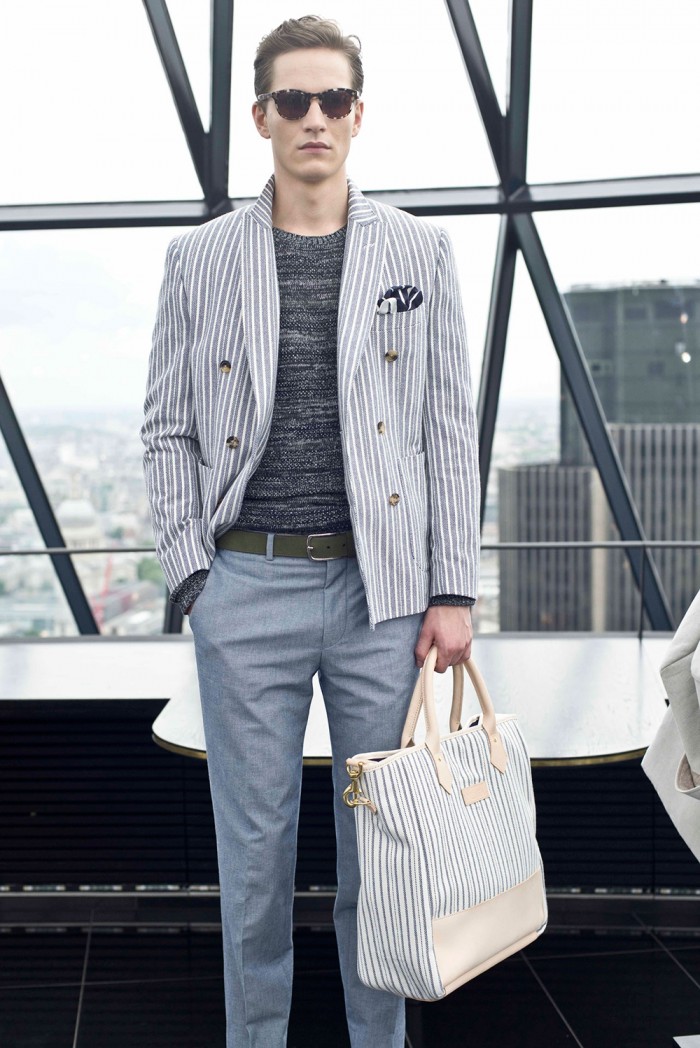 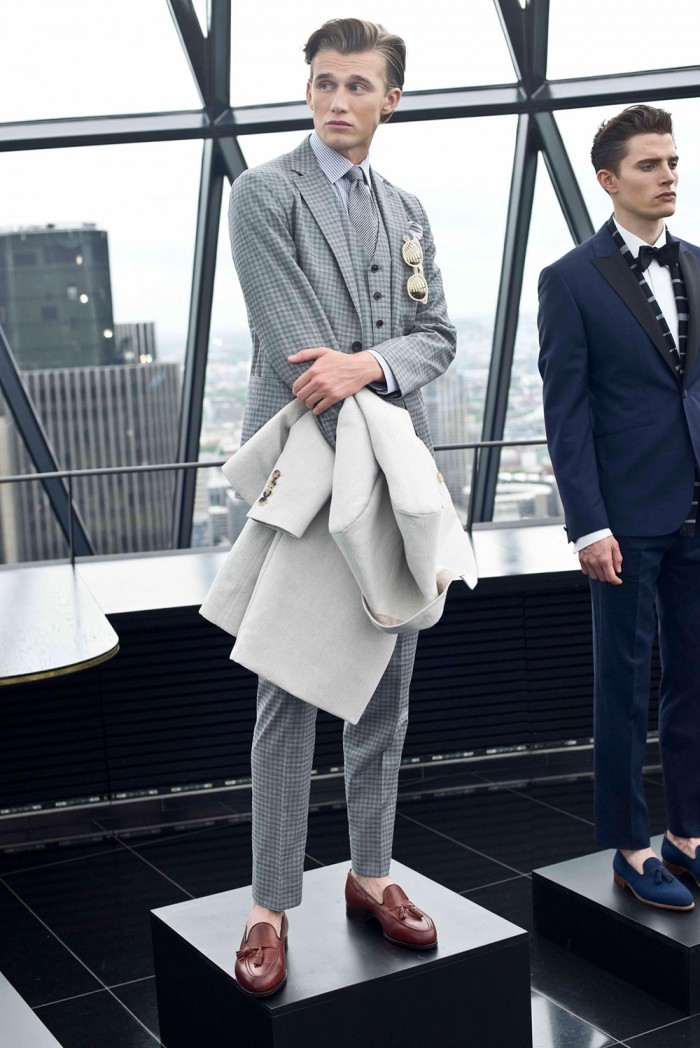 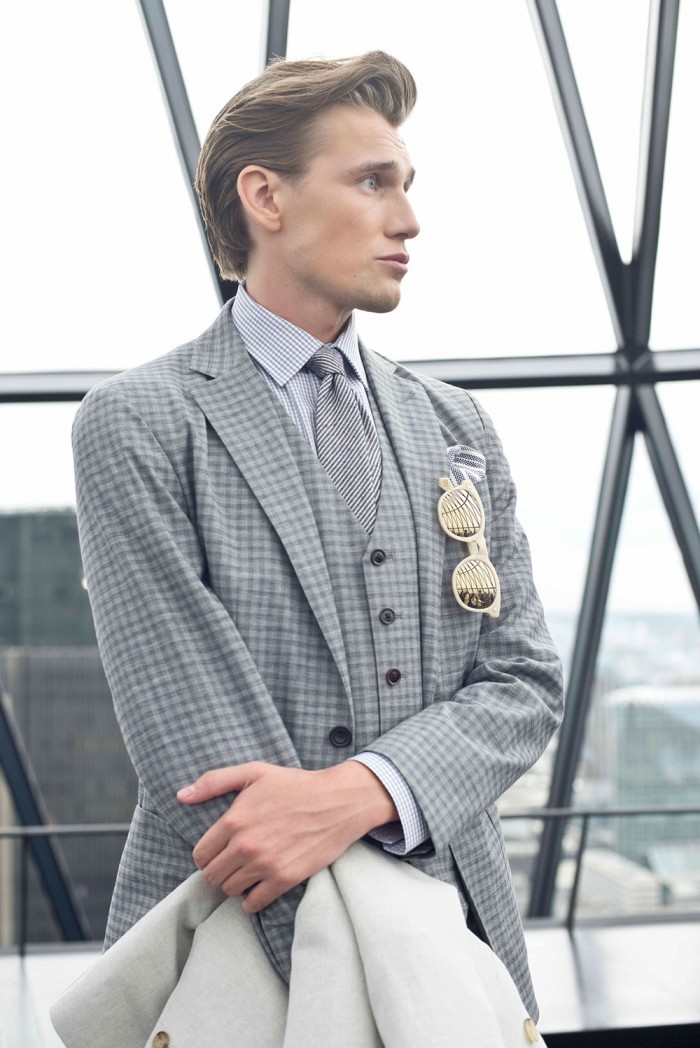 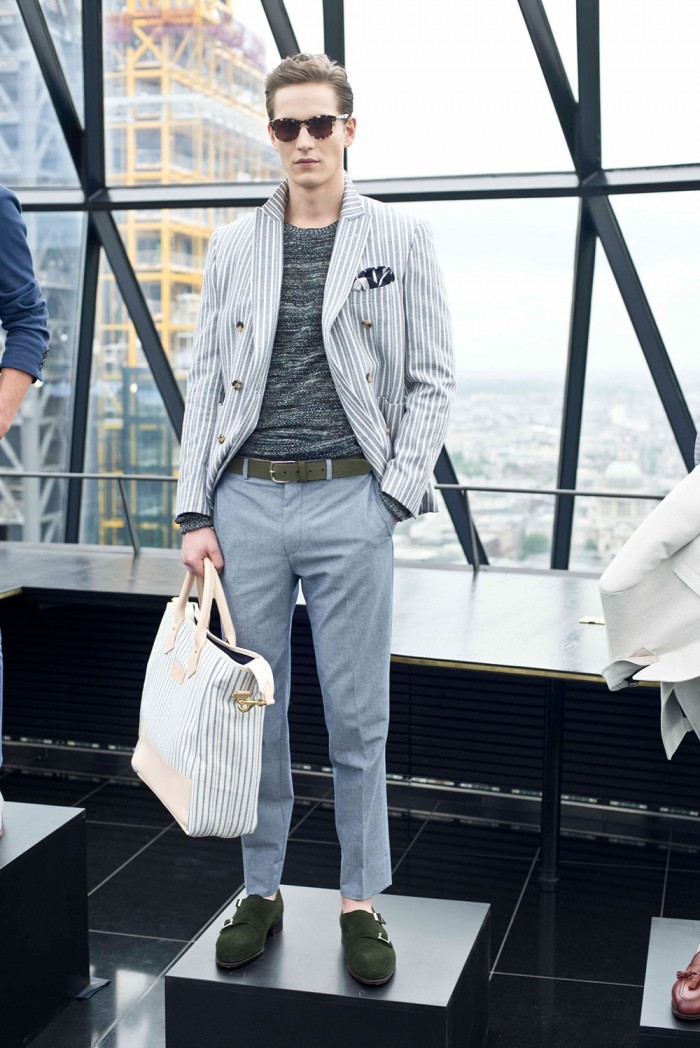 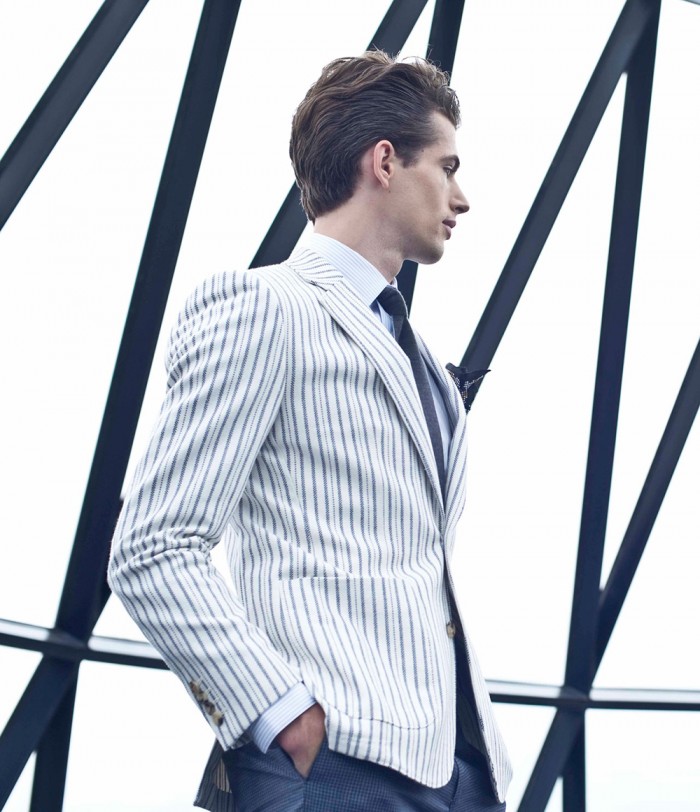 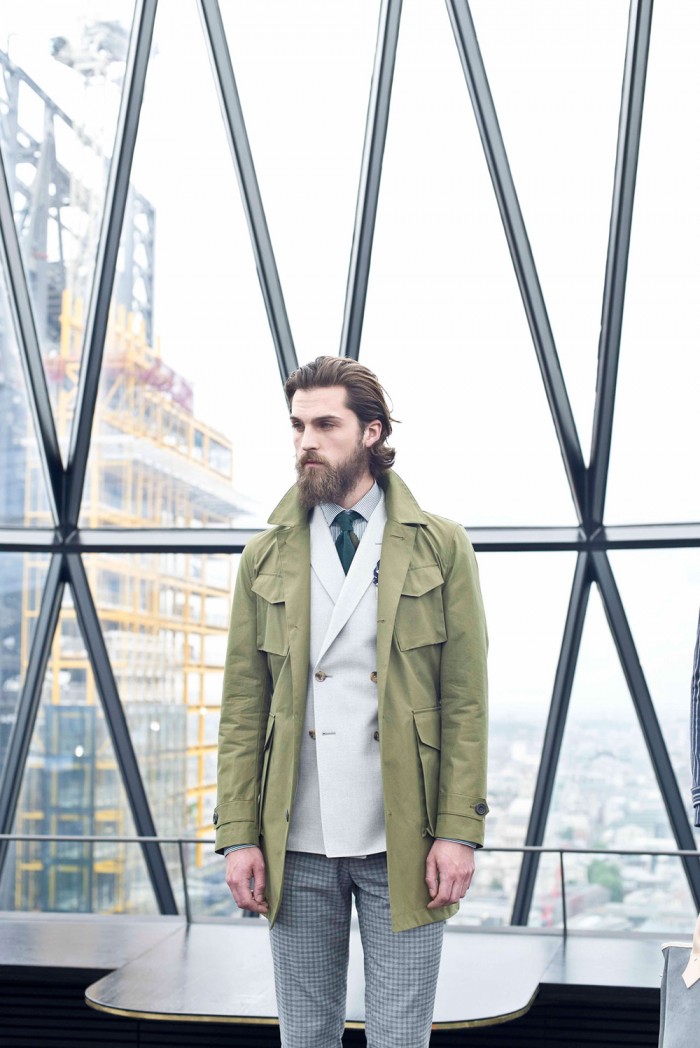 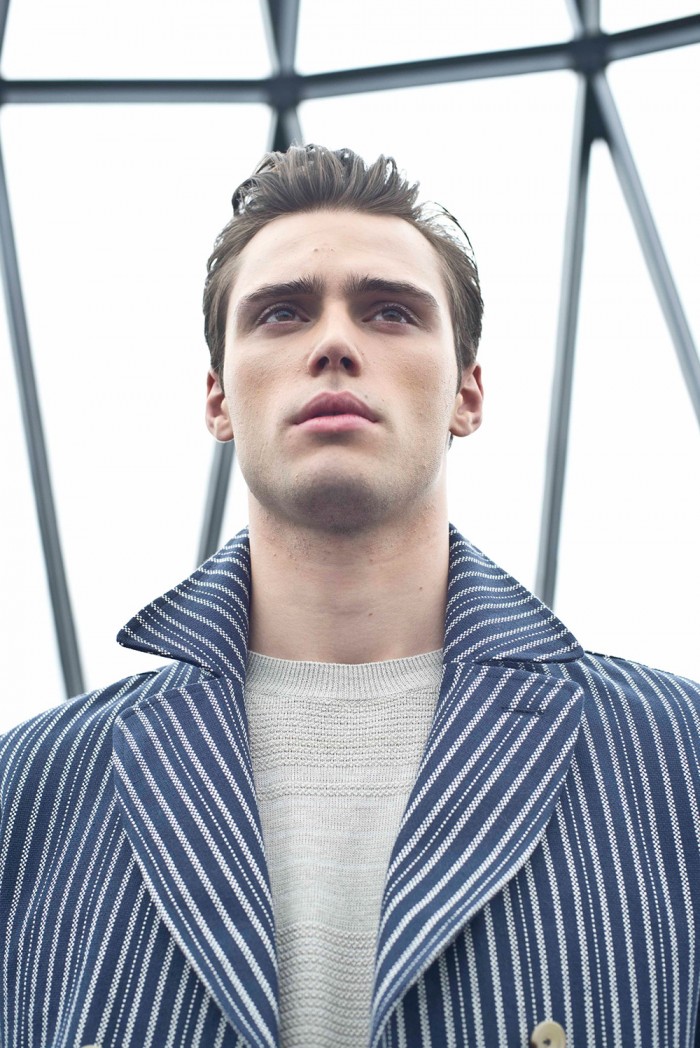 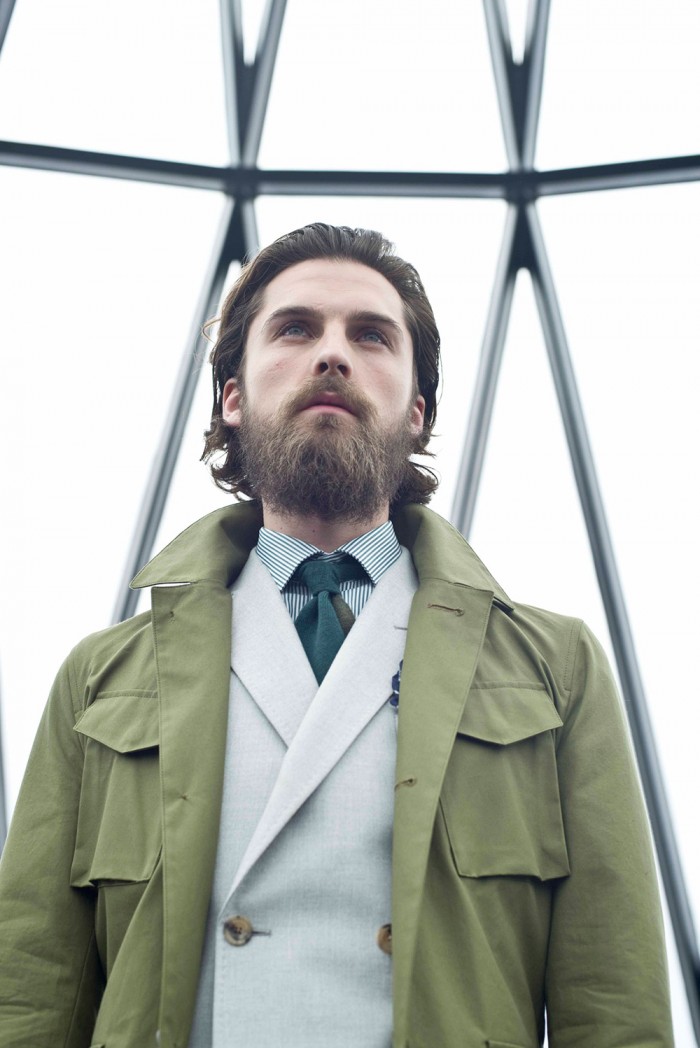