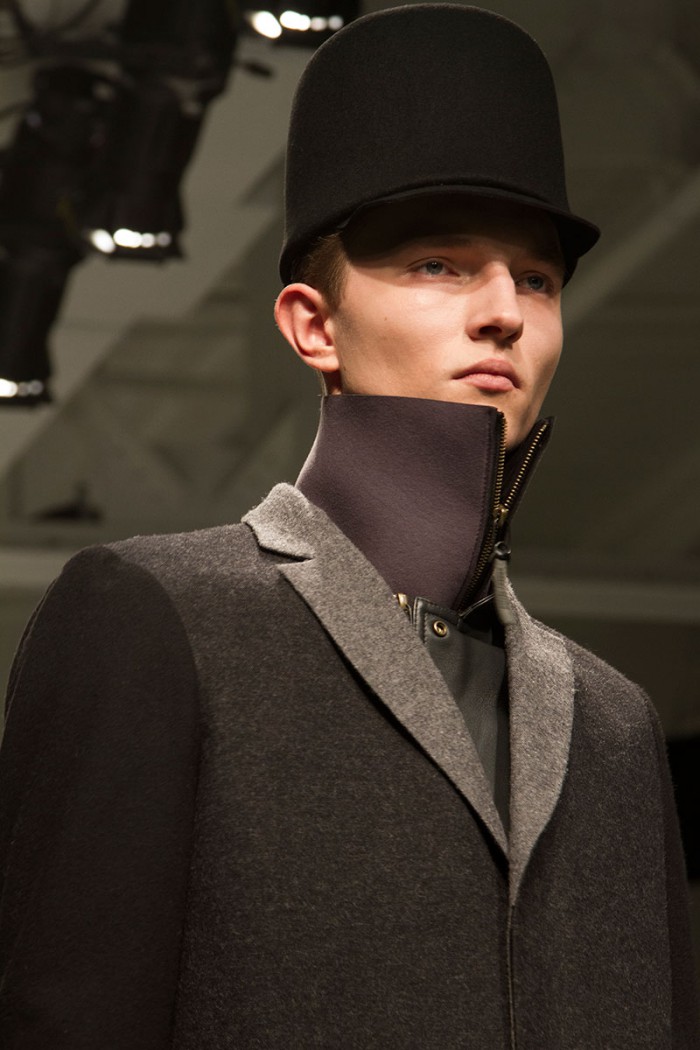 Appropriately enough for a German-born New York transplant, the menswear designer Robert Geller has always had a bit of a split identity. His clothes, year in and year out, have a simplicity and youthful purity that feel fresh and all-American, but always with an impressive conceptual bent that comes through powerfully without being oppressive. Geller has also, perhaps more so than any other New York designer, always had a firm grasp on the past, specifically the artistic lineage of Europe through the twentieth century. He has pulled from German Expressionism and the Berlin punk scene, Constructivism and student protest movements, always filtering his inspirations through his own unique design sense. For Fall 2014, Geller turned to David Bowie—also the touchpoint for his strong Spring 2012 collection—and specifically his film The Man Who Fell to Earth. But that didn’t mean anything nearly as literal as redheaded aliens stomping the runway. Instead, Geller worked towards a sense of not-quite-fitting-in with a rich variety of colors and textures, from Laurie Harding’s neoprene leggings to the swirling, glistening blues and purples on William Eustace’s baggy blazer. There were sporty racings stripes running up the legs of Branko Maselj’s trousers, and the looks combined layers in ingenious ways to intriguing effect. This was a collection that, despite all its moving parts, felt cohesive all the way through, from the tall felt hats that topped the boys’ heads to the colorful Common Projects trainers on their feet. The pieces were worth pulling apart, with a sturdy blazer here and a charming speckled shirt there, but seeing them all piled together helped add that special Geller twist, one that can be counted on again and again to reveal something new.

Review by Jonathan Shia
Photos by Kirt Reynolds for models.com 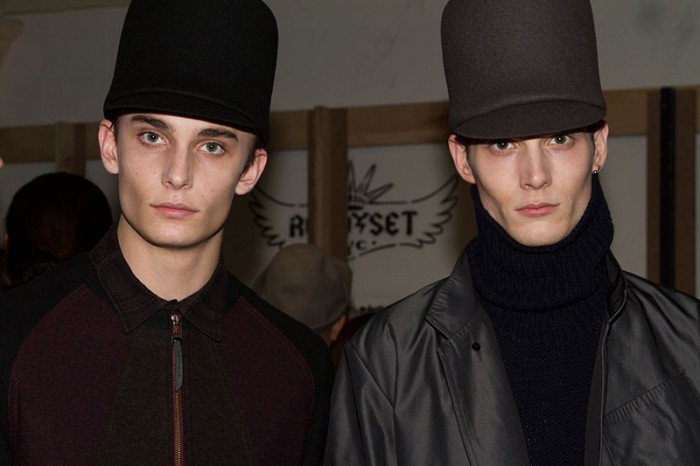 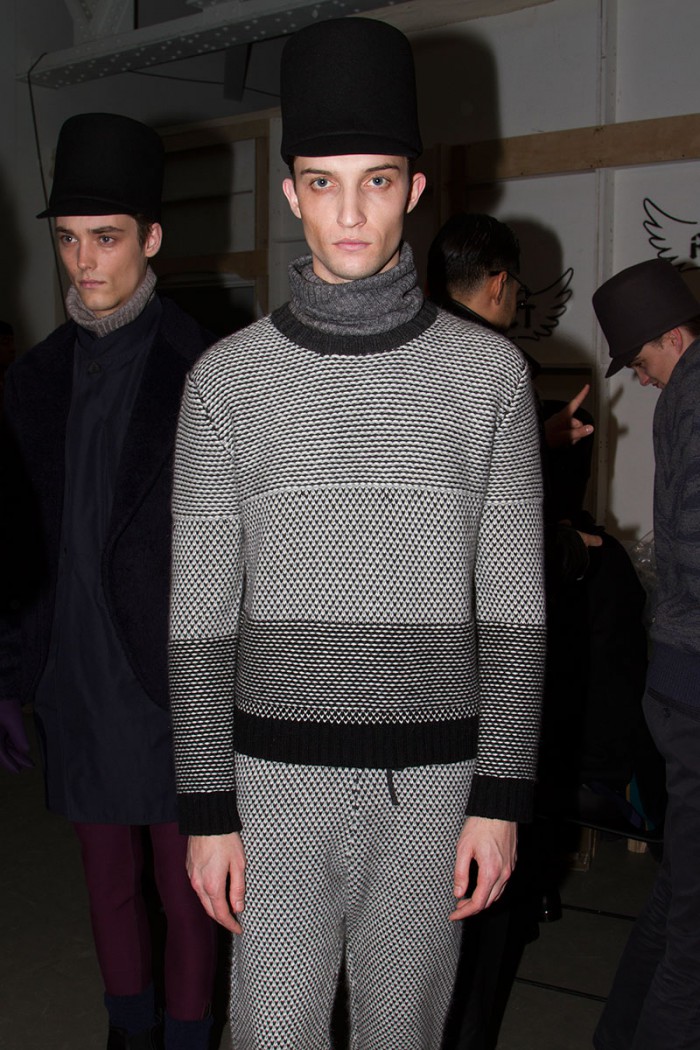 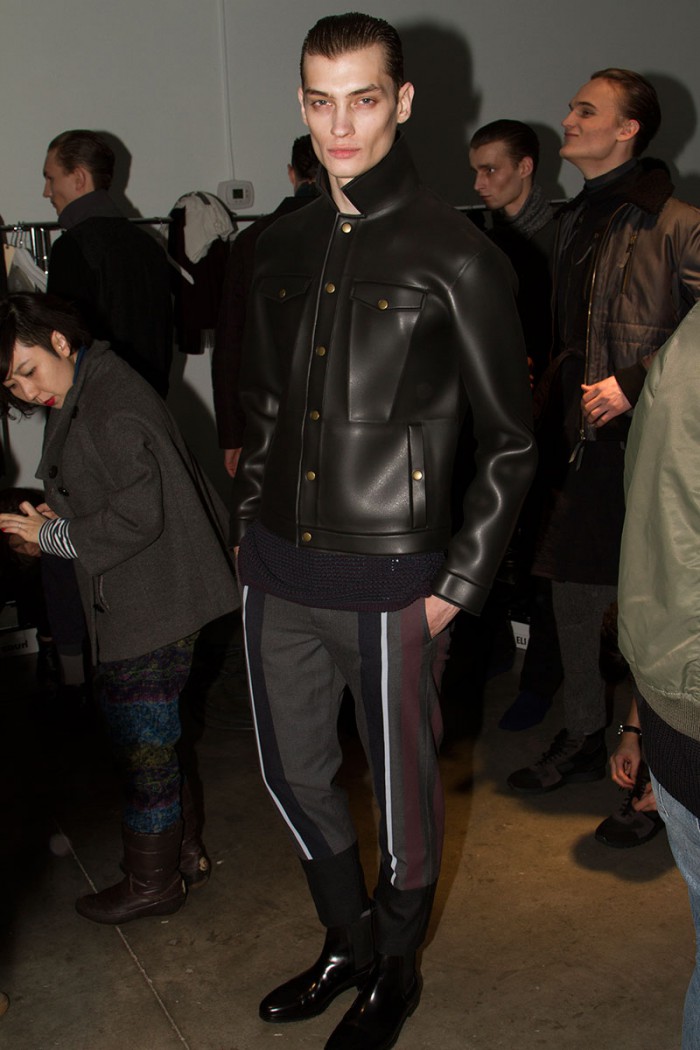 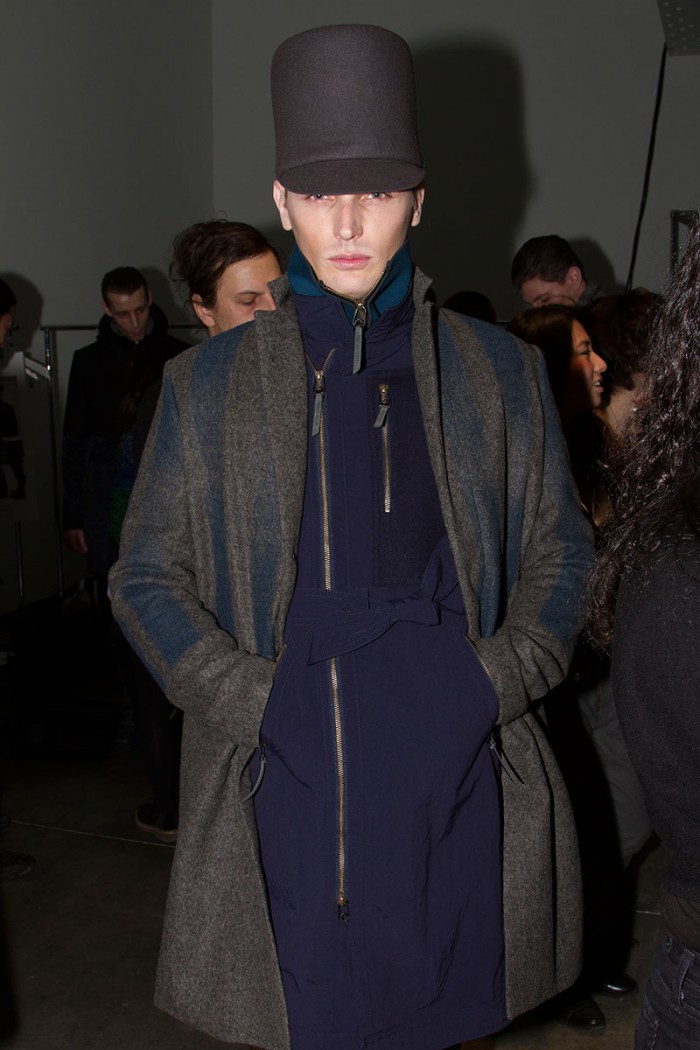 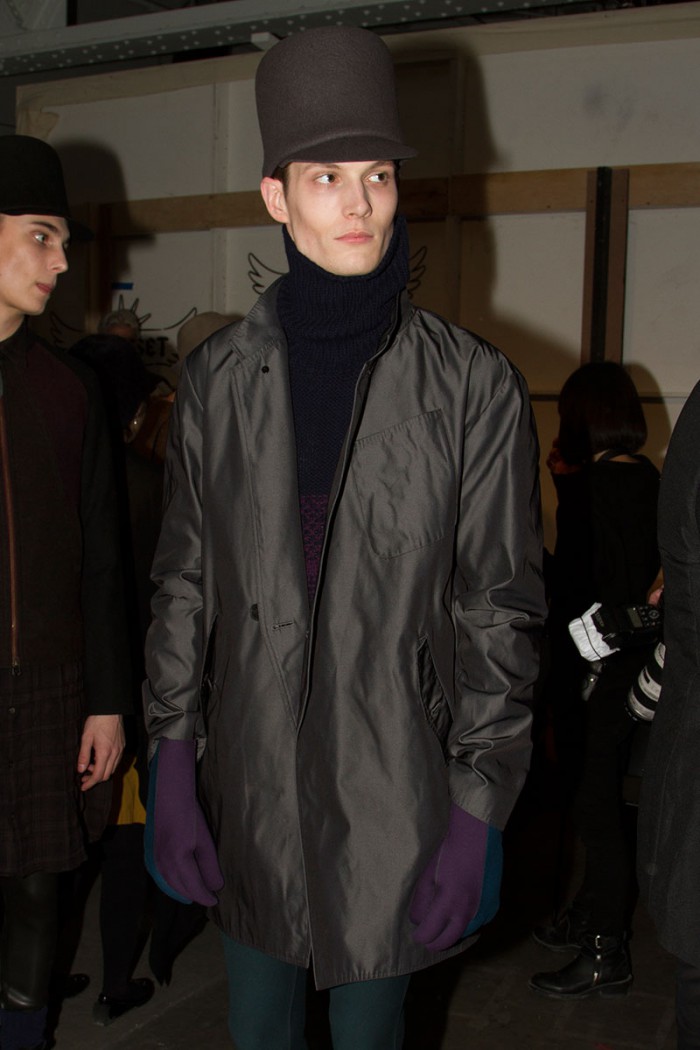 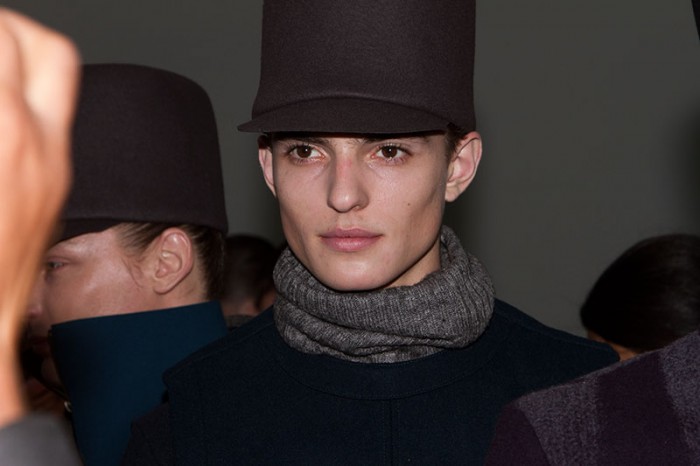 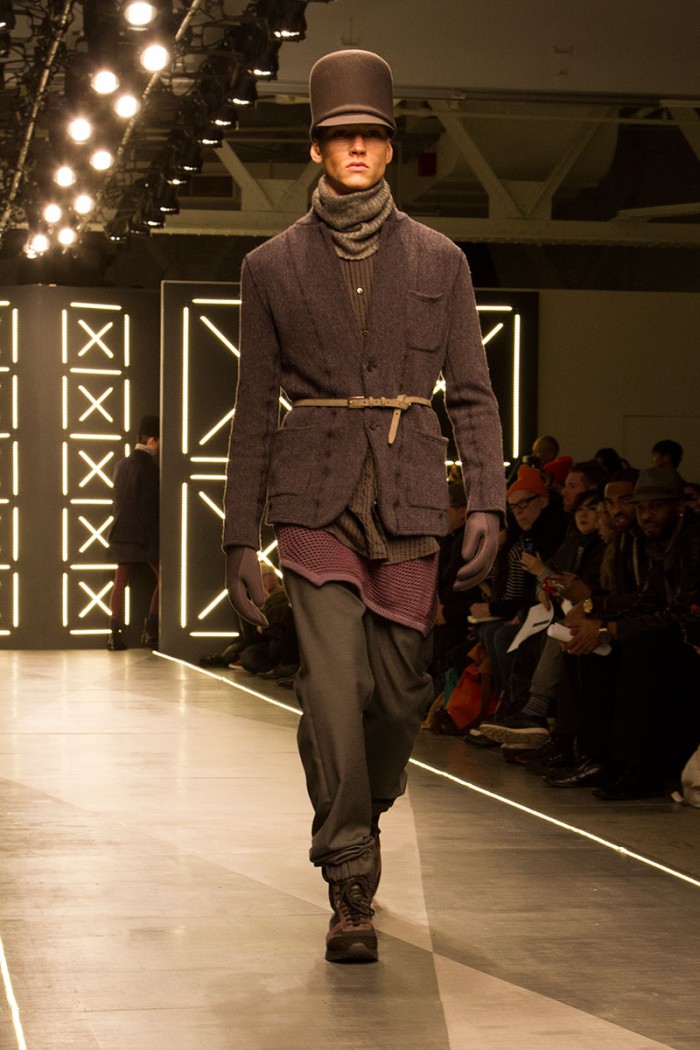 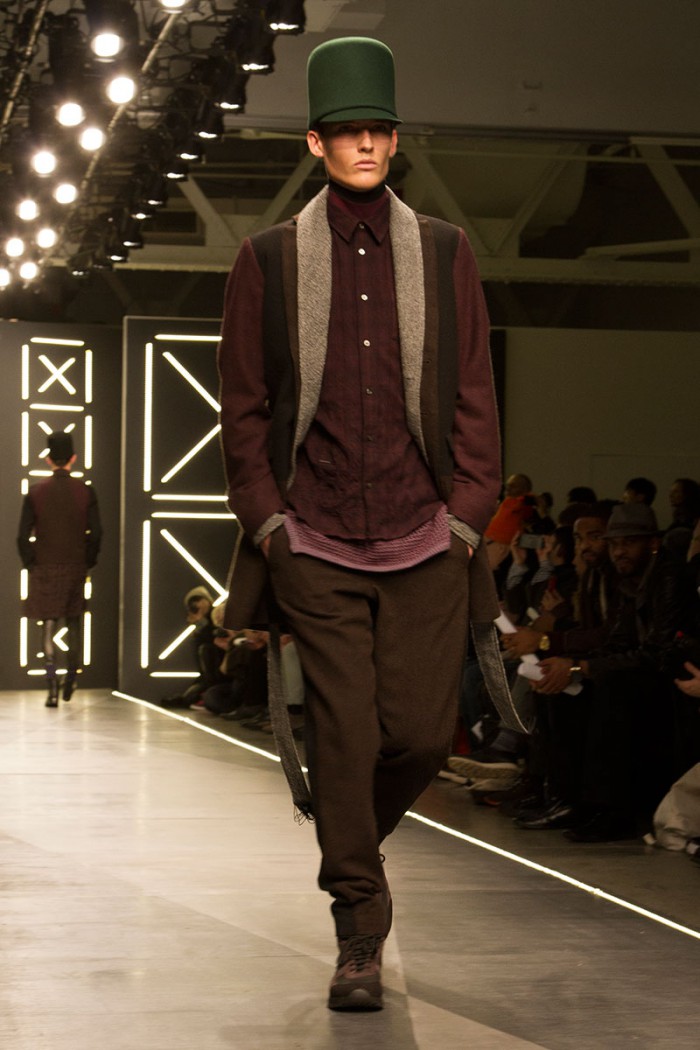 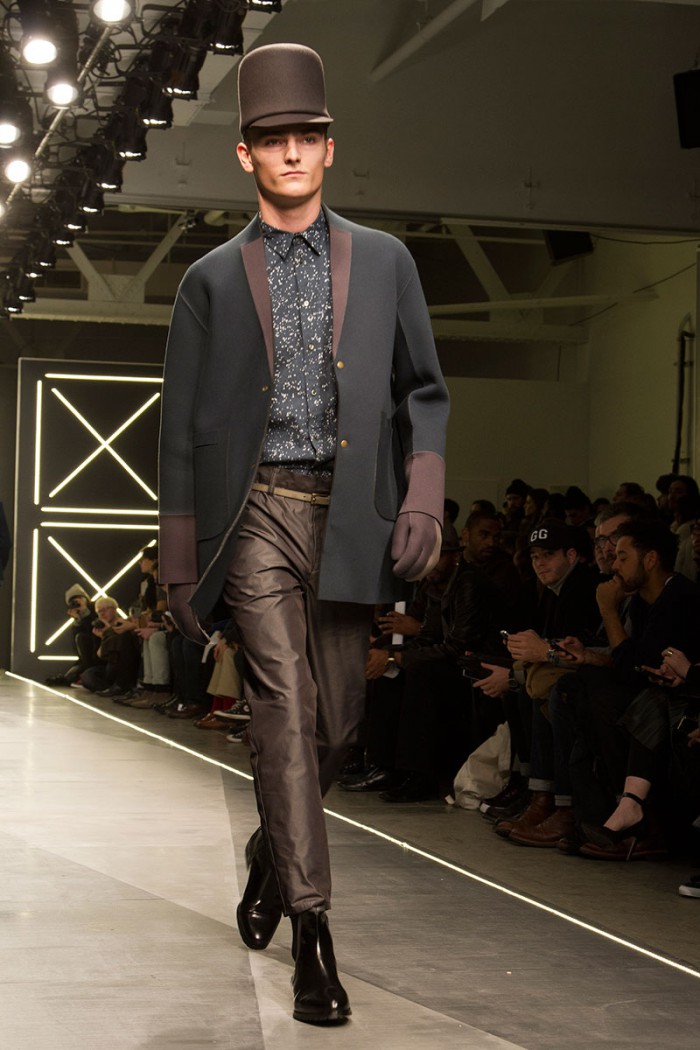 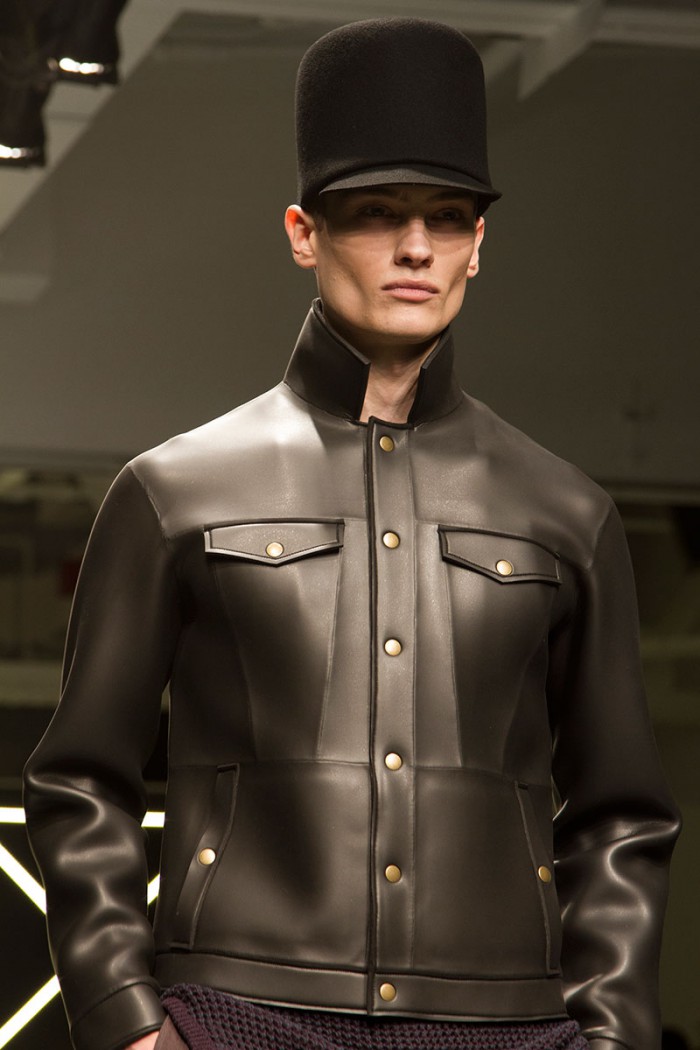 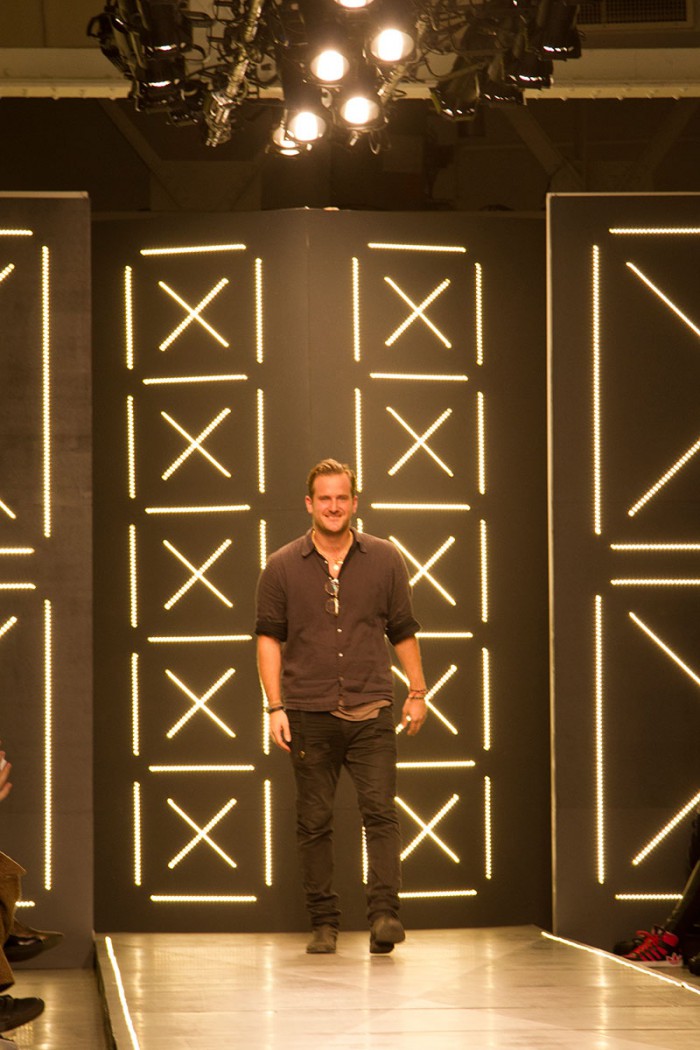 On the Street: NYFW Day 5
NEXT