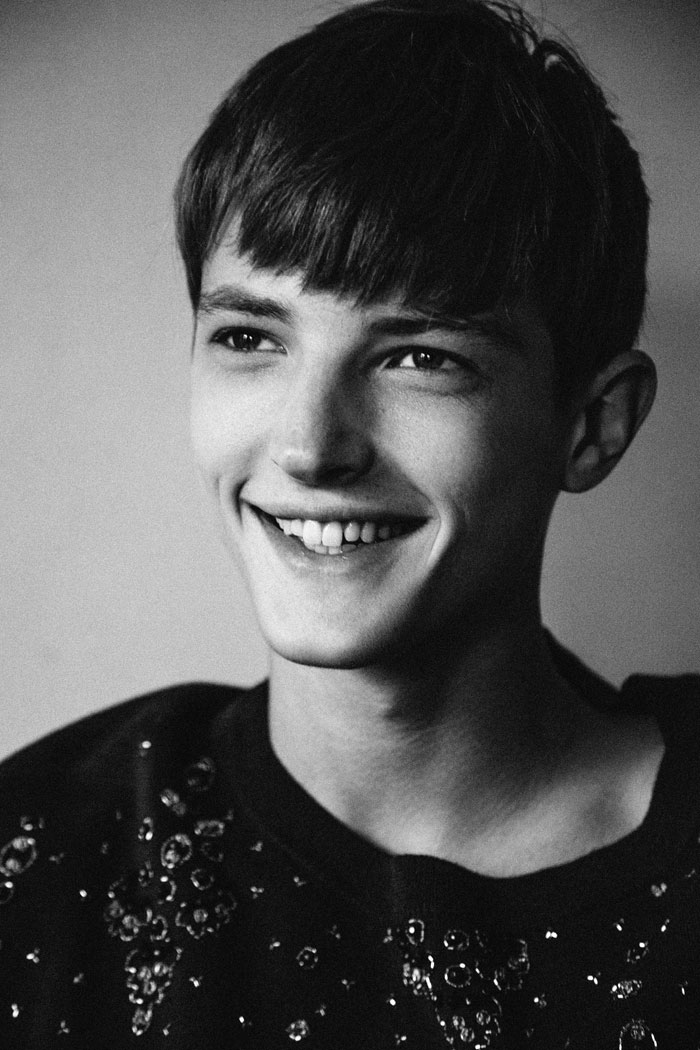 Every season has its crop of Top Newcomers, but sometimes there’s one that stands out from the pack. For Spring 2014, that star was Abel Van Oeveren, who opened the Burberry show the day after signing with Elite in London then went on to walk for Jil Sander, Prada, Valentino and Louis Vuitton, among many others. The fine-featured Dutchman first came to our attention last February, when stylist Tom Van Dorpe (New York: Management + Artists, Paris: Management + Artists) booked him as an exclusive for Tim Coppens‘ show and told us to keep our eye on him. Lea Colombo photographed Abel in all Dries Van Noten after Paris Fashion Week, and our men’s editor Jonathan Shia spoke with him about his fears, his hopes, and his love of kitesurfing.

MDC: How did you get scouted?

Abel: I had a friend who was with Tony Jones and he told me it might be something for me to look into. I submitted myself and the next day I was at Tony’s office. He sent me to New York three days later. It all went really fast because I happened to have two weeks off from school then. I was still studying, but I just went. I did some editorials, but I didn’t even have a book or anything, so I had to start from zero in New York.

MDC: What were you studying in school?

Abel: I was studying commercial economics, but I had already realized I didn’t like the subject. Then when modeling came up I thought, Why not? I’m taking at least a year off now and we’ll see how it goes. 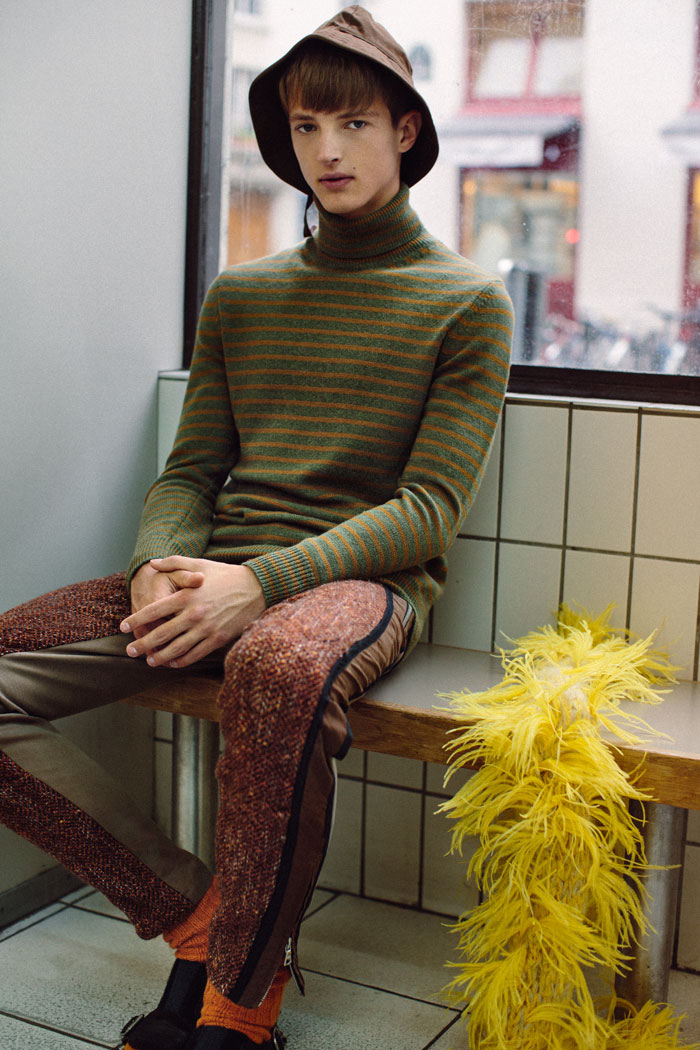 MDC: How has work been since New York Fashion Week?

Abel: When I went back home right after, we had to work on the visa and do editorials, but there weren’t that many there. I did a job for Tommy Hilfiger back in Holland but then it was quiet for two or three months. There was almost nothing. That was the point when my mom and dad were telling me, “You aren’t working. Go do some stuff, get a daytime job.” It was kind of a hard period for me, but Tony was like, “No, no, no, you’re going to be good. Don’t worry. Work is going to be fine.” Then he placed me at Bananas in Paris and everything is fine now, so he was right.

MDC: Did you expect to do so well during your first show season in Europe?

Abel: No, I didn’t. I just wanted to get out of my house and go traveling. Even if I didn’t make any money, it was just the modeling life itself that I wanted to experience.

MDC: Do you know what sort of expectations your agencies had?

Abel: From the beginning, Tony kept telling me, “You’re going to be great.” He always believed in me. And Lana at VNY did too, of course. The day I came in, Tony sent the Polaroids to Lana and she was like, “I need to have him,” and flew me in three days later. 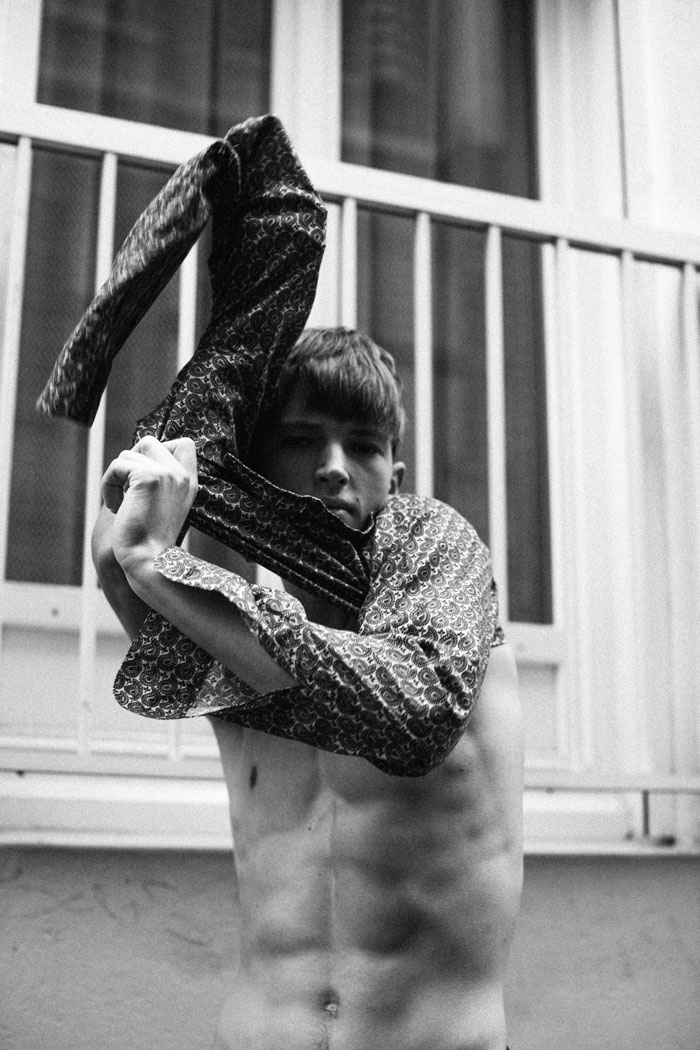 MDC: When did you find out that you were going to open Burberry?

Abel: It was funny because the Burberry exclusive wasn’t confirmed yet. I went to London and I did the fitting and everything was fine. The show was the next day and we had to come in really early—not only me, but two or three other exclusives too, so they could have opened too. Then that morning I went to my rack of clothes and I asked, “Who’s opening?” and they were like, “You are!” I got a little bit scared. Burberry was back in London for the first time and it was one of the last shows. The shows in Milan hadn’t started yet, so all eyes were on Burberry. When it was time to line up, I was a little nervous, but it was so much fun. And Christopher Bailey is really awesome.

MDC: I know you like to kitesurf in your free time. How did you get into that?

Abel: My family and I were always into spending time on the water. We have a boat, so we go sailing all summer long and on the weekends. I did snowboarding my whole life and wakeboarding after that, and the combination of sailing and boarding just came together and I started kitesurfing. My uncle does it and he taught me about three years ago. I love it. It’s what I do on holidays and weekends and even after school. I live fairly close to the beach, so if I have a few hours I go and kitesurf.

MDC: What are your plans after New York Fashion Week?

Abel: I’m going to stay in New York for a few months after to work. I’ll just see how the wind blows and try to keep working. It doesn’t matter where. 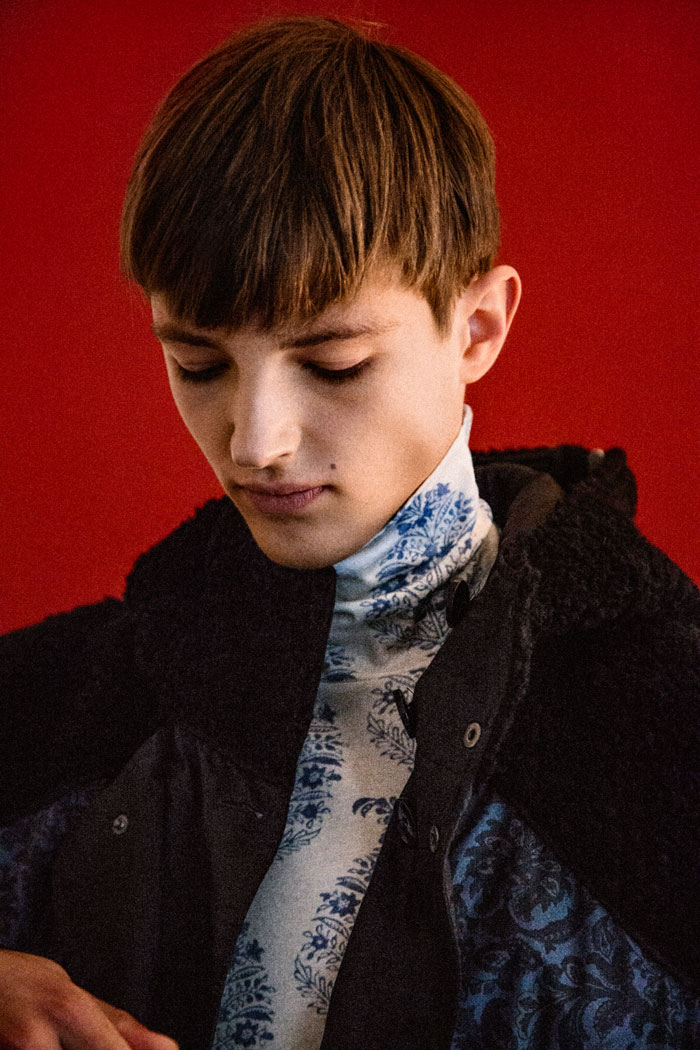 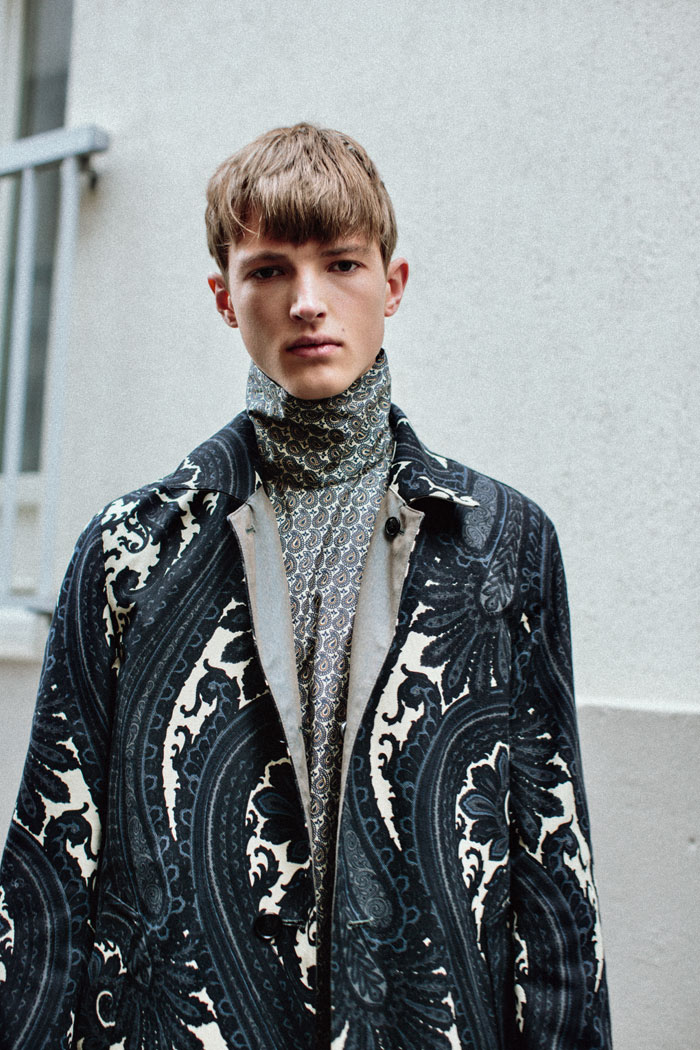 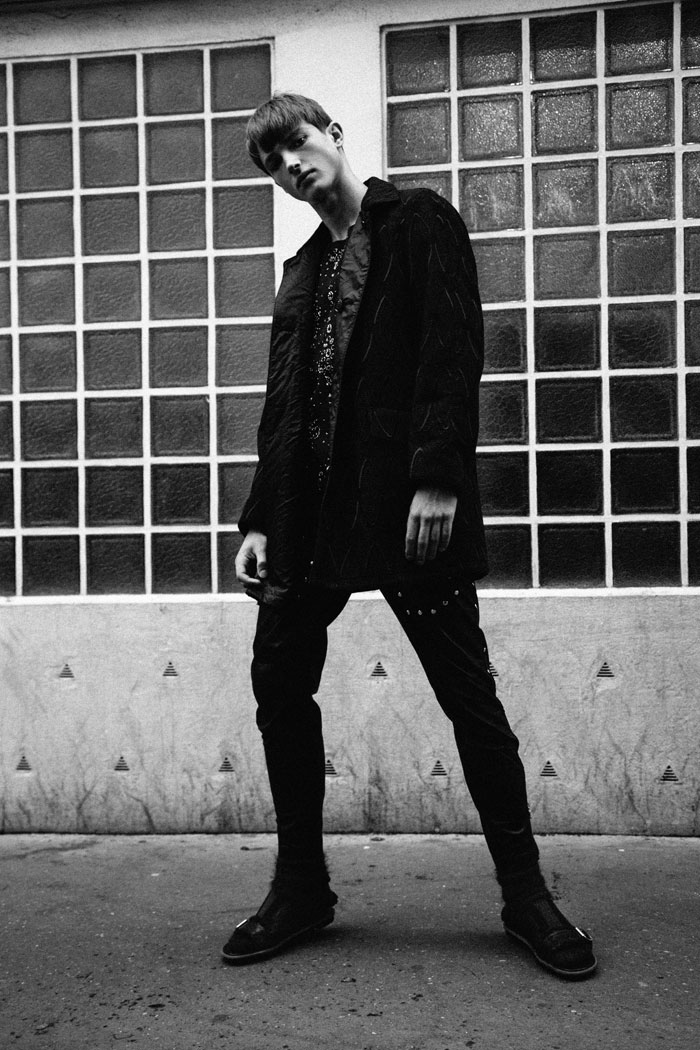 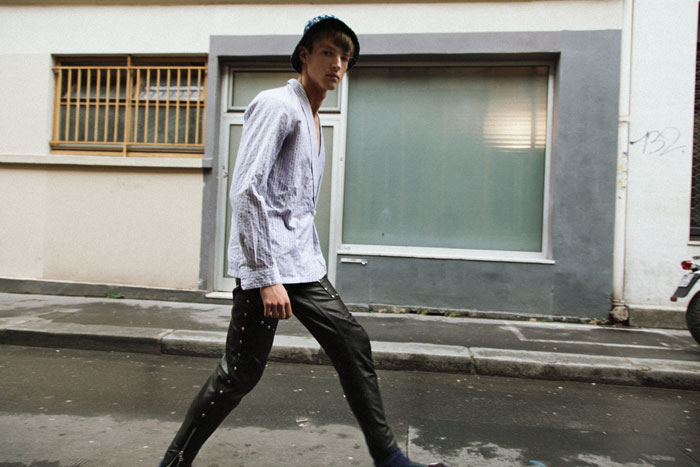 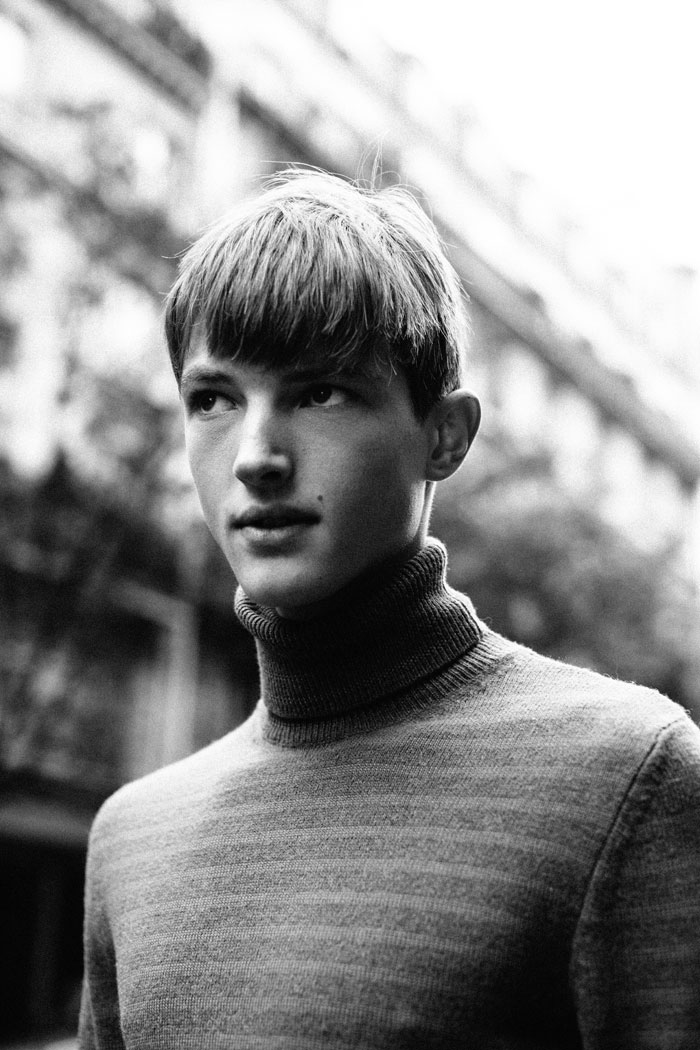 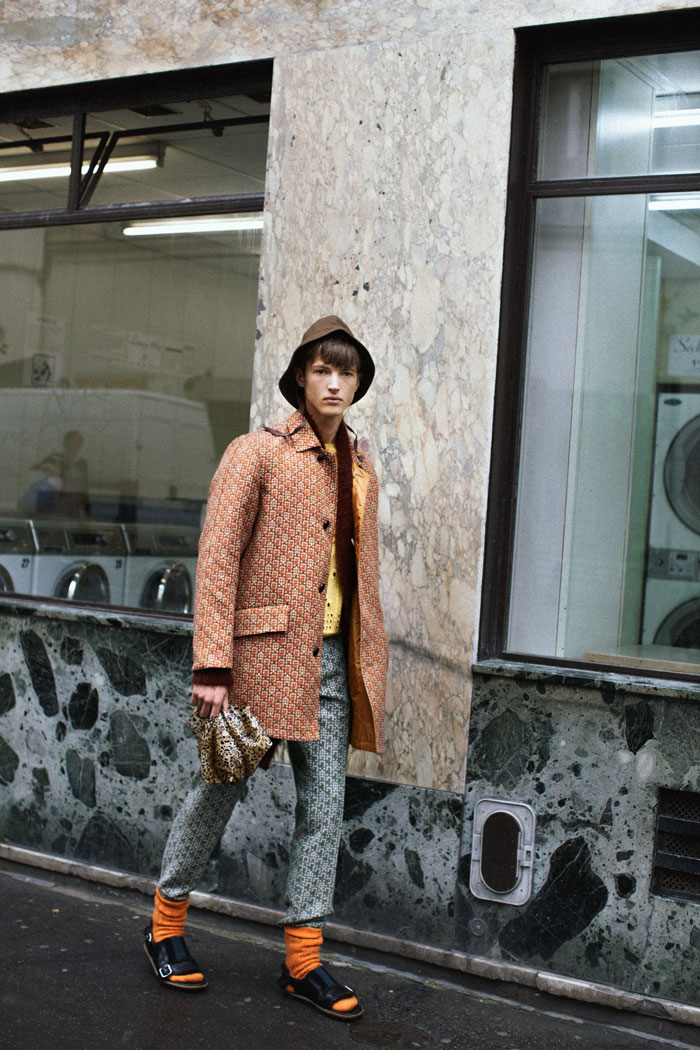 For Your Eyes Only
NEXT