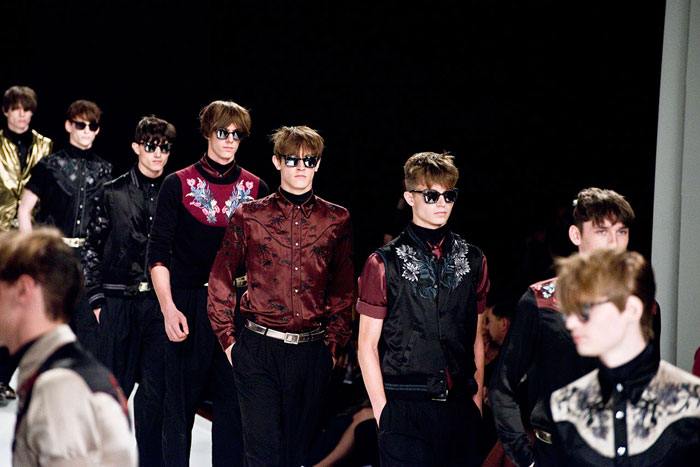 A cursory glance at the embroidered shirts and pullovers at Topman Design’s Spring 2014 show would’ve read urban cowboy, but there was something deeper and edgier at work in the cool collection. There was a rockstar edge to the sheeny button-ups, which had a rockabilly flair that was finished off by glinting metallic belts. The show’s single-mindedness had a persuasive sense of purpose, a reminder that, corporate though Topshop may be, creative director Gordon Richardson has an uncanny ability to create inexpensive items that are fun, creative, and very desirable. Ian Sharp, Anders Hayward, and Rutger Schoone all sported classic takes on the Western shirt, with embroidered flowers spiraling across their yokes, but there were inventive updates on the look as well. Jester White’s soft bomber jacket had subtle embroidery tracing up the sleeves, while Ben Allen’s had a more delicate allover illustration that looked almost like chinoiserie. Topped off with stone-cold square sunglasses, the boys had just the right attitude for a brand that knows how to sell without selling out, once again proving that Topman is the high-street shop to watch. 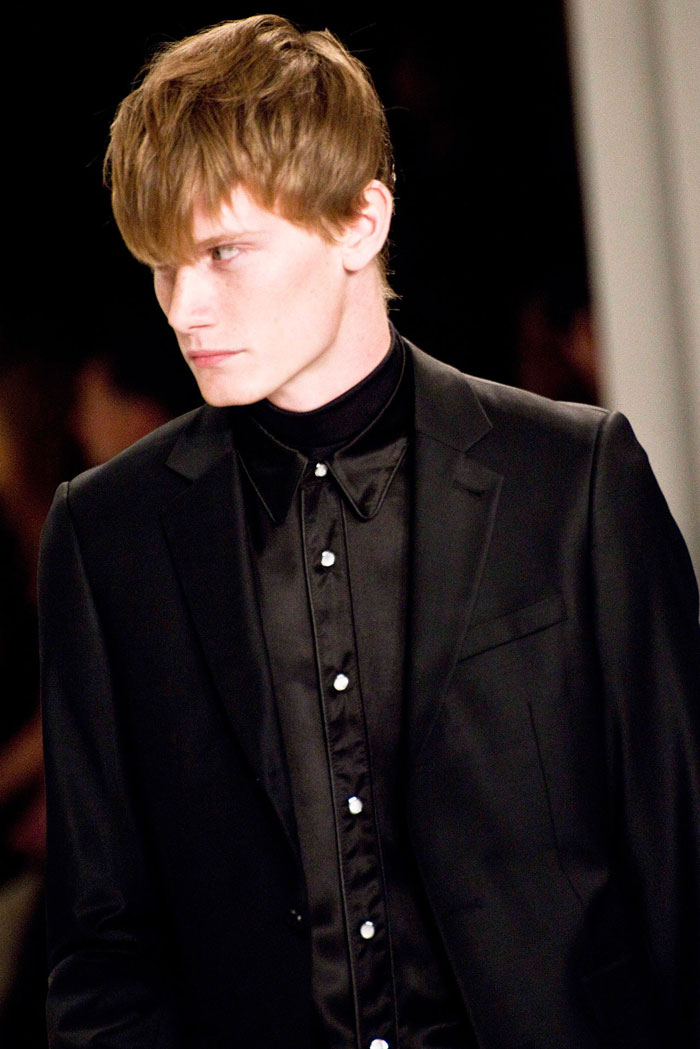 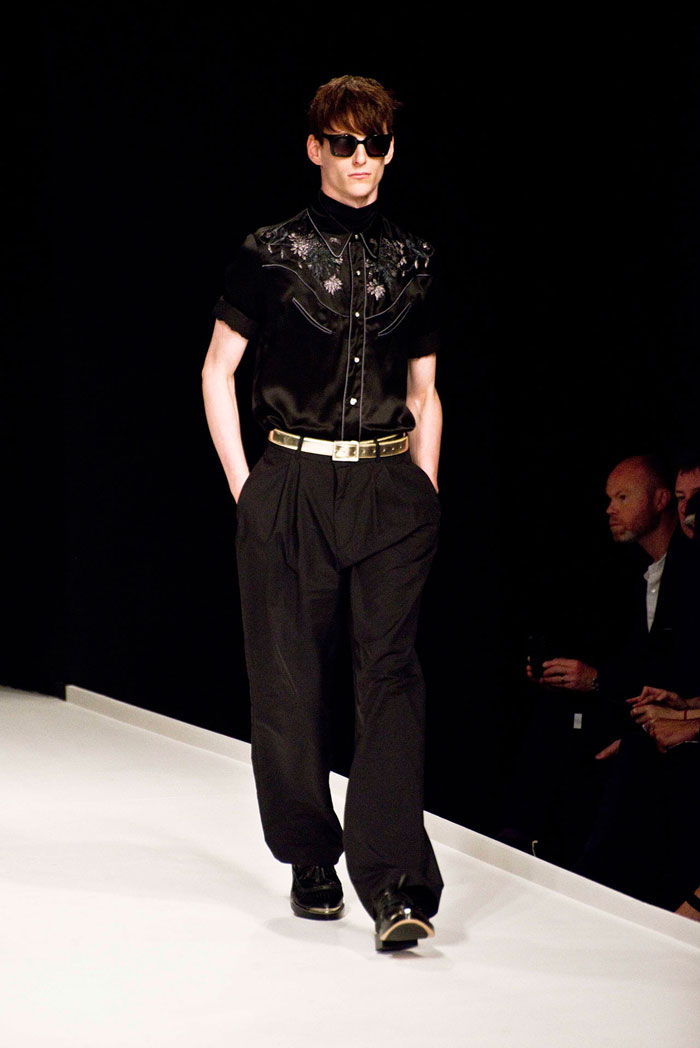 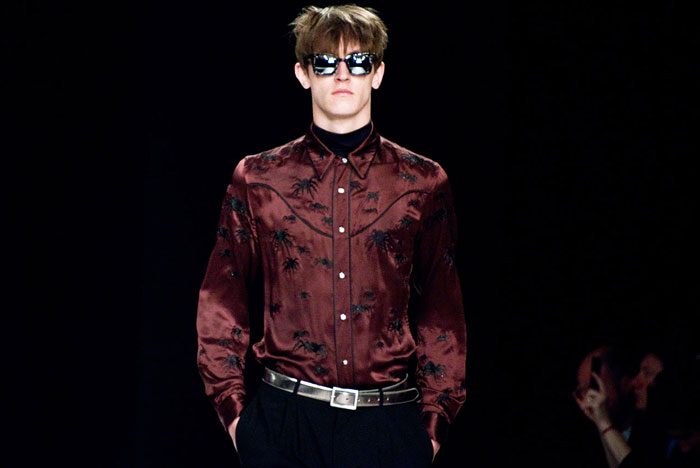 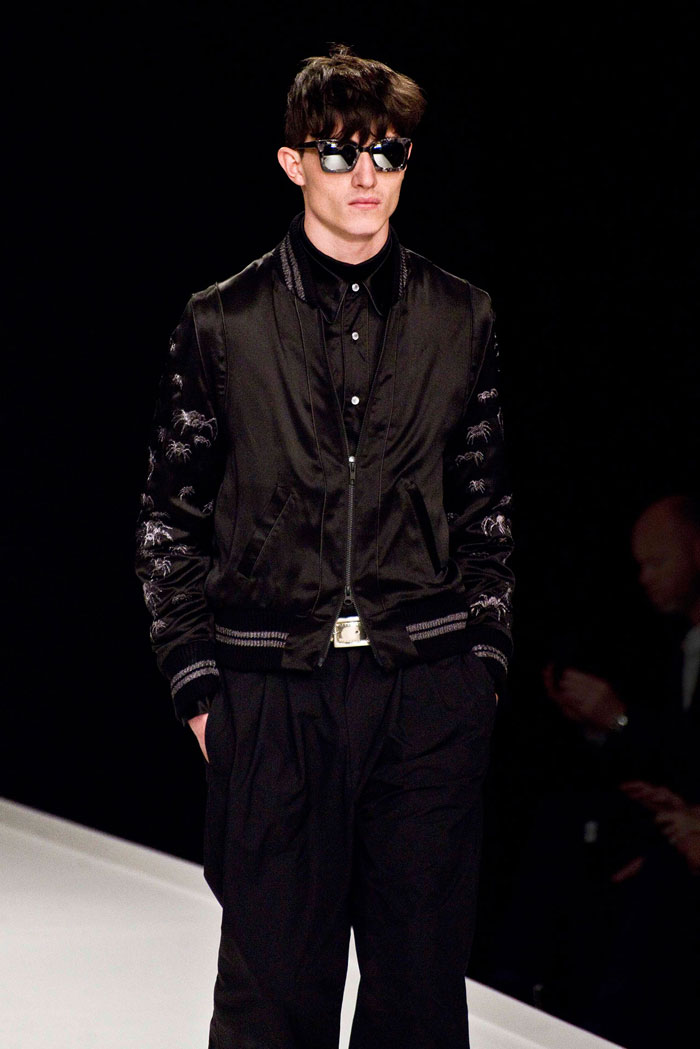 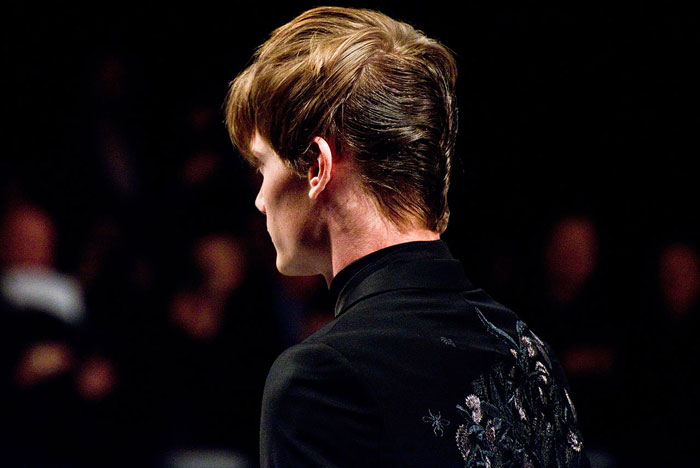 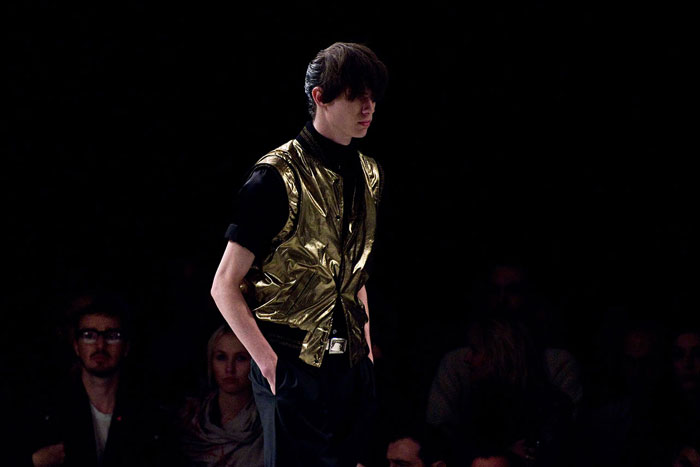 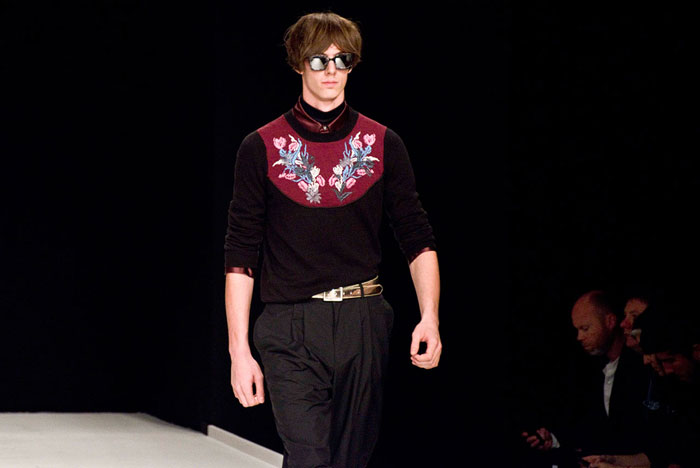 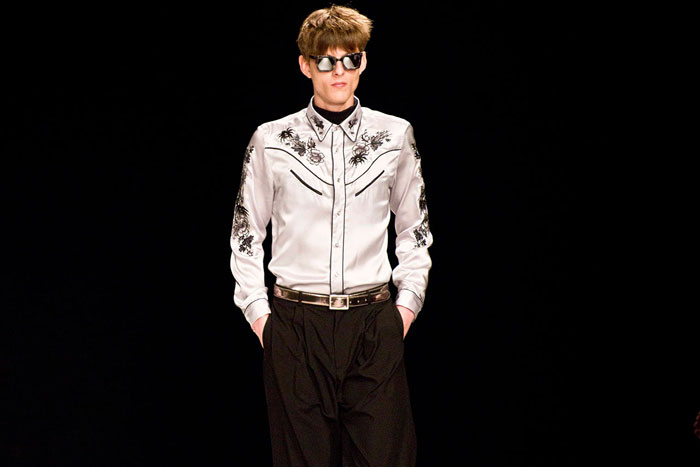 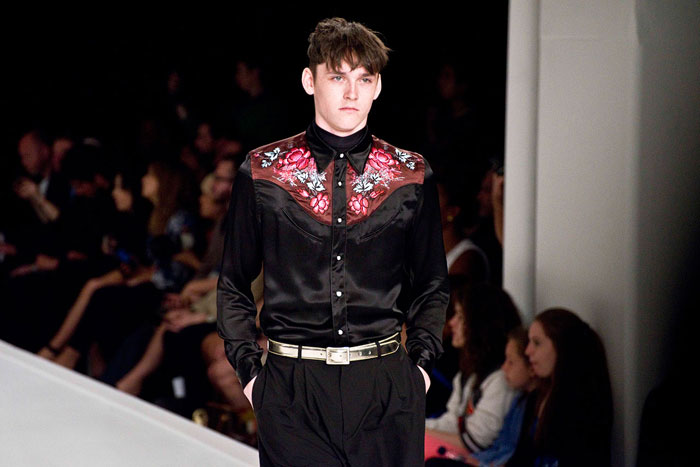 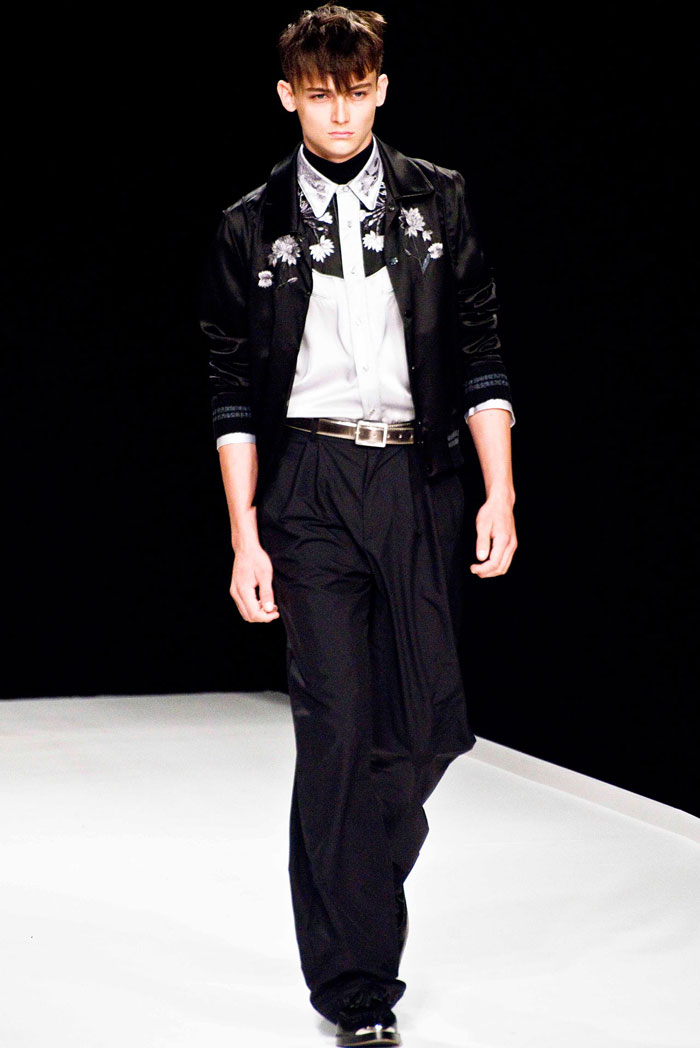 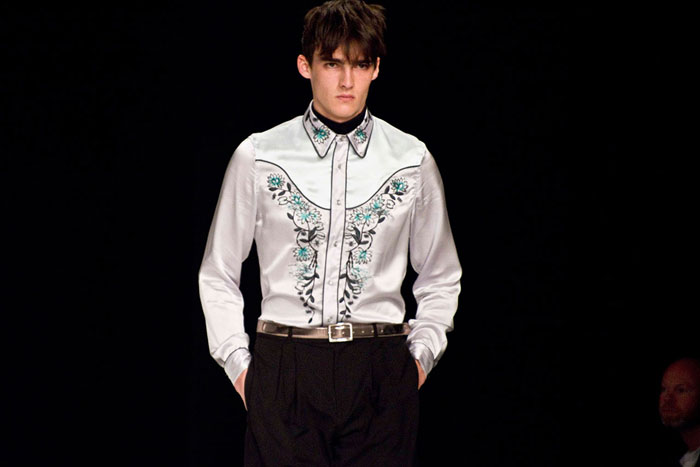 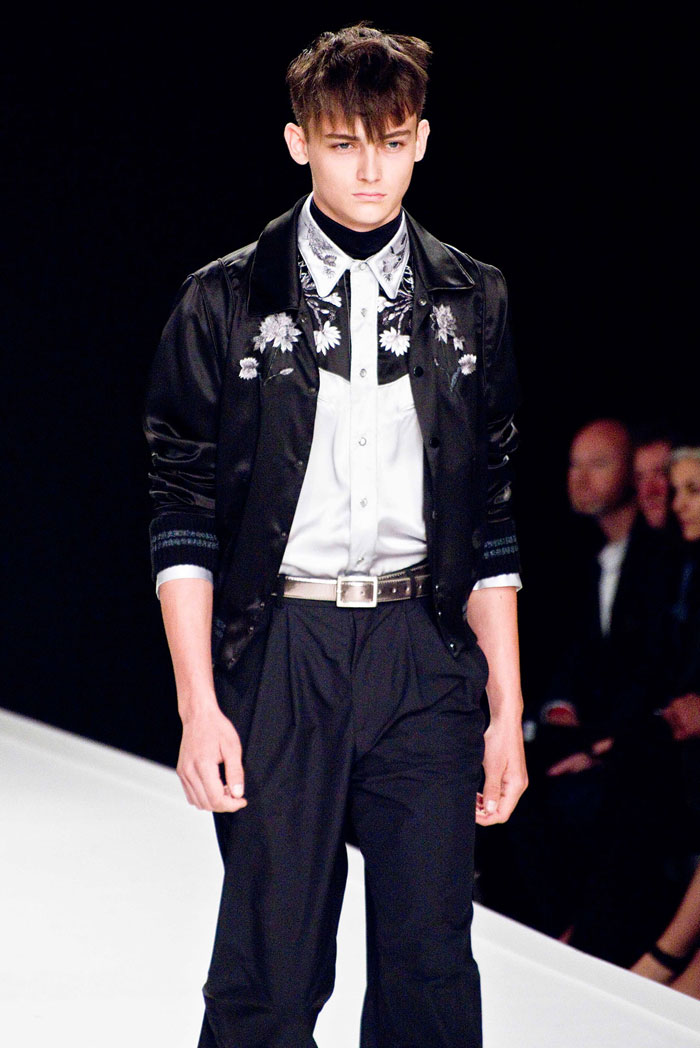 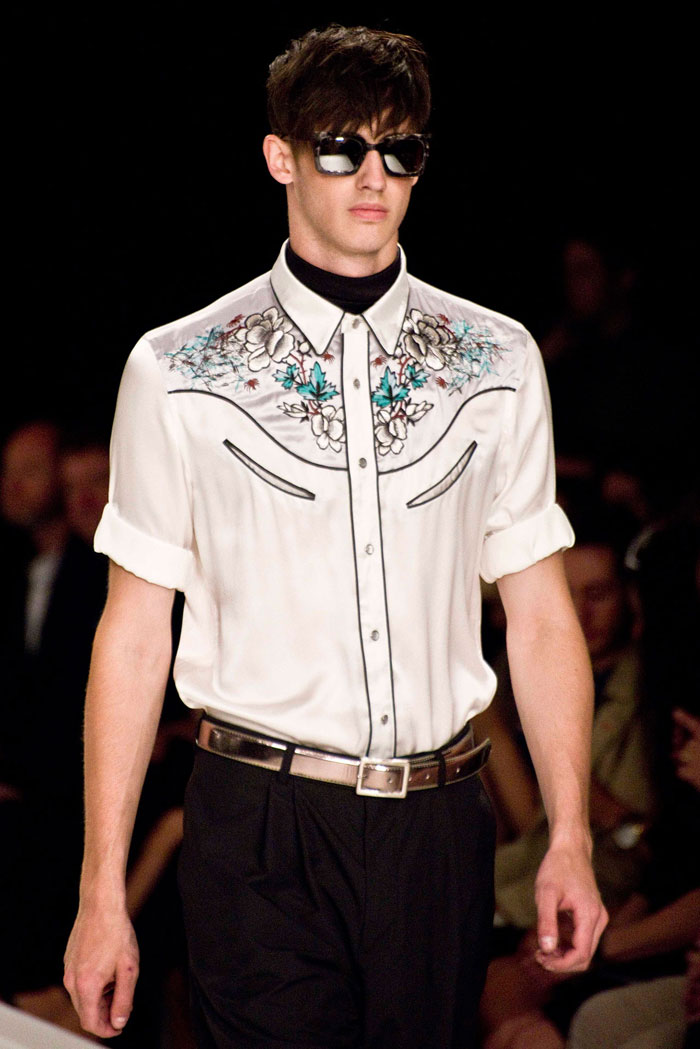