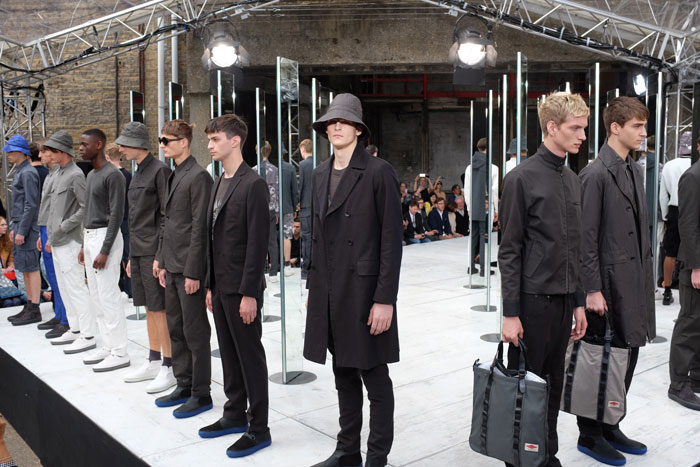 Those who find themselves puzzled by Rag & Bone’s appearance on the London calendar would do well to remember that—firmly entrenched in New York’s fashion establishment though they are—designers Marcus Wainwright and David Neville are English transplants. In the decade since founding their label, the pair have managed to combine their past and present, as it were, to great success, infusing classic British tailoring traditions with the vibrant edge of New York street style. For Spring 2014, presented against a backdrop of mirrored triangular columns that refracted the space into extra dimensions, Wainwright and Neville sent out a relaxed collection that had a hint of a seaside feel, down to the oversized bucket hats and Malcolm de Ruiter’s cargo shorts. There was an intriguing use of the sashiko technique—a traditional Japanese form of stitching—that added substance and volume to Botond Cseke’s toggle coat and Freddie Stoker’s utility trousers. Joe Collier’s slim dark indigo suit held up the tailoring end of the balance, but the emphasis remained on the youthful sportswear, especially the outerwear, like Benjamin Eidem’s winning gray flight jacket or Samuel Roberts’ slick waxed overcoat or Arthur Gosse’s clean and crisp white jacket. New York might be missing Wainwright and Neville during their time across the pond, but souvenirs like these more than make up for it. 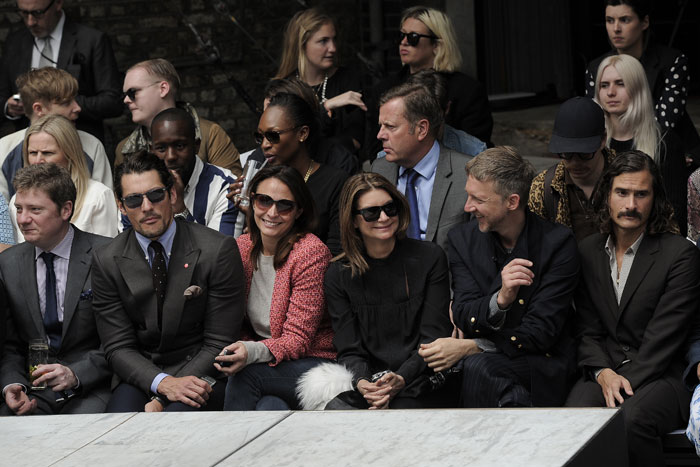 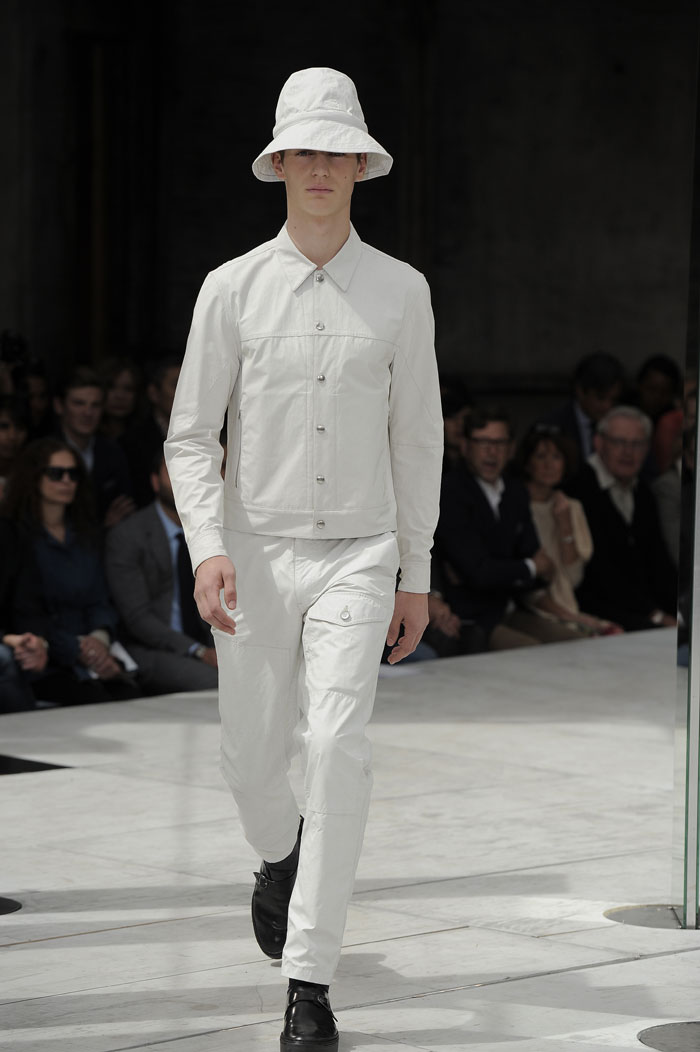 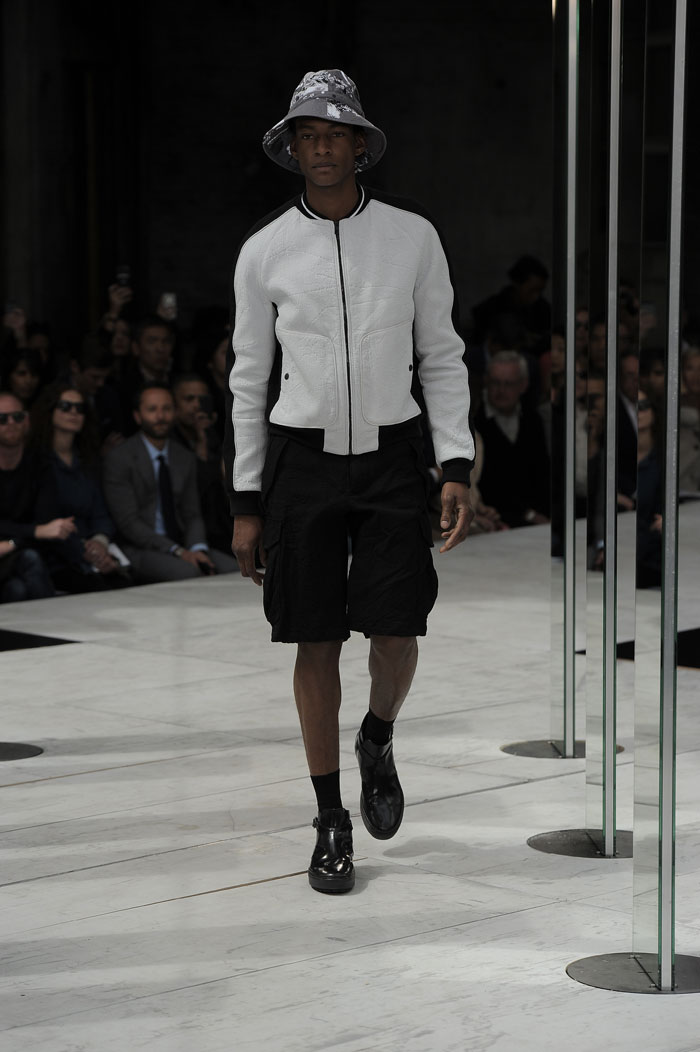 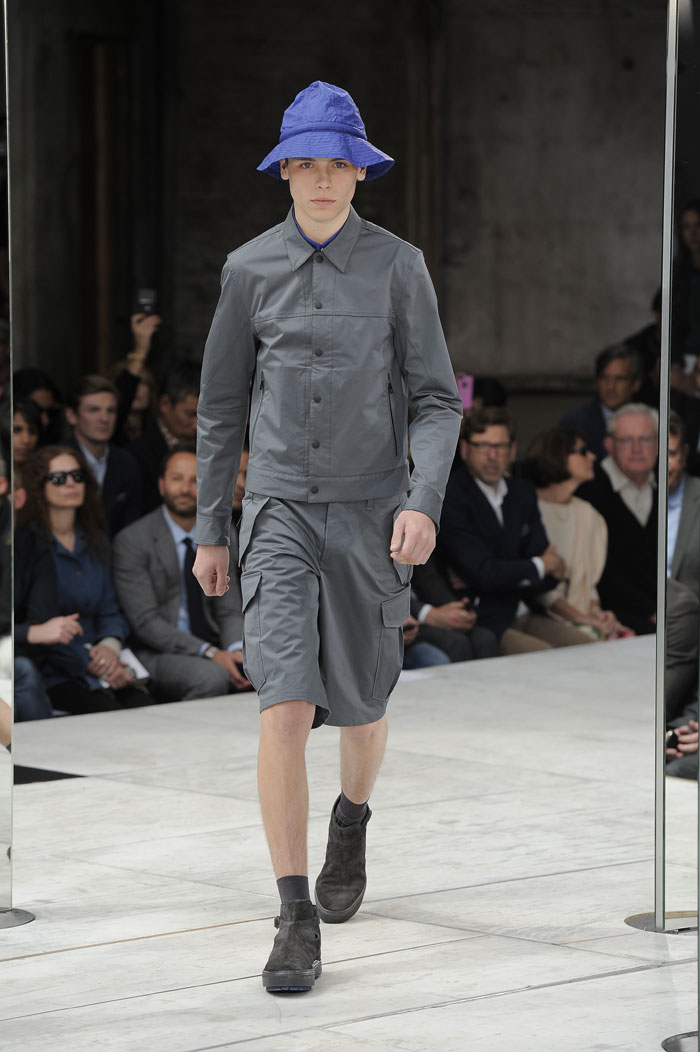 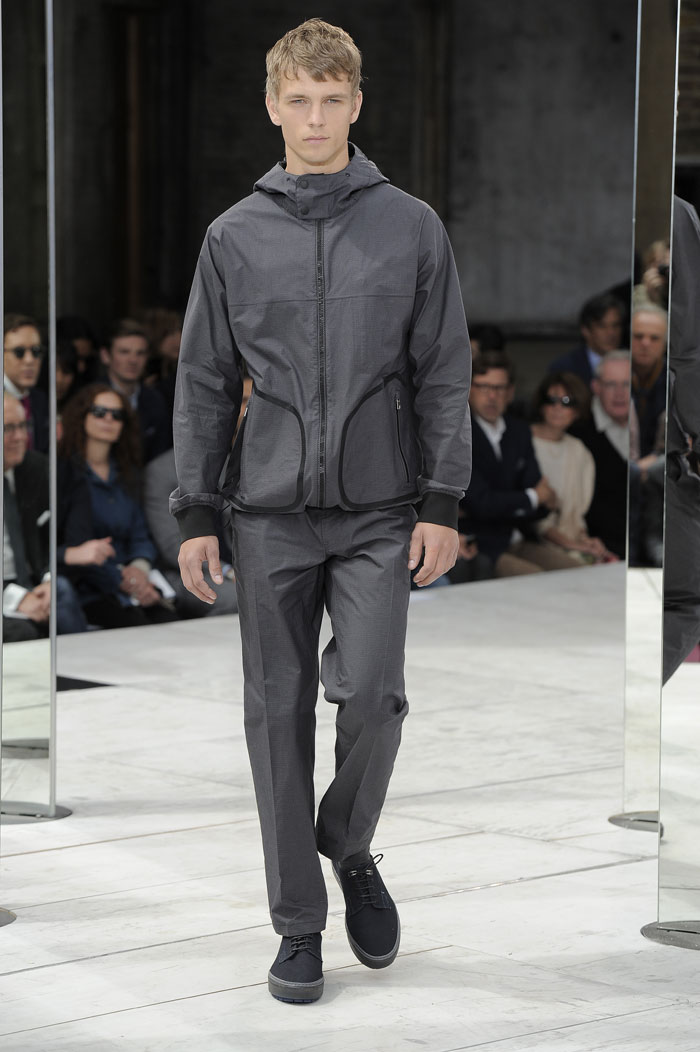 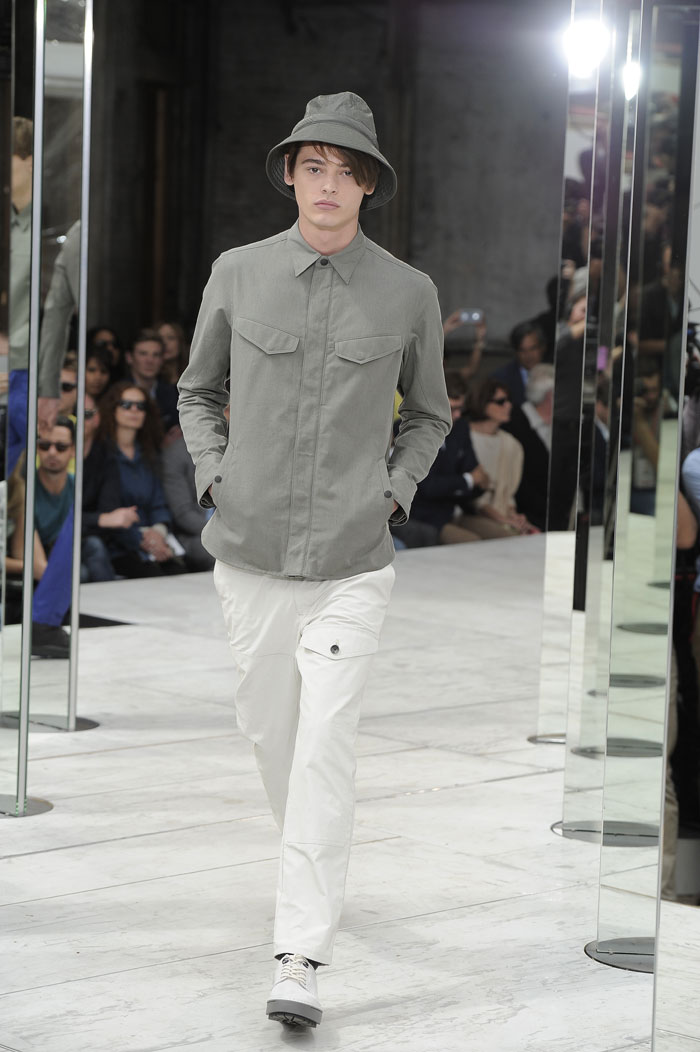 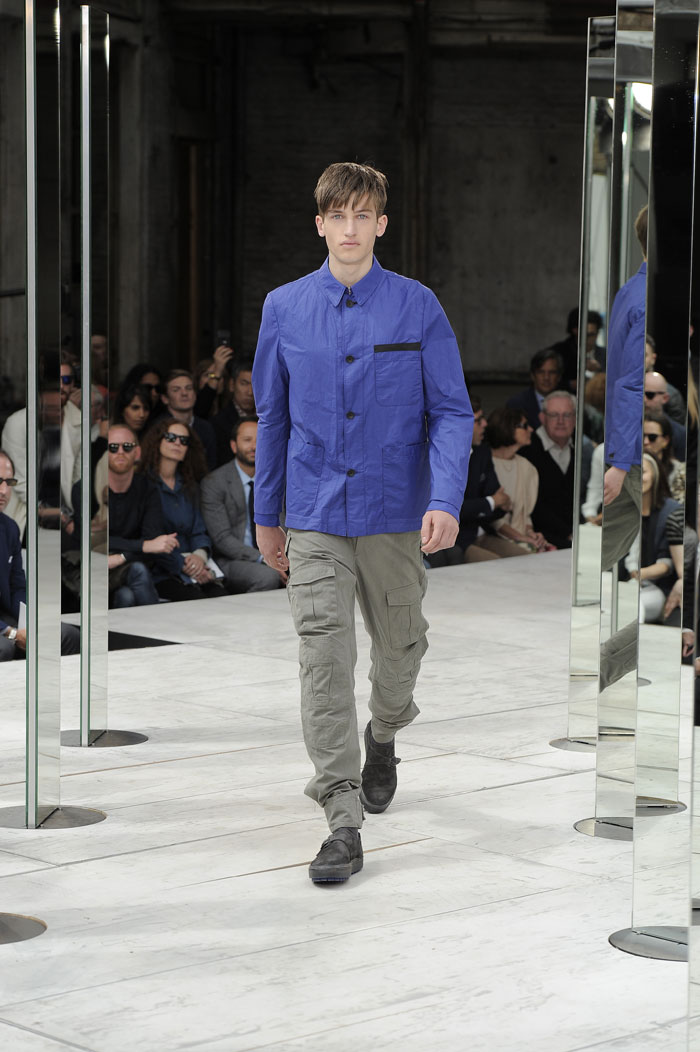 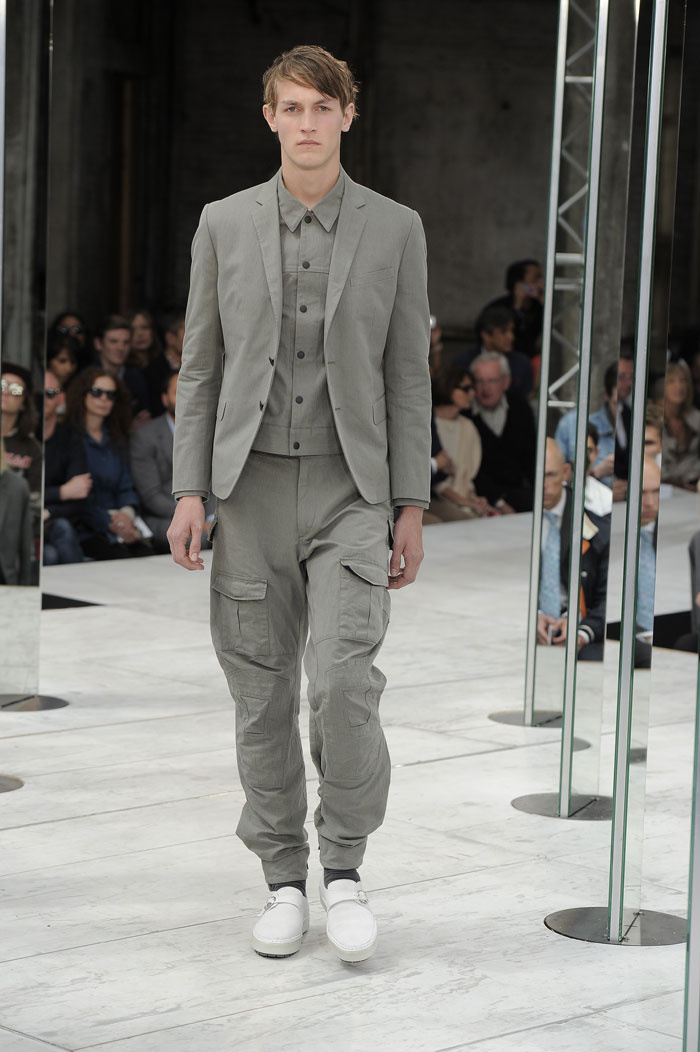 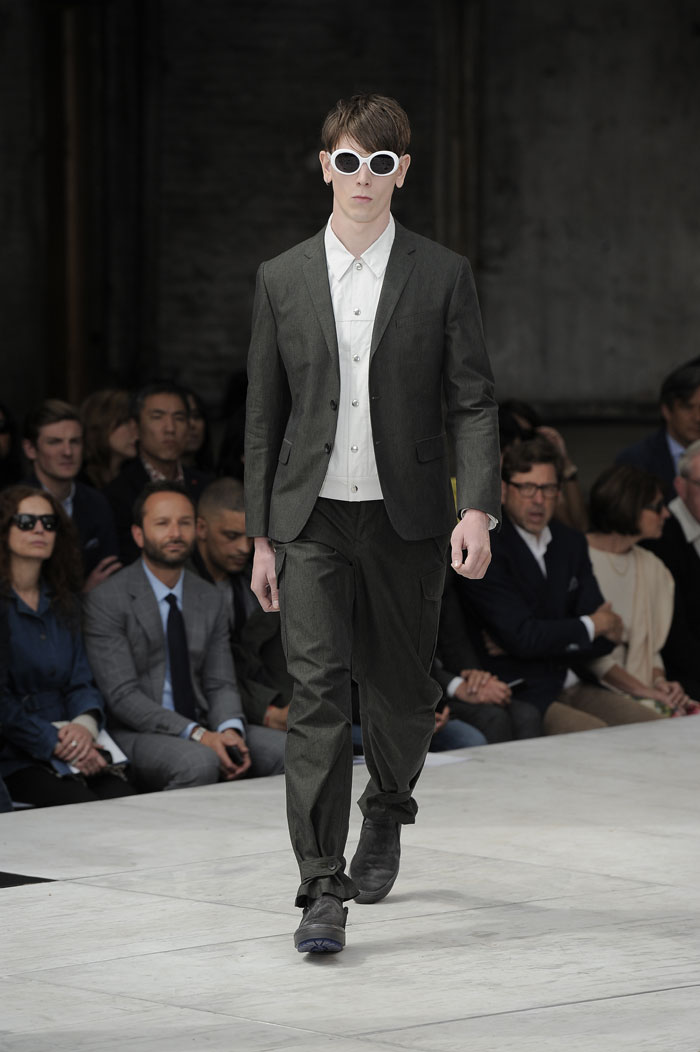 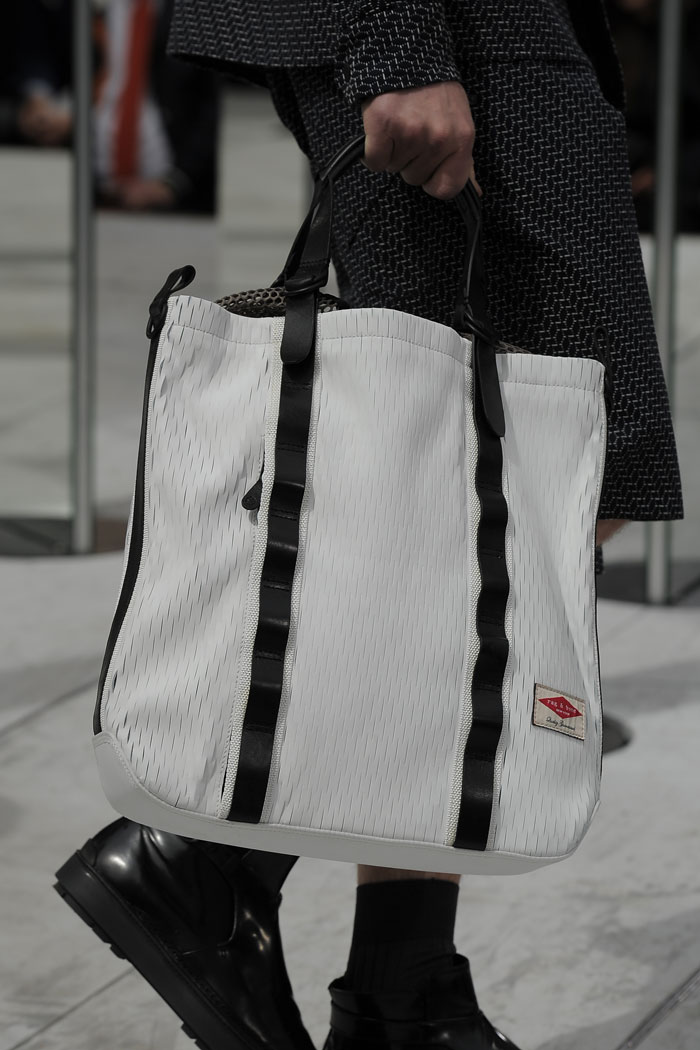 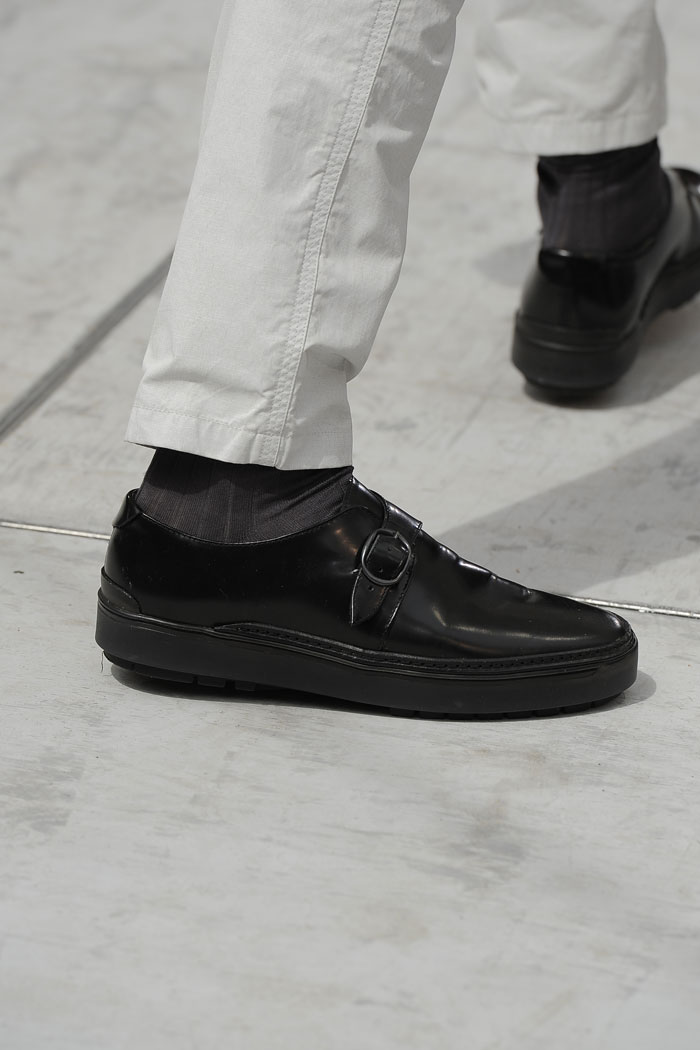 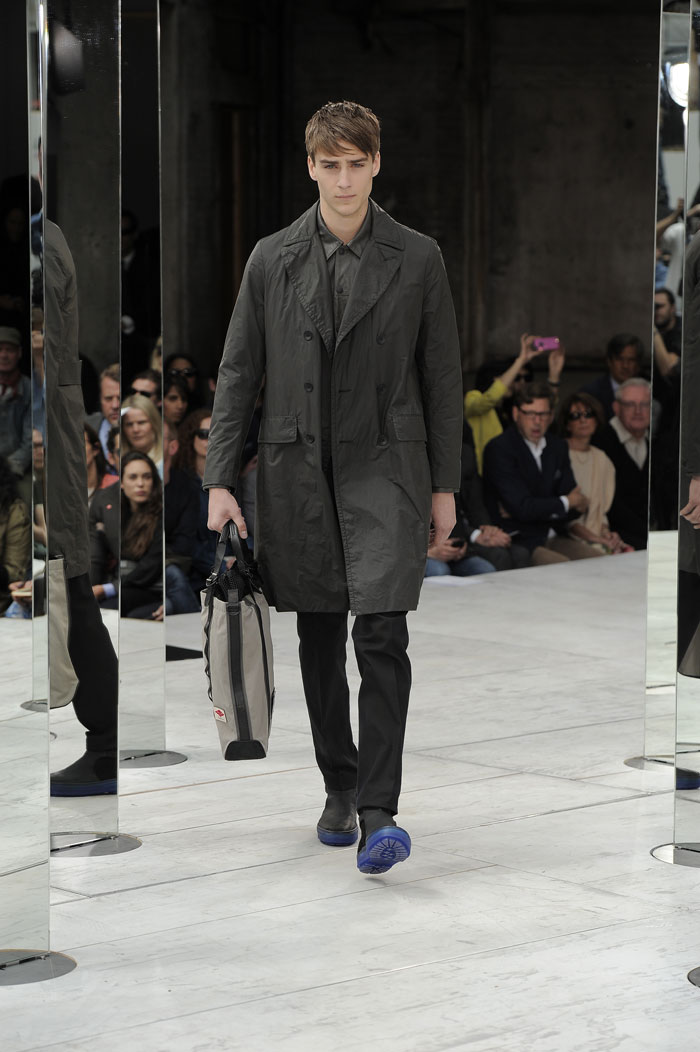 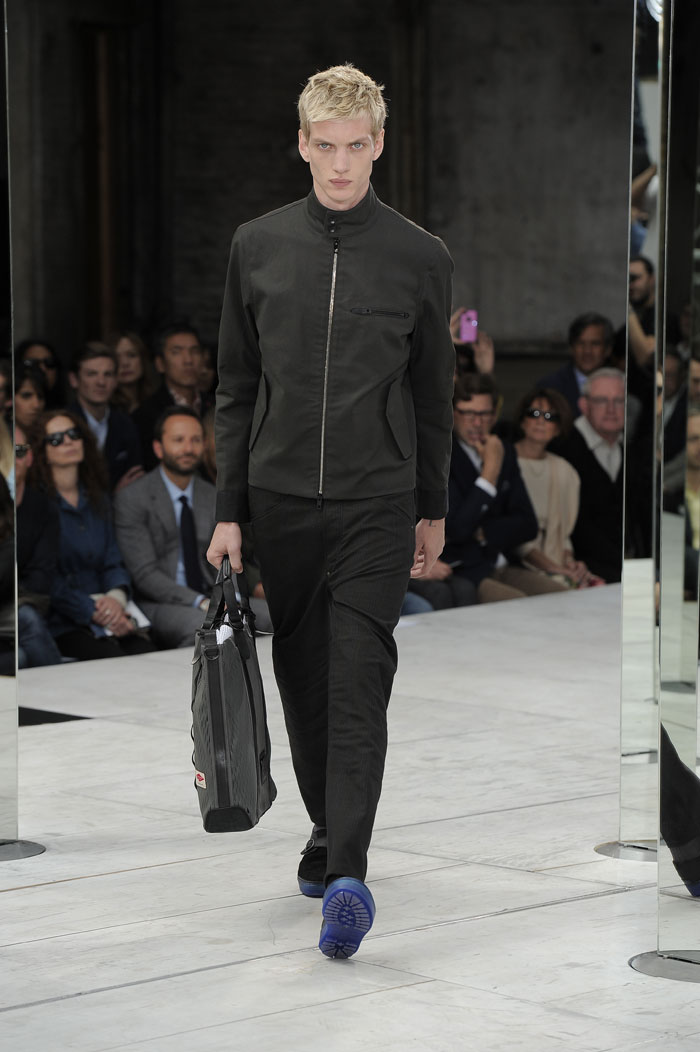 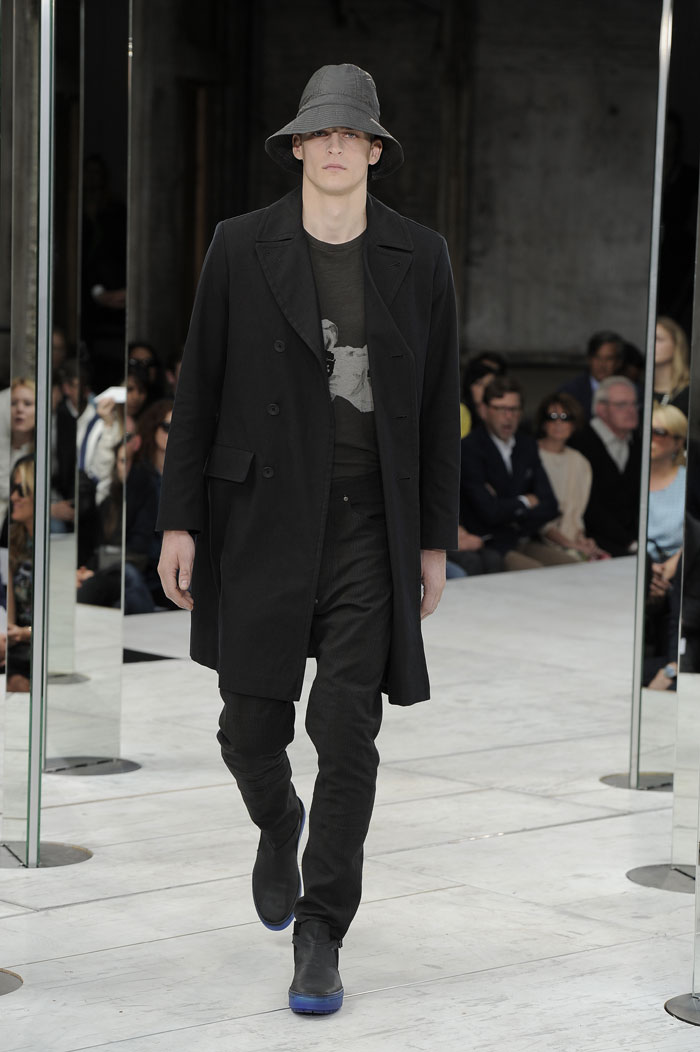 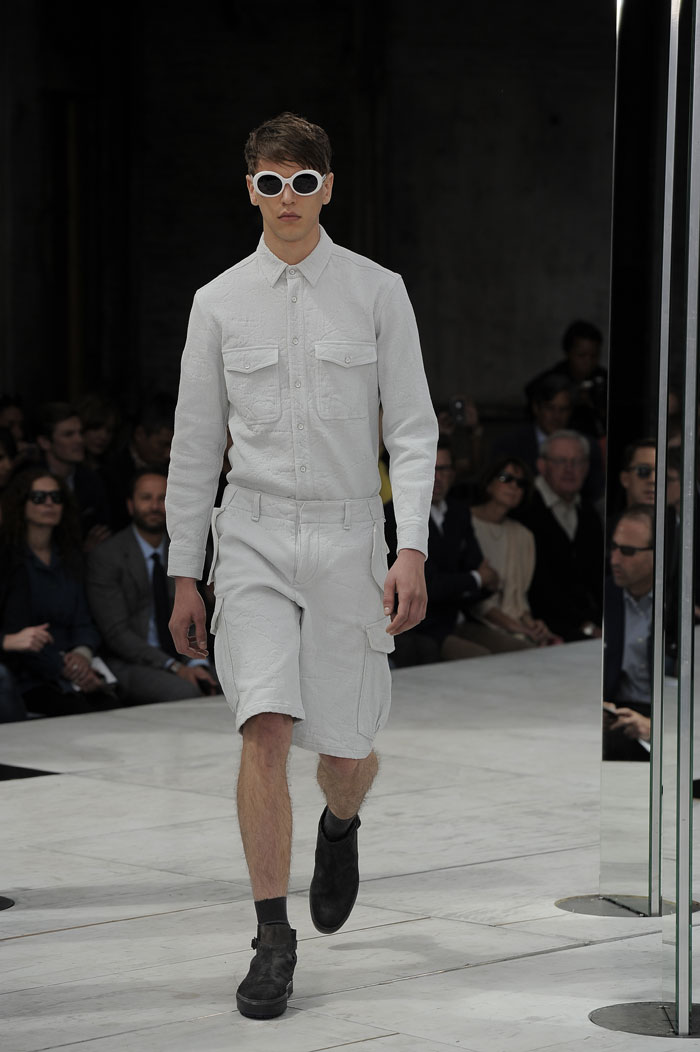 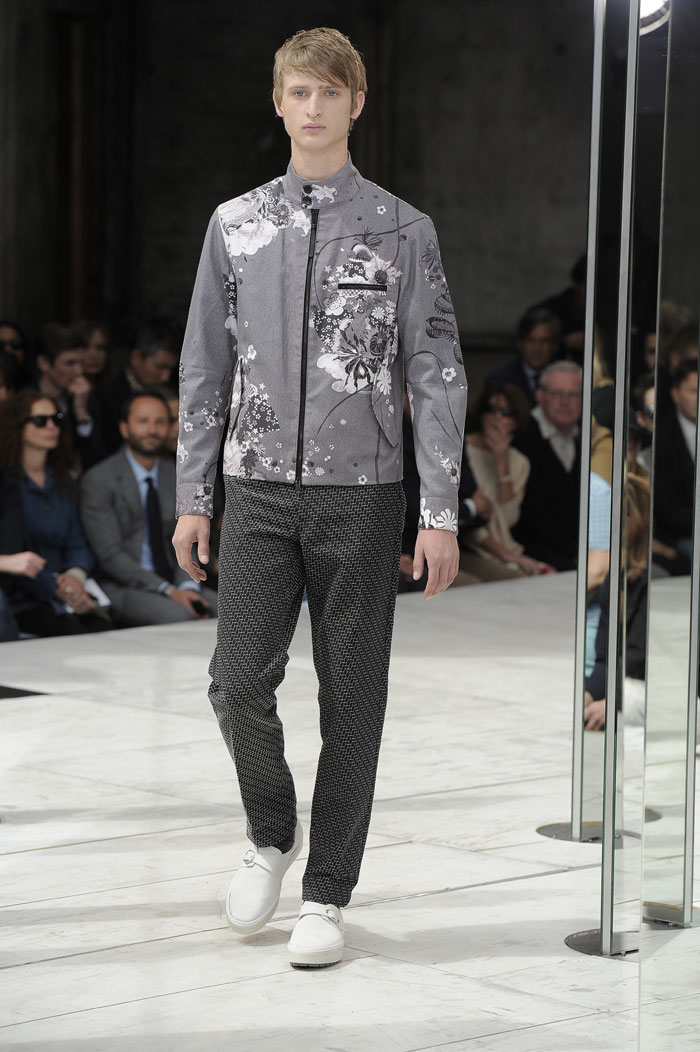 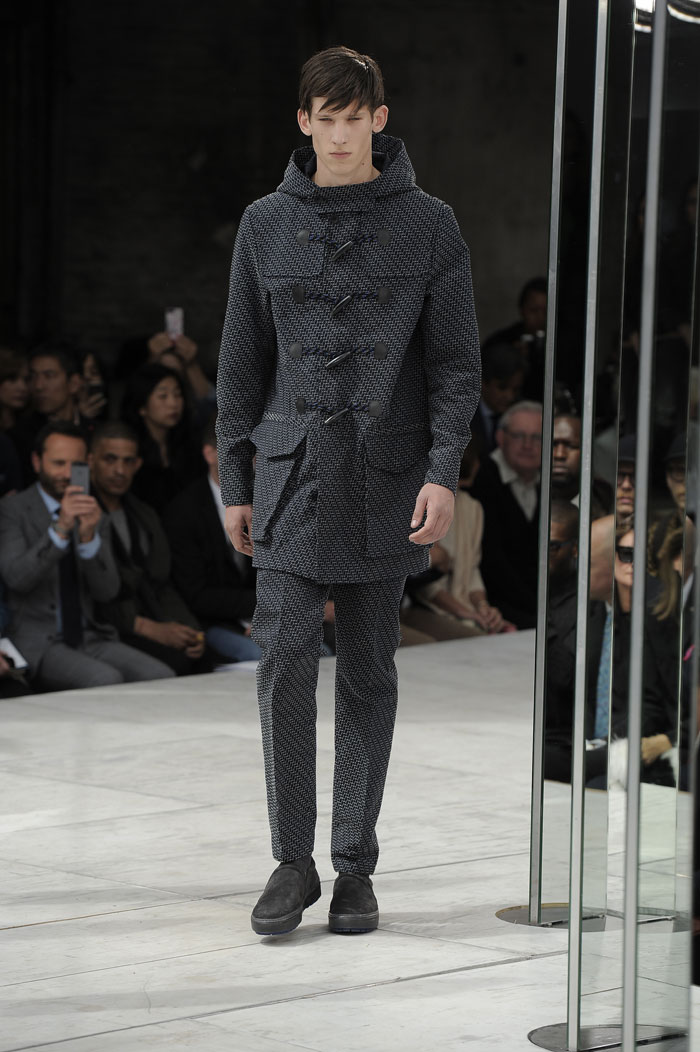 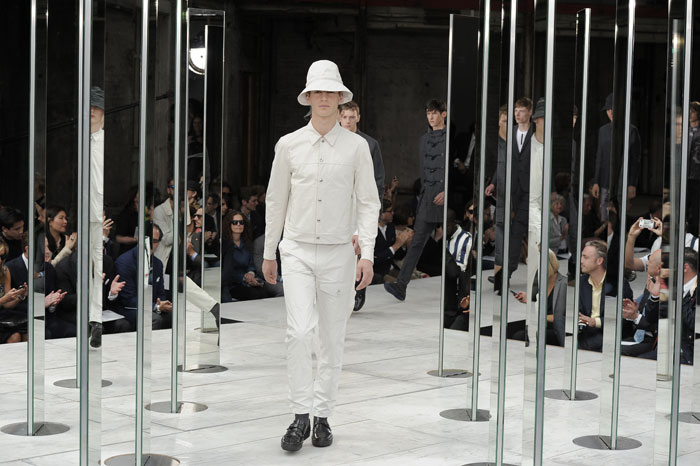 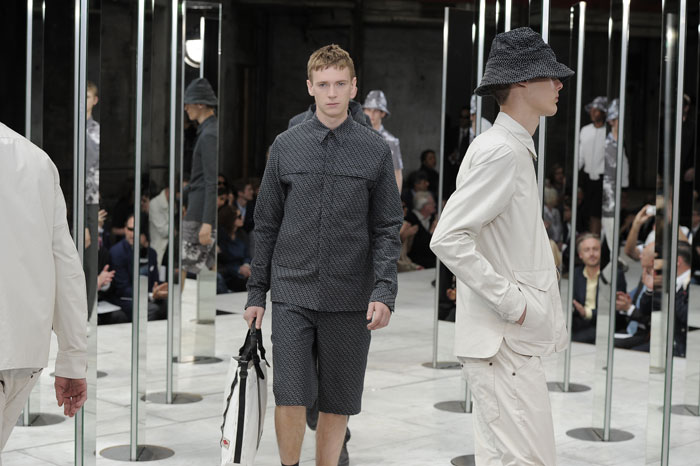