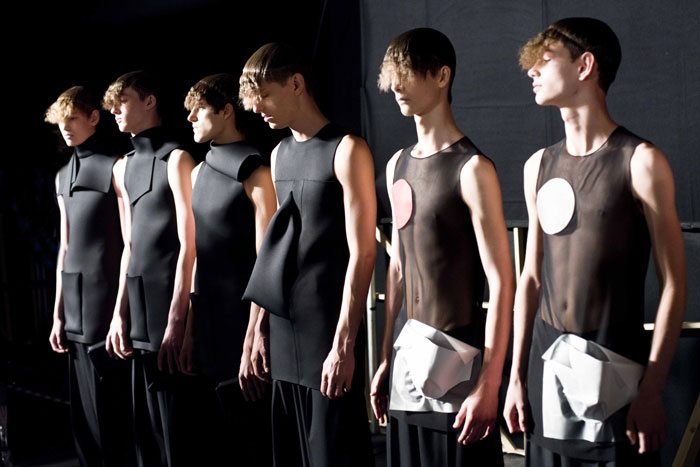 The young designer JW Anderson has built a reputation for himself as one of the most interesting new talents to come out of London in recent years by plying both sides of the male-female divide, but to diminish his vision as one of mere gender-bending would be missing the point. Yes, his Spring 2014 men’s collection featured halter tops, beribboned tunics, and clutches, but there was an austerity and brilliance of construction that went far beyond the initial shock value of the designs. Working largely with a stiff sponge material, Anderson crafted—perhaps “sculpted” is a better word—columnar looks that had a sharp structural integrity above matched with flowing trousers below. Taking cues from his recent Resort collection—a trend so far in London—Anderson sent out tops that played with shape, as in Ian Sharp’s top that appeared spliced together from haphazard scraps or Kristoffer Hasslevall’s sturdy wrap, tied in a tidy knot at each shoulder. There were cutaway panels and attached armbands that added to the rigorous forms, completing a cohesive collection that demonstrated yet again Anderson’s intense dedication to his craft. 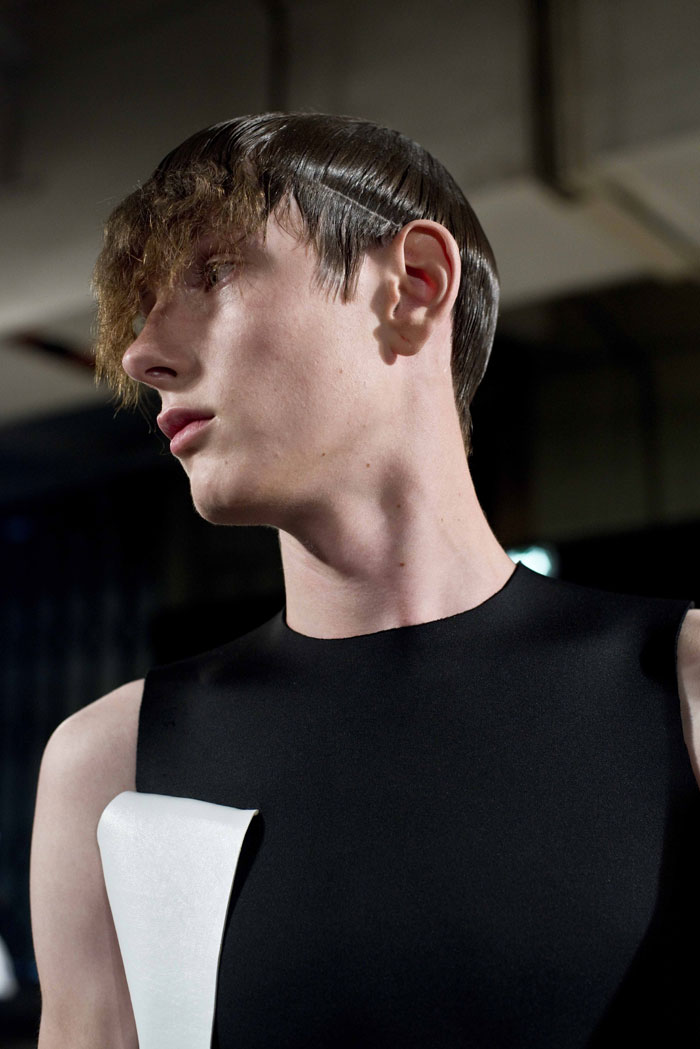 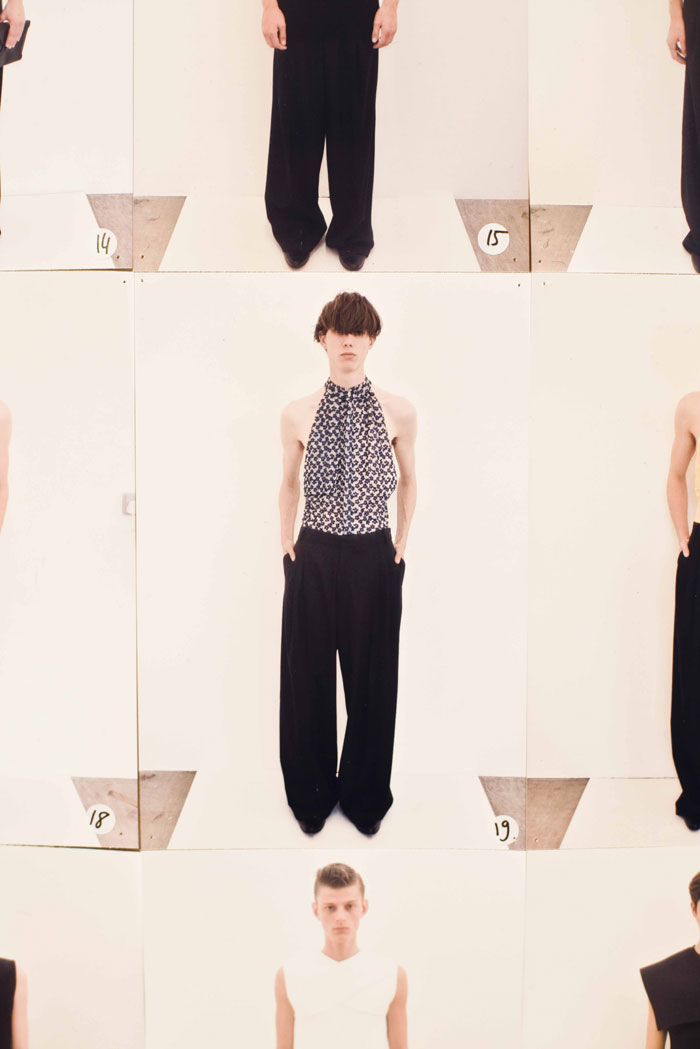 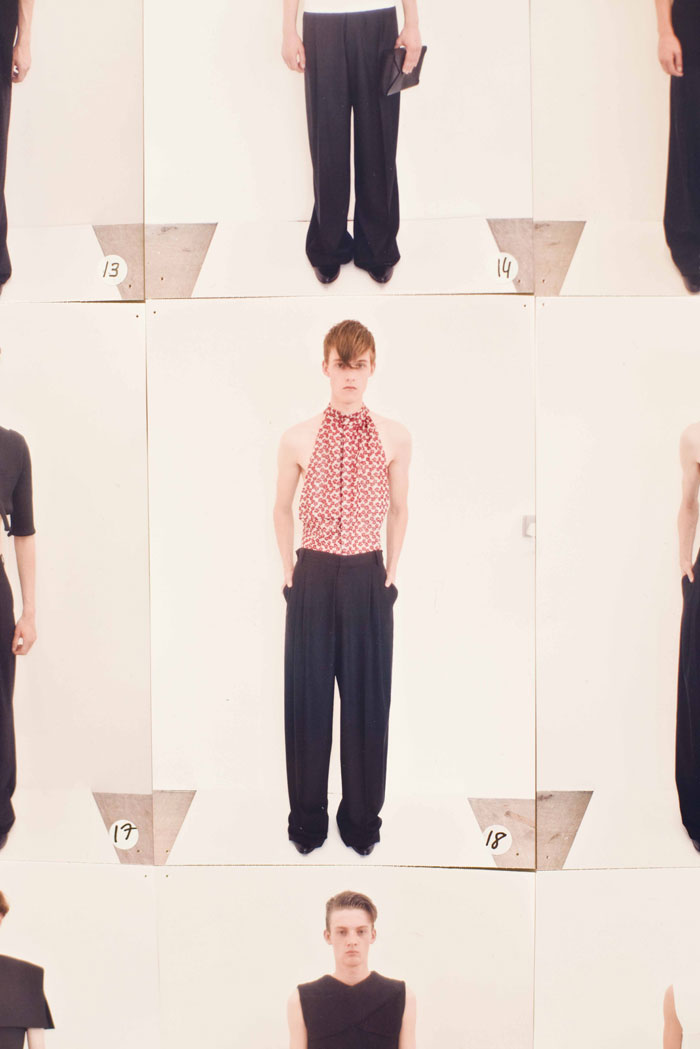 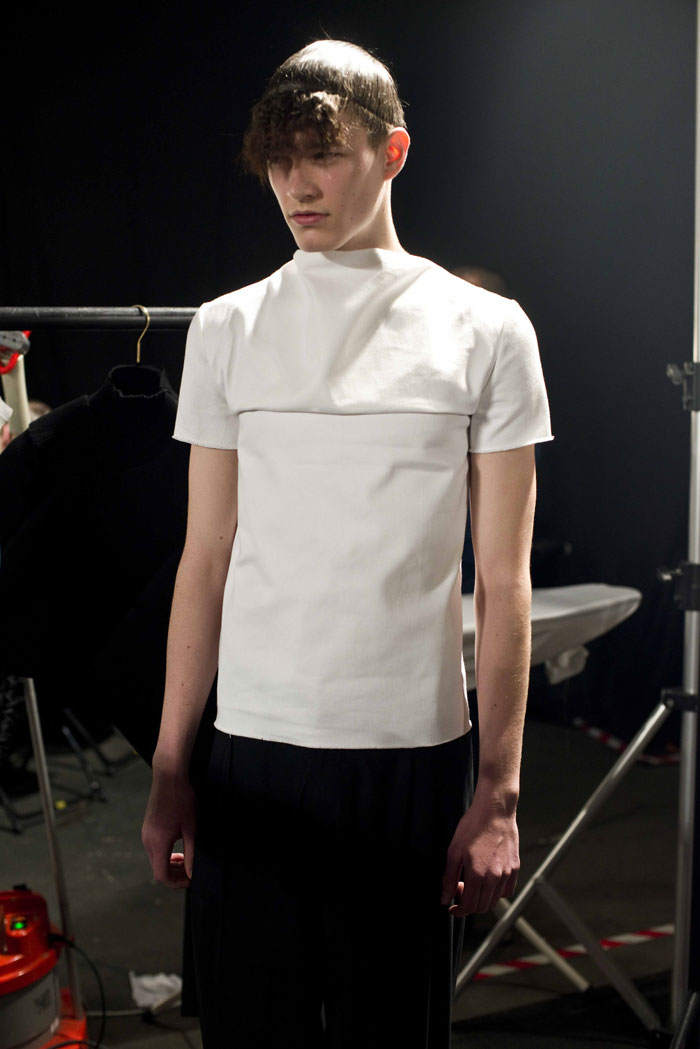 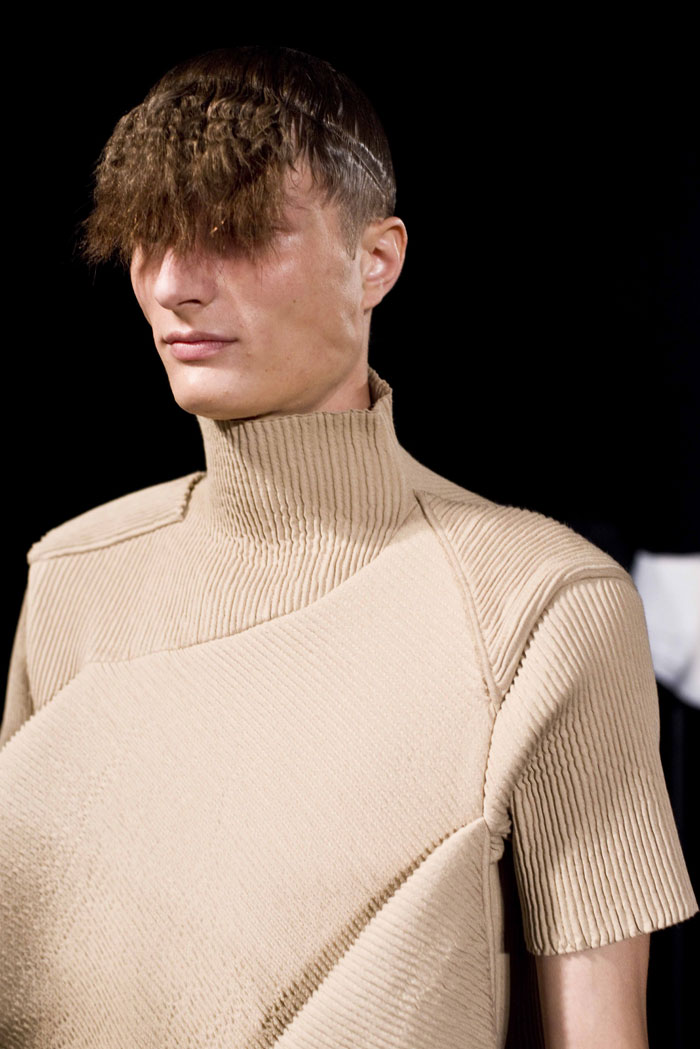 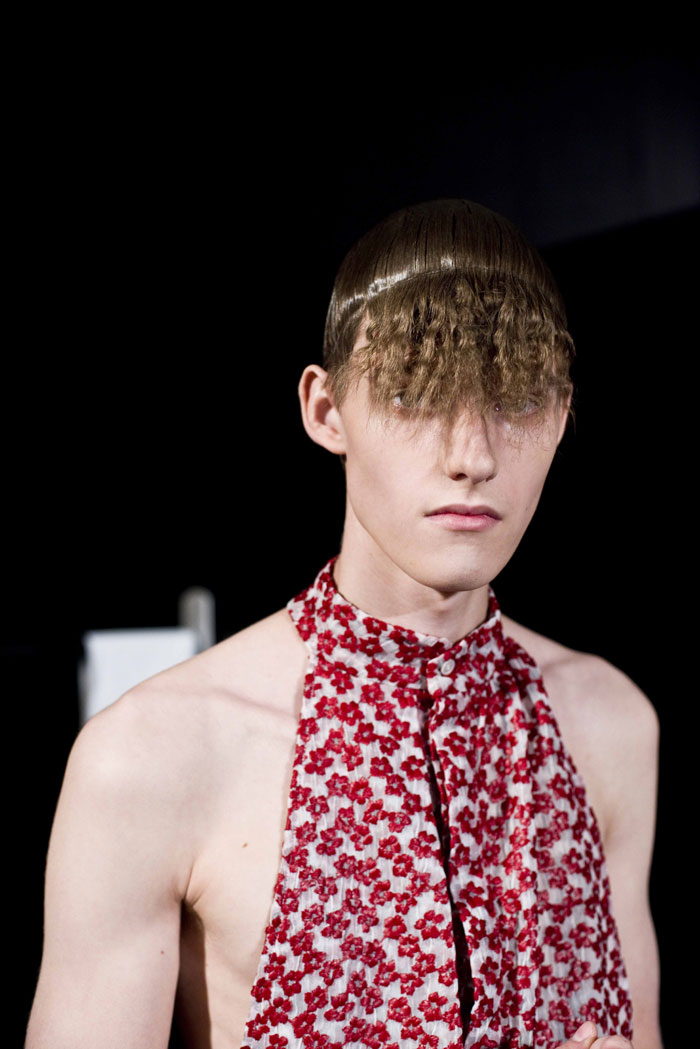 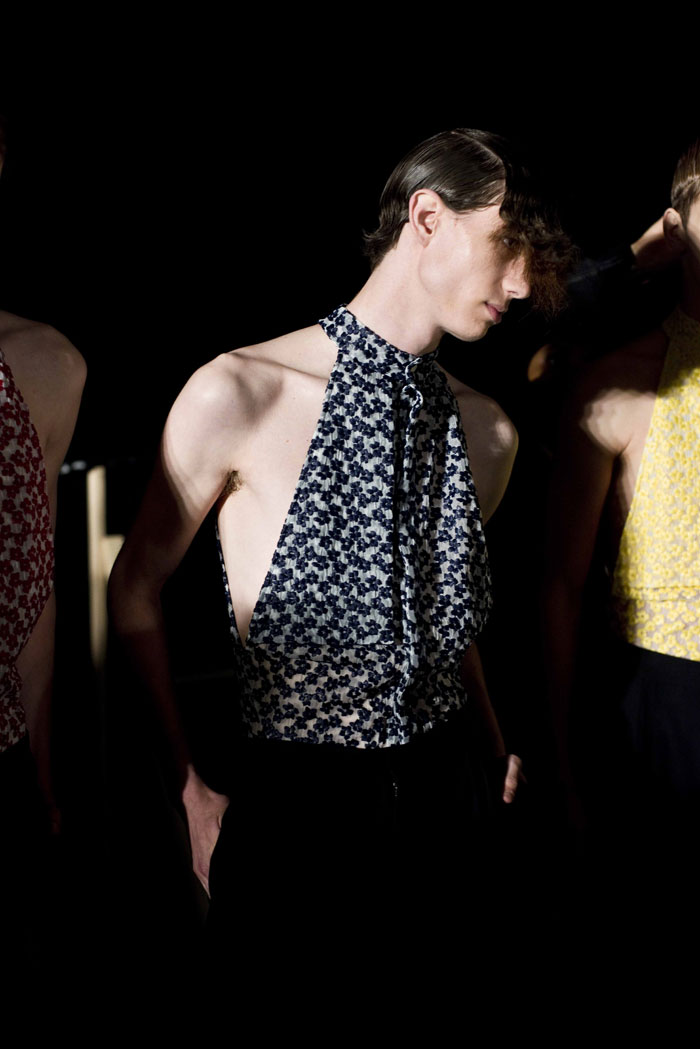 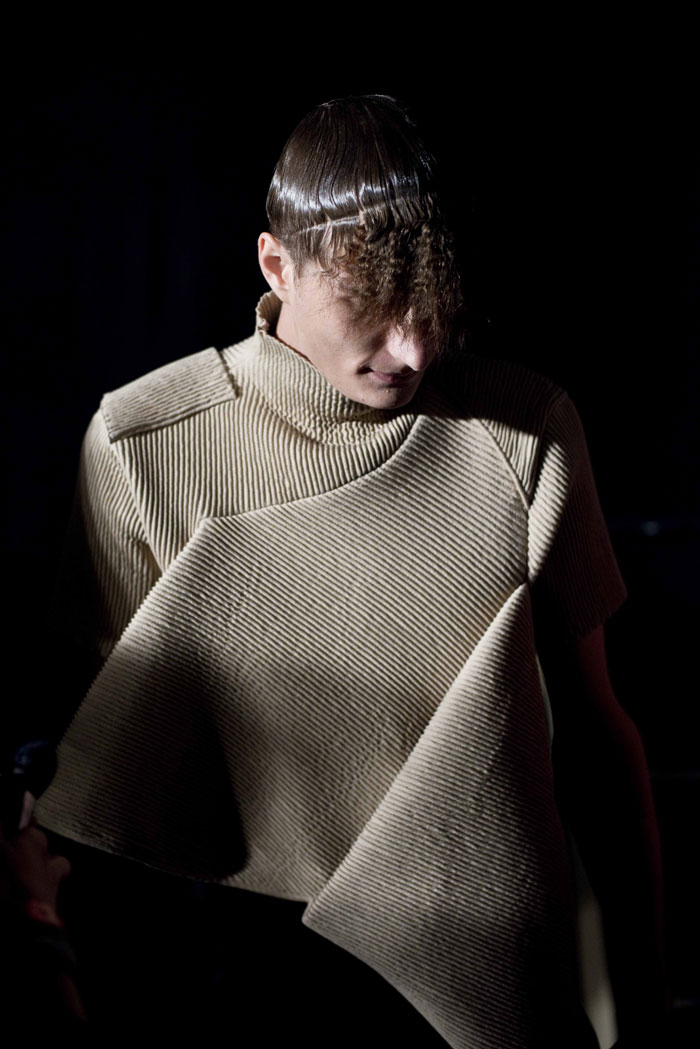 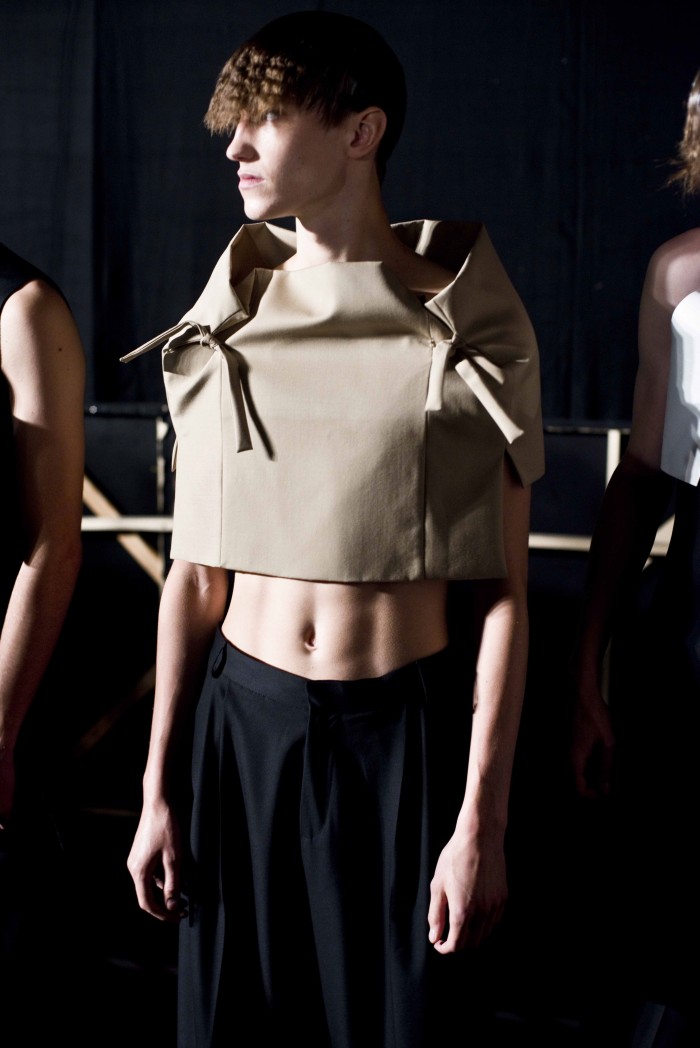 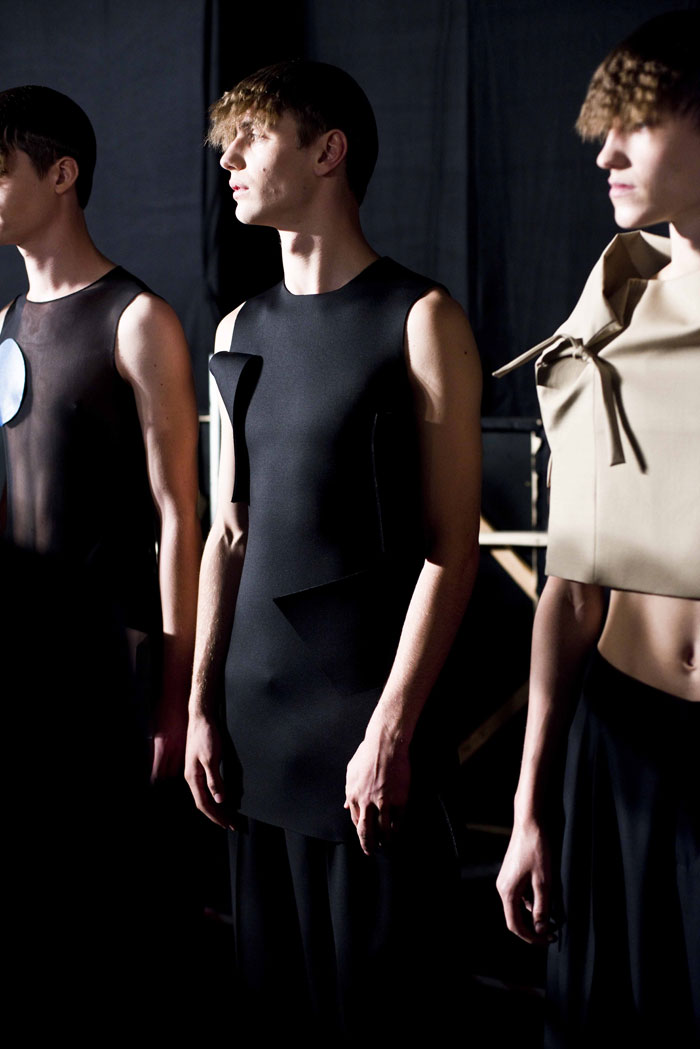