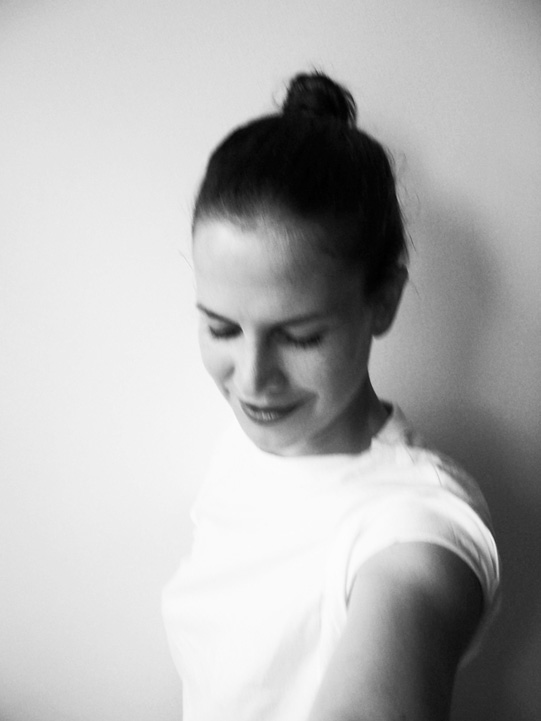 Amy Troost has quickly found a voice of her own among the newest generation of photographers. Weâ€™ve seen this in her stories for publications such as i-D, Last Magazine or even her new Hussein Chalayan Campaign with Anne Catherine Lacroix. Originally from Canada, and married to Alastair McKimm, she proves to be quite the interesting new element on the â€˜sceneâ€™ and a photographer that model agents have been chasing down for their girls.

Q. It seems to be a re occurring tale when talking to a photographer about their professional experience up to the point of entering the world of Photography that it was not always the first choice Career. Is it something that youâ€™ve always known you wanted to do straight from school?

No, definitely not! I studied Industrial Design at college in Toronto. After a couple of years I dropped out & spent the next few years working & travelling. When I went back to school I studied whatever interested me. Mostly woodworking, ceramics, drawing & painting. I stumbled into photography though a friend. He showed me how to use the darkroom & I was hooked. After that I concentrated on photography.

Q. Your work has thus far seemed to continuously pop up in the world of cool kid culture, even your advertising falls under the creative fashion + art umbrella..As a new name in the business your brand seems to be in the making as we speak, how would you best describe it? Surely the public will go on to make their own assumptions and opinions but itâ€™s far more interesting to hear the intended perspective or vision straight from the sourceâ€¦

I can definitely see how my point of view had been developing over the past few years. I gravitate towards strength. Strong looks, strong light, etc. I think that’s beautiful. Being a woman has also had a bigger impact on how I take pictures than I originally thought it did. When I’m taking pictures of a woman itâ€™s a very different perspective than that of a man. It’s a different relationship that develops. It’s a different intimacy. Obviously when you’re taking a photograph there’s a lot of your own personality that gets portrayed by your subject. I try to balance mine with whomever I’m photographing.

Q. Living in NY you have access to all of the model mayhem, do you take your casting ideaâ€™s from a more spontaneous inspiration when conducting go sees? Or do you often times already find that you have a specific girl in mind at the moment a story is conceptualized?

Usually when Iâ€™m developing a story idea I know exactly who I want to shoot for it. That being said I tend to cast incessantly. Itâ€™s become part of my working process and a way to keep me shooting constantly. Iâ€™ve recently done a self published book with a couple hundred of my casting pictures.

Q. You and your husband have been working together on some beautiful projects, it seems couple teams have become quite a prevalent force in the fashion world.. Do you think that the foundation of your personal relationship enables you to creatively work from a higher platform than when you work with someone you have no personal relationship with?

Definitely. Working with people youâ€™ve built relationships with is very important. Not just photographer / stylist but hair, makeup, model, art director. Itâ€™s a team thing that we do. Thereâ€™s a language that develops over time that comes from knowing eachother & working together. Plus itâ€™s more fun!

Q. Do you have a favorite photographer that perhaps may not represent your own aesthetic but has been the kind of obsession of yours through out your passion for photography?

Thatâ€™s a hard one. There are lots of photographers whoâ€™s work I really respect but I think Iâ€™d have to say Robert Mapplethorpe. Not very original, but I loved his work before I knew anything about photography. I remember seeing his pictures of Patti Smith when I was a kid & wanting to steal the book from the library.

Q. If you were to start up your own magazine, what would be itâ€™s contentâ€¦I feel like amidst all of the downsizing going on, a lot of creative people are yearning for a new outlet or project that may not be weighed down by the years of residual definition. So many magazineâ€™s brands have already been built and can leave a team feeling somewhat limited to the concepts their able to shoot, what would you like to see in the new fresh start of a magazine that perhaps isnâ€™t something weâ€™d find in the current publications that exist now..

Starting a magazine sounds like way too much work!

Q. What is your favorite all time film ever made?

That’s an impossible question! Here are a few off the top of my head:
Midnight Cowboy – John Schlesinger
Night of the Hunter – Charles Laughton
Hairspray – John Waters
Hannah & Her Sisters – Woody Allen
anything by Pedro Almodovar