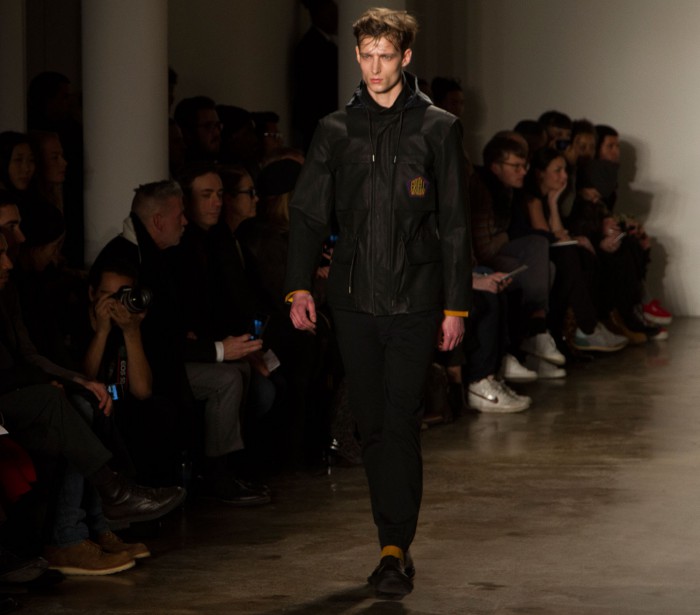 Patrik Ervell has always found his strength in sportswear. A native of the Bay Area, he has turned to sea and sand, to forests and fields, to Teva and North Face through the years to craft an authentic vision of the modern man as one who is more urbane than purely urban, and constantly in touch with the tumultuous world around him. He is perhaps best known for his perfect outerwear—always cut just right with an athletic edge in technical fabrics that would not be out of place at the Olympics—but his suiting has consistently been equally desirable, a sleek silhouette in an ever-changing array of innovative fabric and color combinations that always feel just right. He brought these two sides of his aesthetic closer together for Fall 2014, with a collection he explained was based on a new conception of “formality” and the “21st-century counterparts” to the Masters of the Universe that rampaged through Tom Wolfe’s The Bonfire of the Vanities. Ervell made clear, however—as if it needed clarifying—that he was not dressing today’s Wall Street moguls, but the new “titans of industry,” younger, more adventurous whiz kids who would not be averse to wearing, say, Laurie Harding’s rubberized cotton field coat to a board meeting. It was indeed a very contemporary take on formalwear, with sweatshirts and shawl-collar sweaters over slim trousers looking just as sharp as any two-piece ever could. Ervell’s subtle way with color was on display as well, in the swirling smudges on Tommaso de Benedictis’ and Robert Laby’s fleece jackets, in the orange silk shirt that peeked out from underneath Ian Sharp’s zip-up vest, in the rich royal blue of Adam Butcher’s nylon bomber. But there was sense of propriety overall to the pieces, mostly in dark navy or black, although always with an Ervell twist. Even Nate Hill’s classic suit—sturdy and upright in charcoal—had an outdoorsy air, backed, the show notes explained with “breathable membrane.” Too many designers claim their clothes can take you anywhere, only Ervell’s actually do.

Review by Jonathan Shia
Images by Kirt Reynolds for Models.com 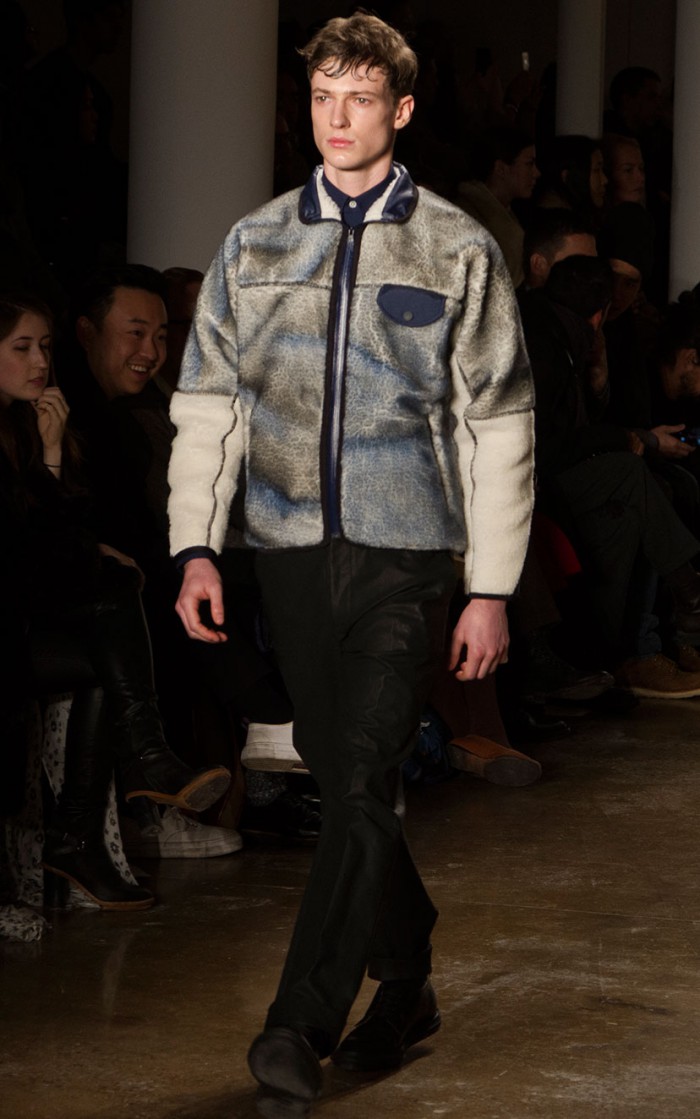 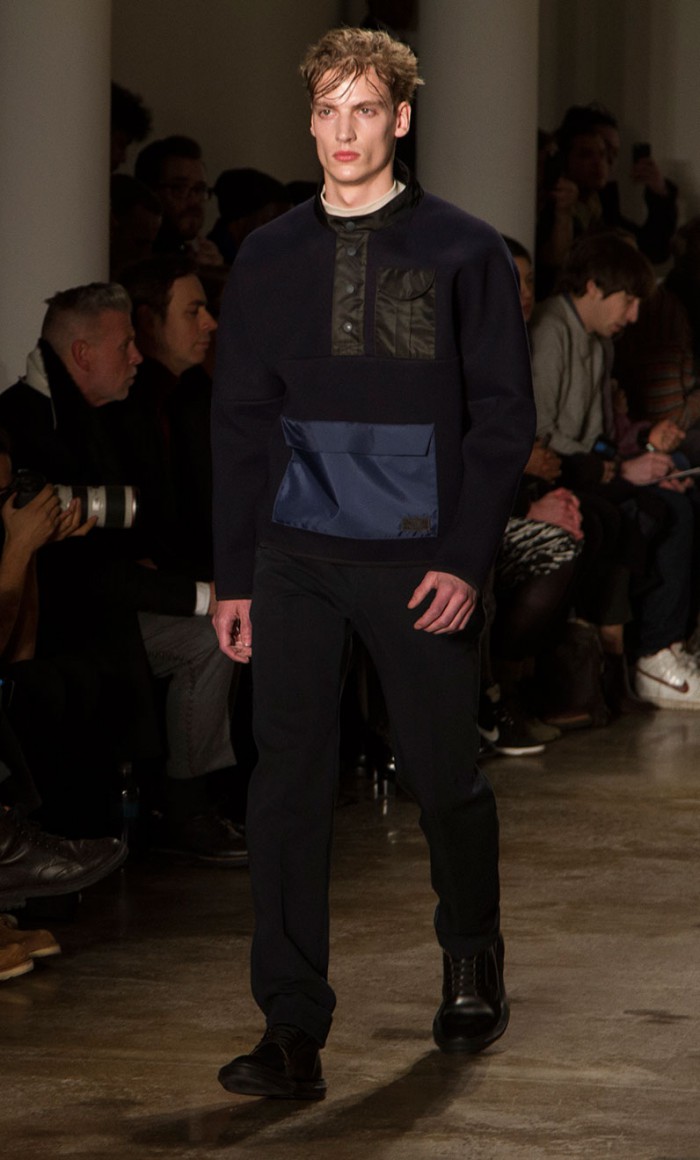 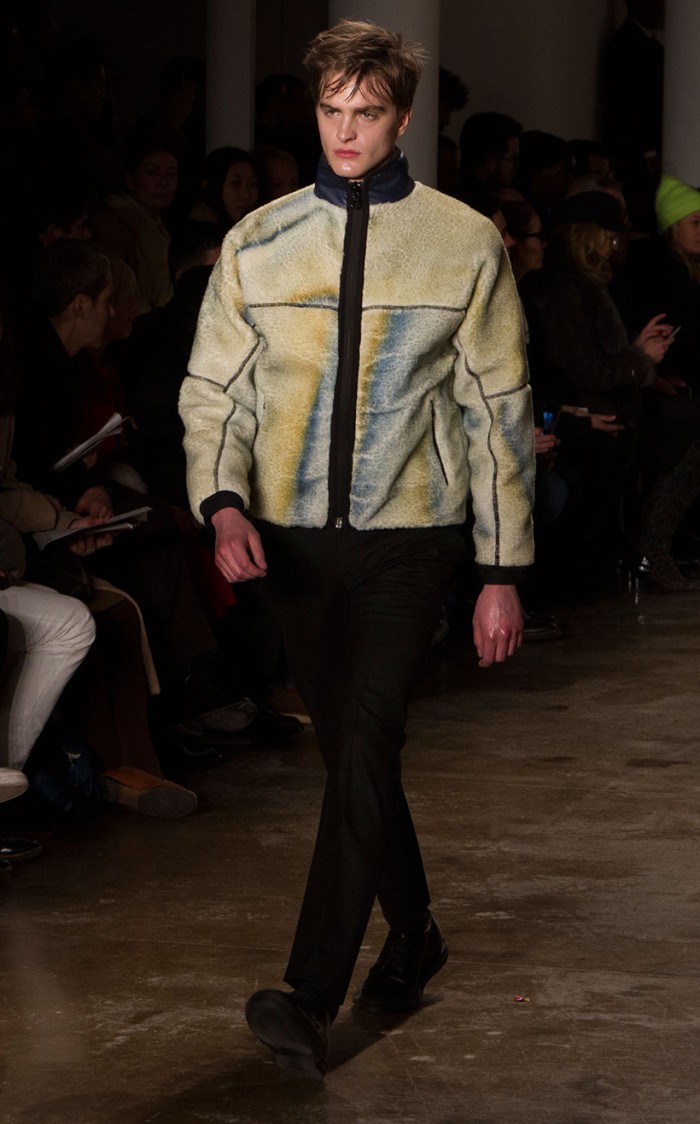 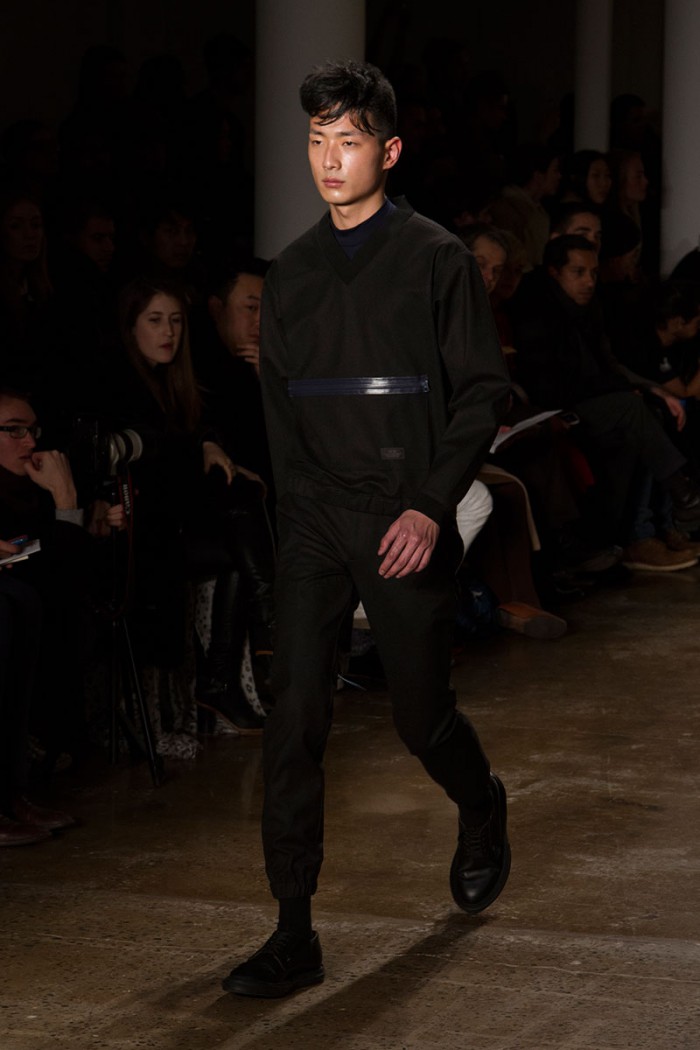 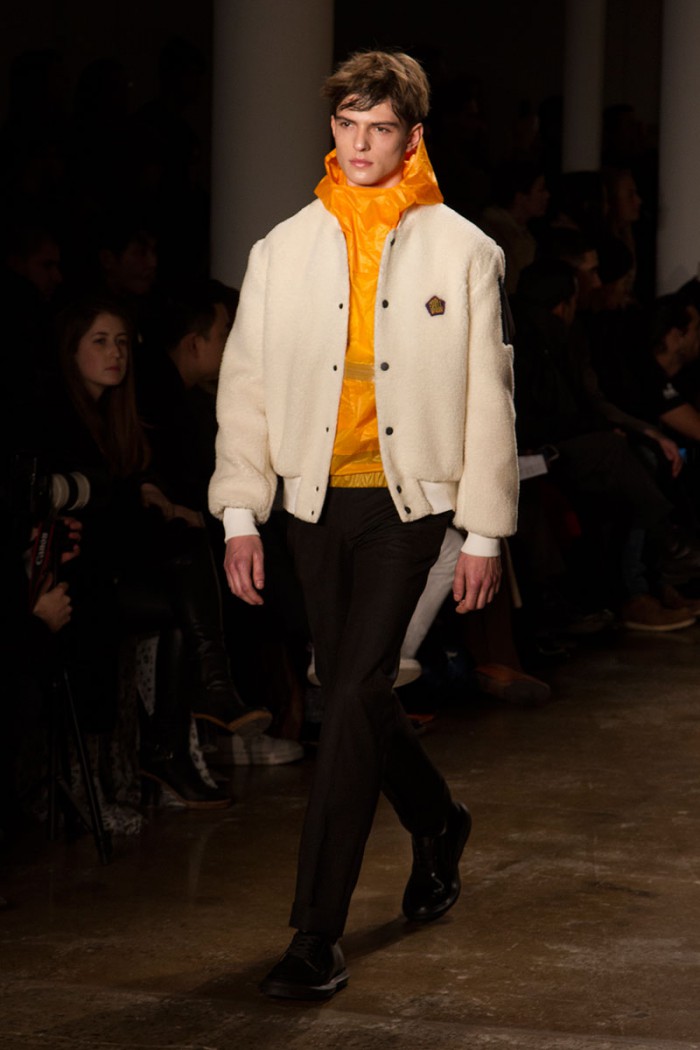 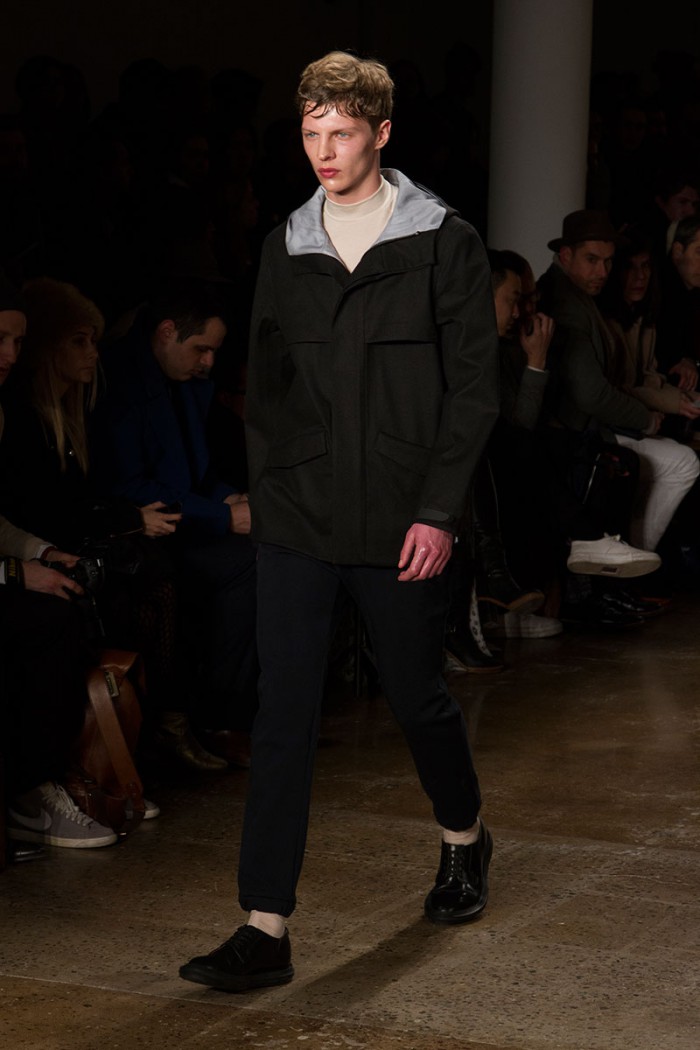 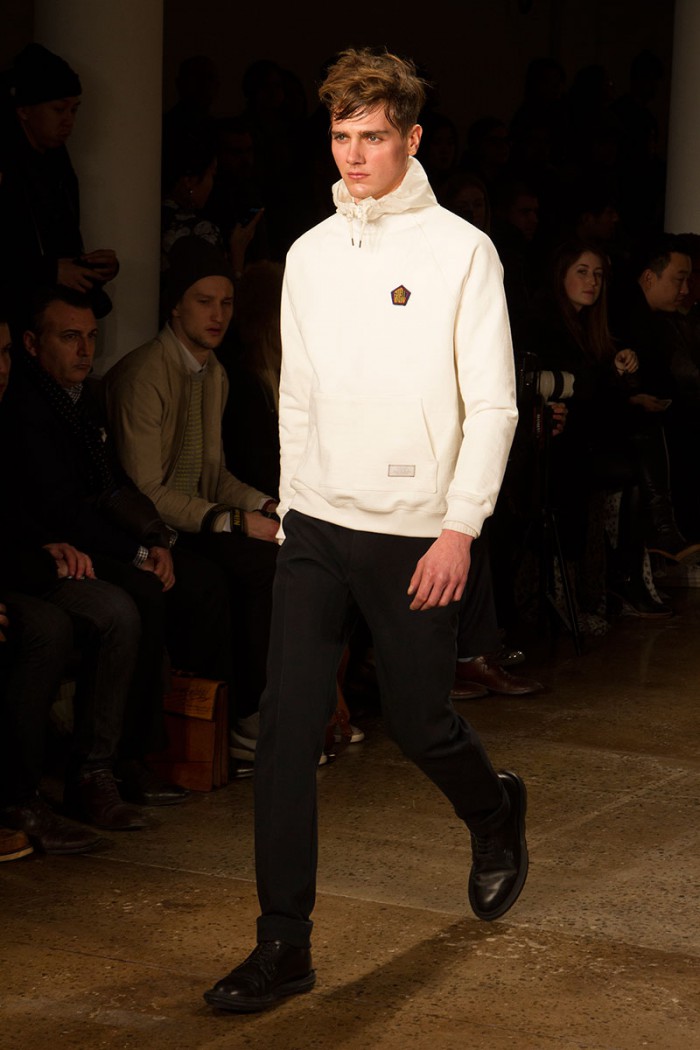 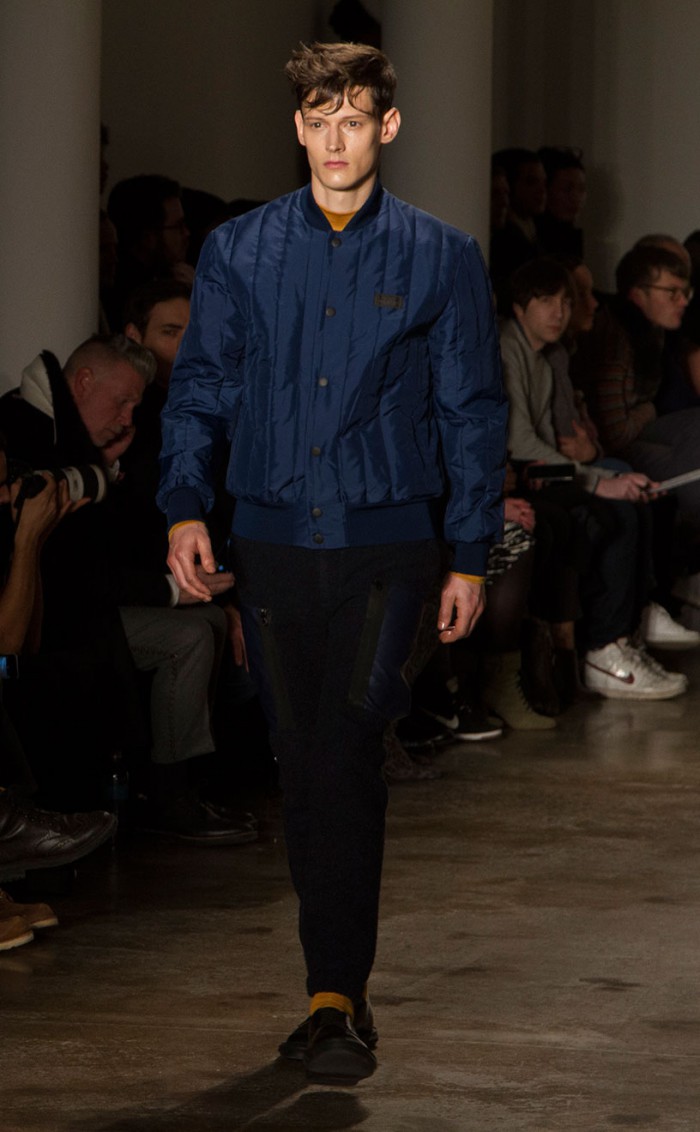 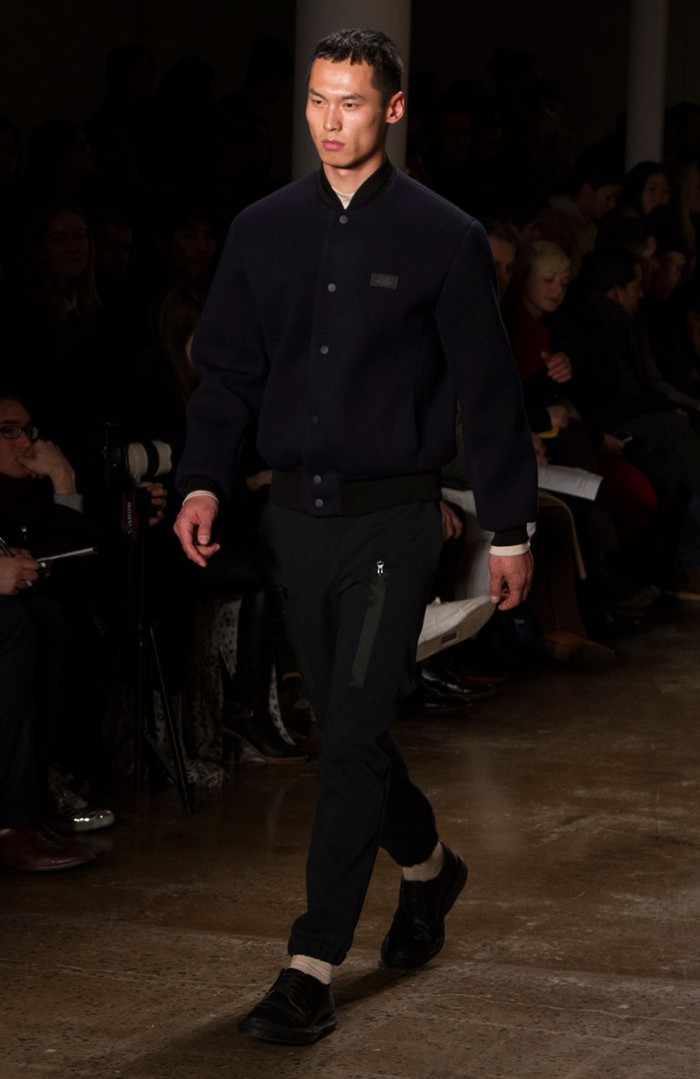 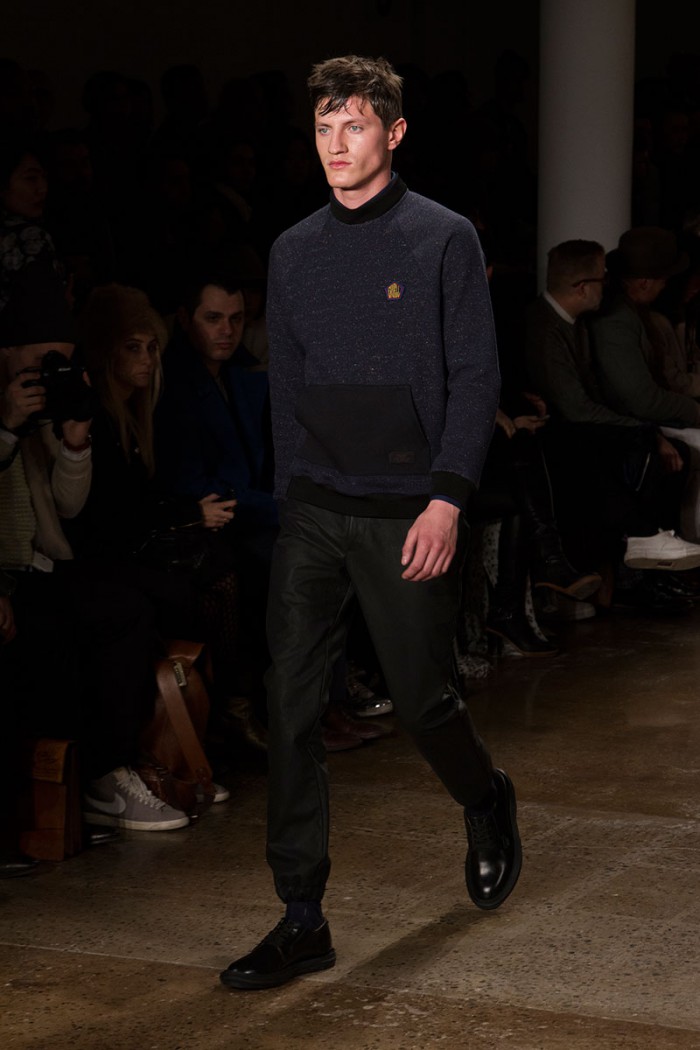 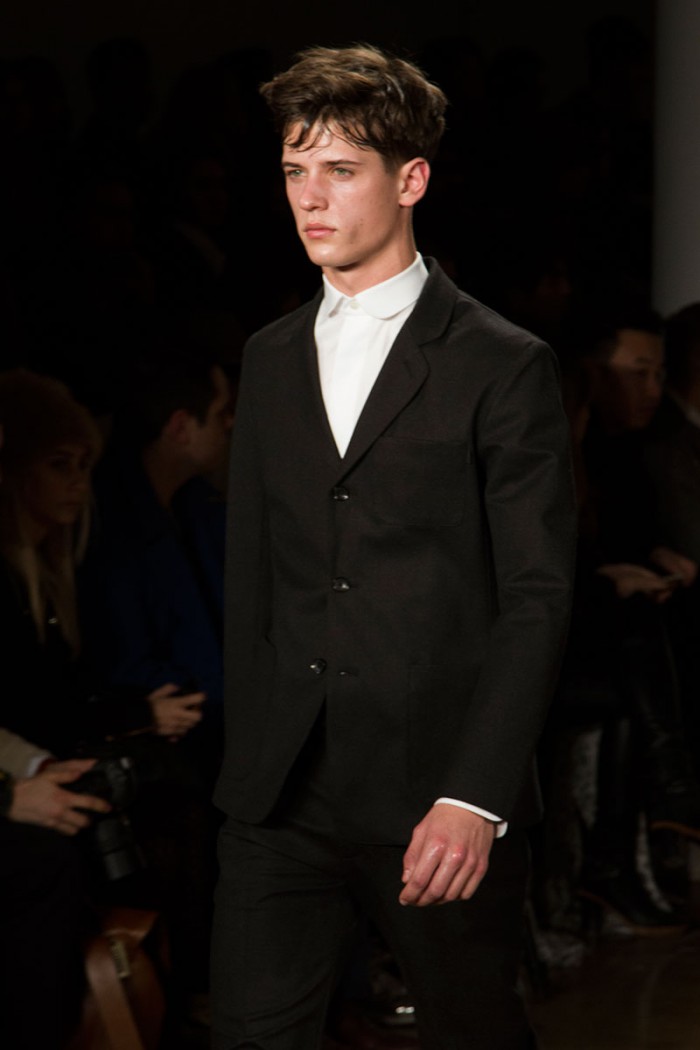 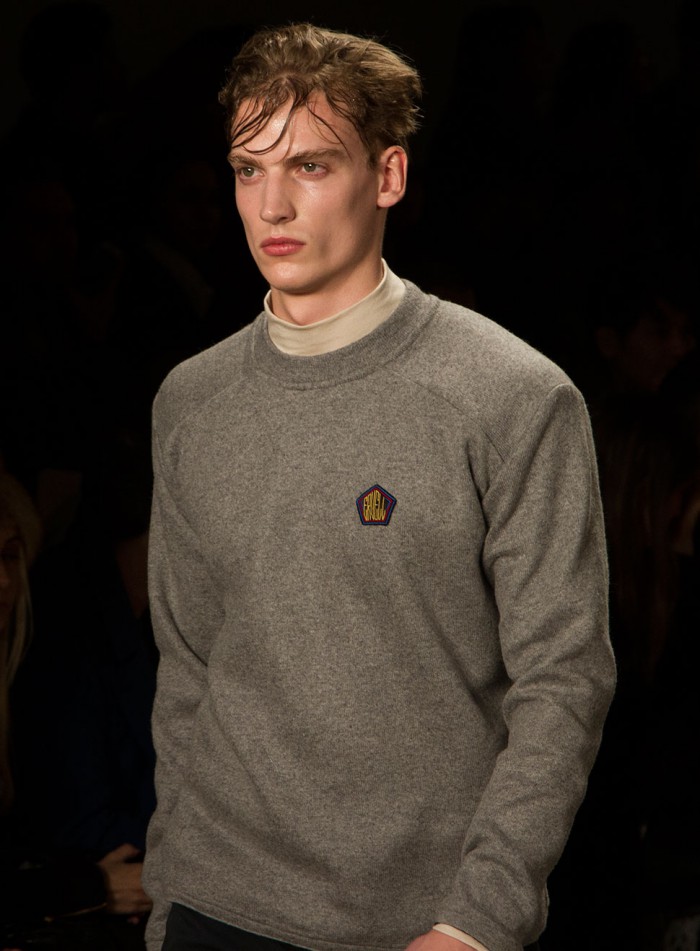 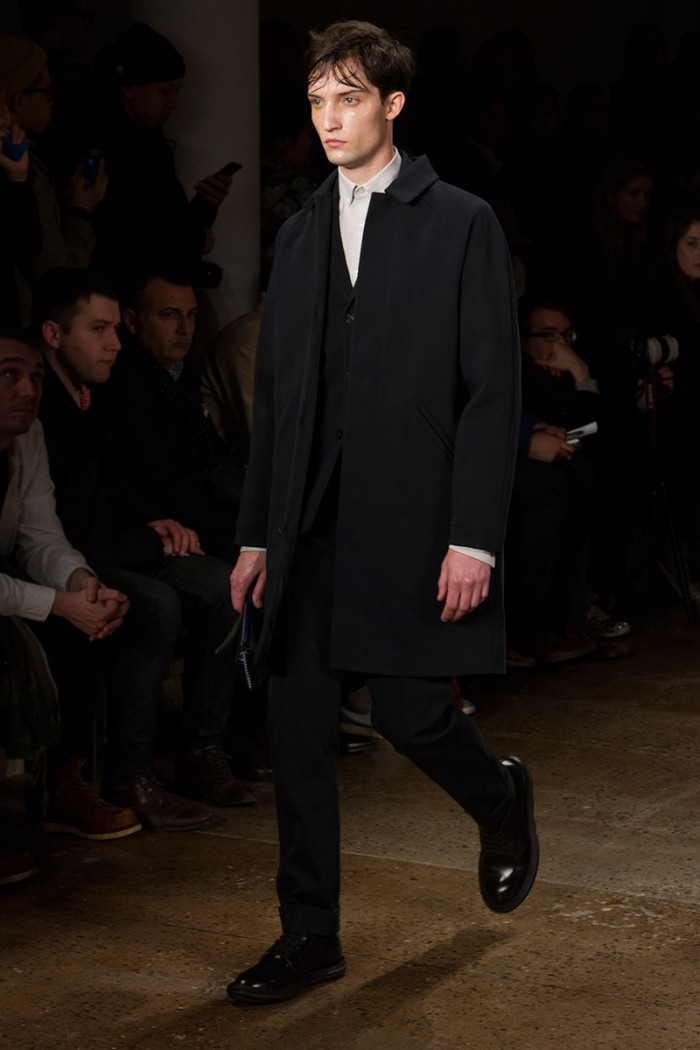 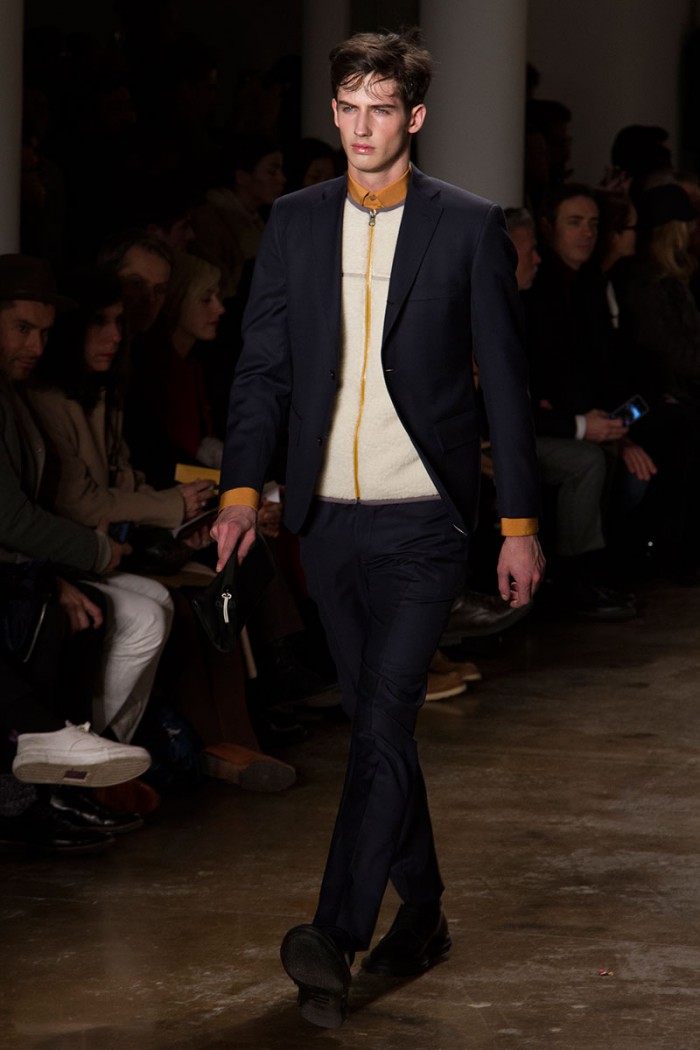 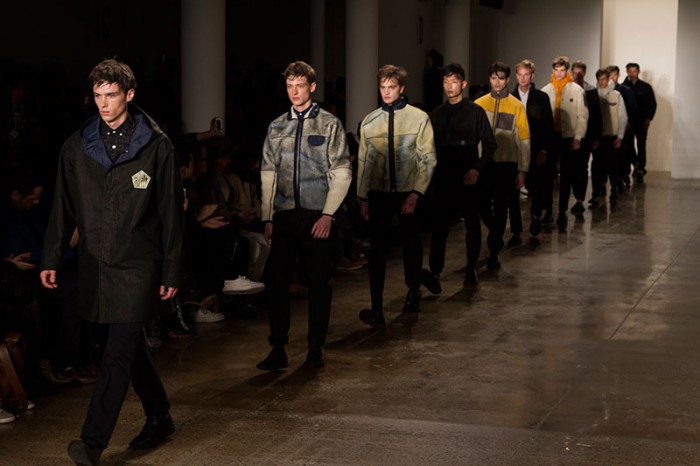 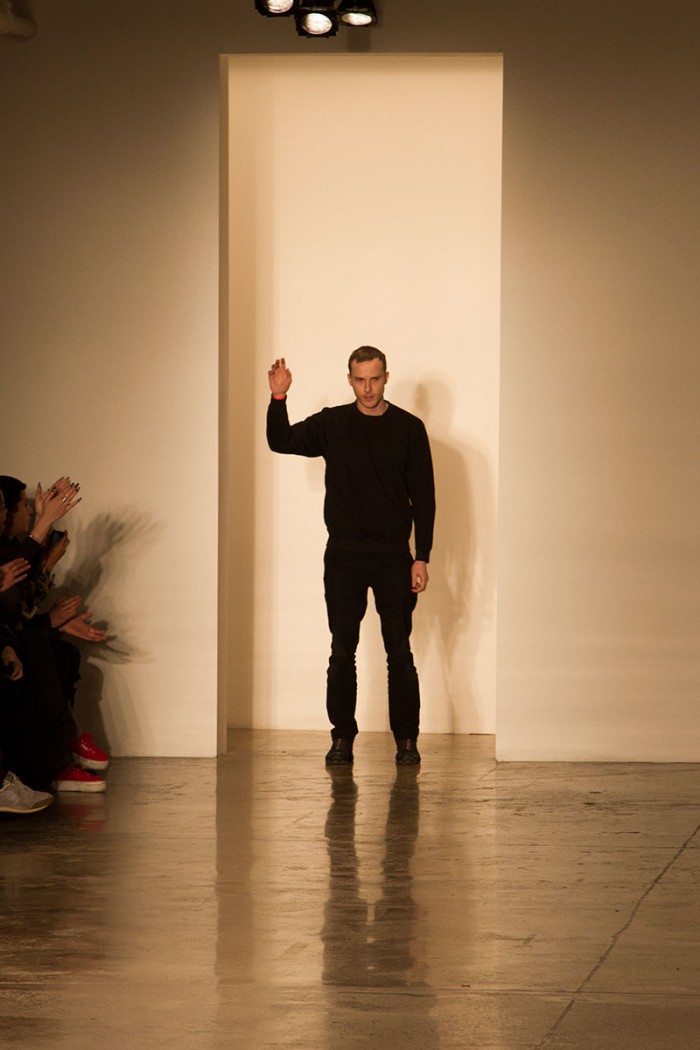 On the Street: MFW Day 1
NEXT

On the Street: MFW Day 2