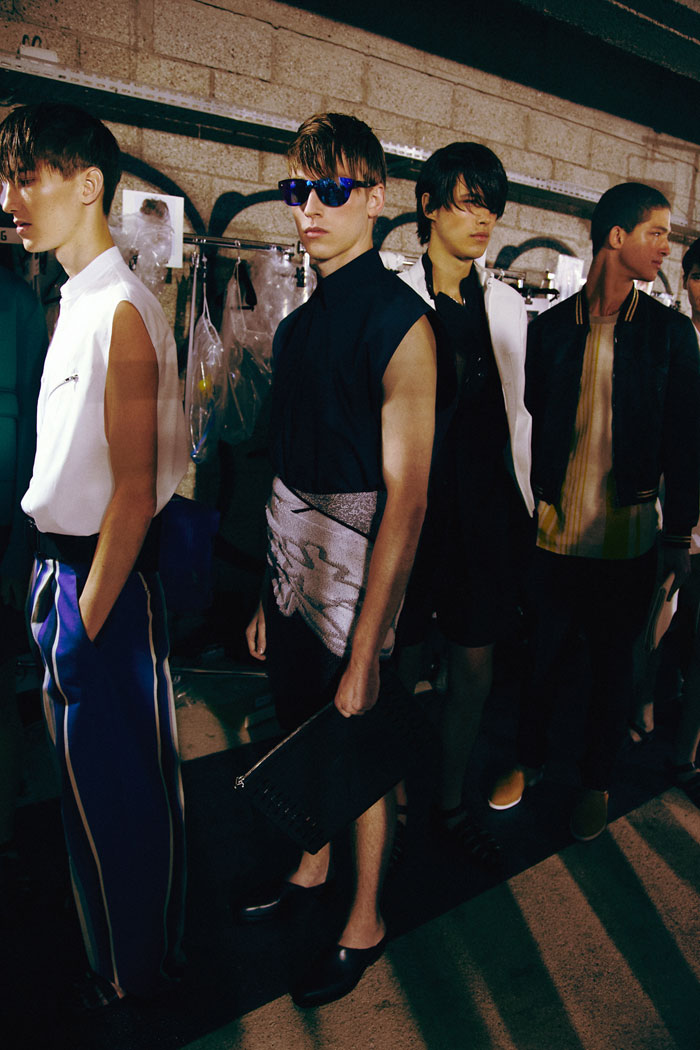 Even the weather decided to cooperate with teh Phillip Lim Spring 2014 show. Paris on Thursday morning was cold, wet, and windy—until the lights went up on the open-air runway on the banks of the Seine, and the sun came out as well. It was appropriate for the dazzling collection, which took inspiration from Seventies surfers and their eclectic, hodgepodge looks. Lim has always been known for his upgraded streetwear, adding an extra dash of creativity to urban pieces, and his take on surf style was no less exciting. There were trendy clashing Hawaiian prints, sturdy neoprene jackets, a wash of eyelets on Melker Andersson’s tank top, and the rich blue stripes of Alexander Beck’s jacket. It was a testament to Lim’s talents that the random-seeming assortment of prints, patterns, and materials cohered as a singular creative vision—call it surfpunk. Benjamin Jarvis’ cracked biker jacket was a perfect example of the idea, combining a variety of metallic leathers for a vibrant look topped off by a head wrap that, according to Lim’s mood board backstage, was inspired by Tupac. The show also worked when broken down into its various constituent parts, whether it be Dominic Carisch’s laser-cut tank, aggressively shot across the chest with a bolt of lightning, or Arthur Gosse’s flowing coral car coat, which wafted softly but with purpose as he paced down the runway.

Text by Jonathan Shia
Images by Lea Colombo for Models.com 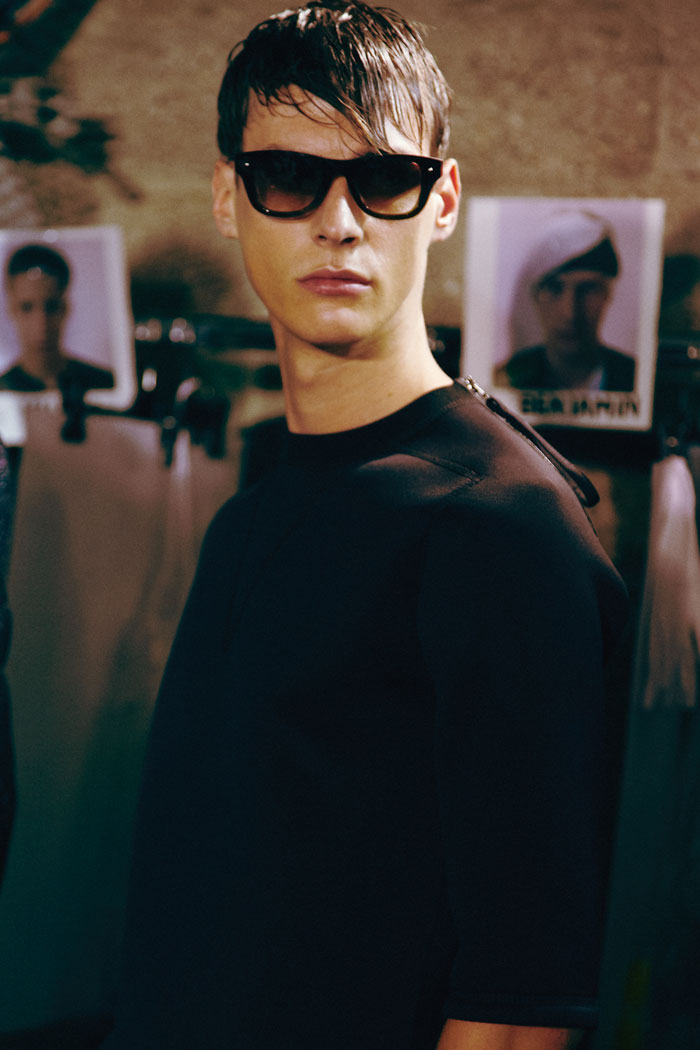 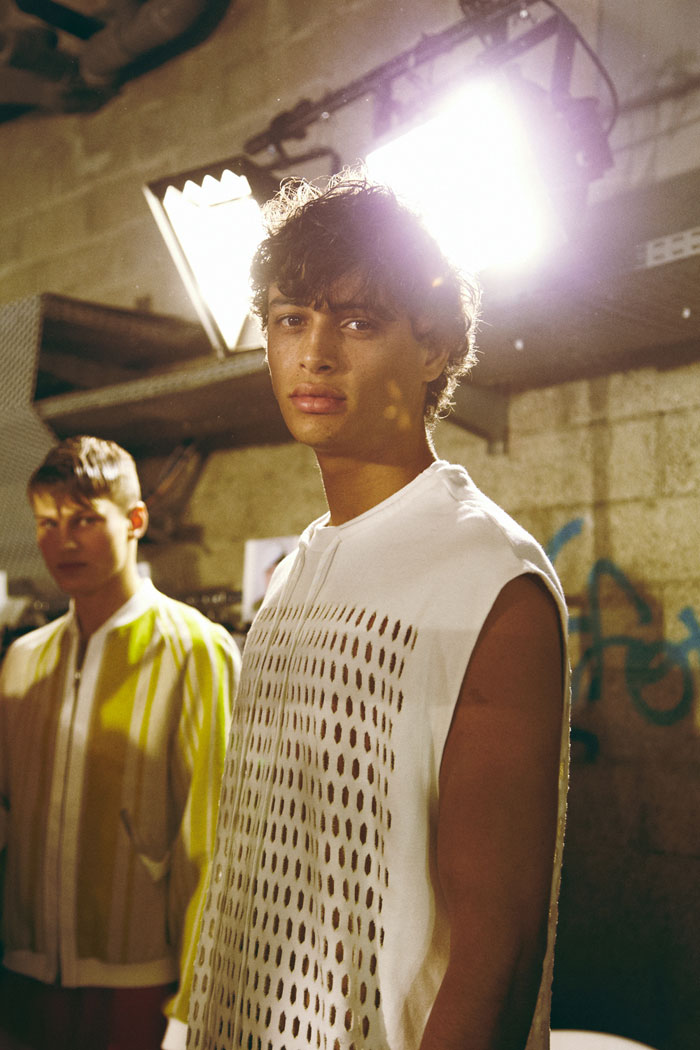 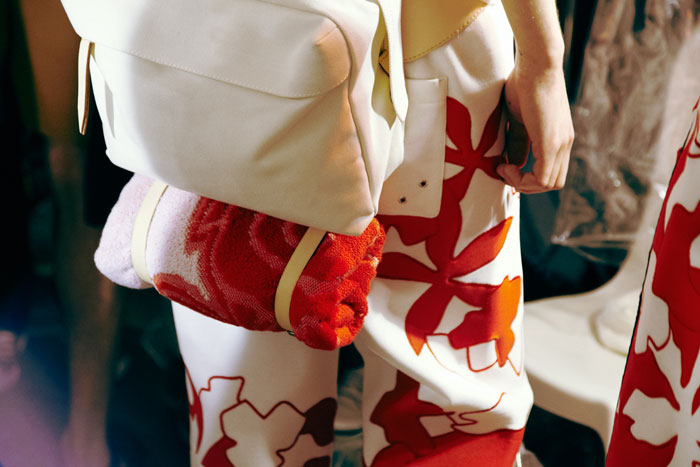 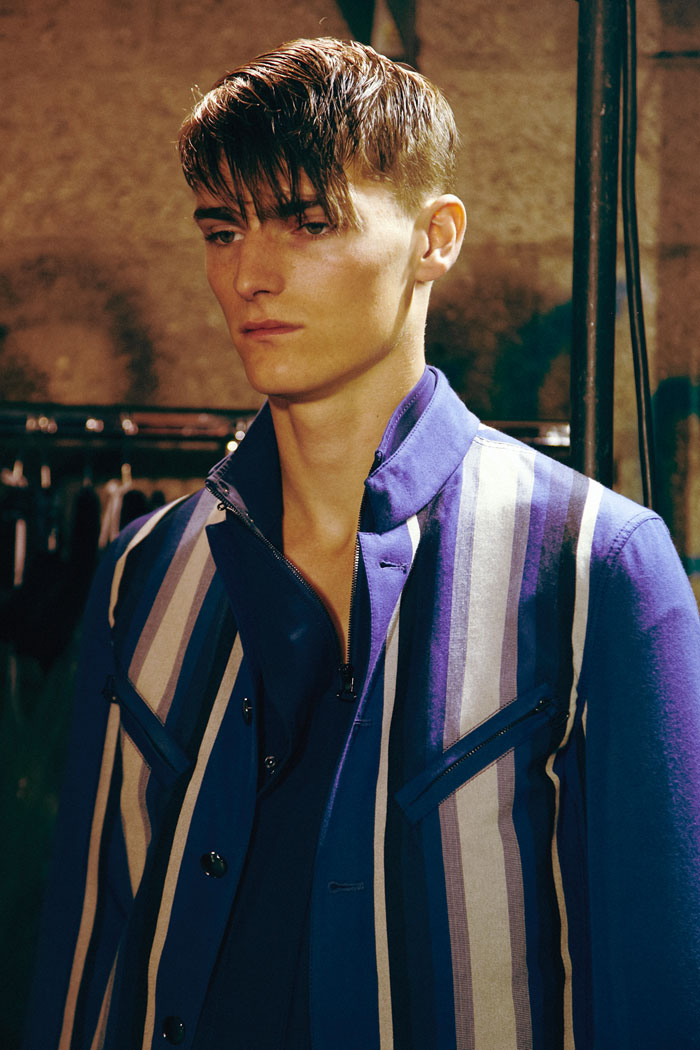 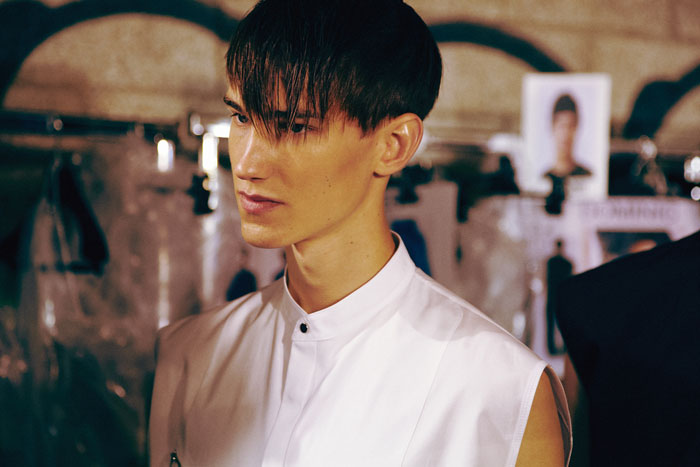 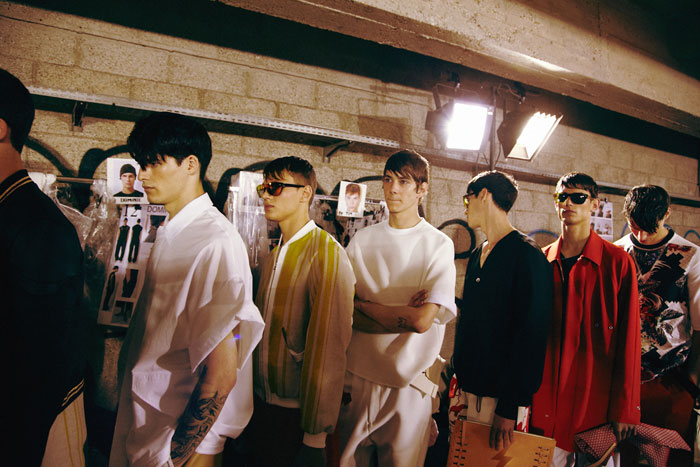 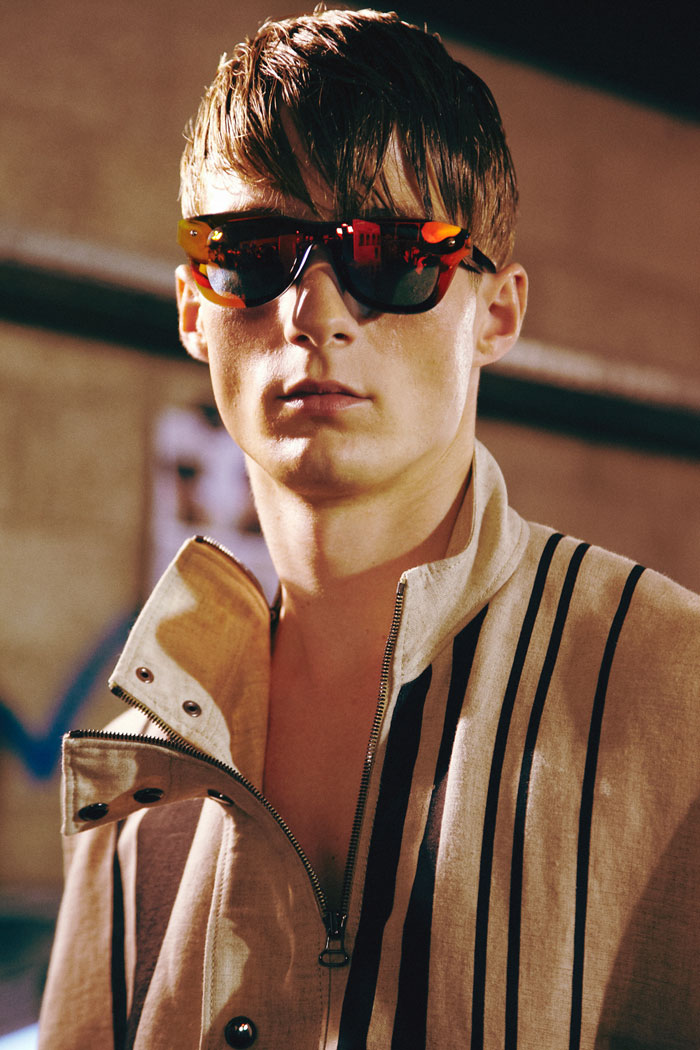 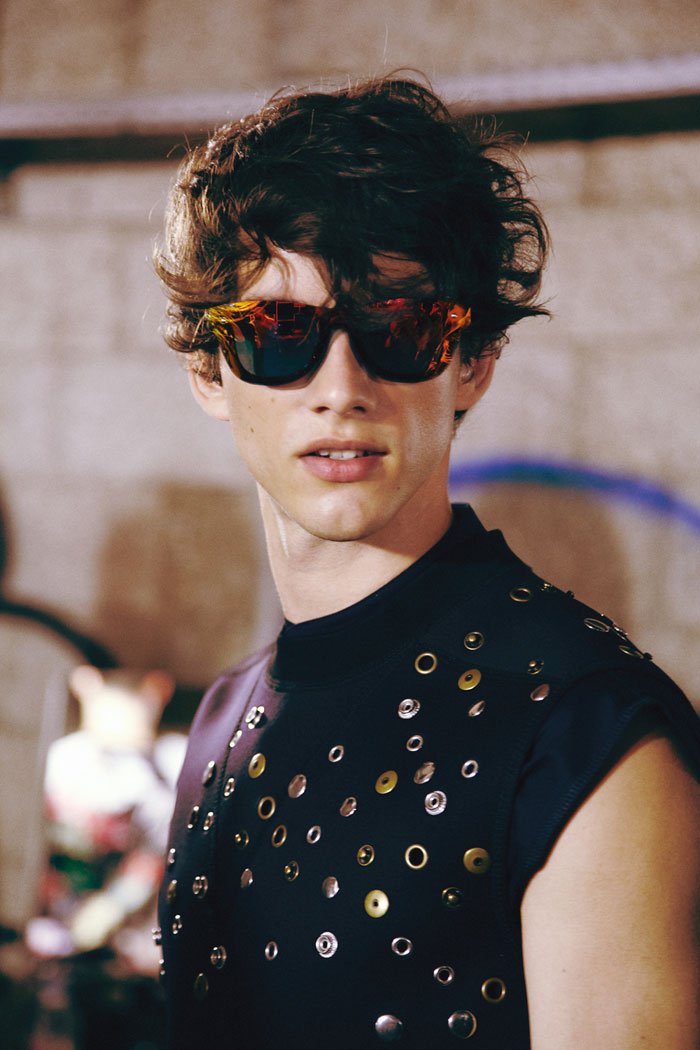 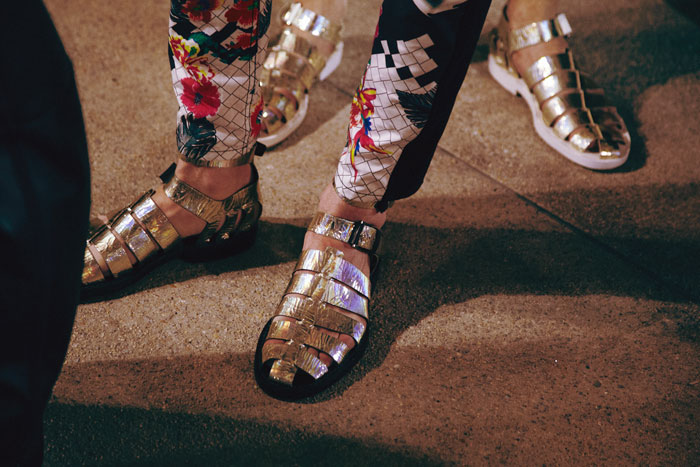 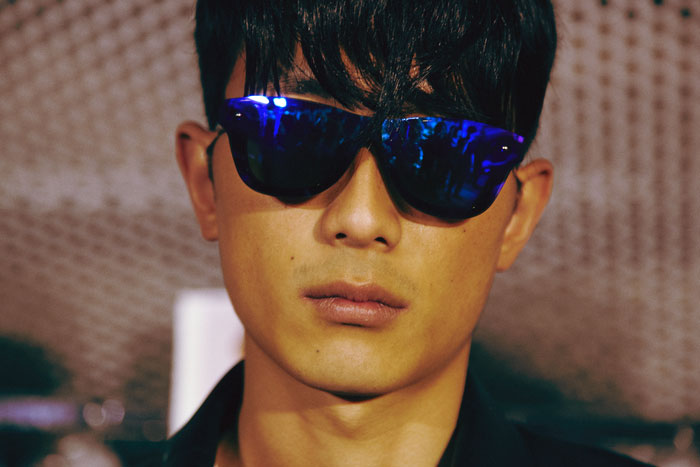 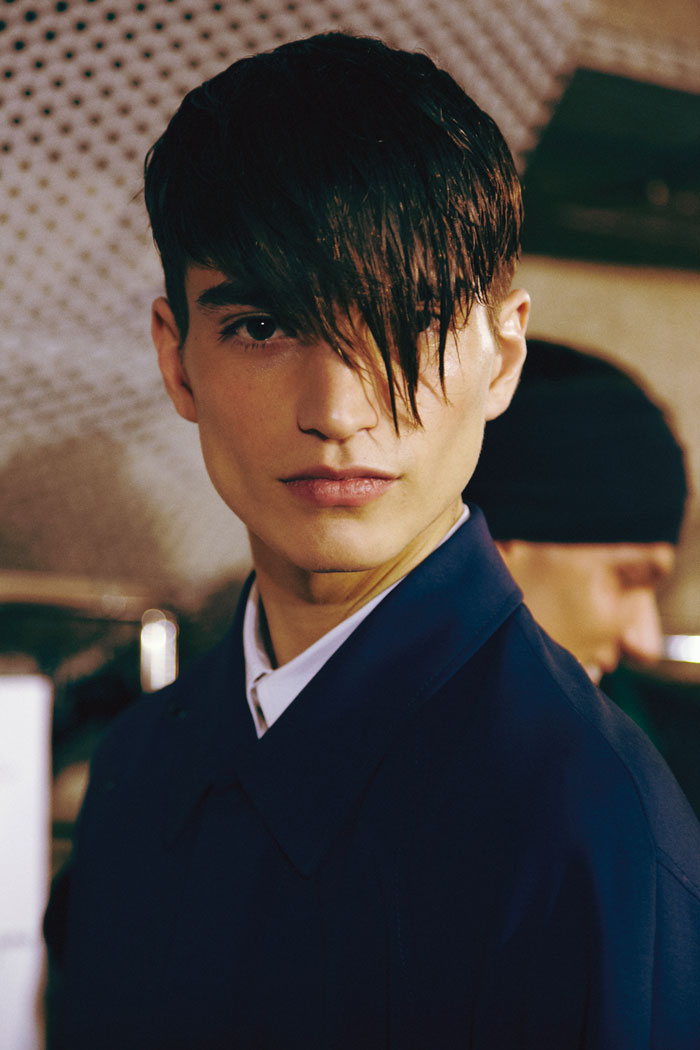