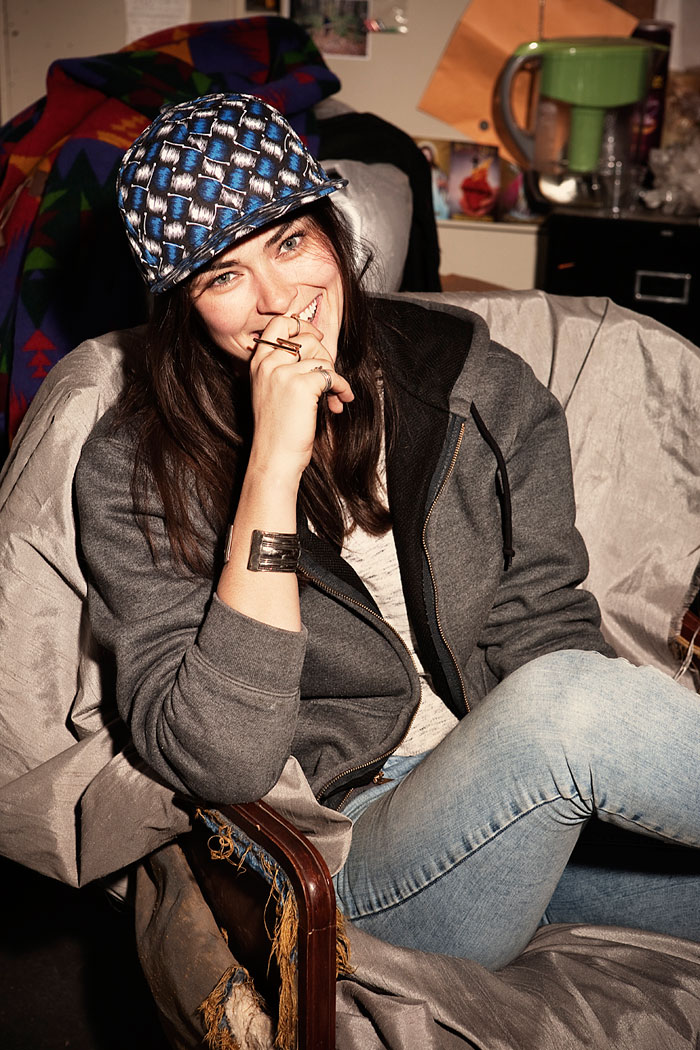 Her artistic work has recently been exhibited at RH Gallery, Ramis Barquet, and The Old School in New York. She is currently preparing an April solo show in Frankfurt, Germany and will start the production of her first book “BEYOND VISION” in May. You may also see her work, Goddess Clap Back, at the Cue Arts Foundation in NY come July.

Multi-tasking is a creative way of life as she talks industry and inspiration.

How were you discovered?
My sister entered me in a beauty pageant when I was 16 and I was scouted there by Mary and Jeff Clarke. They sent me into Ford when I first moved to New York, and the rest is history.

At what point did you discover you were an artist?
I always have been. There was really no discovery about it, it’s just something I’ve always done. I come from a family of artists, musicians, and assorted creative types, so it’s always been there.

How do you incorporate your art into your modeling?
Both permeate into each other, usually in ways I’m not even conscious of. The idea of fearlessness that I’ve explored in my work has definitely come in handy on more than a few editorial shoots.

What is your favorite medium?
I really can’t choose favorites, I love to get my hands into everything. For a long time, when people asked me what medium I worked in, I used to just say “I do everything but draw and paint,” but now even that’s not true. I am part of the ADD generation, my attention span is far too short to work in only one concentration.

How does the art world compare and contrast to the fashion world?
It’s very easy to say that both are image-based and money driven, but only if you allow them to be. There’s plenty of room for both idealism and realistic thought, although perhaps more so in art than in fashion. If anything, fashion is a bit more honest about the requirements and expectations involved.

What do you believe is the future of the art world today?
With the wealth of free, available knowledge we have thanks to the omnipresence of the internet, I find that specialization is becoming increasingly outdated. I see the future trending towards the conglomeration of medias, a mix of everyone doing everything.

Describe your style.
Hip hop hippie art school goth farm girl fashion asshole. A little bit of everything, depending on my mood. 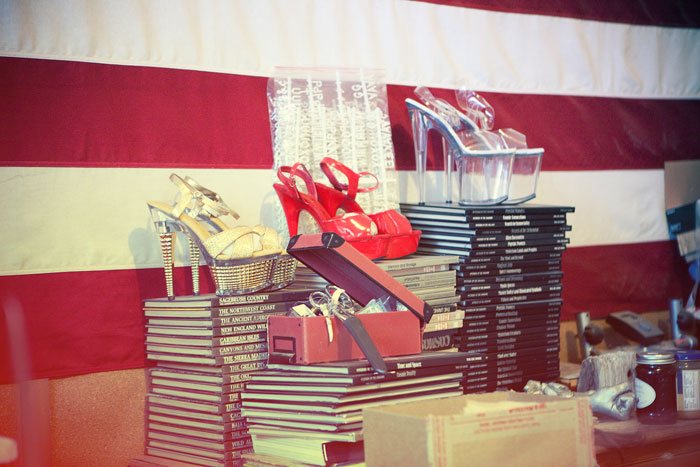 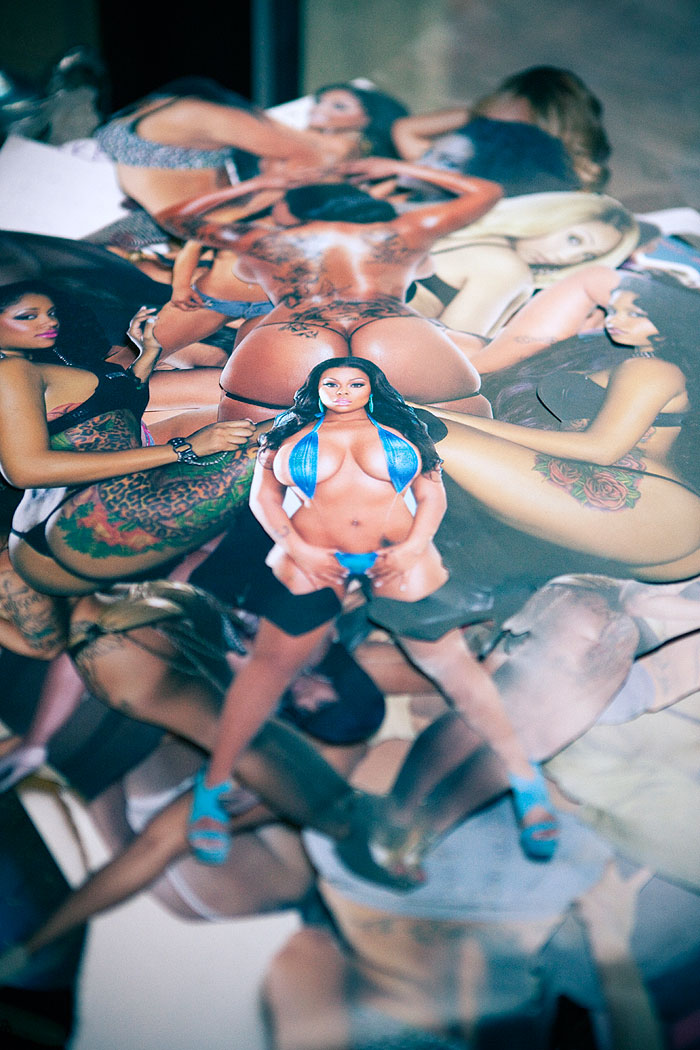 These collages are actually at the framers right now, and then will be crated up and sent to Germany for my upcoming show in Frankfurt. They are comprised of images sourced from urban model magazines like Smooth and Straight Stuntin’. I love these publications because they create some kind of alternate universe within their pages where video girls with bad tattoos and bartenders with big asses rule. It’s an insouciant, untroubled, and often unintentionally hilarious celebration of powerful women who are comfortable with their bodies and their sexuality. 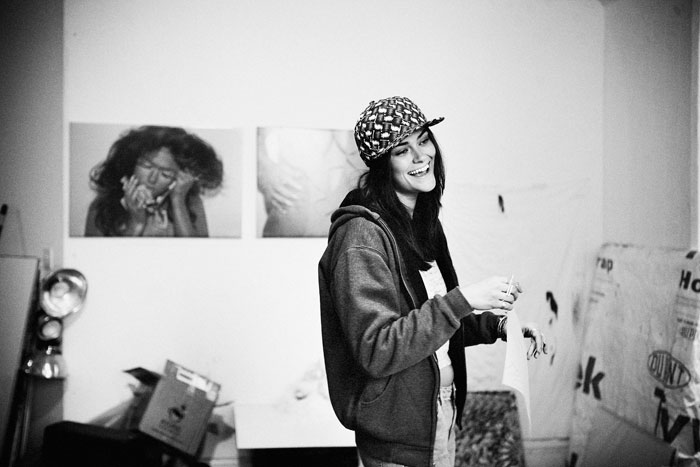 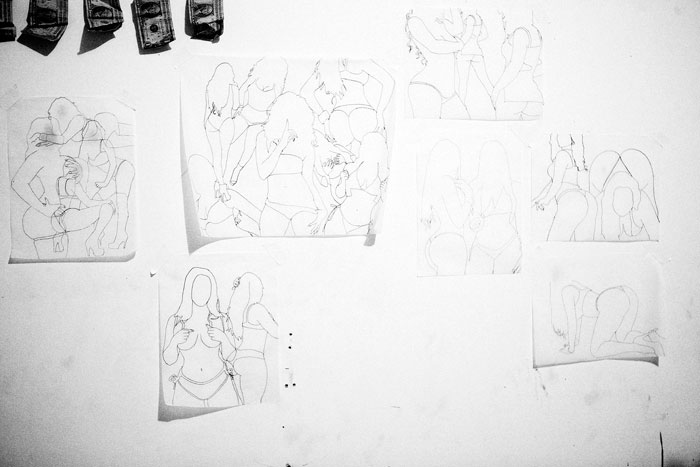 A continued study of urban models. These are the first few drawings in a large series to be installed over a wall of windows in the gallery in Frankfurt. 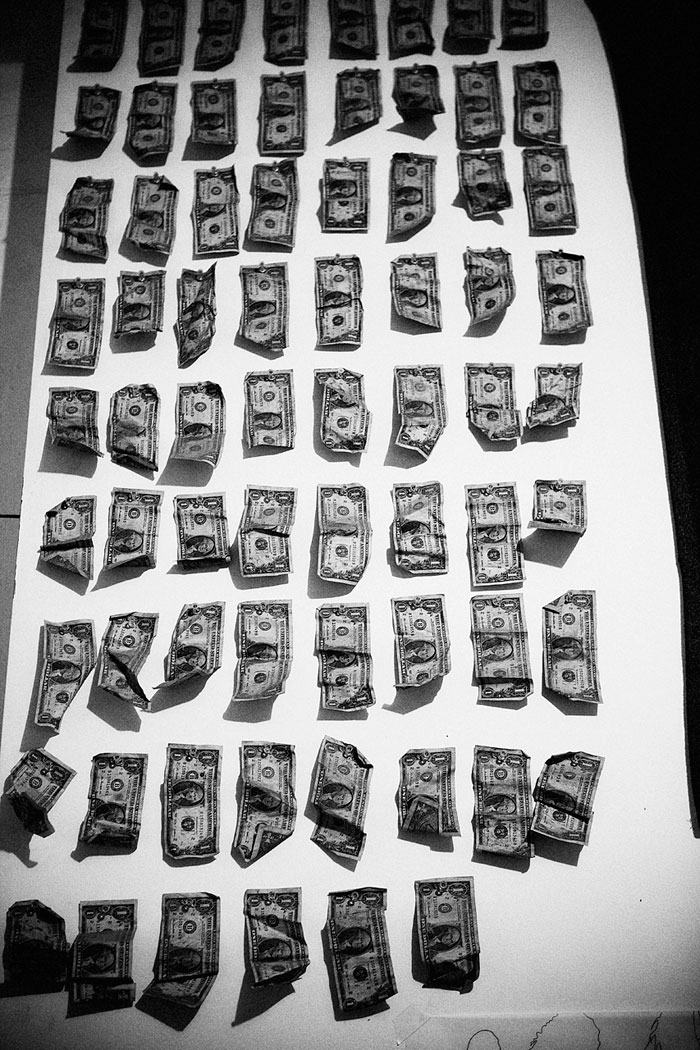 These are the dollar bills remaining after my YOUNG MONEY performance in 2011. I started the performance with 100, and ended with only 70. I found it to be an unexpected representation of my own mental state after the experience; incomplete, depleted, slightly taken advantage of, as though I had given everything I could possibly have given to a group of strangers, and they sucked it all up like a vacuum, then stole my money on the way out. This collection of what remained spawned a series of sculptural pieces, each containing 70 dollar bills treated in different ways. The waxed version and the bleached version will be sent to Frankfurt as well. 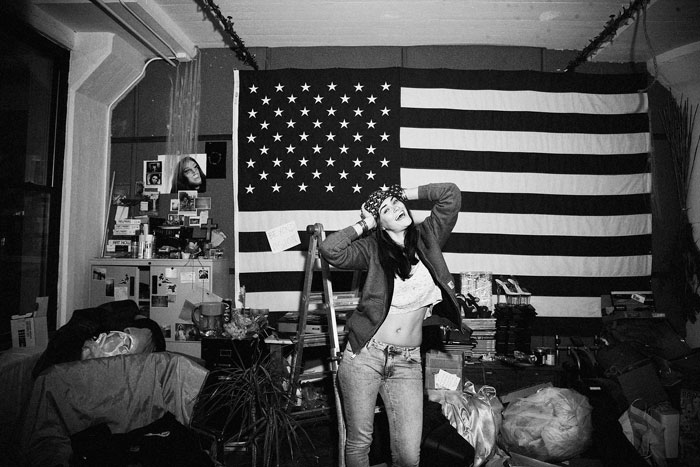