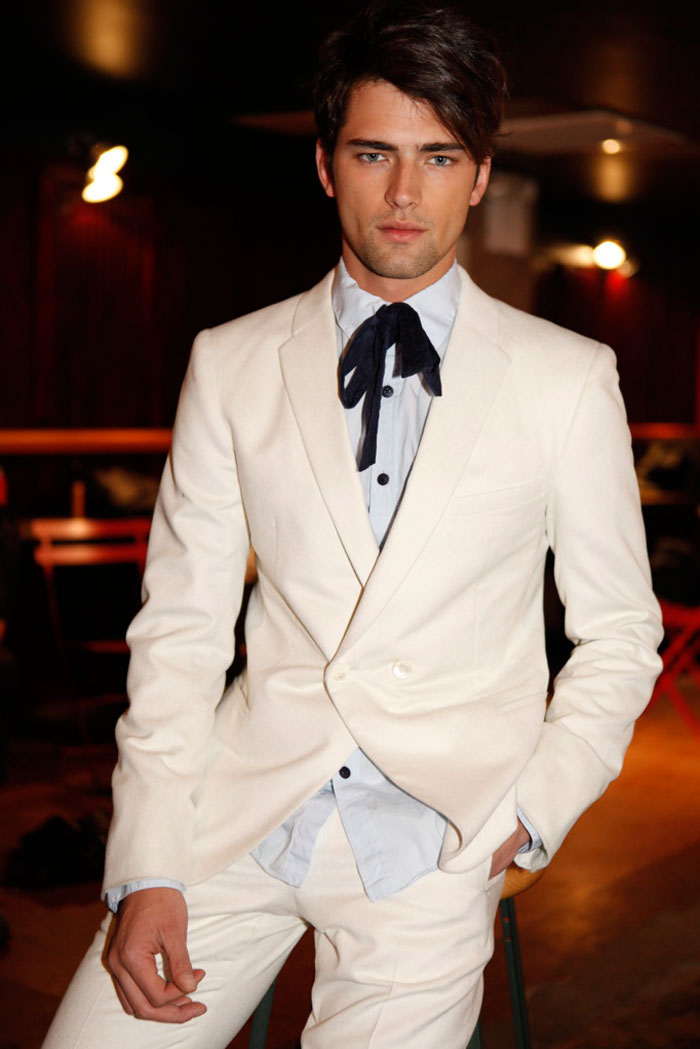 Fall 2011 has seen a lot of growing up, with several designers bringing new maturity to brands that previously catered strictly to the playful and young-at-heart. Oliver Helden and Paul Marlow were no different at Loden Dager, sending out a tightly edited collection of twenty looks for a show that lasted all of about five minutes. The opening look was very dressed-up but maintained the label’s cheeky edge, a leather jacket worn over a natty suit with a ribbon bow tie. Several very smart suits followed, interspersed with sweaters and trousers covered in an oversized snowflake motif or bright multicolored squares. Helden and Marlow demonstrated their distinctive eye for color—a trait that was one of the most notable features of their Spring collection—with primary-hued corduroys in bright red and yellow. One model carried a square backpack, one of the most popular accessories of the season, and several sported sunglasses with nerd-cool clip-on lenses. Backstage before the show, the designers reminded all the dressers that the models’ shirts were to remain untucked, proving that even under all those blazers and coats, they still know how to have a little fun. 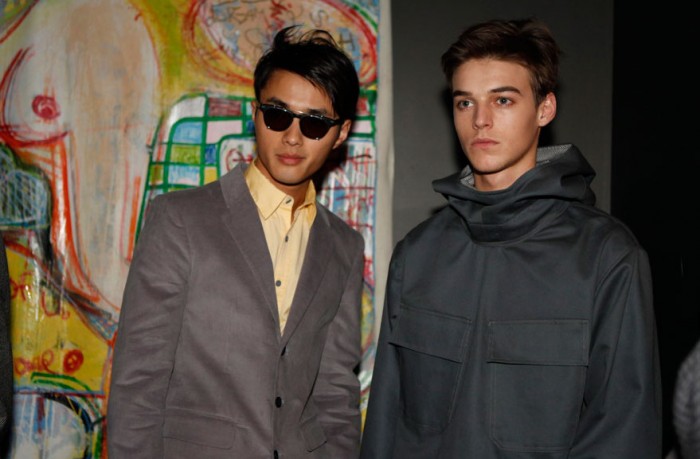 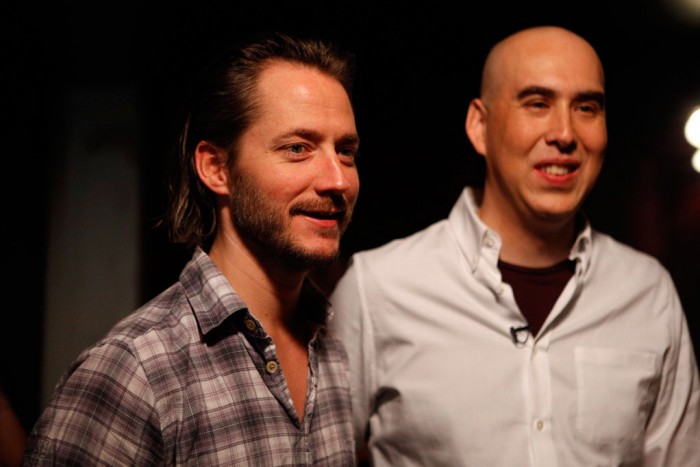 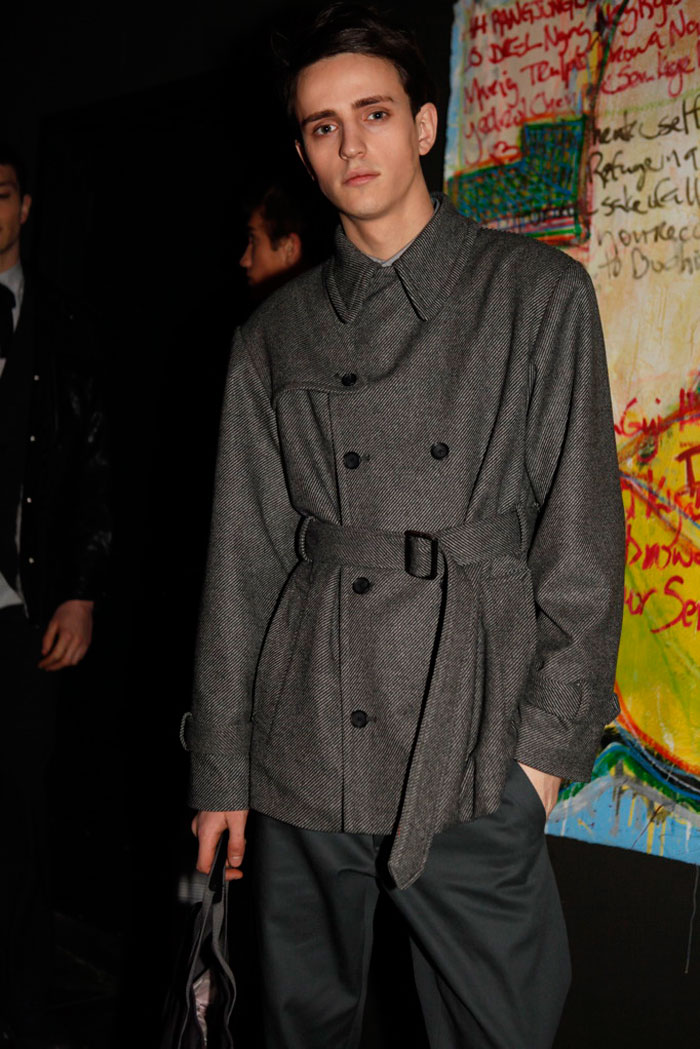 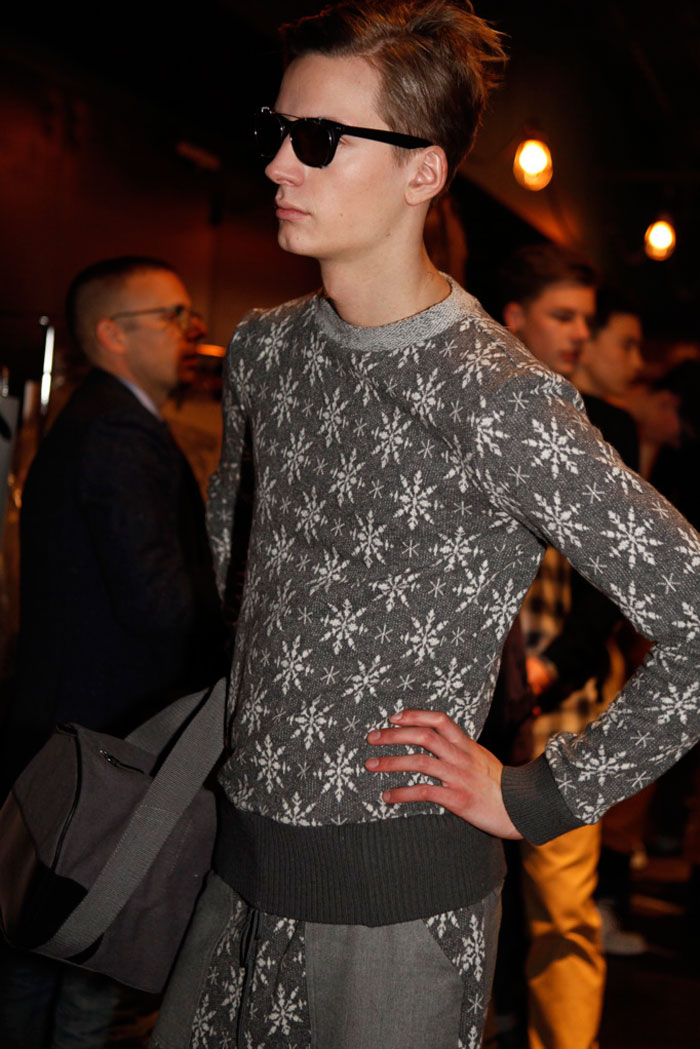 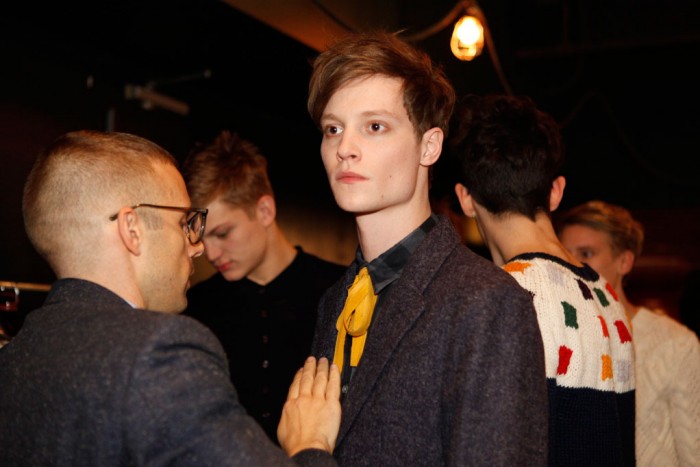 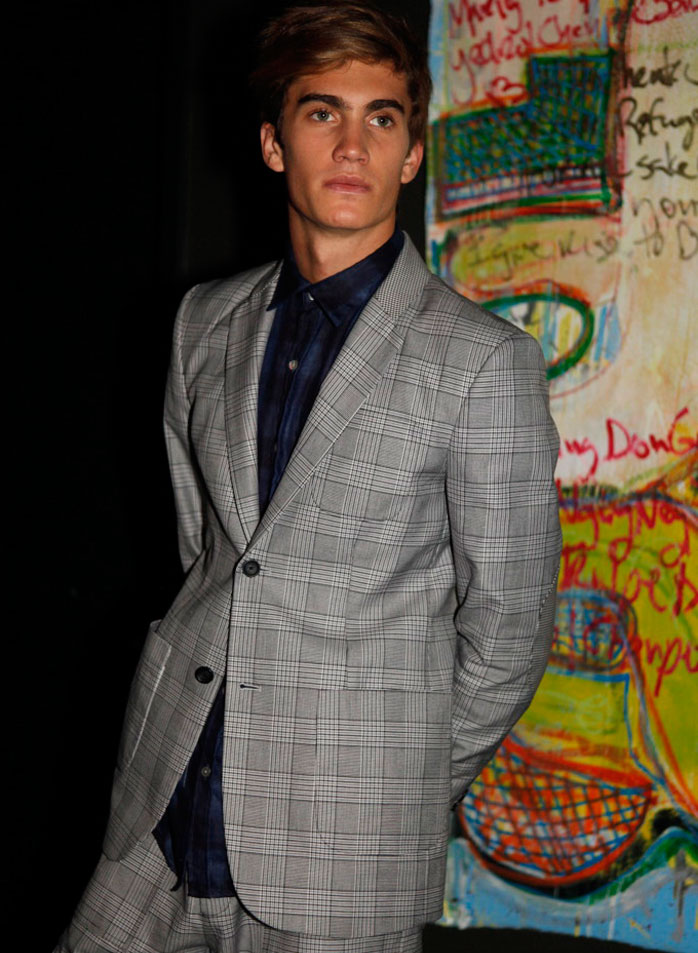 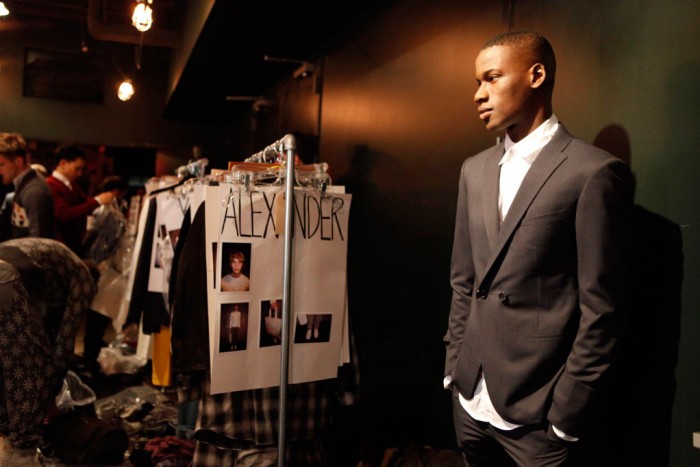