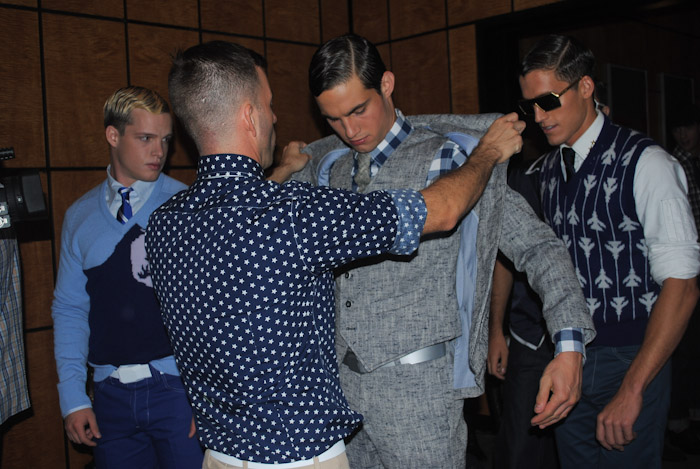 It was dimmer than usual in the Grill Room at the Four Seasons when up-and-comer Marlon Gobel showed his Spring 2011 collection on a rainy Sunday afternoon. The menswear designer, an alum of both Thom Browne and Michael Bastian, lodestars of very American design, chose a setting evocative of decades of power lunches and corporate might for his second collection, a group of looks that harkened back to iconic ideals of American strength, from bankers and lumberjacks to fighter pilots and cowboys. Gobel’s show was easily the most sophisticated of the week, the guests in their Upper East Side weekend clothes sipping water as they perched on the lined-up banquets. The conversation hummed, rather than roared, as if the location itself were a warning against poor manners; even the dressers backstage talked in hushed whispers. The clothes themselves were sophisticated and sharp, from the white latticework jacket that opened the show to the “American forest sweater,” with an image of a simple wooden house surrounded by trees. Checked suits and madras shirts recalled visions of power from the worlds of industry and the frontier, while pullovers depicting ocean waves and a print of fighter jets evoked more modern paragons. Candy-colored sunglasses, belts, and watches from Nooka added a contemporary grace note. The model in the final look, a navy tuxedo, was accompanied by a woman with pulled-back hair in a white blouse and navy skirt, whom he helped up and down the stairs as the cameras flashed. The pair made eye contact halfway down the runway and smiled at each other, as if reminding themselves that, as Americans, they should never take anything too seriously. “I was thinking about this idea of Mr. America,” Gobel explained about his inspiration for the collection after the show. “He was a titan of industry, charm, and manners.” Individual items were responses to specific thoughts; the forest sweater, for example, came from the idea that “every guy wants a little country home.” And Gobel described the show’s three key “accessories”— an army green Stanley lunchbox with attached thermos, a briefcase handcuffed to a model’s wrist, and that gorgeous girl at the end—thus: “It’s the three things every American man needs: a healthy lunch, to be organized, and a woman with him to help take care of him.” 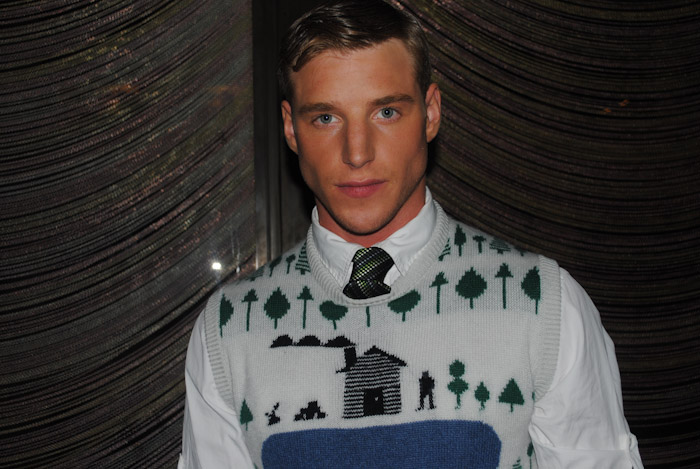 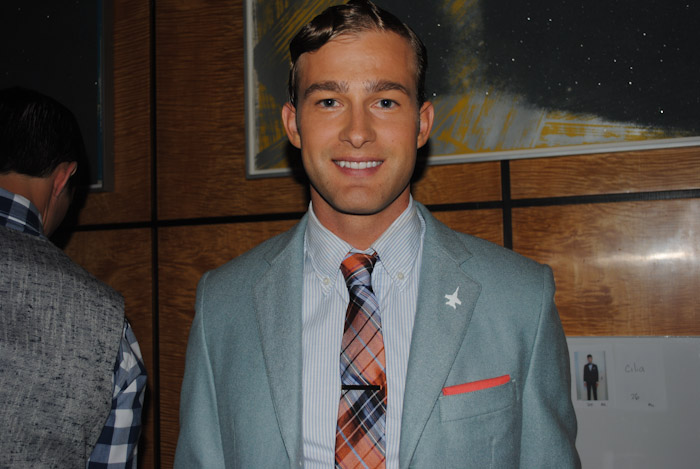 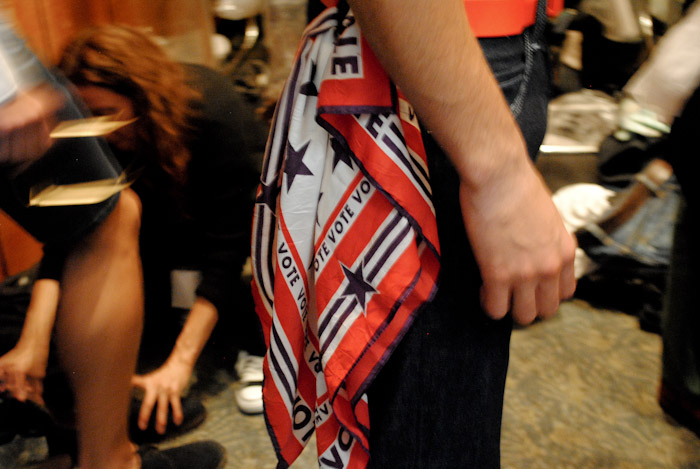 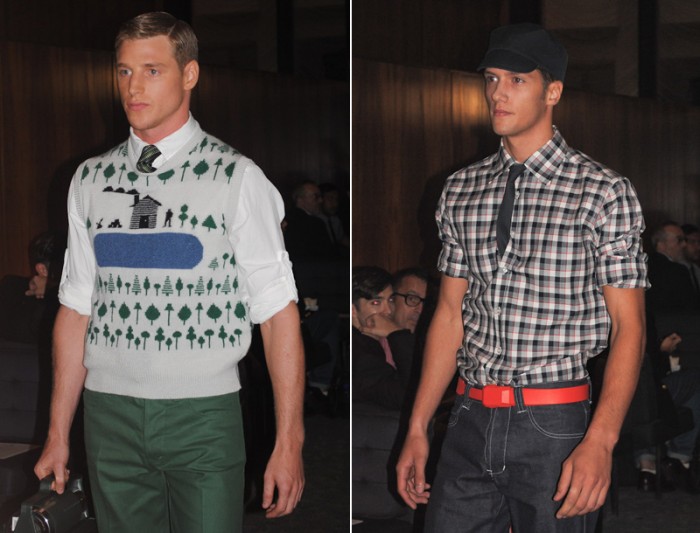 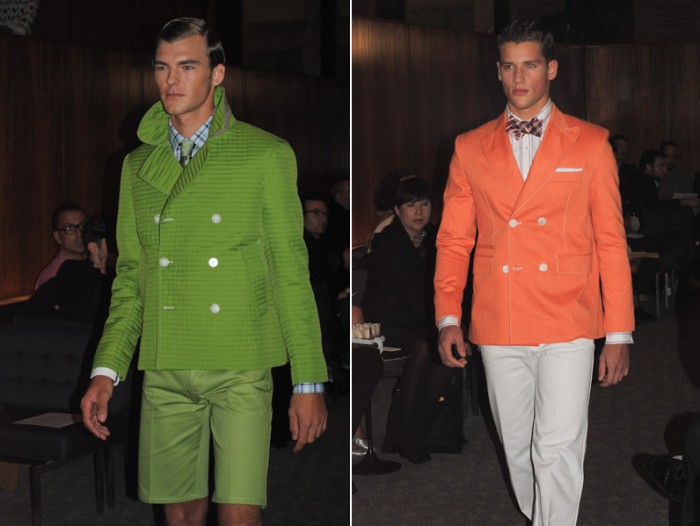 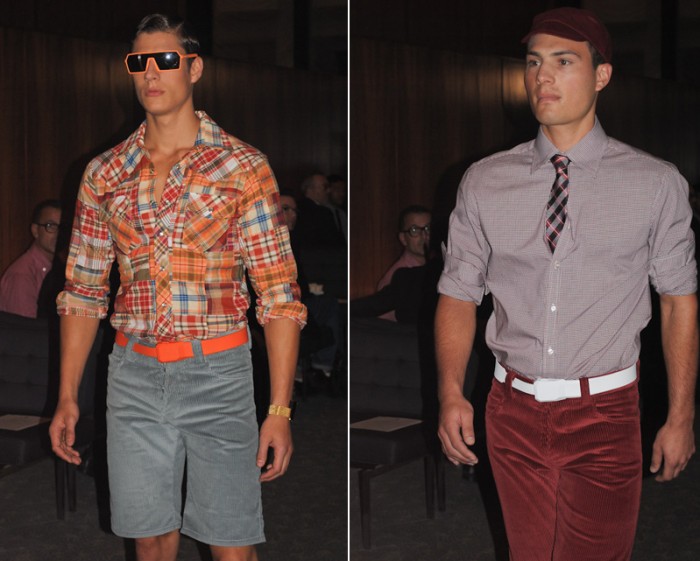 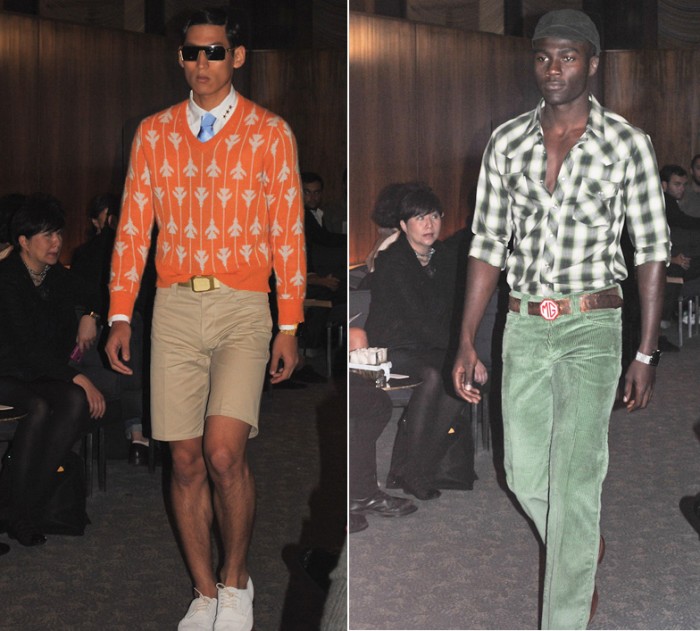 See the full collection at Marlon Gobel at GQ.com.