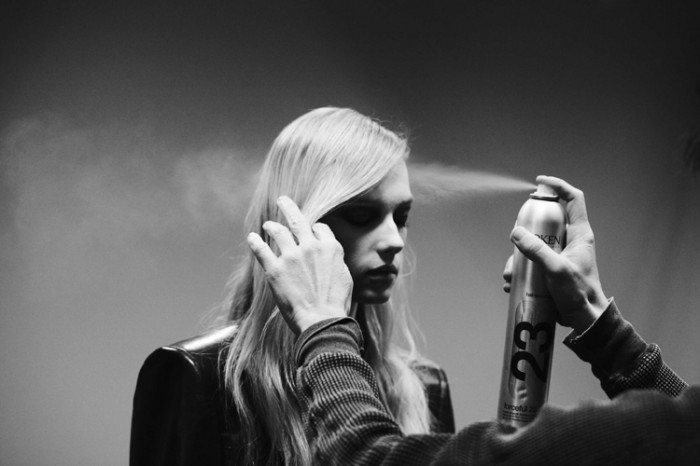 Fashion weeks are full of excitement, especially for the girls who walk the catwalks – MDC caught up with 10 of the hardest working girls of the season and asked them just what moments made F/W 10 special for them. Enjoy their stories of fast cars, broken heels and very special flights home. Be sure to take in all of Boo George’s stunning backstage photographs at The Love Magazine Blog. One of my most memorable moments from fashion week was from the Gareth Pugh show. I was one of two girls to have the long chain fake nails which required loads of glue to stay on. When the show was over, the manicurist quickly wrapped each of my nails in remover and tinfoil and I flew to the next show on a motorbike. During the ride, the tinfoil was falling off all my fingers and my hands were now frozen. When I got to the next show, everybody from hairstylists to models were trying to get my nails off but nobody could. In the end, I wasn’t able to get them off in time so I had to keep my hands in my pockets for both looks and was left with pieces of chains and chunks of glue stuck to my nails. Although it was super painful… the nails did look pretty cool :). 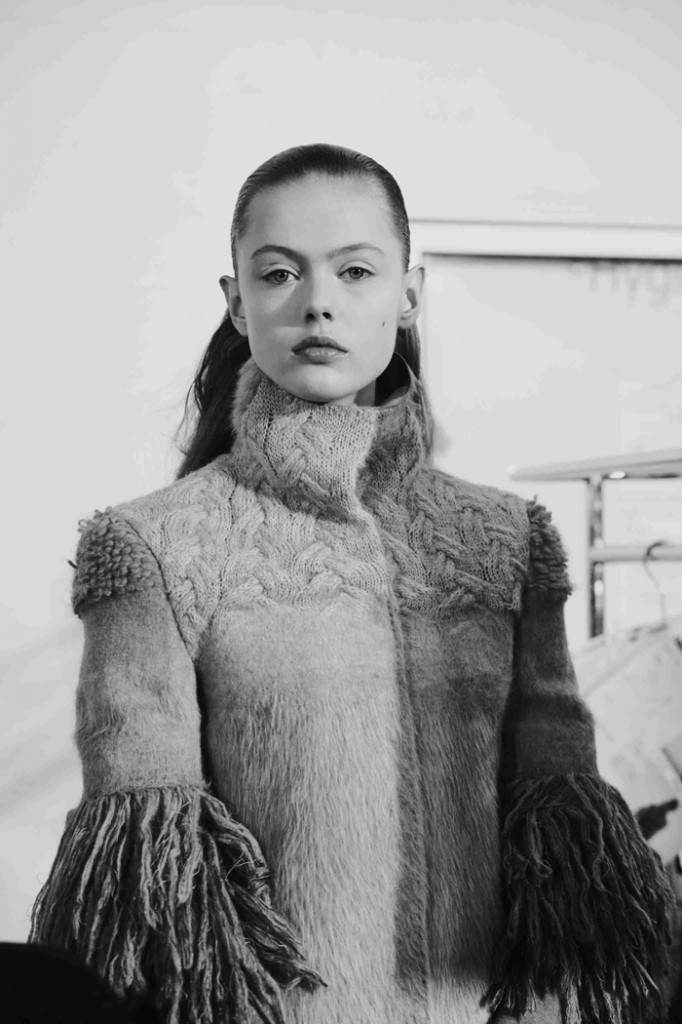 One of my most memorable moments this season, except for the unforgettable Alexander Mcqueen presentation, must’ve been this day in London when Karlie and I were rushing from a shooting far outside London to the Aquascutum show which was located somewhere on Regent street and we got completely stuck in mad traffic. About fifteen minutes before the show was supposed to start we still hadn’t passed Oxford Street yet and obviously had totally different hair and make up on and then all of a sudden the stylist from the show, Edward Enninful, comes running up the street in the middle of the traffic, grabs us out of the car and the three of us starts to run like crazy down Regent Street in the middle of the traffic jam! It must’ve looked hilarious, all of us screaming “sorry”, “excuse me, gotta pass” and “please move, gotta get thru” but in the end we got the right look and it all worked out, to be honest I don’t think anybody noticed – except for the people we passed on the street!! 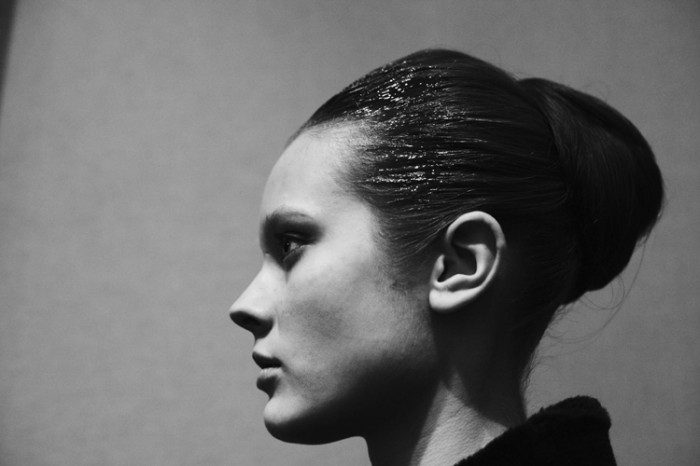 Jac Jagaciak (at YSL) | 70 Shows
The sweet one was when after the Calvin Klein show someone outside asked me to sign my CK ad in the back of some magazine. Surprise, surprise! “How should my signature look like ?!” I also enjoyed getting to my car in Paris between the shows, relaxing on the way, listening to some cool music and talking to the best driver who also drove Stella (!) in the past. 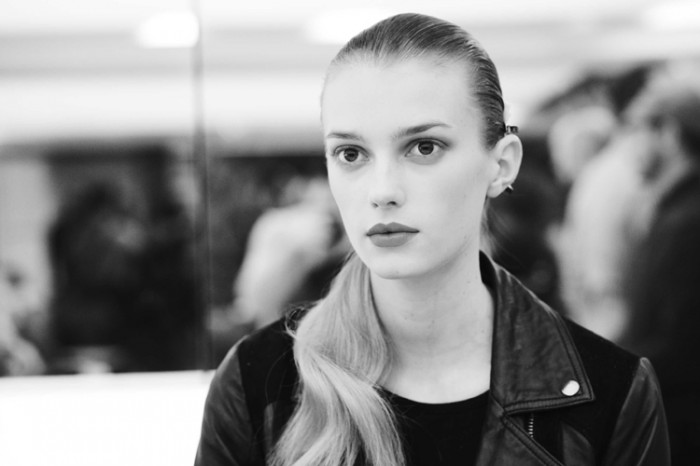 When I think about NY, i immediately think about the snow storm! It was the first time I have experienced one. At first I thought it was fun but then as I slipped on the pavement every 5 meters, and as my feet froze, I realized what a nightmare it was!

In London, my driver always drove crazy fast, and the car was so loud! Everybody in the streets would look at us!

My last night in Milan, i had the best plate of pasta at the La Traditzionale restaurant near my hotel with my agent. It felt so nice to sit down, take my time, and turn my phone off!

The best moment for me in Paris was at the Viktor and Rolf show because I had both of my parents, my grandparents (who had come to visit for 2 days) and my brother there, and all of them were in the audience watching 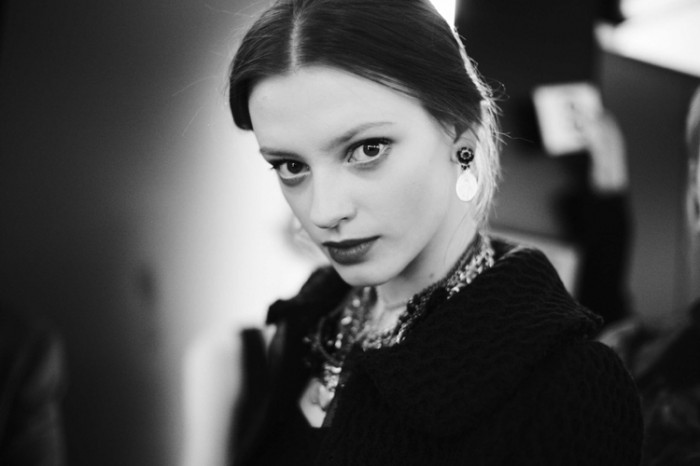 In the morning, before the Peter Som show I wanted to sleep so badly, but when I saw this flashing middle finger at the crossing, I immediately woke up and the mood was good throughout the day. It was my funniest moment in New York. In Paris when I just arrived I went to the Thai massage! It was amazing! 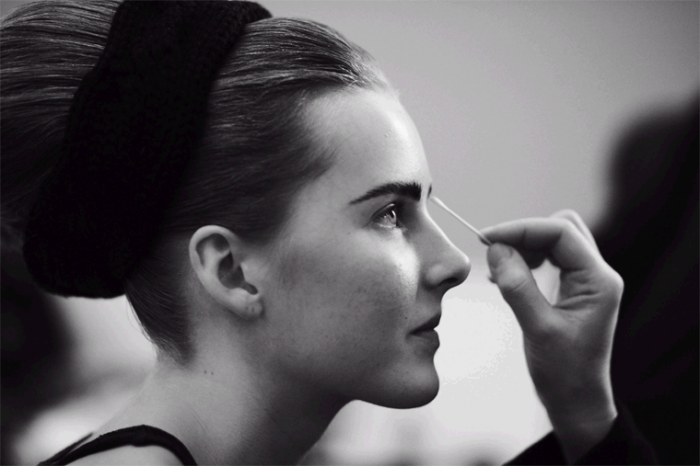 The catering at the Chanel show was to die for, at that moment, at the end of fashion month it was what everyone was dreaming of!Â  It was amazing! 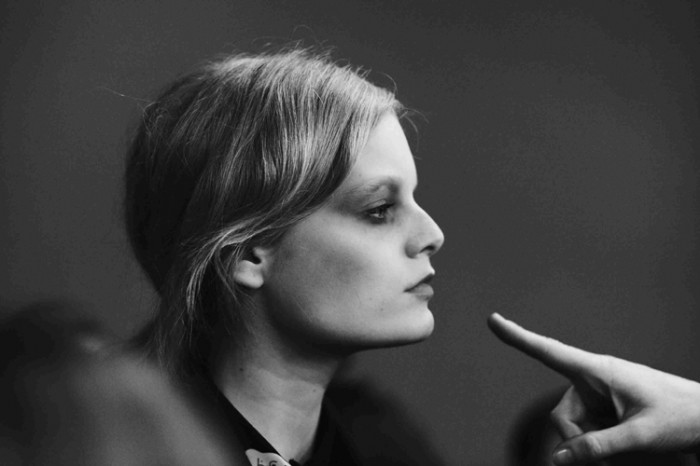 I have to say that my most memorable moment would have been in London this season. I was walking around the city and broke the heel off one of my Calvin Klein shoes. Like completely off the shoe! For the entire day I was walking around with just one heel! I even did the rehearsal for Pringle of Scotland with just one heel, and we rehearsed six times on this SUPER long runway. By the time New York is done, youâ€™re so used to things going wrong that all I could do was laugh as I walked down the runway with one heel. 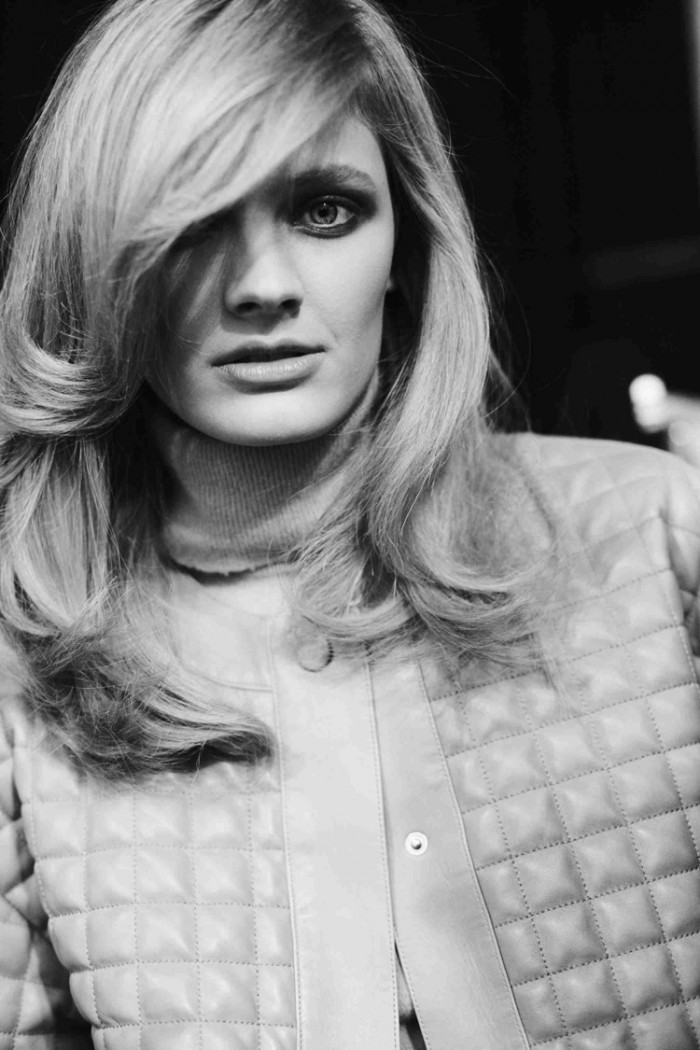 New York: I moved in my new apartment during the week, Packing at night waking up between boxes and luggage! Moving during fashion week is the worst time.

Milan: I was with a friend we forgot to take an European adapter for our US laptop, and there was only one more adapter left at the shop near the hotel. We had no choice so we traded the adapter every day, he had it during the day, I had it during the night!

Paris: My first meeting with Elle Macpherson at Louis Vuitton, I love her so much I asked her if I could take a picture with her with my Blackberry, but when I tried to look at it later in the day I realized it didn’t save. Such a shame!! 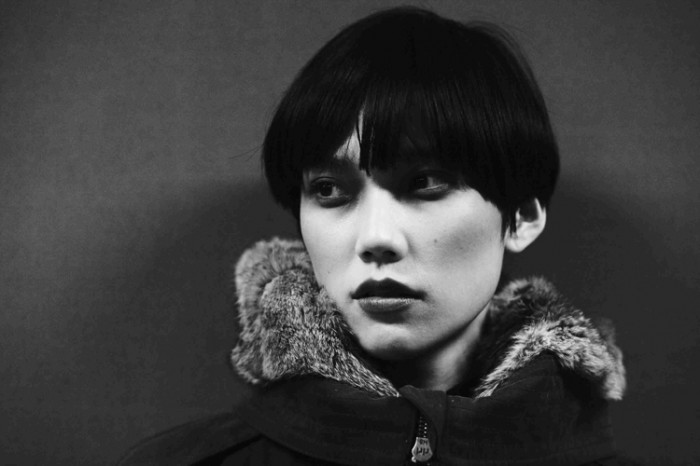 My most memorable moment was having the TV crew from Japan with me during shows. They were following me for a TV program, and I am so grateful to have been a part of that, but to have people around you at all times during such a crazy week, it can be really hard to do both. My boyfriend was unable to oversee it in New York, but he came to meet me from in Paris, and he helped me a lot. That was very sweet! And after when it was all over, the joy that came from those two was double. 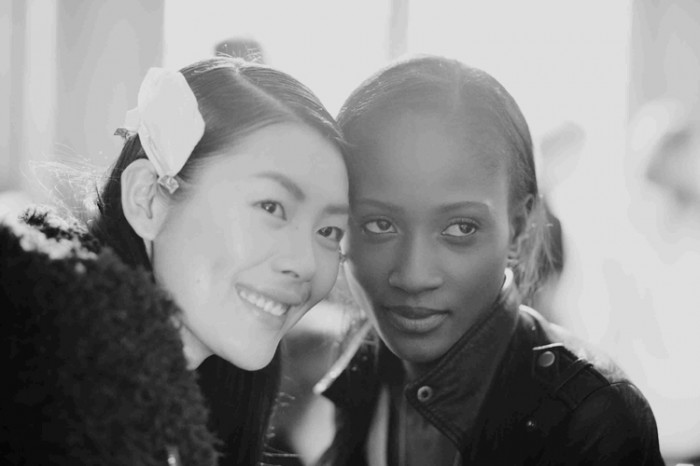 The flight from Milan to Paris was memorable because at the same time in the same plane, the passengers were all models, or fashion editors. It was just like an exclusive flight for fashion workers. Everyone traveled with their baggage full of things from 4 weeks of shows and and all they talked about were the same topics about fashion.

In that moment, I felt that I was still at a fashion show venue but, when the plane took off, the silence suddenly came into the cabin: everybody fell asleep, because of tiredness.