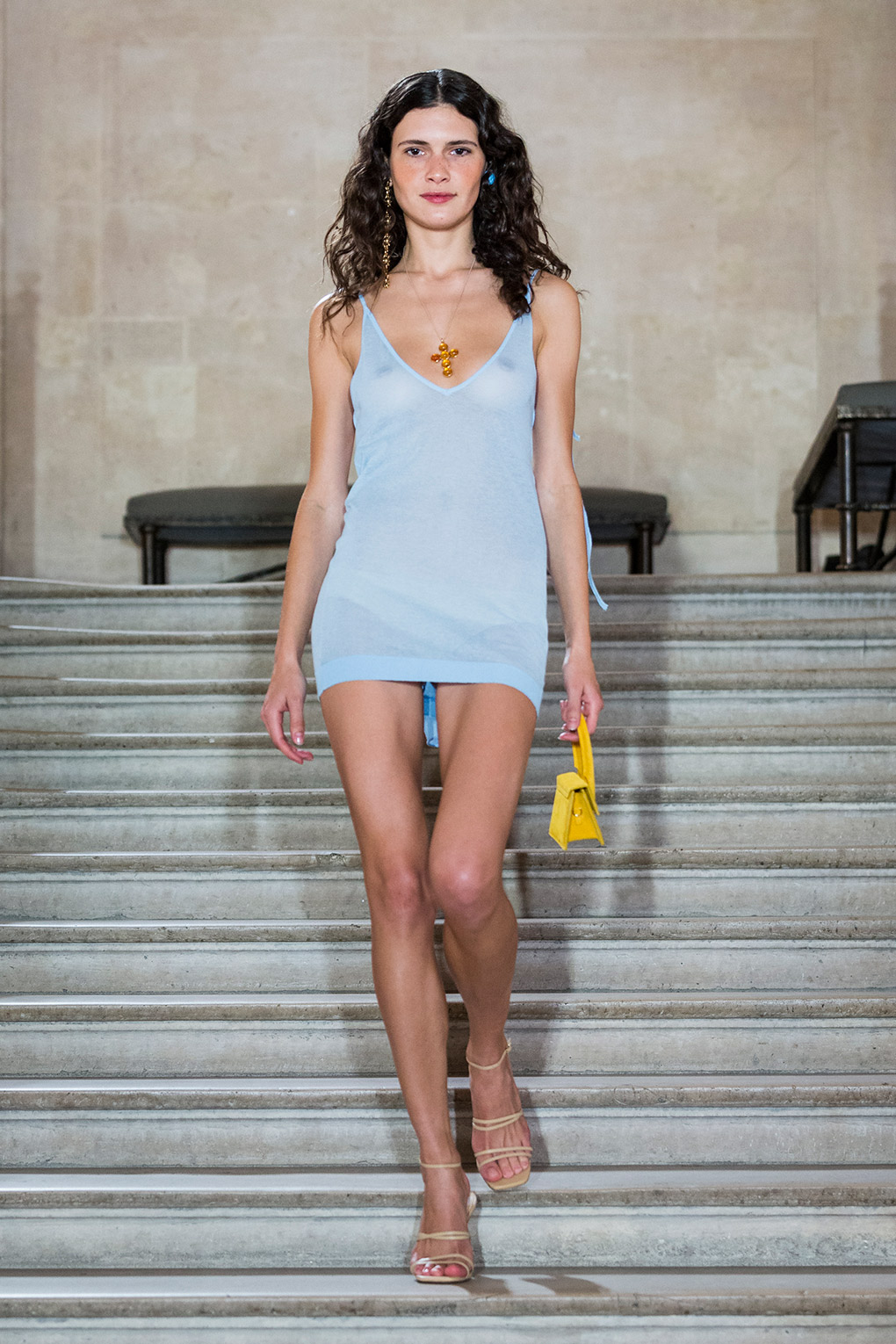 Paris Fashion Week continues to yield quintessential triumphs, like Vacarello’s sparkling Eiffel Tower-backed Saint Laurent show; Dior‘s youthful, feminine agenda; Olivier Rousteing’s aughts-model army that stormed the Balmain catwalk; and, though honorary Parisians, Y/Project and Off-White brought their hyper-dressed, hyper-hip aesthetics to new levels. Still…our minds drift back to the Musée Picasso, where France’s prodigal son Simon Porte held his hugely personal Jacquemus show. It was entitled “La Bomba”. A colloquialism which evokes a woman who has the type of sublime beauty that, you know, turns heads, makes you fall in love. There was plenty of that as his leggy, sun-kissed models dressed for Corsica breezed passed onlookers, along with something sweetly nostalgic in the air as Simon does so well. Thirteen looks in came one of the night’s most Bomba-esque embodiments of his Spring vision: that blue dress on Iana Godnia. Her fourth Jacquemus show, the Ukrainian model is no stranger to strutting her stuff for the label, who says, “Working with Simon is special because he’s very sincere and he has a big heart.” This time the effect was: Godnia turned heads, all of them. Ours are still turned back–days into PFW, even with all the aforementioned moments to salute. The moment delighted in its own seduction, and respectively, there has been little of that when kitsch is lately king. “I was surprised because it’s very short and transparent and it was the last thing I thought I’d be wearing when I went to the fitting. But it was a good surprise. Next time I’m somewhere hot I hope I have it with me,” noted Godnia.

Above photo originally by @nicolemgomes Victoria’s Secret Fav Lais Ribeiro Trains Like An Angel
NEXT