With the overly ornate couture collections all wrapped up, Models.com takes a look back at all the epic beauty creations that ranged from minimalist and pretty to brightly bold and over-the-top. Hair and makeup held its own against the cascading layers of tulle and silk of Viktor & Rolf, sparkling embroideries of Chanel, and the structure silhouettes of Dior and Armani Prive. Take a look at all the wondrous creations below! 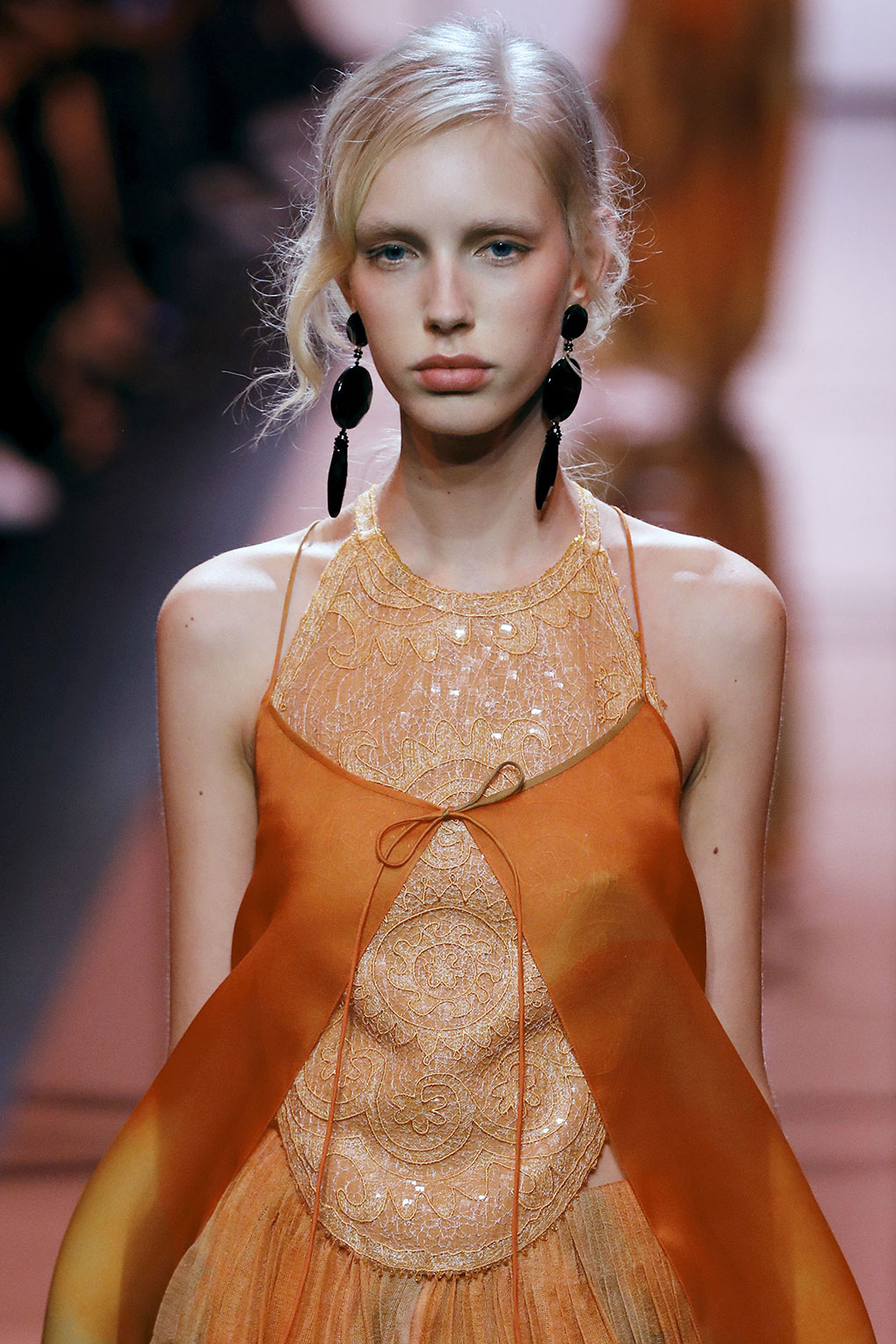 Armani Prive‘s collection centered around orange and gold design elements and the beauty from Rudi Lewis and Linda Cantello followed closely with warm flashes of color to the cheeks. 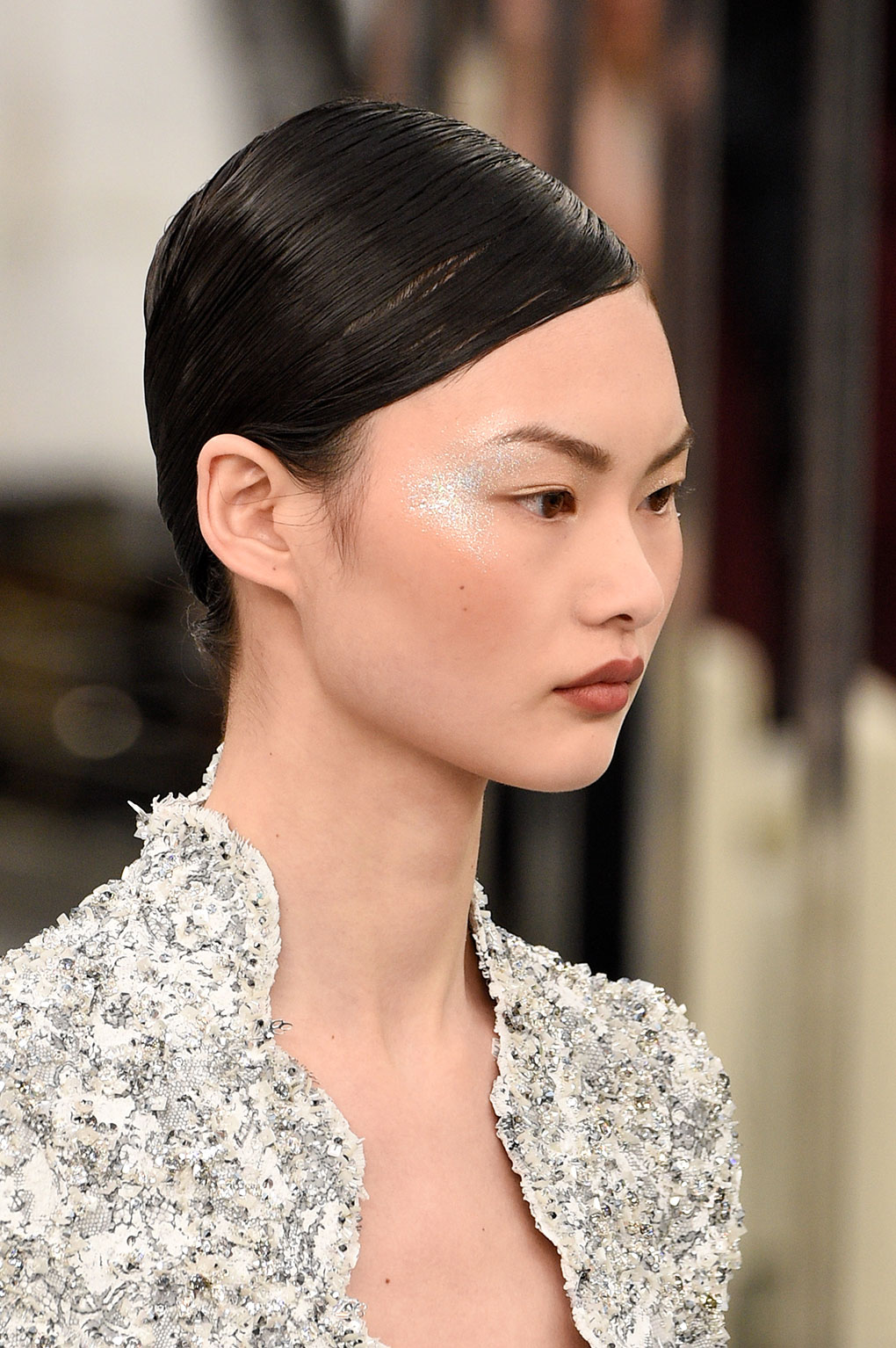 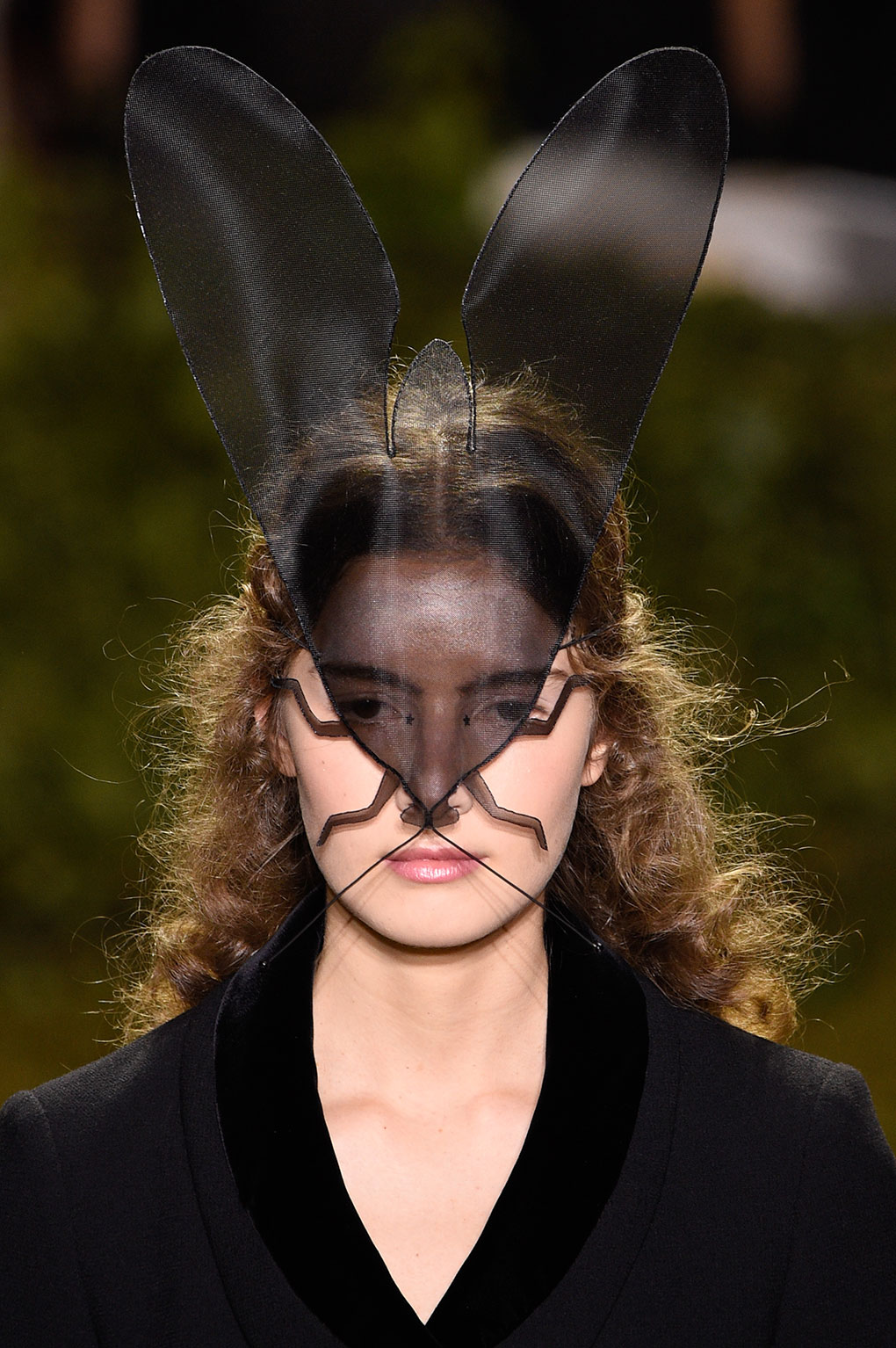 Maria Grazia Chiuri‘s first couture showing at Dior was an opulent woodland adventure with floral, feathered and cut out headpieces adorning Guido backed coils and surprising stardust around the eye thanks to Peter Philips. 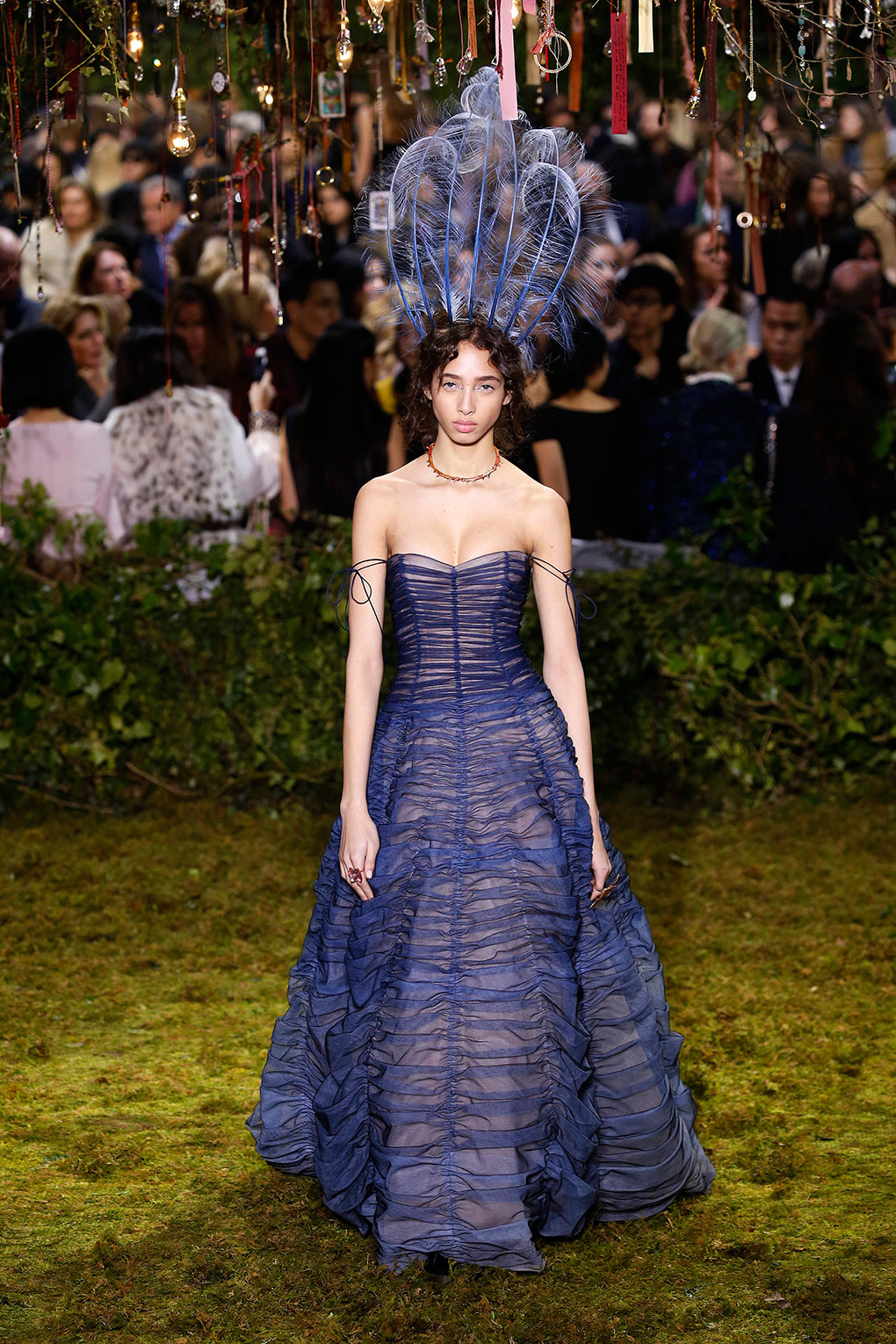 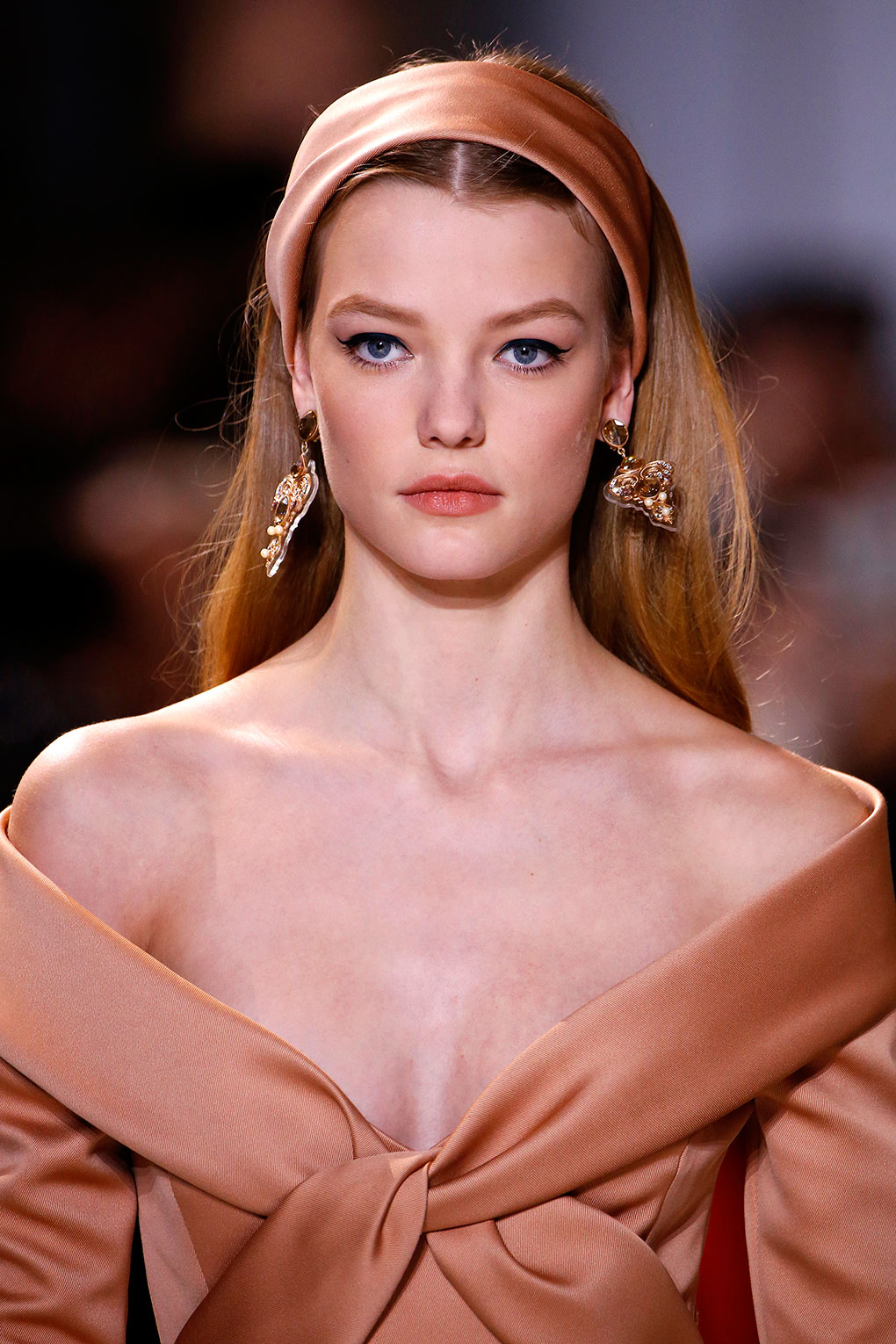 With a flick of his wrist, Tom Pecheux created a seductive cat eye with fresh skin for Elie Saab. Healthy, flowing hair with a middle part from Orlando Pita was adorned by outfit matching satin headbands for a chic put together look. 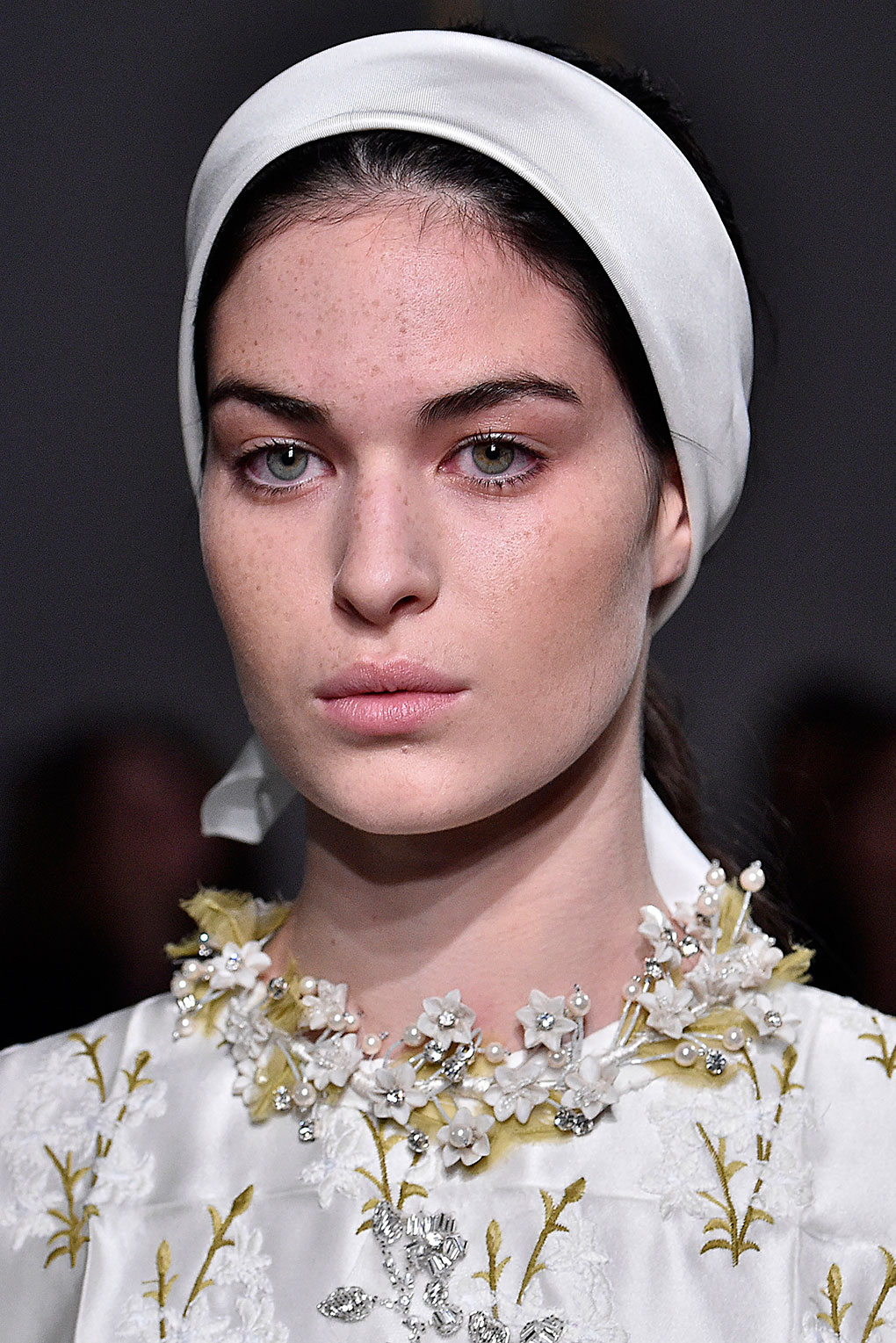 Giambattista Valli and makeup artist Val Garland furthered the headband trend focusing more on pared down beauty and slight washes of pink to the lips. 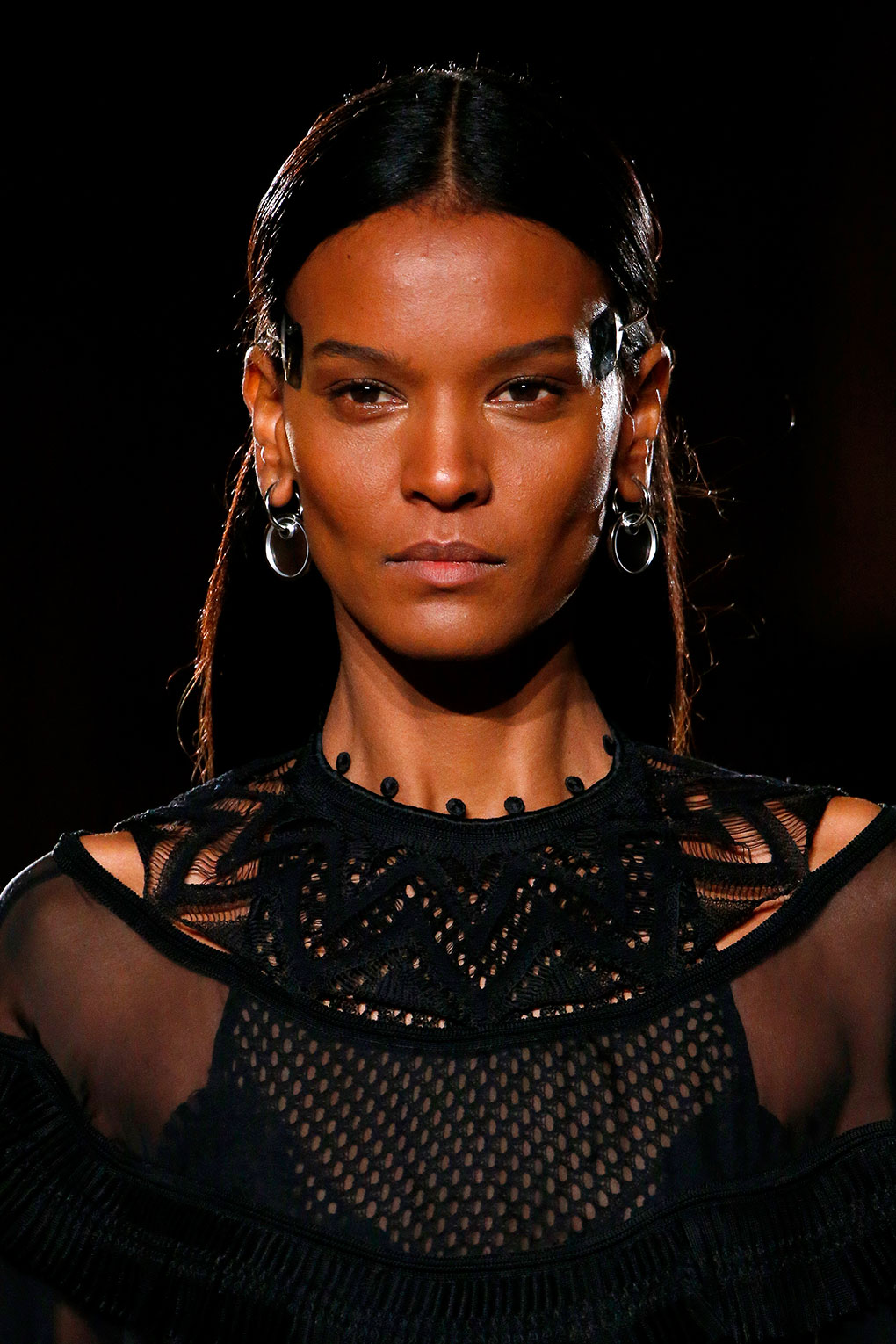 Givenchy‘s couture collection might have been shown with the men but it was a full celebration of powerful women with Pat McGrath and Guido taping temples to hold back center-parted hair so eyes were and snatched back into fierce stares. 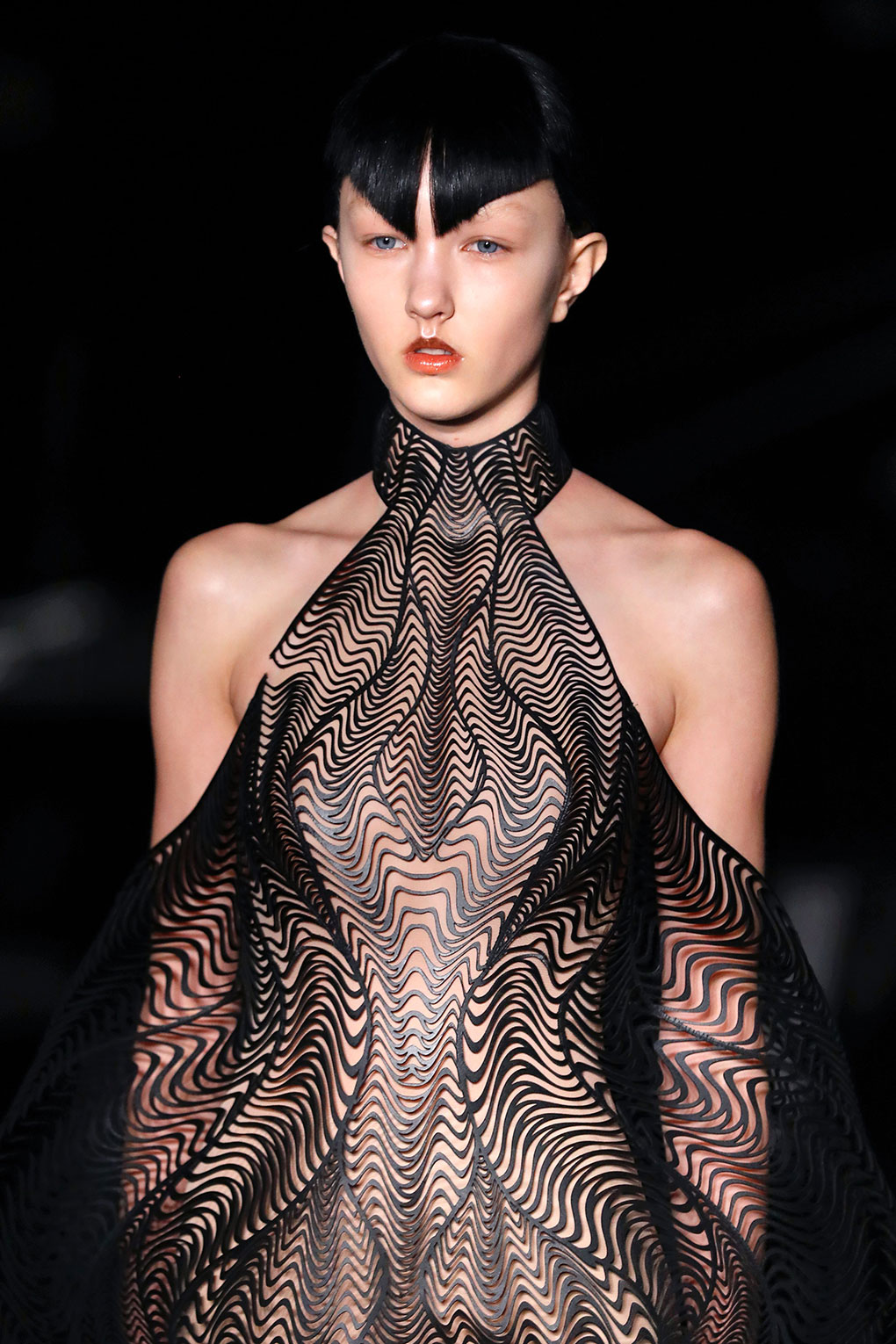 Iris van Herpen as always was an engineering feat with dresses made of polymers attached to tulle. Beauty consisted of severely cut bangs designed by Martin Cullen and pearl highlight on the cupid’s bow courtesy of Tom Pecheux. 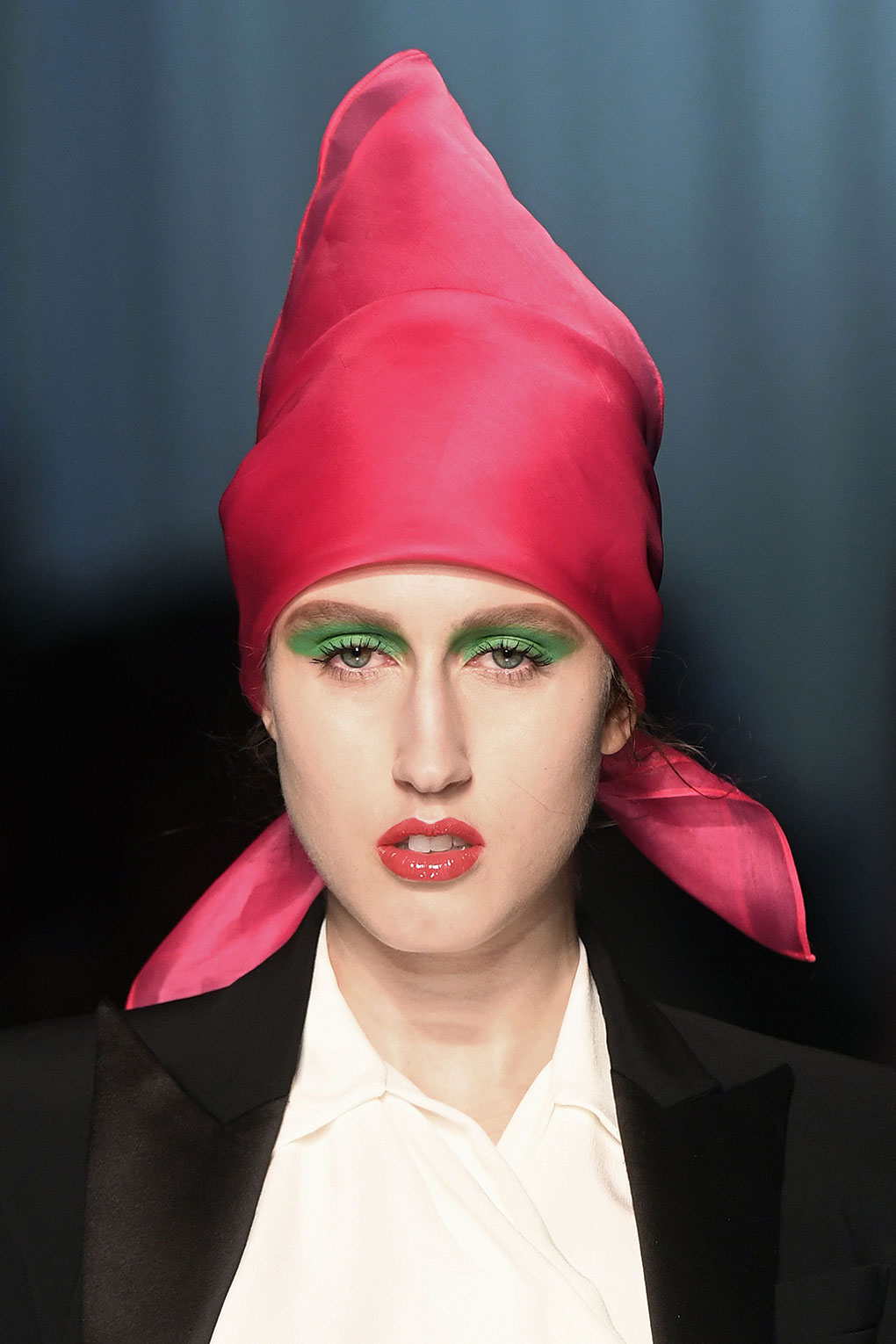 Jean Paul Gaultier is not one to shy away from maximalism and Terry Barber designed beauty for his latest couture undertaking applied vivid contrasting colors to lids and lips while hair lead Odile Gilbert created fishtail-braided crowns that were graced by chapeaus of every variety. 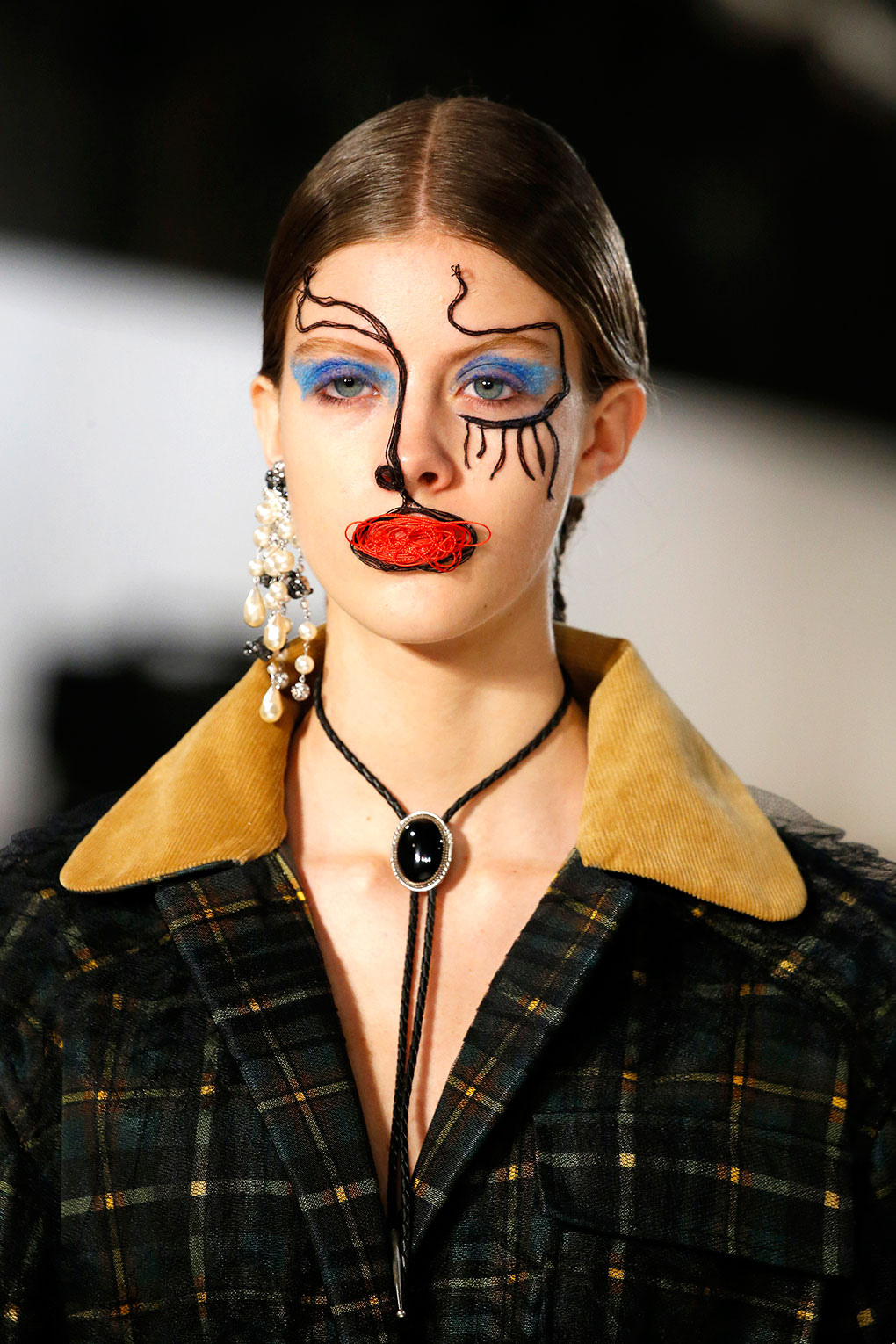 With its continuous embrace of mix media beauty, Maison Margiela was a medley of eccentric maximalist looks from boldly colored brows and hair, unexpected lips colors, and thread interwoven through it all (with maybe some Snapchat filter inspo) courtesy of beauty masters Pat McGrath and Eugene Souleiman. 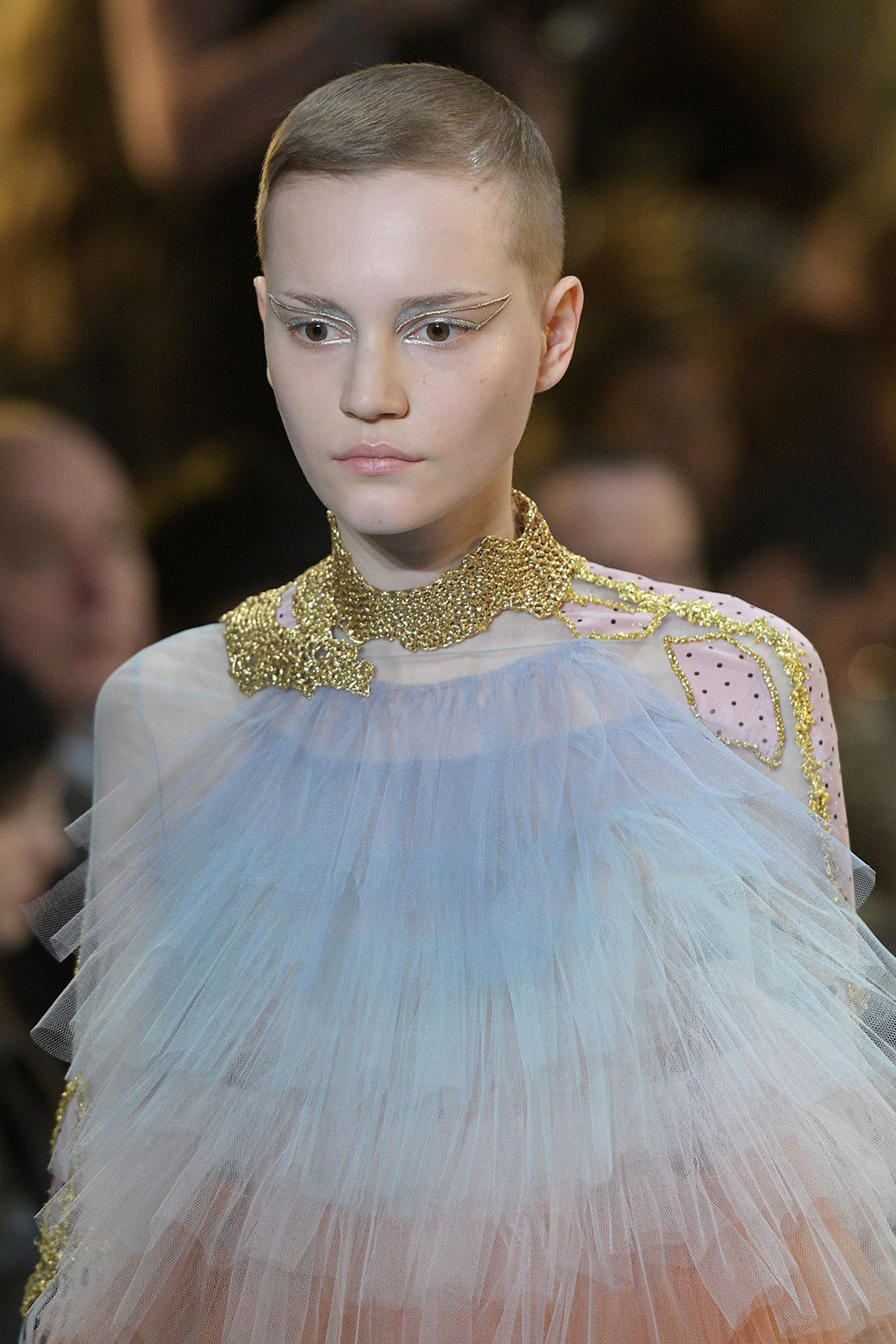