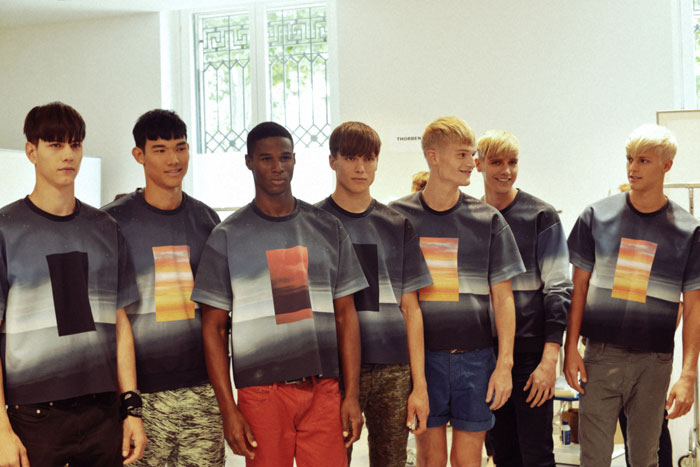 Some designers would take a tenth-anniversary collection as an excuse to rest on their laurels, but not Italo Zucchelli, who over his decade at Calvin Klein has established a clear vision of sharply progressive modernism that constantly pushes the house’s all-American legacy forward. Taking inspiration from the crisp ocean blues and frothy sunset pinks of Fire Island, Zucchelli even took the opportunity to step outside his comfort zone, offering sweatshirts printed with fluffy clouds and starry night skies that were a surprising and successful counterpoint to his usual strong, graphic color-blocking. Working almost entirely with variously rich shades of blue, Zucchelli offered a celebration of the athletic spirit, taking clean classics like baseball jackets and tank tops and updating them with technical fabrics and a smooth sense of proportion, as in Simone Nobili’s varsity jacket, which combined various hues and materials to cohesive effect. Arran Sly’s baby blue biker vest, with contrast shoulders and lapels, was another example of Zucchelli’s trademark sensibility, putting a future-thinking spin on an old favorite. There were also, as always, several characteristically sleek suits, offering vigorous proof that ten years on, Zucchelli’s eye and hand are as sharp as ever. 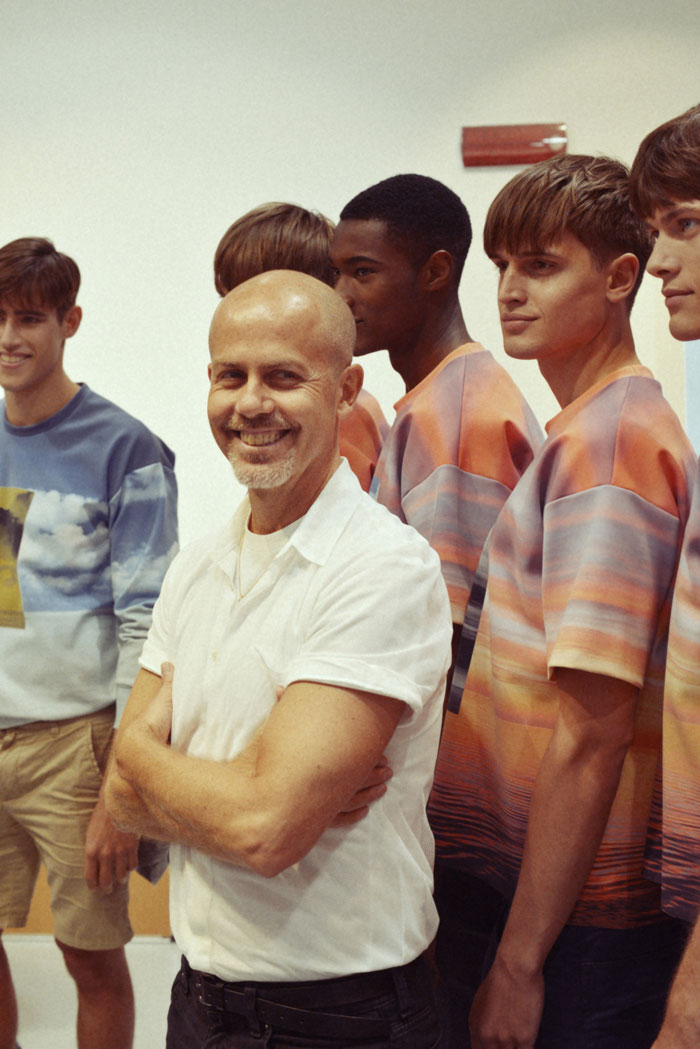 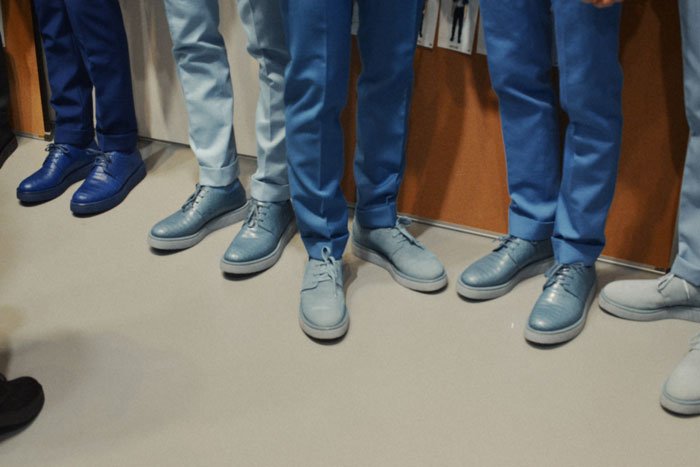 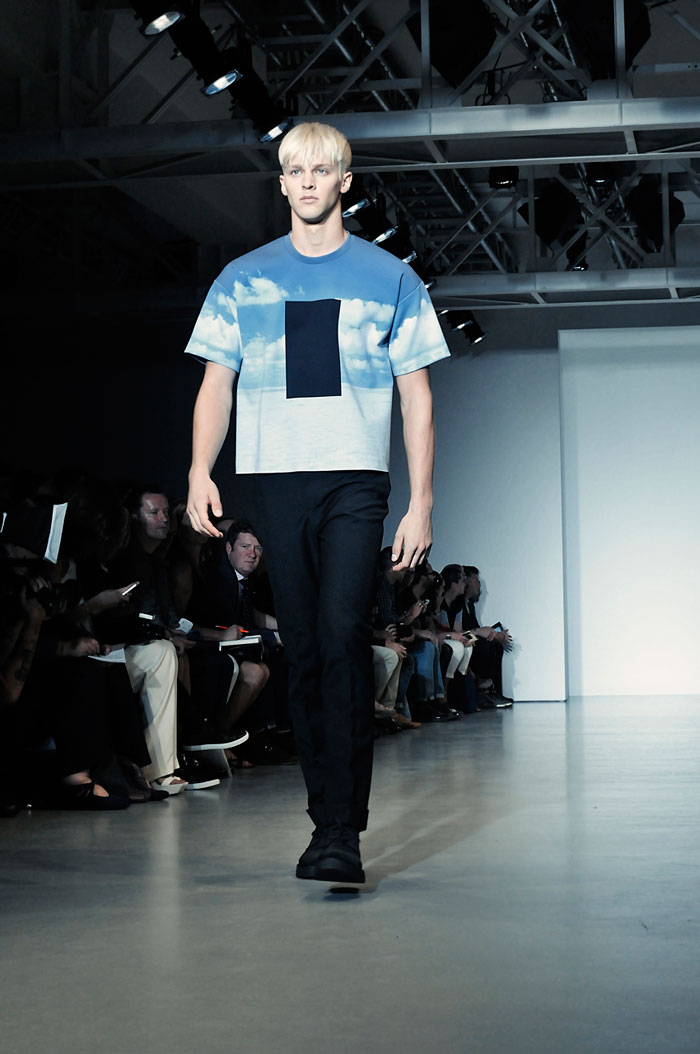 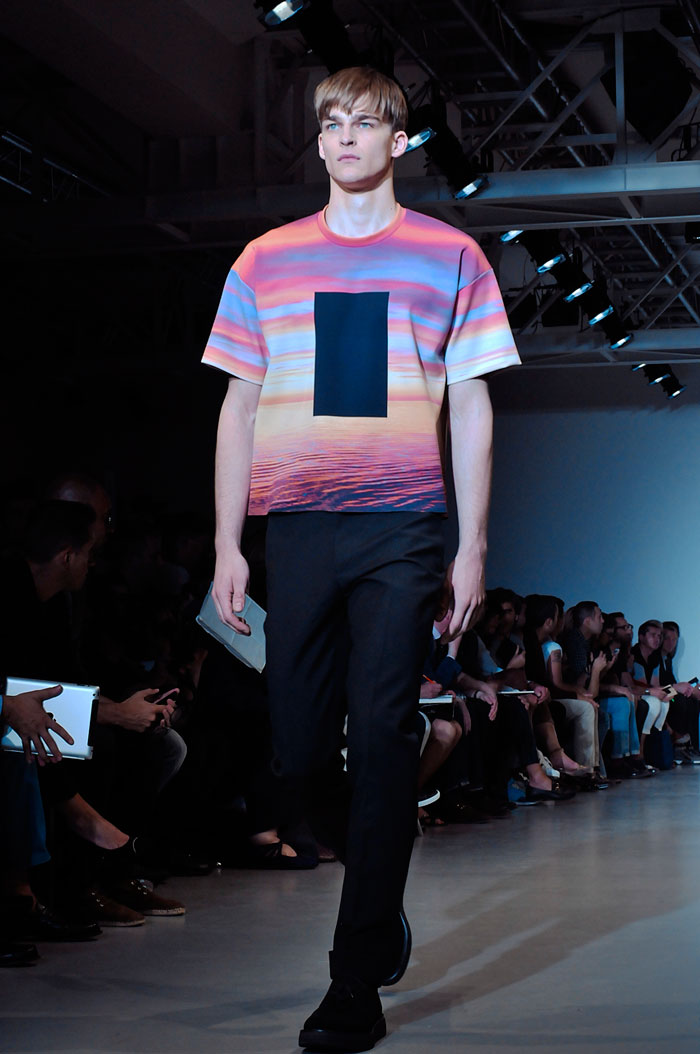 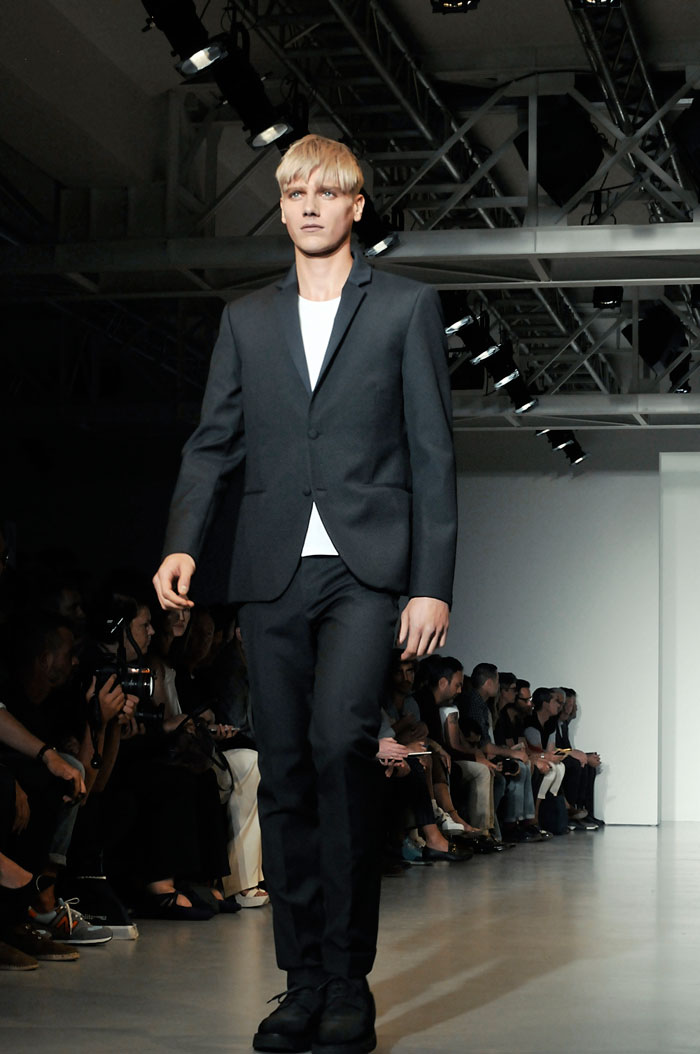 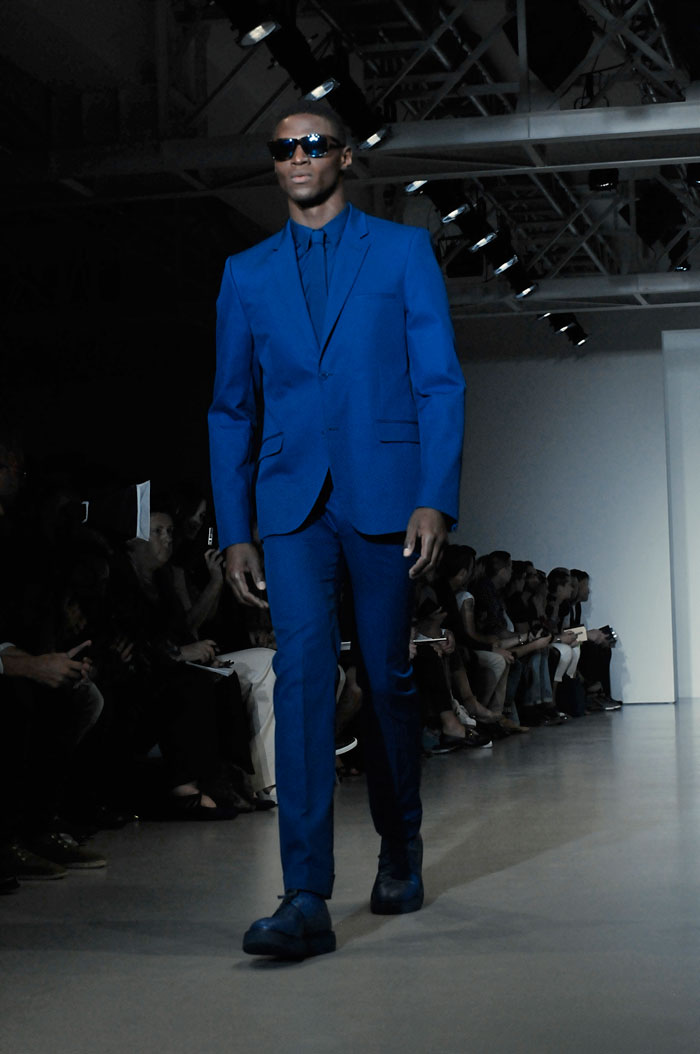 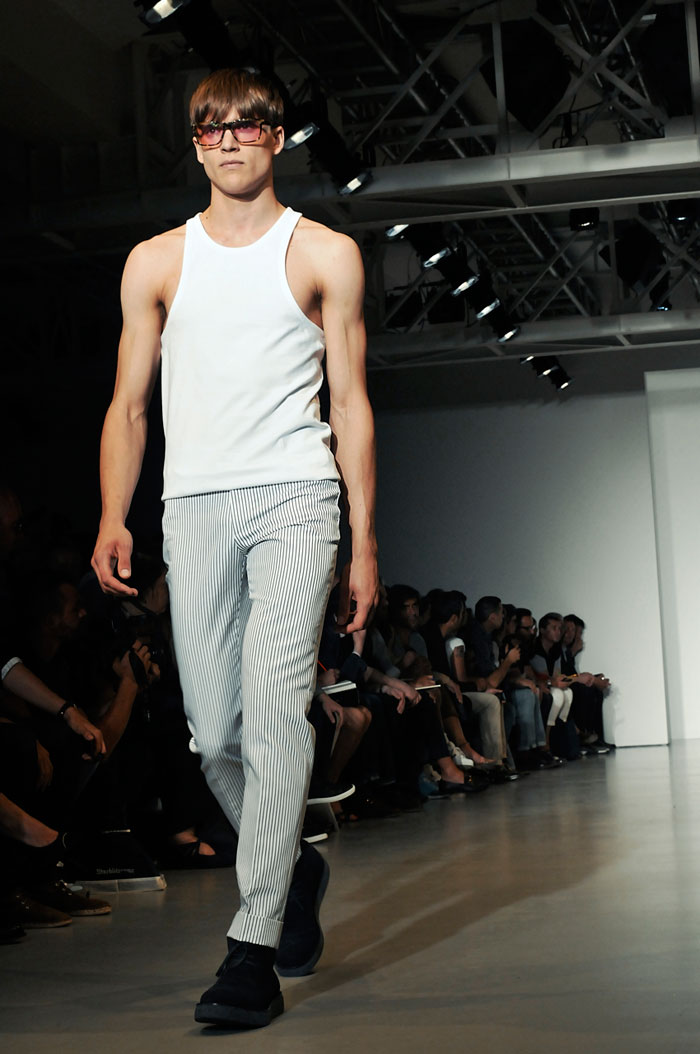 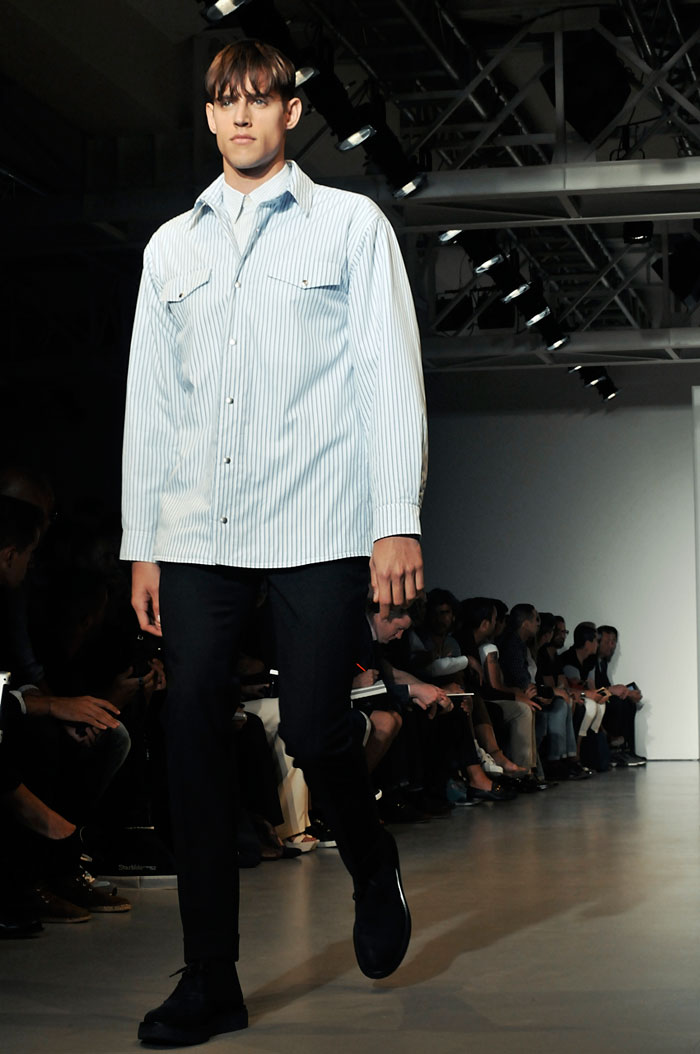 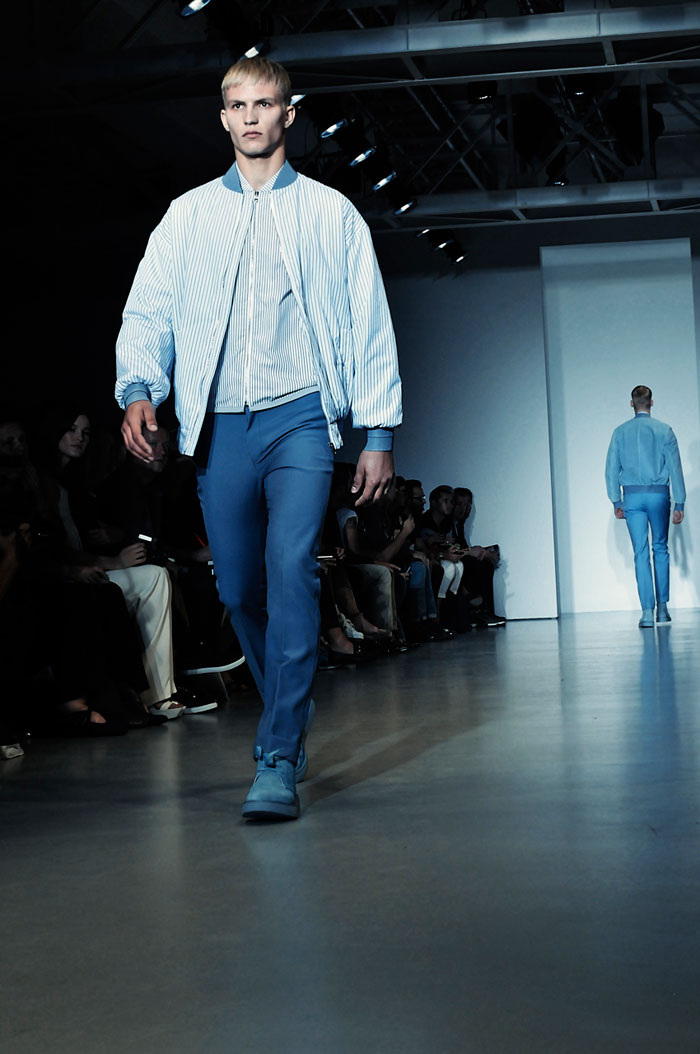 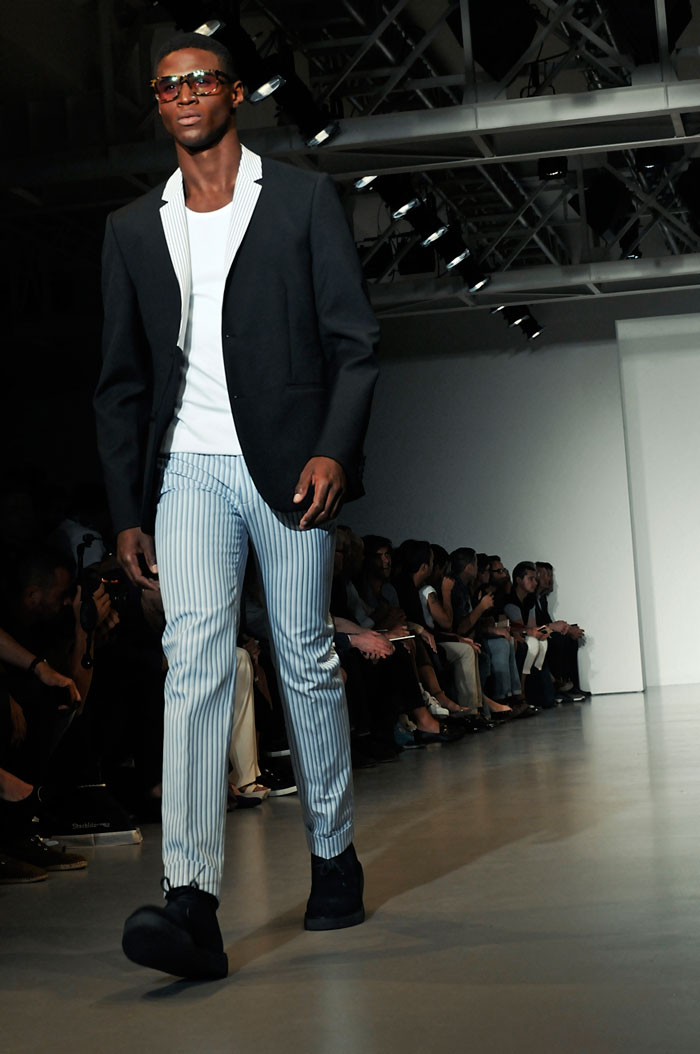 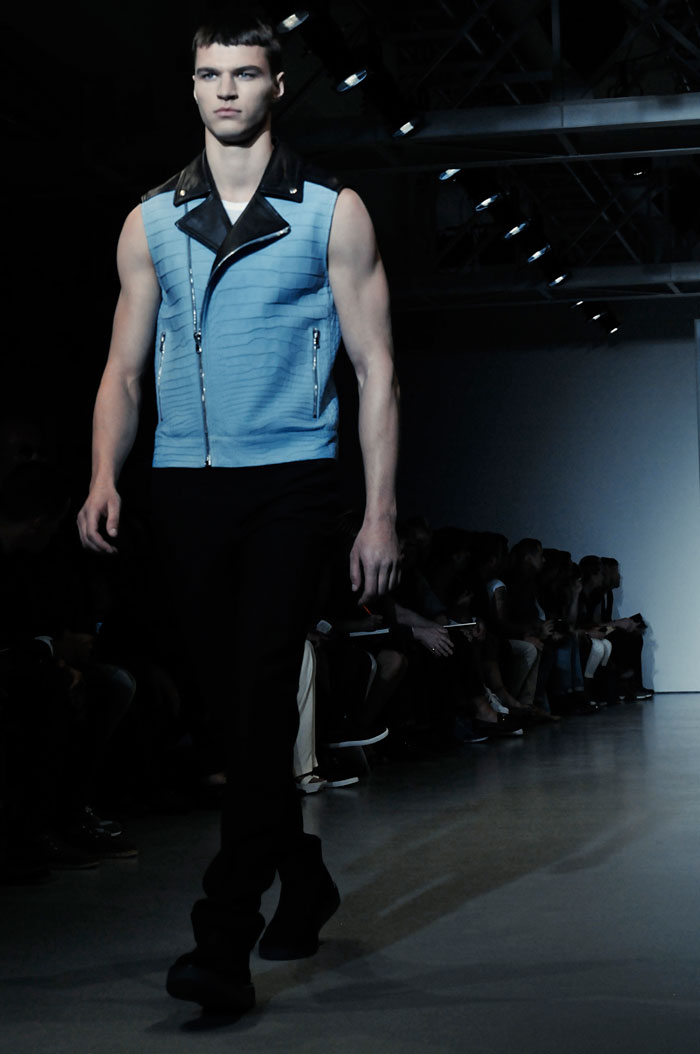 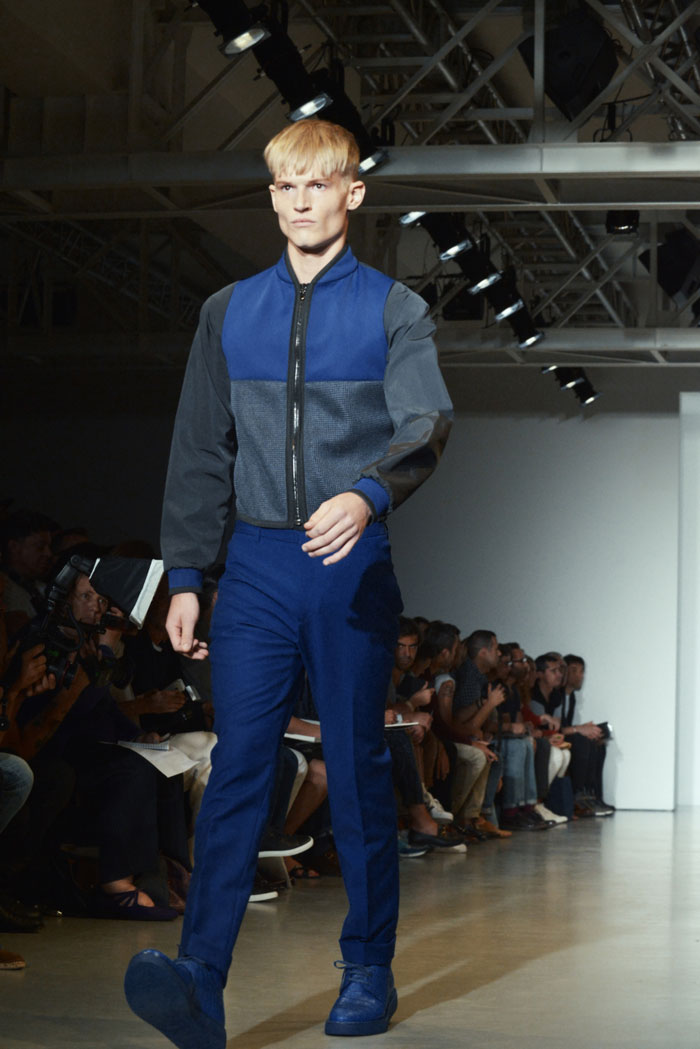 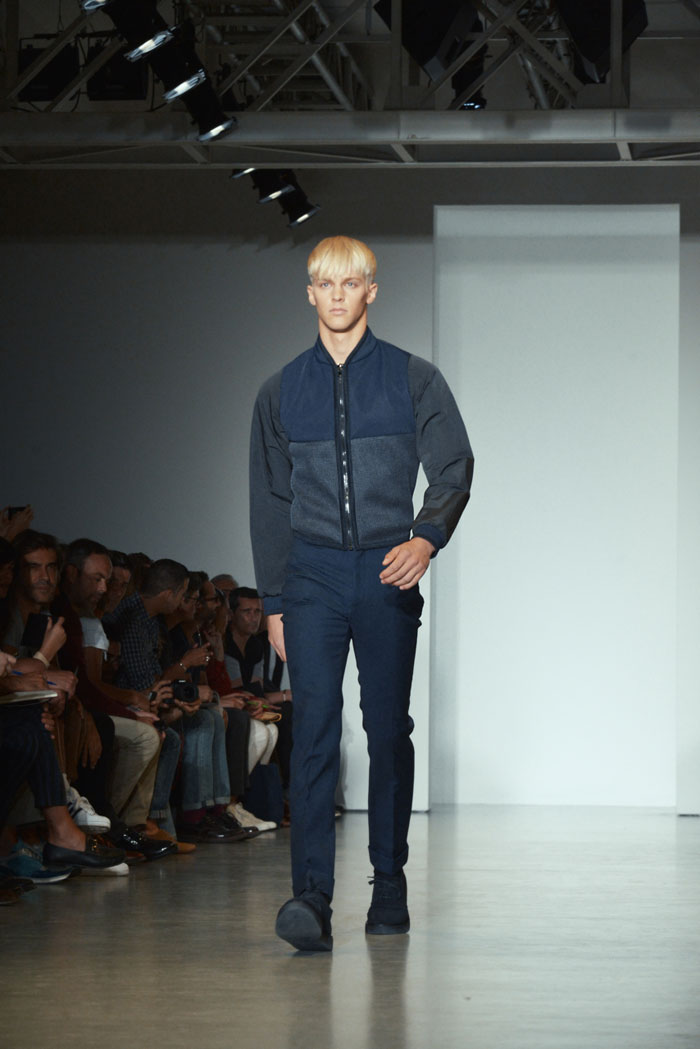 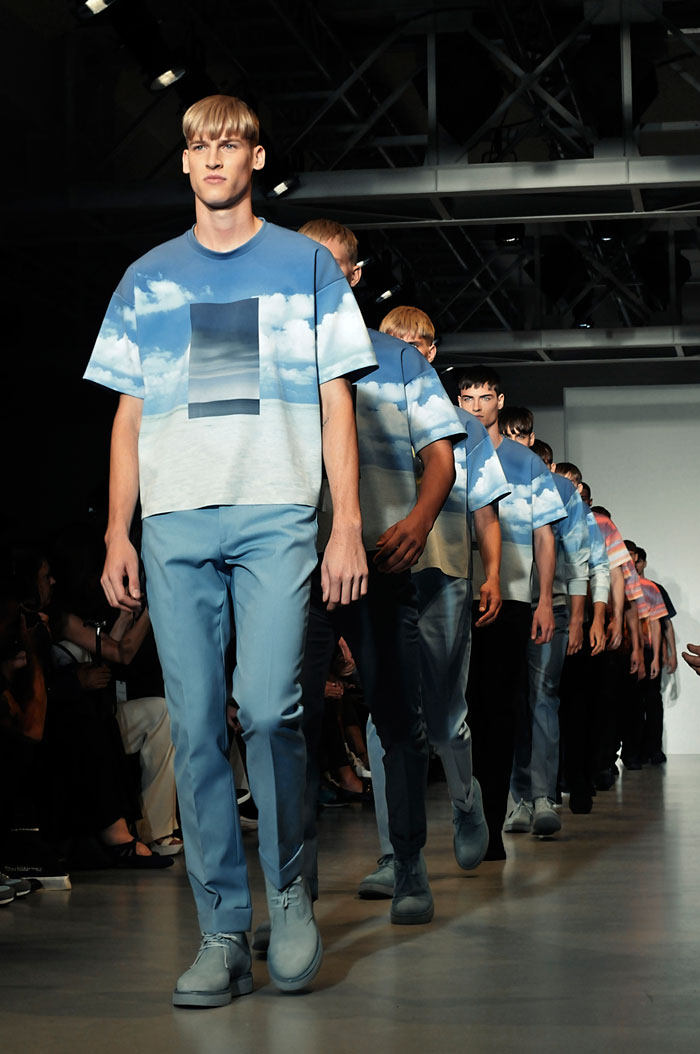 Jacquelyn’s Night for Autism Speaks
NEXT