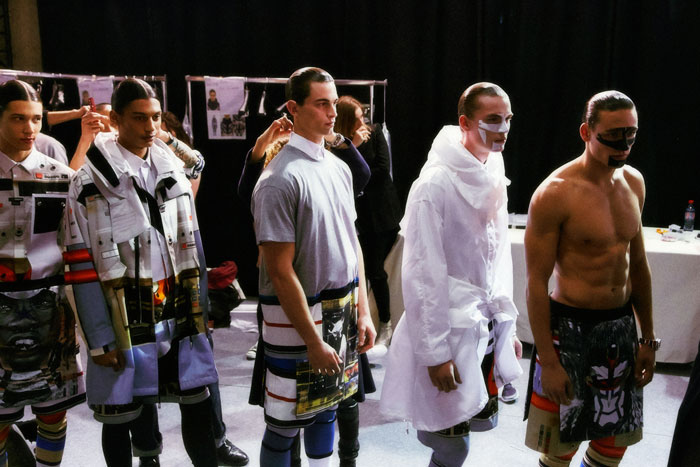 For Spring 2014, Givenchy‘s Riccardo Tisci tossed aside his favorite idées fixes and went in a new and inspired direction, pulling together an old-fashioned sort of futurism with tribal-warrior face paint in a show that was provocative and profound. Tisci has always been known for a kind of postmodern sportswear, collecting variegated imagery—say, aggressively snarling dogs, or perhaps intricately intertwined birds of paradise—and mashing them together in a way that, in less-able hands, would be unavoidably messy. The story this season was the bursting prints of Eighties-era circuity and tape decks, which took on a beautiful abstraction as they jostled their way across the sharp shapes of the overcoats, leggings, and tank tops. The show’s second half, in contrast, had a clean austerity, with Tisci’s classic silhouette—here, sweatshirt and loose shorts over leggings and sandals—crossed in graphic multicolored stripes that had a rich vibrancy. There was a feeling of fresh energy in the show, marking a departure from the stark darkness that infused some of Tisci’s recent collections, and—given the undeniable trickle-down effect of his designs—offering a convincing vision for what we’ll be wearing next year. 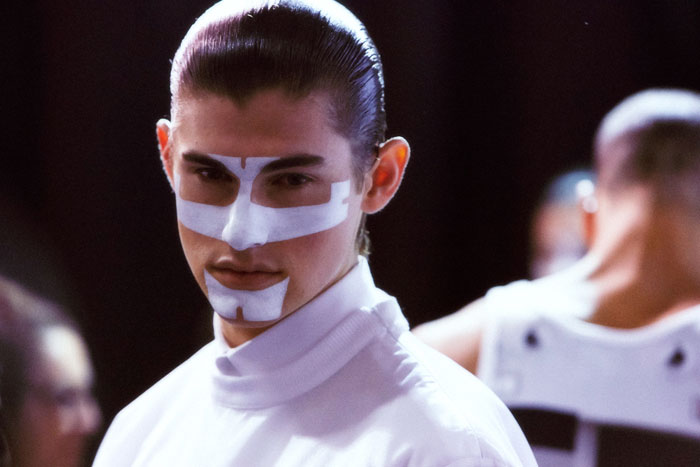 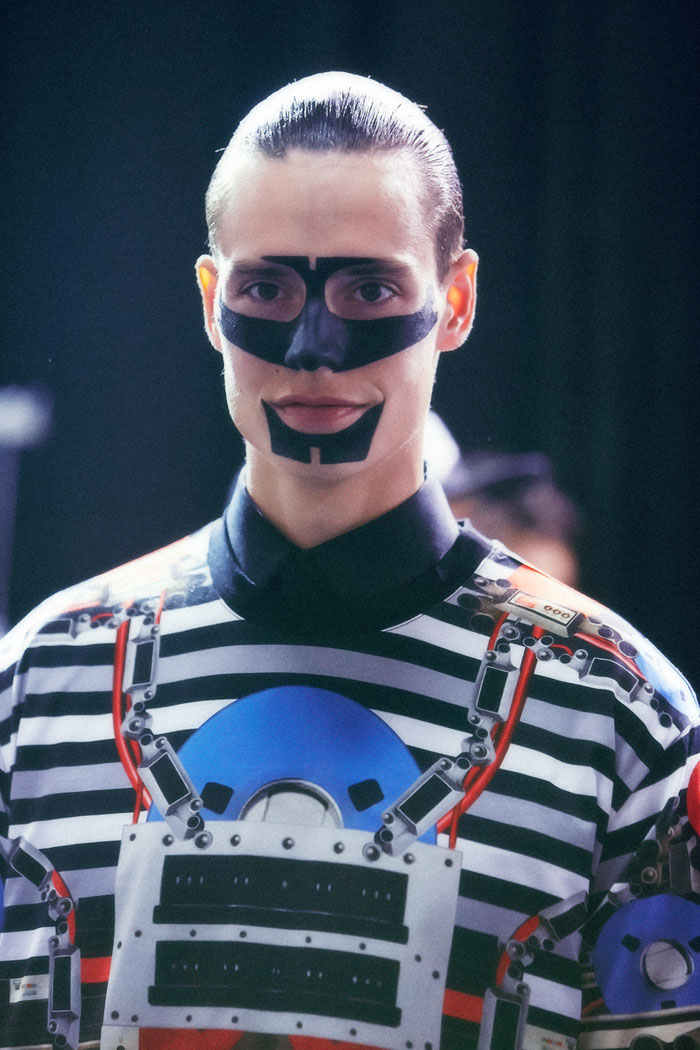 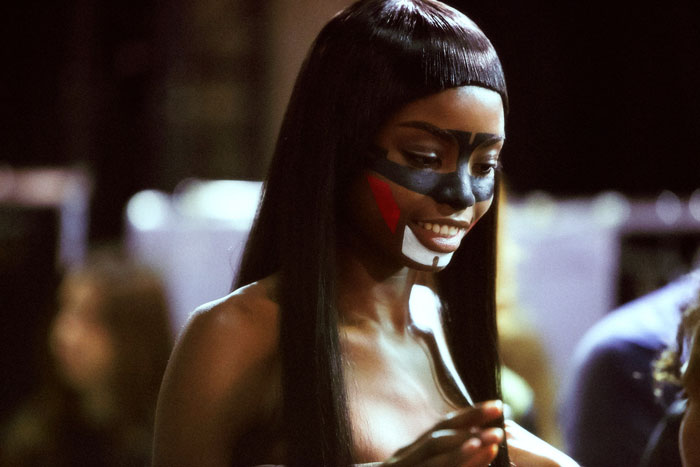 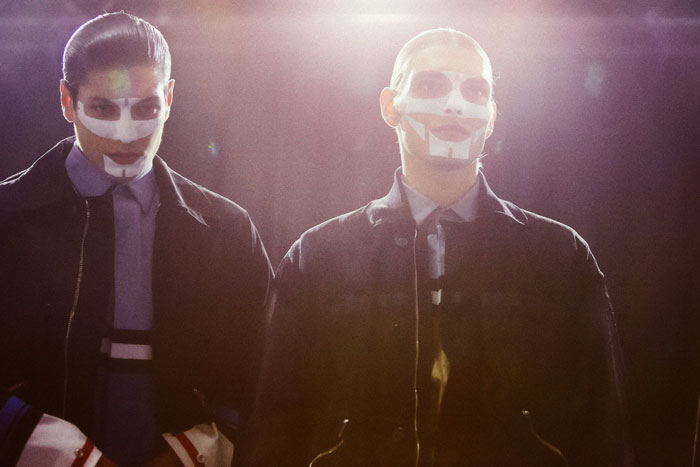 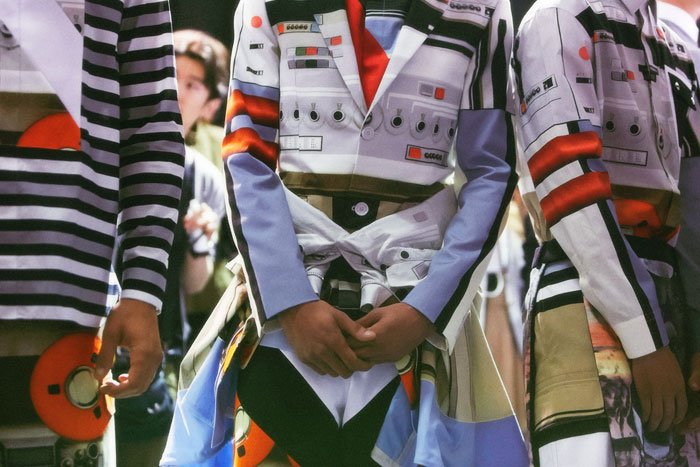 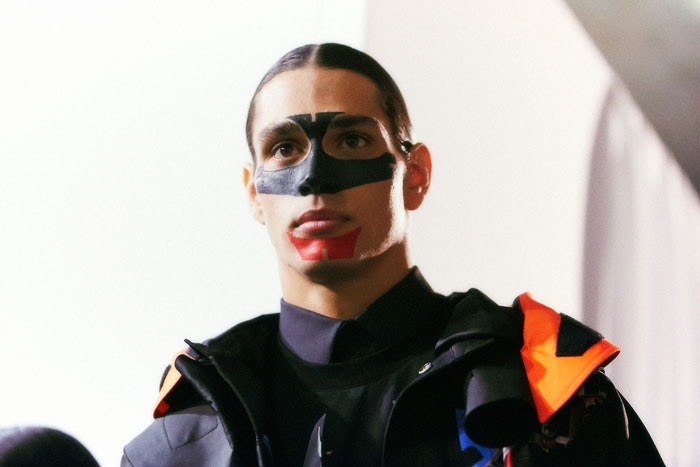 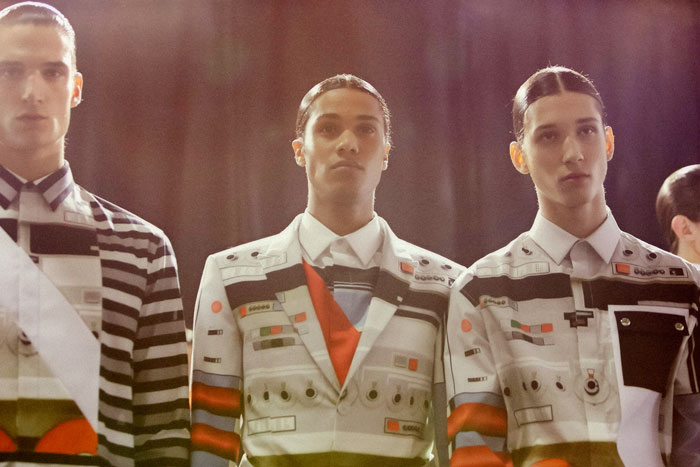 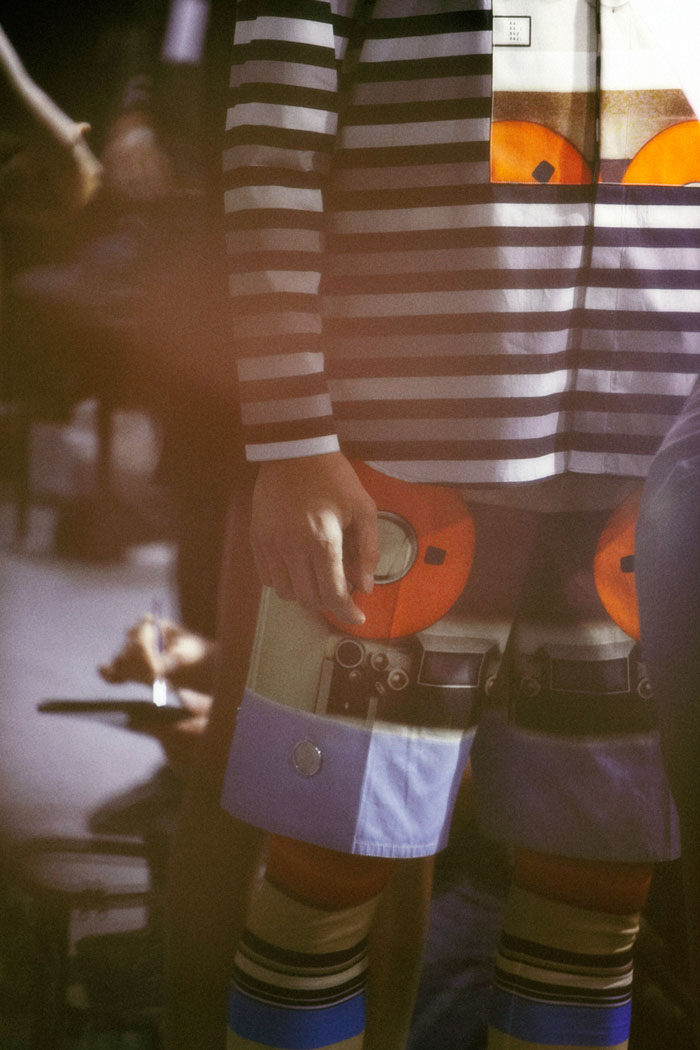 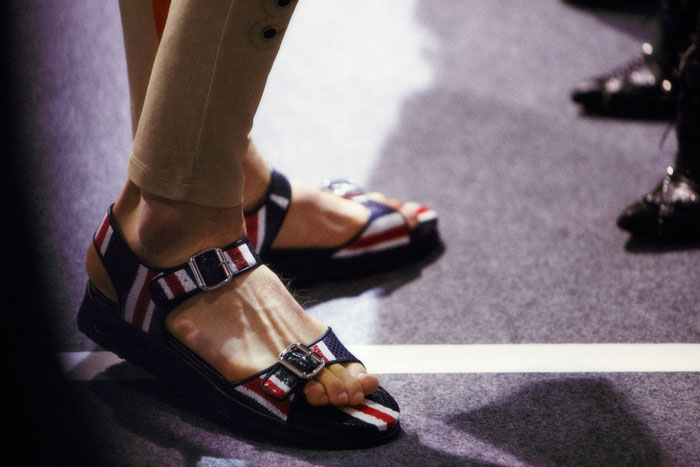 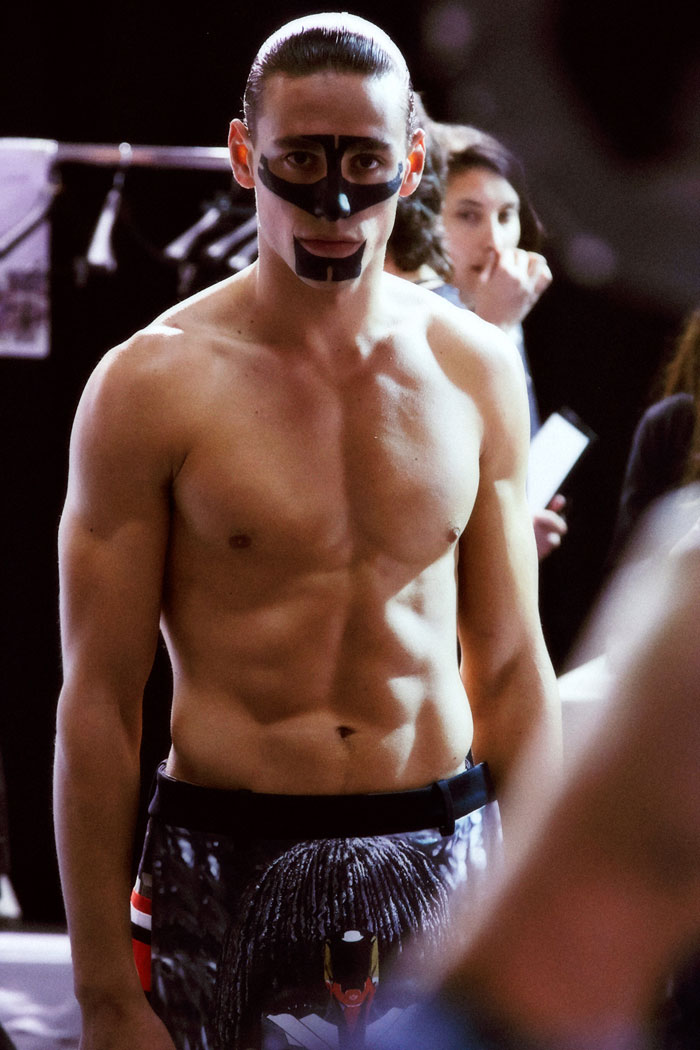 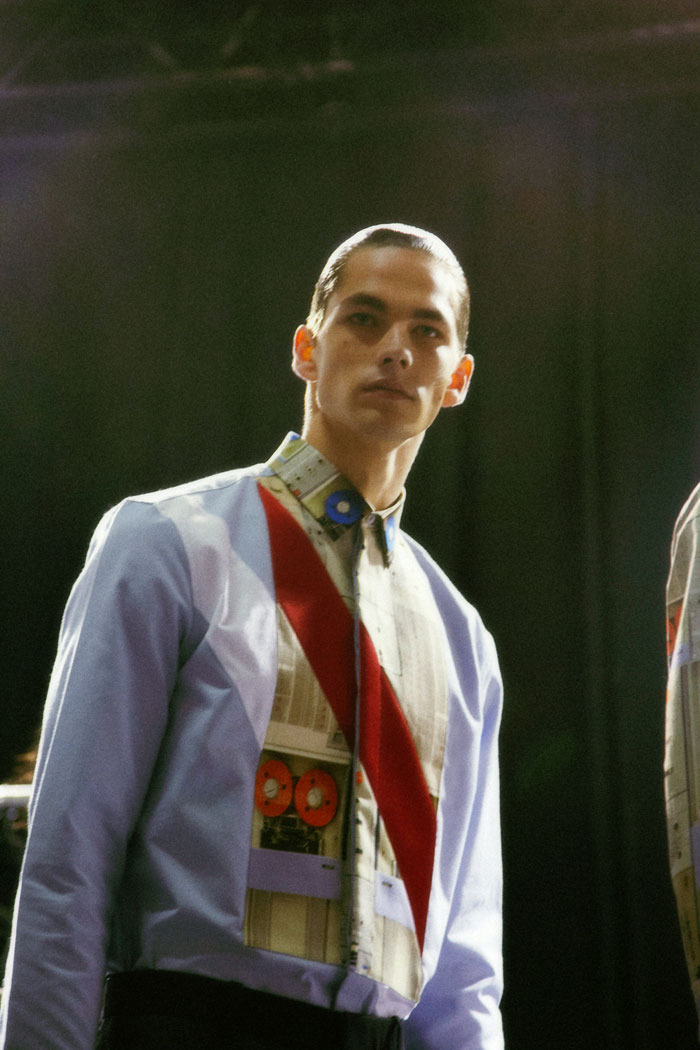 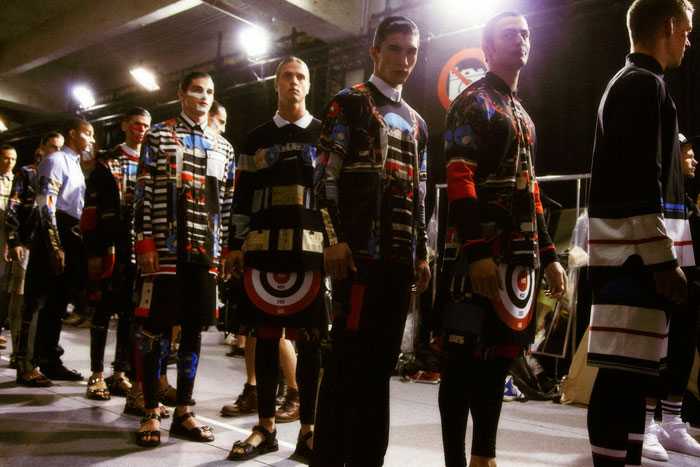