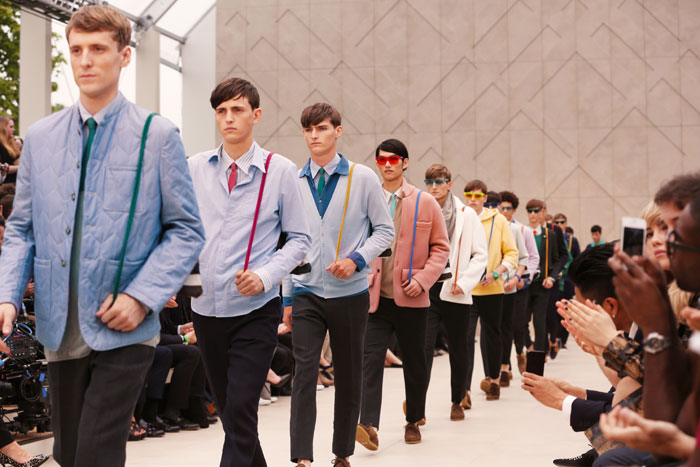 Burberry — easily the most recognizably British brand around—staged a hearty homecoming on Tuesday, joining the London Collections: Men line-up after years of showing in Milan, offering a resounding stamp of approval for the year-old fashion week. Always a celebration of British heritage, Burberry sent out a vibrant Spring 2014 Prorsum collection that zeroed in on the nation’s rich cultural and intellectual heritage, specifically, designer Christopher Bailey pointed out, the writer Alan Bennett and the painter David Hockney. The result was a brilliant and glorious series of soft striped pullovers, skinny artist’s ties, and relaxed knitwear with the heft and structure of outerwear, all set against the backdrop of Hyde Park’s towering trees. Working with a youthful palette of vigorous brights, Bailey brought a fresh-faced innocence to a sturdy and cohesive collection that felt inherently British—think Oxbridge students in the Swinging Sixties—without resorting to tired tropes. Unsurprisingly for a brand best-known for its trenches, there were several standout coats, from Rutger Schoone’s soft brown silk caban to the primary-colored cagoules and sou’westers that closed the show. There was a summery ease to the relaxed sportswear, like Karl Morrall’s raw silk artist jacket in the rich cerulean of a Hockney pool painting, with just the right amount of British quirk and insouciance in the loud deck shoes. Most of the looks were accessorized with very desirable slouchy leather duffles, again in bright hues that popped against the gray British sky. Coming from a place clearly very close to Bailey’s heart, it was an assured and inspired collection that proved that there really is no place like home. 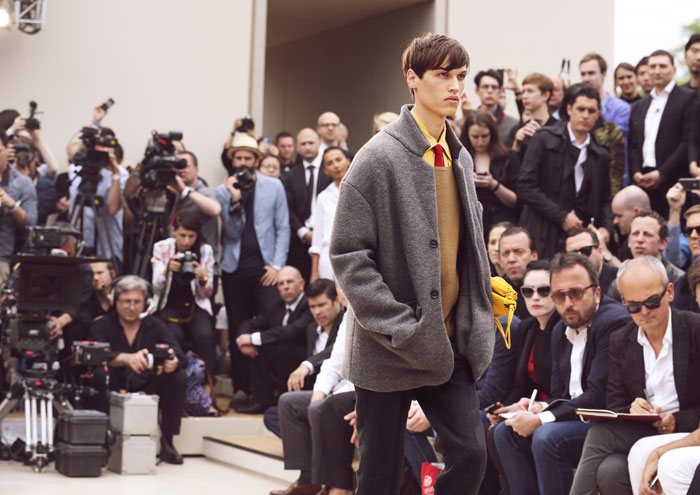 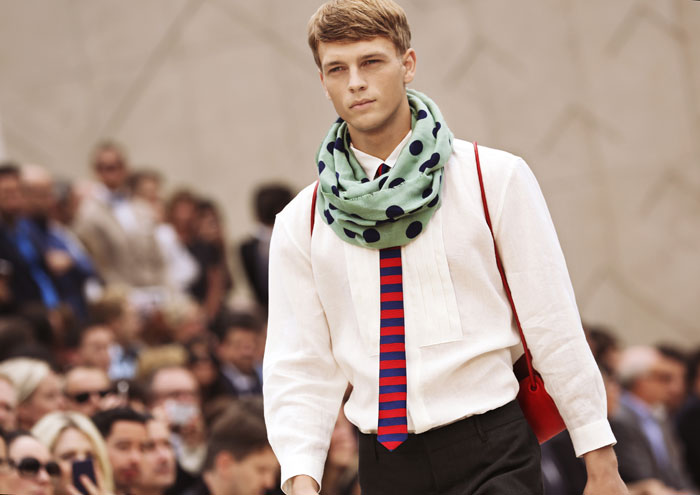 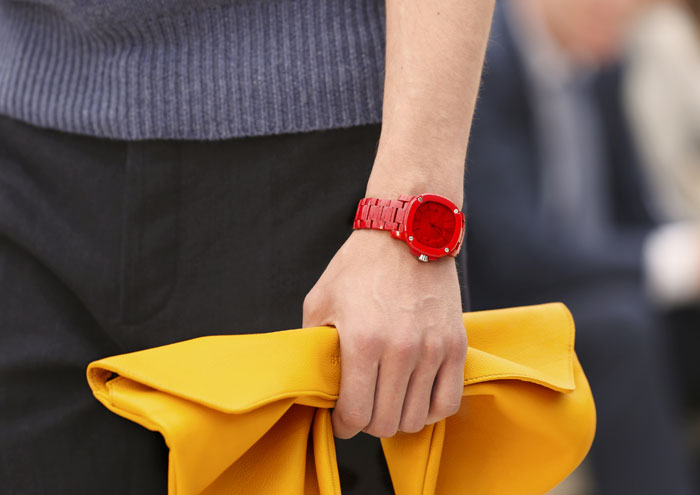 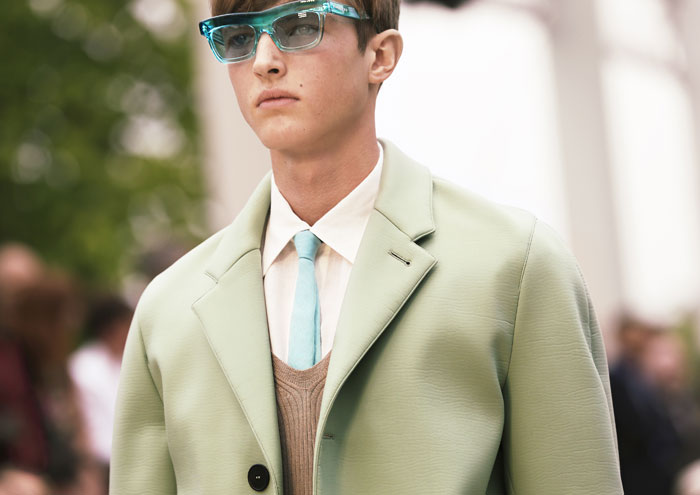 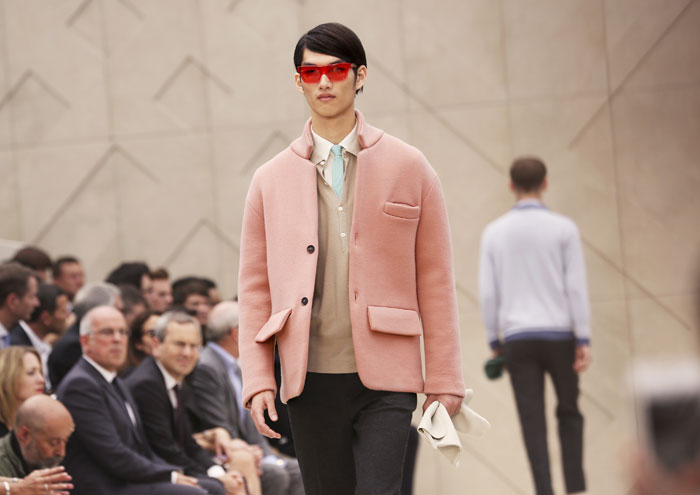 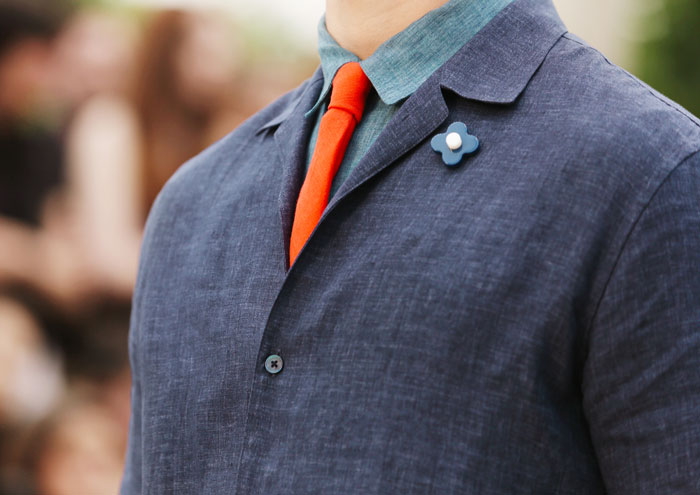 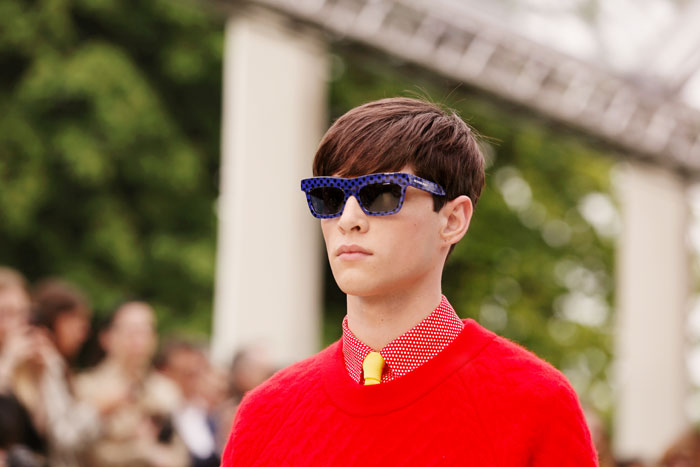 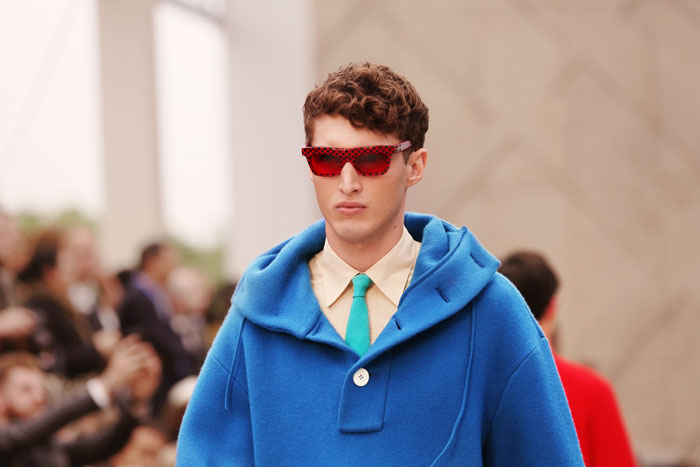 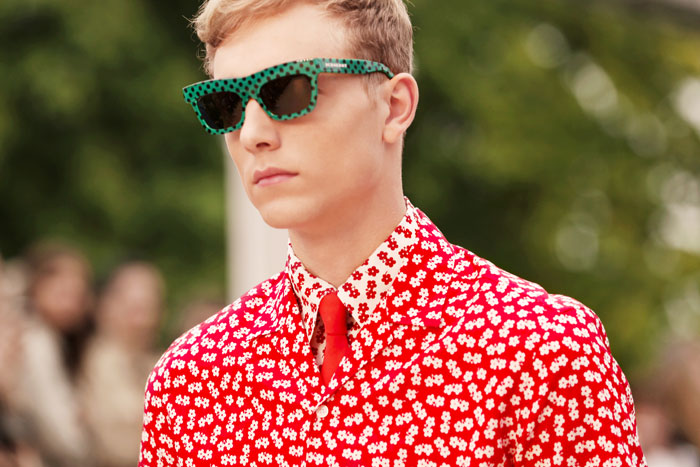 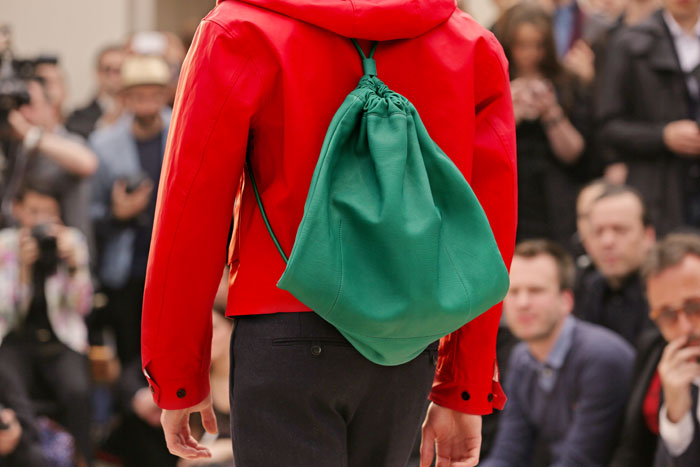 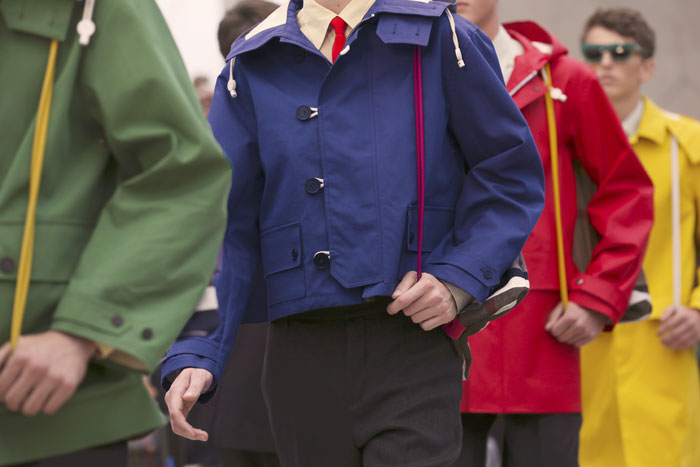 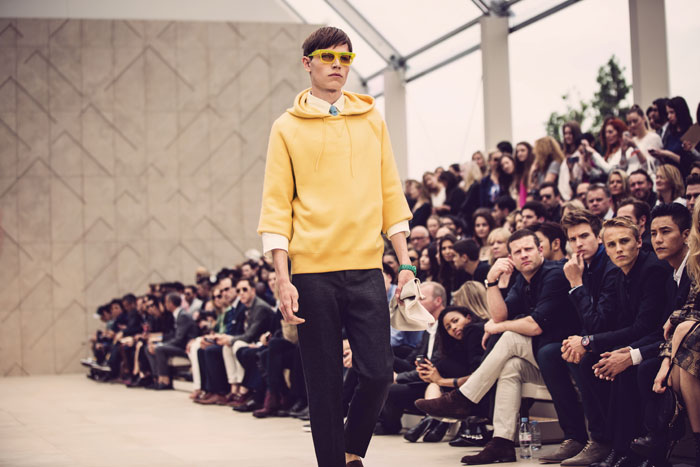 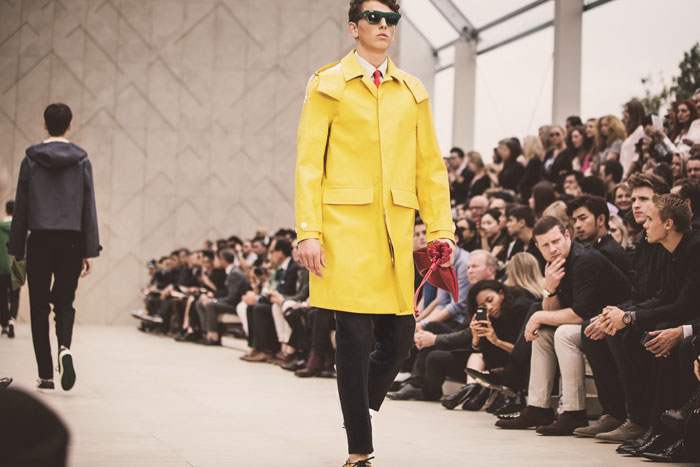 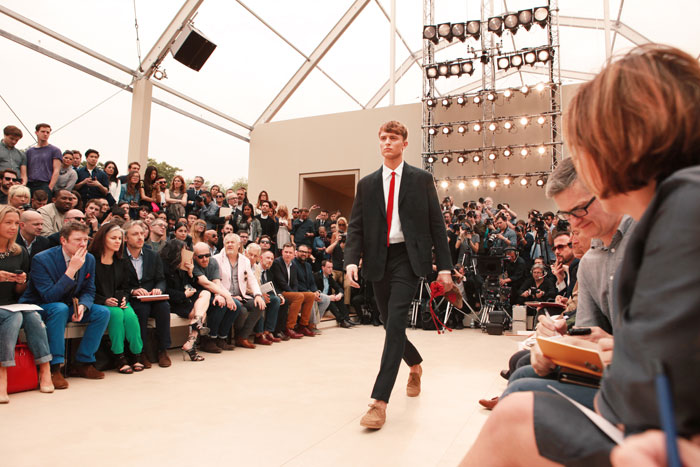