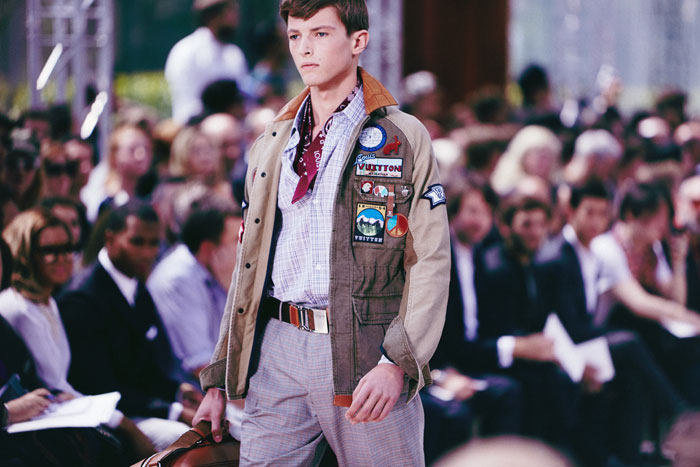 Michael Stipe was on the runway and the front row at the Louis Vuitton Spring 2014 show on Thursday, as Kim Jones delivered a pristine collection celebrating the American spirit. Working from the starting point of a cross-country road trip, Jones pulled from a wealth of cultural references, re-envisioning a wide range of all-American idols through the prism of the house’s luxurious, refined legacy. There was an overall Sixties-prep feel to the looks, with their looser cuts and swinging shapes, and the gorgeous multi-colored checks that criss-crossed the sharp suit jackets and shorts. Jones also approached the idea of the United States from a young, more active perspective, as in Malcolm de Ruiter’s parka, covered with Boy Scout patches and finished off with a kerchief and a wooden clothes pin attached to his lapel. Even the oversized travel bags took on an outdoorsy air, with metal drinking cups and harmonicas dangling from their buckles. The idea was refined classics, from Anders Hayward’s denim jacket, reconstituted in soft suede, to Ben Allen’s shimmering silk varsity jacket. Ian Sharp opened the final section of evening wear, a series of “prom” looks accessorized by delicate “corsages” intricately crafted from feathers, another example of Jones’ focused attention to details. As Marc Jacobs sang along to “The One I Love,” Andrew Westermann closed in a cocktail jacket woven with mother-of-pearl, carrying a rumored retail price of well over a hundred thousand euros. Jones, it was clear, has come a long way since the urban sportswear he showed less than a decade ago for his own line, but he has managed to maintain his individualistic, youthful edge, even at the helm of one of the world’s biggest luxury brands.

Text by Jonathan Shia
Images by Lea Colombo for Models.com 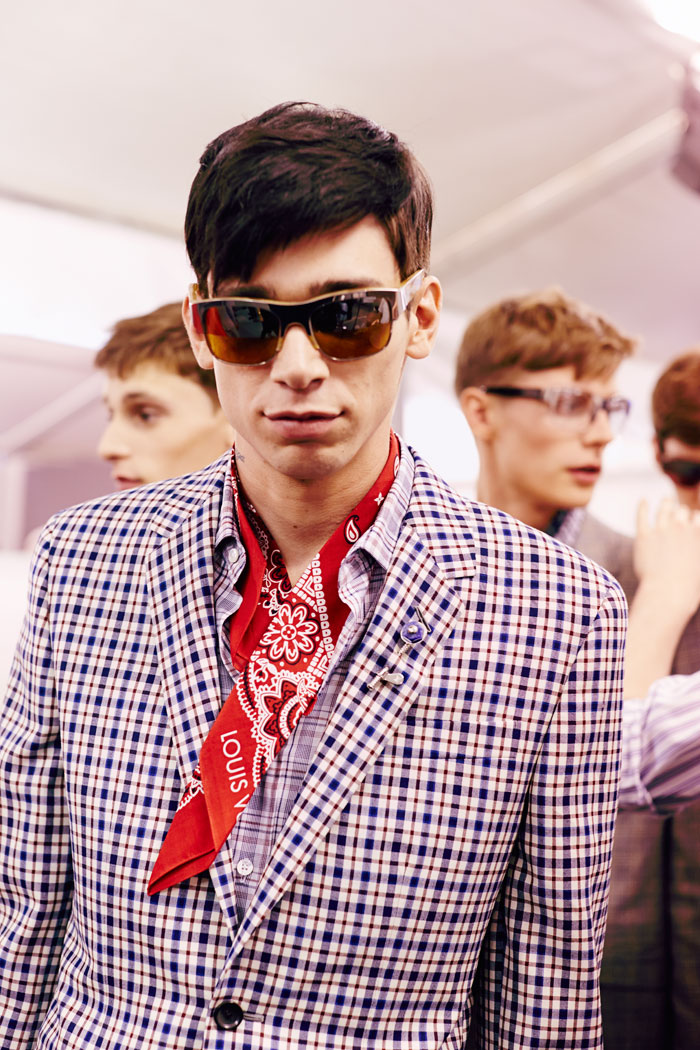 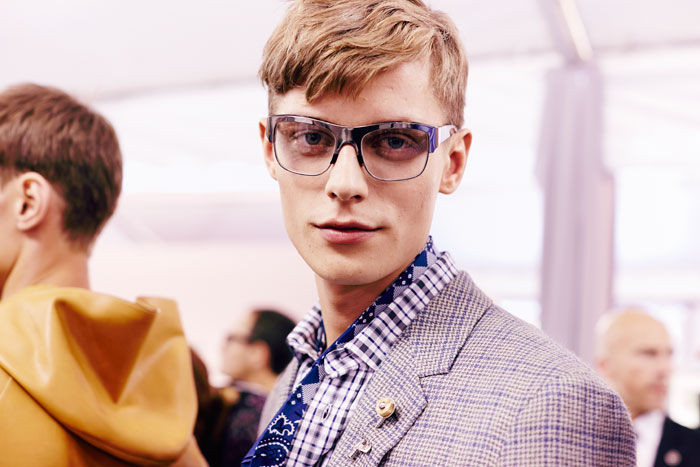 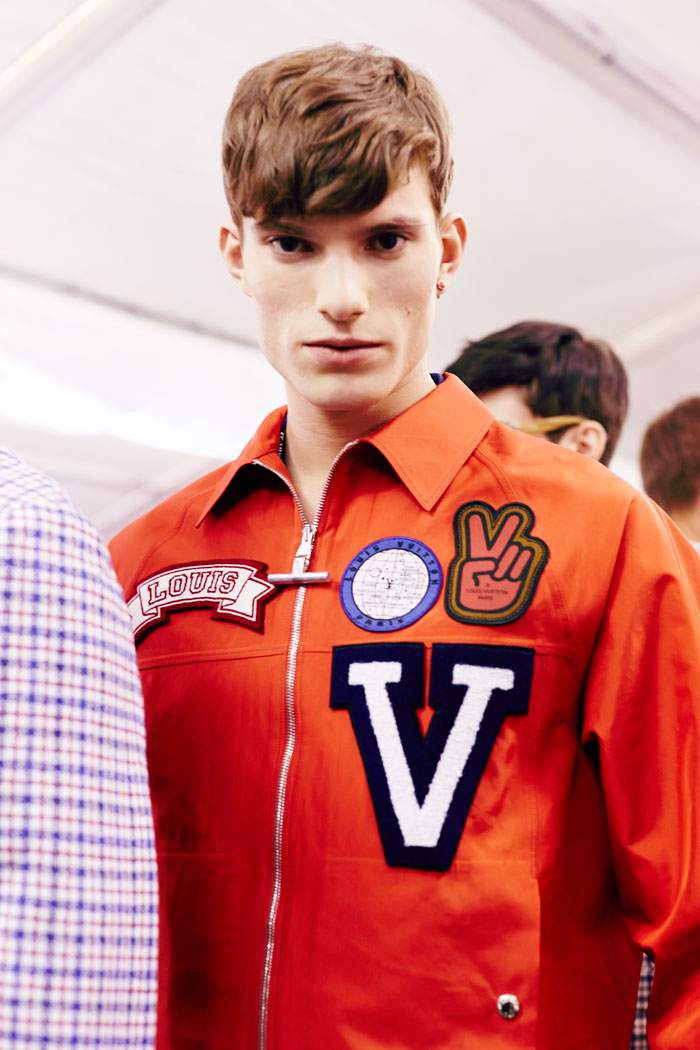 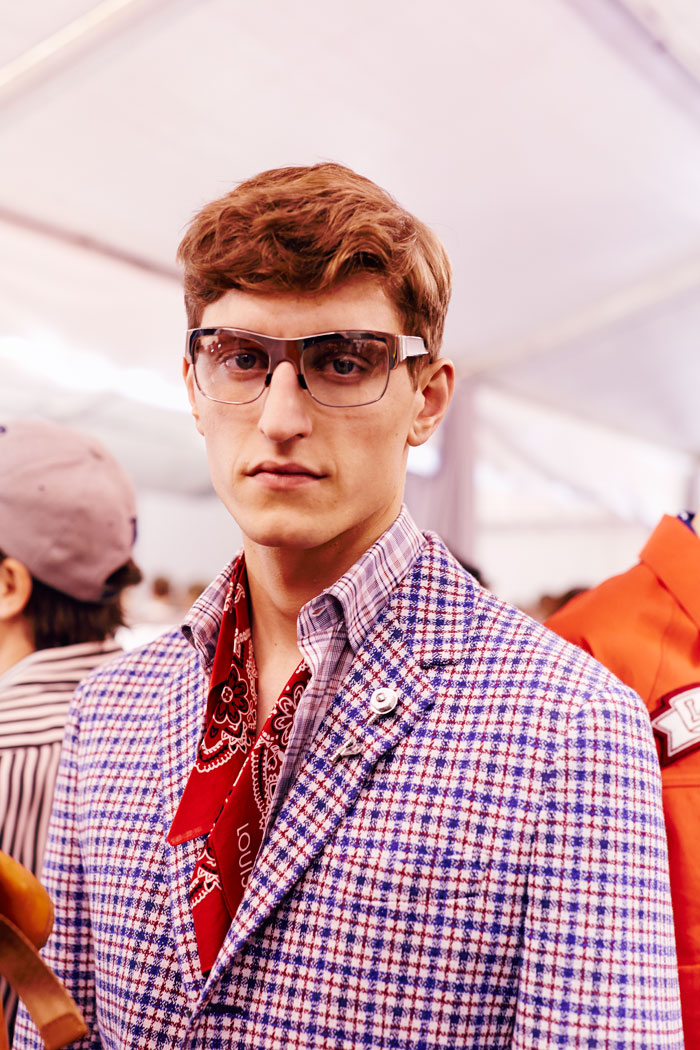 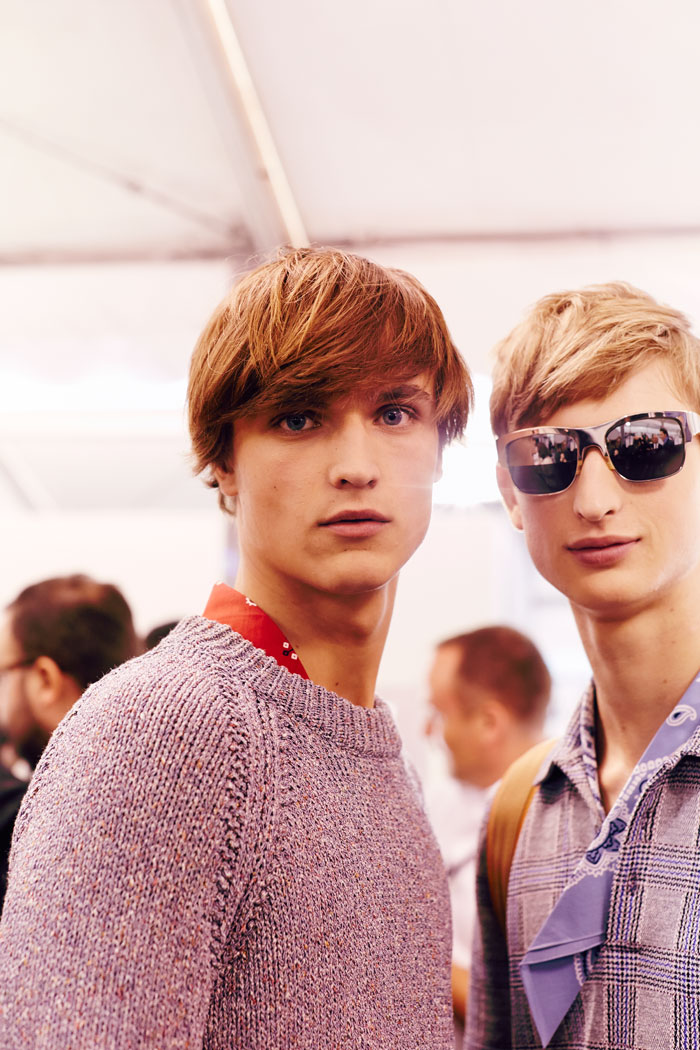 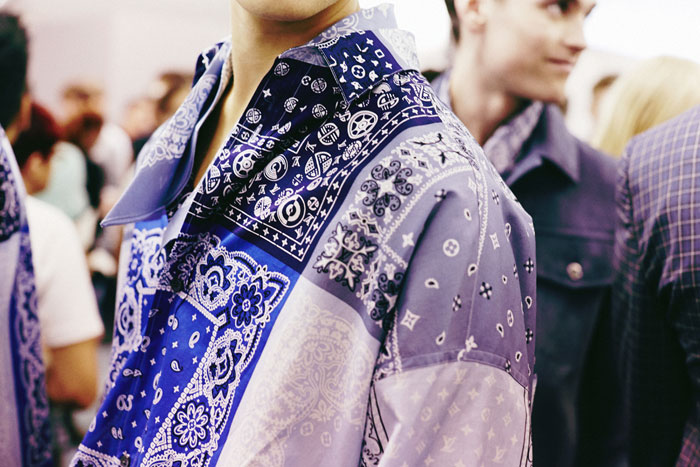 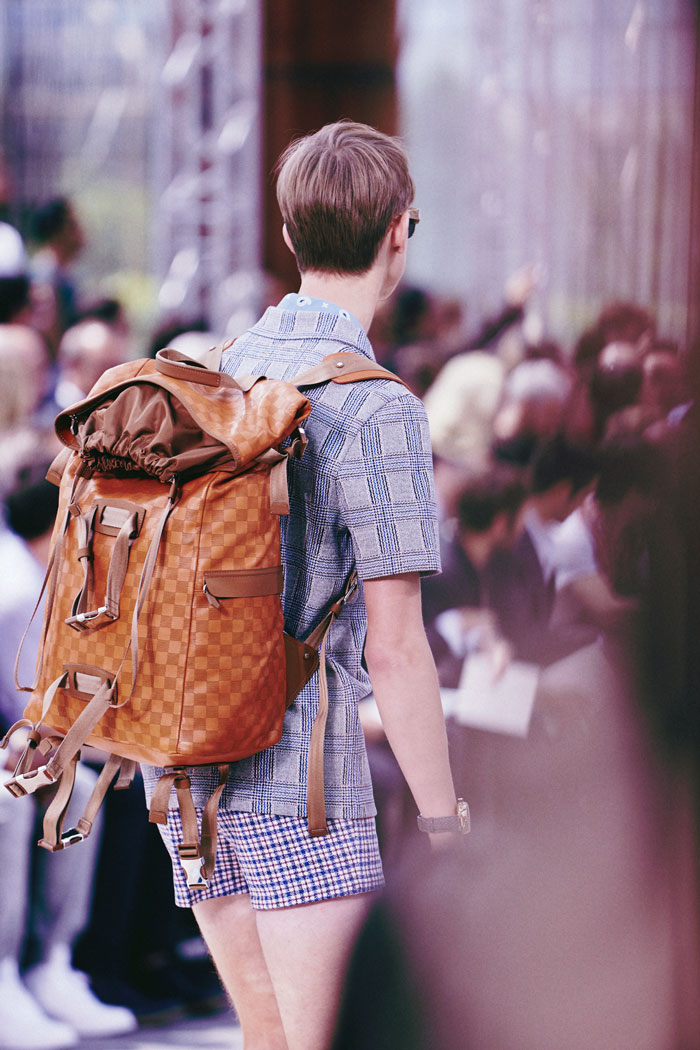 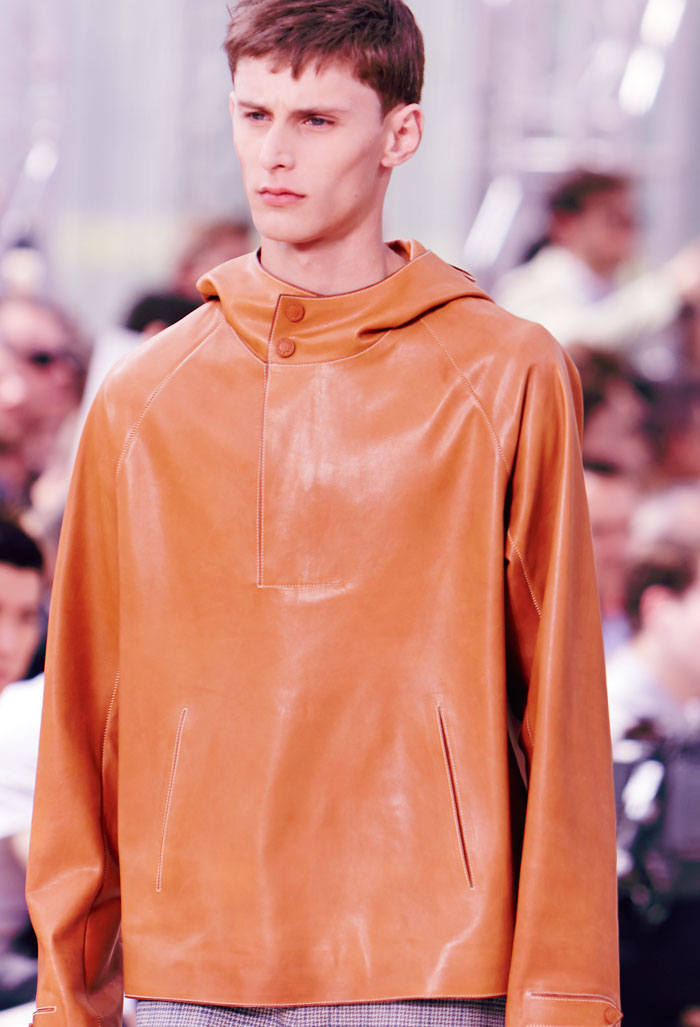 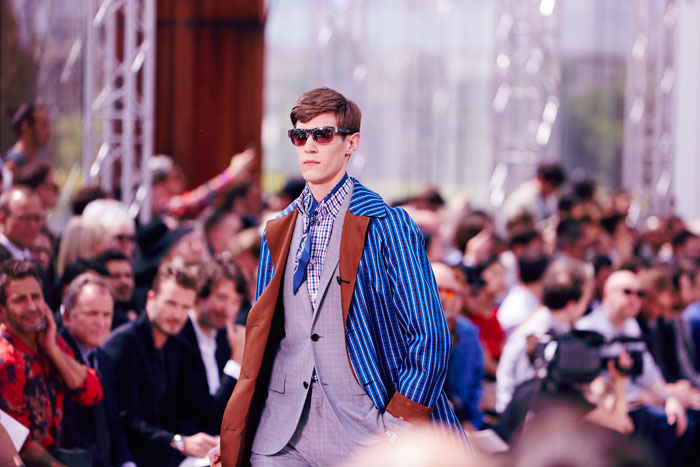 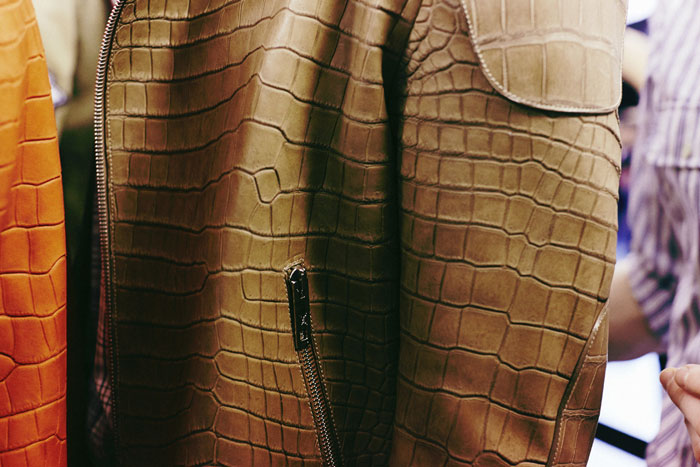 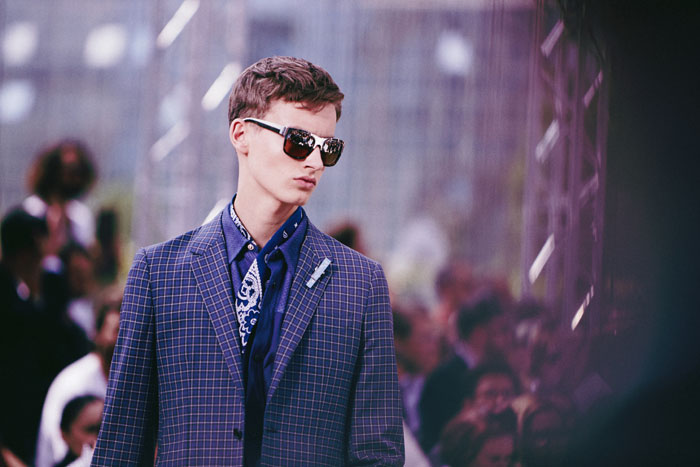 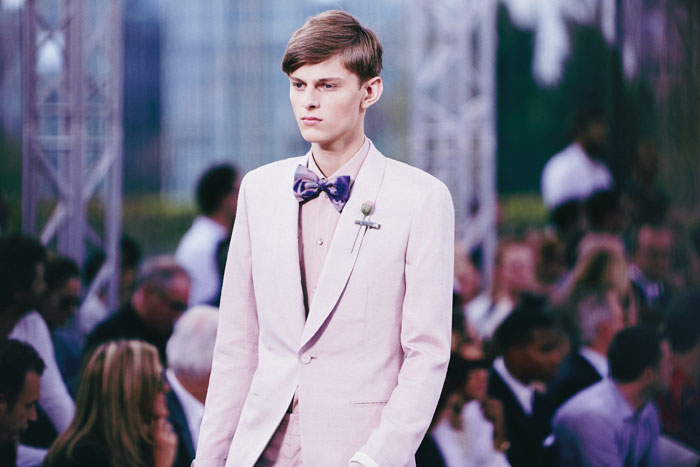