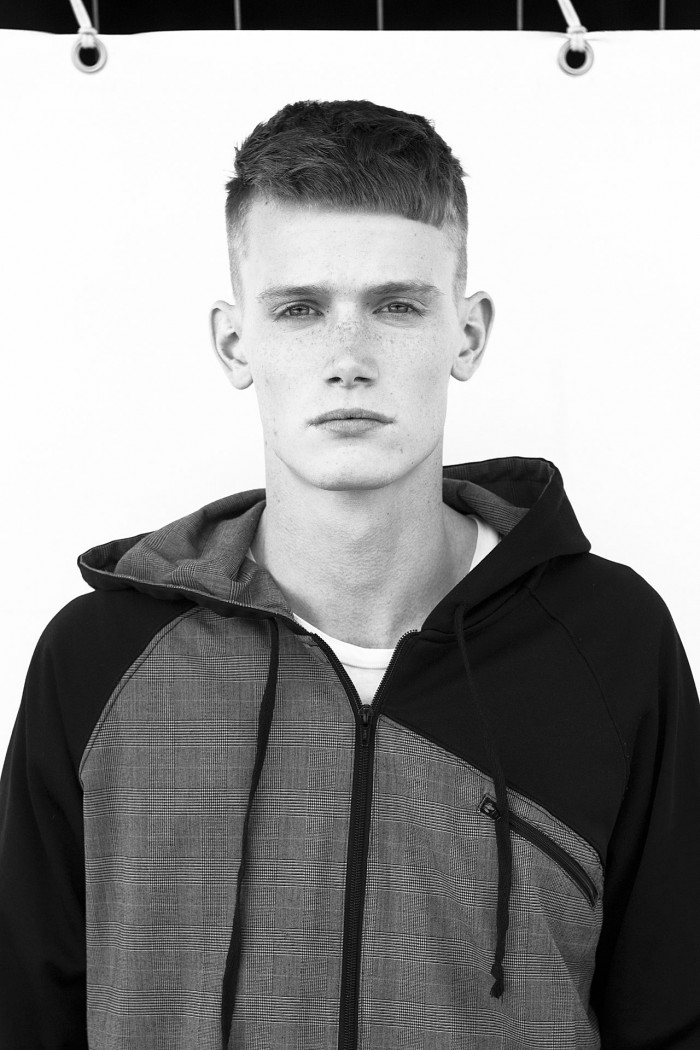 Every season sees a crop of Newcomers, but sometimes there’s one that really stands out from the crowd. The charming, soft-spoken Canadian Malcolm De Ruiter got his start just a few months ago, and in that short time has already racked up a slew of upcoming editorials, topped off by a stellar début show season including Topman, Valentino, Jil Sander, Burberry, Louis Vuitton, Dior Homme, and Lanvin. Malcolm spoke with Models.com at the end of Paris Fashion Week about his own photography, his favorite books, and looking forward to New York.

MDC: How did you get started modeling?

Malcolm: I started four months ago. I was doing photography before and got scouted that way. One of my friends in the program, Steven Domjancic, had a picture of me in his portfolio and he went to an agency and the agent looked at the picture and asked if I was signed. That was about it.

MDC: What kind of photography were you doing?

Malcolm: The photography I was doing before was more nature, landscape sort of things. I don’t really like doing portraiture or commercial stuff or anything like that.

MDC: This is your first time in Europe. Which has been your favorite city so far?

Malcolm: Paris probably. I know the language a little better than I do Italian, and the métro here is a lot better than it is in London. London’s also really spread-out compared to here. It’s nice being in Paris, there’s a lot of cool things to do here, even if I haven’t really had a chance to see any of them. I was too busy! I really wanted to see the museums here, visit the Louvre, maybe do some shopping. It would have been nice to just go to a park and chill out and read a book, something more relaxing. 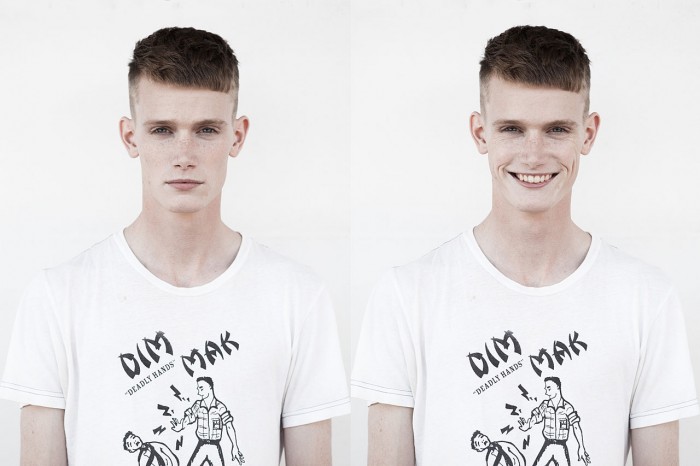 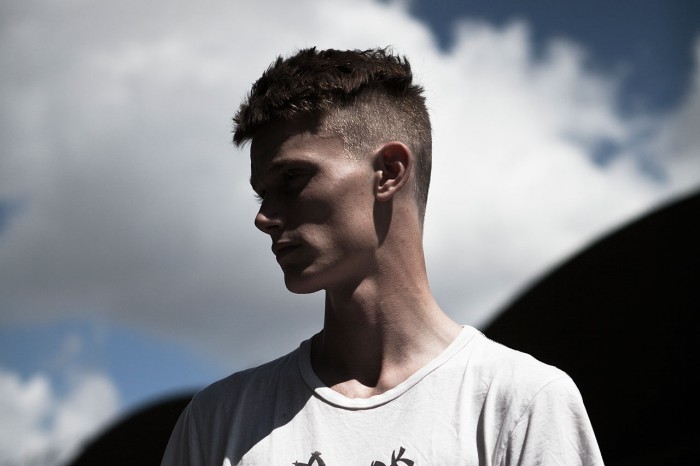 MDC: What were your favorite shows you did this season?

Malcolm: That’s a hard one, there were a lot of shows. Burberry was a lot of fun. Lanvin was pretty cool, it was really interesting. Louis Vuitton had a really cool video catwalk. I did a lot of great shows, so I can’t pick out a favorite to be honest.

MDC: What were your expectations like for this show season before you came to Europe?

Malcolm: I didn’t expect this, I didn’t expect to be doing this well. I thought I’d maybe get three or four shows, something like that, but I’ve done eleven shows. My mother agent Anita Norris expected me to do well, she said I had a good look for high-fashion, but she’s really surprised by how well I’m doing. She’s always really excited whenever we talk. If you go to her page online, she always has all these updates of the shows I’ve done and everything.

MDC: What are your plans for the rest of the summer?

Malcolm: I’m going to Berlin on Monday, and then from there I go to Hamburg, and then I go home in August, so I’m really looking forward to that. Then I go to New York in mid-August, so that’ll be awesome.

MDC: Are you excited about New York?

Malcolm: Yeah, I’ve heard a lot of good things about it. I’ve been there once before and I really enjoyed it. Plus it’s English-speaking, so it’ll be easier to get around.

MDC: What are your plans for your career as a model in the future?

Malcolm: I’m kind of just treating it as a blank book more than anything. I don’t really have too many expectations for it. We’ll see.

MDC: If you weren’t modeling now, what do you think you’d be doing?

Malcolm: I was in photography for a bit, but I’d probably just be working a couple part-time jobs to pay off my student loans. It wouldn’t be as much fun as this.

MDC: What do you like to do in your spare time?

Malcolm: I like to read—I read a lot of Chuck Klosterman books, a lot of the Beat Generation. I also listen to a lot of music. I really like the National. Death Cab for Cutie is another big one, the Strokes, Modest Mouse.

MDC: What has been the biggest surprise for you since you started modeling?

Malcolm: Probably just doing the big-name shows like Burberry, Valentino, Lanvin, Dior, Louis Vuitton. When you go in there and put on a $5,000 jacket, it really hits you hard, but it’s nice, it’s a good feeling. 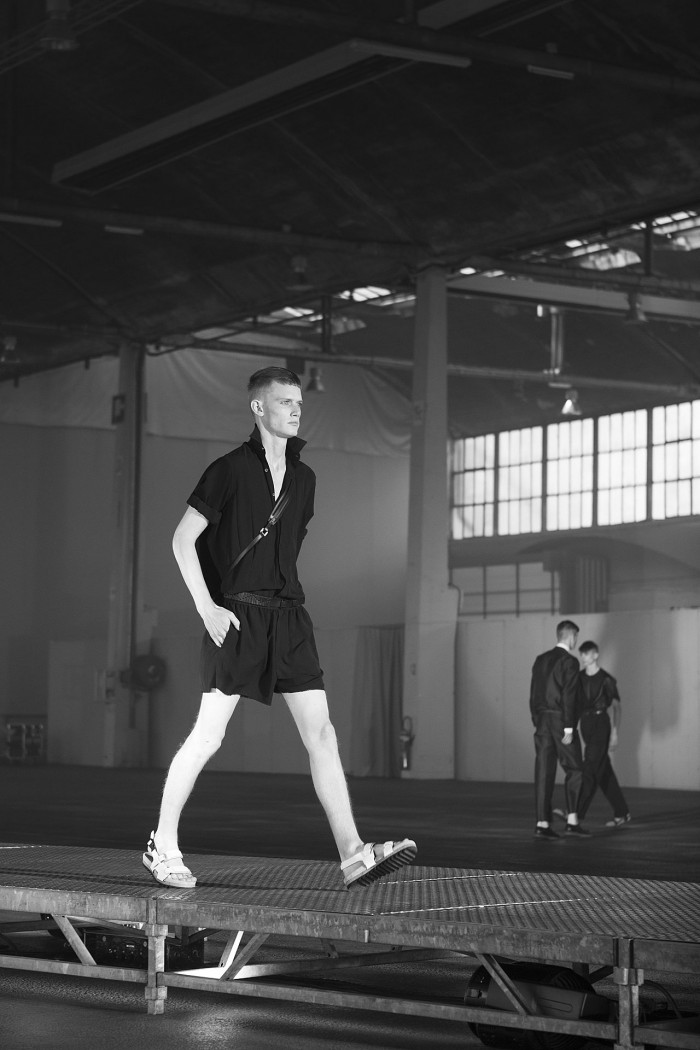 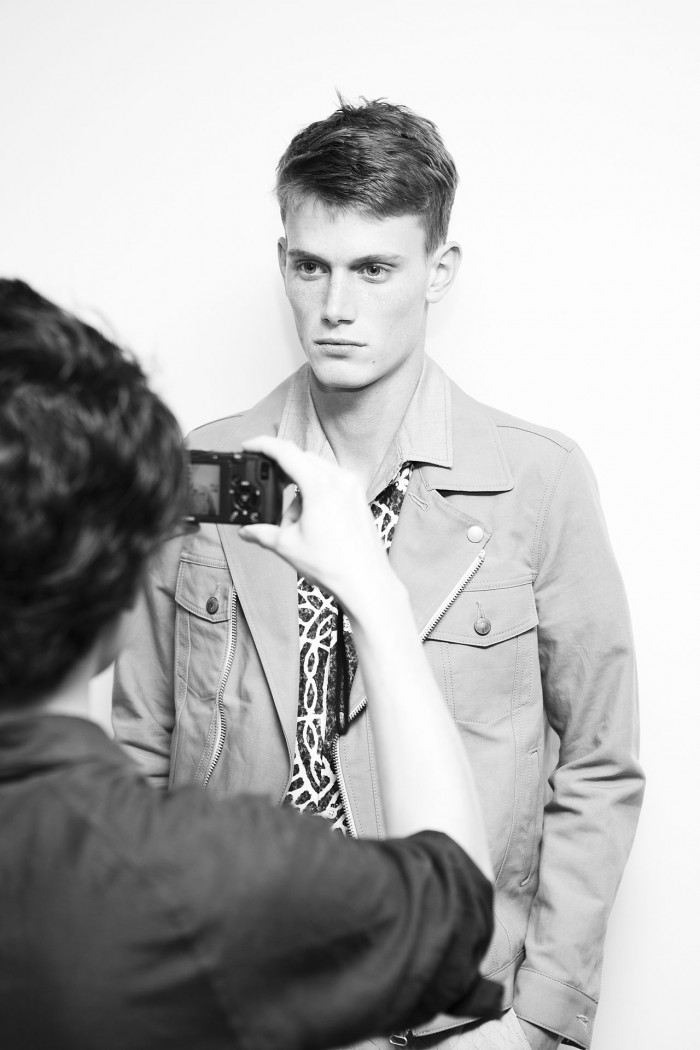 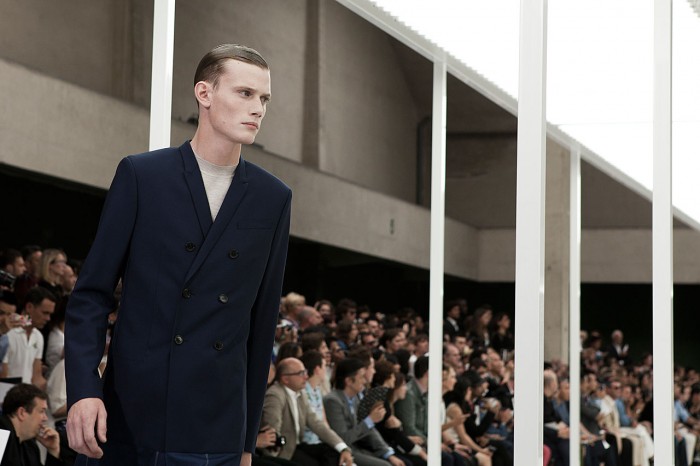 The Clara Effect
NEXT