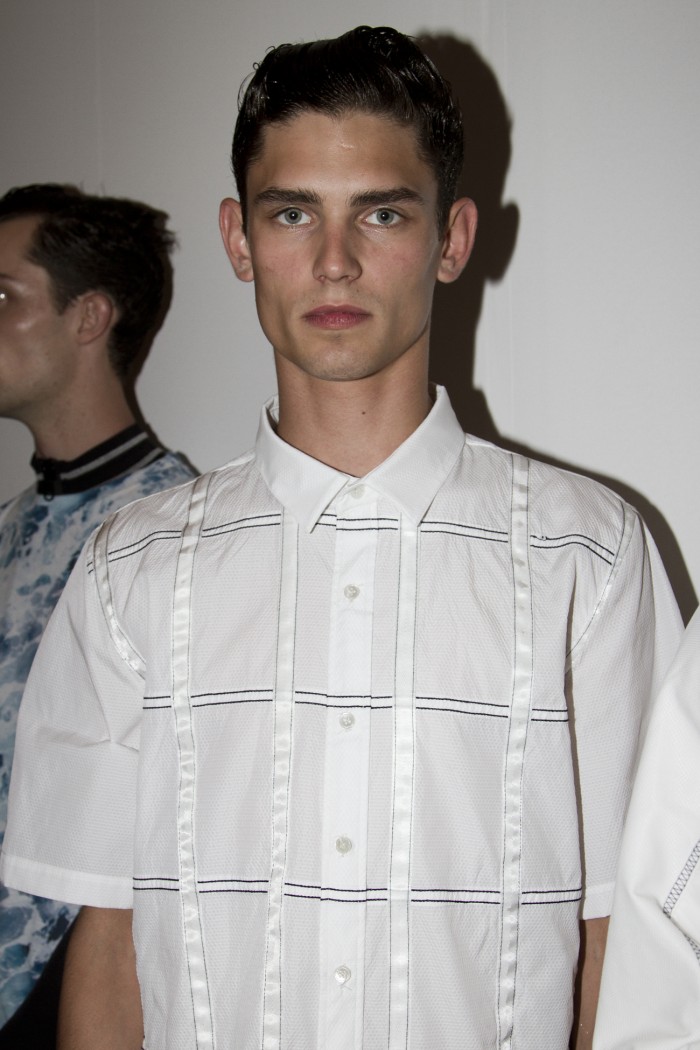 Over the past year, the young New York designer Patrik Ervell has had a string of successes mining his youth growing up in Marin County for inspiration in his collections. His Fall 2013 outing was awash in forest greens and camouflage prints, while a year ago, he updated the Tevas-and-North Face look that is a uniform of sorts for a certain type of Bay Area denizen with a sharp palette and shape that was quintessentially his own. For Spring 2014, Ervell took what he called the “aesthetic of sailing” as his starting point, which allowed him to play with a number of intriguing technical fabrics—an idée fixe of his—as in Ben Allen’s sailing coat in nylon and sailcloth and Robert Laby’s aviator jacket in rubberized cotton. There was a crispness to the clean white of Tommaso de Benedictis’ sleek suit and a certain easy cool to Max von Isser’s t-shirt covered in a smudged ocean print. Ervell has always had a distinct talent for suits and outerwear, and there was something very progressive in the idea of a double-breasted blazer worn, as Collin Tennant did, with nothing underneath and a pair of shorts, topped off with a bucket hat of rubberized cotton. The models padded their way softly along a runway made entirely of foam the color of Hockney pool, a perfect grace note that was entirely in keeping with a collection that was smartly designed, according to Ervell’s notes, for both the natural environment as well as an “artificial world.” 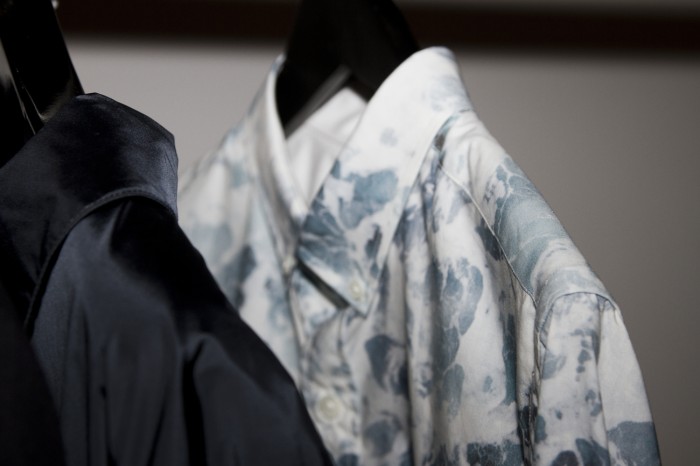 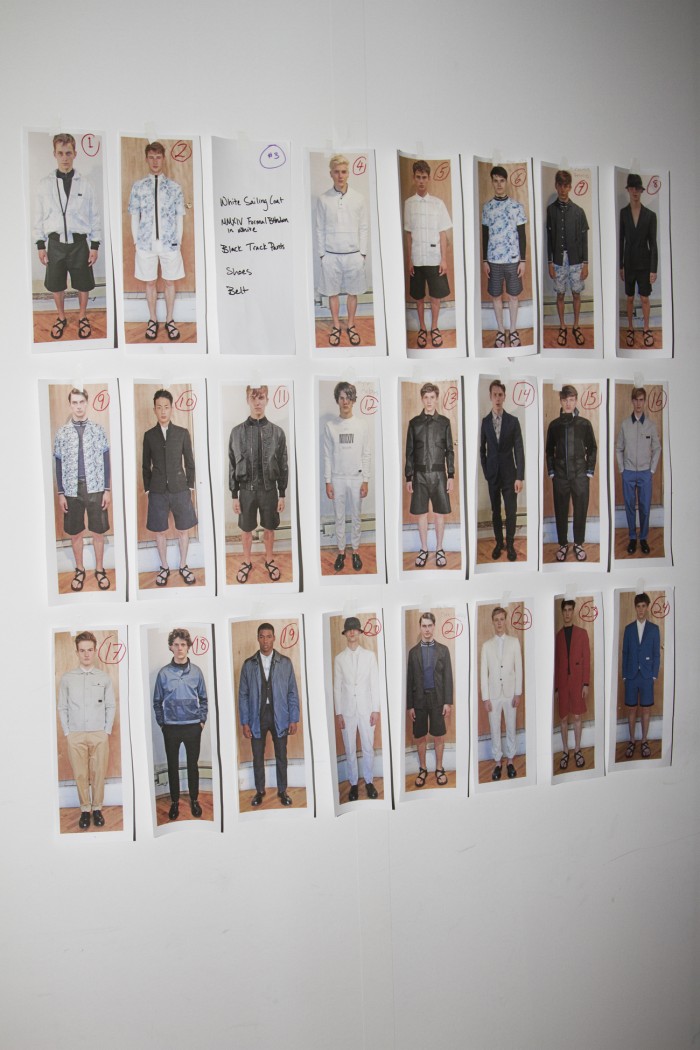 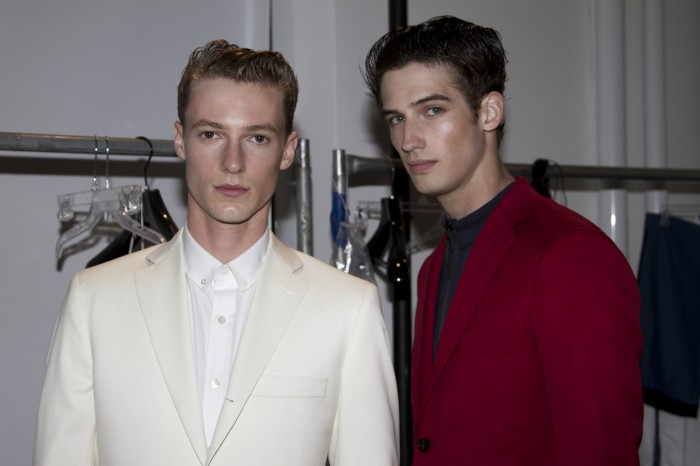 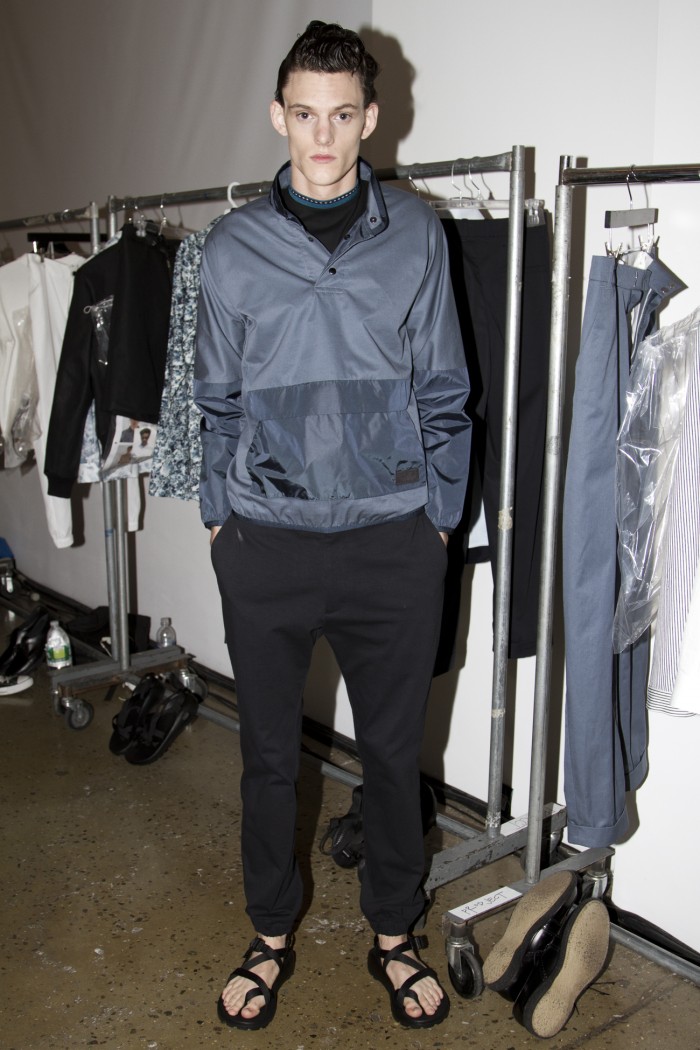 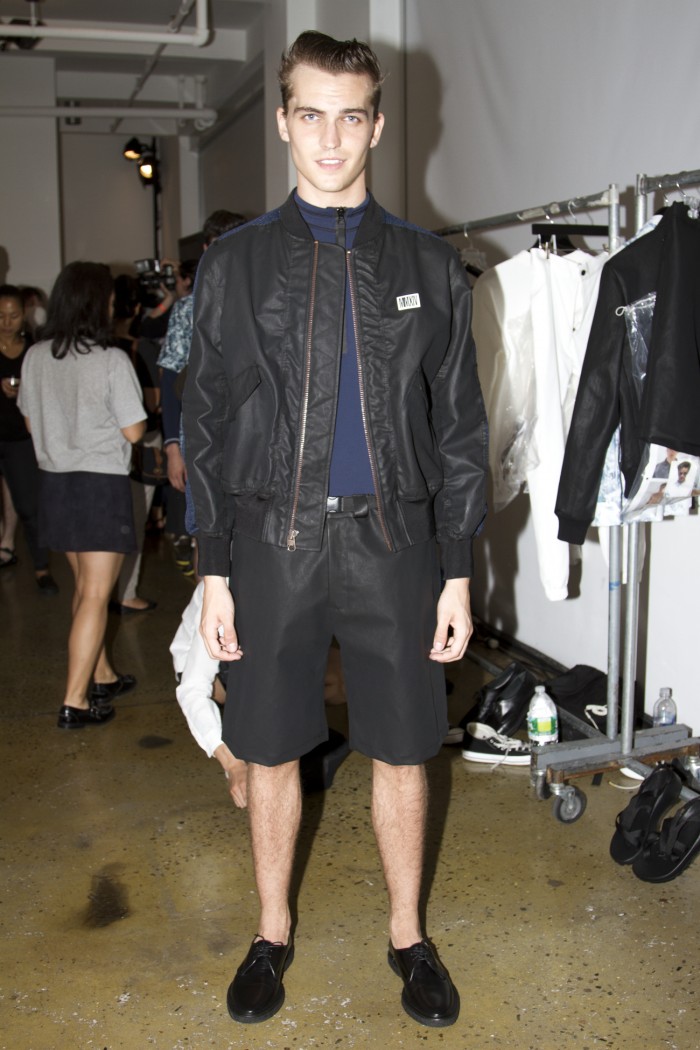 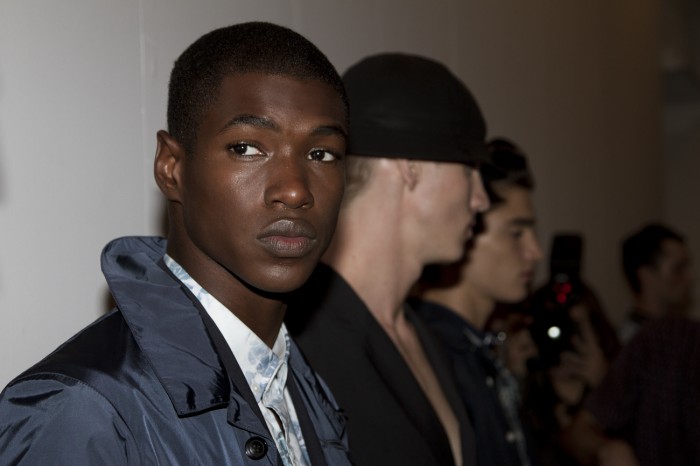 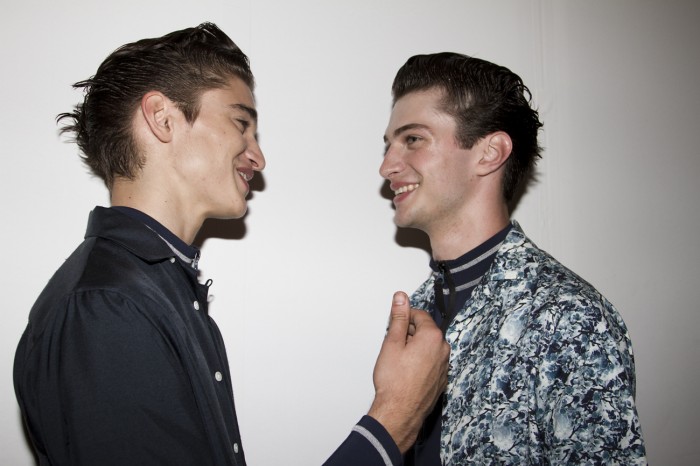 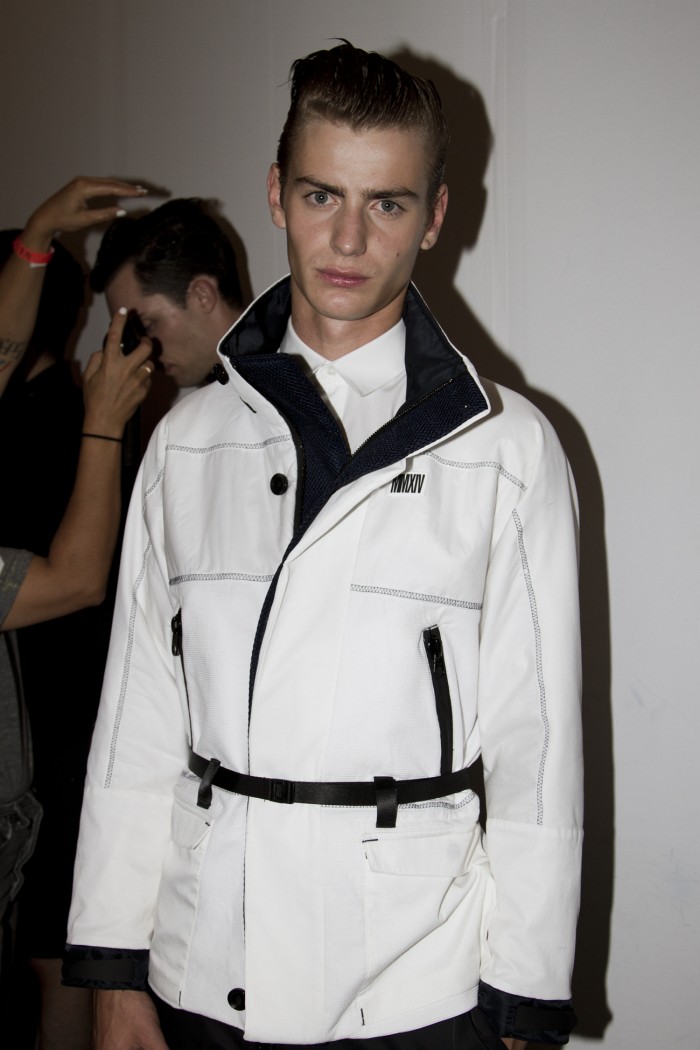 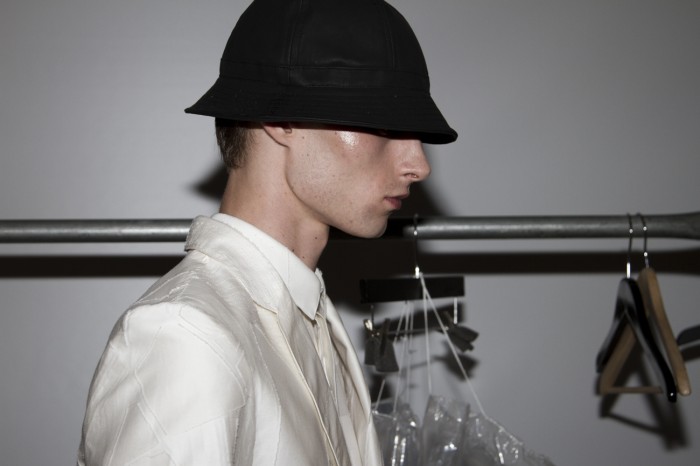 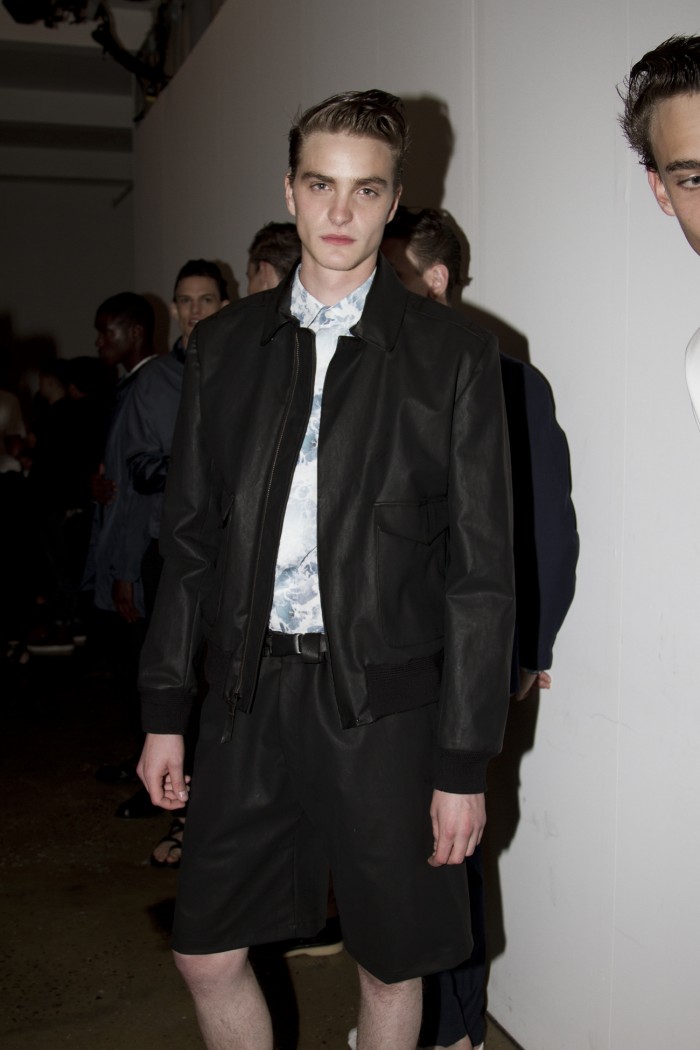 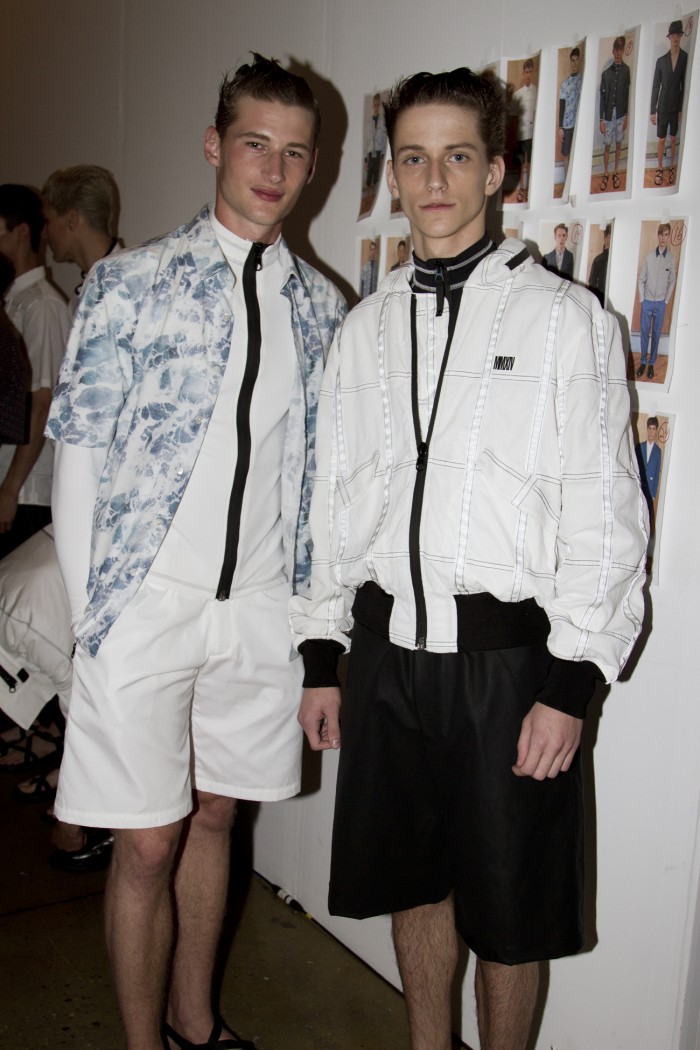 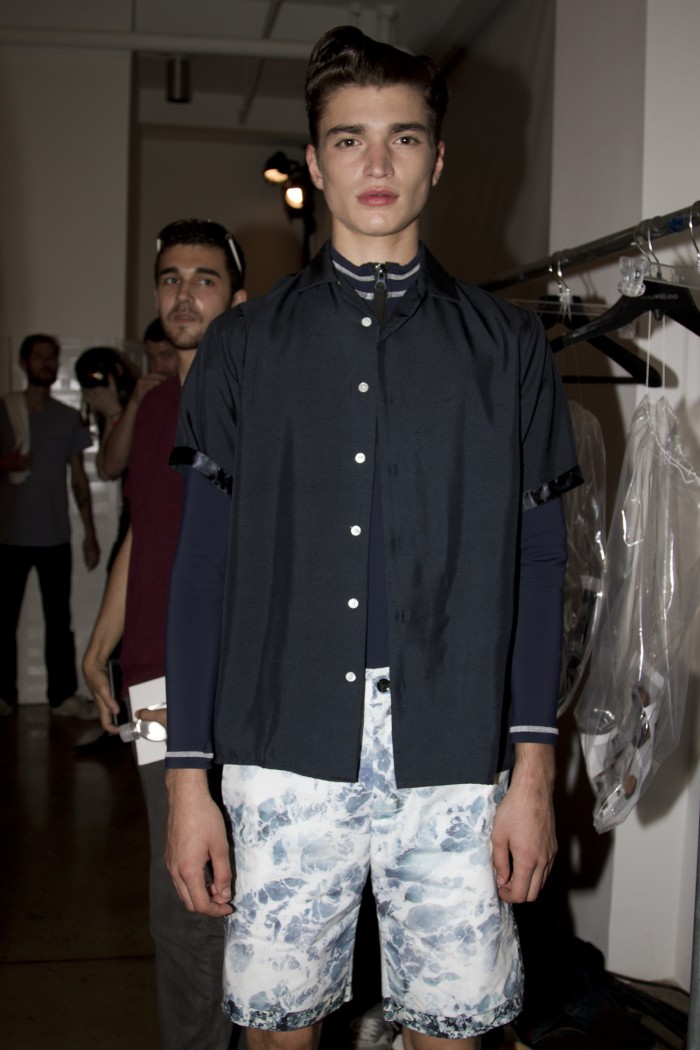 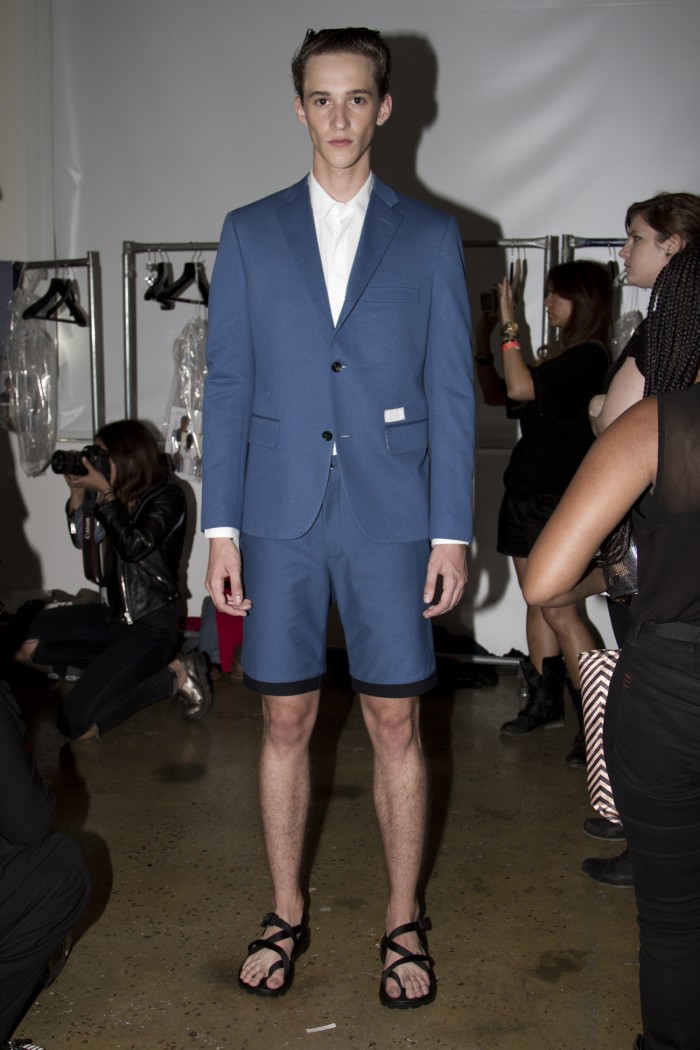 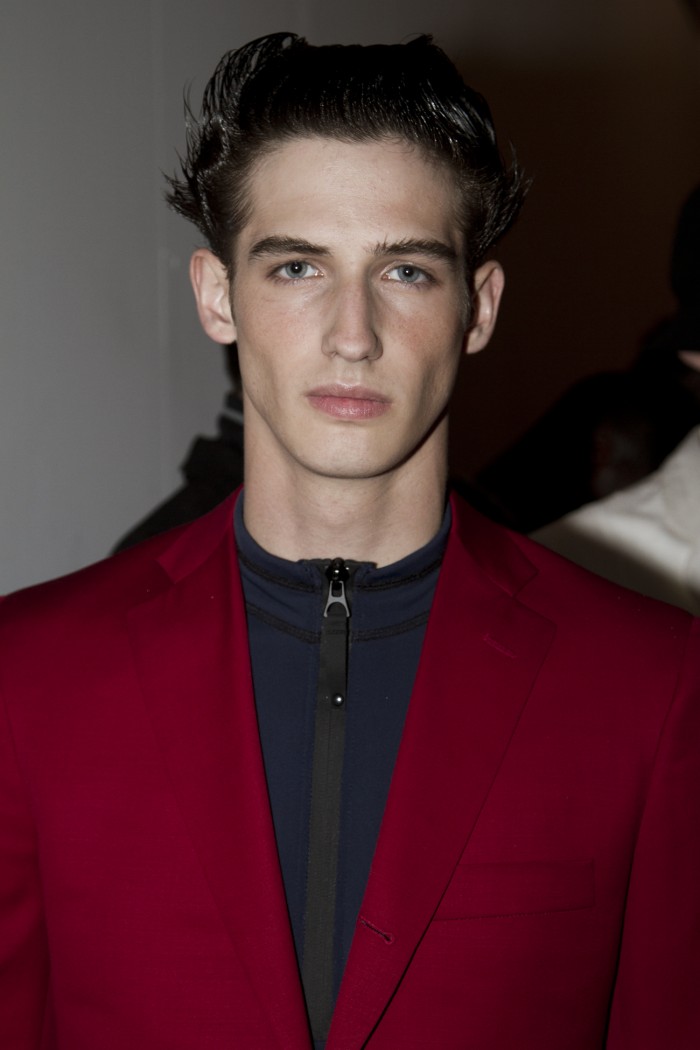 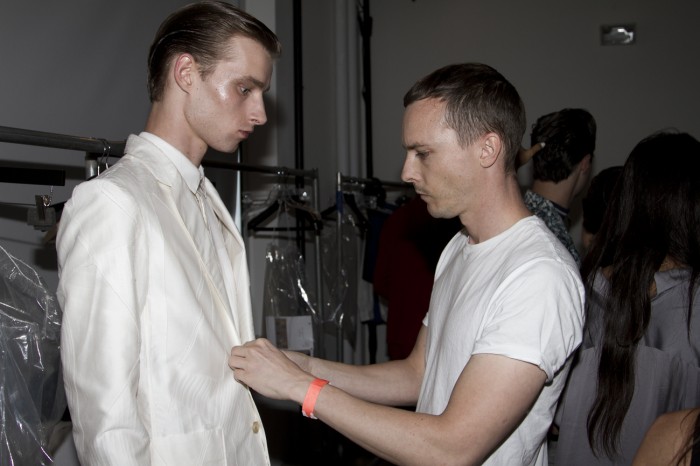