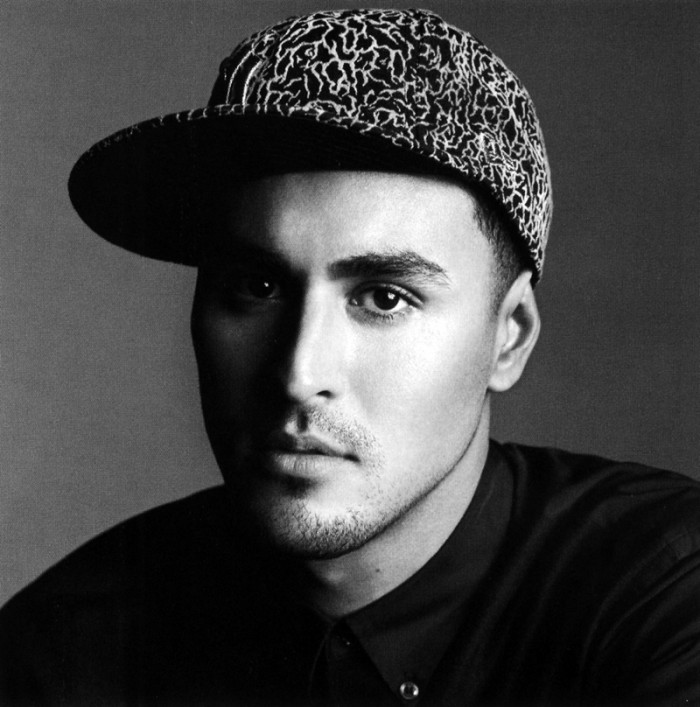 As one of makeup’s rising stars, Yadim (Art Partner) has been changing the game one impressive editorial at a time. With innovative looks and an artist’s touch, he takes makeup to the next level of creativity, transforming familiar faces into museum worthy wonders. Is it any surprise then, that Christian Dior has just tapped him for the role of International Makeup Designer, a bold move that pushes the iconic house into the future. MDC caught up with the man himself to talk about his beauty beginnings, unique aesthetic and what exciting things lie ahead.

MDC: How did you get your start in the industry?

YADIM: I started much in the same way most young hair and makeup artists start nowadays. I assisted. When I first moved to NY, I worked for a couple of cosmetic brands. Then I realized it wasn’t what I moved to NY to do. So I quit. I had very little money saved up and I used it all to fly myself to Milan and Paris to work on the shows. My friend and I would book our own plane tickets and stay in hostels and broken-down hotels, whatever was cheapest really. We’d email every hair & makeup agency we could think of and basically begged to assist on the shows. At first some agencies wouldn’t even answer our emails. But after a couple seasons we got booked on more and more. It was difficult and exhausting and expensive, but probably the most fun and exciting thing I’d ever done at the time. I got to work with some of the industry’s best makeup artists, from Charlotte Tilbury and Val Garland, to Diane Kendal and Aaron de Mey.

Eventually I landed a spot on Pat McGrath‘s team for the shows, and that ultimately led to me working for her full-time for a couple of years before going out on my own. It really was the best school. To this day she remains one of my heroes. 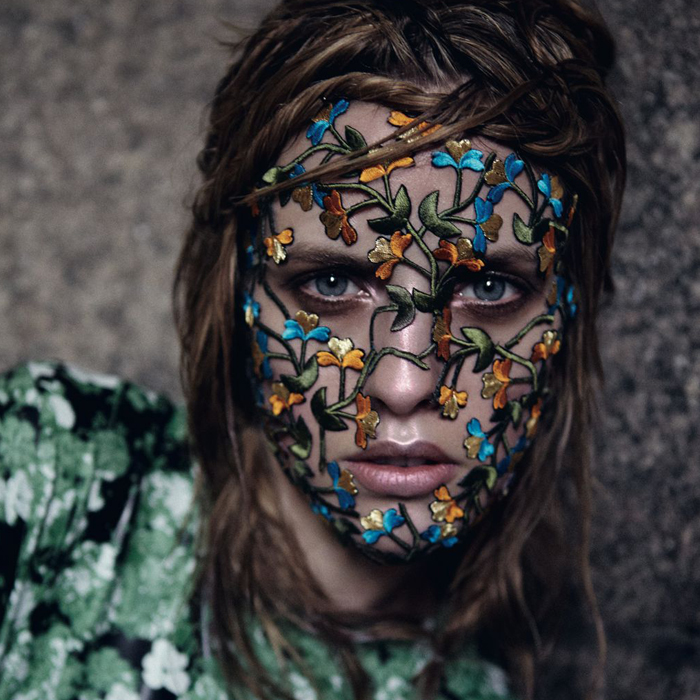 MDC: What inspires your work?

YADIM: I’m inspired by all sorts of things: books, films, music, museums, artwork. I love to go out to clubs and see what kids are wearing and experimenting with. I’m inspired by NY everyday. Just the characters you see in the streets and the grittiness of the city. I’m highly inspired by street style, which I think cities like NY and London really have.  I’m inspired by traveling, being immersed in different cultures. And of course I’m inspired by the incredibly talented, creative people I get to work with everyday.

MDC: Tell us a bit about that incredible Dazed story inspired by Rene Gruau.

YADIM: So that story really came about because of my new role with Dior. I wanted to do something fun and creative that really paid homage to the identity and history of the House. I spoke with Christopher Simmonds at Dazed about it, and he agreed to let me do a story for the issue. Dazed has always been super supportive of me; it’s sort of where I got my start editorially, so it made sense to do my first editorial tied to Dior for the magazine. Christopher loved the idea of a beauty shoot inspired by illustration. I’ve alway been a big fan of Gruau’s work, he was really one of the pioneers of fashion illustration and his work is almost synonymous with the house of Dior; Monsieur Dior and he were dear friends and long-time collaborators. My idea was to use Gruau’s images as a starting point but to keep the story looking ultra cool and modern. I was lucky to have an amazing team: Daniel Jackson, who I work with regularly, Karen Langley, who I’ve collaborated with on almost every Dazed shoot I’ve done, and the amazing Yannick D’Is (New York: Management + Artists, Paris: Management + Artists) doing hair. We just had a blast with the models on set and I think we all contributed something special. 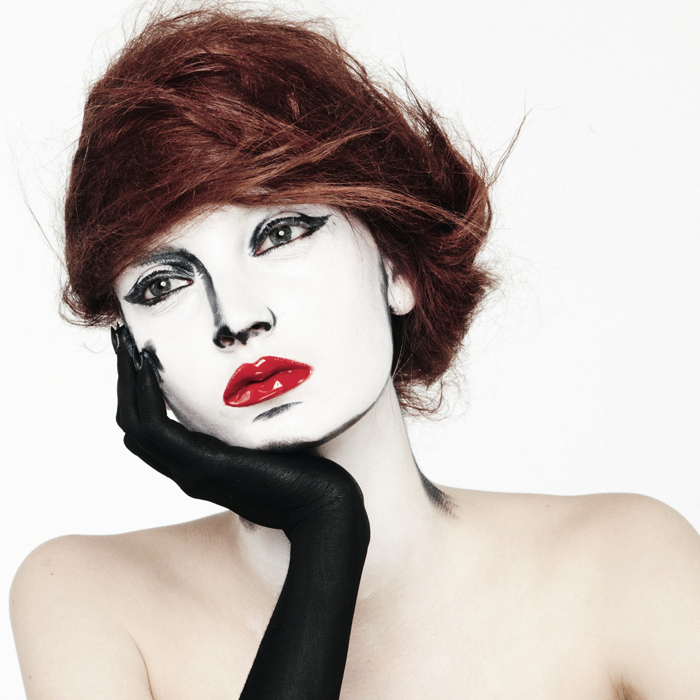 MDC: You’ve worked on so many great stories – but which are the most memorable for you?

YADIM: Well, the Dazed story is certainly up there. I also had the opportunity recently to do a few projects with David Sims for Vogue Paris. One of them was a cover with the gorgeous Doutzen Kroes. That was tons of fun. I also just shot Isabeli Fontana with Mario Sorrenti for Vogue Paris. We did a beauty story tied to Dior so I’m super excited about that coming out.

MDC: What does your new role at Dior encompass?

YADIM: It’s a really multi-faceted role. Essentially I’m representing the brand editorially and publicly, but also helping to create looks, develop new product and textures, and forecast trends for the brand. I’m working on videos, shoots, campaigns and even helping from an education standpoint. It’s my dream job!

MDC: What is it like working for such an iconic brand?

YADIM: It’s been a really amazing journey so far, I feel so fortunate. I mean the House has such a rich and genuine history. It was the first fashion house to incorporate beauty and fragrance into its collections. Monsieur Dior was a sort of rebel of his day; the daring silhouettes and his use of fabric revolutionized the industry. I’m excited to bring some of that rebellious nature to the brand. I also think it’s just a really exciting time for the House. With the appointment of Raf Simons as Artistic Director, it’s a great time to join the Dior family.

MDC: Is there anyone whose makeup you haven’t done just yet that you would like to work with? 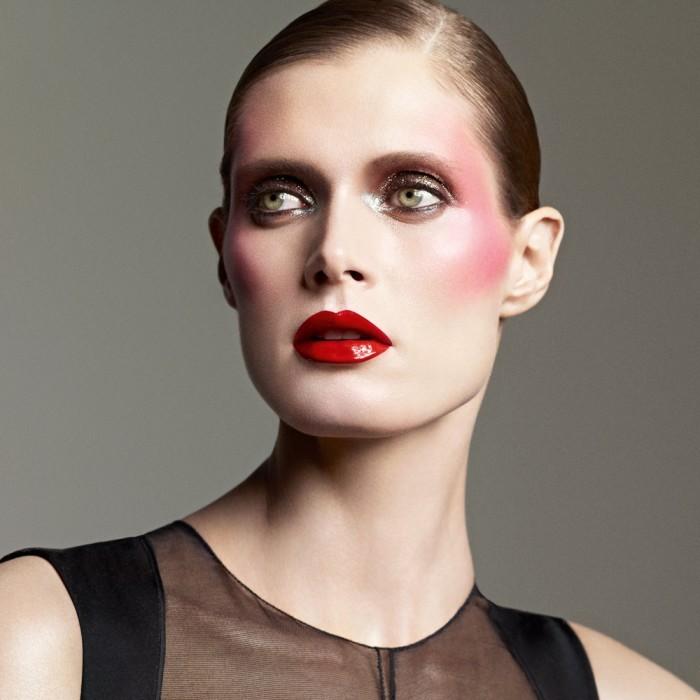 Makeup by Yadim on Malgosia Bela, in Vogue Paris – photography by Karim Sadli

MDC : How did you feel when Vogue Paris named you one of the representatives of the new generation in beauty?

YADIM: I mean, what do you even say to that? Honestly, I just felt lucky to be included among the other three talents that were profiled for that story. I knew Lucia Pica from when we were both assistants. She’s really talented and sweet and it was nice to catch up with her that day. James Pecis and Anthony Turner are both hairdressers who are doing such major things right now. I work with them often and I consider them both good friends. It’s just nice that a magazine like Vogue Paris takes notice of young talent. It’s rare in our industry.

MDC: What would you say your aesthetic is?

YADIM : It’s a hard question to answer. I would say I like things to be slightly off. I love beauty with a dark side.

MDC: Any advice for people just starting out in the beauty biz?

YADIM: My best advice would be to assist. Find artists you admire and try to work with them. It’s the best way to learn the ins and outs of the business.

See more of our favorite images from Yadim on our sister site Sans Artifice.