Naysayers be damned, print thrived in 2012 with a wealth of inventiveness pushing our favorite magazines to new levels of creativity. Take a look back at the year that was in covers, from the provocative to the innovative and simply beautiful – these were the fashion covers that made a visual impact this year. Be sure to tell us your favorite covers of 2012 in the comments!

There were so many incredible Kate covers this year, but this was by far the most original. Depending on how you look at it Kate Moss is a sinner or a saint and for March’s W she played both roles for Steven Klein in covers that showcased that classic Kate versatility. Klein’s status as fashion’s reigning provocateur still stands and it is always pleasant to see a real art piece offered up as a cover. 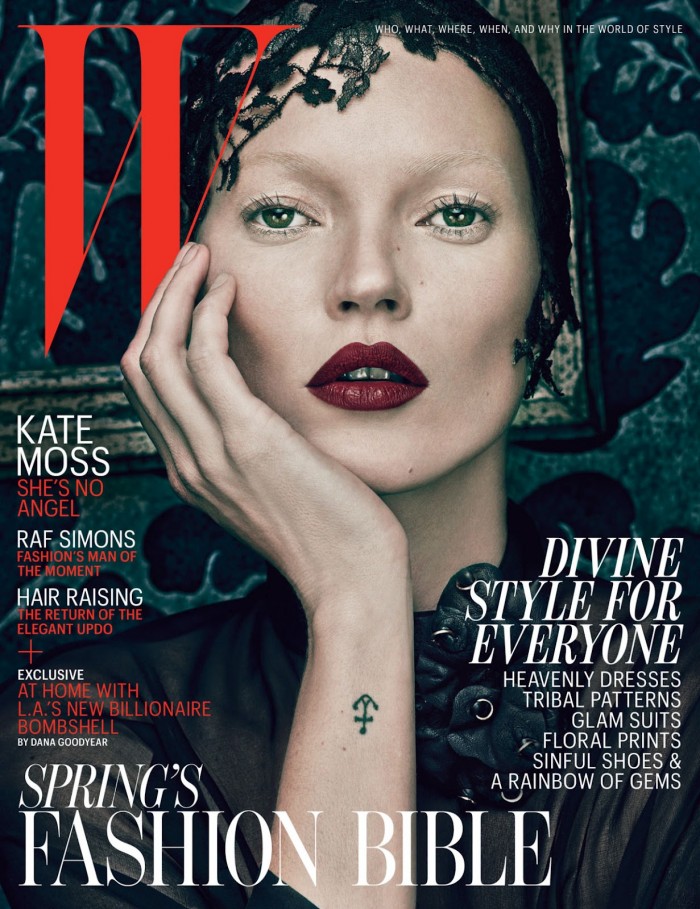 Of all the Vogue Italia covers this year, April’s issue with its foreboding masks and air of mystery was the most unique. Some loved, some hated it, but on the newsstand everyone could agree that those masks made for one compelling image, especially when contrasted with the fold out of bored, prom-goers.

Celebrity photography doesn’t have to be boring! Jean Paul Goude takes the typically staid actress cover-shot and gives it a Hitchcock twist with Scarlett Johansson providing the Janet Leigh scream in this one of a kind cover. On a newsstand filled with vacant faces and bored smiles this definitely stood out. 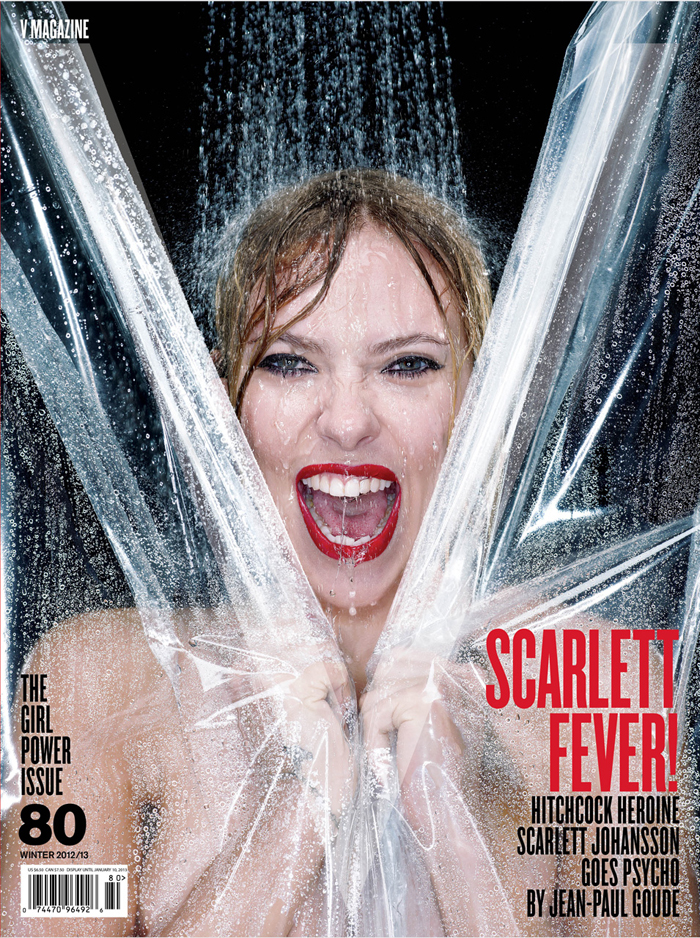 There are always A LOT of striking i-D covers to choose from, so it is often difficult to choose the very best of the bunch. That said, Chen Man’s arresting images of Li Zheng, Meng Lu and Quncuo on the Spring issue were absolute eye-candy. Forget celebrities, forget supermodels, this is all about amazing styling, beautiful photography and that signature wink! 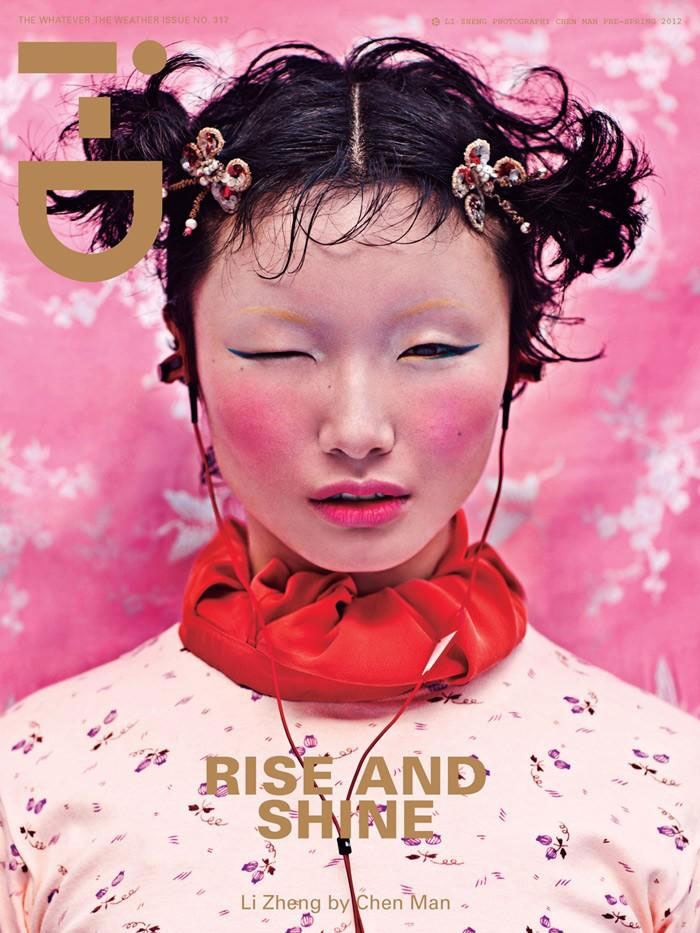 LOVE’s special edition covers are proof that the dream team of Mert and Marcus & Katie Grand still know how to turn it out better than anyone else. These beauties were only available for a select few, so anyone lucky enough to snag Malgosia’s skull shot, or Saskia’s painted face on their issue has their hands on a real collectors item. 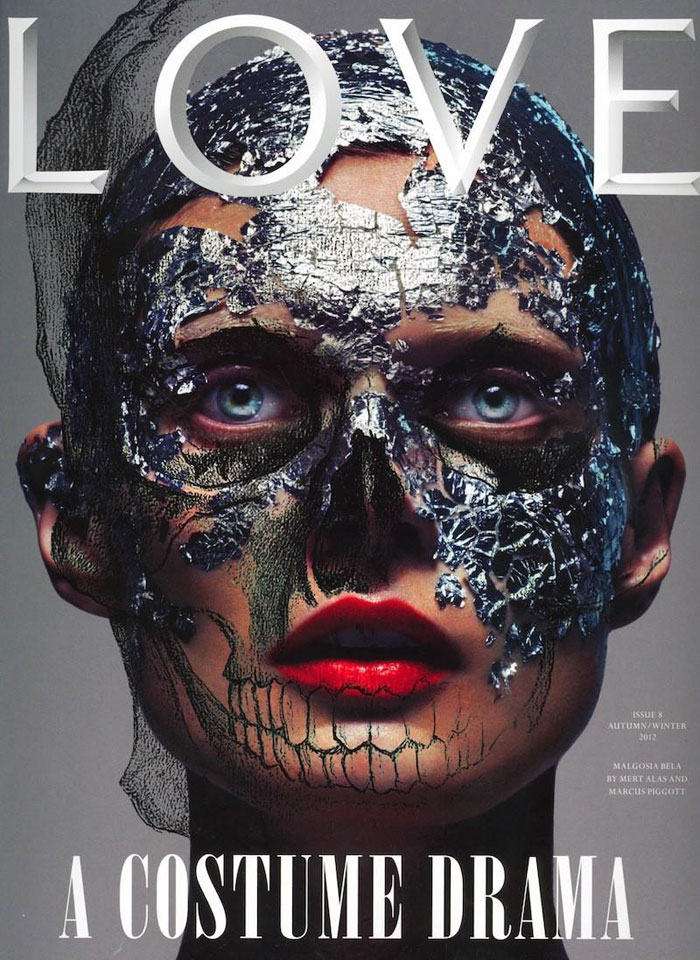 Nothing beats a refined, well-composed, perfectly lit image of a pristine beauty and for spring Daniele & Iango offered up multiple i-D covers that held to those timeless ideals.

The term fashion icon gets thrown around a lot, but if anyone truly qualifies it is the one and only Iris Apfel. Dazed payed fitting tribute to the legendary New Yorker with this stunning cover by Jeff Bark. Clad in Comme des Garcons and looking more avant grade than ever, Iris showed all the newbies on the block just what cool is. 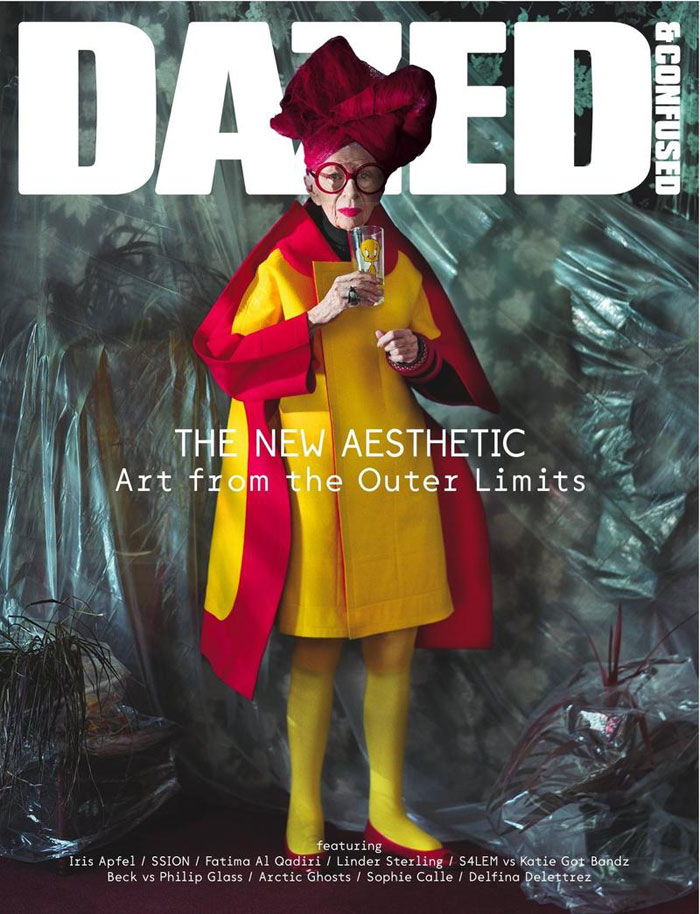 The millennial supermodels have arrived and W‘s July issue introduced them to a whole new audience, bumping the usual celebs off the cover and providing readers with a glossy glimpse at two of fashion’s biggest stars. Meisel’s larger than life images of Karlie and Joan are pure elegance. 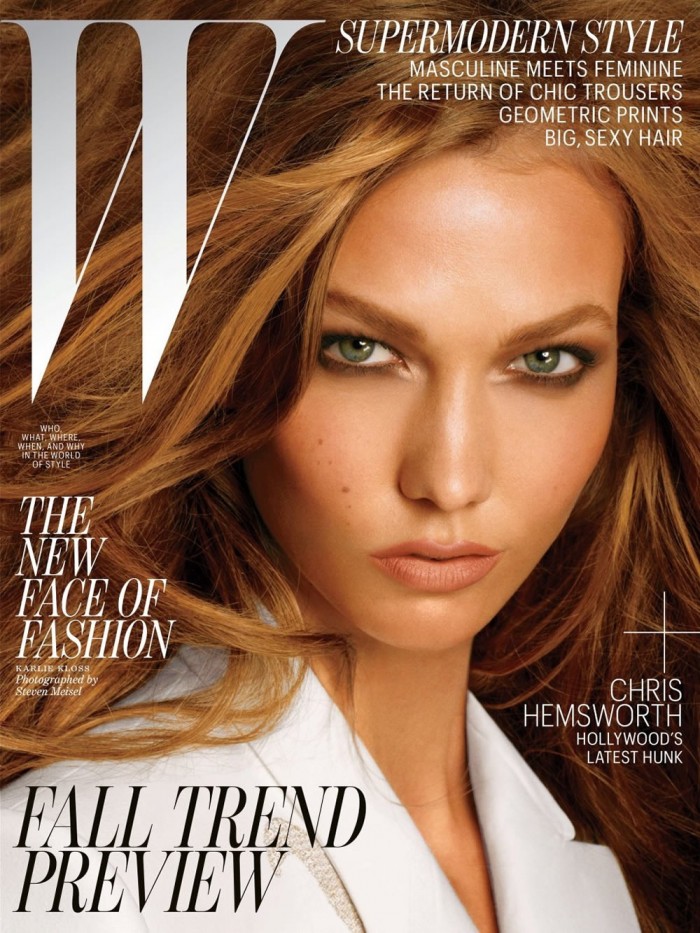 Warren Du Preez & Nick Thornton Jones make full use of Anne V’s sumptuous beauty and that unforgettable dress in this gorgeous Numero cover image; the subtle floral overlay works perfectly with the ruffles of that black Lanvin. The word fantasie scrawled on the cover is the perfect summation of why this image works. 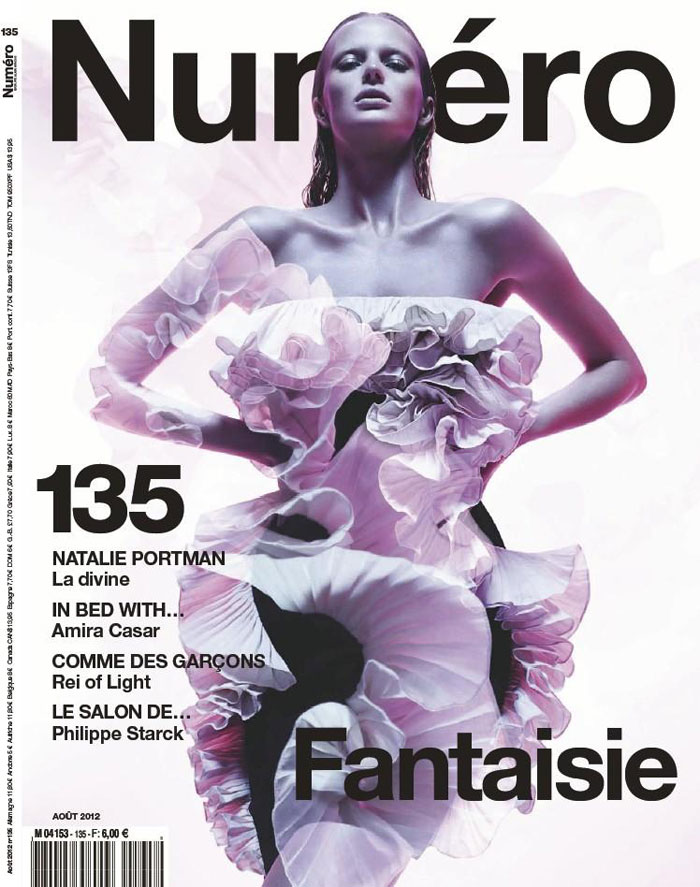 Swimsuit model turned editorial force, Kate Upton had many covers this year, but the one that captured her at her most natural and effortless was Bruce Weber’s CR Fashion Book image. As easily the most anticipated cover of the entire year, the mag managed to capture its theme of rebirth in a way that was truly beautiful. Audrey Harrelson’s adorable cover on the flip side was another real treat.

Photographers often like to play up Joan Smalls’ sophisticated beauty, so it is always fun to see when someone goes in a different direction and creates something wholly original featuring Joan. Sannwald’s kinetic shots provide an artistic take on the year’s premiere beauty. 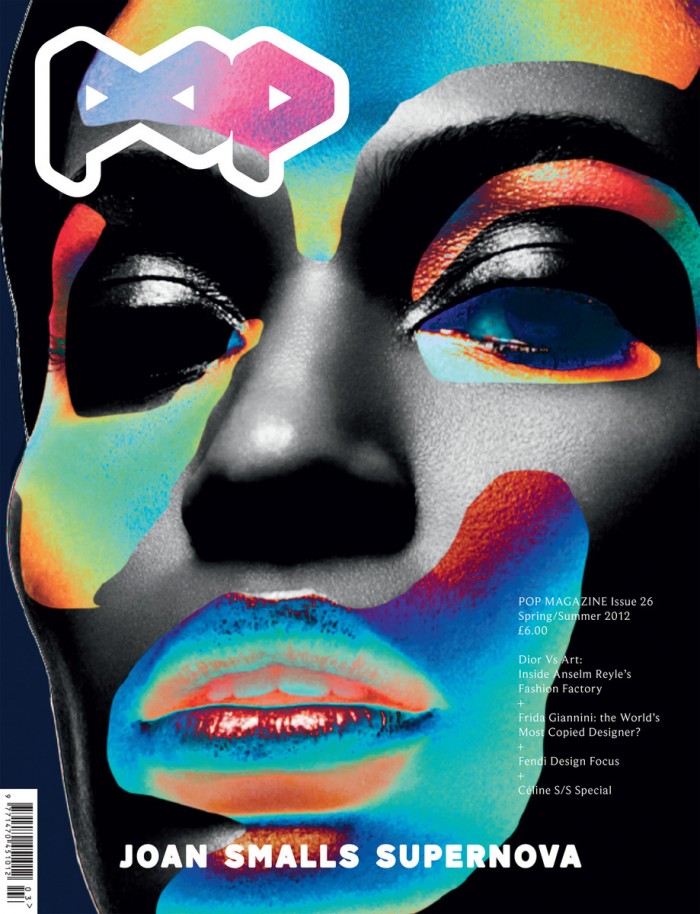 Merry Gifmas Day 4 : Burnin’ Up
NEXT