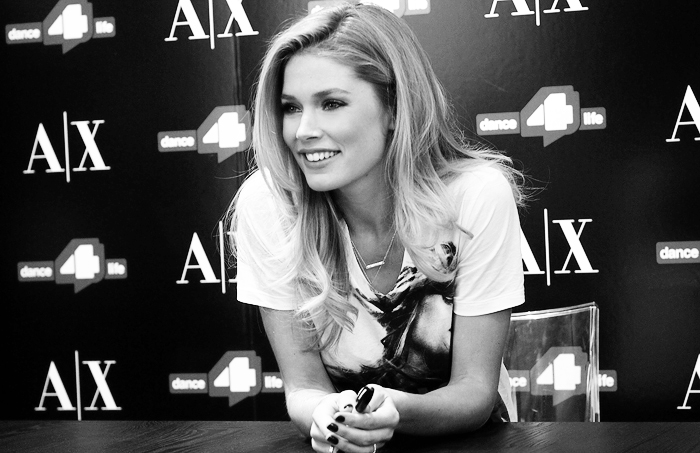 When fashion heavy hitters like Giorgio Armani and Doutzen Kroes collaborate on a project you know it is going to be big. The designer and supermodel are lending their celebrity to raise awareness about Dance 4 Life, a worldwide program dedicated to educating teens on AIDS and HIV prevention.

Teaching teens is no easy task, but through music, drums and dance the group creates an atmosphere that inspires as well as educates. Young people living with HIV share their stories and lead teens in an honest dialogue, where they can ask questions and get answers without dealing with the stigmas and taboos. Doutzen and Armani collaborated on a special t-shirt to benefit the organization and she talked to MDC at the launch about the project, how she got involved and why awareness is so important.

MDC – How did you get involved with dance4life?

Doutzen – I got involved three years ago and I love it. It is a really an important cause and they try to reach people in a positive way through dance. What I like is that they have speakers in schools who are the same age as the students. It is nicer to learn something from someone your own age and easier when it’s about sex. It is a difficult subject sometimes, but I like the way dance4life does it by keeping things fun and very positive.

MDC – It is wonderful, especially getting young people involved.

Doutzen – Yeah it is very important. That is one of the reasons why I am so so honored that Armani Exchange wanted to do a t-shirt, because this is a great way we can raise awareness with younger people, who don’t know yet what dance4life is.

MDC – Now tell me a-little bit about the design process. I heard that you were involved directly in the designing of the t-shirt.

Doutzen – I was very involved, I love this picture because there is so much movement. At the shoot I was dancing around and we kept looking at the screen to see if we liked it. It’s weird seeing myself on a t-shirt you know? Usually that is for rockstars or bands, but it is such a cool, beautiful t-shirt I think.

MDC – Are there any other like websites or anything that possibly people can get involved with it?

Doutzen – People can actually look at ArmaniExchange.com and buy the t-shirt which helps a lot because all the profits of the t-shirt go to dance4life. We want to raise awareness and we want people to know because everyone knows how to solve the problem. On the surface it seems so easy but it’s not, there is so much more we still need to do. 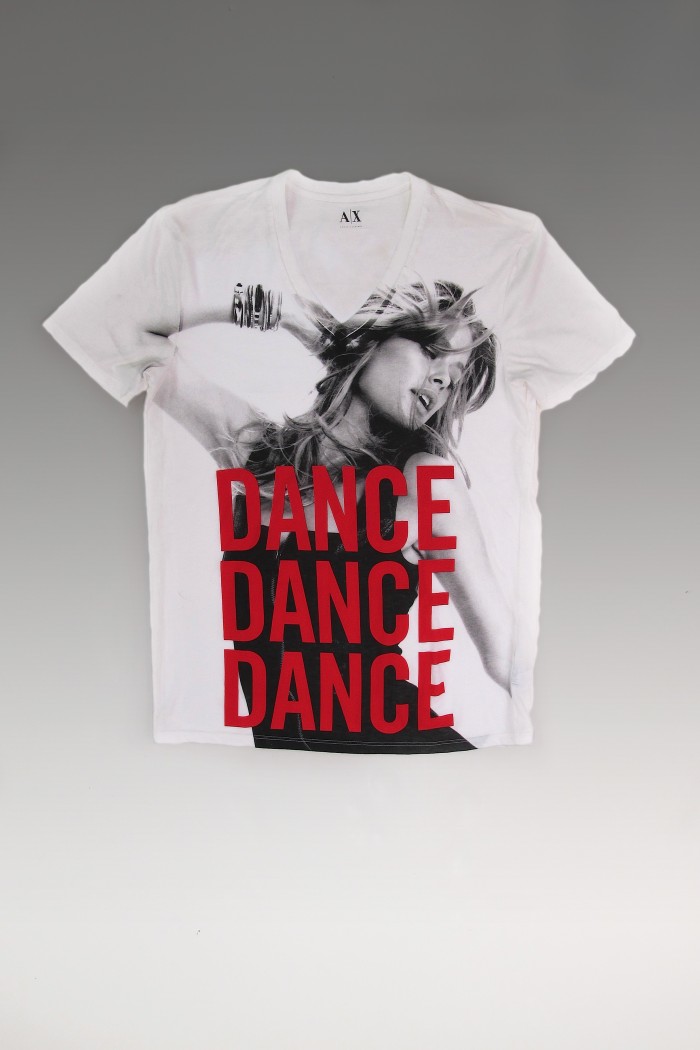 The t-shirt designed by Doutzen for Armani Exchange 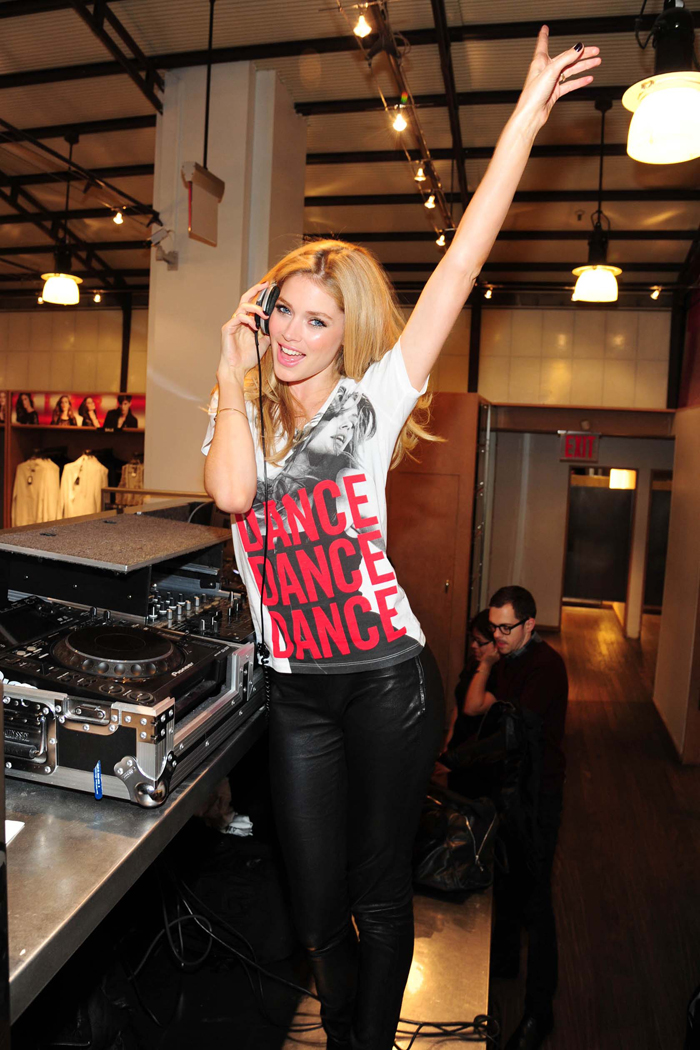 Out of This World
NEXT