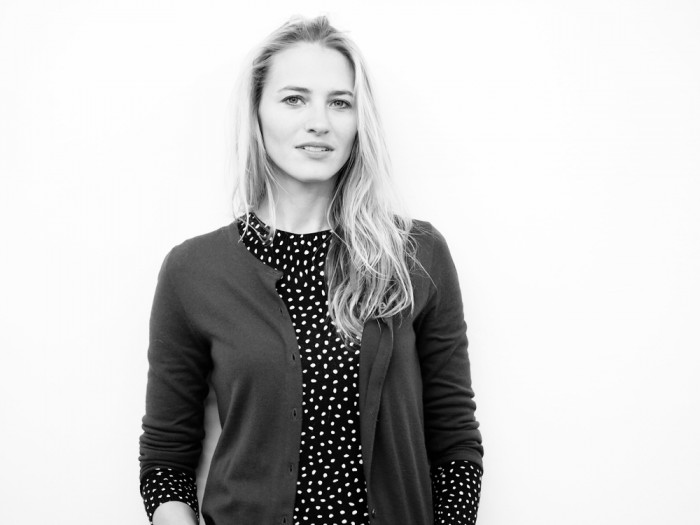 On the outside the fashion industry seems glamorous, but for those working within its confines the reality can be harsh. Predators abound, from lecherous photographers, to agencies with unfair business practices and since models are considered independent contractors, their rights can be almost nonexistent.

Thankfully there are organizations working to change this, with the support of the CFDA and a host of industry vets, The Model Alliance seeks to make the fashion business safer a safer and fairer place for the people who walk the runways. With New York Fashion week in full swing, the issue of models rights is especially timely, MDC sat down with alliance co-founder Sara Ziff, to talk about what makes this movement so important.

MDC: When did you first start to realize the need for a Model Alliance?

SARA: I started modeling at 14, and some of my experiences as a kid in this business made me particularly sensitive to issues of exploitation. Many young models are pressured to forfeit their educations and are living far away from home feeling very isolated. Sometimes they’re working long hours without rest or meal breaks, they’re put on the spot to take photos that aren’t age-appropriate, even working in debt to their agencies. Essentially, the industry is unregulated and it relies on a labor force of kids. That’s a systemic problem, and I think it’s been ignored for too long. Models deserve fair labor standards, and we should feel empowered to have a say in our work.

MDC: Why do you think it took so long for an organization like the Model Alliance to be created?

SARA: This isn’t the first time that models in the U.S. have tried to organize for fair labor standards. In 1995, models formed a union, the Models’ Guild, but it didn’t get very far. The biggest hurdle for models is that generally (not across the board, but in most cases) we’re considered to be independent contractors, which basically means that the rule of law in terms of workplace standards does not exist for models.

The Model Alliance is not a union; it’s a nonprofit organization that’s working cooperatively with the industry to make this business a safer, healthier, and generally better place. Models just want to be treated fairly at work, with the same dignity and respect that eveyone else in this business deserves. And I think now we’re at a time when the industry is realizing that this is needed, that it’s important. And that letting models stand up for themselves can only be a good thing for the industry as a whole.

MDC: What do you think designers / brands / agencies have up until now ignored the rights of models?

SARA: Fashion is about what’s new, what’s next. That keeps the business exciting, but it can also encourage a lack of perspective. Some people in fashion seem to be terrified of losing their leverage in an industry that’s so subjective, so they rely on diva mentality. I don’t think anyone in this business is malicious, but people’s concern for maintaining their status breeds an individualistic ethos, which, in turn, doesn’t leave room for much empathy for models’ rights. That being said, over the last few years the CFDA has done a great job of raising awareness about eating disorders through their Health Initiative, and I look forward to working with the CFDA to build on and expand their good work.

MDC: What are you primary goals for the Model Alliance?

SARA: In recent years, models have raised concerns about unauthorized photographs of them changing clothes backstage at fashion week appearing online. The Model Alliance recognizes that models deserve privacy from invasive photography. And so, in order to encourage a more professional and respectful work environment for models, we’ve introduced our Backstage Privacy Policy, which recommends that as soon as “first looks” are called, show producers ensure that photographers and anyone unnecessary to the show’s production should leave the backstage changing area until the show has ended and all models have finished changing into their own clothes. In partnership with Actors’ Equity and the American Guild of Musical Artists, we’ve also introduced Model Alliance Support, a fully confidential grievance reporting system for our members who are dealing with any unlawful or unwanted attention or abuse. Model Alliance Support can advise models of their rights and assist them in finding legal counsel if necessary. And then finally, we’ve worked with models and various stakeholders in the industry to introduce a draft Models’ Bill of Rights to empower models to demand fair treatment from agencies and clients. These are our three initiatives for Fall 2012. Among our longer-term goals, we would also like to set up access to a good, affordable health care plan for models, since a lot of models want, but don’t have health insurance.

MDC: How has the response been so far?

SARA: The response has been really encouraging. Diane Von Furstenberg mentioned our Backstage Privacy Policy in her seasonal letter to the industry, and the CFDA and Valerie Boster have been supportive. We also had a great turnout at our launch event the other night. Coco Rocha co-hosted and Shalom Harlow, Doutzen Kroes, Crystal Renn, Amy Lemons, Trish Goff all showed their support alongside Chris Gay (Marilyn), David Bonnouvrier (DNA), Scott Lipps (One), and Micki Schneider (Wilhelmina).