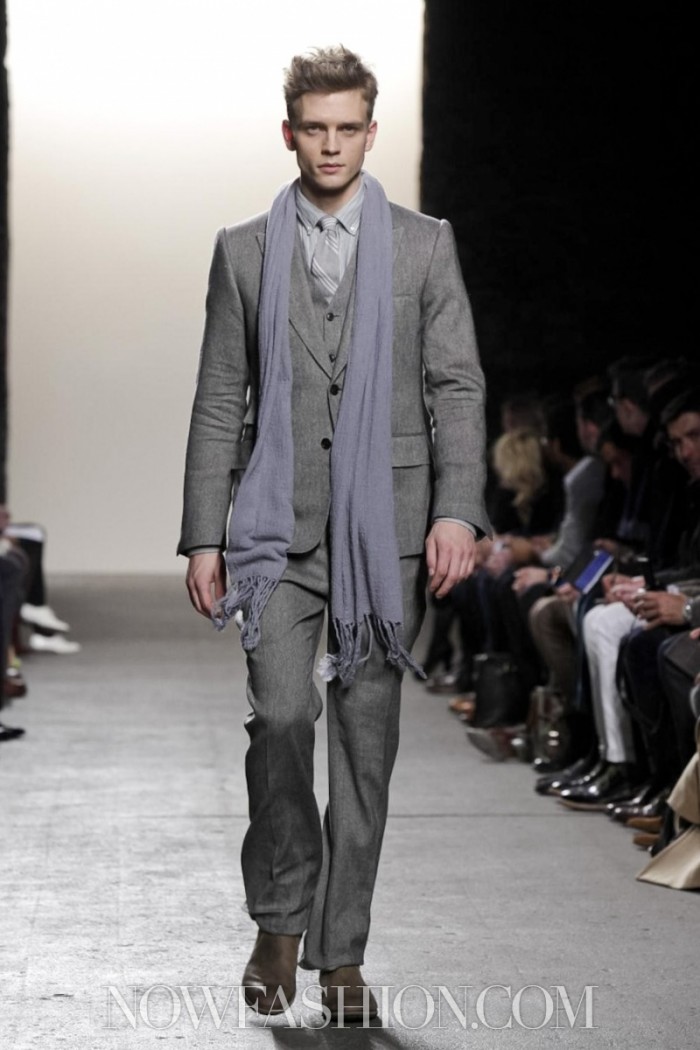 Billy Reid found inspiration across the sea for Fall 2012, turning to his European travels for a touch of old-world refinement that was a fresh new direction for the designer better known for his updated takes on the Southern gentleman. Benjamin Eidem’s opening gray suit—accessorized with a very European thin scarf—announced the new look, which translated into a classic elegance in his pieces for both men and women, with luxurious suits and outerwear pieces for him and kicky dresses and chic floppy hats for her. The palette was rich with soft browns and grays, punctuated by one electric blue pantsuit that felt very jet-set. It was an interesting change for the all-American Reid, one that proved that he is just as talented with elevated sophistication as he is with down-home charm and joie de vivre. 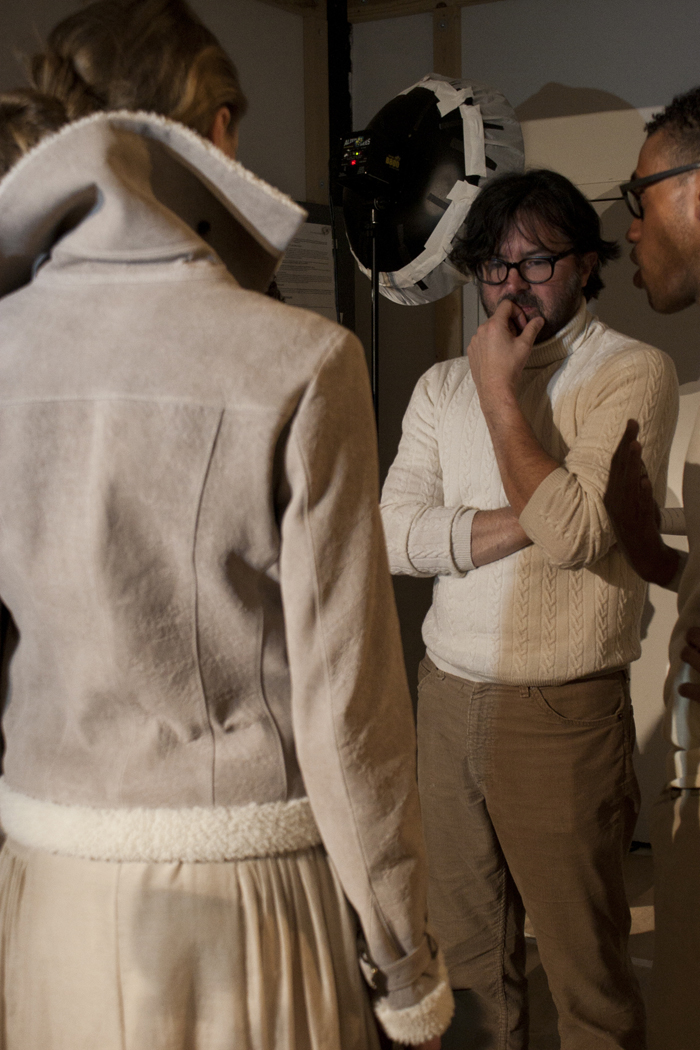 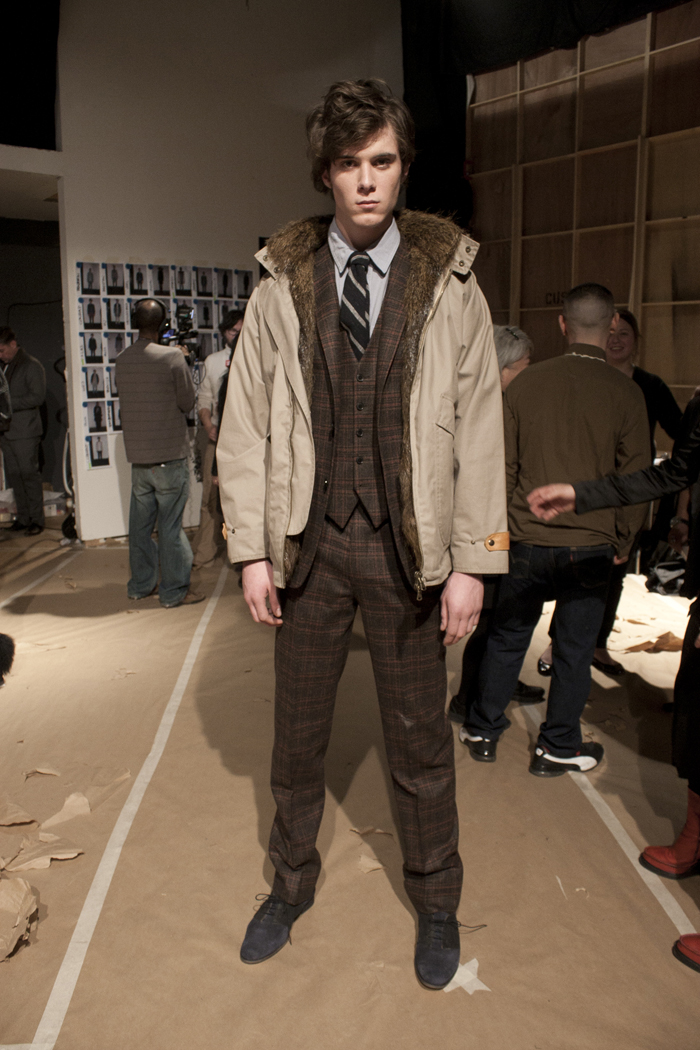 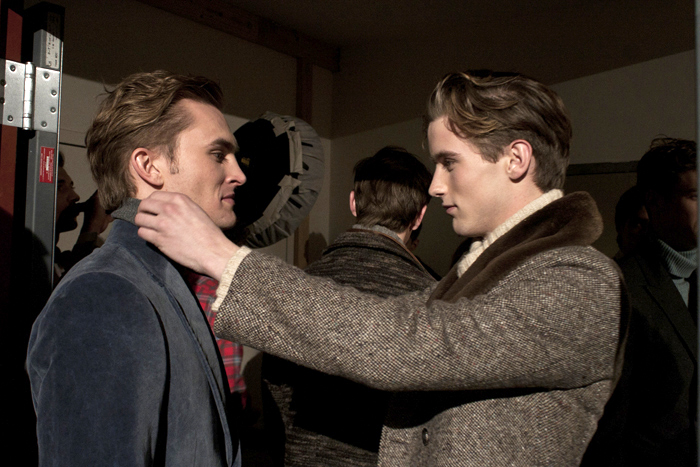 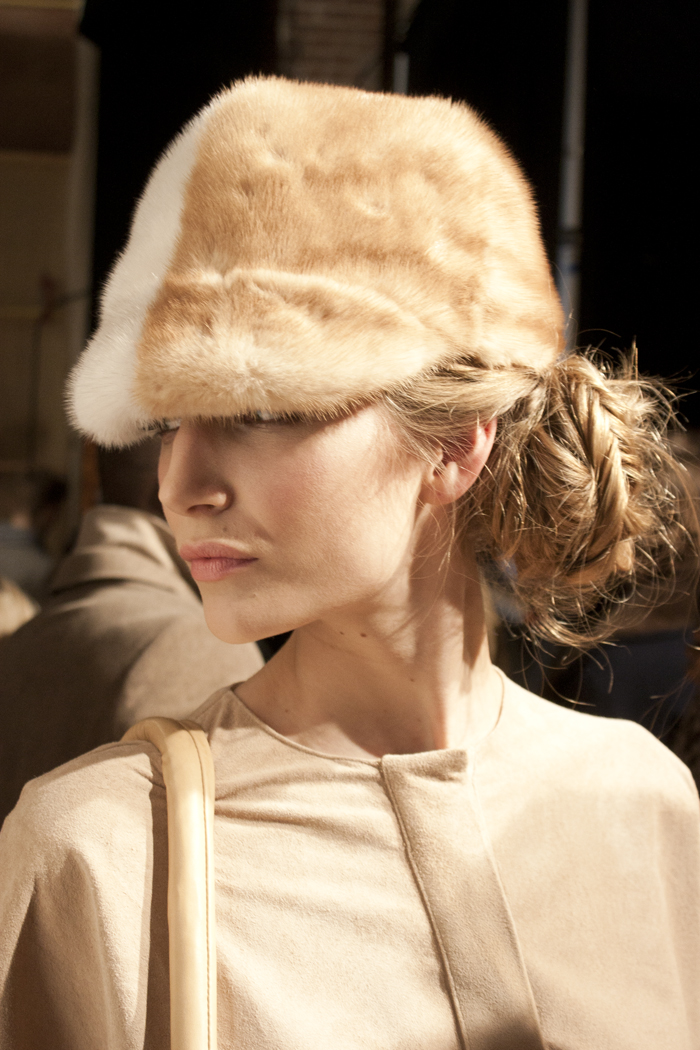 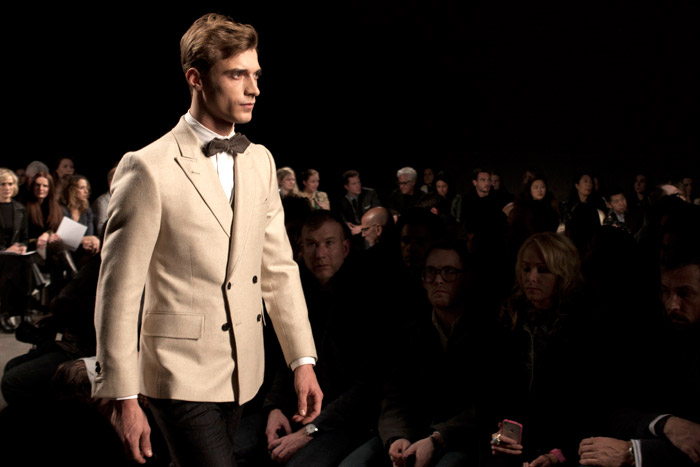