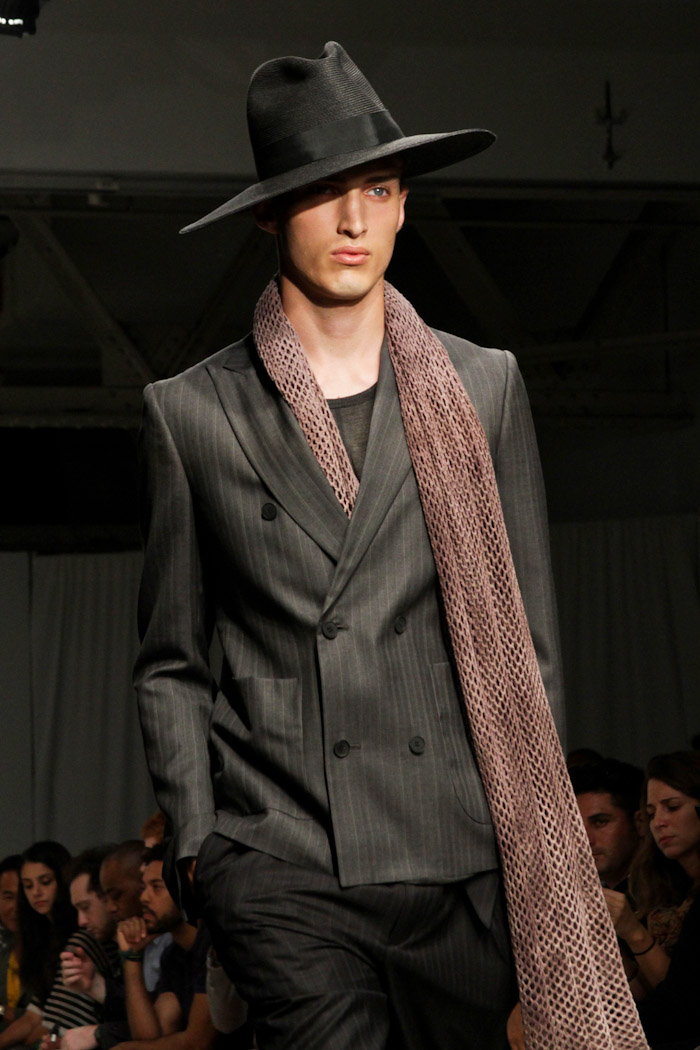 Charlie France for Robert Geller S/S 12. All photos by Julia Chesky for models.com

Robert Geller’s Spring 2012 collection was a rather somber affair compared to the vibrant colors he sent out a year ago. Working with a palette of mostly neutrals and grays, Geller pulled together an eclectic group of references for a look that was instantly identifiable as his. Wide-brimmed hats capped off outfits that were soft and inviting, but had a distinguishing edge. The rich blues were nearly hypnotic, and the dark tones still managed to have a warmth to them. Mesh appeared as undershirts in most of the looks, and in scarves and sweaters as well, mirroring the chain-link fencing that ran straight down the middle of the runway. It was the perfect mix of darkness and light that Geller does so well. 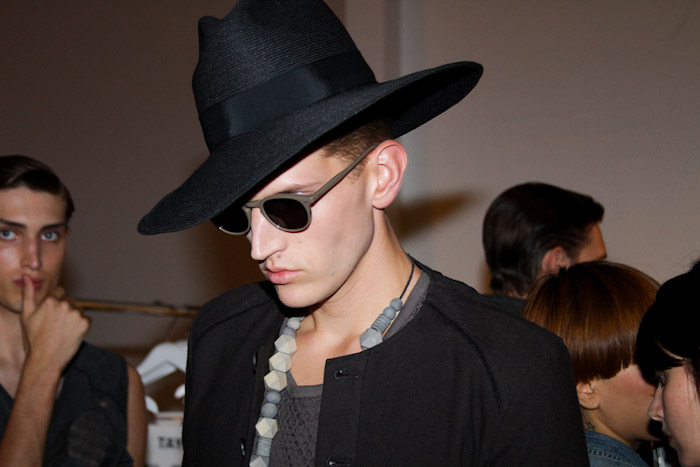 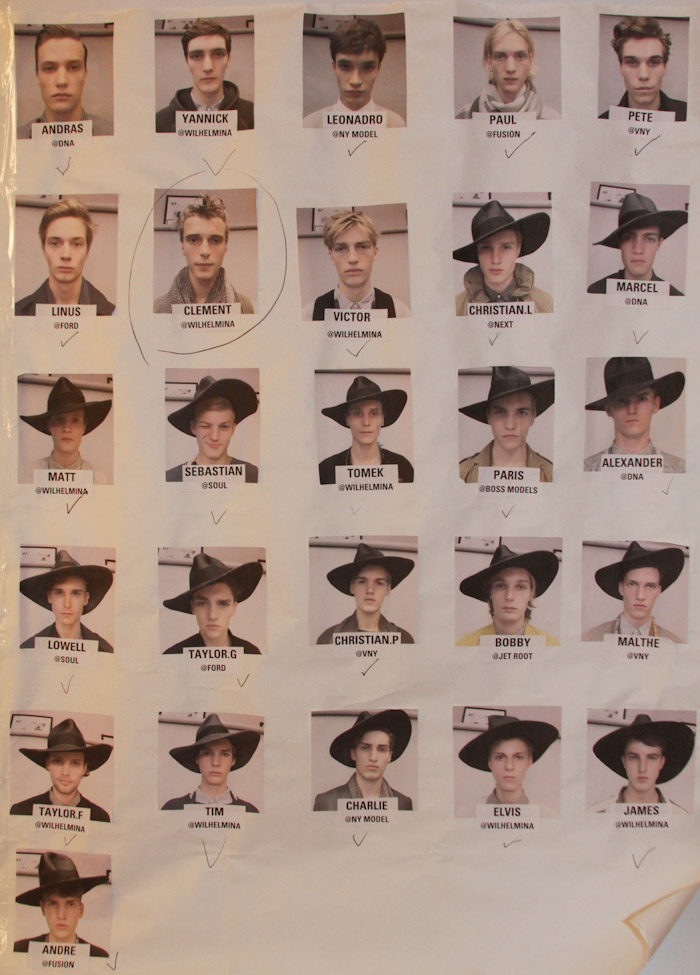 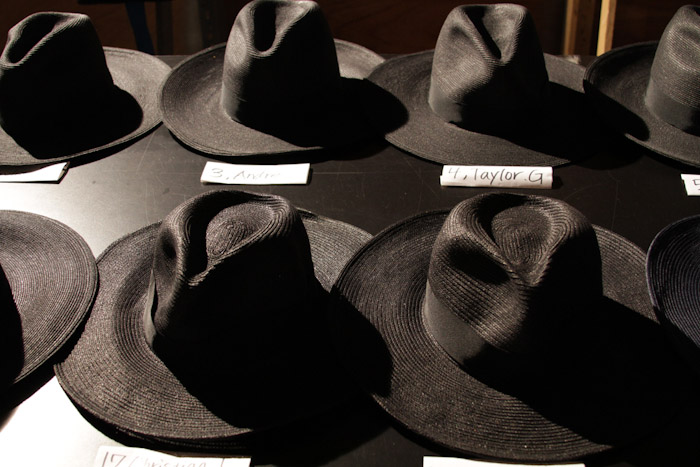 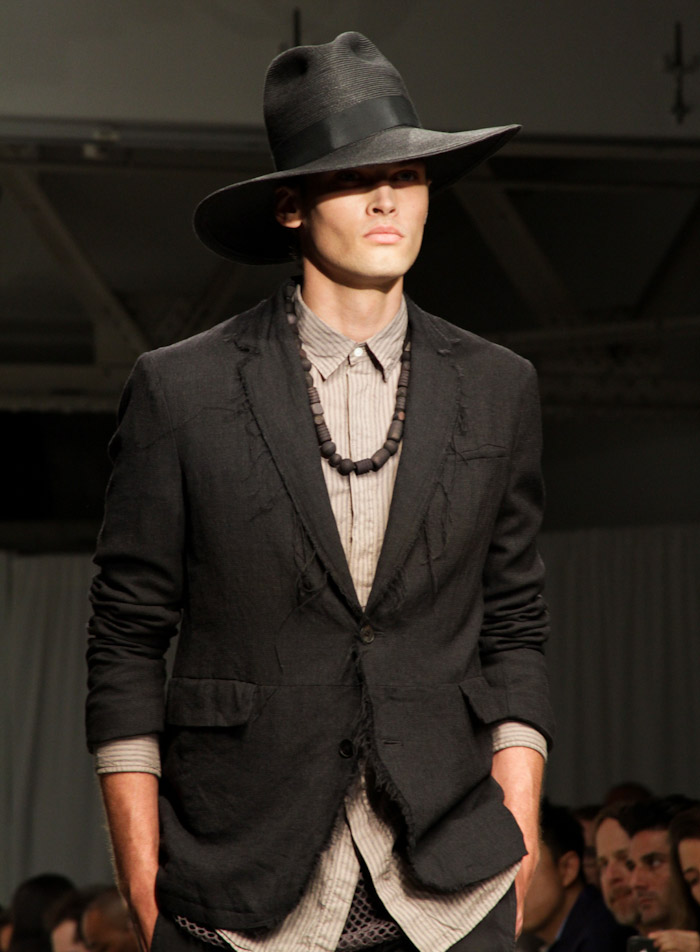 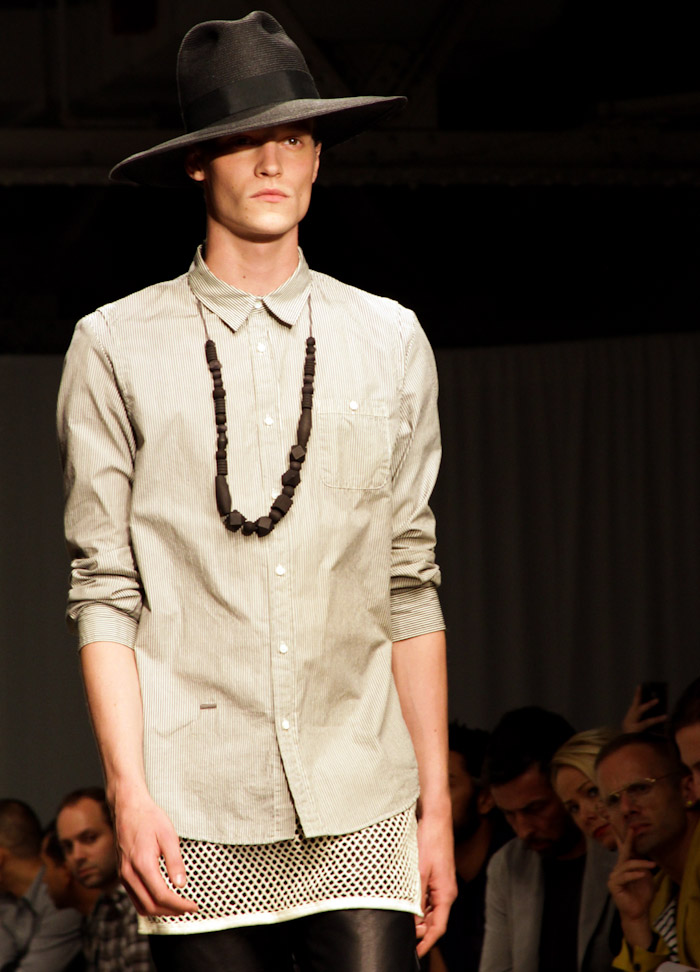 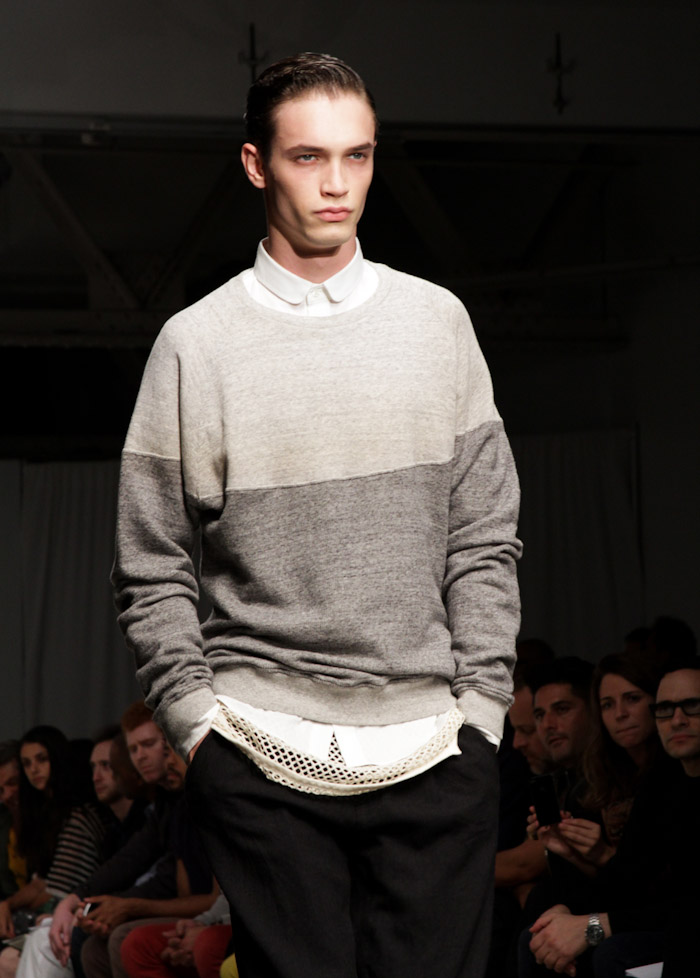 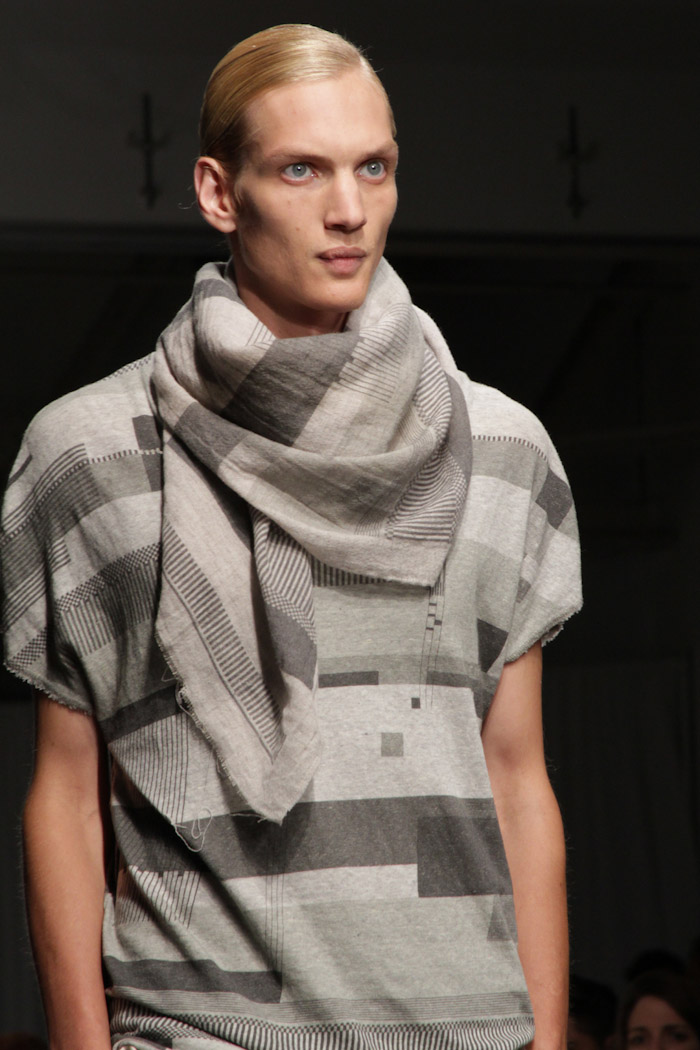 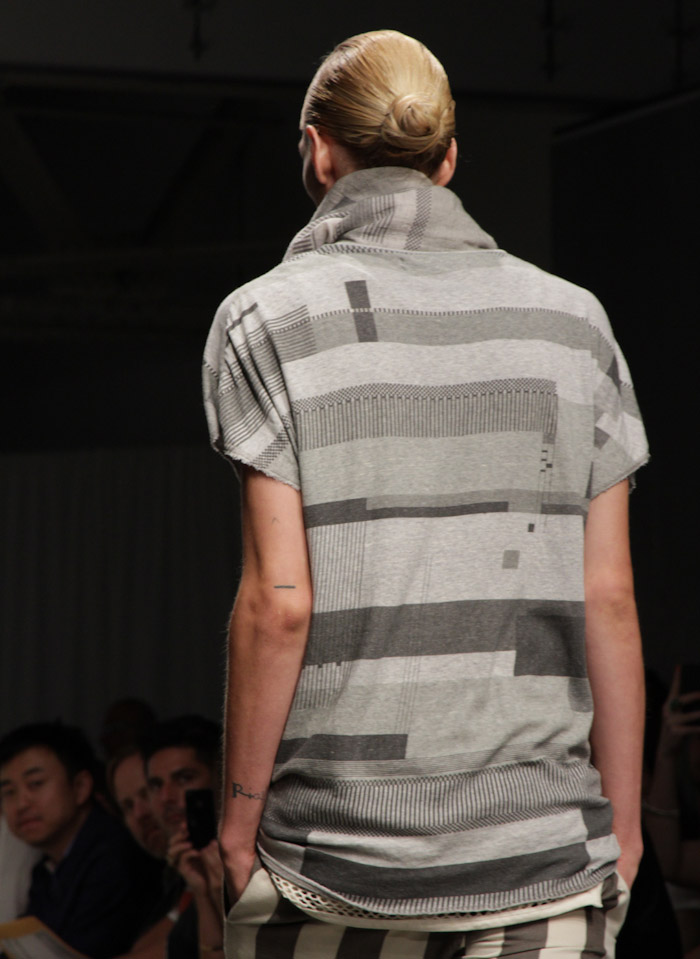 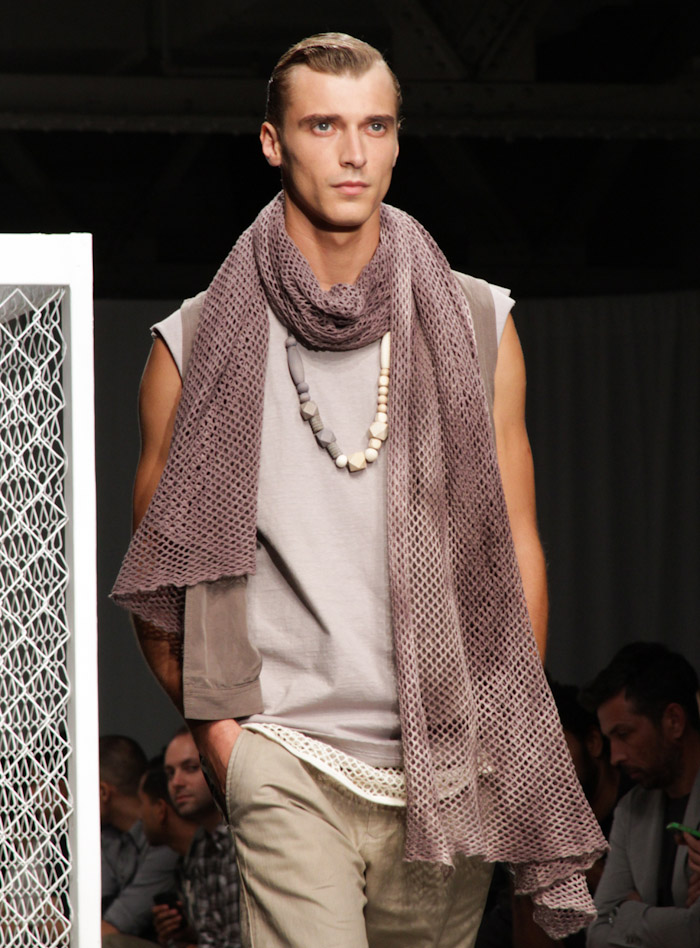 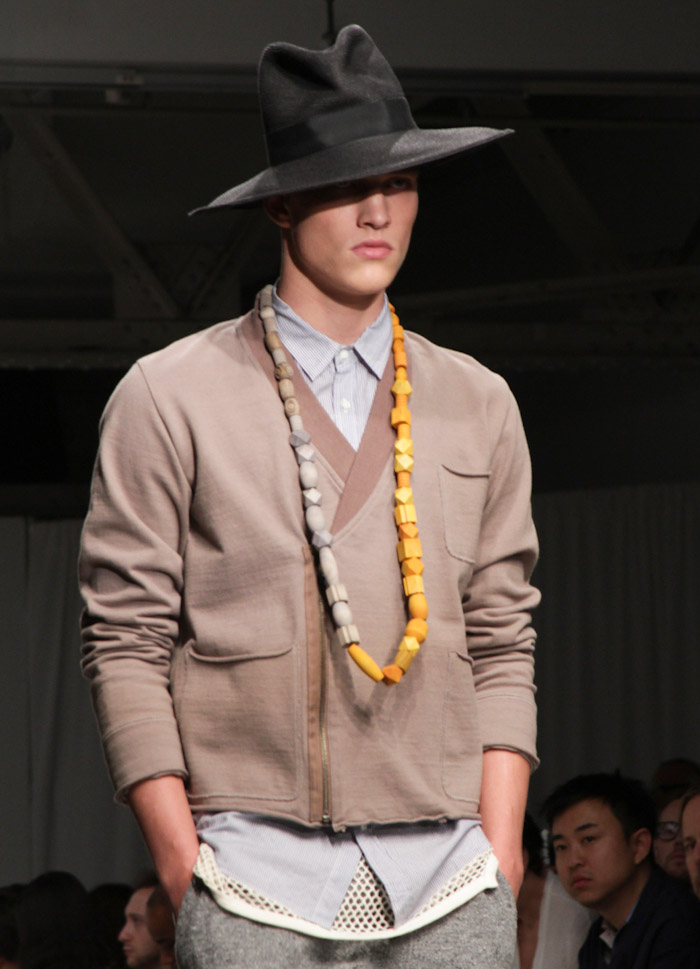 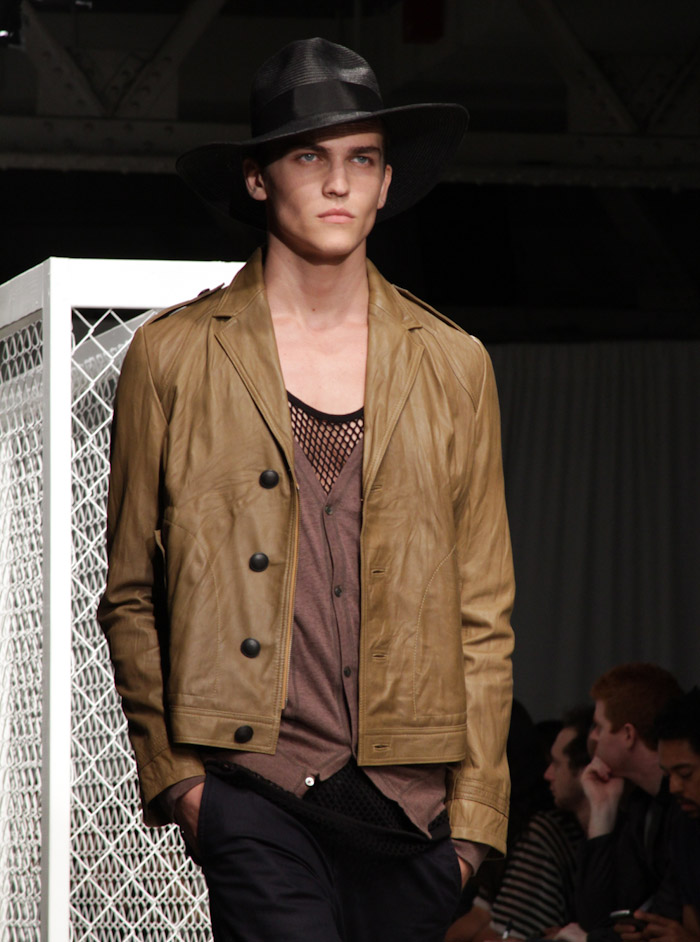 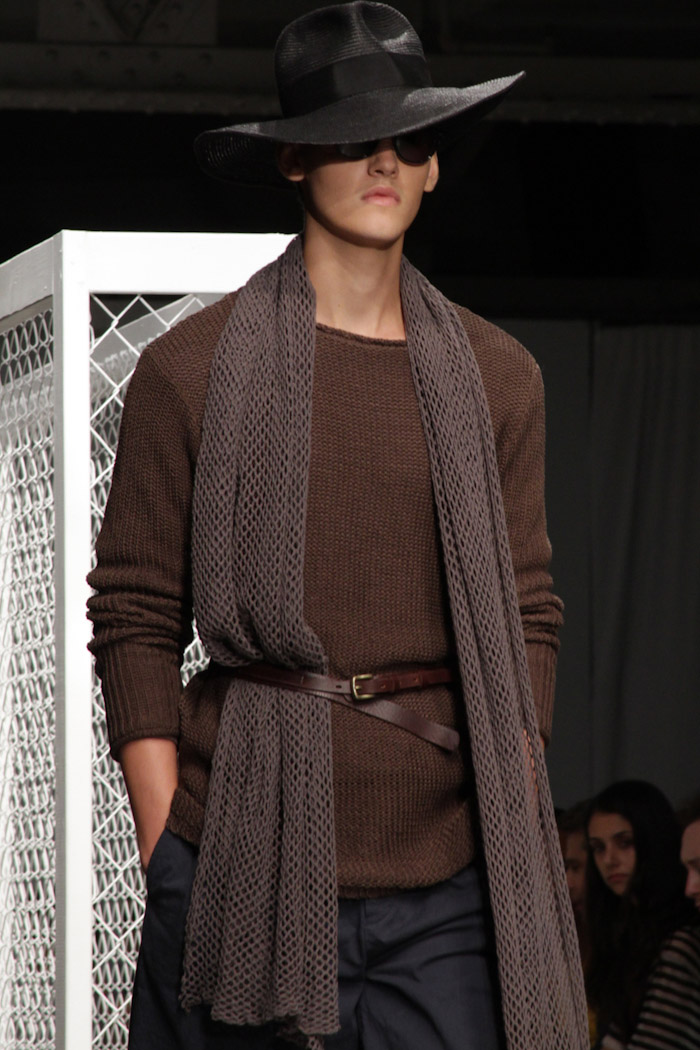 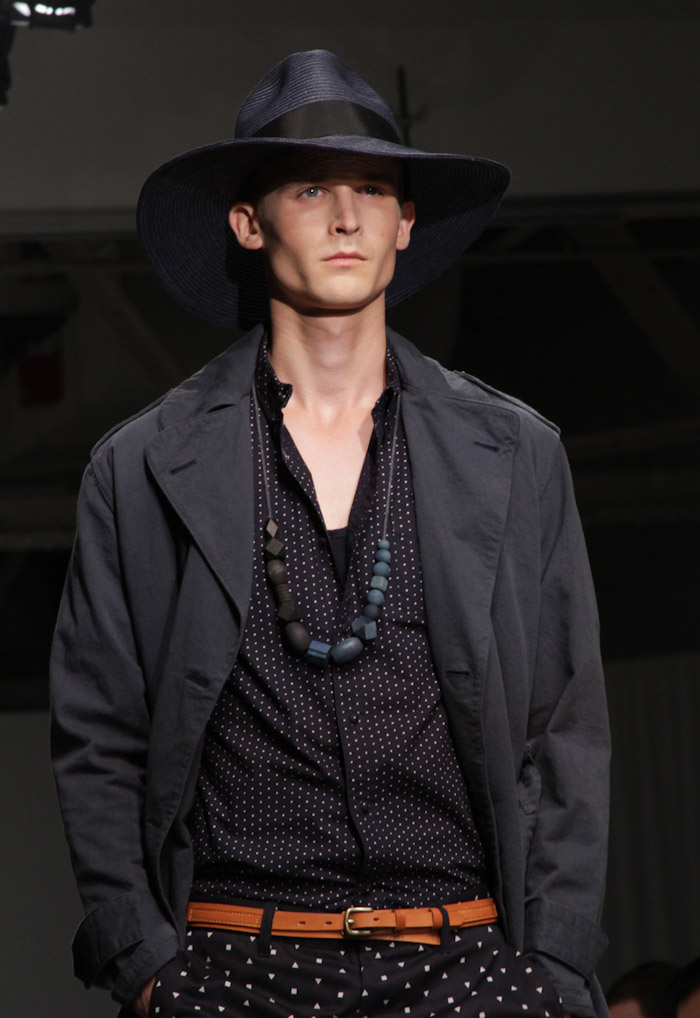 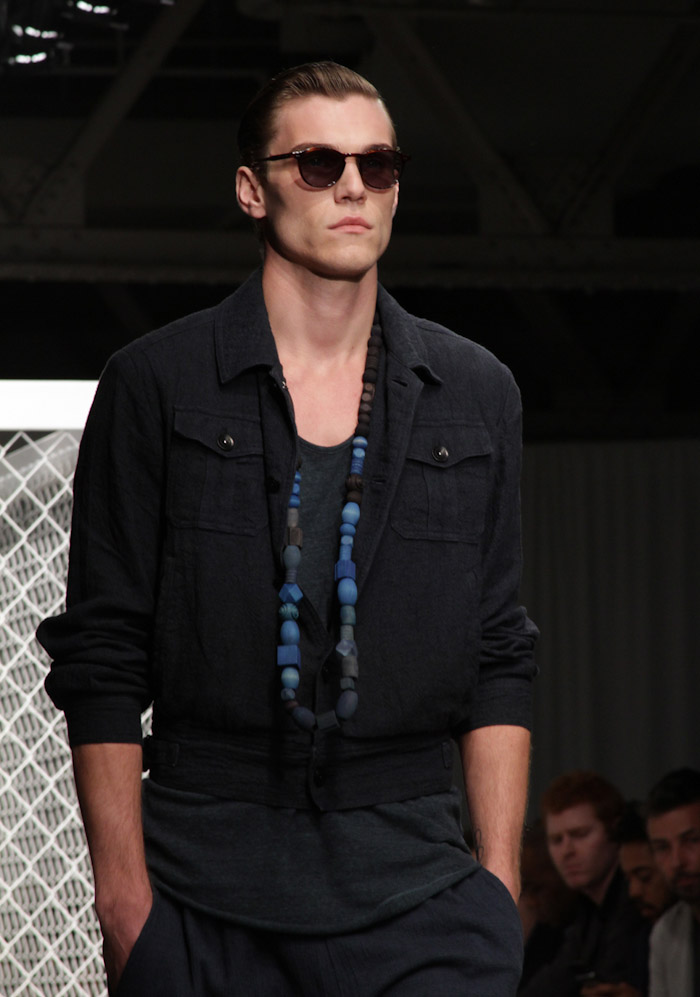 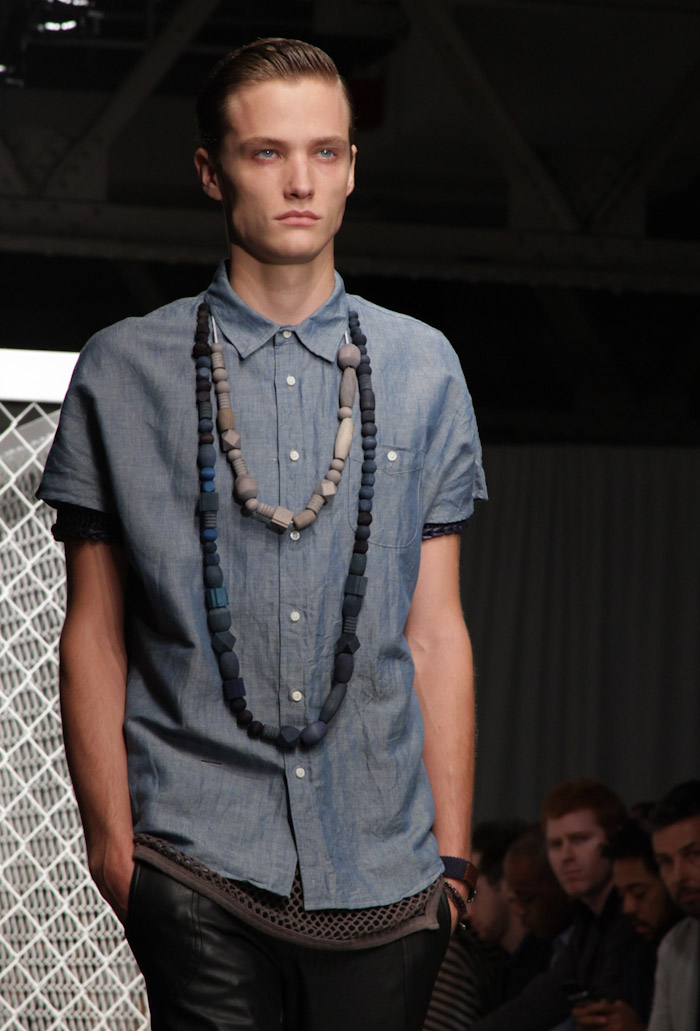 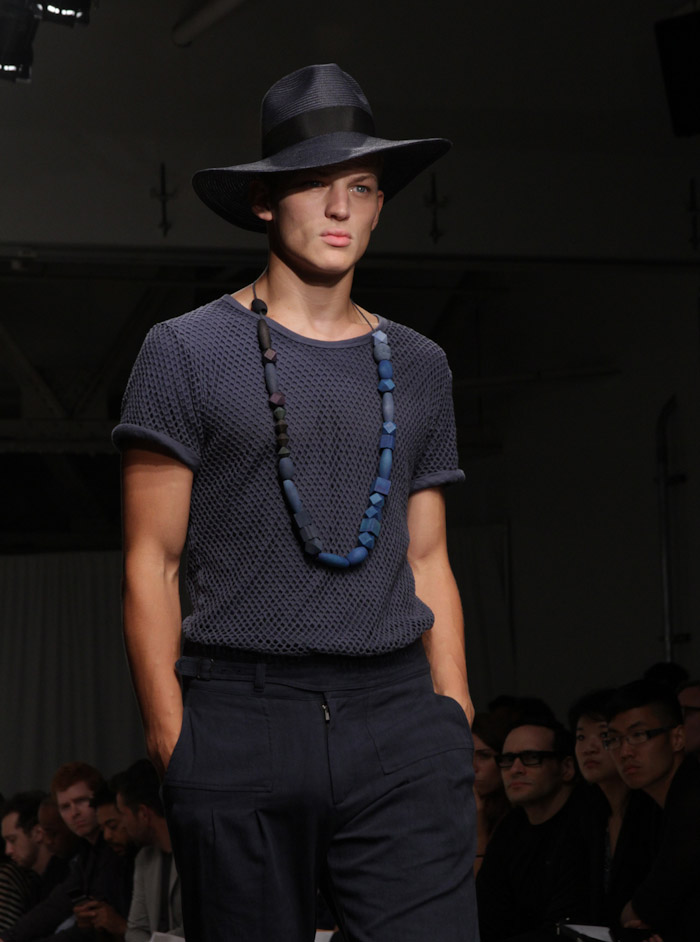 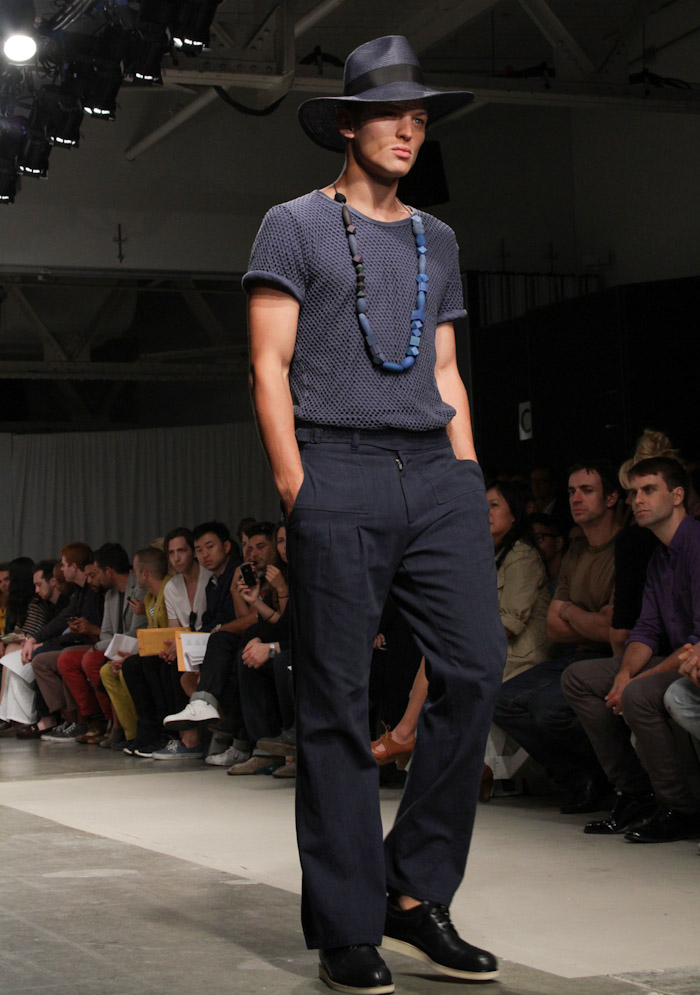 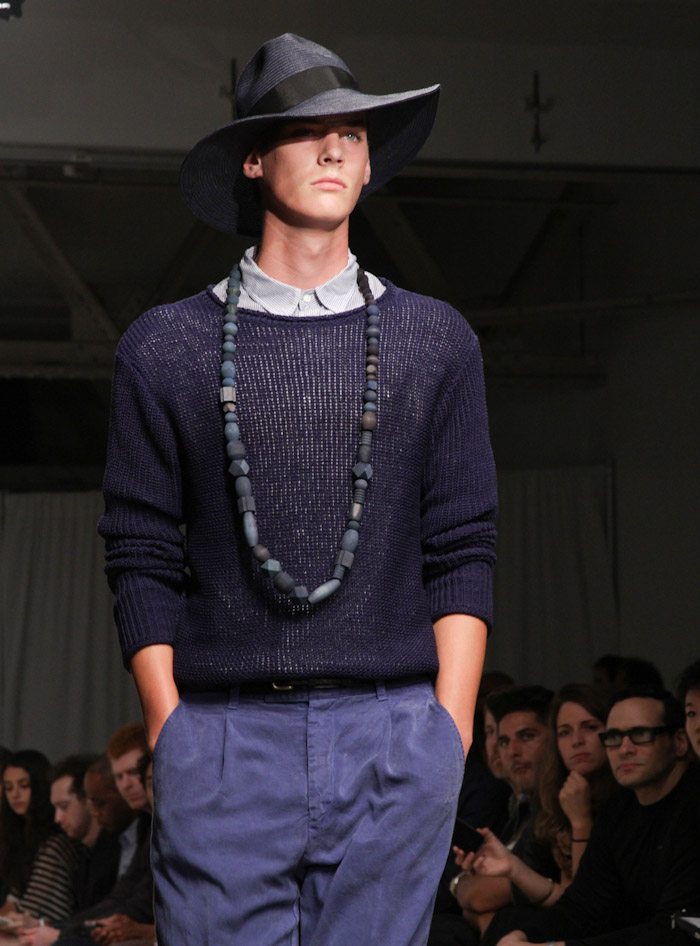 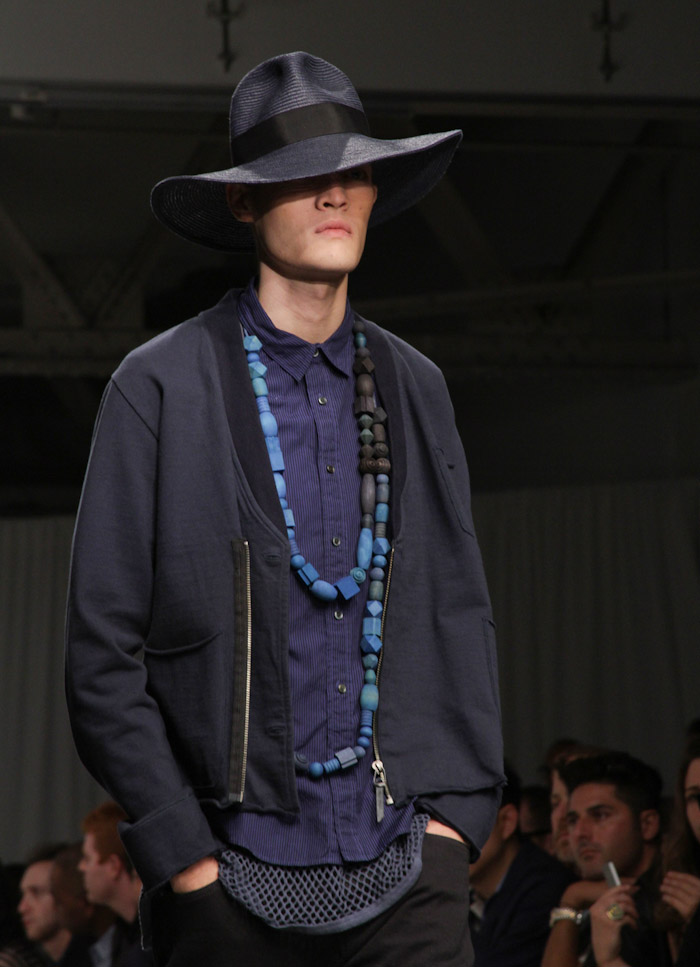 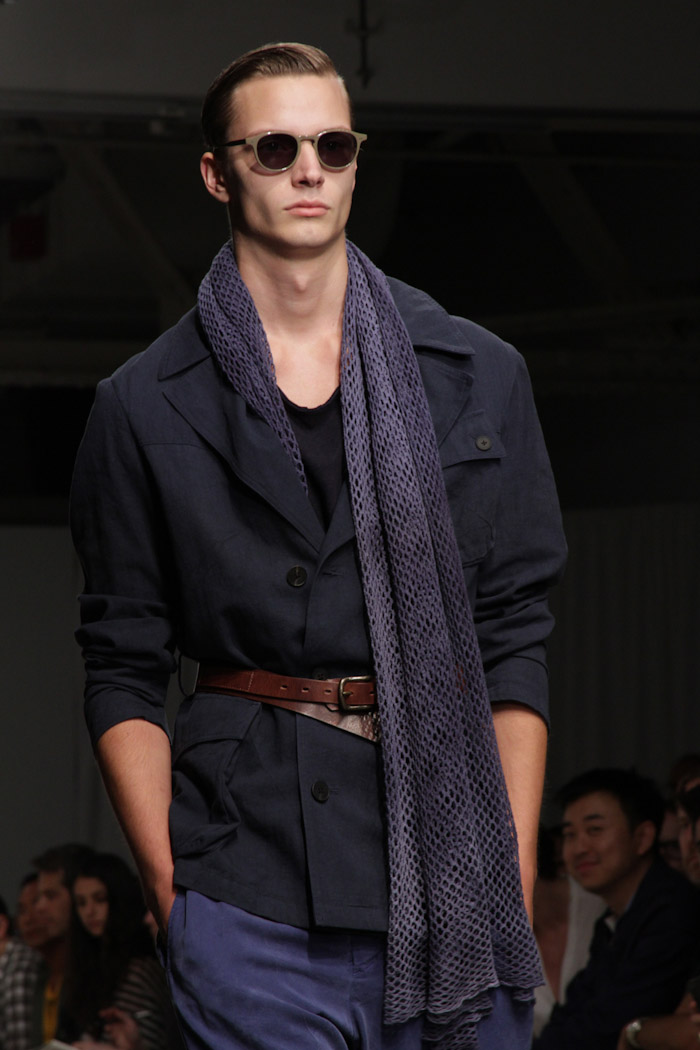