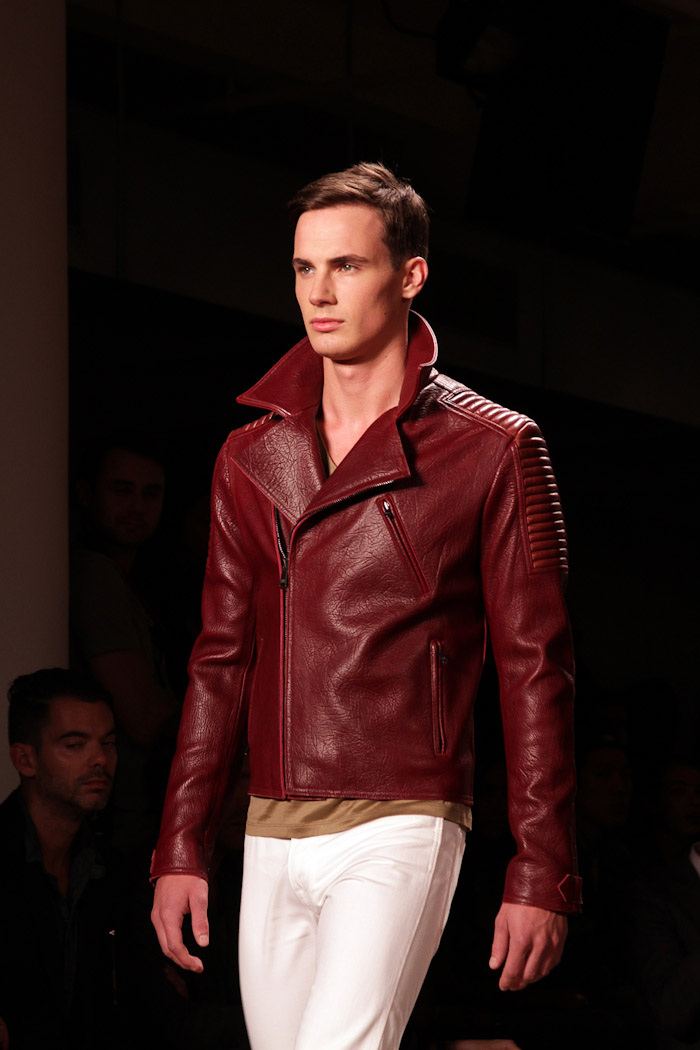 Simon Spurr, New York’s master of English tailoring, brought a harder edge to his traditionally immaculate suiting for Spring 2012. Two aggressive leather motorcycle jackets—one in black and the other in a rich burgundy—set the tone for a collection that still evoked his signature masculinity and power, yet served as a departure from his usual look. Working in olive and gold and cobalt, along with a lot of gray and black, Spurr showed military jackets and overlong button-ups that were strong and confident, finished off with knee-high leather riding boots. Leather also found its way into the sleeves of several blazers and coats, evoking college letterman jackets, while mesh made an appearance in a number of undershirts. It was an assured step forward for a designer whose mainstay is classic elegance. 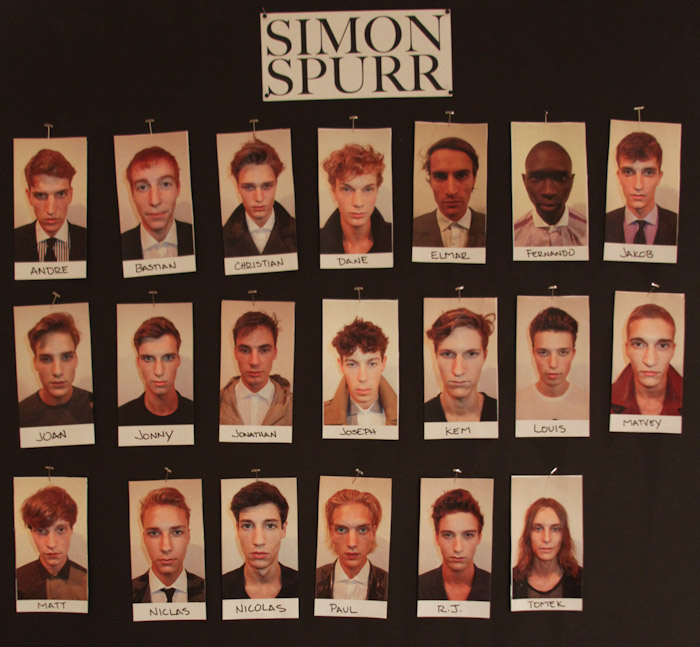 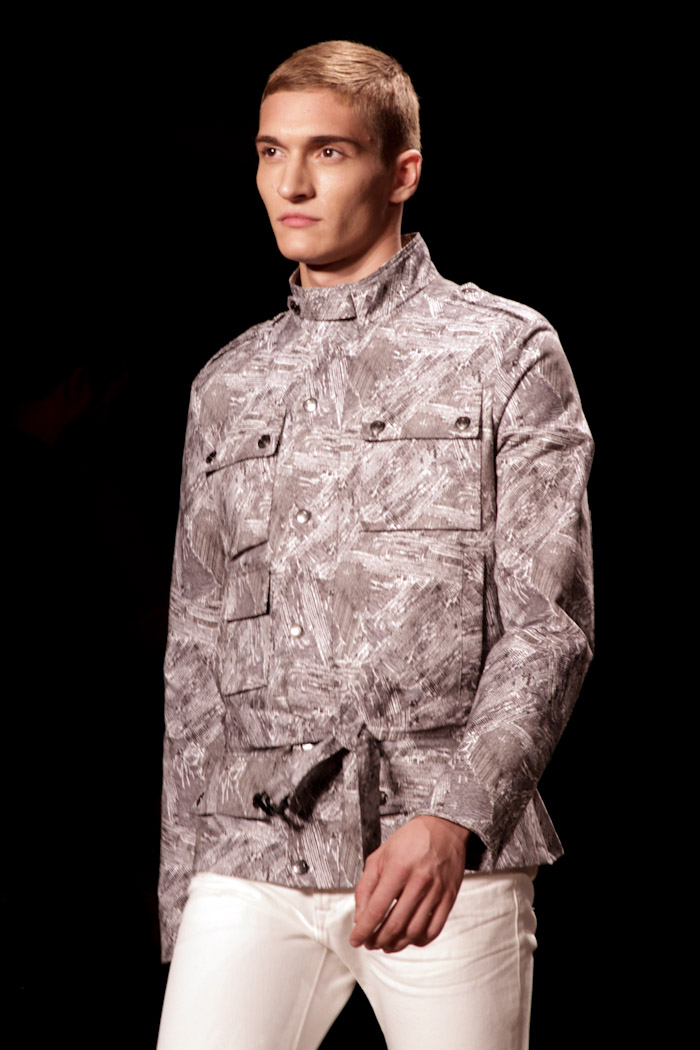 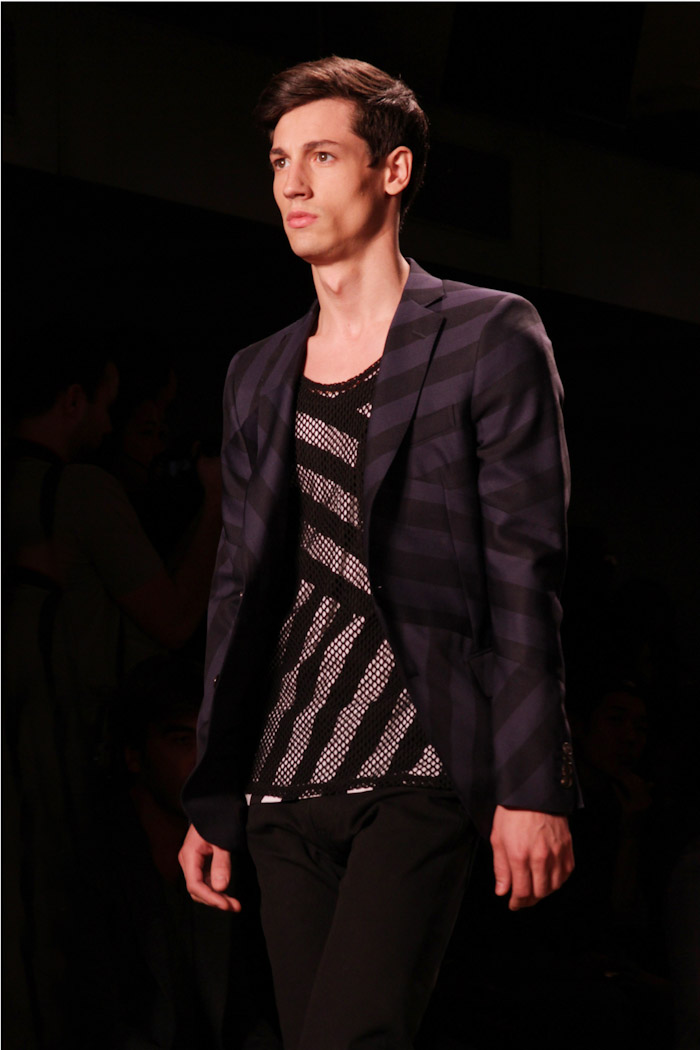 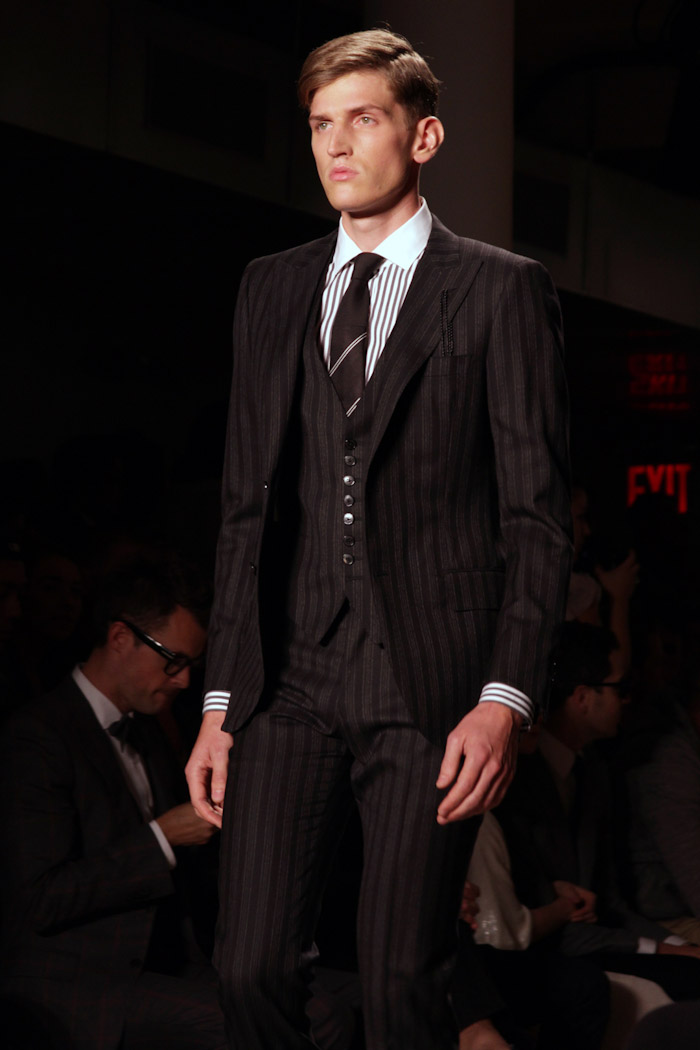 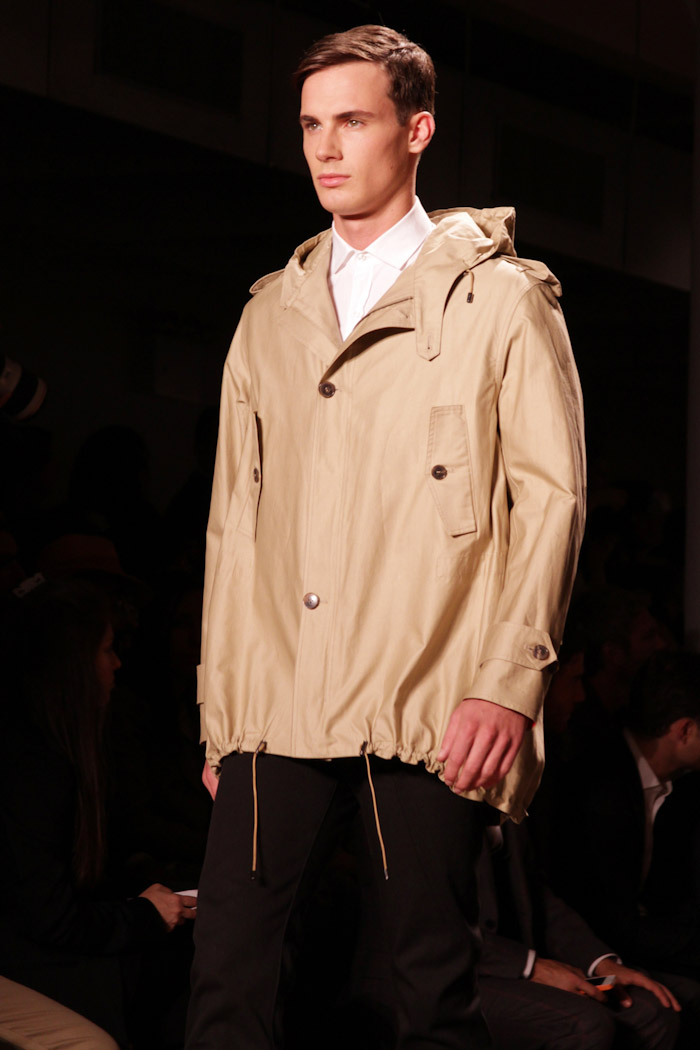 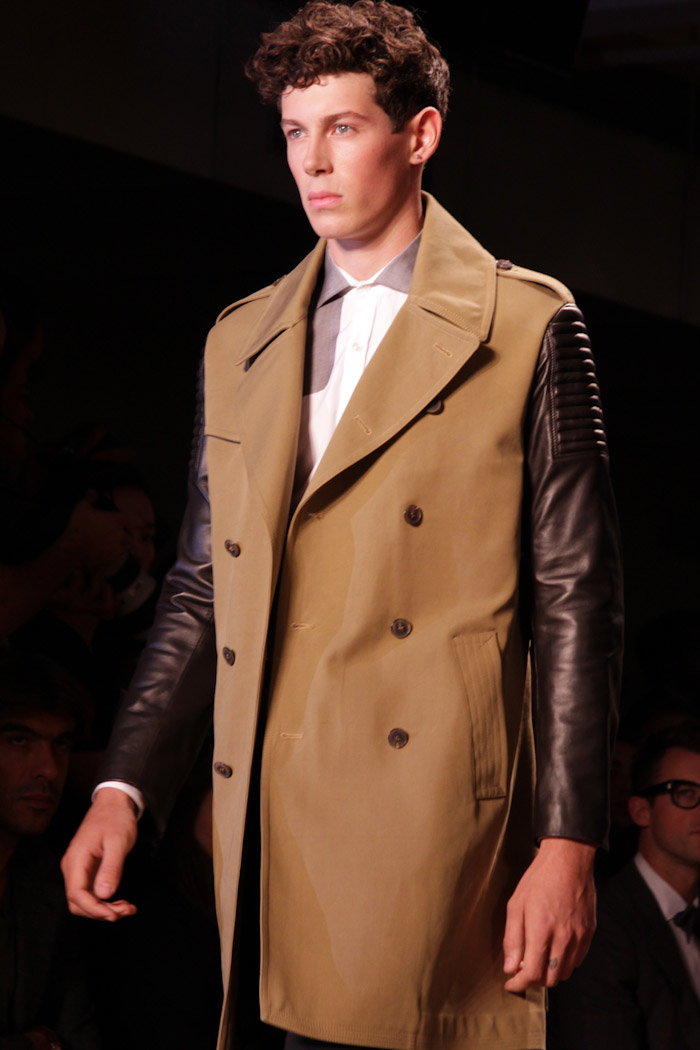 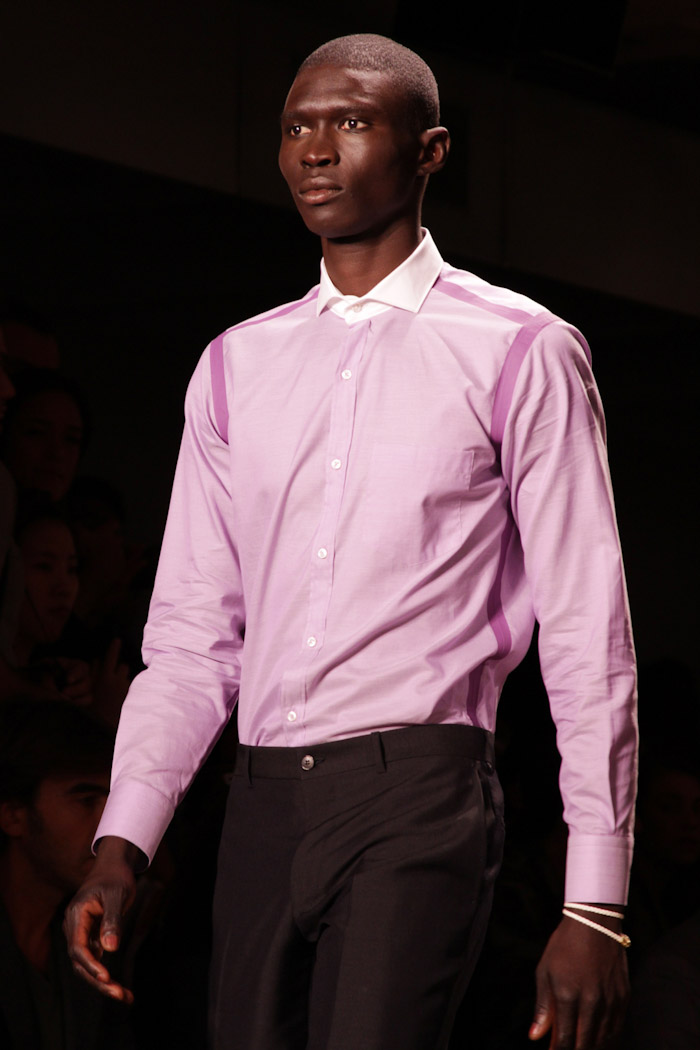 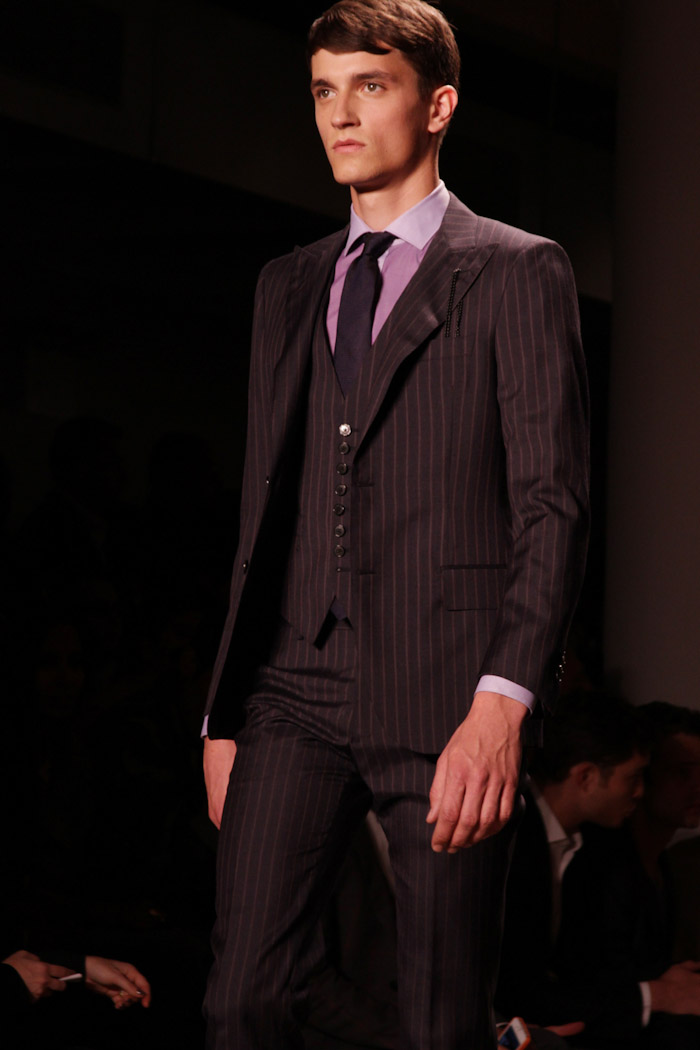 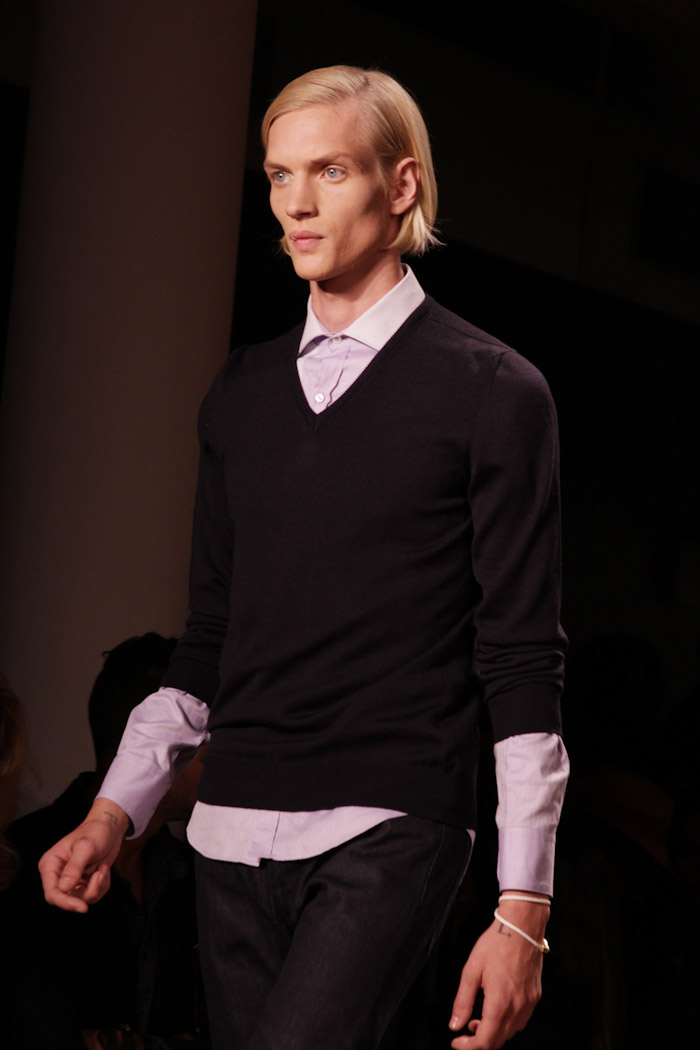 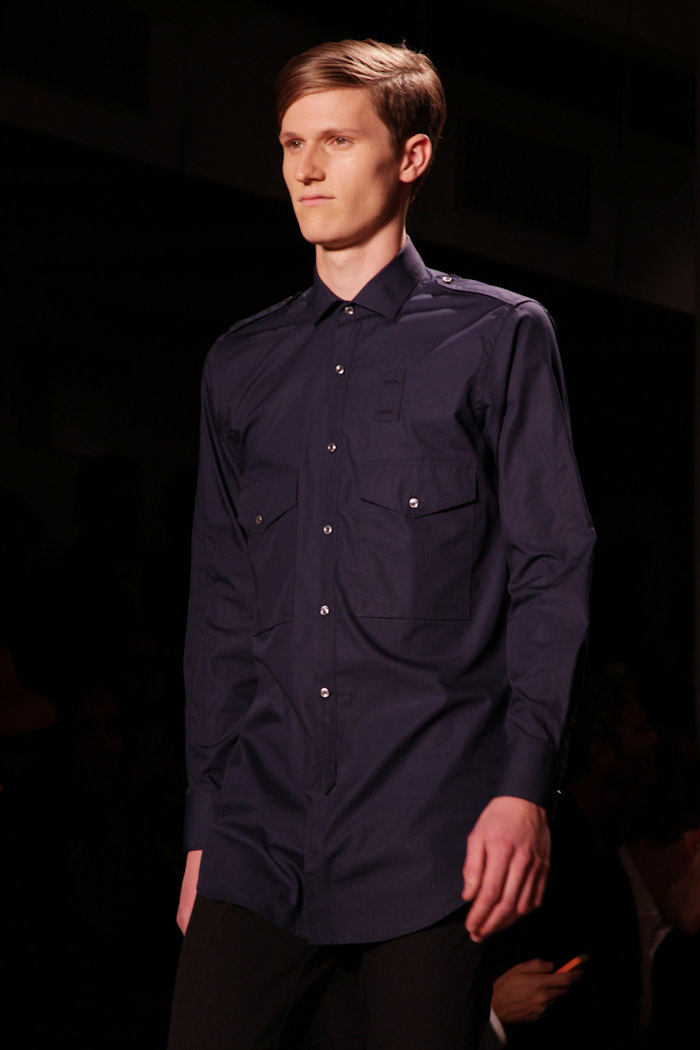 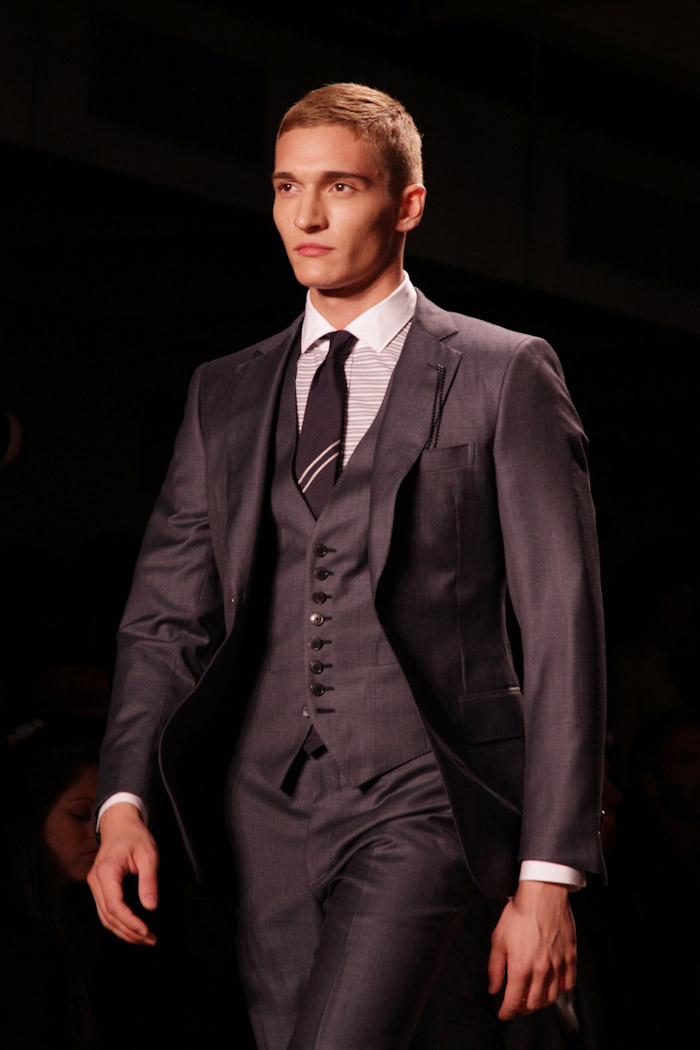 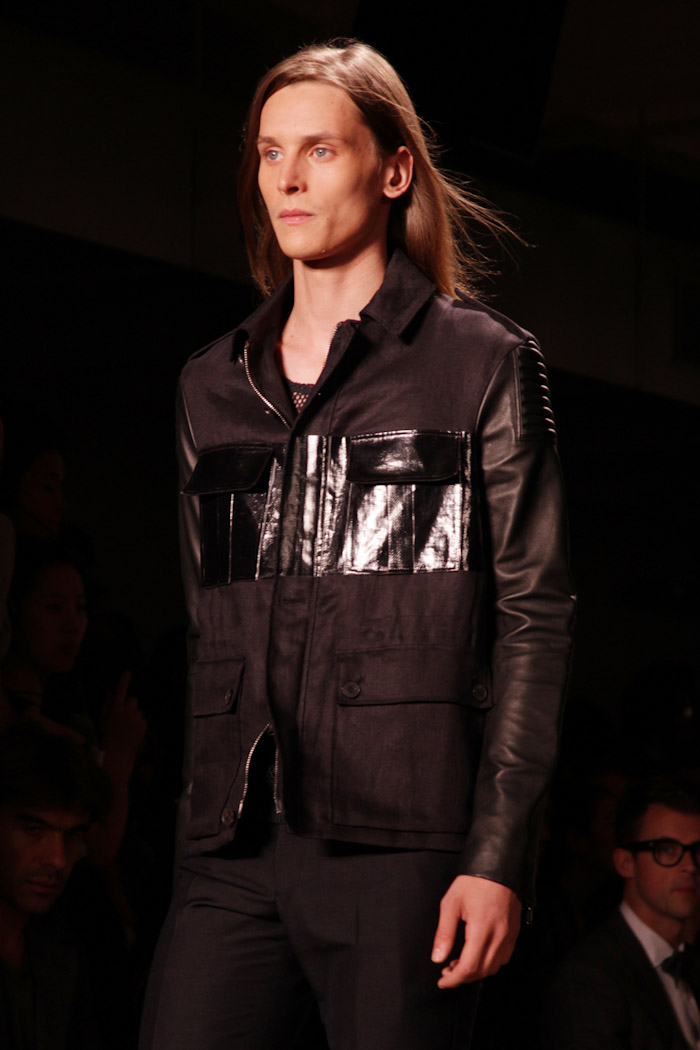 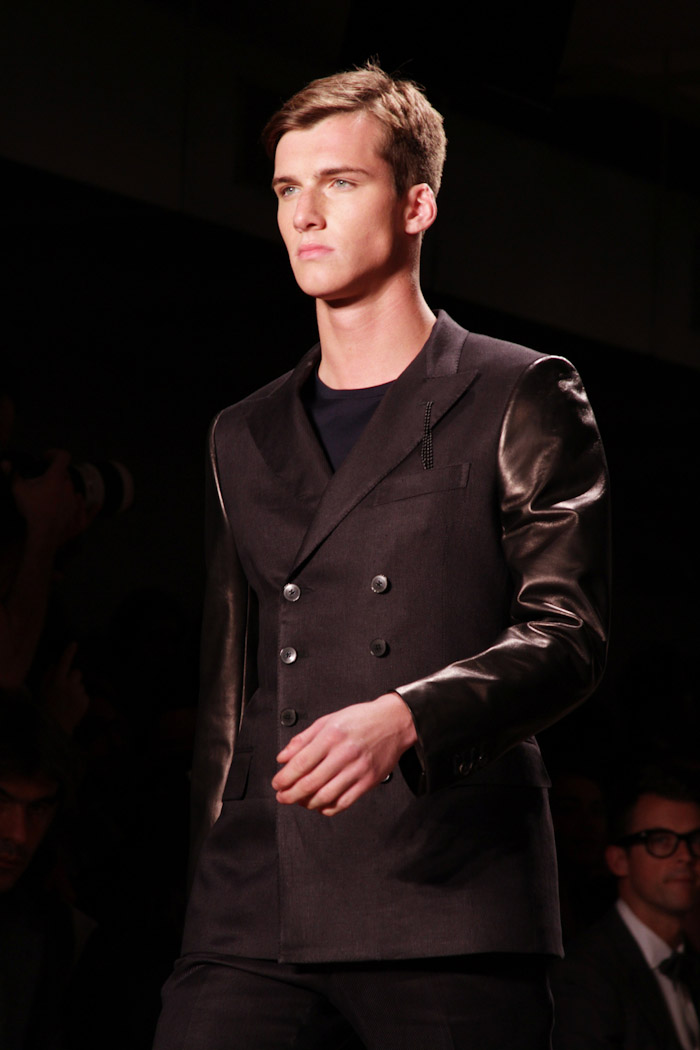 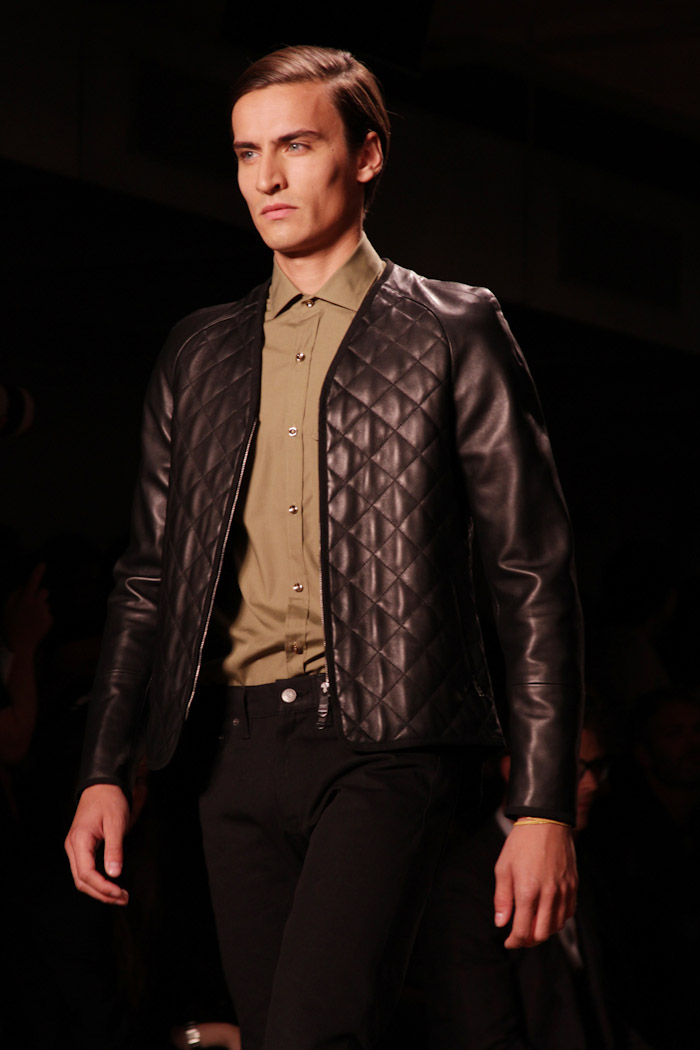 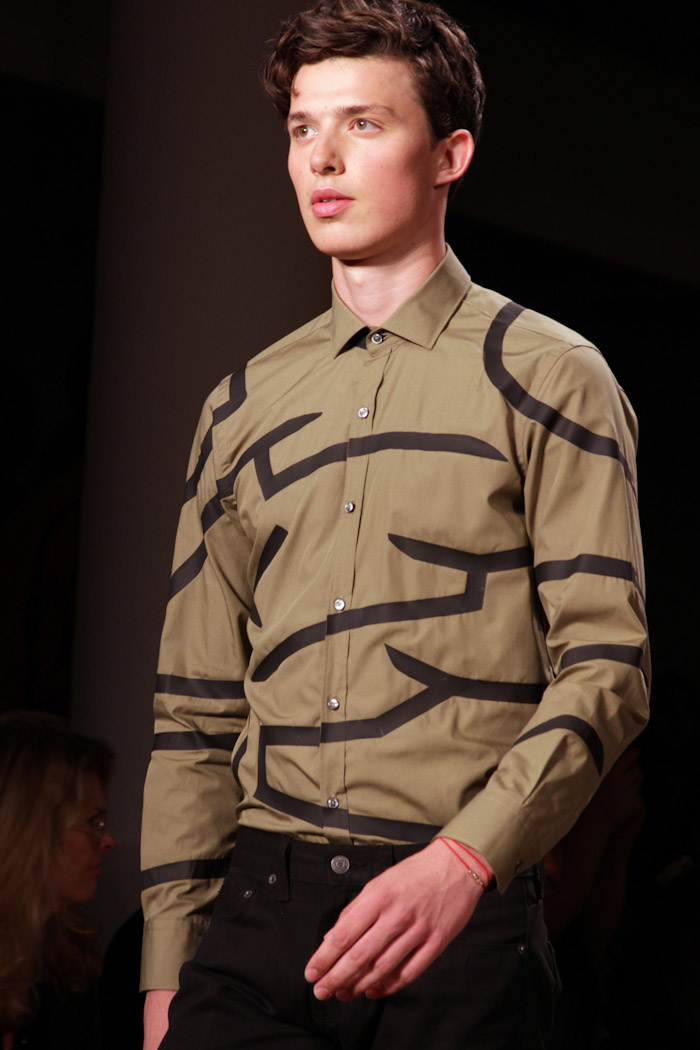 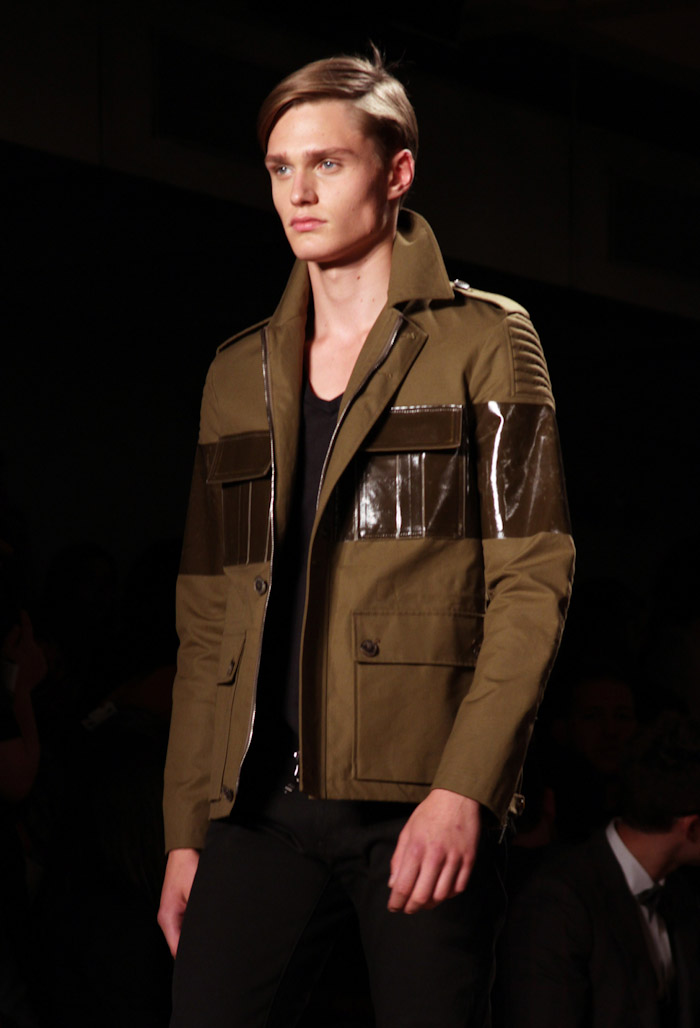 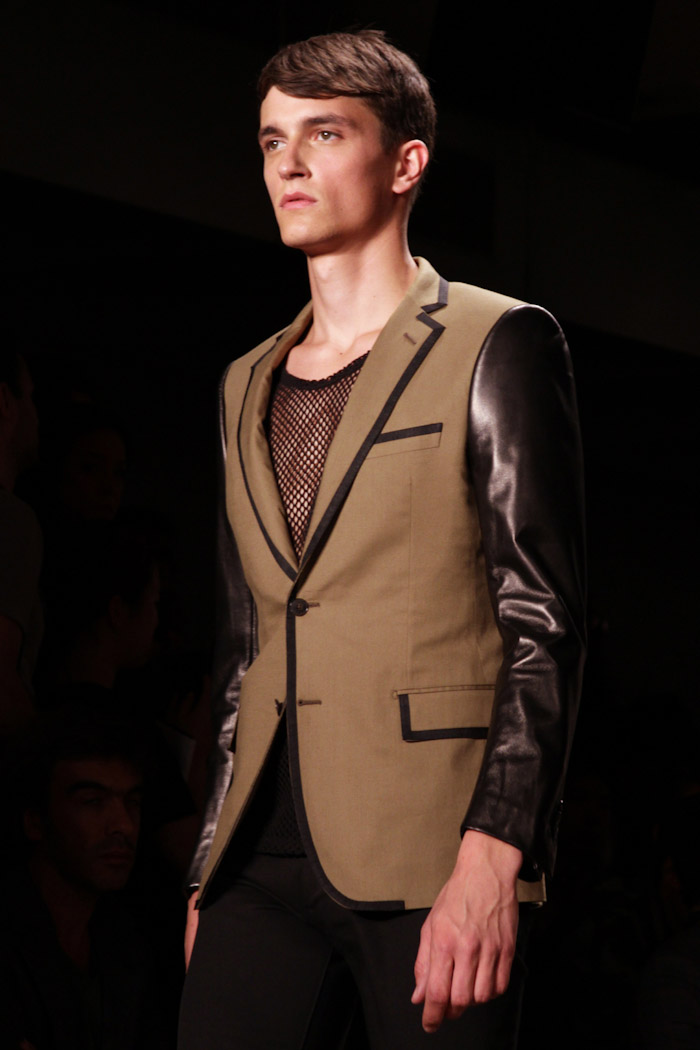 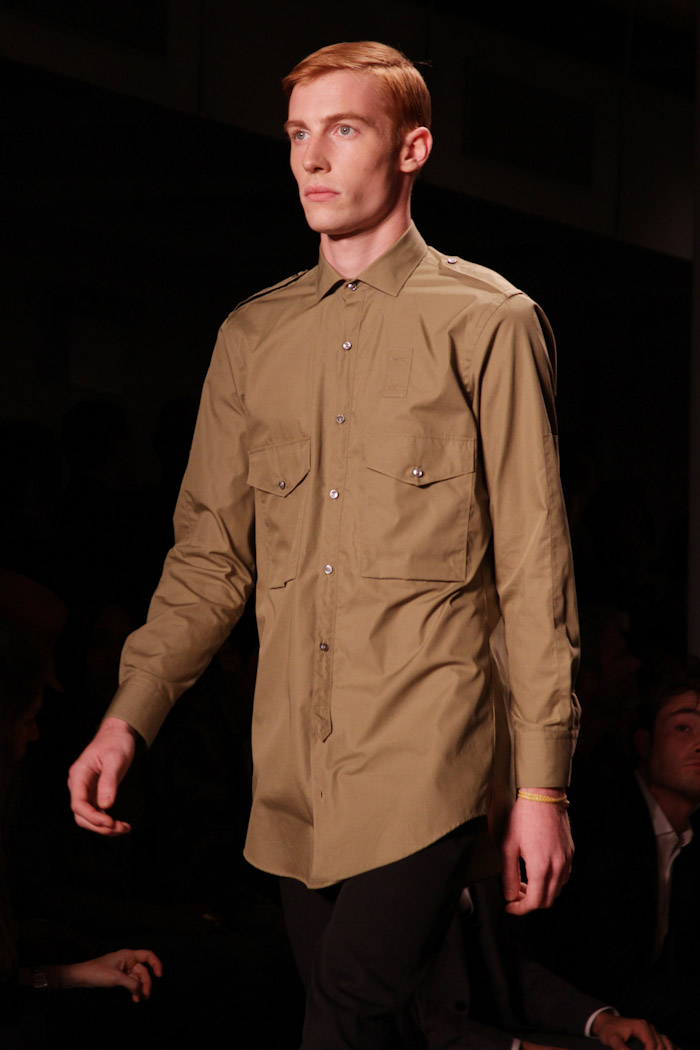