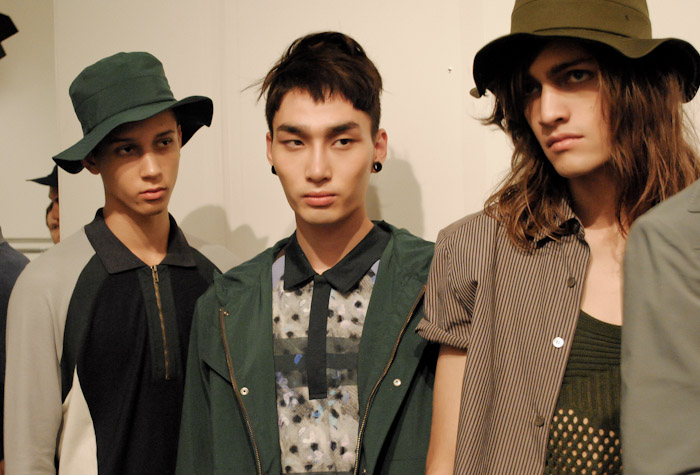 Richard Chai’s men’s collection for Spring 2011 showed a lightness that was new for the designer, who in previous seasons displayed a tough streak that, while still present, worked here in contrast with thinner fabrics and brighter colors. A series of looks in army green—a standout color of the season—faded into pale blues and creams and grays. Shirts were wrinkled, faded, and stained, and there was a definite ease to the sleeveless vests and loose-fitting button-ups. Knotted necklaces gave added texture to the outfits, which floated and flapped freely as the models walked. “I was thinking about individuals,” Chai said backstage after the show, “and individual ways of dressing.” That emphasis came out in the “eclectic mix of guys” that walked the show, from new faces to the “kids we use repeatedly that embody the spirit of the brand.” Chai explained that he tried to inject the collection with a light-heartedness after the starker, more graphic looks he showed for Fall. He found inspiration in his new collaboration with Penguin as well, pointing to the brand as an emblem of breeziness. But in the end, it came back to the personalities beneath the clothes. Hugging Clément Chabernaud, Chai said, “It’s surfers meets backpackers meets urban warriors meets supermodels like this guy here.” 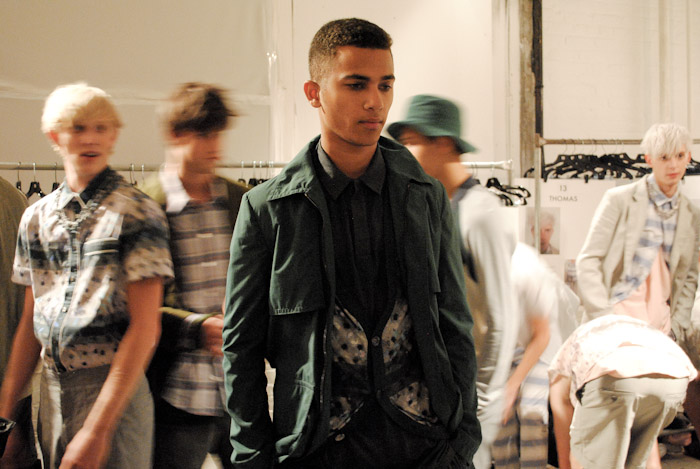 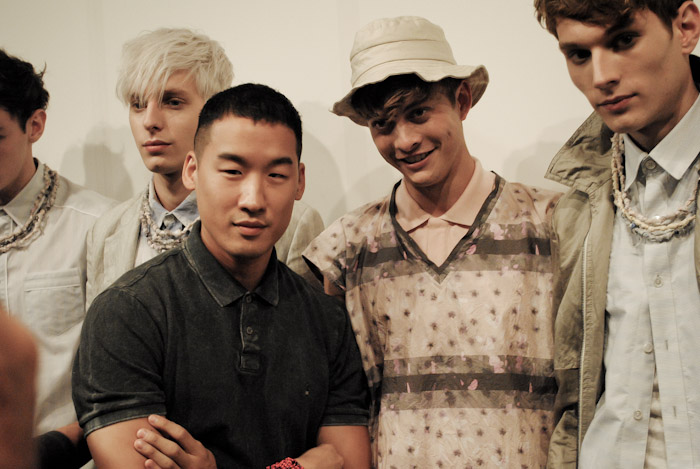 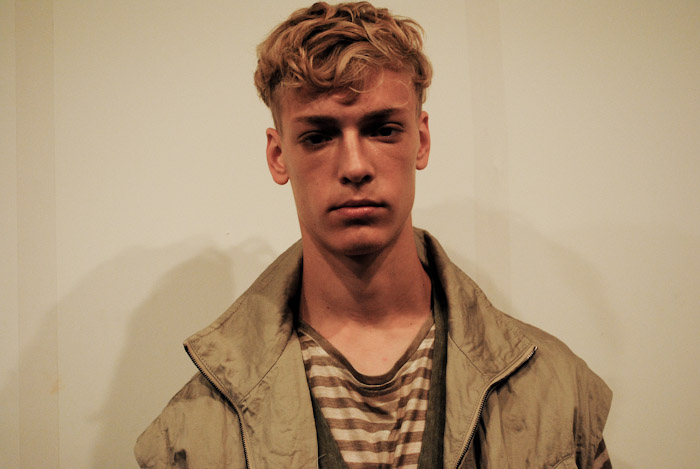 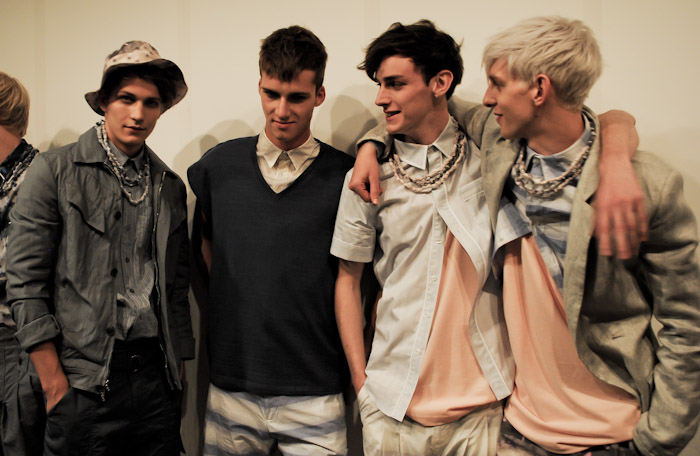 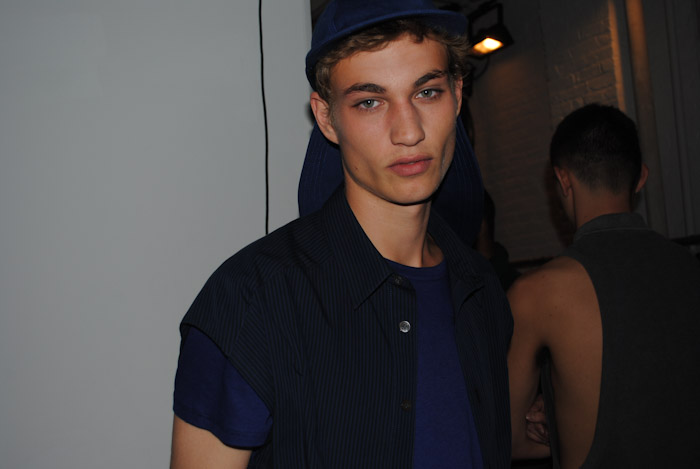