As one of the quintessential 90s models Danielle Zinaich has appeared everywhere from the cover of Vogue Italia and Bazaar, to the world’s most selective catwalks. With her unmistakable gothic features and skill in front of the camera she is everything one could ask for in a model and then some, but her story doesn’t begin and end with iconic fashion moments. Behind the glamorous fashion facade is a working mother of two and seasoned professional adept at juggling career and family life. MDC catches up with Danielle to discuss changes in the industry and what it was like being on those legendary Meisel shoots.

MDC: So, you took a little break for a while?

Danielle: I did. I have two kids. They are nine and five now. I took breaks during my pregnancies and for six months after each child.

MDC: You look incredible. You were talking to me about some of your secrets. Would you like you like to share why your skin looks so great? You just glow.

Danielle: Thank you! Well, I think what you put in your body is what comes out. If you’re putting garbage in your body, all of that is going to come out in the form of acne, bad stuff coming out of your body. I try to eat really clean and organic, I don’t take medicine, don’t smoke, and don’t drink. I’m really good to my temple, my body. I treat myself well. I work out, do yoga, and take homeopathic medicine if I do get sick or run down. I do herbs as well. I really treat myself well and take care.

MDC: Where are you from originally?

MDC: You must be one of the only models from West Virginia!

Danielle: I definitely think I am. I started in Pittsburgh, and there’s a small market there. And then I had a choice to make between New York and Paris, and my parents wanted me to go to Paris, actually. They thought it was safer for me to live in Europe at seventeen than in Manhattan. I think they made the right choice. And that was a culture shock for me. I had never taken any form of public transportation before. I had never taken a taxi or a bus, never been on a subway, so they brought me to Paris and sort of taught me in one week to do all of those things before they left me on my own. That was my schooling, you know. A schooling of travel.

MDC: In terms of your career from before, I’m sure there have been so many highlights. Are there some that stand out for you?

Danielle: Definitely. There’s a bunch of shows in the nineties with the top models: Evangelista, Naomi, and Kate. Being right there sandwiched between them in the lineup to go out for Versace or to go out for Dolce and Gabbana… You know, feeling those moments, with Gianni Versace, and all these amazing designers. I could name many designers I’ve worked for, but I don’t want to single any one out. But those are some of the most memorable moments for me from the past: fashion in the nineties. 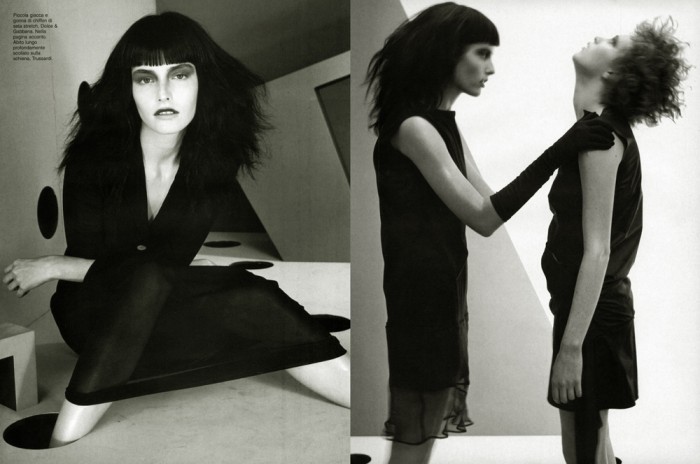 MDC: In terms of your work, pictorially, what are some photo shoots where you’ve felt, “Oh my God, I totally remember that moment.”?

Danielle: One that really stands out to me is an editorial I did for Italian Vogue with Steven Meisel. I had very dark eye-makeup, and I always had the thick dark hair. I was with Karen Elson, and I had my arms inside holes, so it sort of looked like the arms and legs were amputated in a weird way. It was very witchy and hard looking. I loved that editorial. It’s one that really stands out in my mind.

MDC: If you had to name a fashion city, which is one that you love?

Danielle: Well, I have to say, I’m definitely a downtown New York girl- edgy and street kind of girl. But, I have been spending a lot of time in Paris and j’adore Paris! I love the French women. I love the food. I love the atmosphere, the smell, the feelings that I get when I’m in Paris. I started off there and lived there for about a year, so Paris has a special place in my heart. 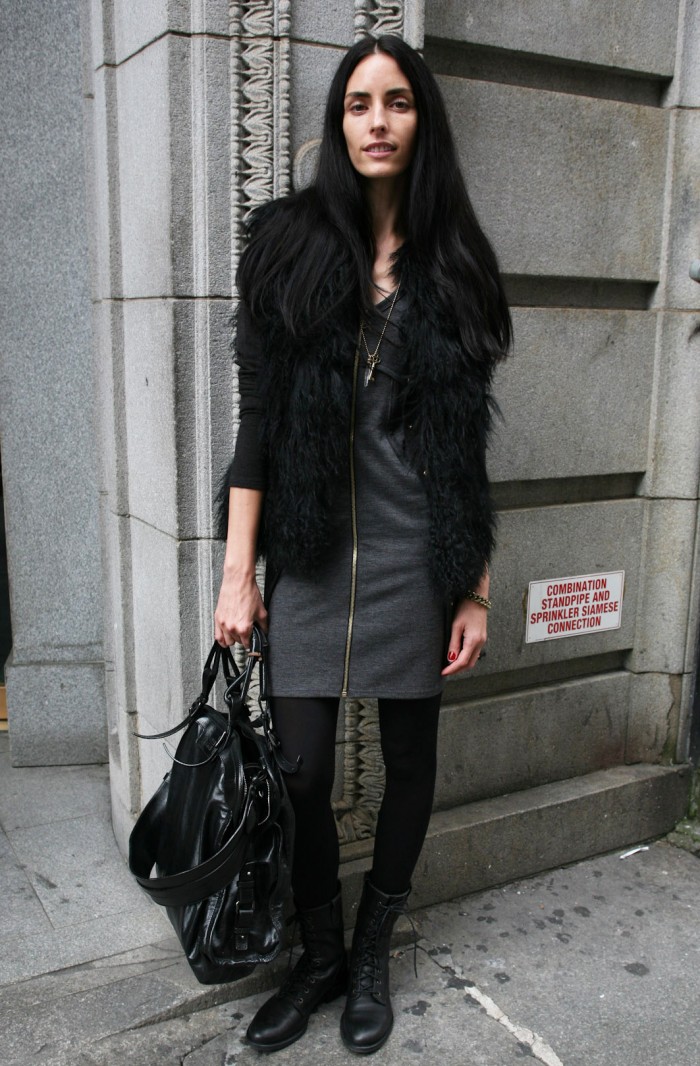