What was the story when it came to models in the year 2009? As we came to the end of a tumultuous decade, one thing was clearâ€¦ being the instant sensation of the moment is no longer the headline. Sustaining a long and consistent career as an exciting and inspiring model is the new directive for a new decade and from OTM’s scan of the last 12 months these were the 10 girls who generated the biggest stories of the year. 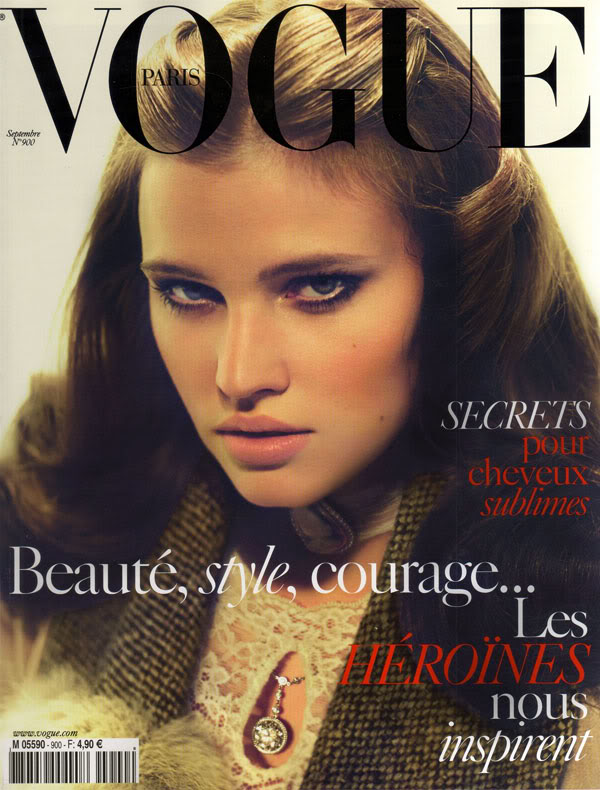 There was no model story this year bigger than the Lara Stone chronicles. From chameleon covers of Vogue Paris, W, Love, ID, US and British Vogue to the big clinch that was the Louis Vuitton Spring 2010 ad, Lara borders now on the status of cultural sensation. And how that is needed! 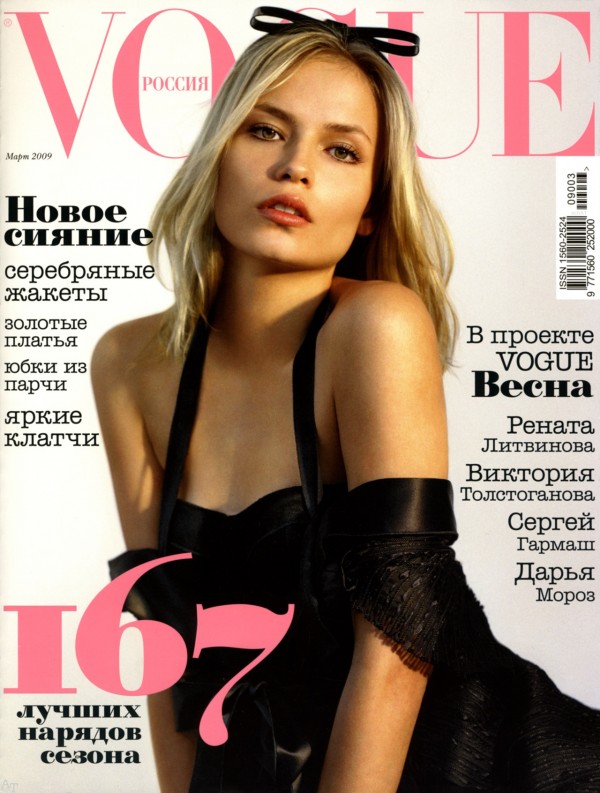 Her career is a blueprint of immaculate management and while Natasha Poly has always garnered the campaigns, editorials and cover support of the Vogue Paris/Inez and Vinoodh axis, 2009 was the year that Meisel muscle opened up the pages of Vogue Italia and US Vogue to one of the most flawless models of recent times. Scary thing is, this girl hasn’t even reached her peak. Much more to come. 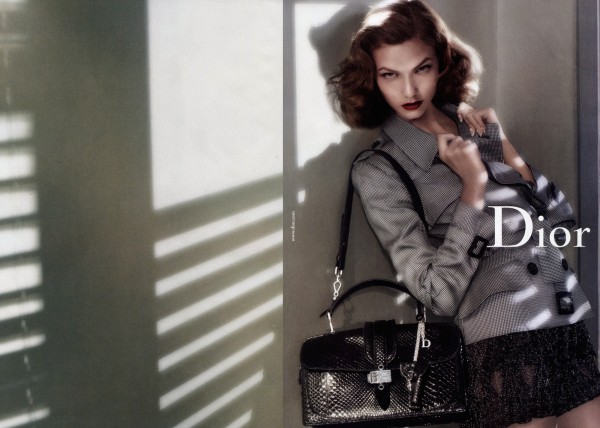 In the September 2009 issue of US Vogue, Miss Kloss got a glowing testimonial that made her the envy of her peers. In a landscape where new models were being disposed of at a record rate, Karlie Kloss moved in the opposite direction towards stardom. With power brands like Dior and Chloe already signing on this quintessential newcomer, it is clear that Karlie faces a well paved road towards long lasting success. And is January’s Vogue Italia cover not the defining proof of that? 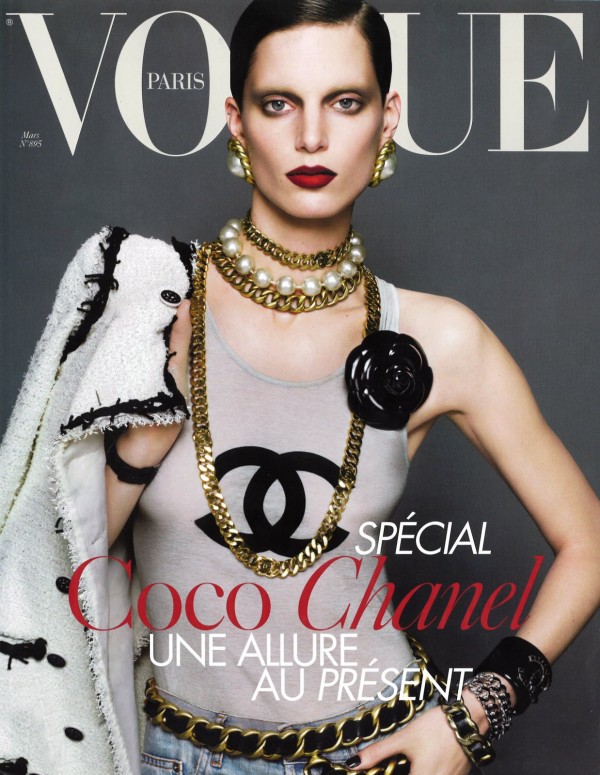 Celebrities may have dwindled the revenue streams when it comes to fragrance and cosmetic advertising but for fashion that looks like fashion, the models still reign supreme. For that purpose Iris Strubegger provided the market with capital “F” fashion value. From the moment the industry glimpsed her March 2009 Vogue Paris cover followed up by her stunning Patrick Demarchelier portrait in the July 2009 issue of US Vogue the message was powerfully transmitted that only a truly striking model has that malleable quality that fashion photography needs to stay creative. As her presence in the Fall Valentino and Givenchy ads proves, true elegance is not to be argued with. 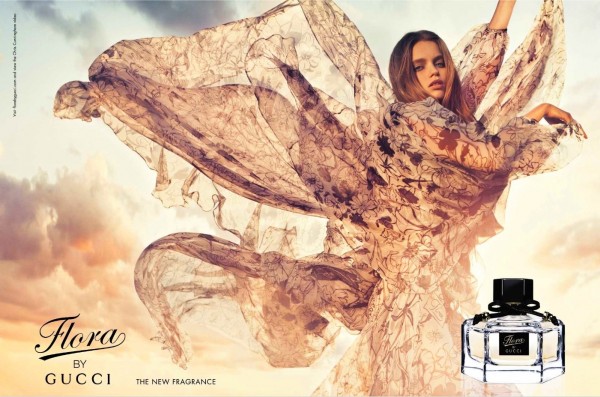 2009 was the year Abbey Lee unleashed her inner super-model and flounced, flaunted and flourished her way through a raft of incredible bookings. Her presence was so alive this year on the runways that even critics not known for their model watching (that would be Cathy Horyn) chose to name check her. Through all her swirling and twirling for Gucci Flora, her frolicking at this year’s VS extravaganza and her tongue-in-cheek poses in December’s Vogue Italia Twitter story, it’s good to see a girl having fun with her job. 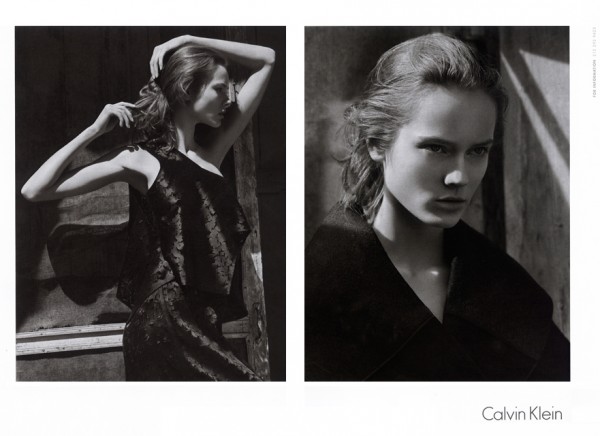 Instant success stories are frequently not that instant. But in the case of IMG’s sensational Jac, it is just that. Consider the narrative. Newcomer hits New York in February untethered to any exclusive. Jac then opens Calvin, captivating the team all the way to the Fall campaign. The beautiful thing about this young girl’s management is that everybody is taking their time. The select few bookings, the space to grow into something formidableâ€¦ with such judicious development Jac Jagaciak is positioned to be a vital model for the new decade. 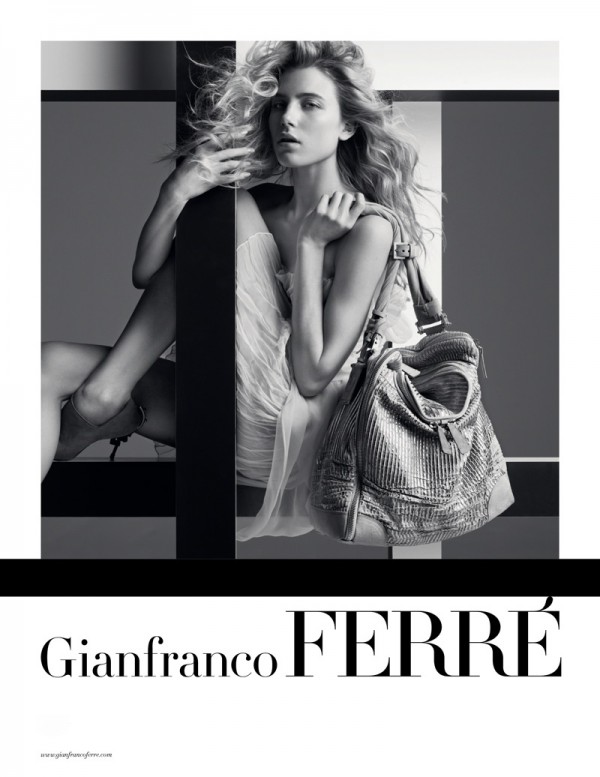 Jan 13th 2009. Dree visits the MDC offices and turns a standard go-see into a entertaining moment of show and tell (as seen on MDX). Cut to a year later and this ferociously ambitious young model has a Fall Gucci gig as well as three Spring campaigns under her belt (Valentino, Gaultier, FerrÃ©) as well as a super-sized raft of editorials in V, W, Love, Purple, ID, Vogue Paris, as well as US/British/ Russian Vogue. It is a new decade and new ideal and all these signals are pulsing that the industry needs the kind of frisson Miss Hemingway brings to the set. 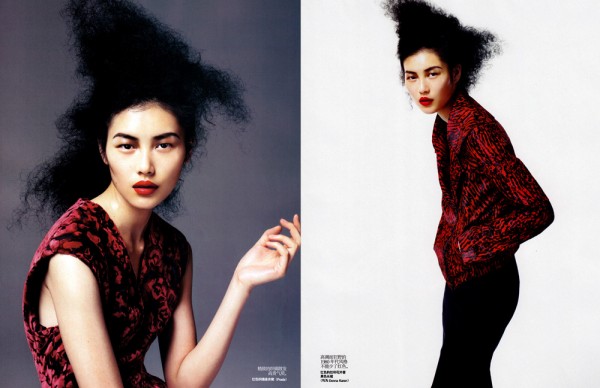 The Collections runways from New York through to Paris are the great proving ground of new talent. Given the excess amount of shows and the excess amount of girls, show castings have truly become a free for all. But there is a certain kind of girl who emerges from that runway frenzy with a career and Liu Wen is the case point of that ideal. Her brand of runway perfection allows her to bridge clients as far ranging as Balenciaga and Victoria’s Secret. With her editorial and campaign potential only beginning to crackle, expect a Liu Wen super-nova in 2010. 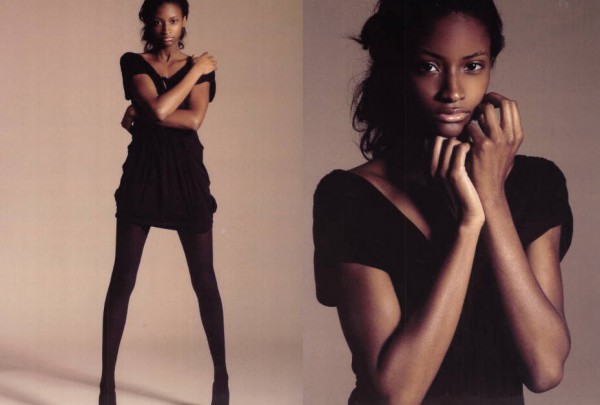 Discovered via the MODELS.com scouting service, Lyndsey Scott broke through during the Fall 2009 shows as a Calvin Klein exclusive then followed through on that audacious start with a berth in the Prada Spring 2010 runway line-up. As her campaign work (for DKNY and Baby Phat) starts to glimmer against the build-up of her edits for W Magazine look for Lyndsey to hit the blue chip grid full-scale this year. 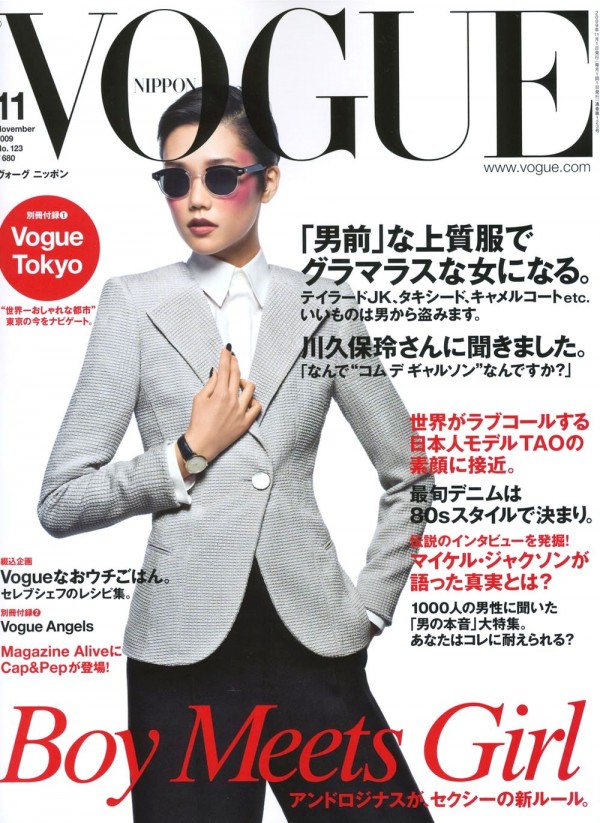 Tao Okomoto’s landmark Japanese Vogue November 2009 cover was one of the big, big stories of 2009, bolstered as it were by her spots in the Fall campaign for Ralph Lauren. Add to that the consistent support of Vogue Paris, as well the constant bookings from independent magazines like Dazed & Confused, Another, ID and V and brick by brick, Tao’s case for longevity is being filled in. Fixture not fad…. that is the mantra this year!

V LOVE U JUST THE WAY U R
NEXT