Whether it’s Vetements or his latest Balenciaga show, designer Demna Gvasalia often questions the paradigm of convention. That attitude was made especially clear on the Spring/Summer runway which again featured a mix of out of the ordinary faces. Amongst the distinctive models who walked one of the most talked about shows in Paris, the strikingly intense Manami Kinoshita stood out, whose defiant stare, buzzed hair and inked up body was a conspicuous (and exclusive) reappearance. So just who is she? It was Lotta Volkova, who has been styling for and influencing Gvasalia since the early days of Vetement, that initially nominated Manami a seat at the exclusive table. Manami says of that break-through discovery, “Lotta found me though Instagram, and direct messaged me asking if I wanted to walk her show. I said yes without any doubts or questions. That was Vetements. They booked my flight and next thing I know I was on the plane.” 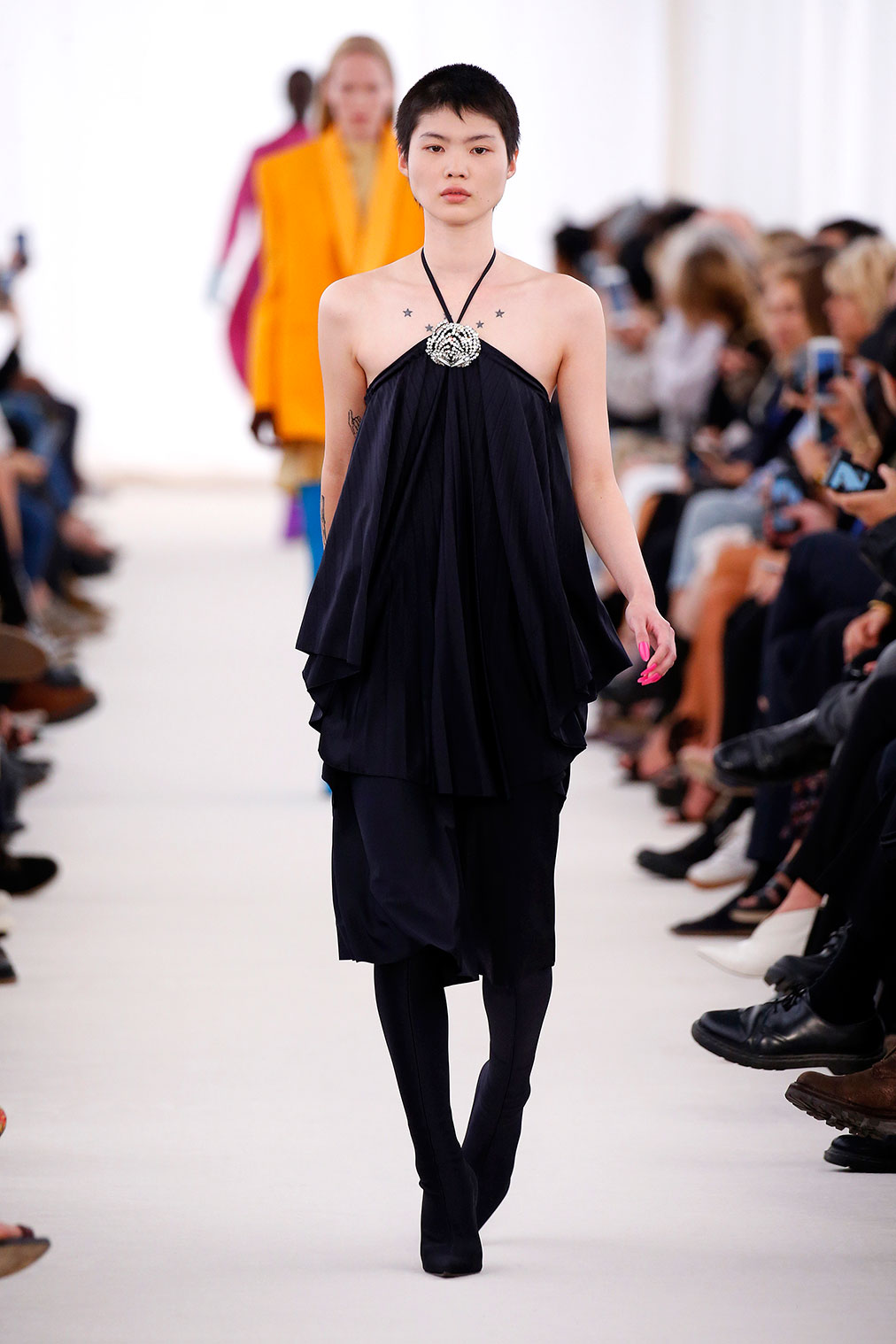 Before that, modeling was Manami’s ambition, “I used to hate going to school and studying, and I never thought I could be like an office lady, for example [laughs]. I was wondering where to go with my life, then I remembered my junior high school teacher telling me I should go to modeling school. That’s when I started actually wanting to do something with my life.” Tatted beauties before Manami like Catherine McNeil have already proven ink can leave an indelible impression and though she’s already an underground Lotta favorite, the Japanese model is well on her way to making a more mainstream debut, saying, “I’m excited about everything that can happen. I just want to have fun while I model, meet as many people as possible, and it will be nice if I could be someone who can inspire other people.”

Wondering about the meanings behind all the markings Manami has? Check them out in the gallery above.