Fashion week you’ve been a monster! There was an overflowing number of shows this season and the beauty looks on the runway did not disappoint. From pared-down, humble glow on skin to dialed up colored from a maximalist’s dream, there was no fear when it came to creative makeup and hair looks. Models.com turned to the City of Lights to see what the beauty gurus conjured up for the Fall/Winter 2017 so take a look at epic concepts below! 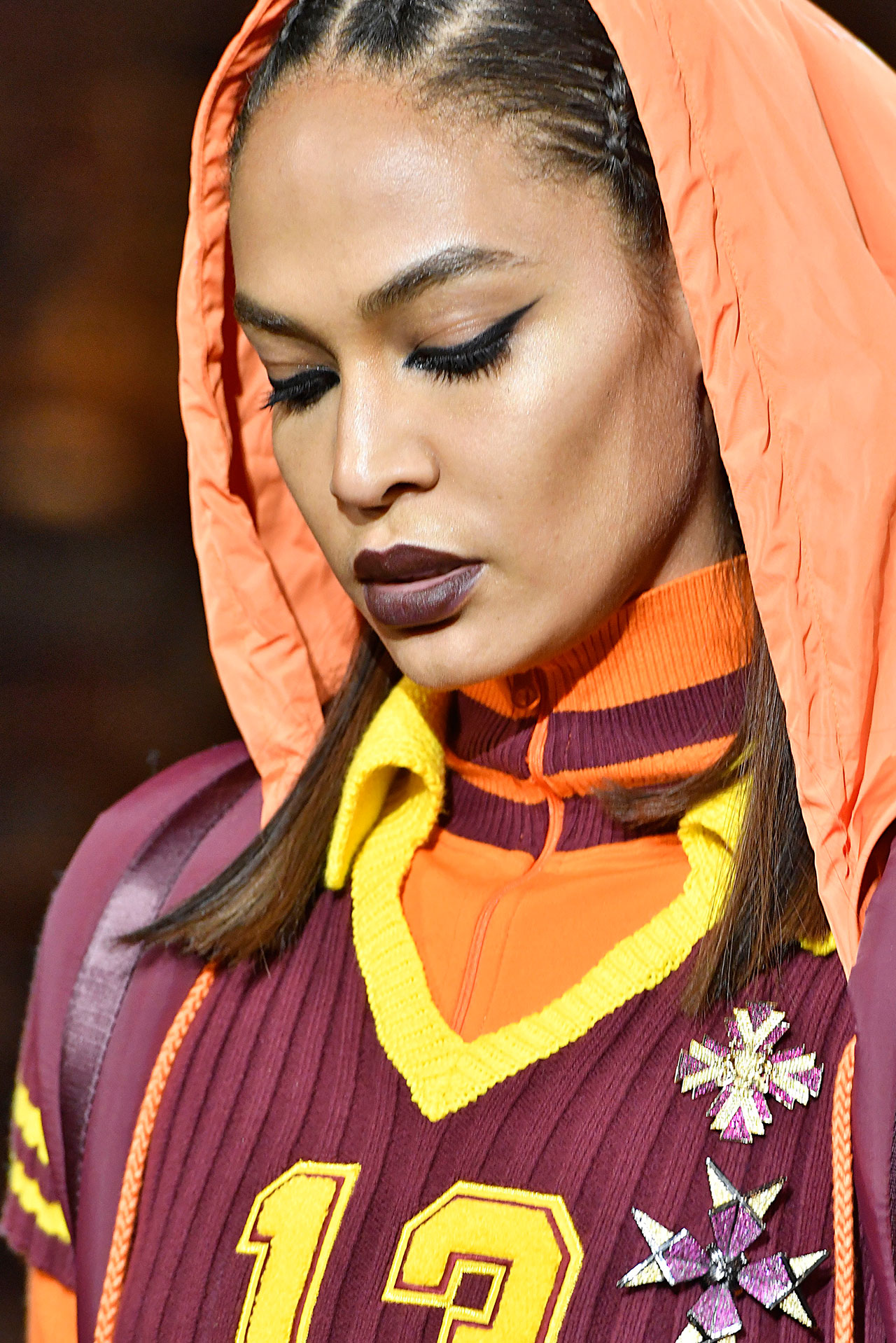 Pat McGrath and Yusef Williams took us all to school with a momentous roster of beauty looks for the Fall 2017 Fenty X Puma line. With that true Rihanna wild child spirit, beauty ranged from good girl pigtails to colorful mascara on lashes to gothically good, smoky-eye vibes (Pat McGrath Labs 006 anyone?) 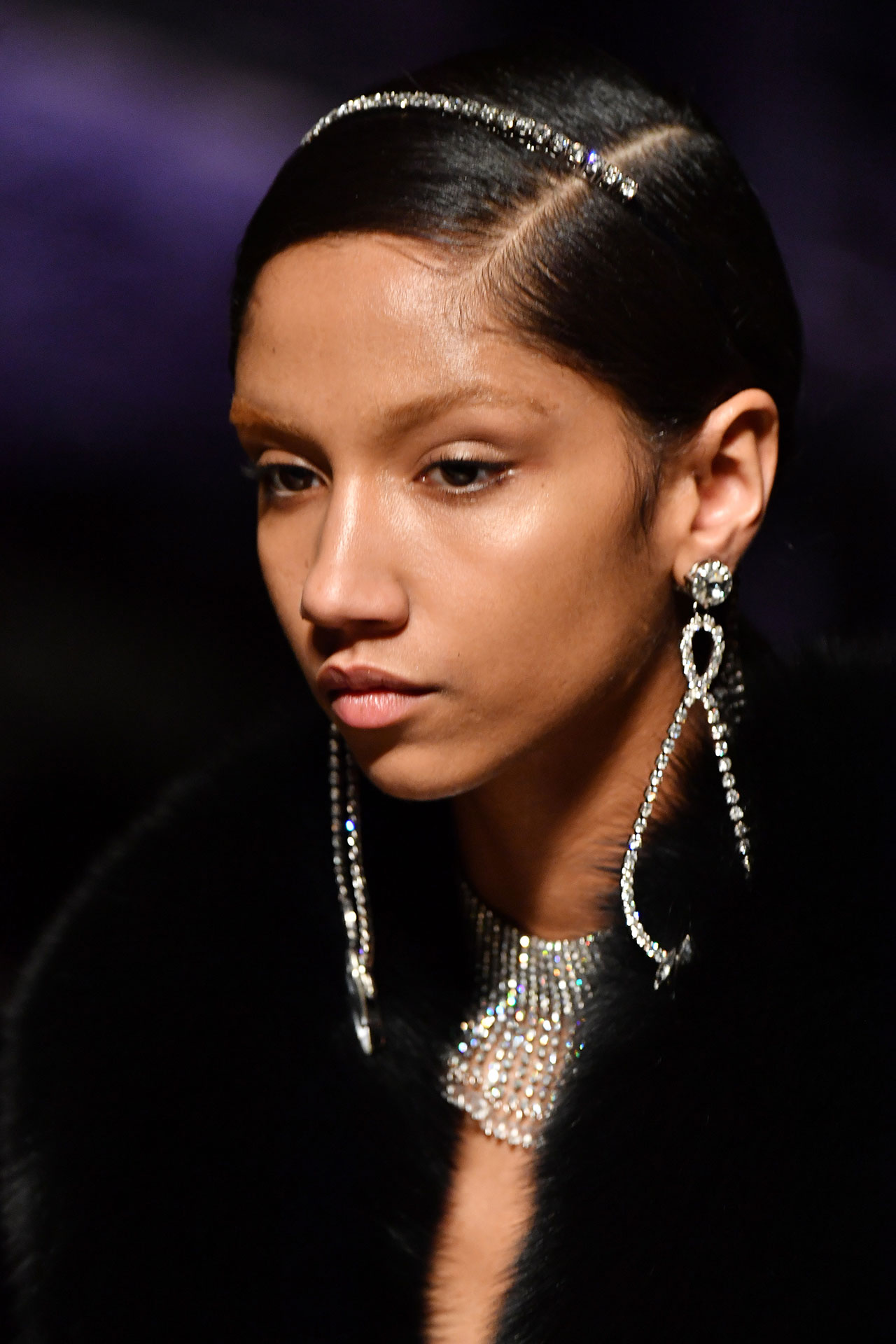 Who needs brows? Not Miu Miu and Pat McGrath complemented the perfectly quaint pastel palette this season with bleached brows, a subtle highlight, and smooth skin. When fur and crystallized chapeaus were missing, Guido Palau created a combed-over, super sleek style with a deep part. 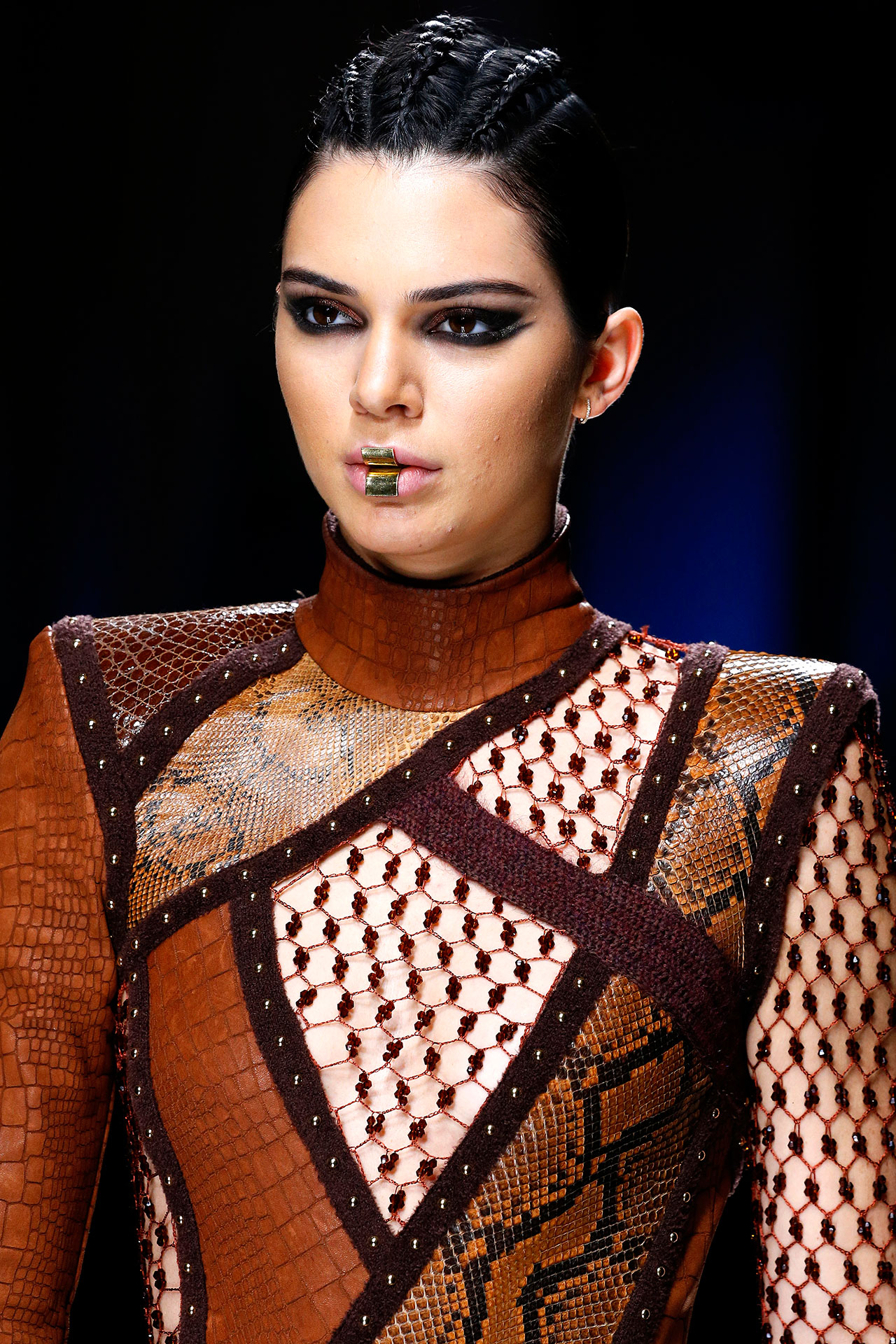 Olivier Rousteing‘s army marched to the beat of their own drum with an 80’s rock inspired collection for Balmain. Makeup and hair from Sam McKnight and Tom Pecheux boldly followed suit with copper tinged lids morphing into graphically striking cat eyes and a partly braided pony of epic lengths. 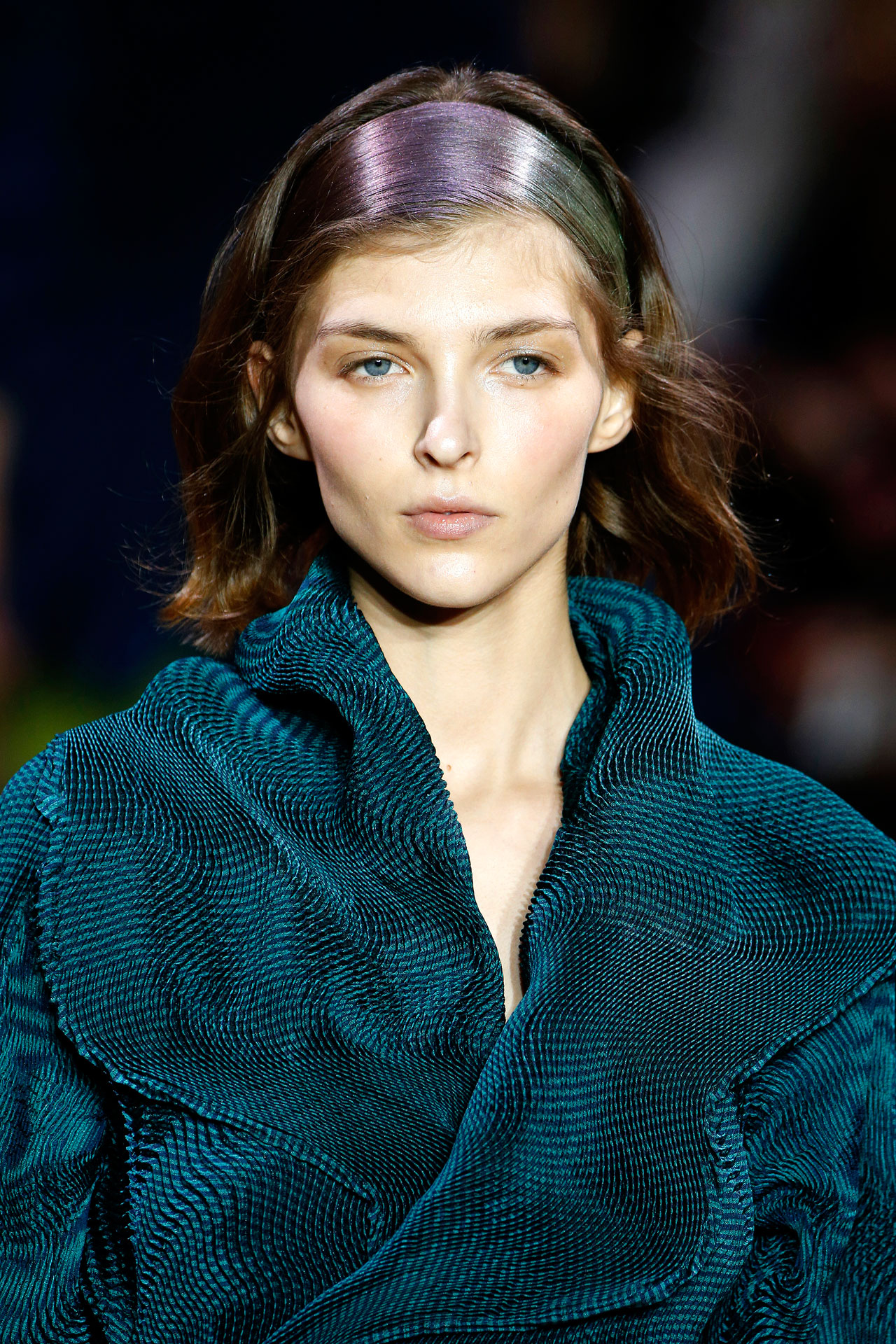 James Pecis created an out of this world ombre hair look for Issey Miyake that evoked visuals of the Aurora Borealis, a purple dusk, and Monet’ water lilies. Pearl incandescent skin was the focus for makeup artist Alex Box 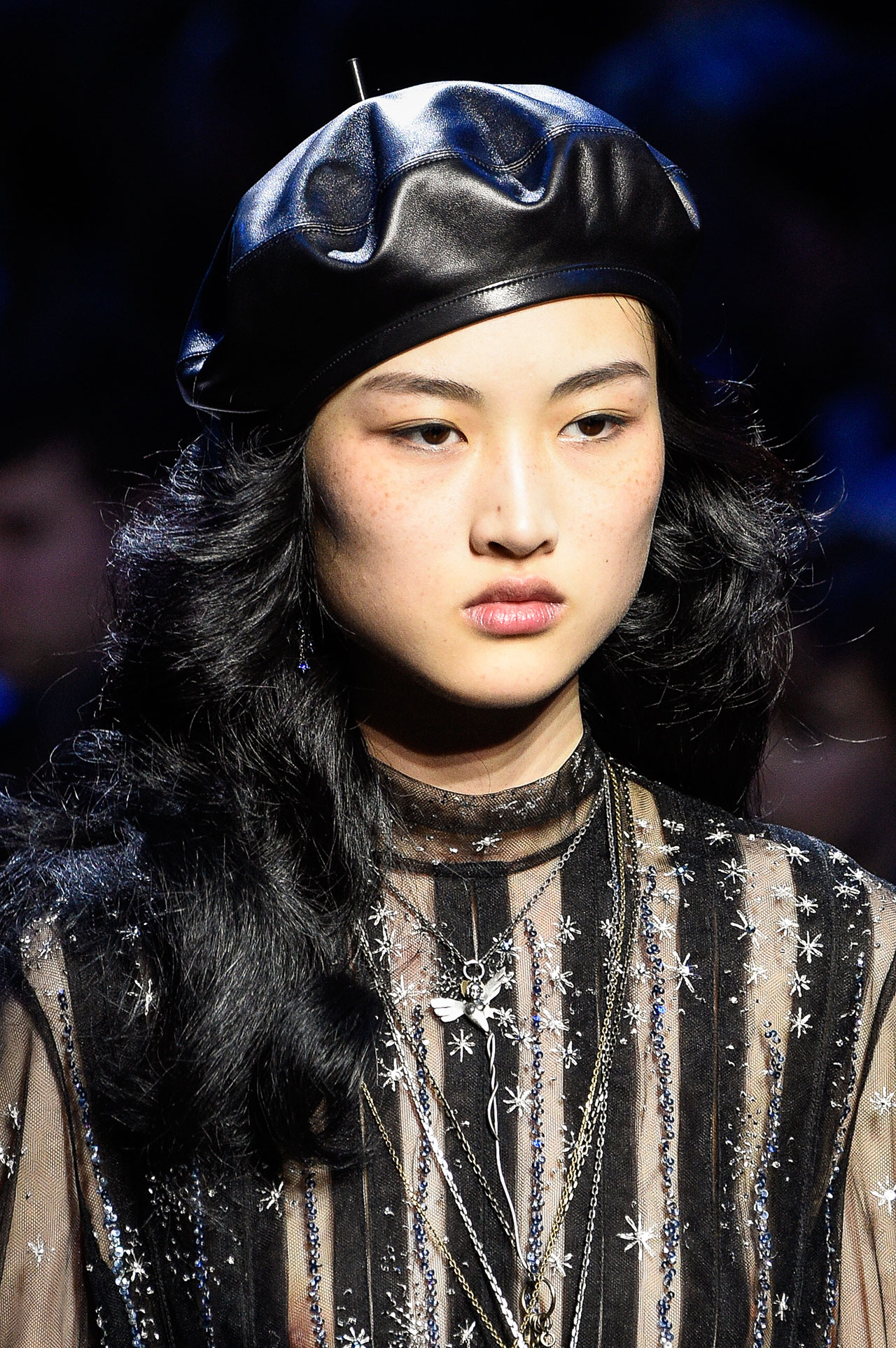 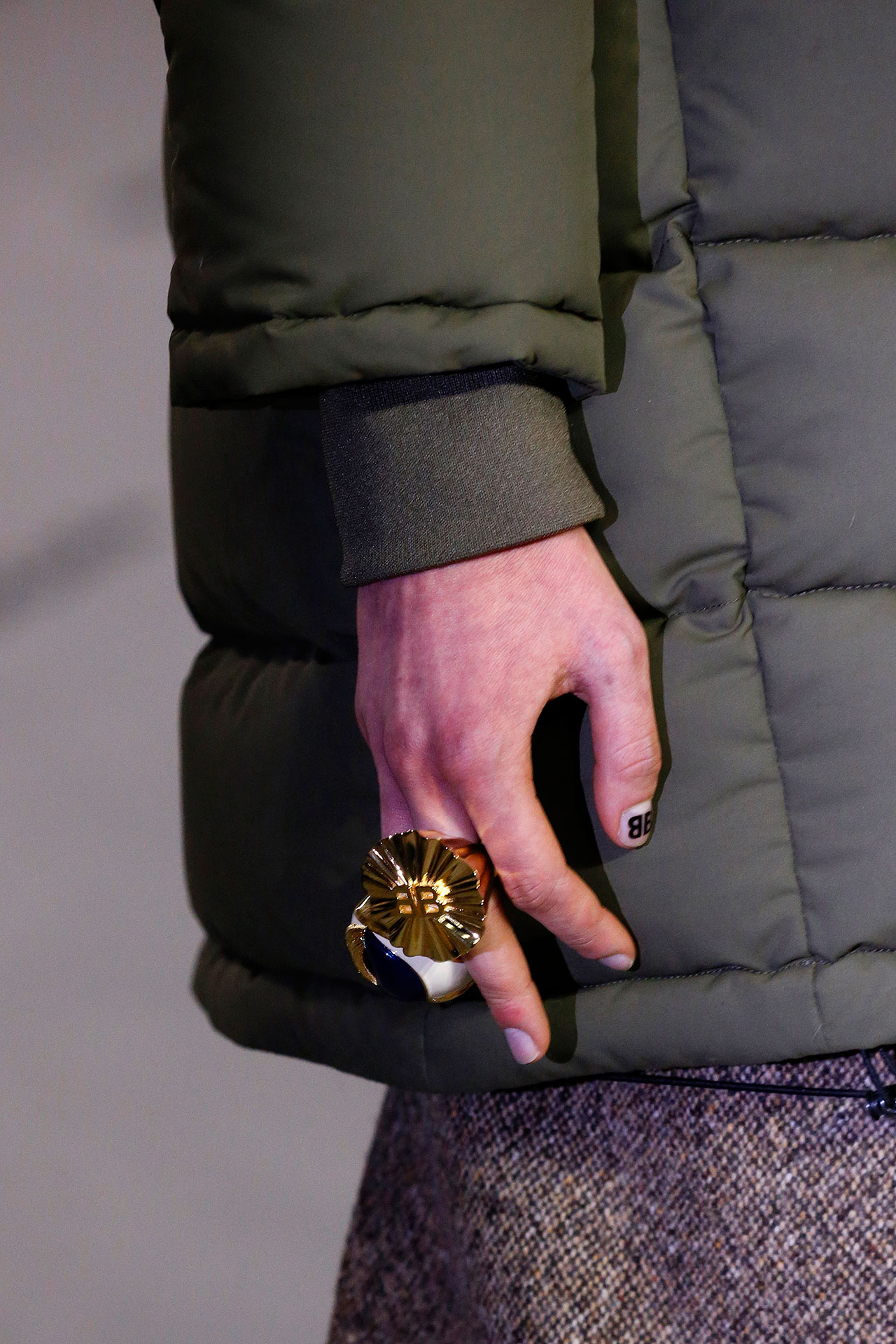 Backcombed, larger-than-life hair and a graphically frosty, space-age eye by Sam McKnight and Tom Pecheux for Chanel was all Barbarella gone glam without the death rays. 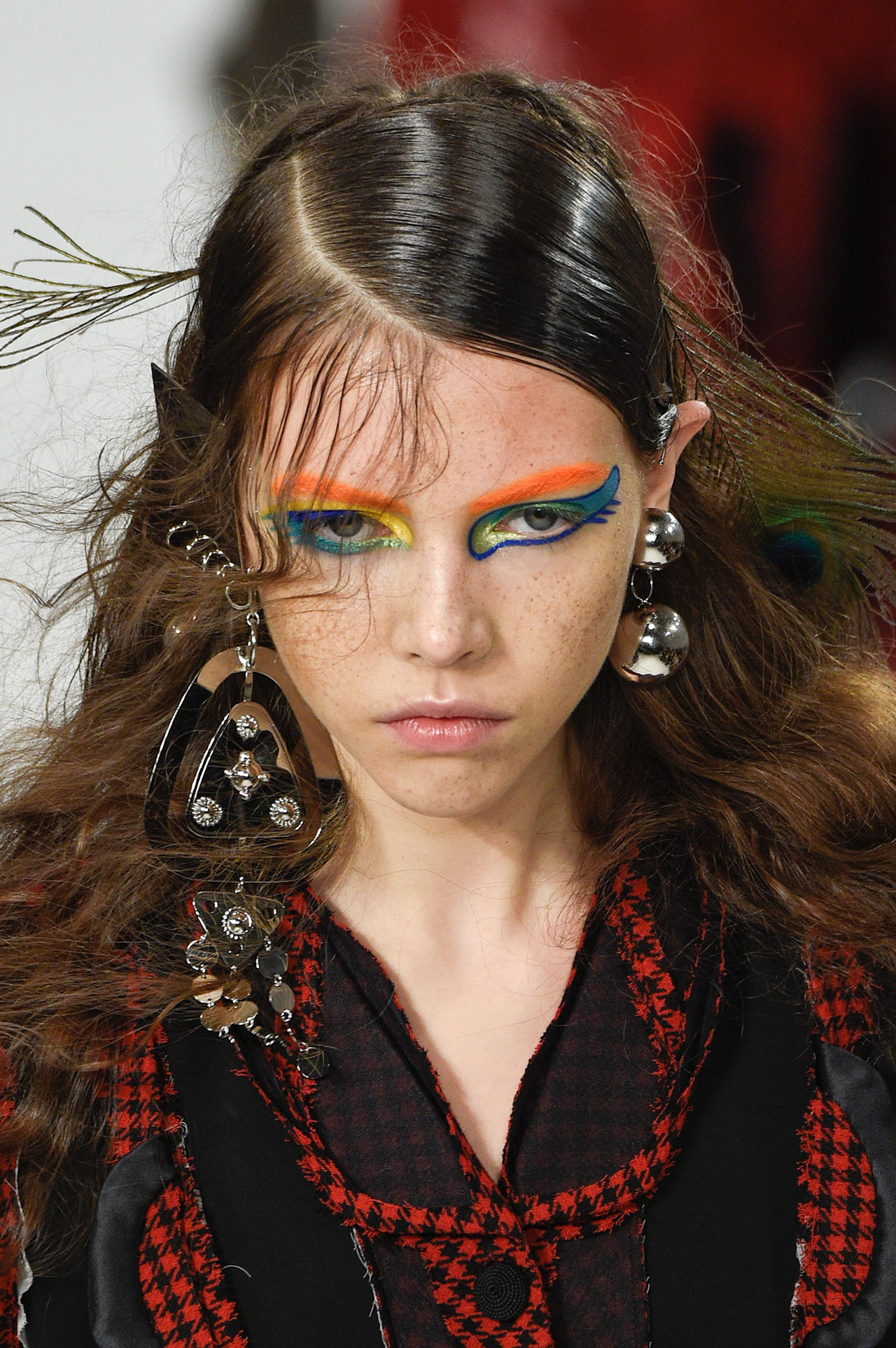 Eugene Souleiman and Pat McGrath have consistently created an abounding number of beauty looks for John Galliano‘s Maison Margiela and this season was no different. Our fave? The yin-yang, black meets rainbow psychedelic liner look modeled on Elizabeth Davison. 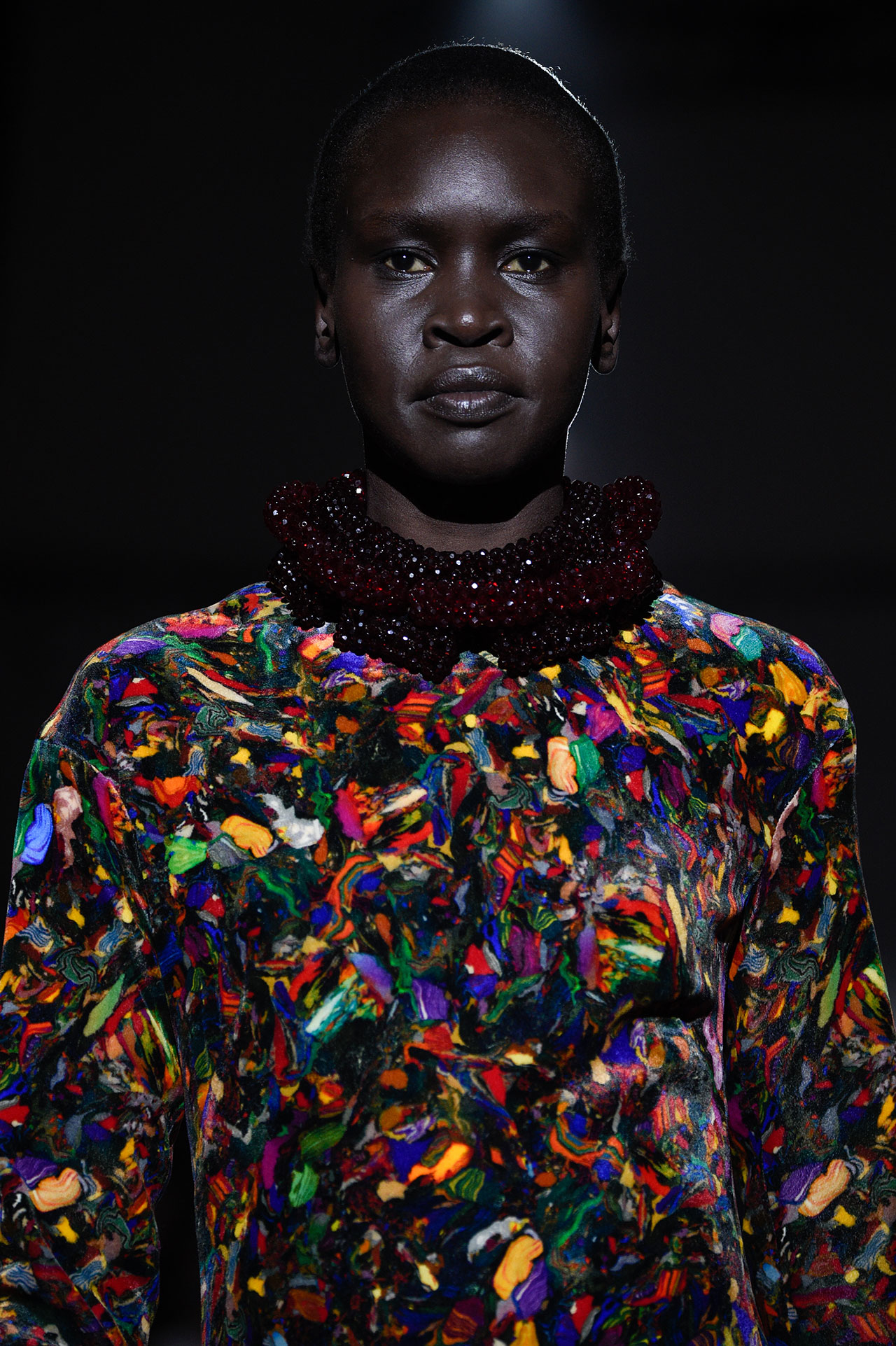 Dries Van Noten celebrated his 100th show with a mega casting of influential supermodel muses from the nineties and aughts and how do you perfect perfection? The answer is you don’t and Peter Philips and Sam McKnight both had a light hand for this beauty triumph of individuality.