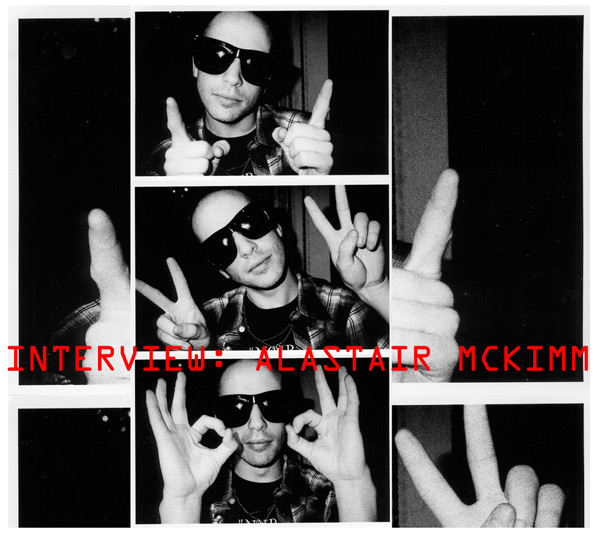 Star stylist Alastair McKimm has been much buzzed about as one of those talents poised to break to that “next level” . Here Christopher Michael sits down with this enterprising tastemaker to unravel a bit of his mystery.

CM: Born in Belfast, started your journey into Fashion in Londonâ€¦when you enrolled at Nottingham Art School for your BA in Fashion design, had you originally intended on being a designer? Or was it more of a General kind of â€˜I am interested in fashion and have not yet decided what within this realm I want to do just yetâ€™ sort of decision..

AM: I DEFINITELY INTENDED ON BEING A DESIGNER. AT THAT POINT I DIDNâ€™T KNOW WHAT A STYLIST WAS. I HAD ALWAYS BEEN INTERESTED IN PHOTOGRAPHY AND WAS PLANNING ON GOING TO PHOTOGRAPHY SCHOOL UNTIL RIGHT BEFORE I APPLIED TO COLLEGE. FASHION DESIGN WAS A RELATIVELY LAST MINUTE DECISSION. THE DAY I FOUND OUT ABOUT STYLING I KNEW THAT WAS WHAT I WANTED TO DO.

CM: As it seems to work with publications, there are both times where you as a stylist are approached to work on a story by a photographer, as well as those times where it is you who has been commissioned by the magazine and deciding on which Photographer youâ€™d like to work withâ€¦how do you make such a decision when searching out for the right lenser on a particular story?

AM: I DONâ€™T ACTUALLY WORK WITH MANY PHOTOGRAPHERS SO THE DECISION IS USUALLY RELATIVELY EASY. I LIKE TO WORK WITH PEOPLE I TRUST AND CAN COMMUNICATE WITH, PEOPLE WHOâ€™S OPINION I RESPECT. THAT BEING SAID, Iâ€™M ALSO LOOKING FORWARD TO COLLABORATING WITH SOME NEW PHOTOGRAPHERS THIS SEASON.

CM: As always, rumors are abuzz and there is one which sparked my interest.. is it true that you are soon to become the new Fashion Director for â€œThe Last Magazineâ€ ?

AM: YES – ITâ€™S VERY EXCITING! Iâ€™VE WORKED WITH MAGNUS (BERGER) AND TENZIN (WILD) ON THE LAST TWO ISSUES OF THEIR MAGAZINE AND THEY RECENTLY ASKED ME TO TAKE THE POSITION. THE MAGAZINE IS REALLY BEAUTIFUL AND ITâ€™S IMPORTANT TO HAVE SOMETHING FRESH IN NEW YORK. OBVIOUSLY Iâ€™M REALLY LOOKING FORWARD TO BRINGING IN SOME GREAT STYLISTS AND PHOTOGRAPHERS OF OUR GENERATION. THATâ€™S WHAT THE MAGAZINE IS ALL ABOUT. 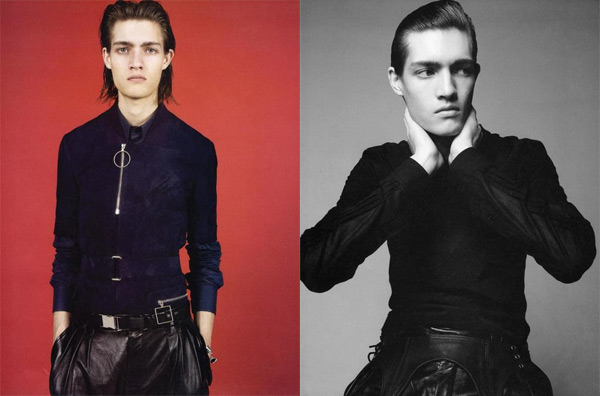 CM: Over the Years Glenda Bailey has maintained her reputation of selling magazines at quite impressive Numbers, and as of late the magazine seems to have sparked up an extra edge that goes somewhat beyond their previous creative boundariesâ€¦that new roster of talent now includes you which needless to say evokes an element of excitement for the rest of us.Â  What are the major differences youâ€™ve experienced when working on a story for Harperâ€™s Vs. say an i-D or Jap Vogue etc. ?

AM: I LOVE GLENDAâ€™S KNOWLEDGE AND ENTHUSIASM AND REALLY APPRECIATE HER WILLINGNESS TO LET ME WORK AT THE MAGAZINE. SO FAR I LOVE IT, THEY ARE A WELL OILED MACHINE AND HAVE THE BEST TEAM WORKING IN THE FASHION DEPARTMENT, WHICH MAKES MY LIFE MUCH EASIER.
WHEN WORKING ON i-D I FEEL MOST AT HOME, MAINLY BECAUSE i-D IS THE REASON I GOT INTO STYLING. I STARTED ASSISTING EDWARD (ENNINFUL) WHEN I WAS 21 AND HAD JUST MOVED TO LONDON. I HAD NO CLUE WHAT I WAS DOING BUT LUCKILY HE GAVE ME A CHANCE. I EXPERIENCED SO MUCH – FROM i-D TO ITALIAN VOGUE TO JIL SANDER SHOWS, IT WAS AMAZING. ALTHOUGH I DO HAVE TO ADMIT I WAS A TERRIBLE ASSISTANT, WHICH Iâ€™M SURE HEâ€™D VERIFY!

CM: I always feel like after awhile, itâ€™s possible to get a feel for what someoneâ€™s â€˜tasteâ€™ is..(doesnâ€™t always mean the feeling is right) but when watching your work it seems as though your casting is based more on the particular story than perhaps a certain type of girl that is the general constant in your casting.Â  Would you say thatâ€™s true? Or do you feel that there is very much an â€˜Alastair type girlâ€™ ?

AM: I LOVE CASTING, FOR ME ITâ€™S AS IMPORTANT AS THE CLOTHES IN MANY CASES AND A VERY IMPORTANT PART OF MY JOB. THIS SEASON MOST OF MY SHOOTS HAVE BEEN CASTING STORIES, MAINLY NEW FACES. THERE WERE SO MANY GREAT NEW GIRLS THIS SEASON IT WAS NICE TO WORK WITH A LOT OF THEM. ITâ€™S OBVIOUSLY IMPORTANT FOR THE GIRL AND THE IDEA TO GEL BUT I DO HAVE MY FAVOURITES.

CM: On every level for everyone involved, working on shows is a much different experience than shooting a story for a magazineâ€¦on the level of the stylist, what are your preferences on each side over the other in comparisonâ€¦?

AM: I LOVE BOTH. THEY ARE VERY DIFFERENT SKILL SETS BUT I ENJOY A DAY IN A DESIGNERS STUDIO AS MUCH AS A DAY IN A PHOTO STUDIO. I DEFINITELY THINK MY DESIGN SCHOOL BACKGROUND HAS HELPED ME UNDERSTAND WHAT IS POSSIBLE WHEN WEâ€™RE WORKING ON COLLECTIONS.

CM: If you were to use one word to explain the general feel of each markets fashion week, what words would you choose to define the shows for New York, Paris, Milan and London?

CM: It seems that over the last few years, there has been an influx of new, young and cool designers like Rad Hourani, Alexander Wang, Proenza Schouler as well as Rodarte popping up in the New York Showsâ€¦do you think the American Fashion is headed towards a shift from the household brands that have defined our show season for so long (outside of Marc Jacobs of course) into a mix that includes more of a street chic nation?

AM: THEREâ€™S A GREAT ENERGY IN NEW YORK AT THE MOMENT. Iâ€™M EXCITED TO BE LIVING HERE AND TO HAVE HAD THE OPPORTUNITY TO WORK WITH ALEX (WANG) AND THE BRILLIANT TEAM AT OHNE TITEL, ALEXA (ADAMS) AND FLORA (GILL). THEYâ€™VE BEEN NOMINATED FOR THE CFDA AWARD THIS YEAR, SO WEâ€™RE LOOKING FORWARD TO THE SHOW! I THINK AWARDS SUCH AS THE CFDA AND THE EDUCATION AND UNDERSTANDING OF THE FASHION BUSINESS IN NEW YORK HAS A LOT TO DO WITH THIS NEW GENERATION. THERE HAS DEFINITELY BEEN A SHIFT BUT THE ADVERTISING DOLLAR STILL OUTWEIGHS THE TALENT IN MANY WAYS.