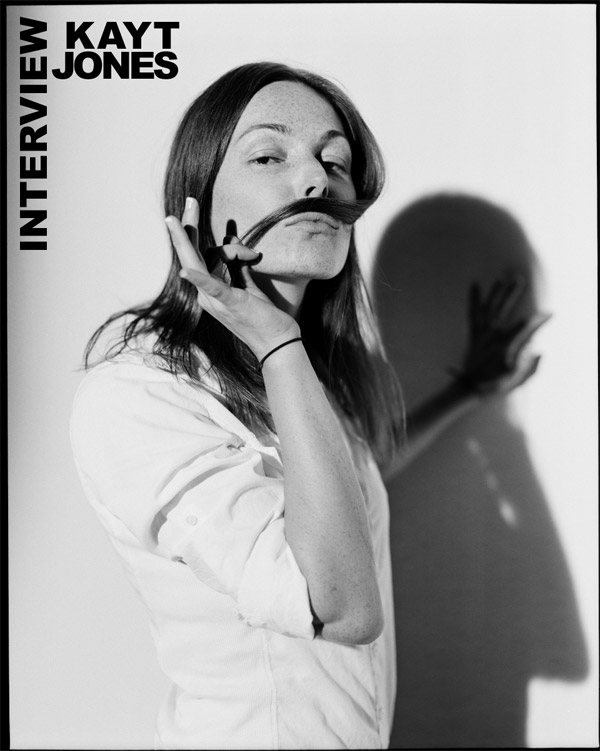 With an eye for beauty and a love of the collaborative process Kayt Jones has made a name for herself within the competitive world of fashion photography. Her evocative photographs manage to capture something poignant about eachÂ  subjects and her work is featured regularly in fashion bibles like i-D. Christopher Michael sits down with Kayt to discuss her process, what inspires her and why so many models love working with the one and only Ms. Jones.

CM: Kayt Jones, a name that always guarantees a happy model at the end of a shoot day. Not once have I had a girl come off your set that does not immediately sing your praise…what’s your secret?

KJ: I really enjoy what I do. I feel that I’m really lucky to work in the field that I do. There’s really no need for it to be anything other than fun.

CM: Over the past few years in Fashion we’ve seen one magazine Cover after another titled “Fashion + Art issue”. It makes you wonder if it is simply that the two organically grew together, or if it’s that Fashion has developed a greater need for Art amongst its ingredients…what’s your take on this one?

KJ: I think Art has moved dramatically closer to fashion. Fashion has always been influenced by art. Personally I don’t think they have ever been very far away from each other. As long as there has been fashion there’s been an artist to capture it.

CM: One of my favorite things about working with you aside from the brilliant results is the fact that you are quite collaborative and interactive on your projects…your creative energy seems to come from a place of passion and genuine excitement that is void of any ego…where do you think you inherited such a quality?

KJ: One of the things I really love about working with you is the fact that you’re so collaborative and interactive! At the end of the day the image is the result of the combined energies of everyone involved.

CM: Thank you Ms Jones! There goes that void of any ego tone of yours again..(laughs). Everyone has that favorite story that inspired them in the beginning, or maybe the most creative people find new stories that give them new inspiration on a regular basis…what particular Cover or Story has inspired you in the present or even drawing upon times past… 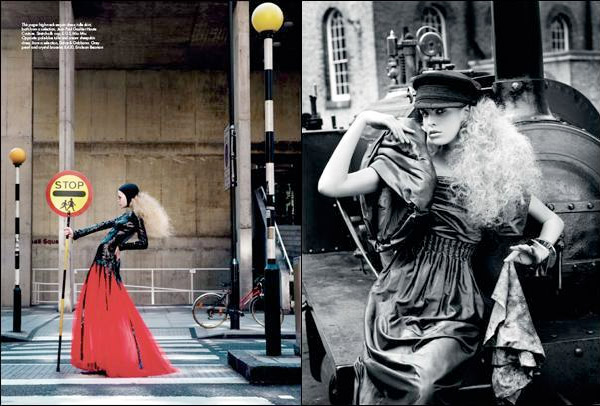 KJ: One of the earliest moments I remember being inspired – I think I was a child – was seeing Nick Knight working. He had two models, one in a white headscarf and one in a black headscarf, and he was literally moving the models millimetre by millimetre to get the right shot. The graphics, the precision, everything was beautiful. Nowadays my style is very different from his, but the memory is very strong.

CM: I’ve been told by sources who shall remain nameless, that model agents can be somewhat agressive, pushy or even without any sense of culture…I know that you are too sweet to say but I’ll ask you anyway..what’s your take on the “bookers” of the world… Is our rep really so bad on your side of it all?

KJ: What is amazing is you work like a manager – you are really involved in the production and have a genuine passion to see it through to completion.

The more positive energy there is invested in the project the better.

Also you also have a “can-do” positivity and creative attitude that I love that really helps pull off the seemingly impossible, you really work to interpret the overall vision of the project.

CM: You are too kind for words, and yes, I do agree..the more positive energy invested in a project is quite surely more promising of a great outcome.. One of my favorite aspects of your work is your ability to capture an aspect of each individual girl…never leaning too much towards the contrived character but instead using the girls own personality and individual beauty as the base of your photographs…..who is your Favorite Goddess? (I.e Aphrodite, Freja, Brigit, Isis, Lakshmi, Diana)

KJ: I love the mythology of Juno – her name is derived from an ancient word for “vital force” – that says it all to me. As far as each individual girl goes, for me their personality is the basis of the photographs. Their energy, their stillness, their inner light, you are playing on everything when you shoot. Models are a lot like actresses, playing a role when they are shooting, but nevertheless you look for their special characteristics to really build on.

CM: So True…It seems a good amount of models, photographers etc have been taking up residence in LA more and more..Has living there forced you to travel more for shoots? Or have you been lucky enough to bring most of them to you?

KJ: I do travel a lot of course but I love LA so where possible I shoot there, I never get bored of the sunshine or the particular quality of the light!

CM: Just as the theatrics seem to be returning to the runway, what show do you usually end up being the most inspired by?

KJ: I love theatrics – the joy of fashion is for me all in the imagination and the chance to recreate dreams and escape “reality”. Of course as a Brit, i love that London is coming back strong and has a great new venue. 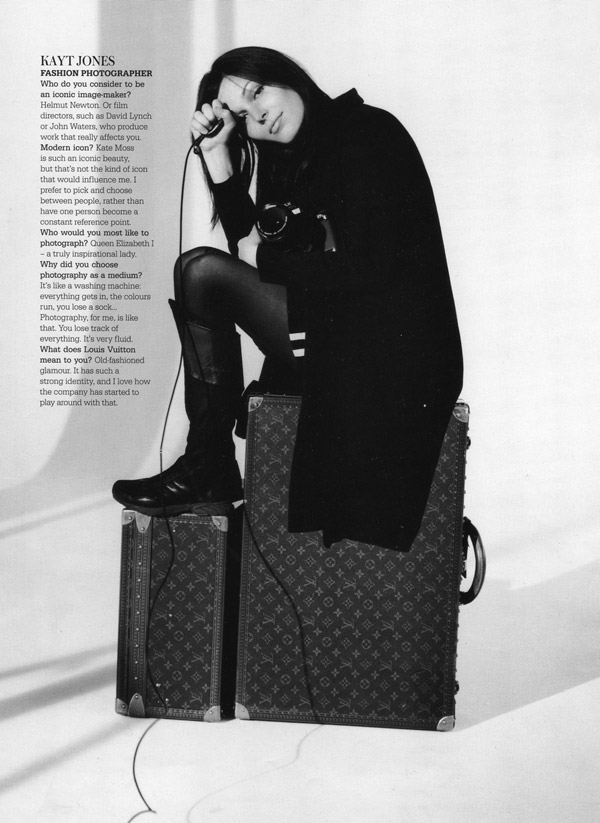