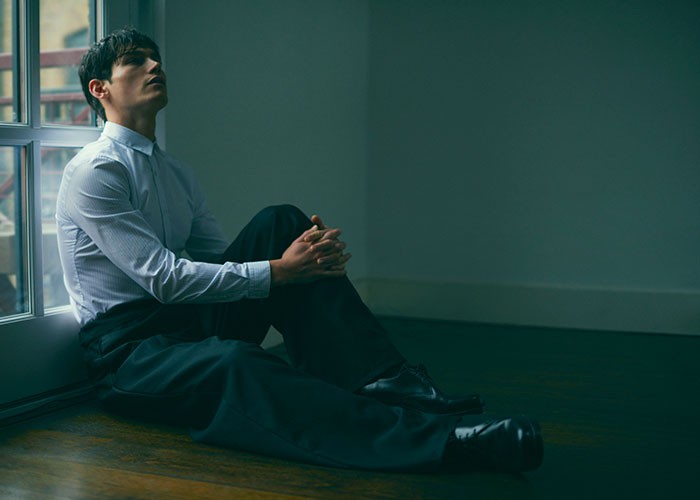 Early in October, the British model Sam Way performed a short set from the stage of the Old Church in London’s Stoke Newington, strumming his guitar and filling the room with his deep voice against a backdrop of soft lights and the mists rising from the surrounding cemetery. The five songs he performed made up the entirety of his Architect EP, out today, and marked the start of a tour across England he has just completed, playing a series of fourteen gigs to promote his new release. “[Performing] live is an art, really it is,” he emphasizes. “It’s about your relationship to the audience more than anything. That’s what you need to establish, and it’s not always easy. I’ve played some gigs where you are just background noise in a loud pub full of people drinking on a Thursday night. Nobody knows my songs, they’re original material, so if you’re not listening, you’re not going to get the story.” But on that night a month ago, Way had the audience’s full attention.

Way says that his path to music, and especially the new sound he is displaying on Architect, was a somewhat circuitous one. He was interested in acting as child, but, after starting to model after being scouted while shopping in the Oxford Street Topman nearly a decade ago, turned to music as a comfort as a lonely teenager new to the big city. “When I first moved up to London, I didn’t have an amazing social group, which I do now, and I spent a lot of time on my own,” he recalls. “Work was very temperamental, as that’s the nature of the industry, so I had a lot of time on my hands and, to be perfectly honest, I was a bit depressed. It was about finding my feet and finding myself in a new place, and music was really a part of that.” He worked on his music in his spare time even as his modeling career, which has included campaigns for Tommy Hilfiger, Chanel, Levi’s, and Diesel, grew.

Way eventually signed with a label—which he later left—and was connected with a producer and released a few singles, which he now describes as “younger, a lot more fun, a bit more folky, and a bit more poppy” than his current music. “I guess in a way, what I’m proud of is the fact that I was kind of quite fearless about it,” he says about jumping straight into the industry a few years ago. “I understood that where I am is where I am and what I did is I made work and I put it out and I got myself to a certain level, and now I look back at that and I go, ‘That was exactly what I needed to do right then with my music.’ But of course you’re always going to change as an artist.”

For his new EP, which he has funded himself, Way took greater control of the production process, producing an album he calls “darker and more atmospheric and cinematic.” The lead single “Stargazer” blooms with backing from a soaring string quartet, and the lush, full sound helped inspire the rest of the tracks, which recount lost loves and innocence with passion and carefully tempered nostalgia.

With Architect out, Way says that his plans now involve continuing to push forward. “When you expend so much energy, there naturally comes a time where you sort of recollect,” he explains. “I’m going to be recording some new music in November, and the whole aim of this is to attract the right team to take the music where I know it can go.” 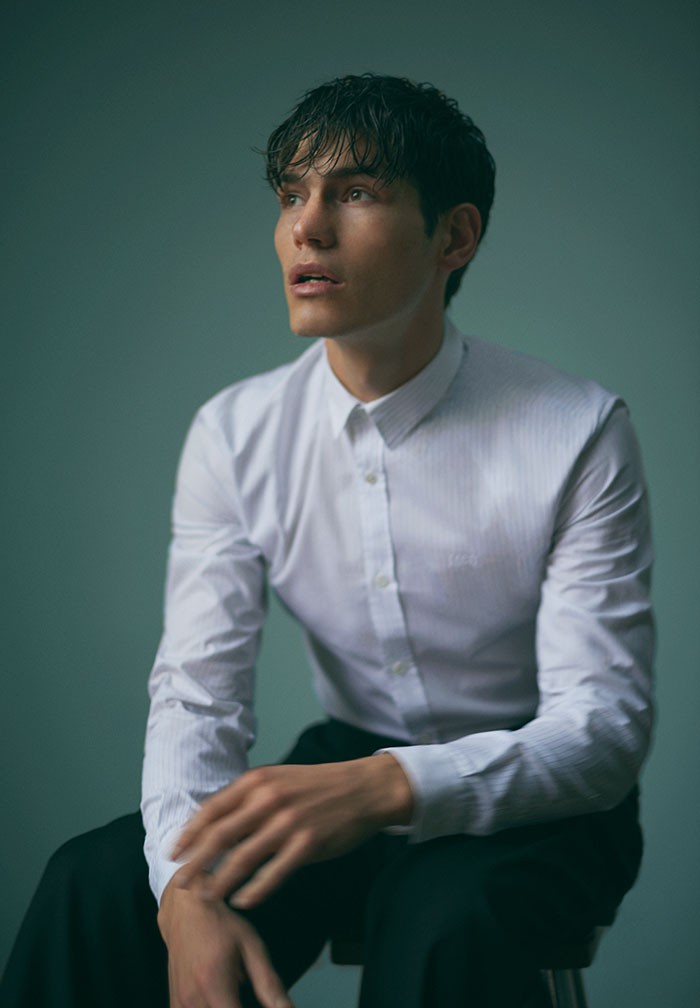 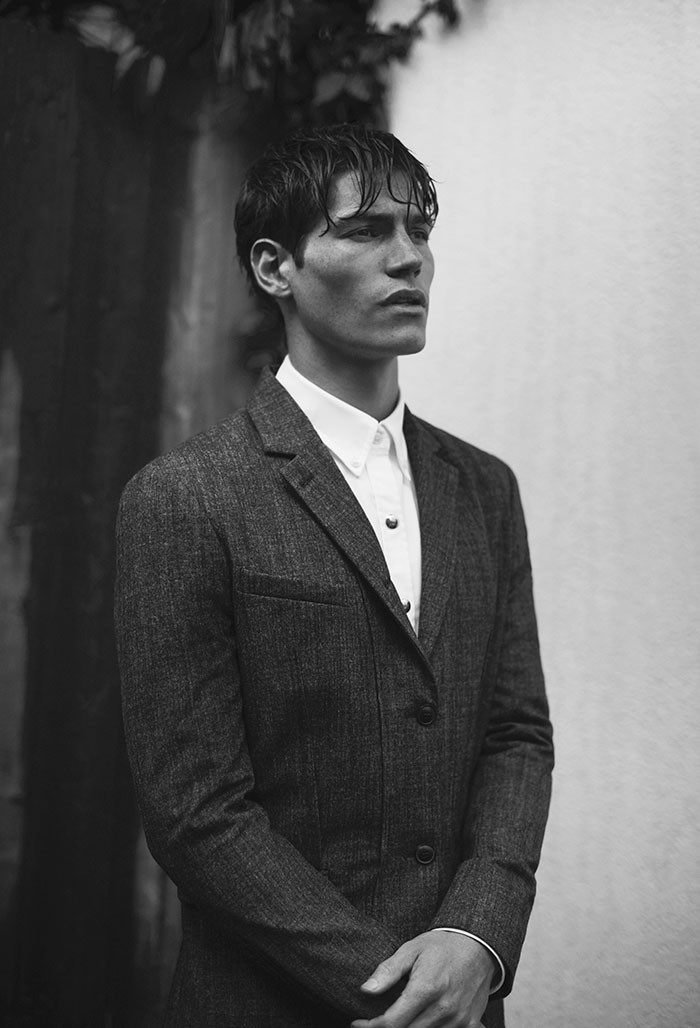 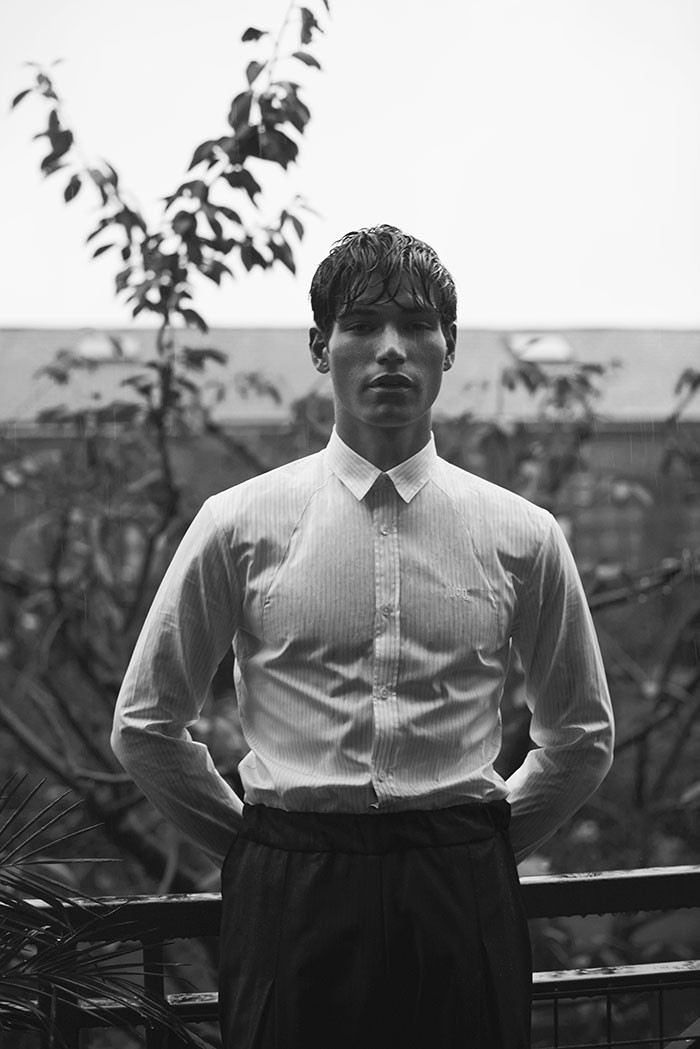 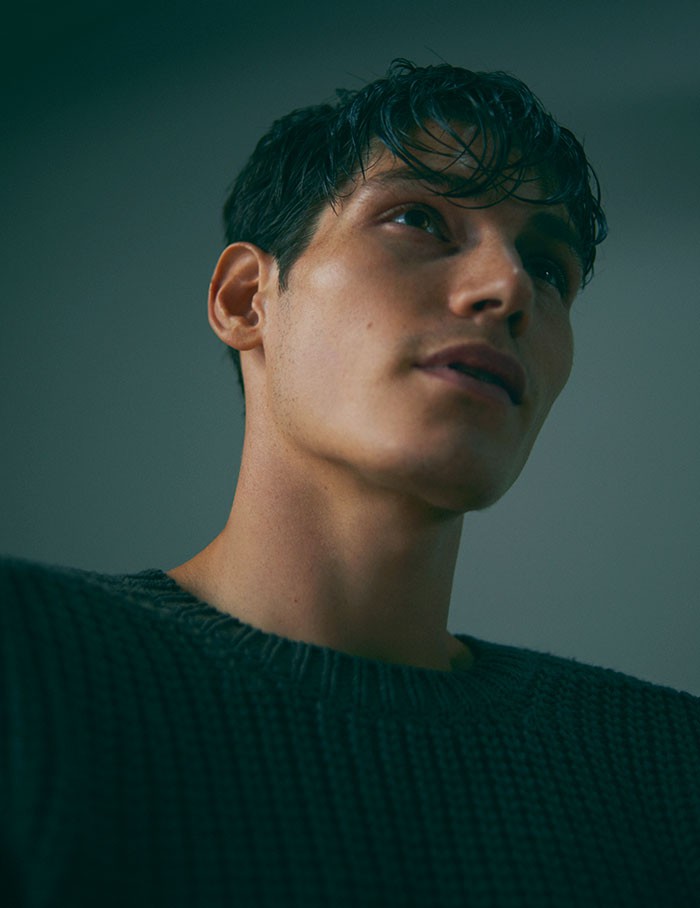