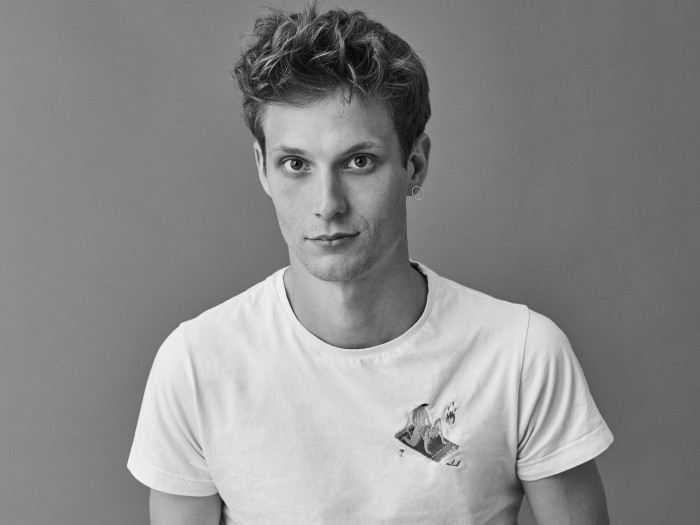 Anyone who’s ever worked with Felix Gesnouin—or even just seen his Instagram—knows that he has a wicked sense of humor. The French model is known for his backstage antics (juggling and rare feats of balancing among them) and his subversive Photoshop mashups, in which he can be seen Face Swapped with a dog, as both mother and son in a classic Pietà pose, and hamming it up between Barack Obama and Karl Lagerfeld. But his latest venture, which, admittedly, started as a joke, has quickly become much more than just another lark.

Earlier this year, Gesnouin launched a t-shirt line, Carne Bollente, with some of his Parisian art-school friends, with the idea of embroidering relatively graphic doodles of various sex positions on a line of t-shirts. “We were having a discussion about what funny things we could do, and one of the guys in the company said, ‘We should draw some sex on the shirts,’ and we just started laughing about it,” he recalls. “But then we started working on the motif and trying to get them precisely done and it just turned into what it is today.” 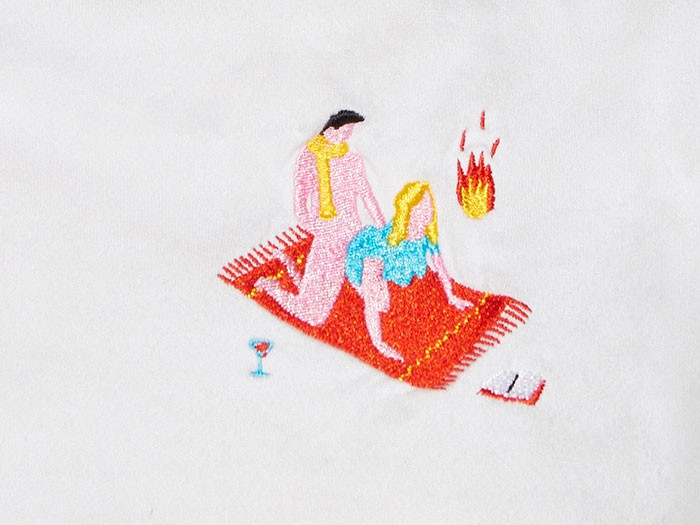 More specifically, what it is today is a line of t-shirts, now in a second run of production after a first batch of eighty sold out in less than a week, with cheeky, impressively detailed depictions of carnal congress, from an off-piste rendezvous complete with toque and mittens to an intimate fireside moment with splayed-open book and a glass of red wine, all by Agoston Palinko, a student at the École des Arts Décoratifs in Paris and one of the line’s cofounders, along with Jacques Averna, Leo Cogos, and Theodore Famery.

But the sex drawings, popular as they are, are just the first in a planned series of collaborations with other artists, each of whom will be given free rein to remake Carne Bollente (the name comes from a genre of extravagantly tacky Italian porn films from the Eighties, which have also served as inspiration for, among others, Jeff Koons). “Every time we do a collaboration, the person basically takes control of our identity—in collaboration with us—and modifies the whole brand, so even our logo can change, our website can change, everything can change,” Gesnouin explains. “What we want to do is to get people from really different contexts and environments to collaborate with us to really find something unique.” 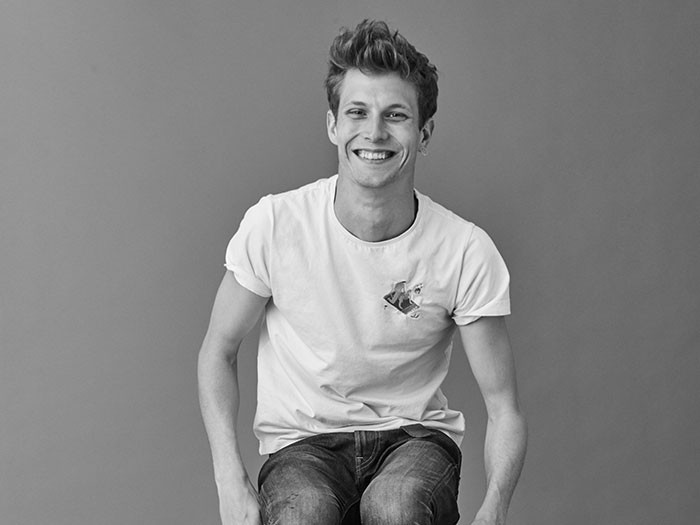 Looking ahead, Gesnouin says the idea is to turn Carne Bollente into much more than just a t-shirt line, with ideas for pop-up shops and a burgeoning music label, a convertible approach that feels representative of contemporary sensibilities. “Our generation right now is built on the Internet, on something which has absolutely no constructed identity and no moral structures,” says Gesnouin. “Nothing is sacred anymore, and anyone can be anybody and do anything. So if you want to build a company which has a modern structure, you want to do something which is able to mutate at any time and just be anything it wants. We want to have something which is completely adaptable. We want to work with people from all over to build a very diverse identity. I think that’s what’s strong about us today—we’re not scared of doing anything with anyone.” Beauty gets Cinematic for Vogue Italia
NEXT