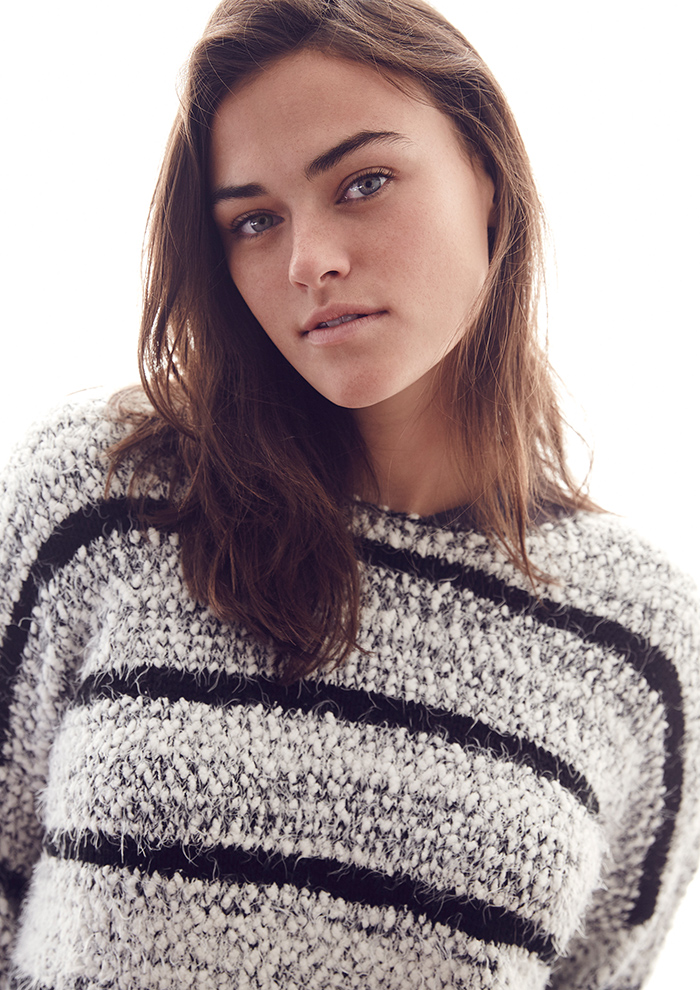 At the end of last year Myla Dalbesio found herself at the center of a heated debate about size within the fashion industry. As the first size 10 model to be featured in Calvin Klein’s underwear ads, she inadvertently challenged fashion’s narrow definition of beauty and started a firestorm over who qualifies as “plus size” – a widely used distinction within the modeling business, but a term Myla and many other models have expressed disdain for. The ads became a talking point everywhere from the New York Times, to the Today Show, drumming up an unprecedented amount of discussion for a campaign launched with little fanfare. Where others may have faltered in the face of such scrutiny Myla turned the situation on its head, sharing her own struggles with body image and working to inspire and impact young girls. With her refreshingly honest demeanor and decade spanning career as both a model and an artist, Myla is one of the most interesting women in modeling today – we caught up with her to talk her sensational year and what the future holds.

How does this new phase of your career feel?

MYLA: It’s so weird, it feels kind of like it is all happening to someone else and I’m just their stand in. In two weeks they’ll come back and I’ll be like “here’s all that cool stuff that’s happened to you” and then I’ll go back to my normal life.

I wasn’t expecting it. I feel like I’m just a normal girl from Wisconsin, I imagine this only happens to fabulous people who drink champagne all the time and I’m just hanging out having fun with my dog.

How did you take the controversy surrounding the Calvin Klein ads?

MYLA: At first I felt bad because I felt as though I was being misrepresented and as a result it hurt people unintentionally. That was disappointing, but I got the opportunity to explain myself and reiterate what I felt initially. It was really helpful for me and in the end all the confusion and controversy has started a conversation.

I’ve always been this size and in fashion that has made me wonder just where I fit it. I’d been hoping someone would start this conversation, but I never would have expected it to be me. I’m humbled and honored to be the person who does it even if it was unexpected.

It is great and it makes people think – challenge their own preconceptions.

MYLA: It began with an incredibly benign interview. Calvin wasn’t pushing for this stuff at all – they didn’t make a fuss when they dropped the campaign which was so cool. They’re not pandering to anything and they’ve stood behind me which feels really wonderful.

You’ve been able to do some impressive things lately – what was appearing on the Today Show like?

MYLA: I’d done television interviews before but they’re usually pre-taped and edited. I’m an excitable gal and when you do a pre-taped interview they can take all that out and edit out all your swear words. On The Today Show it is all live so the whole time I’m thinking “don’t swear, don’t swear – try not to say like so much.” 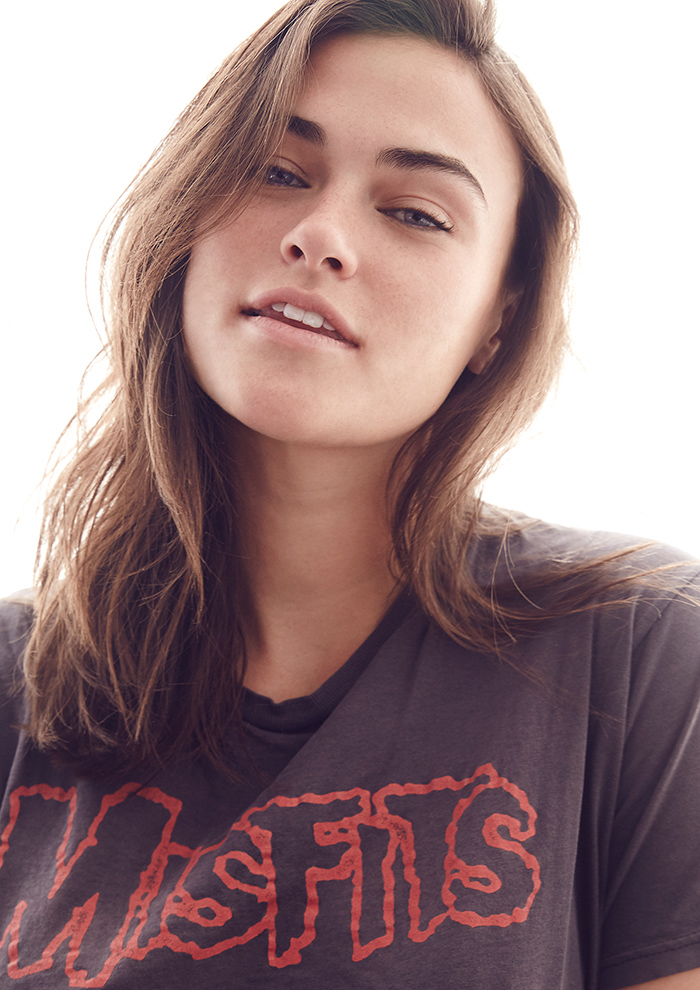 It’s wonderful that you’re using your experiences to impact others – especially young girls.

MYLA: I feel like I’ve spent the past 10 years figuring out how to be – and this sounds corny – live my life in the most authentic way that I can. Figure out who I am and be completely ok with that, I’ve messed up along the way but I never thought that the result of that journey could turn me into a role model. That I could use all those mistakes to help out other people – it’s surreal but it is really cool.

Sometimes people think that once you sign to an agency you become perfect and totally confident in yourself – that you’re not questioning yourself and not jealous, and sometimes the opposite is true when you’re a model and all those negative emotions can be magnified. Behind all the glamorous things you see on the outside there are real people. There are times when I’ve worked with people who I’ve seen in magazines and I realized that ok this person has flaws too, they have pimples and weird stretch marks and imperfections – they’re just like everyone else.

The images we get are so perfect so sometimes we forget that they aren’t the reality.

MYLA: Definitely, it is easy to forget what goes into making those images. The hair, the makeup, the lighting, the retouching.

MYLA: Now I’m having all these great meetings about what is coming next and there are a lot of exciting things on the table . I’m most excited about the opportunity to work with teens and college-age girls, speaking with them about body image and learning to accept yourself.

I’m also getting back in the studio which is challenging – every free moment that I have I like to be in the studio just working on my art. I’m in the middle of studio visits and working on some new performances that I plan to do in the spring so just trying to fit all that in. I’ve been writing as well so I’m kind of working on a book as well prose and a few memoir-esque pieces.

I think I speak for everyone when I say we can’t wait to see it!