The red carpets of Cannes and amFar served as an impeccable showcase for model style in all its decadent glory.

Pretty in pink! The dramatic Ms. Stone eschews the typical in favor of some good ol’ fashioned Calvin minimalism in a bubblegum color. With understate diamond bracelets and rings serving as her only accessories Lara puts the focus on that bold color and her unforgettable curves. 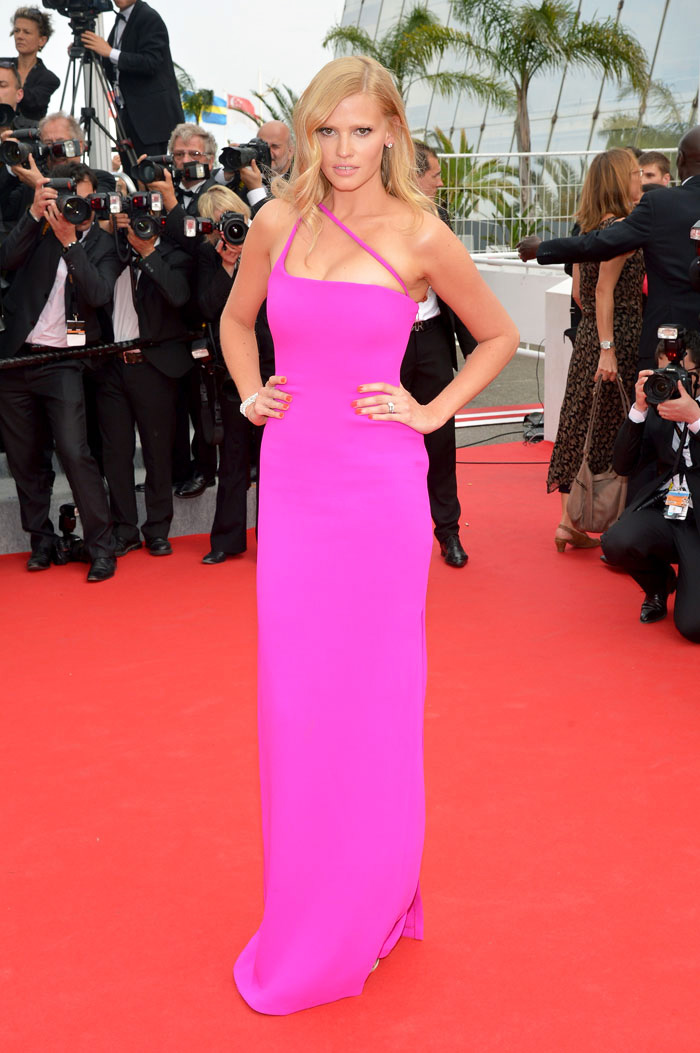 Few could pull off Olivier Rousteing‘s braided and twisted Balmain number in this juicy yellow hue, but on Jourdan the heavily detailed dress is perfection. 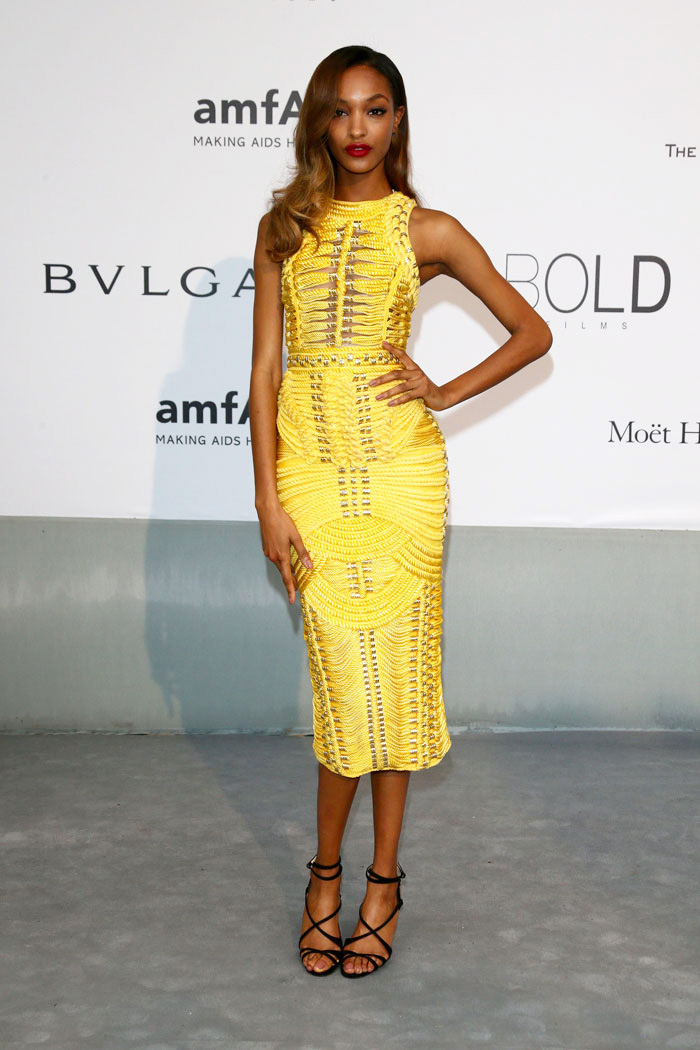 Say it with flowers! The embroidered Dolce florals could seem twee on the wrong wearer, but in the capable hands of Eva Herzigova the look is sweet yet sophisticated. 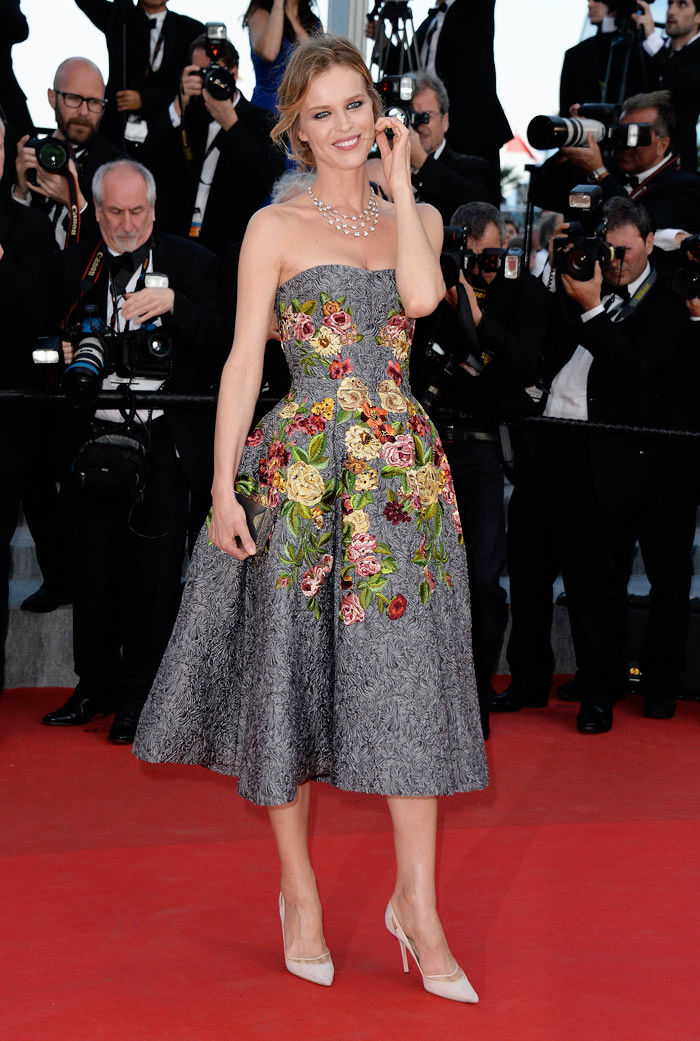 With a lead role in the Saint Laurent biopic, Aymeline was a major presence on the Cannes red carpet and sported a multitude of looks throughout the week. Our favorite was this refined dress from Dior that made her look every inch the star. 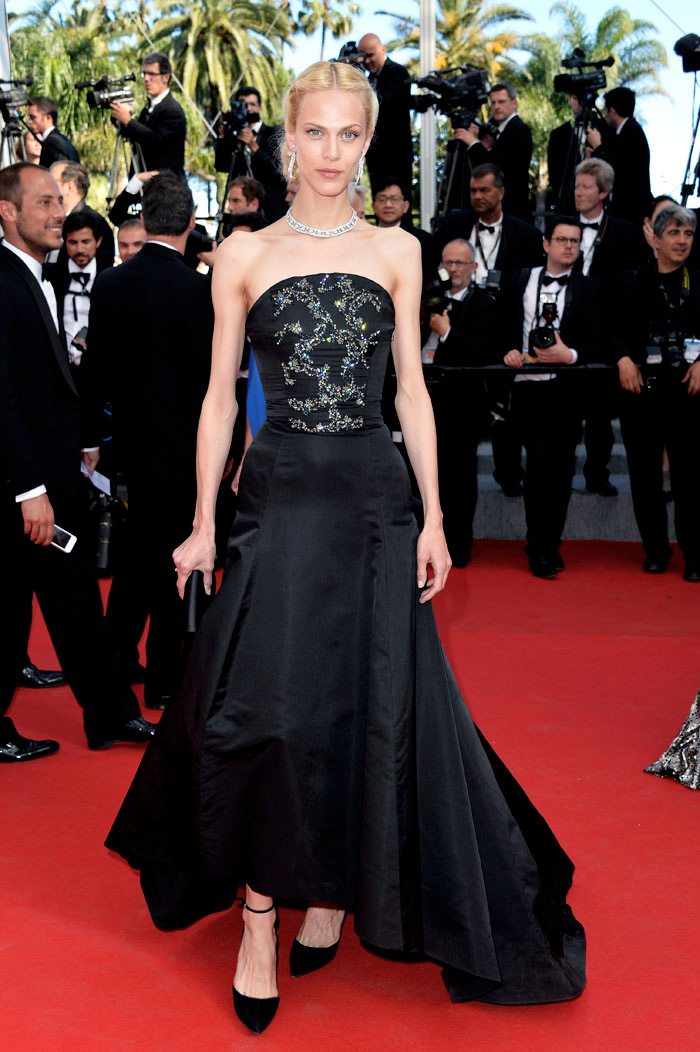 If there is anyone who knows how to make a red carpet moment it’s the always impeccably dressed, Izabel. In creamy colored head to toe Elie Saab Ms. Goulart cuts an impressive figure! One label we don’t see on the red carpet as often as we’d like is Marni, so imagine our surprise when the dazzling Natasha Poly showed up to Cannes in a custom Marni look. The emerald green gown with its sleek peplum and flowing skirt was a stunning compliment to Poly’s lithe physique. 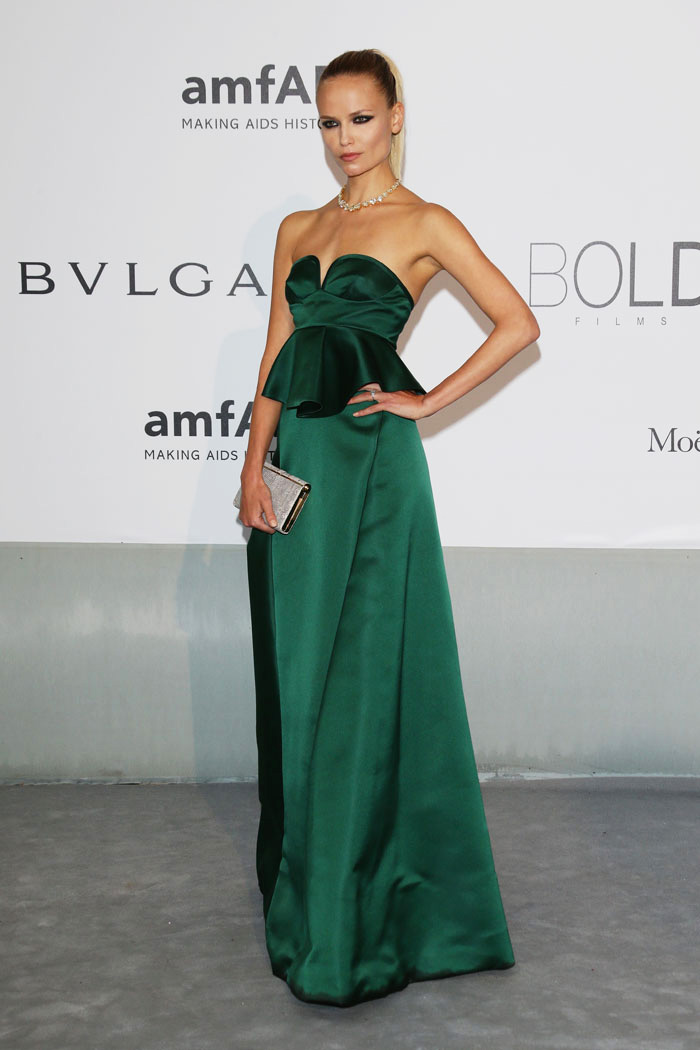 Pucci has never looked as good as on the back of Jacquelyn, the label’s all white gown with strategic cutouts throughout manages to be sexy yet demure. 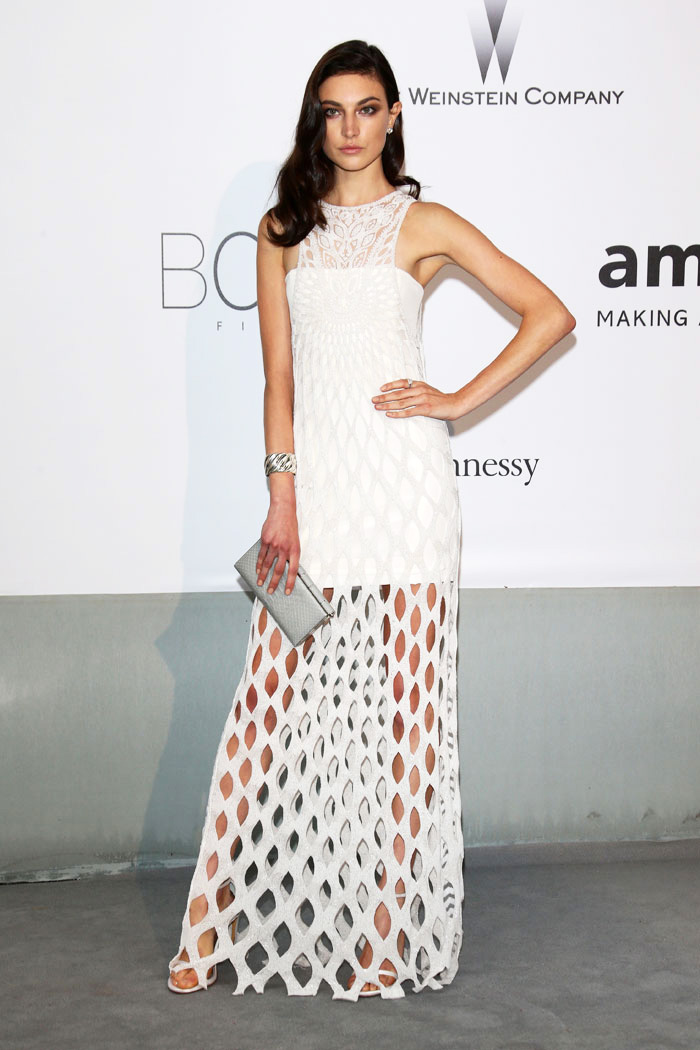 No one wears Roberto Cavalli in quite the same way that Liya Kebede does. The Italian designer is known for the sexiness inherent in his creations, but on Liya his designs get an added touch of sophistication. The beaded blue cocktail number was a perfect fit on the red carpet and popped against the flash of the paparazzi flashbulbs. 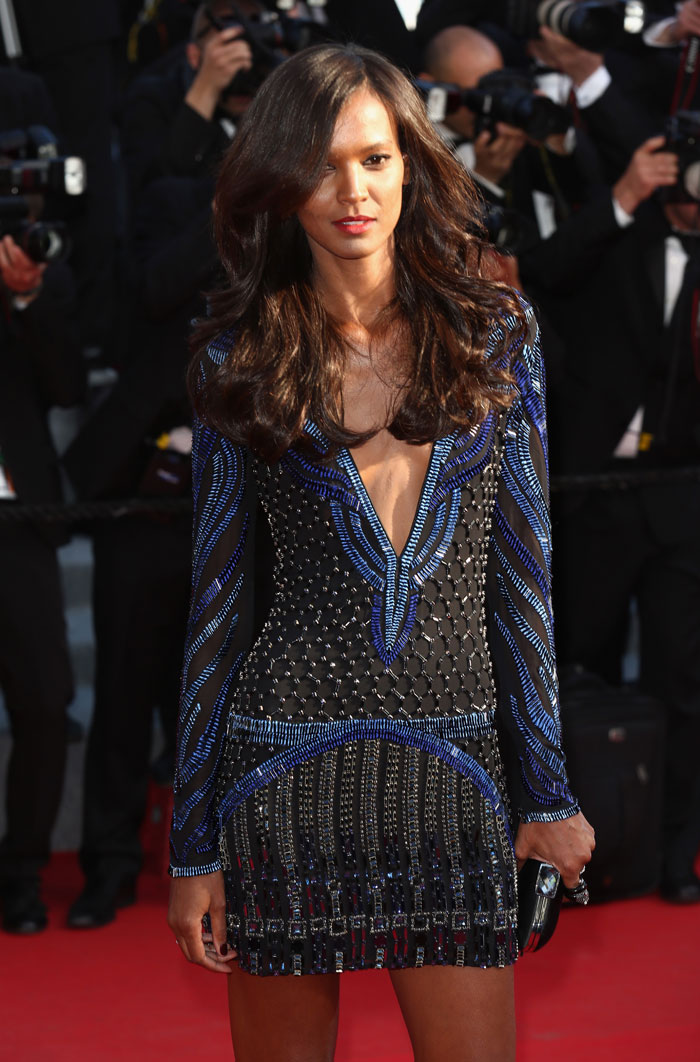 The Hedi look for Saint Laurent has been characterized by a tough, at times grungy take on luxe so to see the label doing Hollywood glam on the Cannes red carpet is a welcome change of pace. Liu Wen made the rounds in a variety of impressive looks this week, but this was among the best. 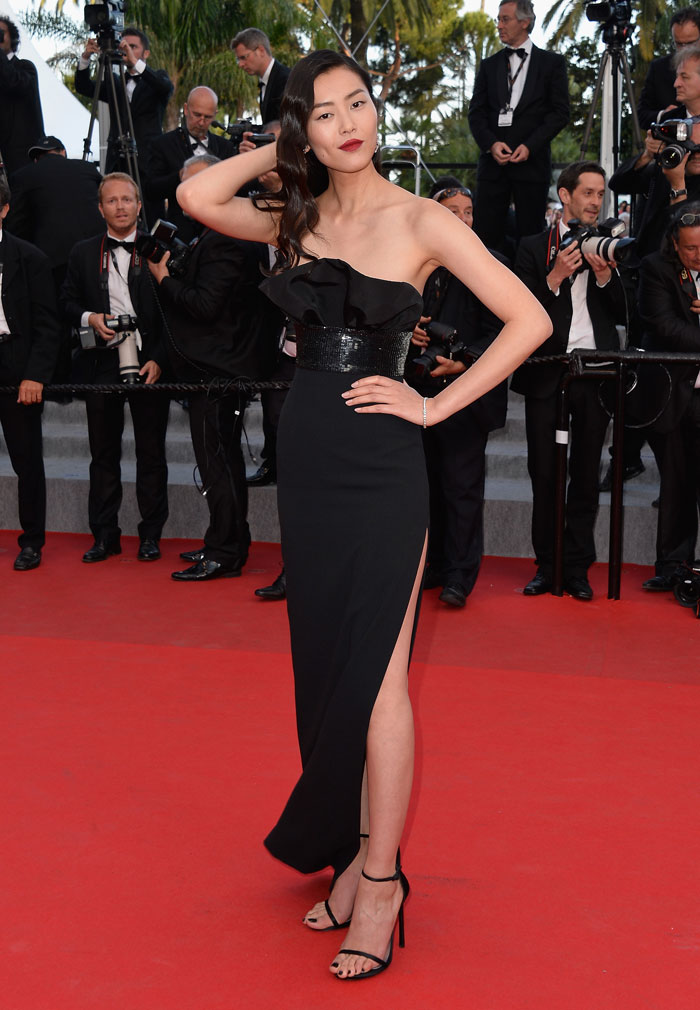 Cara + Chanel is a winning combo and her sequin covered couture mini was a playful choice that suited her sparkling personality. 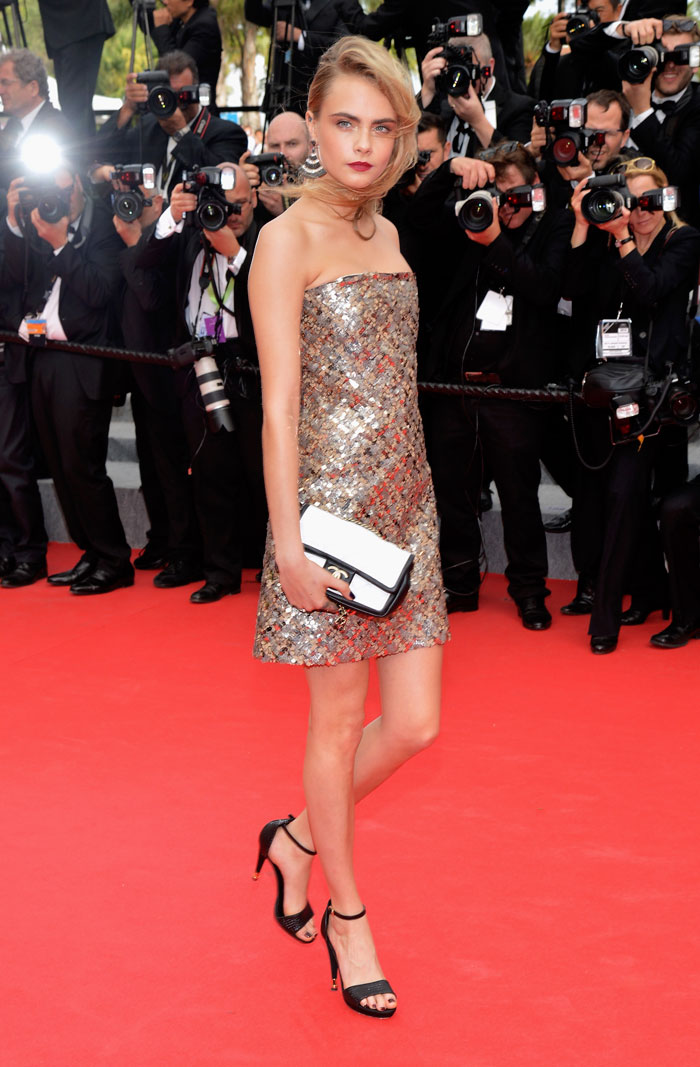 Pure movie star glamour! Someone cast Rosie in another blockbuster! 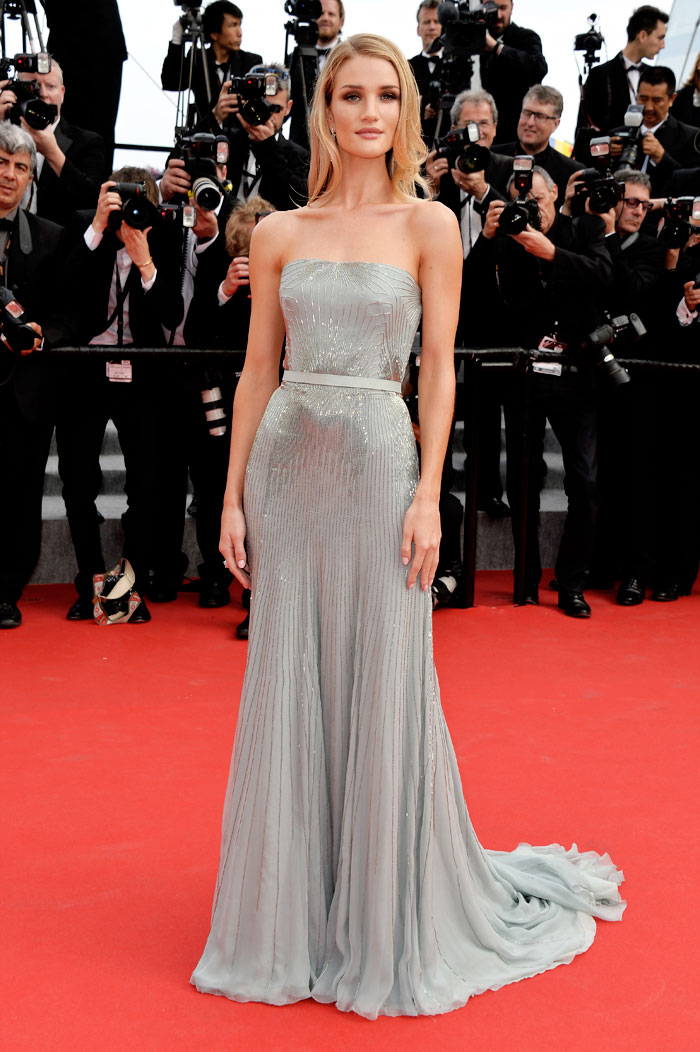