See which models made beauty waves in 2014 with a look back at the year’s beauty winners. 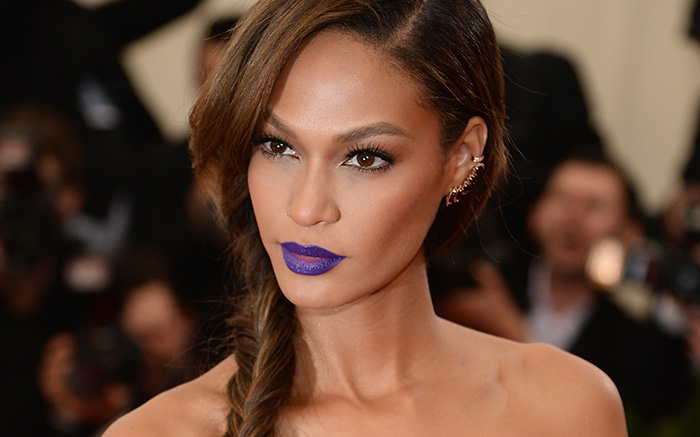 Making a splash on the Met Gala red carpet is no easy feat. With everyone dressed to the nines and gunning for attention a girl can get lost in the crowd, but not if you’re Joan Smalls. The Estee Lauder spokesmodel and beauty risk taker sported a purple pout worthy of Prince himself and wore it with flair. The enviable lip look created by makeup artist Sir John, makes the most of the unexpected color and Joan’s flawless complexion.

The year’s red-carpet fixtures like Jourdan Dunn, Aymeline Valade and Emily Ratajkowski also displayed an array of enviable looks. Jourdan played up her new blonde bob with warm colors and shimmering eyeshadow, while Aymeline’s platinum tresses were adorned with jewels and pinned in daring up-dos and braids as she traveled the world doing press for Saint Laurent. Meanwhile, Emily amped up the old-Hollywood glamour with glossy red lips and movie star waves worthy of Rita Hayworth. 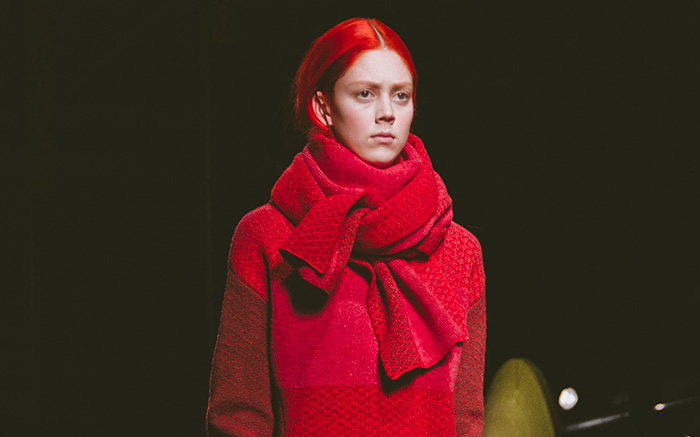 When it comes to hair color most models move between blonde and brunette easily, but the boldest colors pack the most oomph and Natalie Westling’s fiery locks at Prabal Gurung’s F/W show was a bonafide fashion moment. The neon color brought to mind the days when fearless models like Sibyl Buck and Alice Dodd sported wild Manic Panic dyed tresses on and off the runway.

Brunettes had more fun this year with famously blonde beauties like Cara Delevingne, Sasha Luss, Aline Weber and Suki Waterhouse all ditching their golden locks in favor of darker hues. Cara went chocolate brown for her role in the upcoming film, Paper Towns, while Suki & Sasha dabbled with the dark side briefly just for fun.

The Evangelista award for hair color experimentation goes to Edie Campbell. Her famous mullet transformed from jet black, to strawberry blonde to platinum highlighted. She switched styles and colors with ease, looking cooler with each and every change. 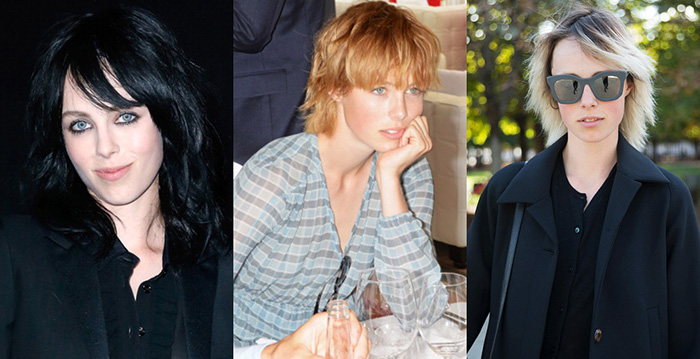 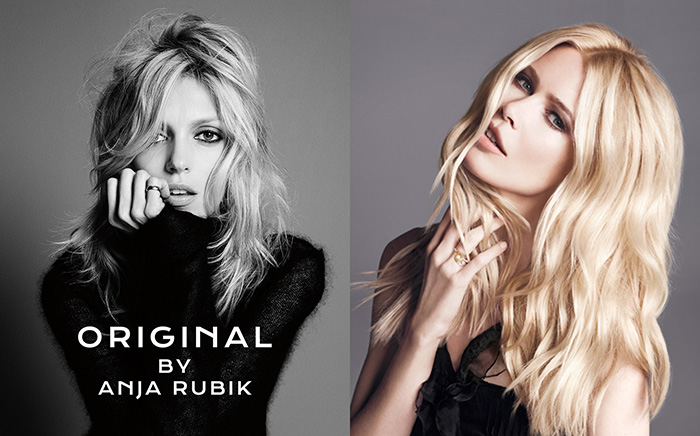 Most models are content to be the face of a fragrance but not Anja Rubik. This year the enterprising beauty took her passion for fragrance to the next level launching her scent Original by Anja Rubik at exclusive boutiques from Colette to Net-A-Porter. The refreshing green tea, peppercorn and white lily blend crafted by Rubik & nose Patricia Choux, has been a hit with editors & perfumistas alike.

After decades of starring in hair ads and serving as inspiration to anyone who’s ever coveted blonde waves, supermodel Claudia Schiffer flipped the script and launched her own haircare line. The affordable line developed in partnership with German brand Schwarzkopf, is expected to do 25 million worth of business in its first year alone. 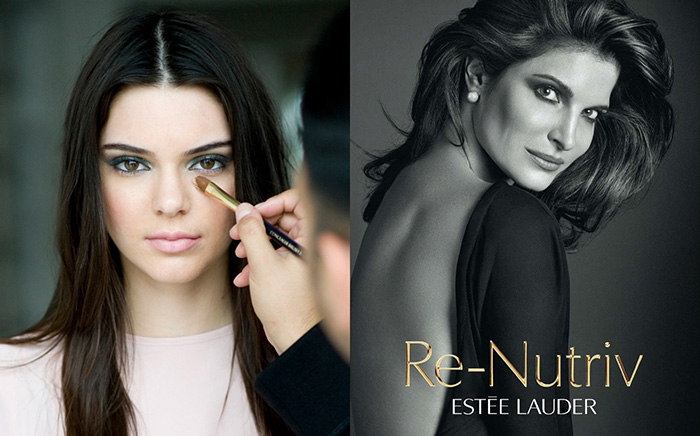 It goes without saying that Kendall Jenner has been phenomenally successful in 2014, but her biggest coup came when she was announced as the latest face of Estee Lauder. Jenner brought her social media savvy to the role with announcements to her millions of followers on Instagram & Twitter.

One of the most interesting & exciting developments when it came to this year’s beauty ads was the use of models over the age of 40. Brands truly embraced the “age is nothing but a number” adage and enlisted gorgeous spokeswomen from Stephanie Seymour for Estee, to actresses Charlotte Rampling & Tilda Swinton for NARS. 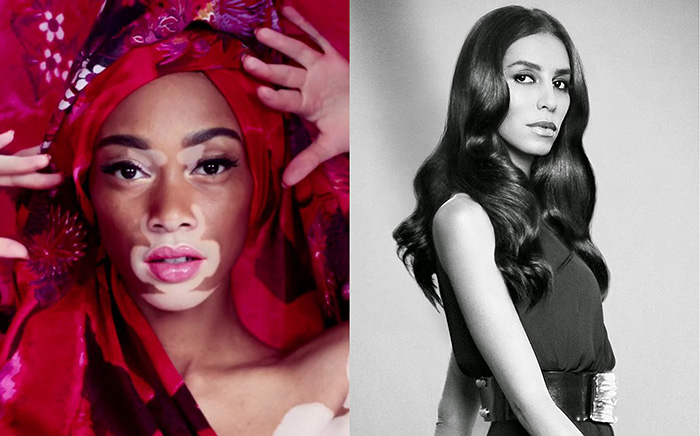 Often the best beauty moments don’t involve a product, they instead center around an individual who challenges the very way we see what is beautiful. 2014 had several such people, among them Chantelle Brown-Young aka Winnie Harlow, who as the first fashion model with vitiligo broke barriers and inspired many with her appearances in campaigns for Desigual and in the pages of Dazed & Confused and i-D Magazine.

As another of the year’s big winners, Lea T continued her exemplary career with her new role as the face of Redken, making her the first transgender model to front a beauty campaign. The move which made news globally served as an incredible milestone and is hopefully the start of inclusion and diversity becoming the norm in beauty advertising.

Airbrushing has become the norm when it comes to beauty imagery, but sometimes the most compelling photos come when someone is unafraid to show their flaws. Such was the case when Lara Stone posed for System Magazine and allowed Juergen Teller to photograph her post-pregnancy body in all its glory. In a sea of hyper-retouched images Teller’s raw, evocative photos stood out and Lara’s willingness to showcase the reality rather than retouched perfection made her all the more beautiful. 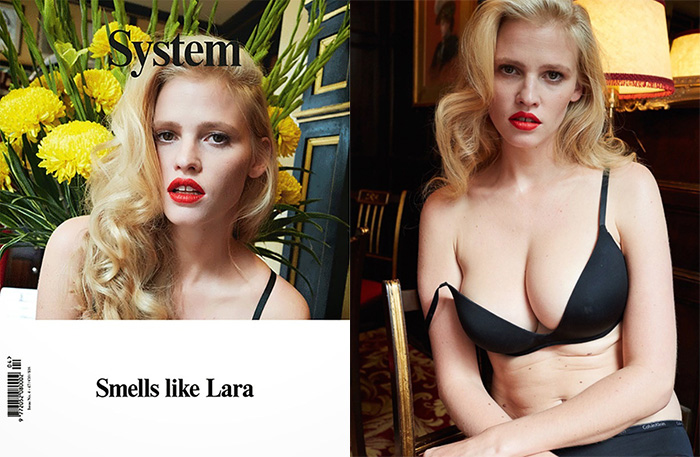