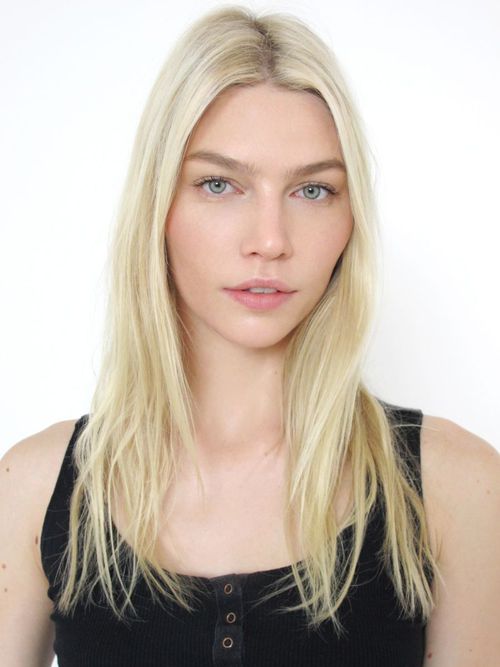 Birth Date: March 22, 1989
Nationality: Brazil
Aline Weber was born in Santa Catarina, a Brazilian countryside town and common last-stop for German emigrants. Aline and her younger sister’s earliest fashion moments consisted exclusively of t-shirts, jeans and their mother’s handmade clothing. “Nobody even knew who Calvin Klein was.” Aline told Vogue.com. After being discovered, she moved to Sao Paulo at the age of 14 and quickly transformed into one of the most successful Brazilian faces.

Aline made her international runway debut at New York Fashion Week, walking in Tommy Hilfiger’s Spring/Summer 2016 show. She has since has walked in over 100 shows and opened and closed for top design houses including Balenciaga, Helmut Lang, Tom Ford, Altuzarra, Alexander Wang, Rodarte, Hugo Boss, Derek Lam and Jason Wu.

In 2009, the leggy blonde with her signature cheekbones transitioned into film, channeling the iconic Brigitte Bardot in Tom Ford’s feature debut film, “A Single Man,” appearing alongside Colin Firth and Julianna Moore as “Lois.” In 2012, she shared screen time with Kanye West in Barnaby Roper’s short film for Anja Rubik’s 25 Magazine.

Aline Weber in the news: