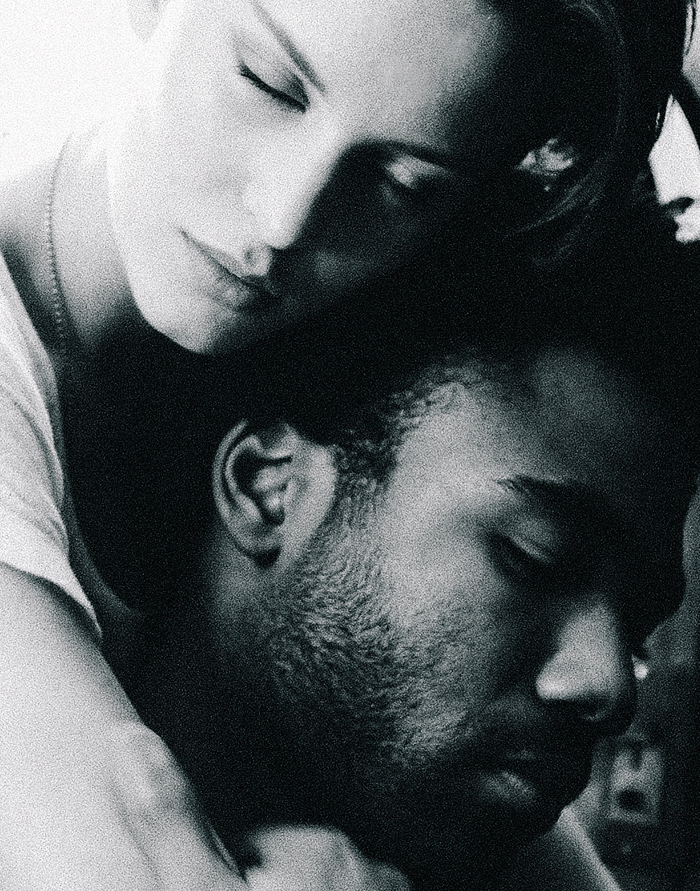 Ellinore Erichsen and Donald Glover pair up for a melancholy take on young love shot by Ibra Ake for Models.com. Rising star Ellinore shares her thoughts on the shoot, her personal style and the perks of being a yoga practitioner.

What was it like collaborating on this particular shoot?

Ellinore Erichsen: I know Ibra Ake the photographer from before. It’s a fun story actually, I got to know Donald’s band and Ibra in Paris ’12 when they were in town for a show. We’ve been hanging out since all over the world. With this story I think Ibra wanted to put two of his good friends together from two different worlds, to create something fun and different. I loved the idea and the shoot was very spontaneous. The result of the shoot turned out to be my all time favorite photographs of me!

What was the best part of the shoot for you?

EE: Now when I look back at it, it felt like we were shooting a film. Donald is a very talented actor and performer so I couldn’t really tell if he was himself or acting as a character for the camera and the story. Regardless, I was blown away by his charm and sharp tongue, his personality is very electric. The best part was simply to get to know Donald in person since I’ve spent quite some time with the people around him. After we wrapped up the shoot we ordered room service before it was time to leave for a secret intimate show for his fans in a private loft in TriBeCa. It was a memorable day!

Did you and Donald know each other before you did this story?

EE: We met briefly after a show in Australia over a year ago and just before the shoot I somehow ended up hanging out where he did a signing for his new album at a record store in Williamsburg. So I first got to see how he is with his fans, which was quite amazing! I couldn’t resist buying the record myself and getting it signed by him haha!

What do you enjoy doing when you’re off duty?

EE: I recently discovered yoga so I’ve been a devoted practitioner for a few months now. I also love running which is keeping me energized. Books always keeps me entertained, haunting for the big classics in archives around the world and of course, to read them!

Can you tell us a bit about your personal style

EE: I’ve always been attracted to a minimalistic style with the focus on shapes and lines. My wardrobe consists mostly black pieces with some exceptions of white and blue. I love old black and white films and photographs for the serious heaviness it brings, I’m drawn to the shadows and the depth. Fashion and art are inseparable for me and I guess that’s why I love the world of Acne Studios and their integration of the two.

Any exciting projects on the horizon – personal or related to work.

EE: I’m getting in shape for running a marathon in the near future and I’m about to finish up a class I took in Politics in the European Union. Getting an education class by class would be my most exciting personal project for now. When it comes to modeling I’ve discovered a new love for my job and I’m enjoying every bit of it. It’s definitely a life with quality and sense of freedom that not many people have the luxury to have. It’s very exciting to be on this journey right now! 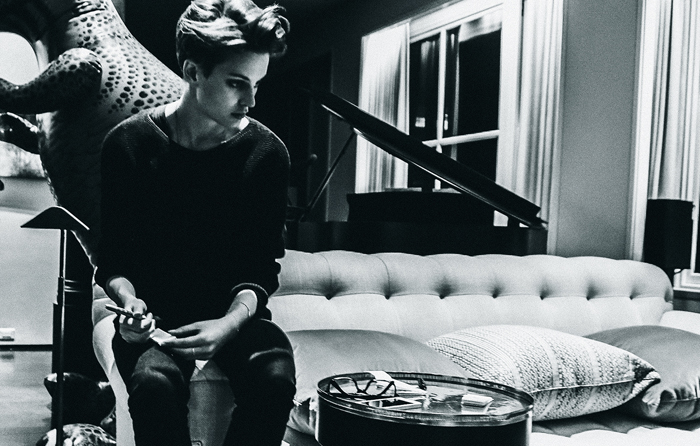 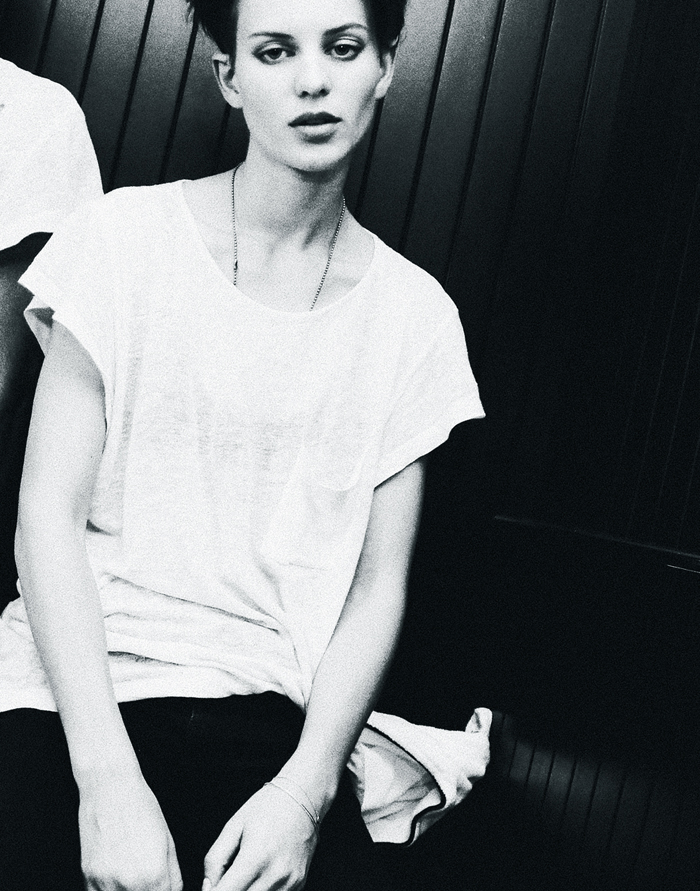 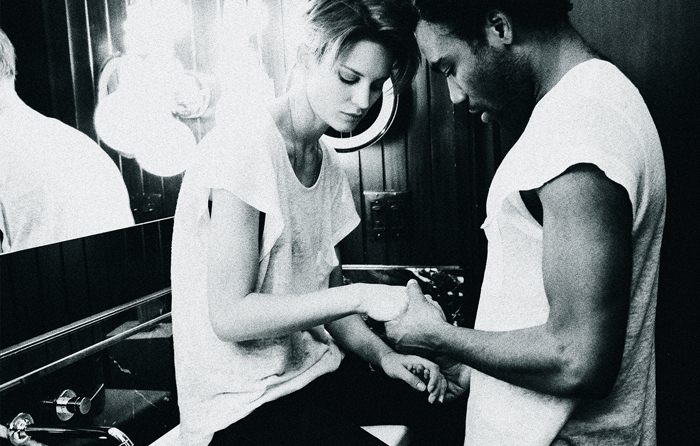 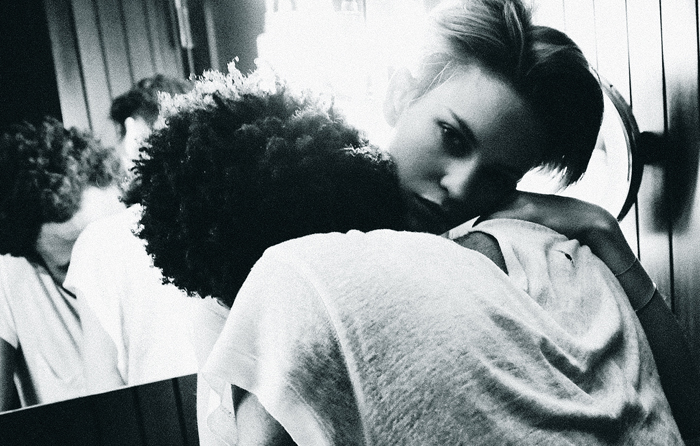 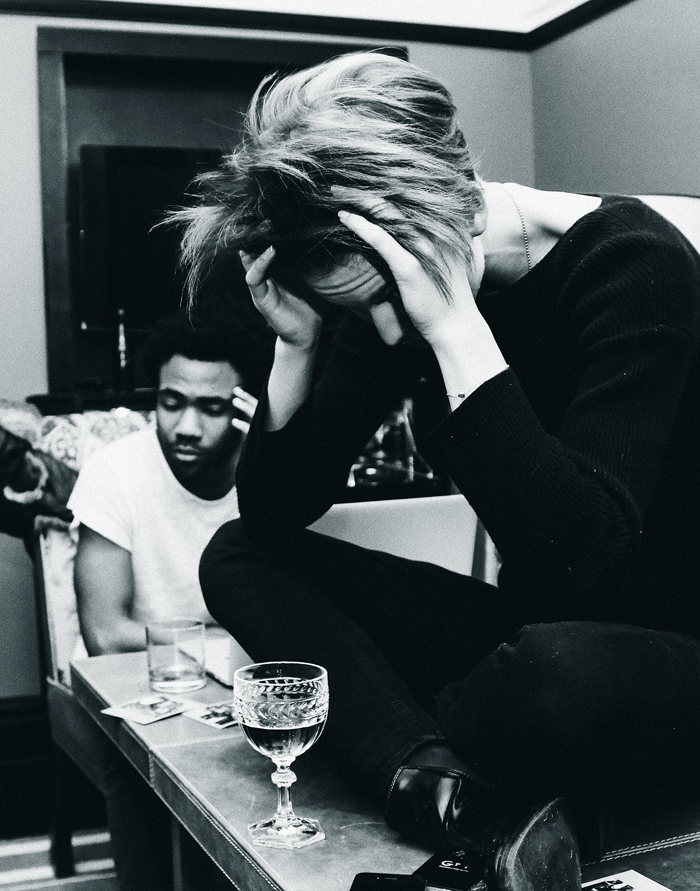 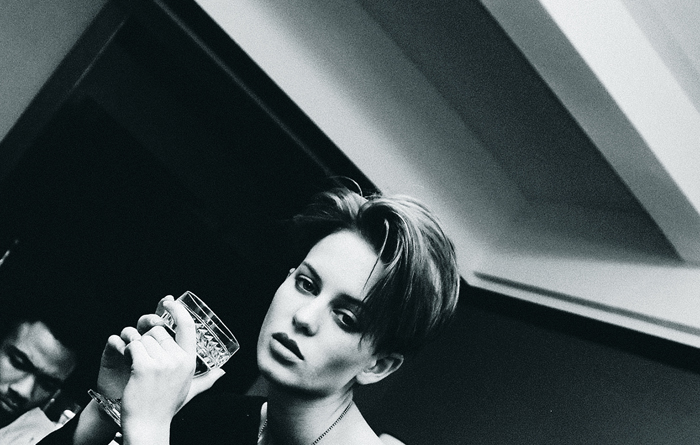 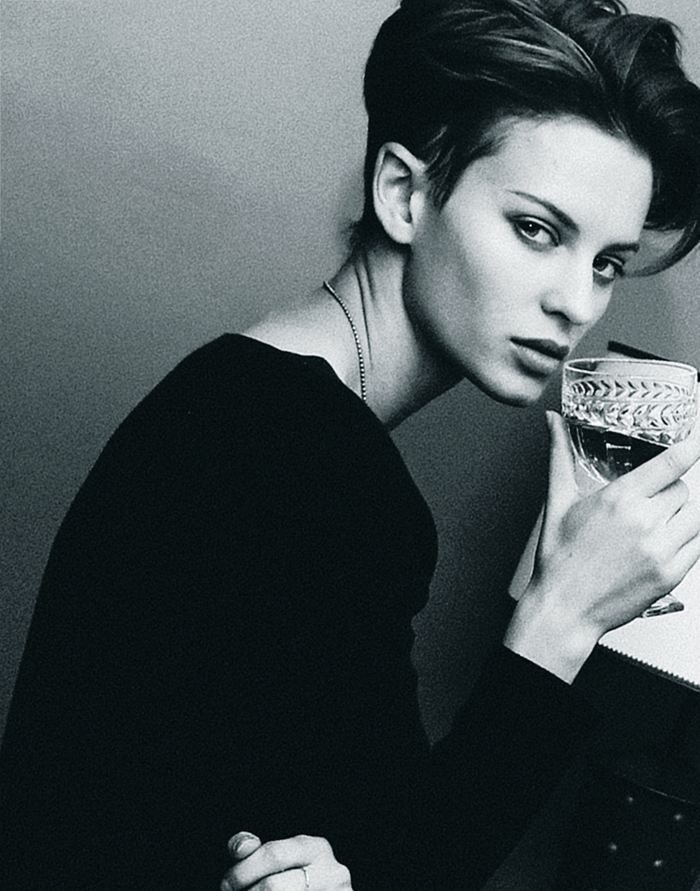 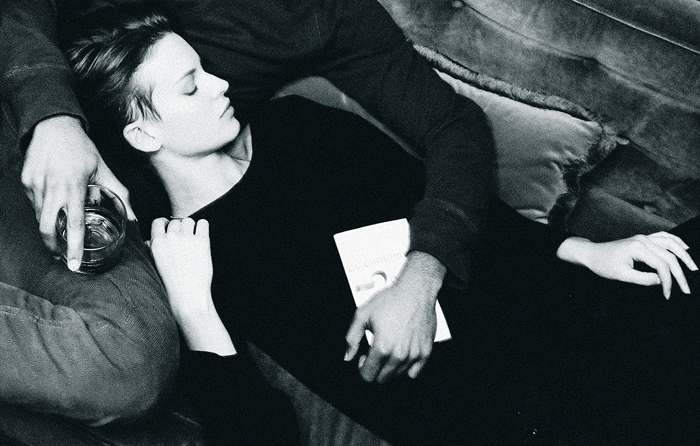 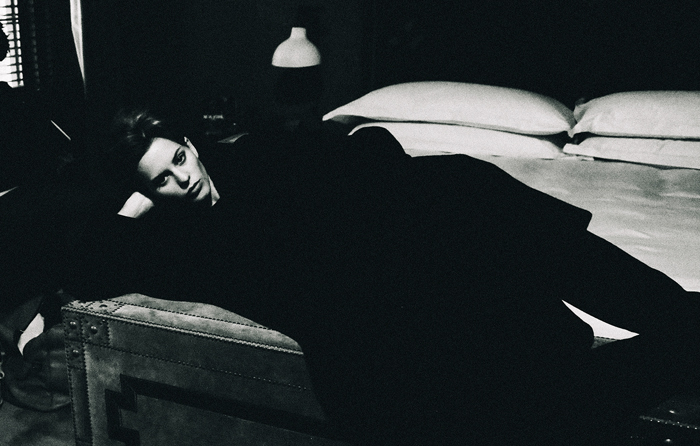 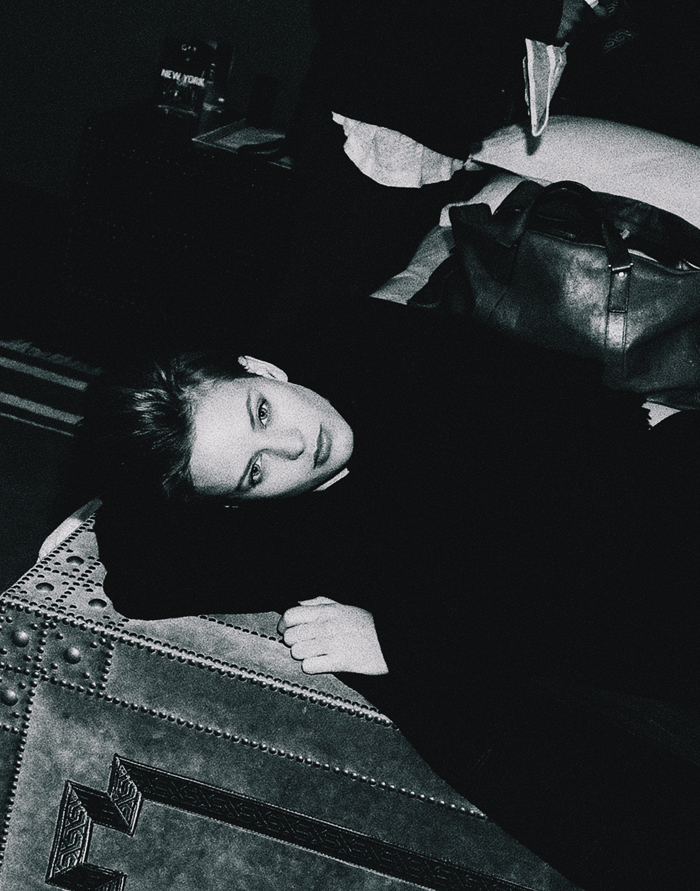 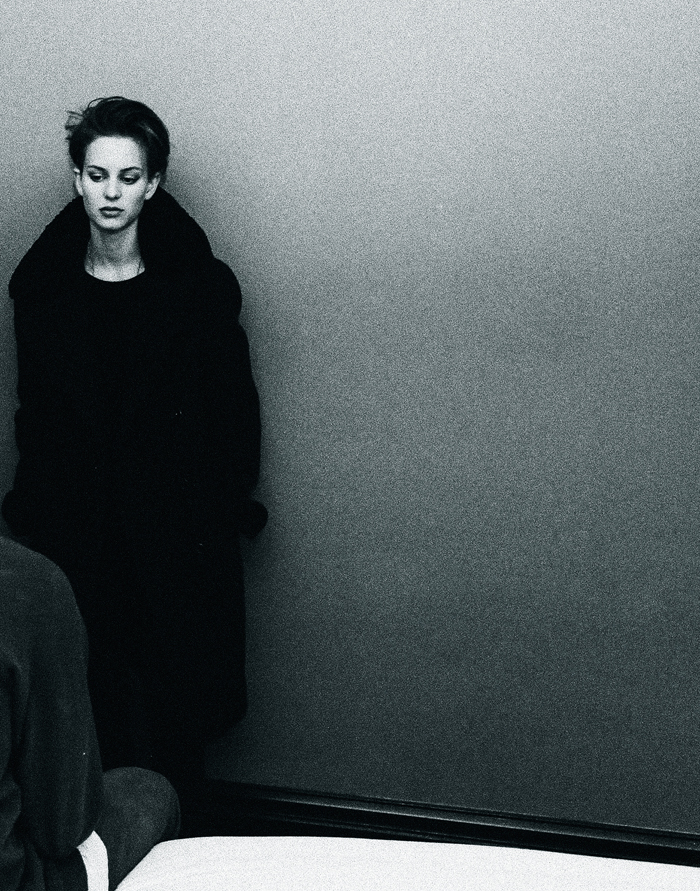