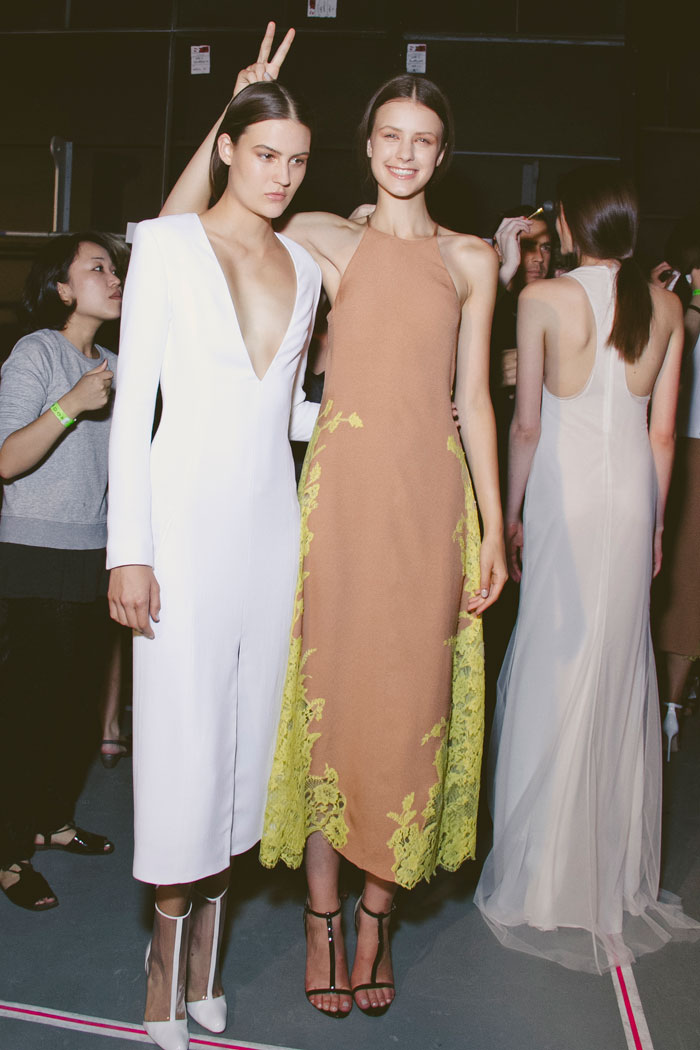 For fashion’s young designers, there is always a collection which marks a coming of age moment, solidifying the designer’s maturity and highlighting their talent in a way that makes the fashion crowd sit up and taken notice. For Wes Gordon his S/S14 show was one such moment, the Atlanta born designer has been quietly showing a presentation in New York for the past few seasons, but spring marked his first runway show and what a show it was. Gordon has always been sophisticated beyond his years, but this time around he tempered the chic with a wearability that made his designs skew younger and fresher than ever before. Beginning with a pared down combo of slate cashmere sweater and lace embellished skirt on Jac, then continuing with the lace motif on figure hugging dresses and slit skirts, Gordon created a distinctive look that was delightful. Easygoing additions like a herringbone motorcycle jacket (worn as a cape, naturally) and lighter than air slip dresses were equally well received. The coup de grace was a gilded silver embellished material that wore like chain mail and featured on a variety of looks, offering a sleek display of skin and a signature piece that is certain to resonate editorially. 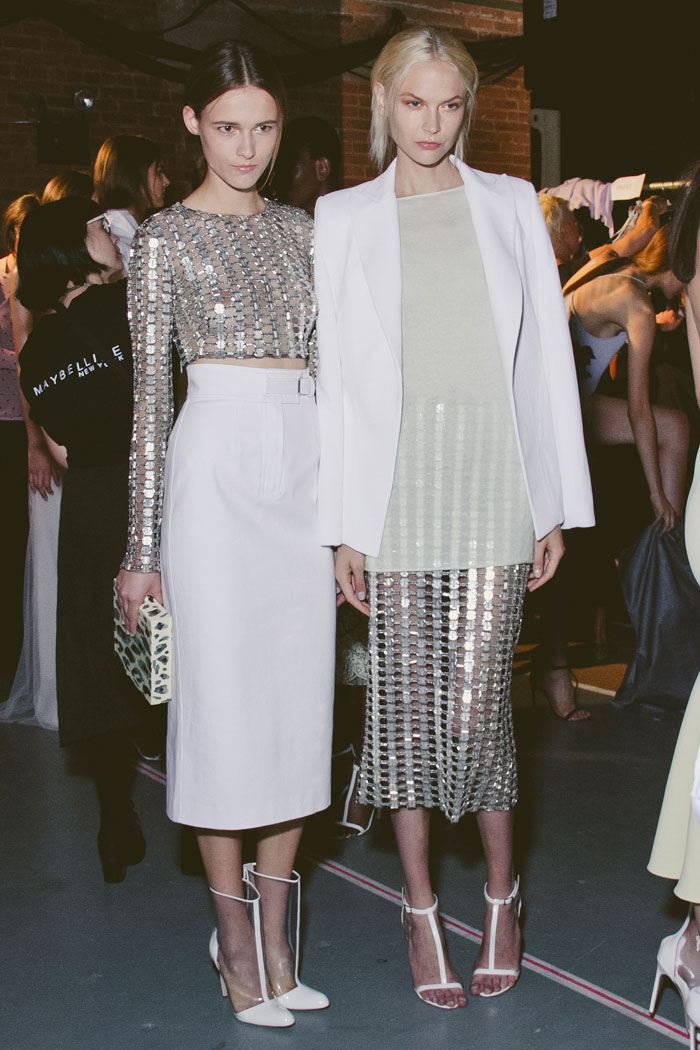 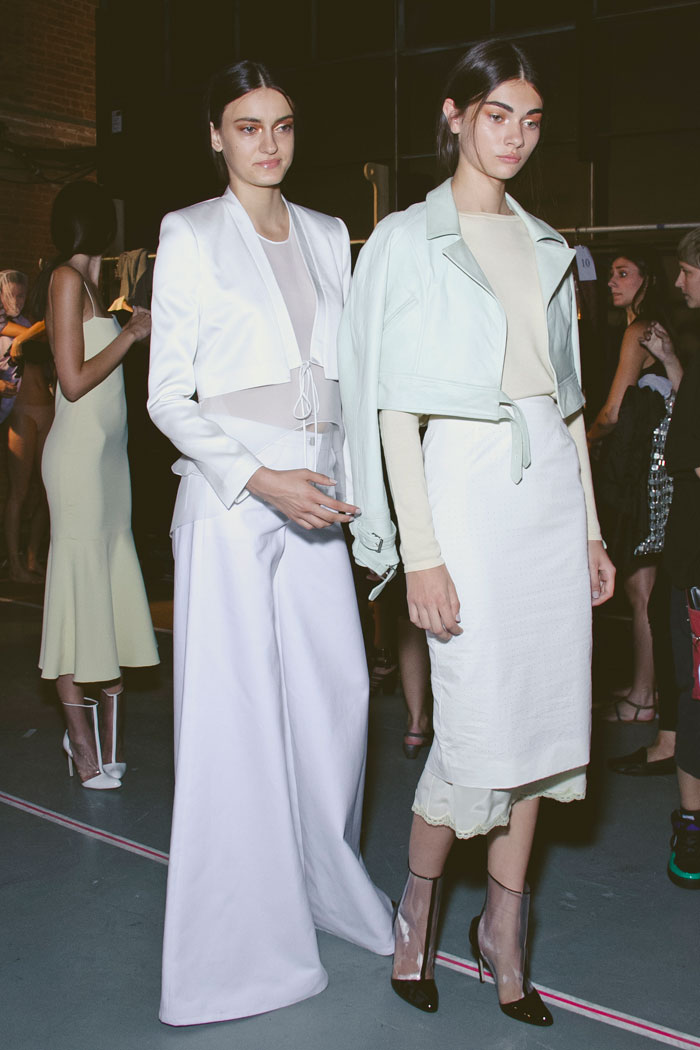 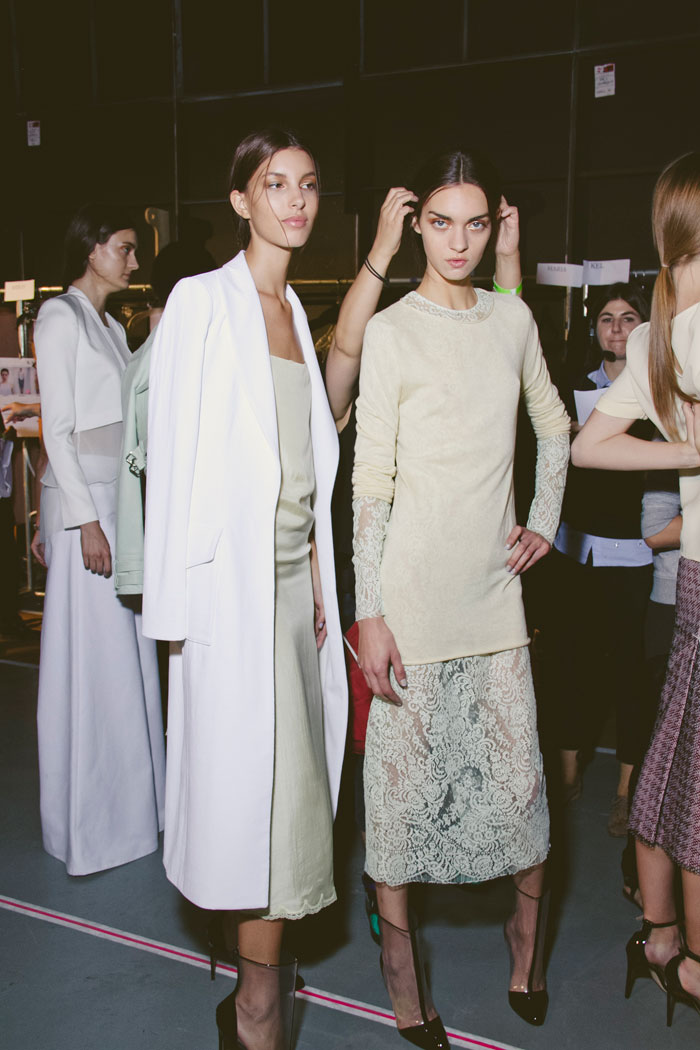 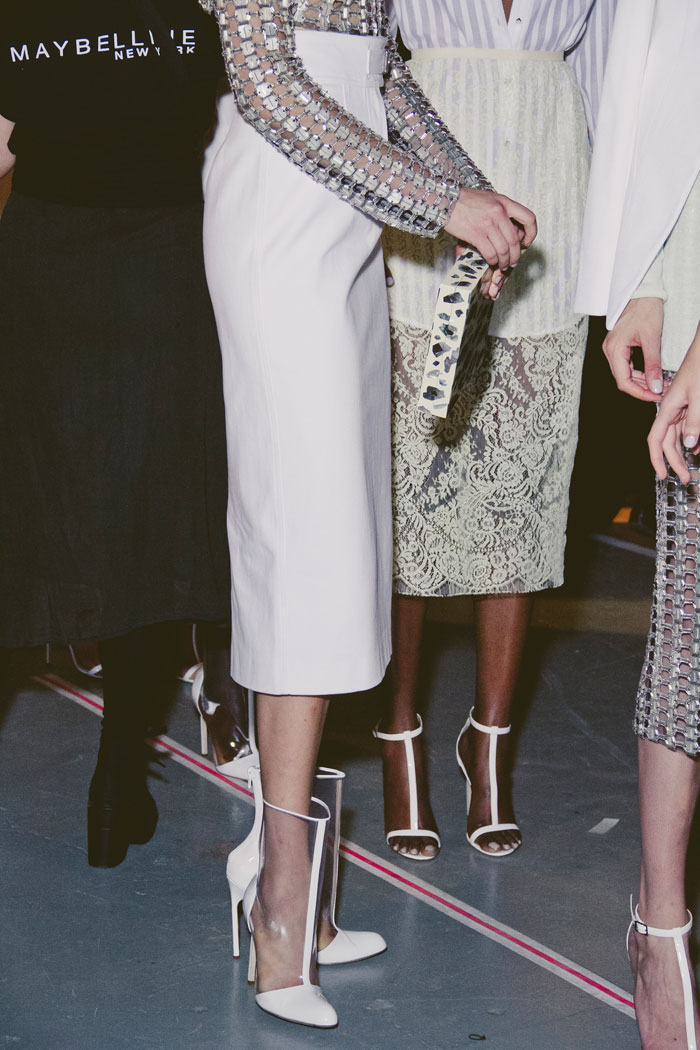 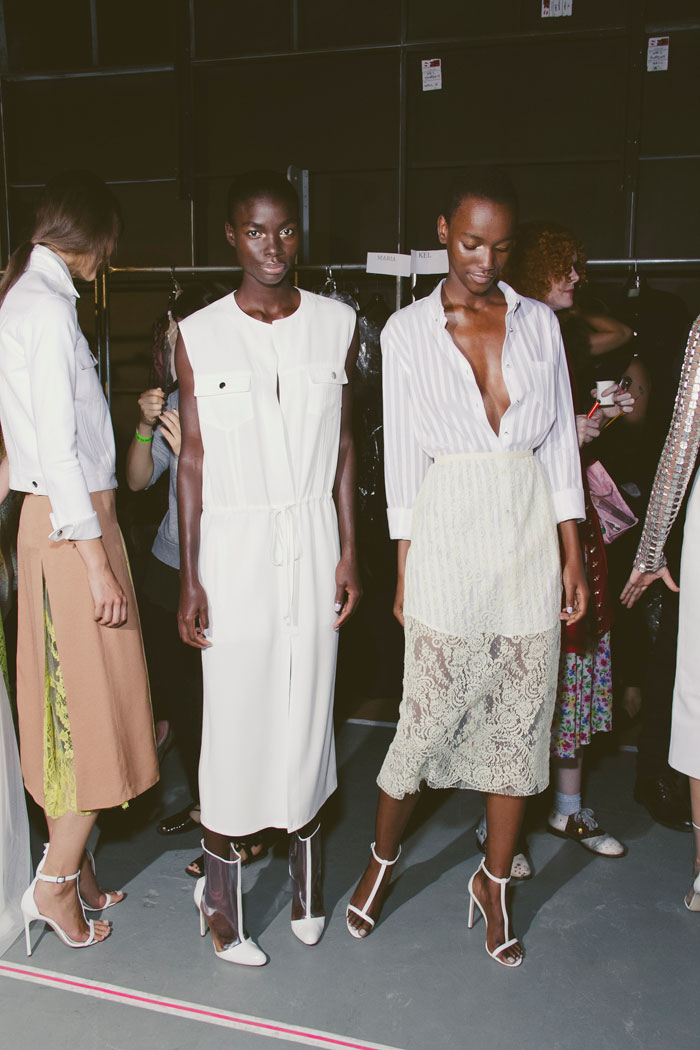 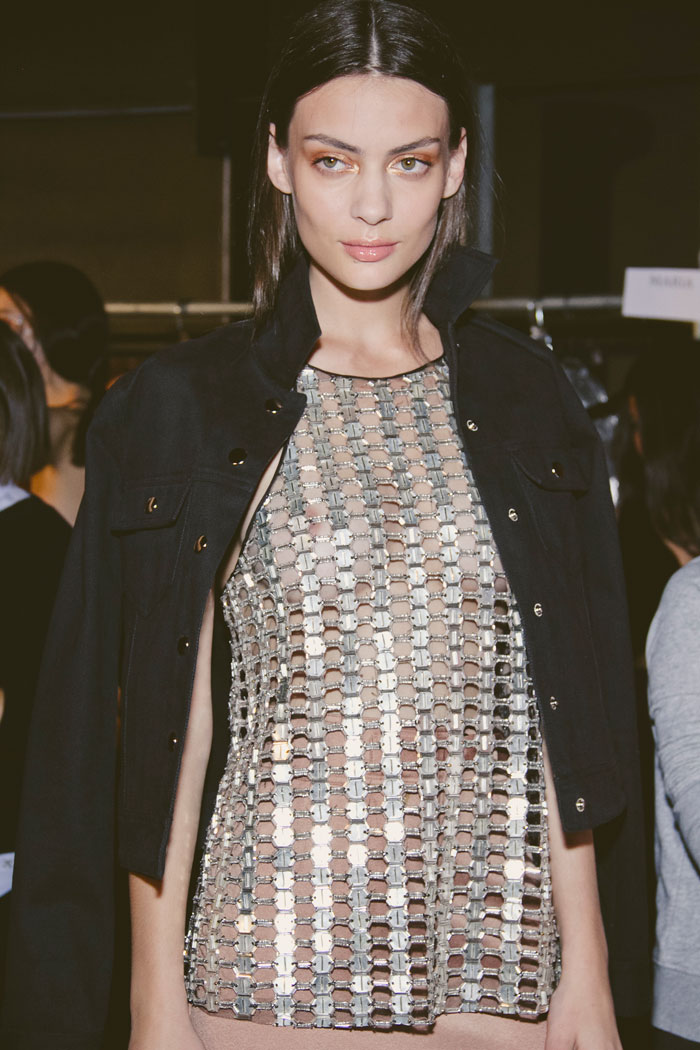 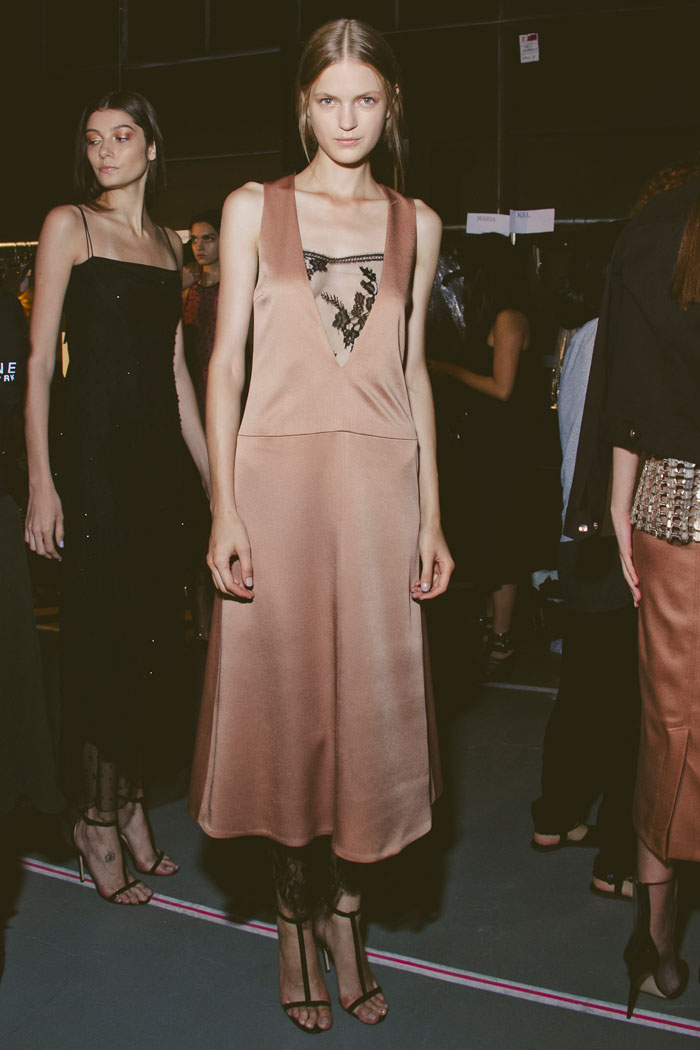 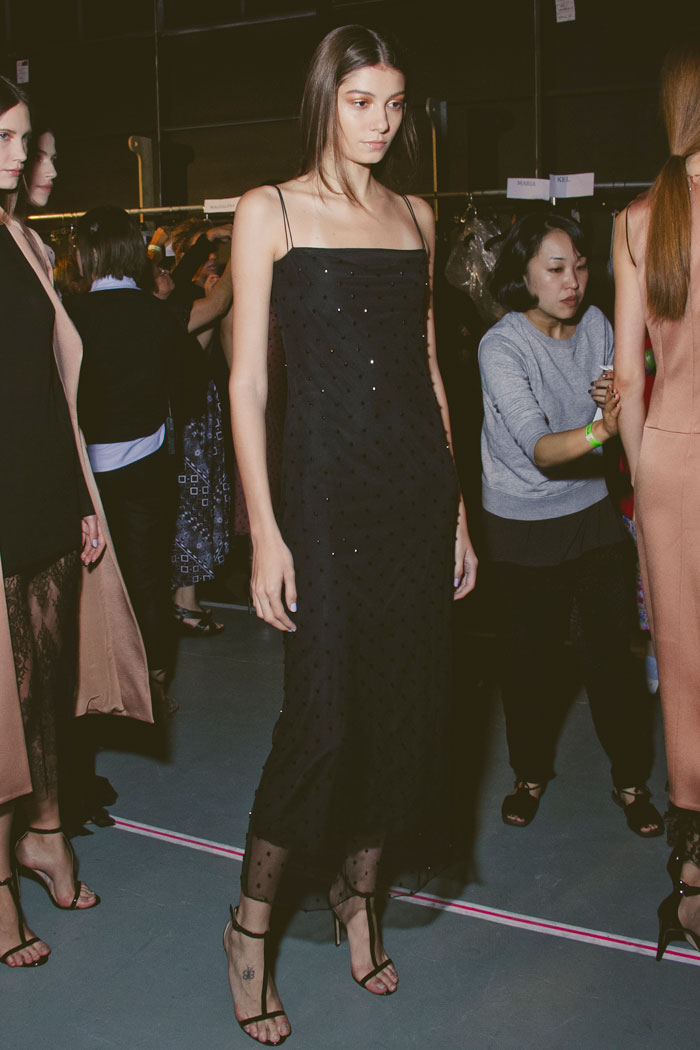 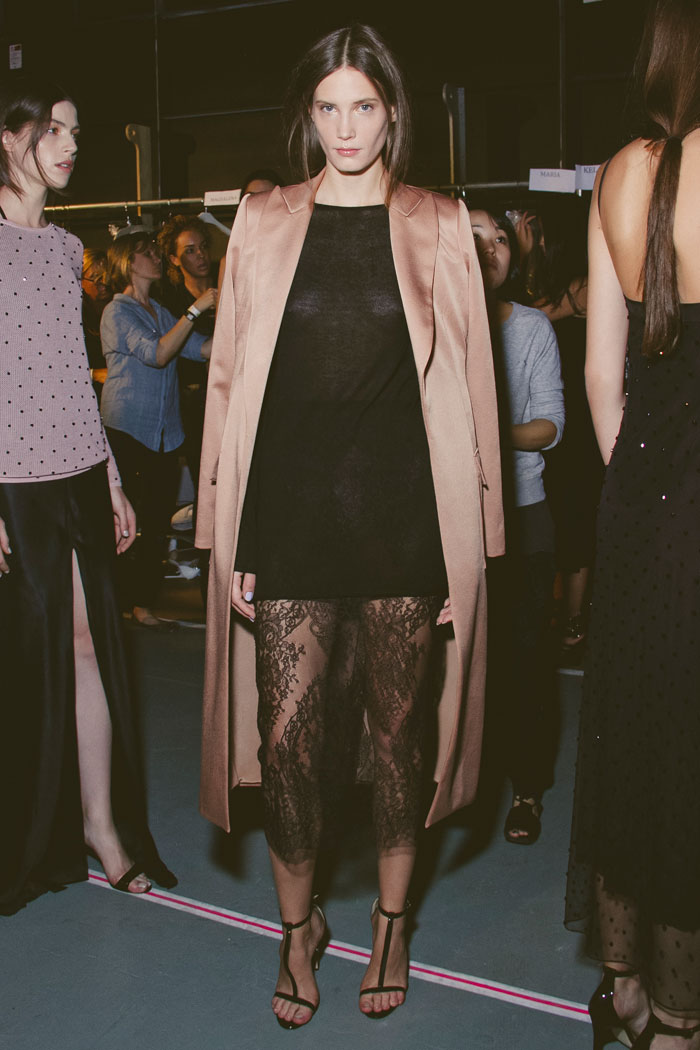 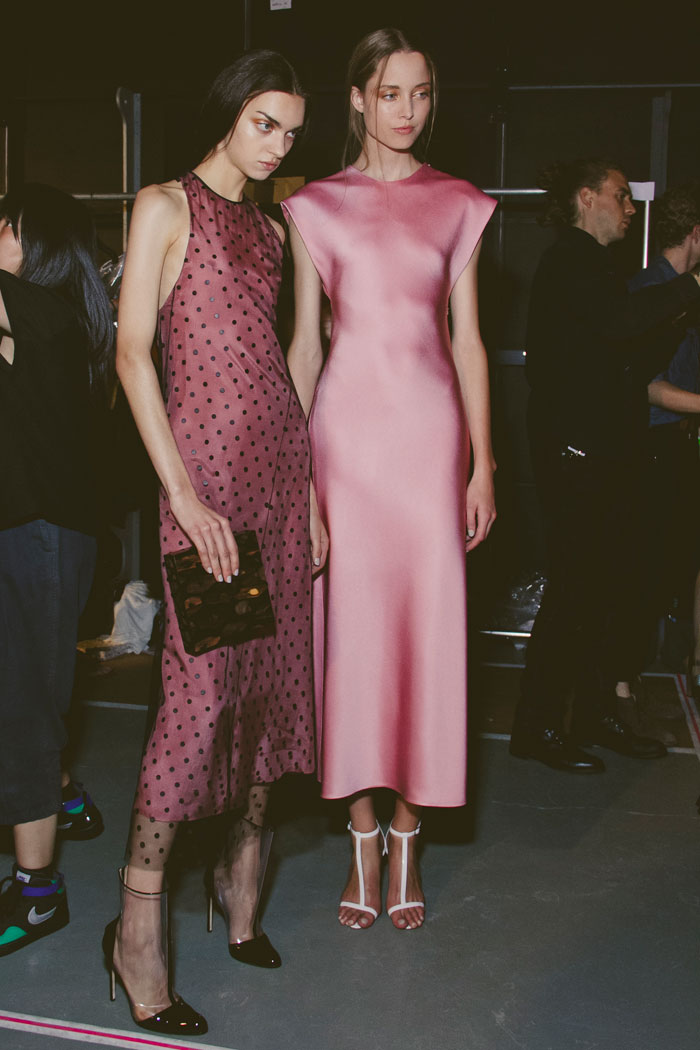